Time is ticking by, and trips that were crystal clear in the memory are beginning to fade a little. Thought I should start to jot down the memories of some of the older trips which took place back in the days of dial-up internet.

Back in 2003 – a year blessed with many fantastic, sunny weekends – we took to hill-walking.

Starting with a McNeish “100 best walks in Scotland” (£25 picked up for a tenner) and moving on to an SMC Munro guide, we picked up pace fairly quickly (although independence from route guides took a couple of years to emerge).

A blistering sunny weekend in Fort William saw us out round the Ring of Steall for the first time on the Saturday, then out for Ben Nevis via CMD on the Sunday (recapturing the delight of seeing these for the first time combined with the frisson of self-doubt about how we’d manage would be a fine thing).

We set off early, in the mist on a promise of later sunshine. Back in ’03 the North Face path from Torlundy had a reputation for being mud soup prior to its later reconstruction. We set off from Glen Nevis and ascended the Tourist Path to the halfway lochan.

From there we dropped down into Glen a’ Mhuillin. A still, misty day we were assaulted by midges, the pathless heather was sodden and my boots were filled and we were unnerved by the absence of path, being inculcated to pathed routes.

We pressed on and, crossing Allt a Mhuillin we still thought that a path on CM’s route must be present wending up CMD.

No path emerged so we plowtered uphill in the mist in a degree of dudgeon.

Uphill progress was fine, it turned out pathless, thin vegetation made for decent walking after all.

Then the mist, under the assault of the sun, started to break.

The Ben begins to clear: 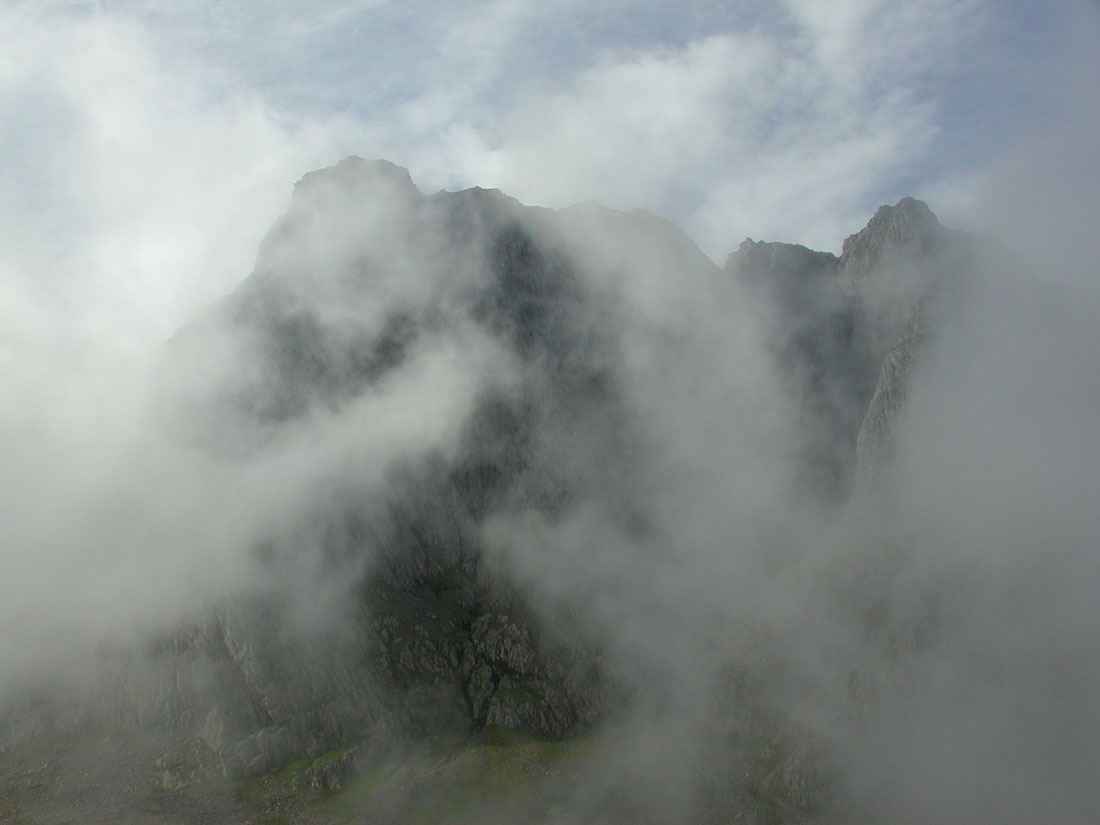 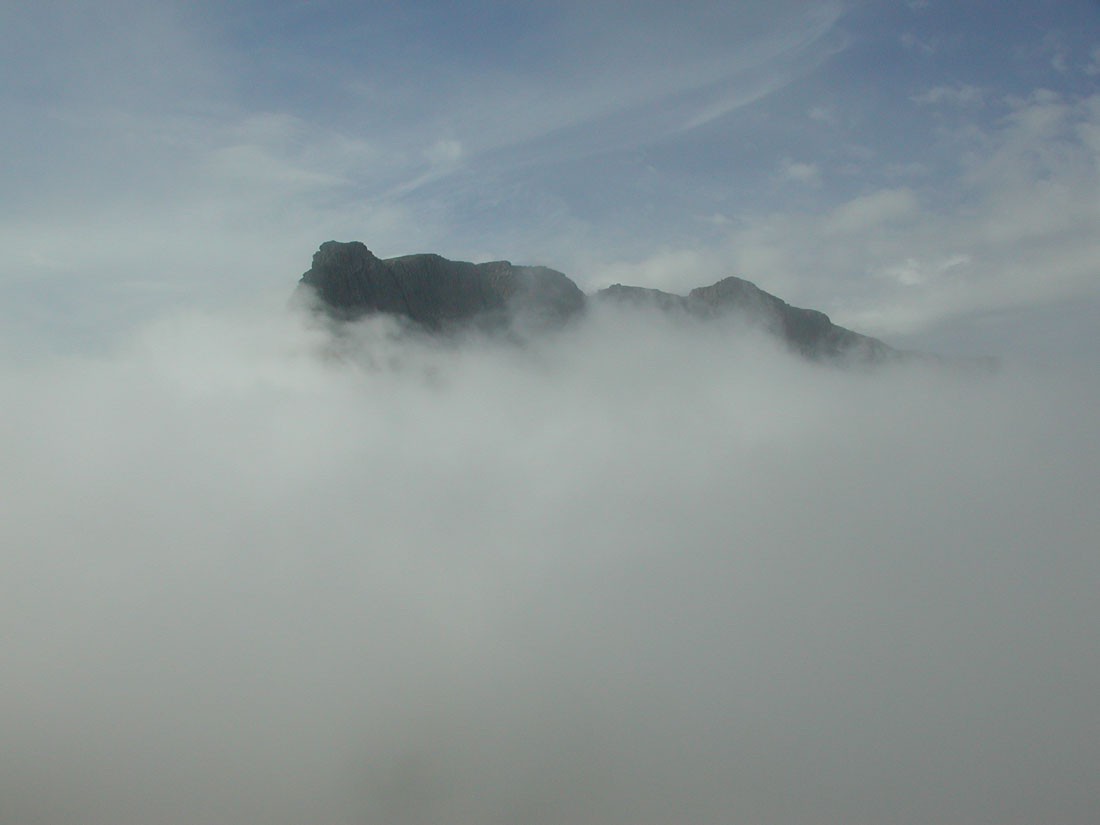 Carried on, the mist clearing, and a cracking day emerged. 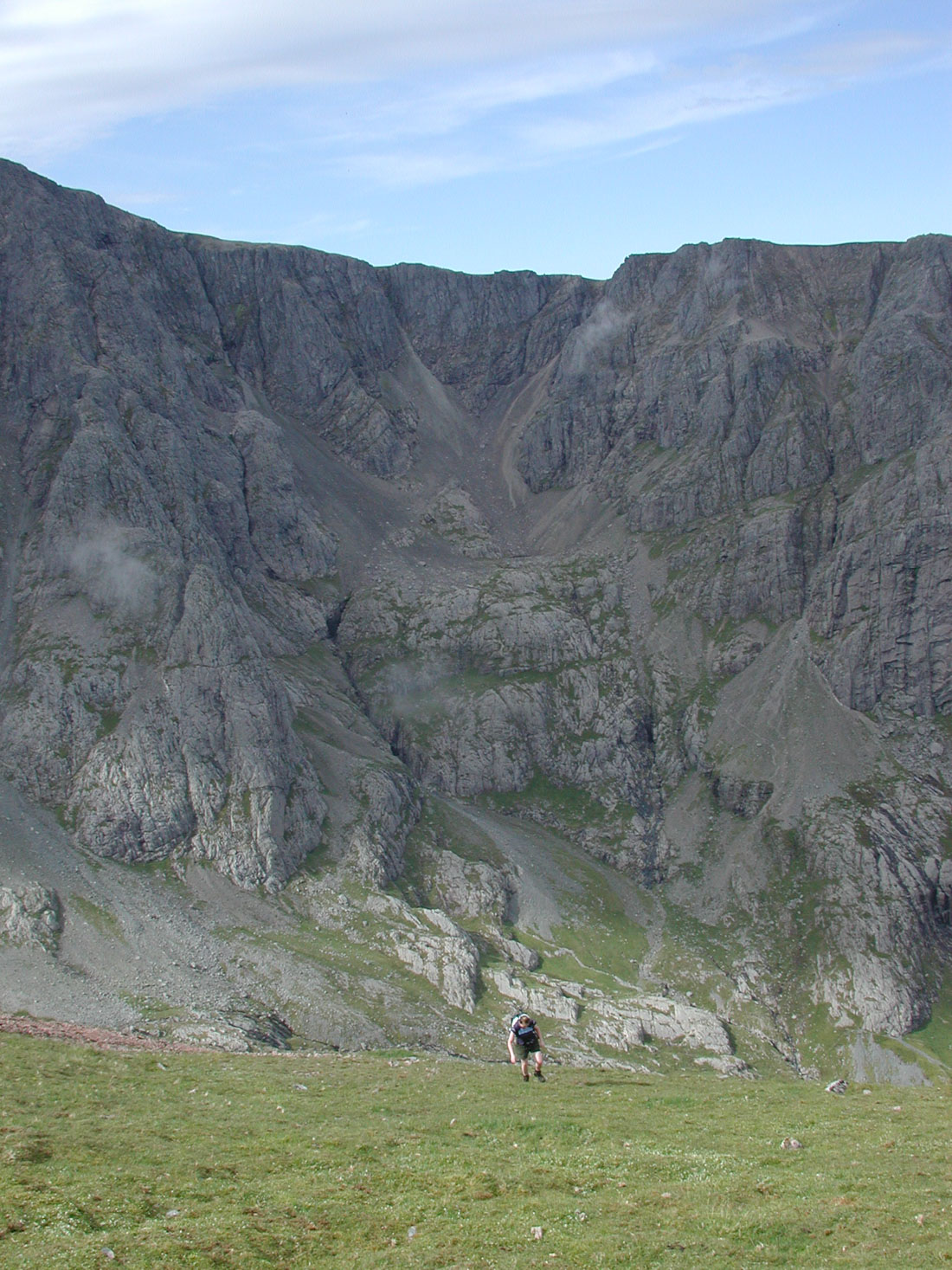 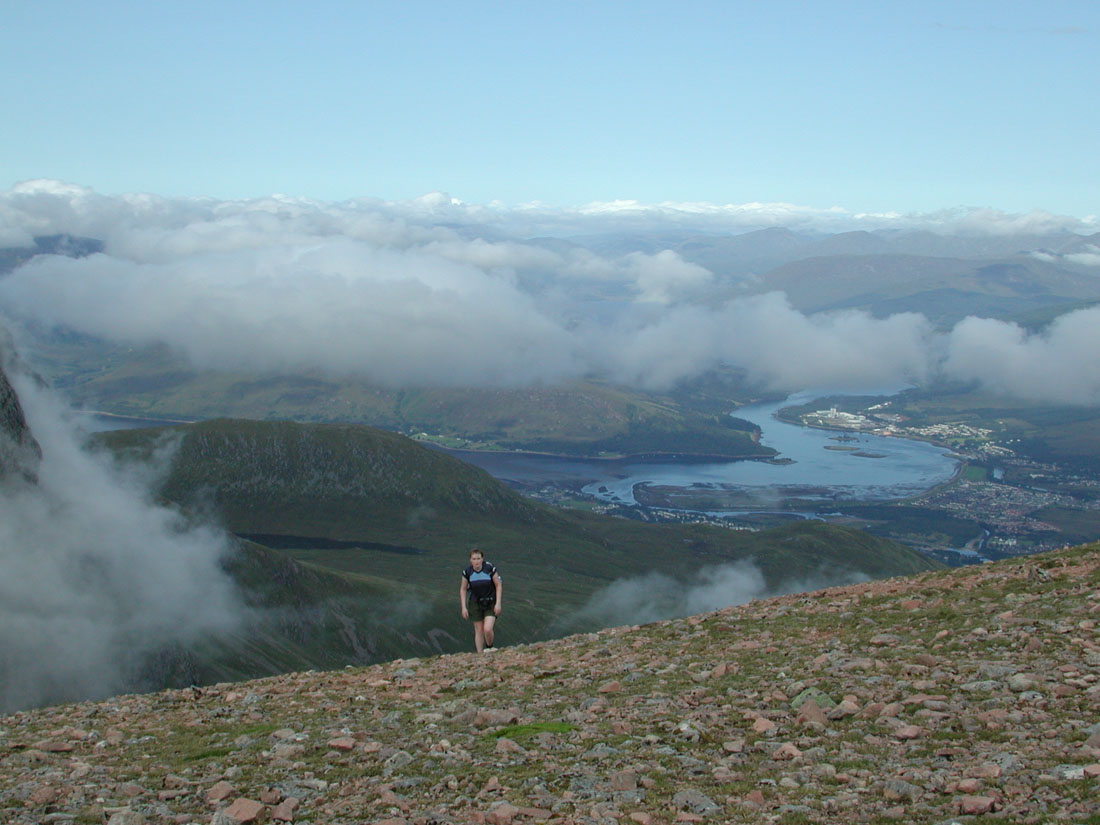 Having started early we had the hillside to ourselves with a very well-timed arrival to clear conditions on CMD. These are the memories that drive you out into clag in the following decades.

Across the arête to the Mamores: 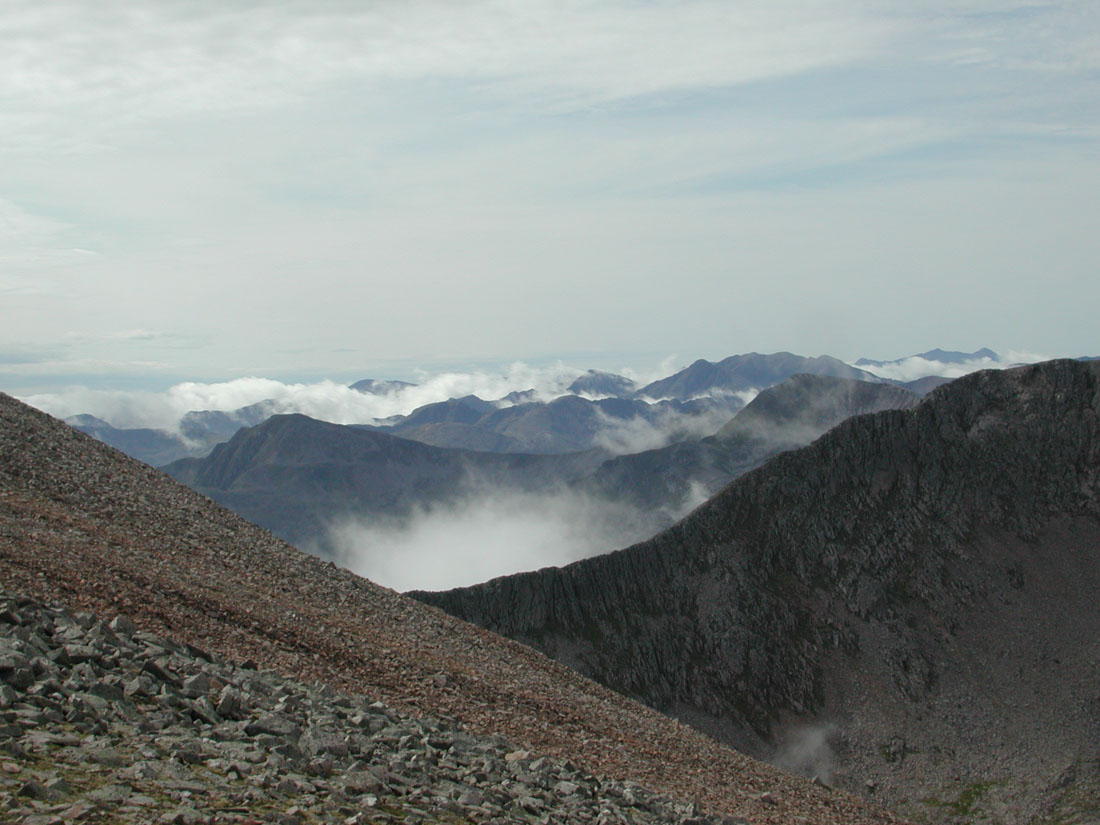 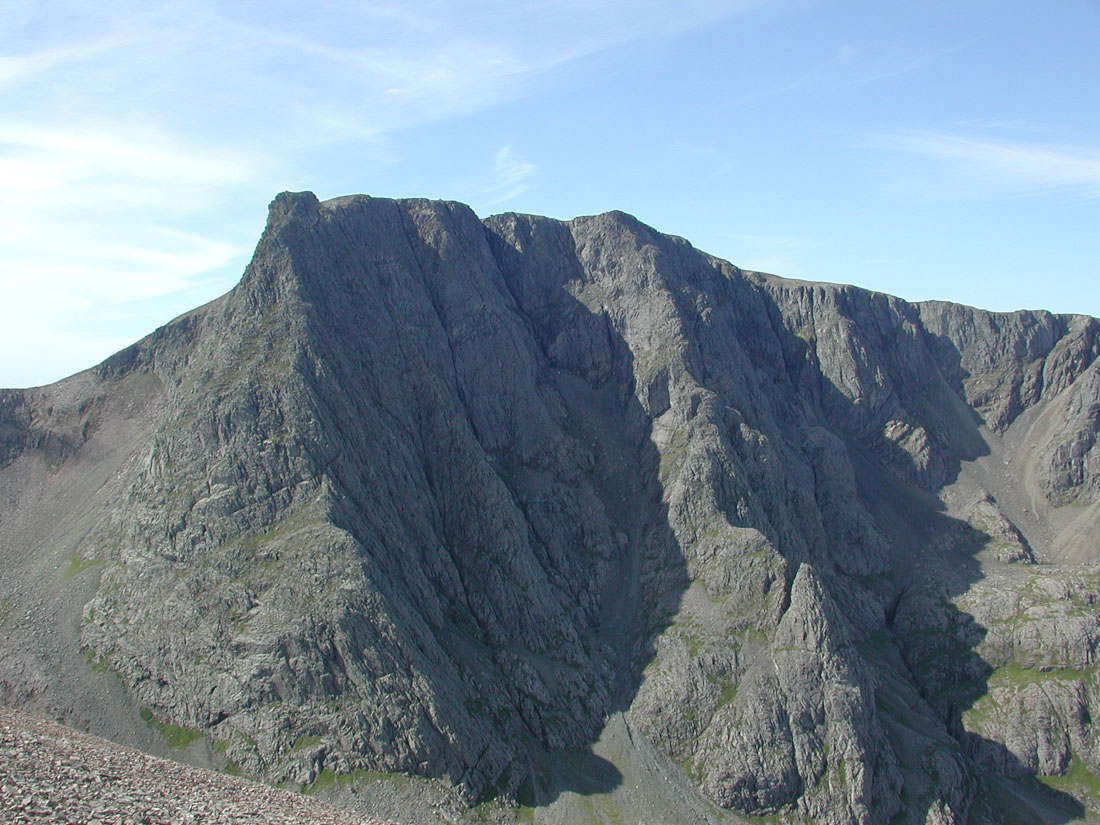 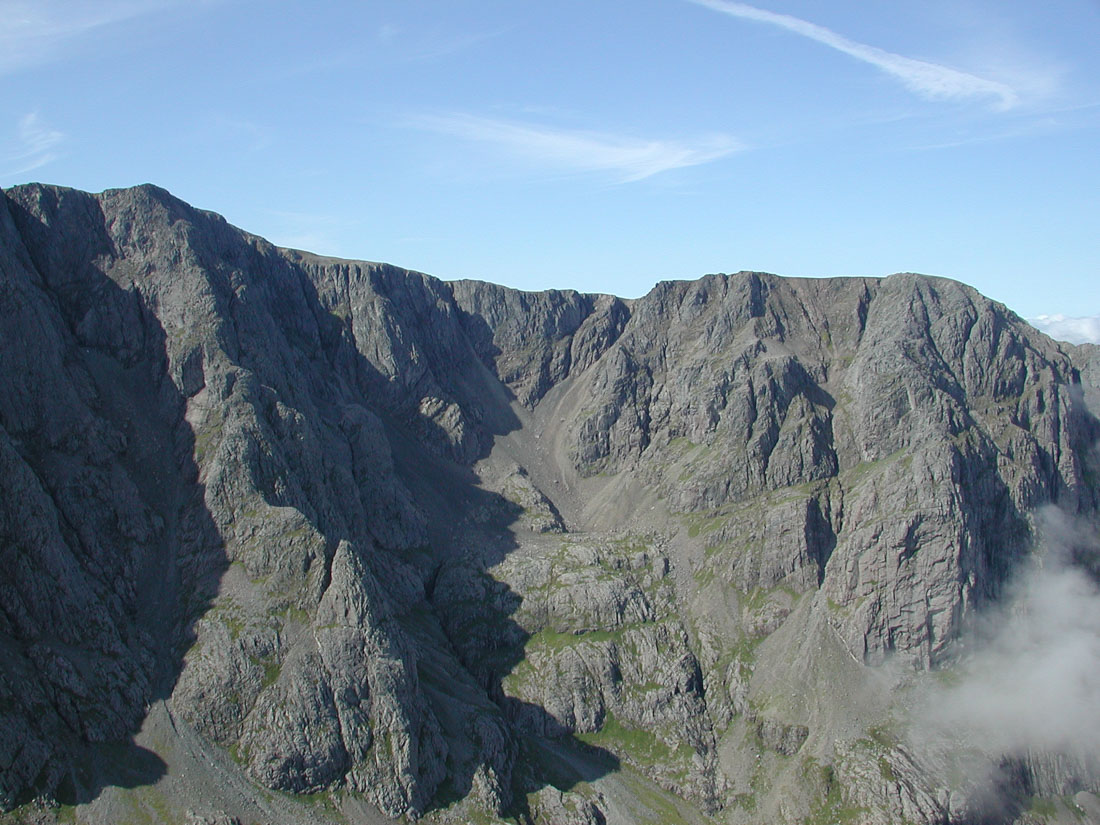 Amazing to be looking down on the hard-won Ring of Steall from the previous day.

A pause on CMD to assess the arête – until you know where your comfort zone is you never quite know whether your route is in it. 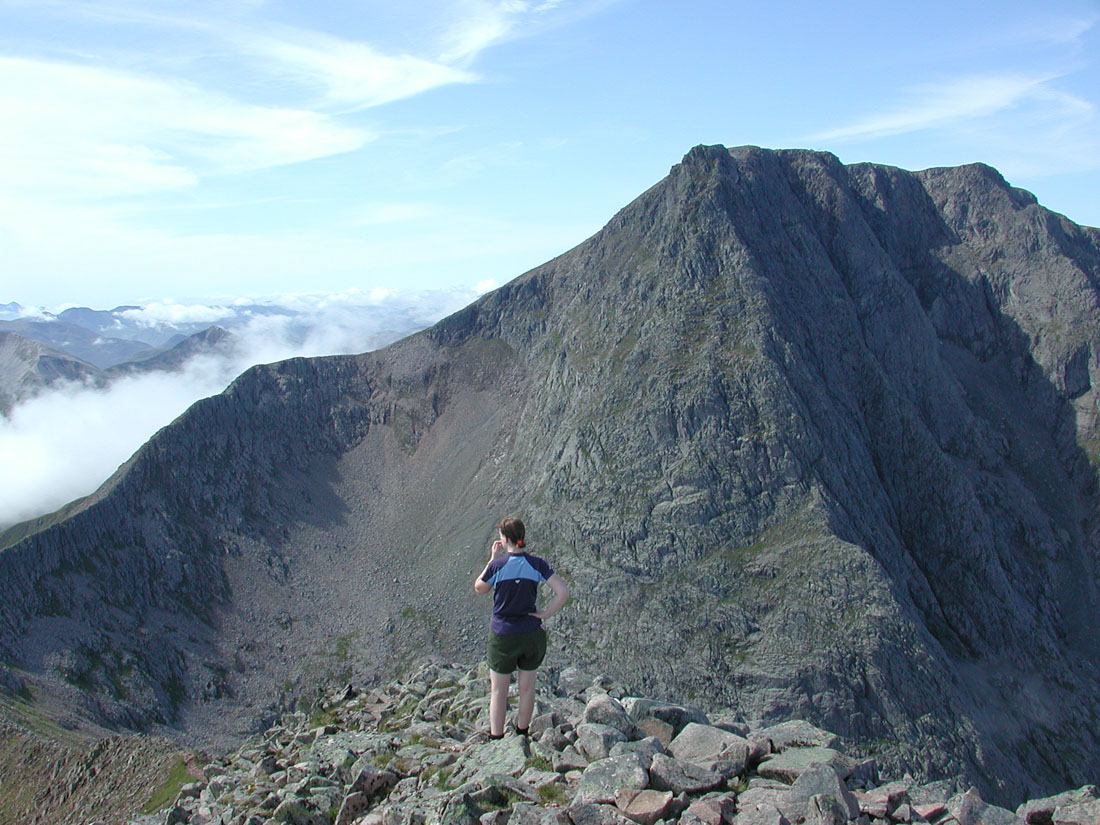 The CMD Arete turns out to be a nice walk – the possibility of neck strain from ogling the views is high. 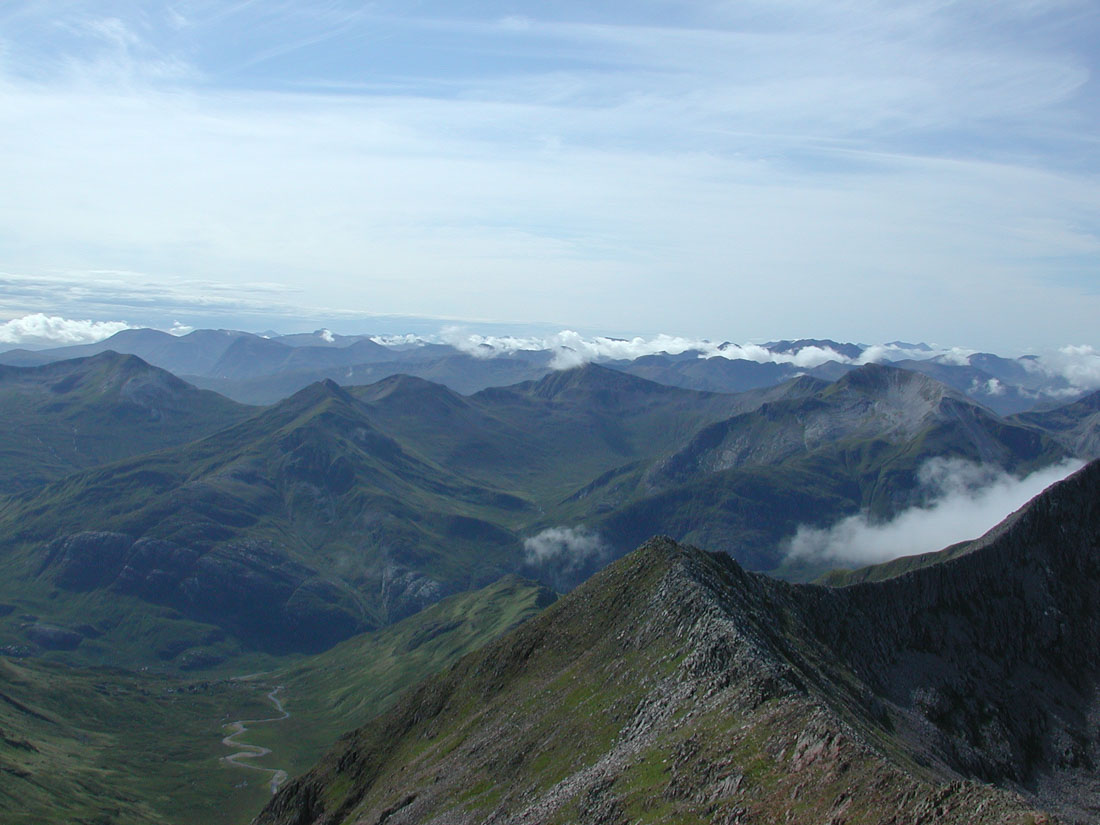 The North Face from CMD: 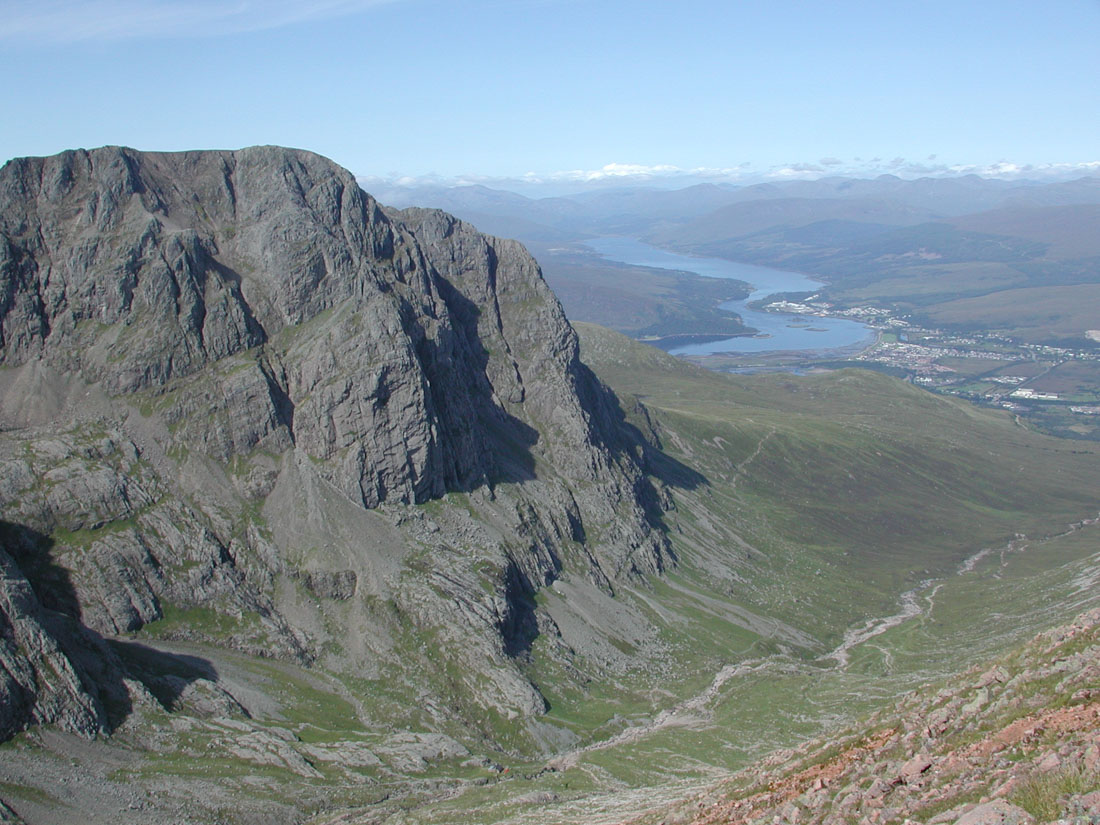 Looking down on the Ring of Steall: 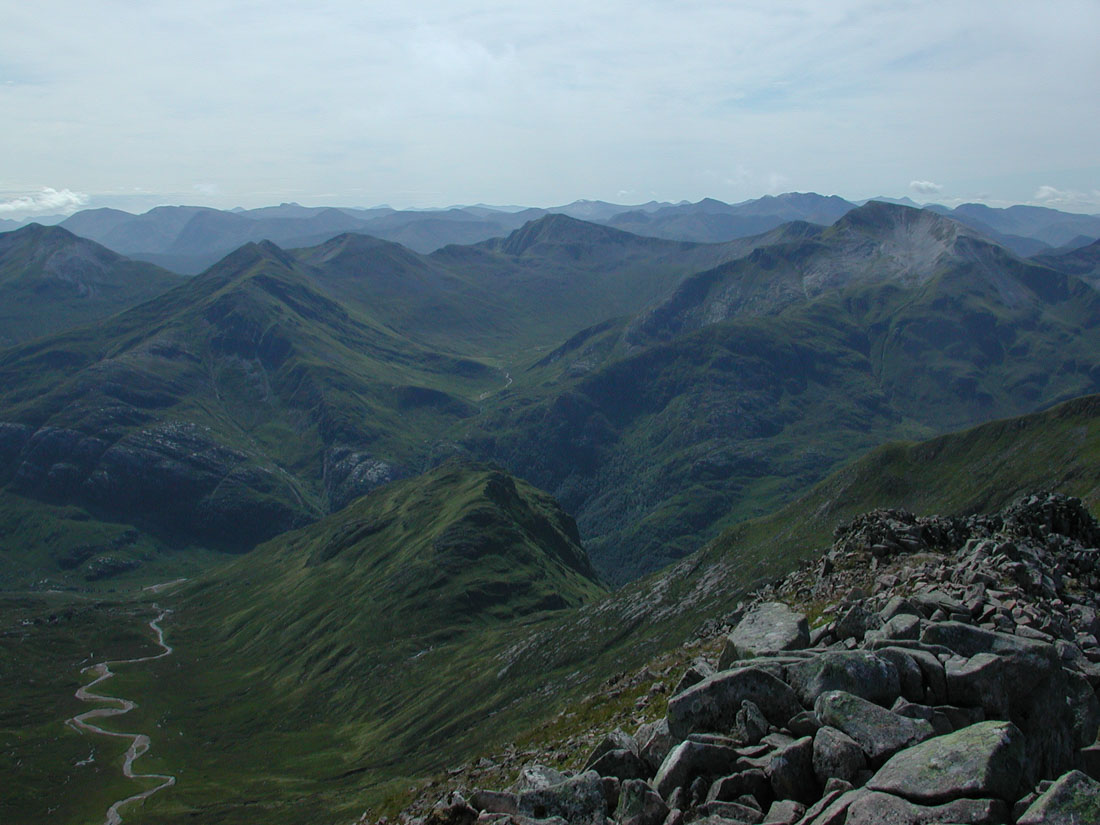 The boulder field from the arête to the summit of the Ben is a bit of a plowter without snow, but without any problems. 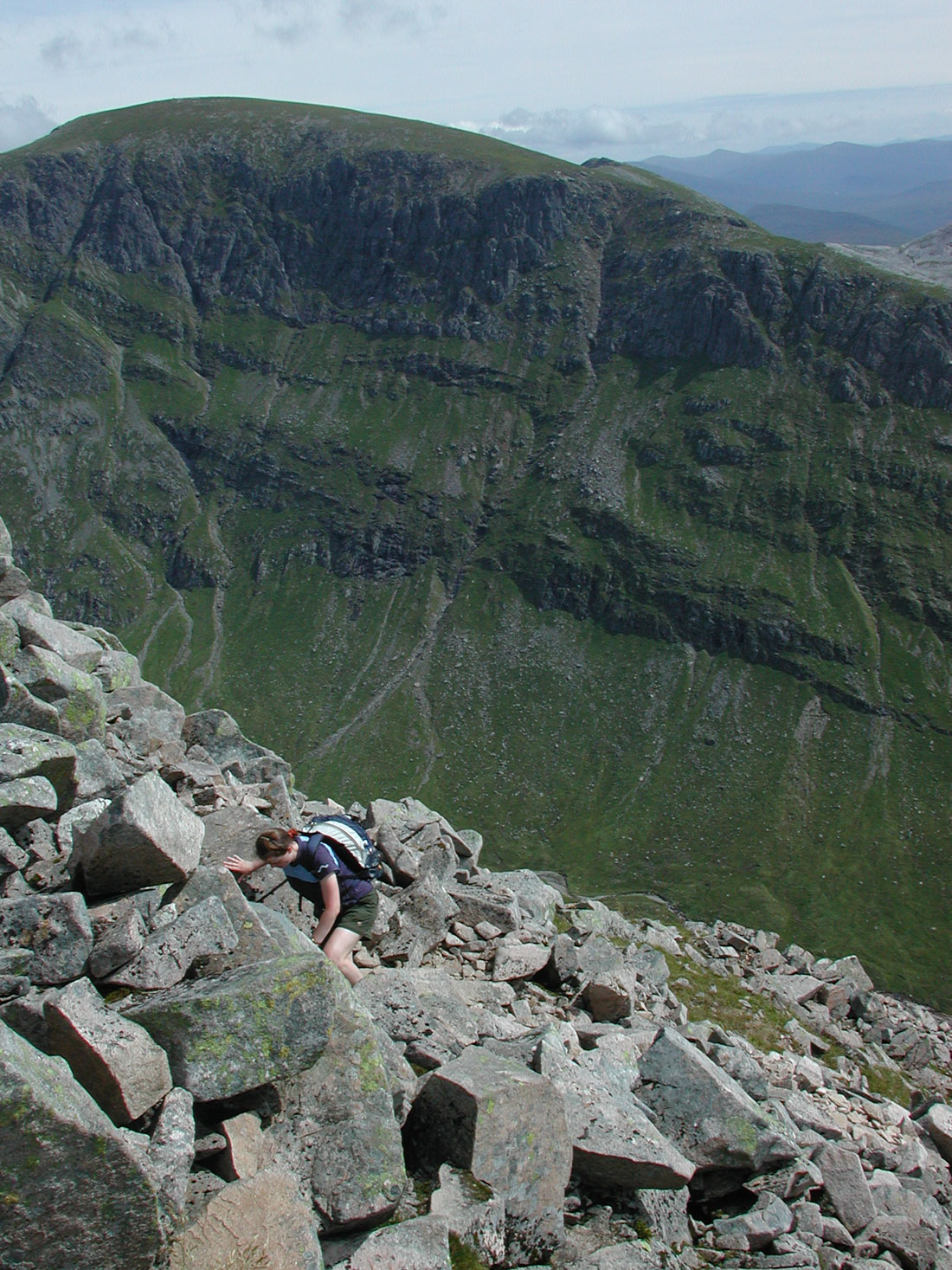 The Ring of Steall again: 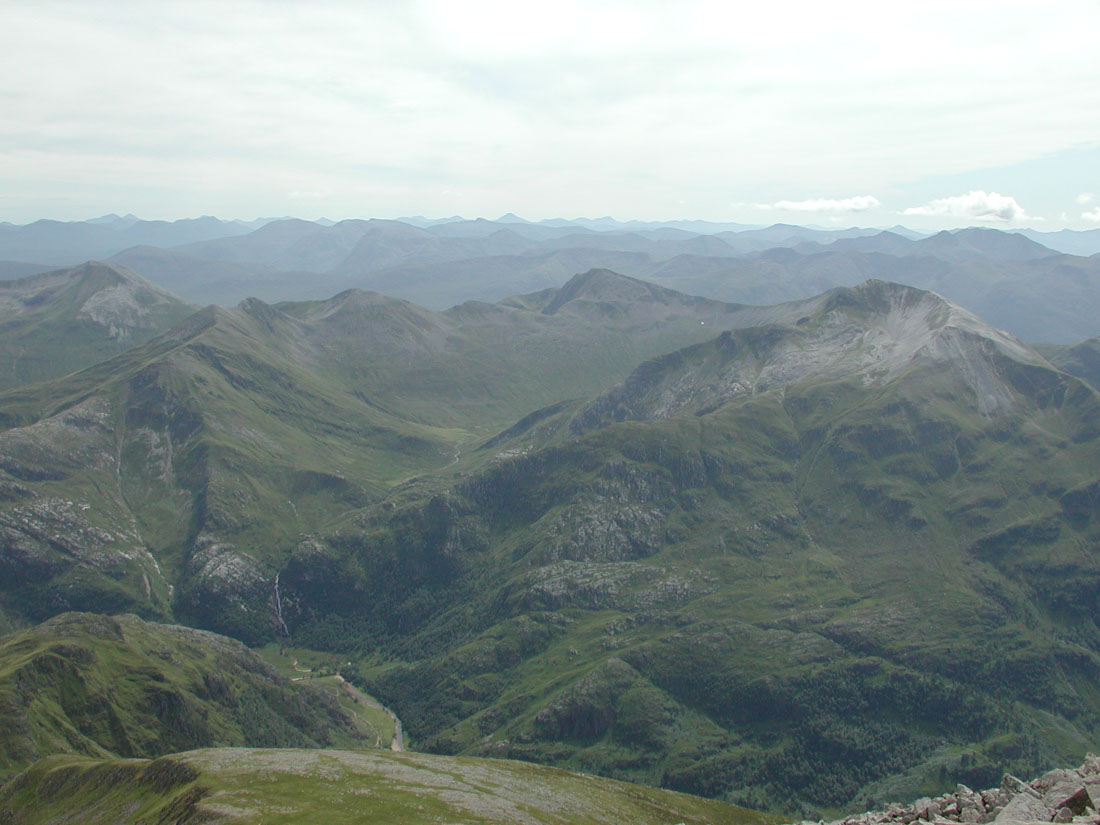 …and finally at the roof of Scotland, and a vista a little wasted on me.

My photos from 2003 have Mull mis-labelled as Arran (FFS). So much Terra Incognito on show for us!

We did wander around to savour the views of whatever we thought we were looking at. 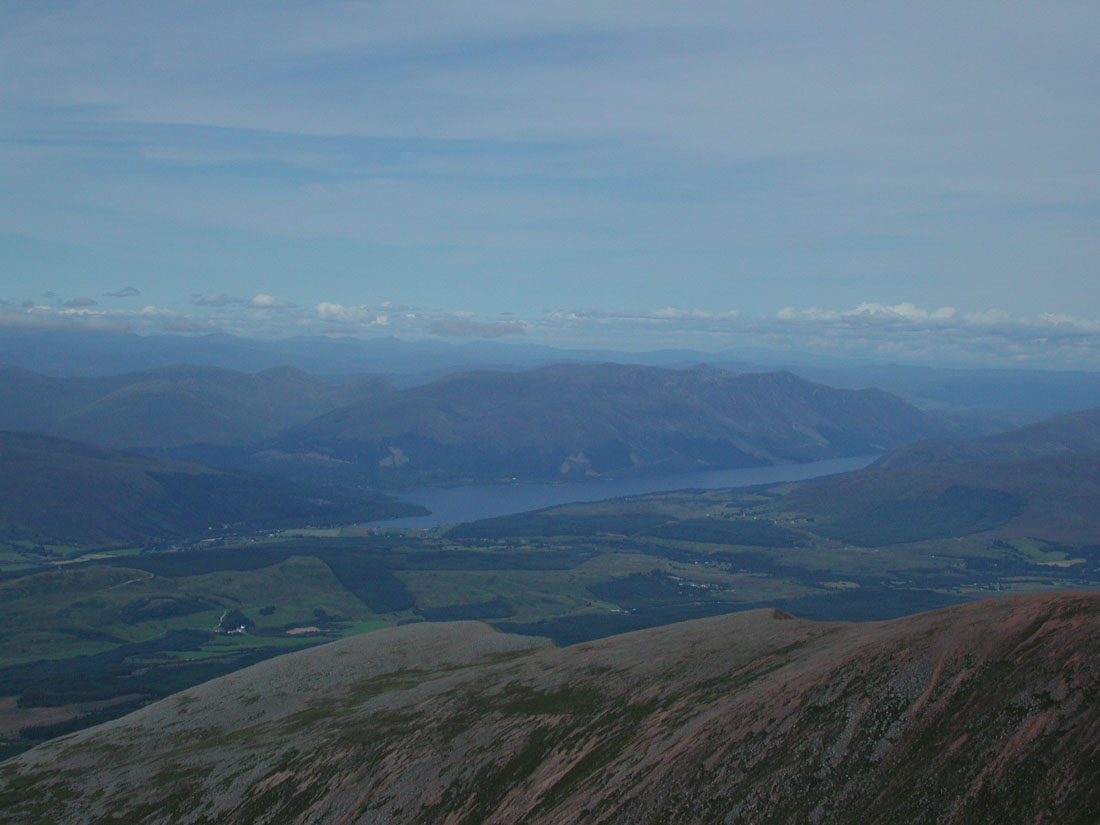 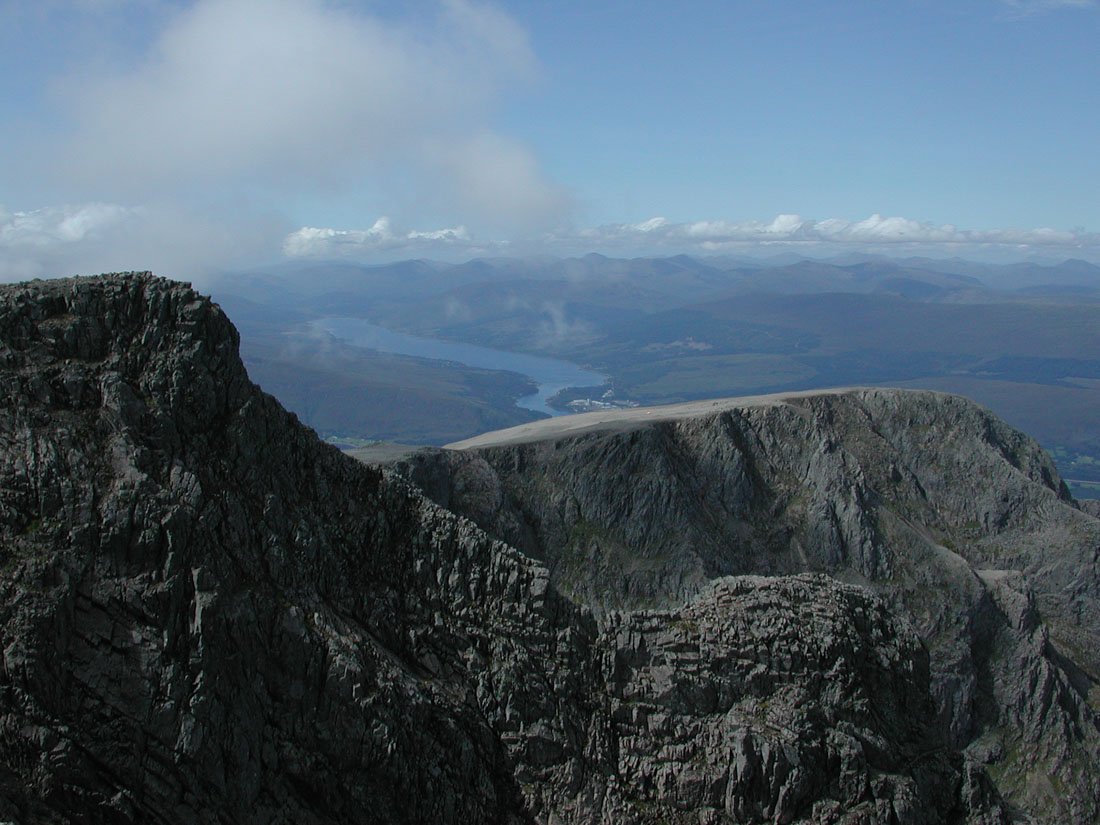 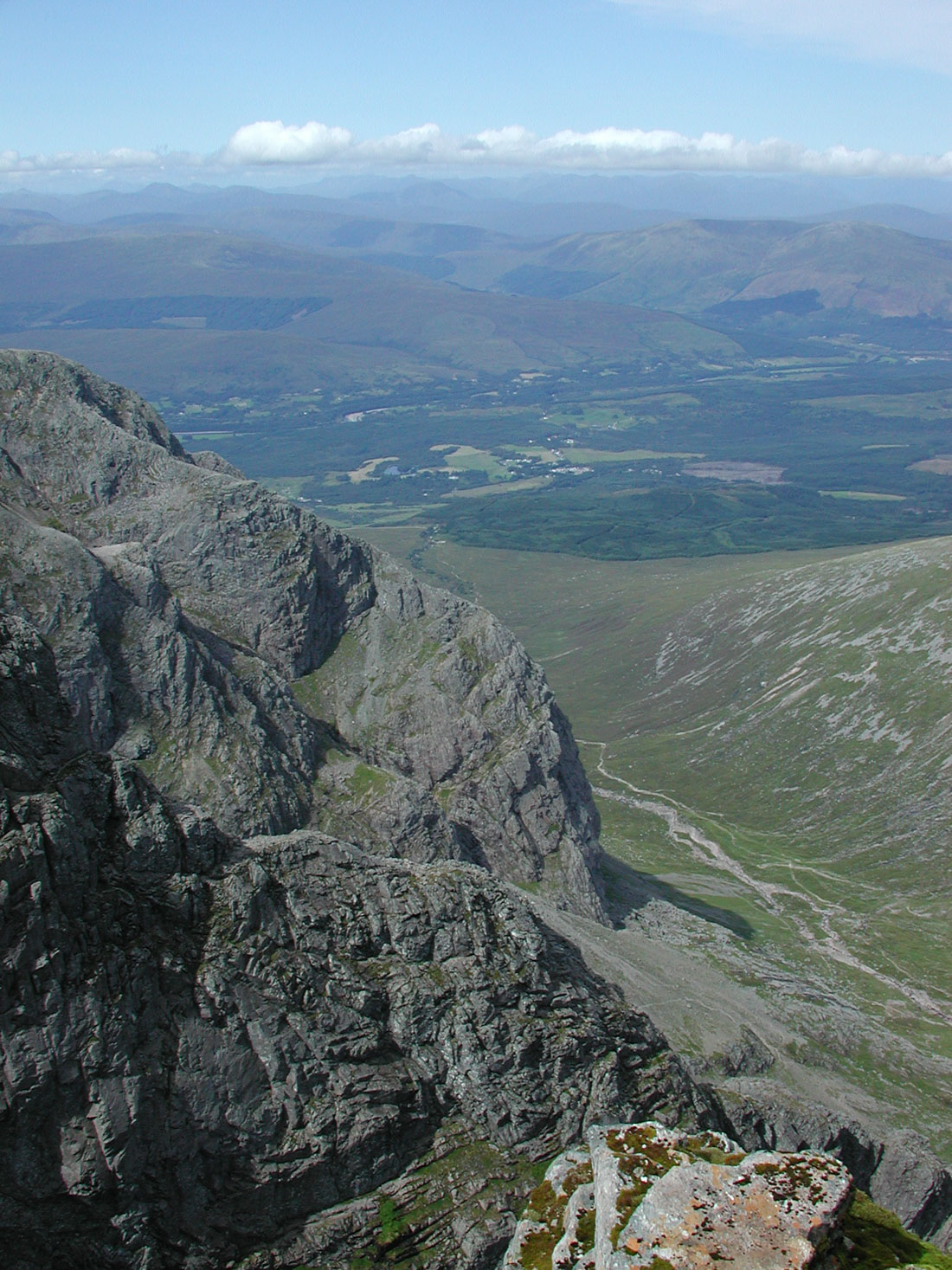 Down Loch Linnhe to Mull: 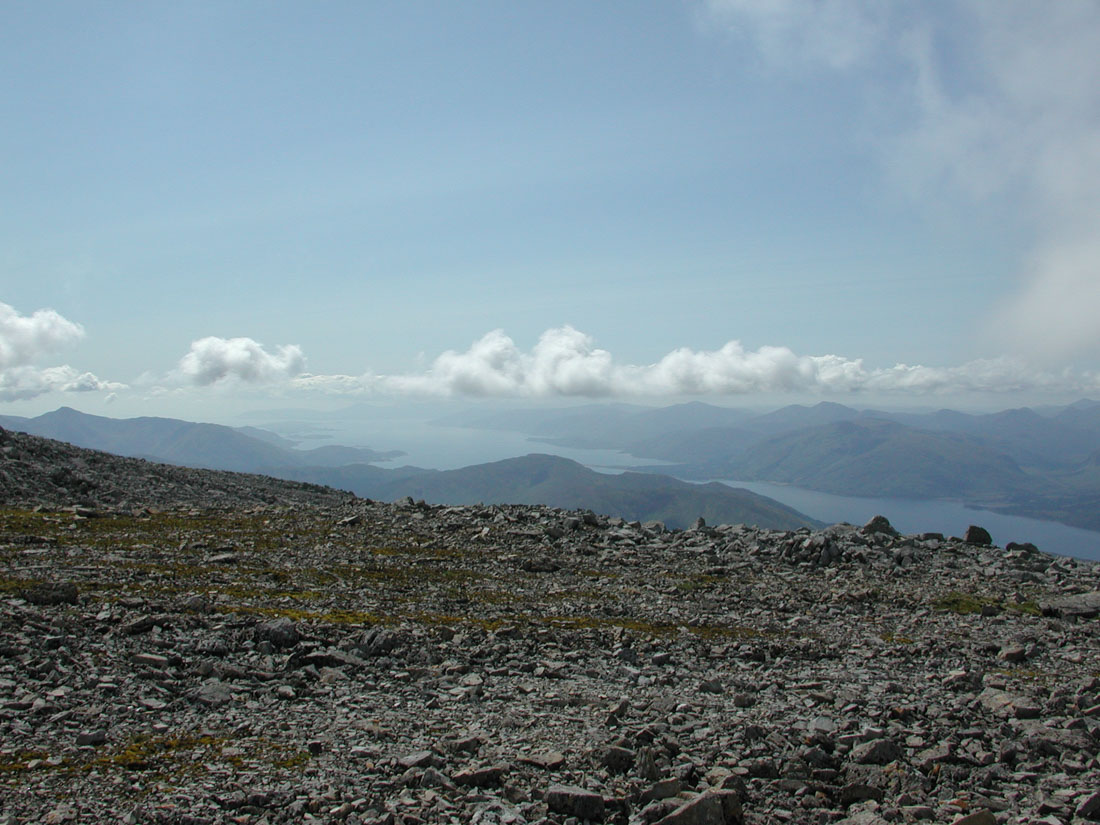 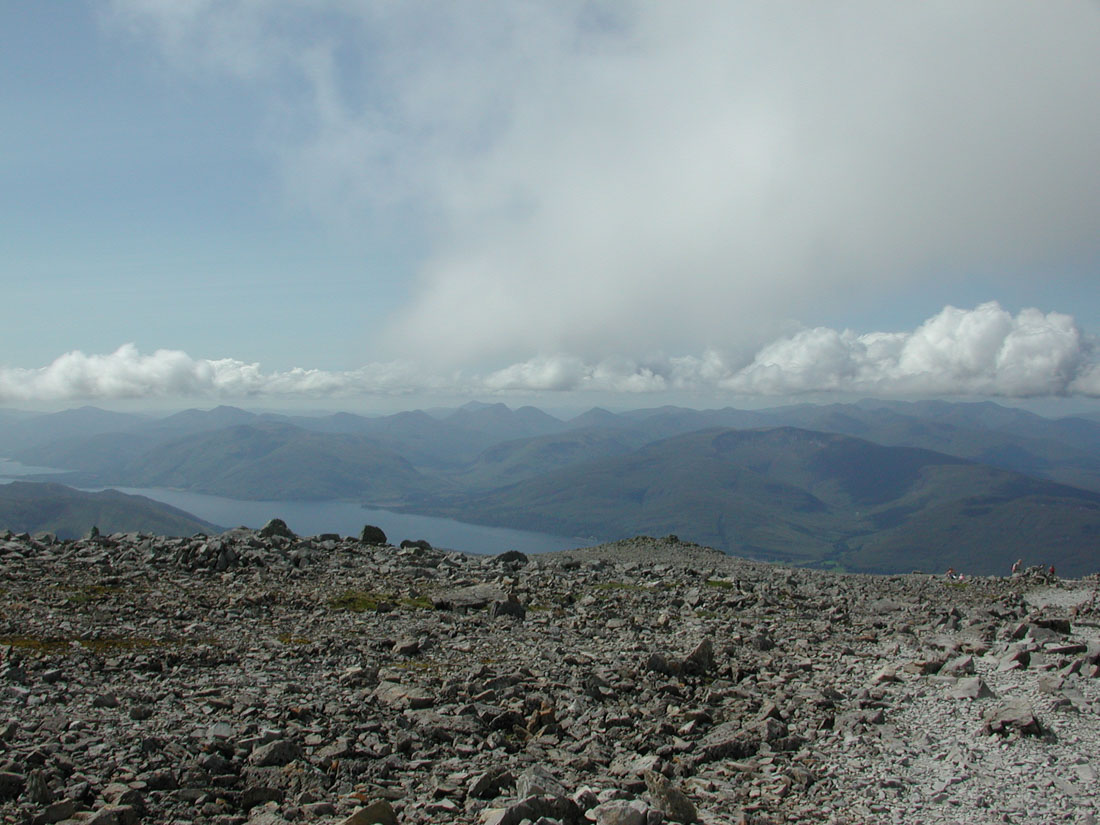 Having said that we hadn’t got so used to Scotland’s emptier hills so perhaps it wasn’t as irksome as subsequent visits. I was probably too knackered to notice though.

Stob Ban and Mullach from descent: 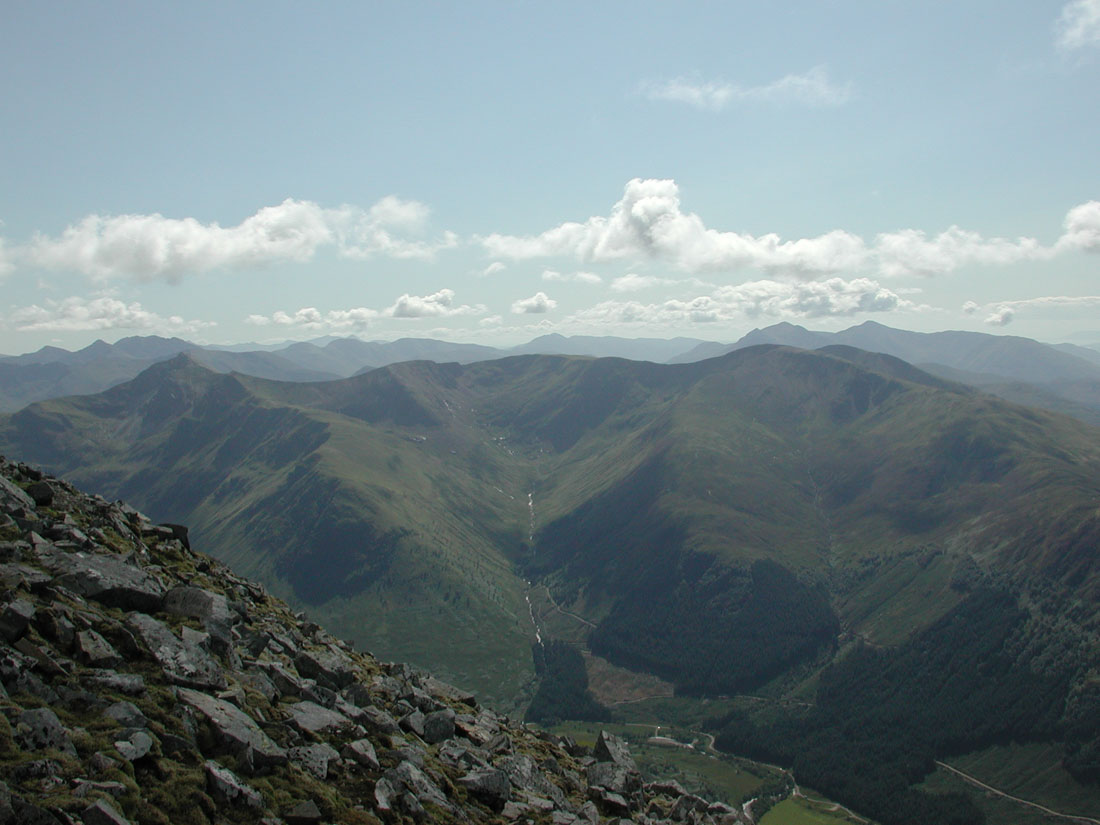 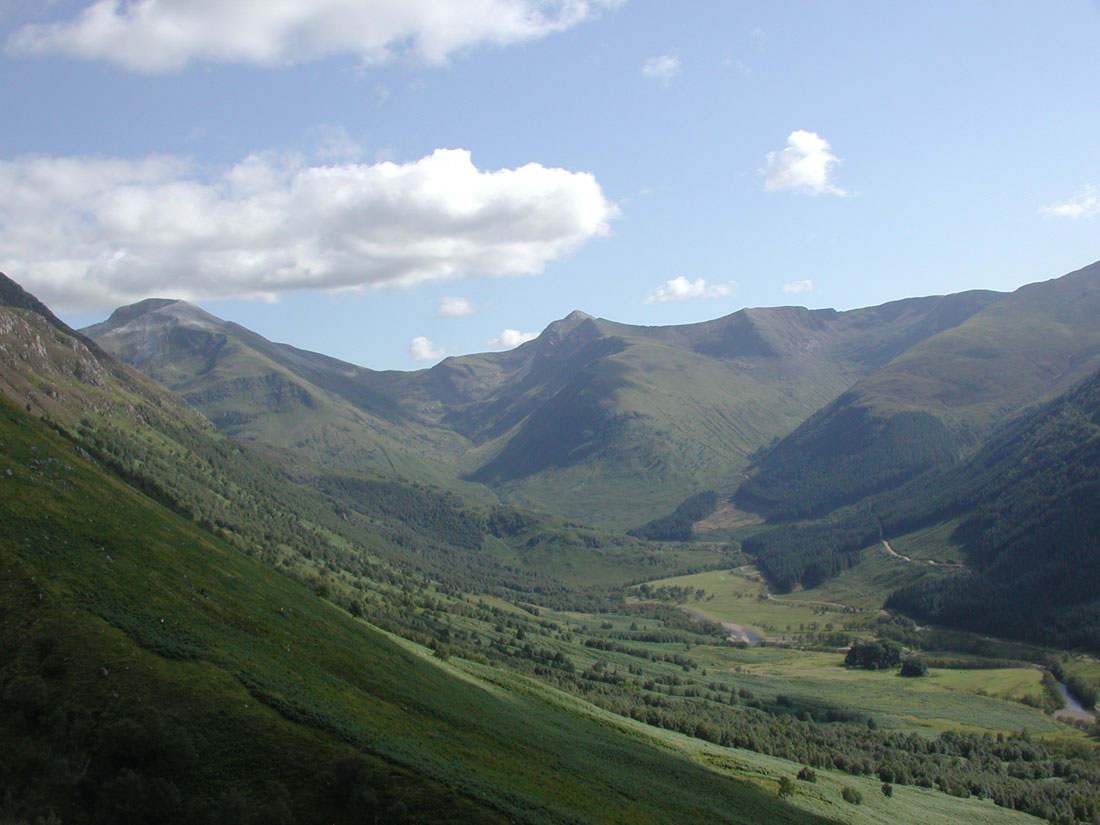 Back down we stayed in what was then the Fort William Travel Inn – for about £50 (which is about a third of the price of an August Premier Inn room in 2017), prior to a stupid o’clock drive south for work on Monday.

Those were the days.