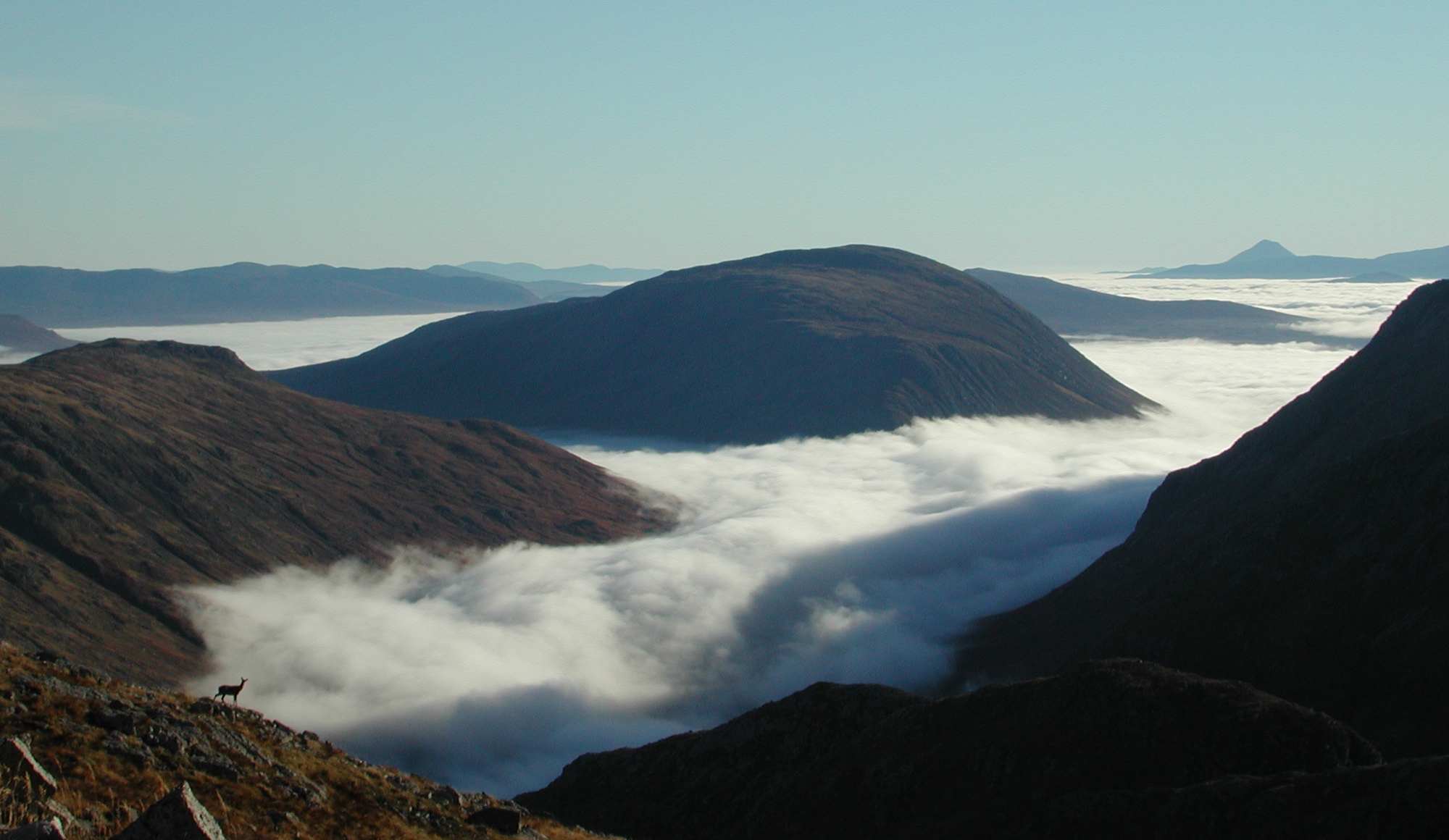 If I was to identify a “point of no return” in my hill-walking obsession, it would probably be October 2003.

Being between posts I’d managed to wangle a few days staying at the Clachaig and doing the Etive Mor, the Aonach Eagach and Bidean nam Bian over a set of weekdays that amounted to an Indian summer.

Hazel came up after work on the Friday to join me at the Clachaig and we were out the next day to head up Bidean (again for me and as a first for Hazel).

We were up early and dawn rolled up the Eagach: 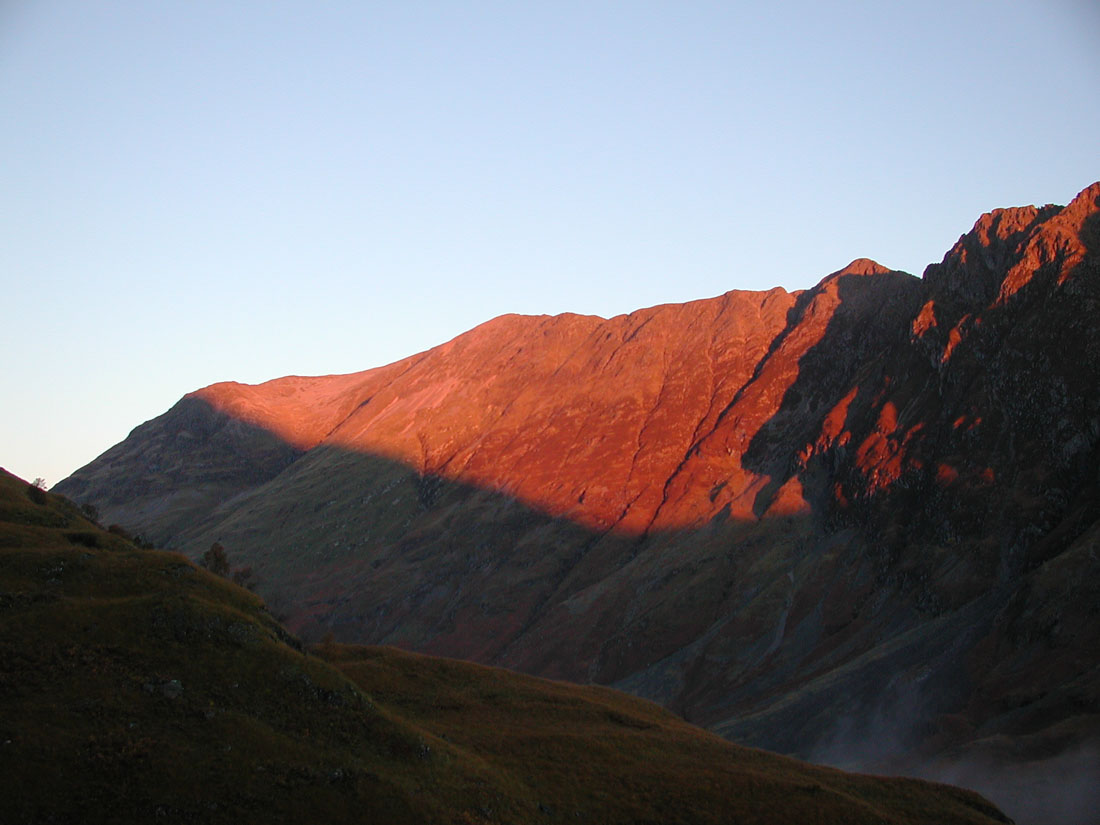 Mist was rolling down Glen Coe off Rannoch Moor: 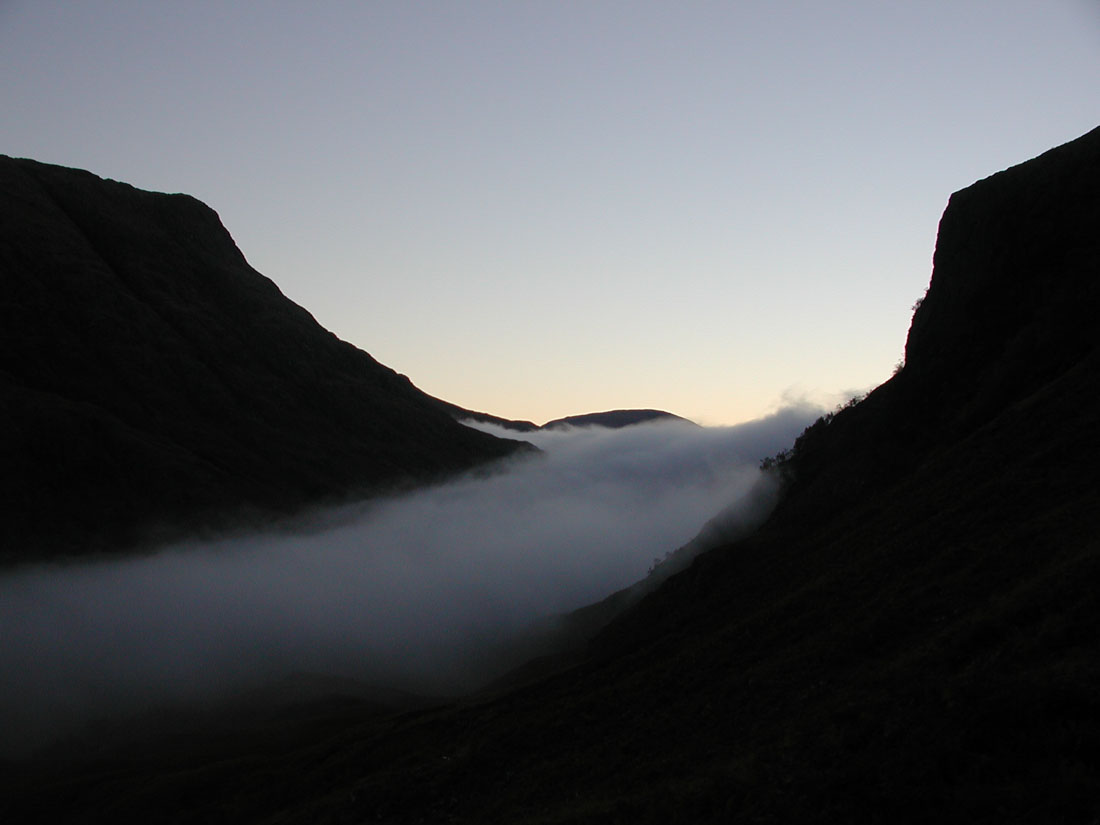 We headed up the NTS path to the area between Gearr Aonach and Aonach Dubh. 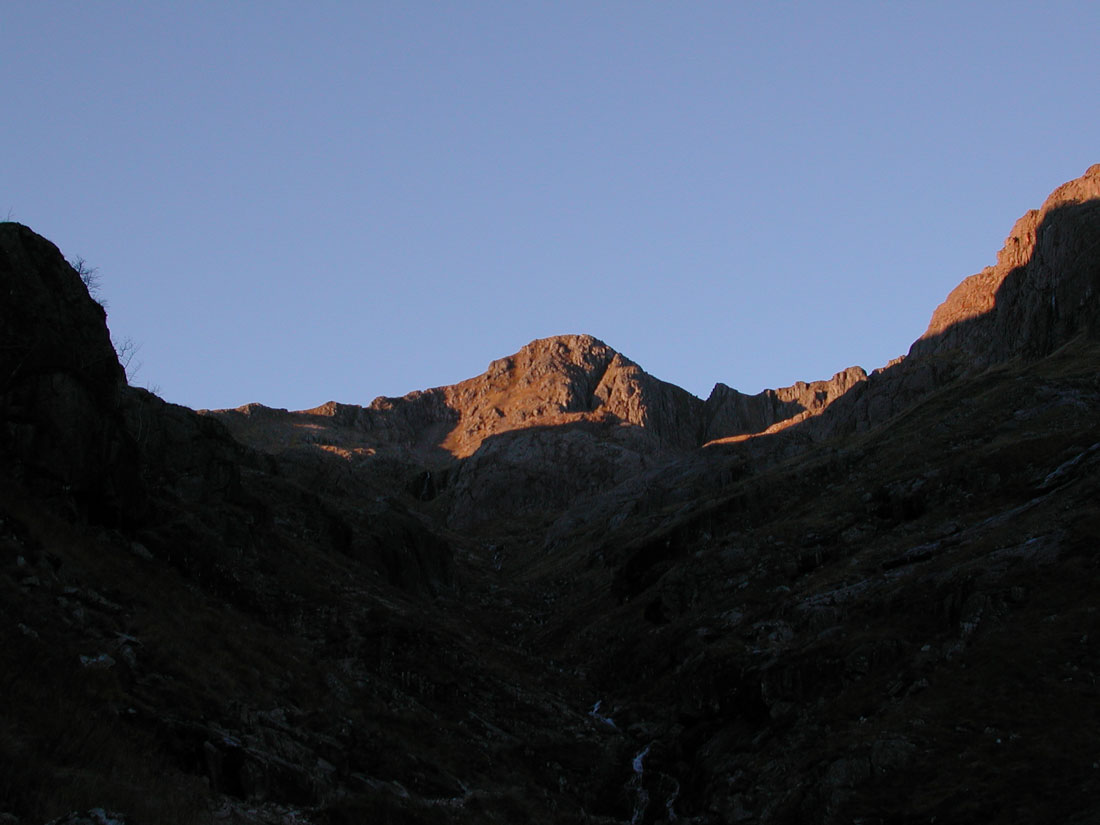 …and then up into the ssun in the hanging valley under Stob Coire Nan Lochan: 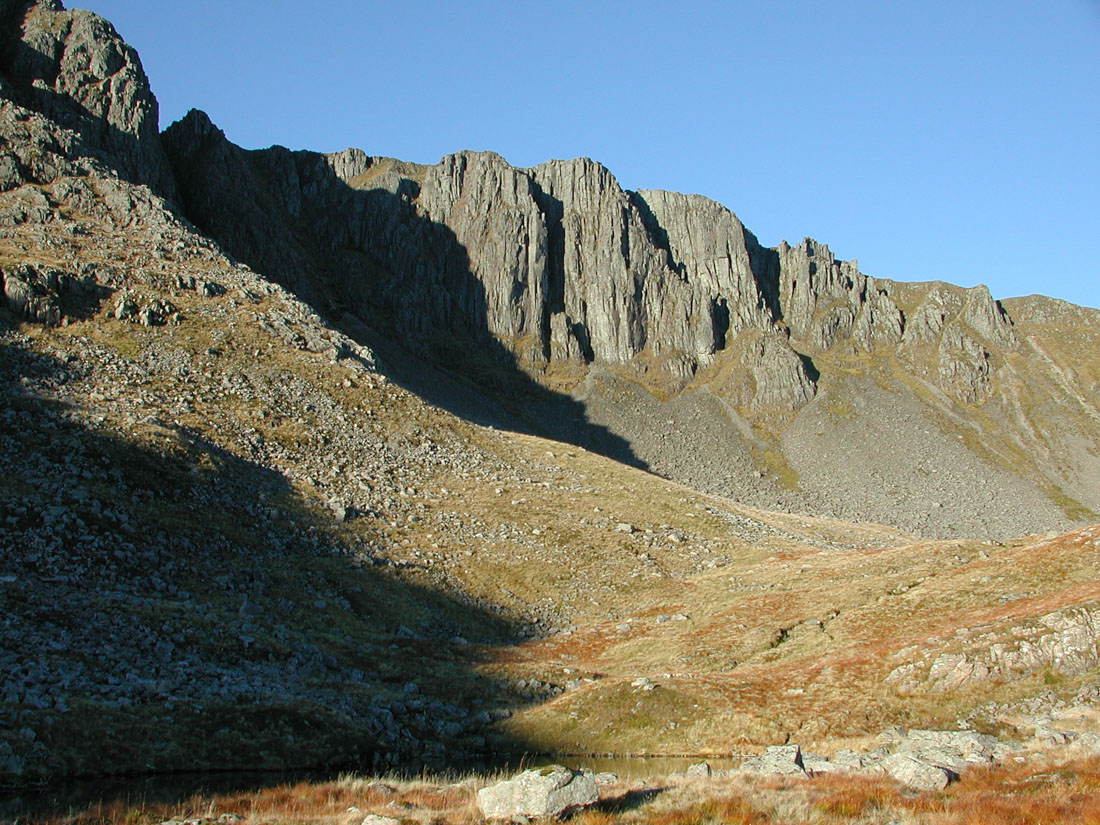 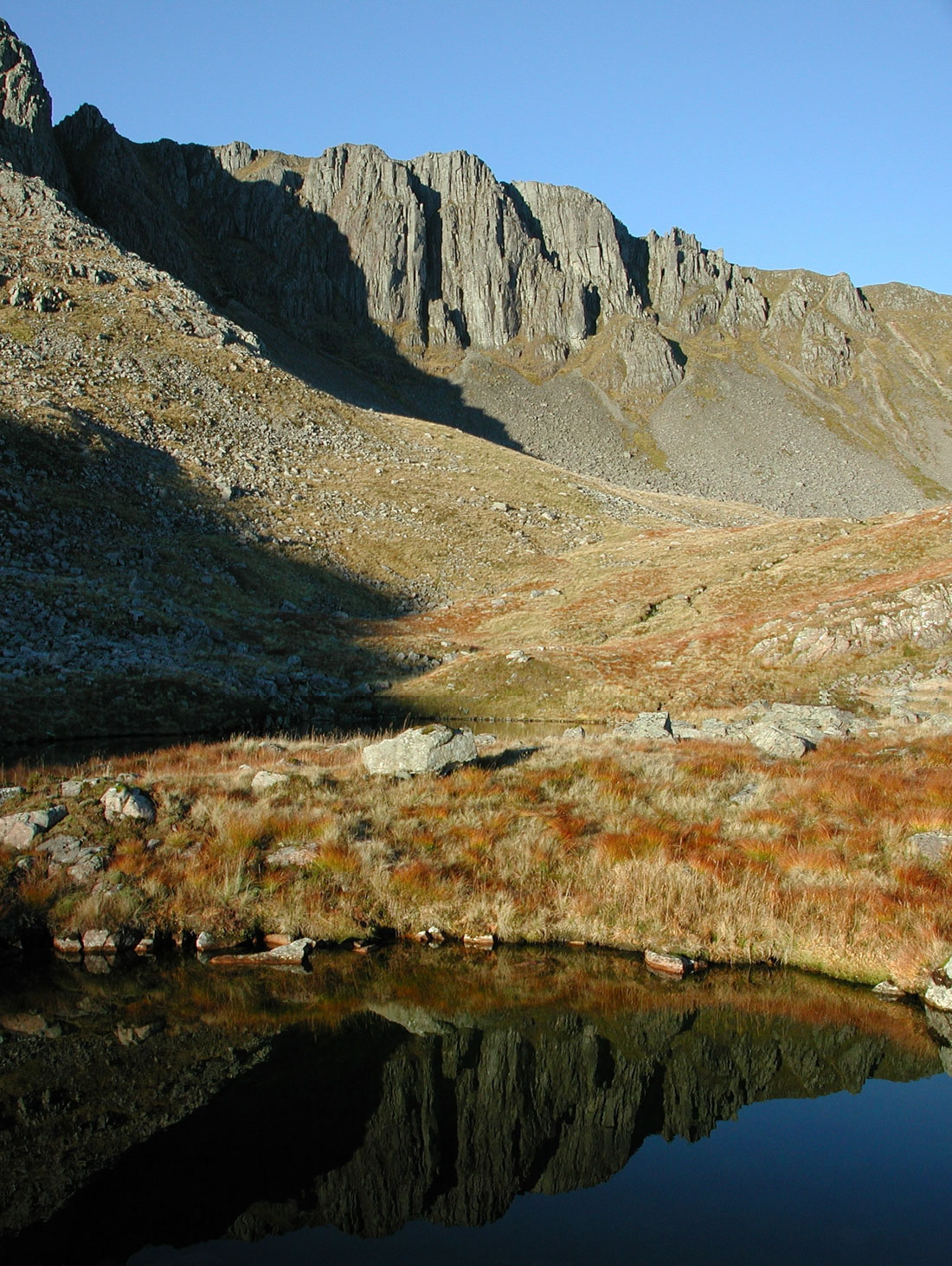 Up here a stag was resting during the rut, he seemed neither pleased to see us nor keen to wander off. 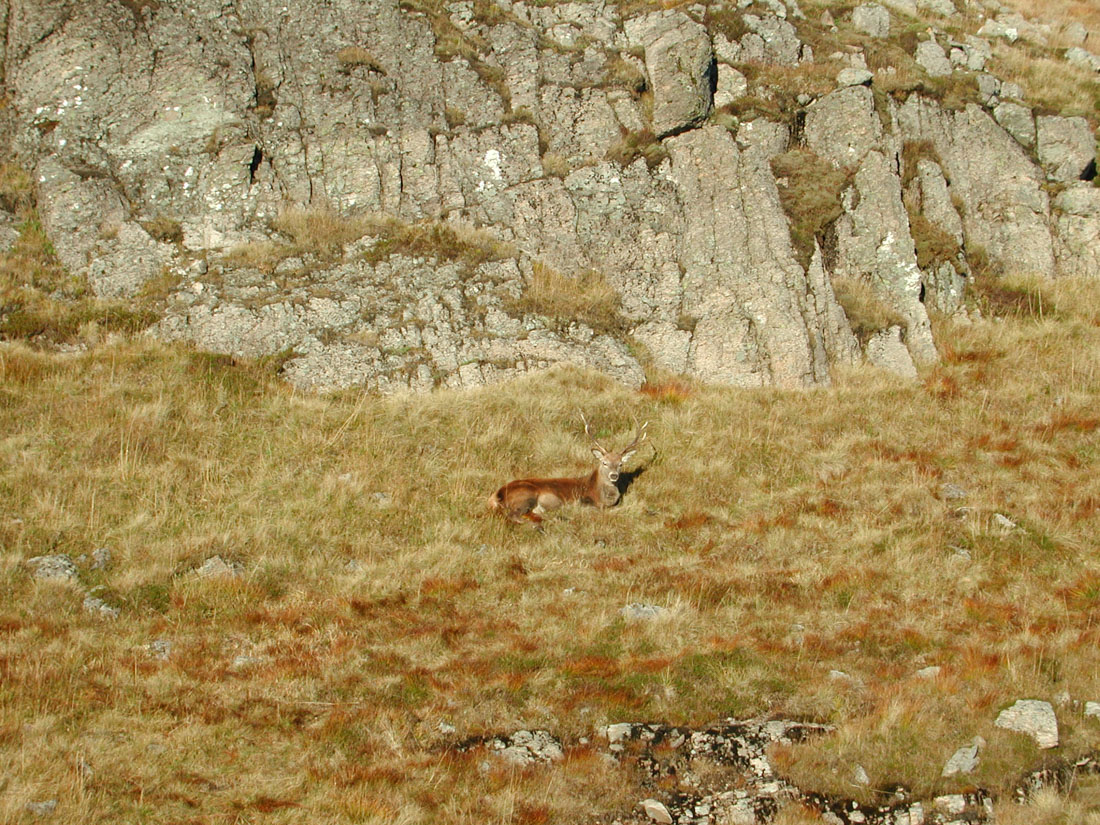 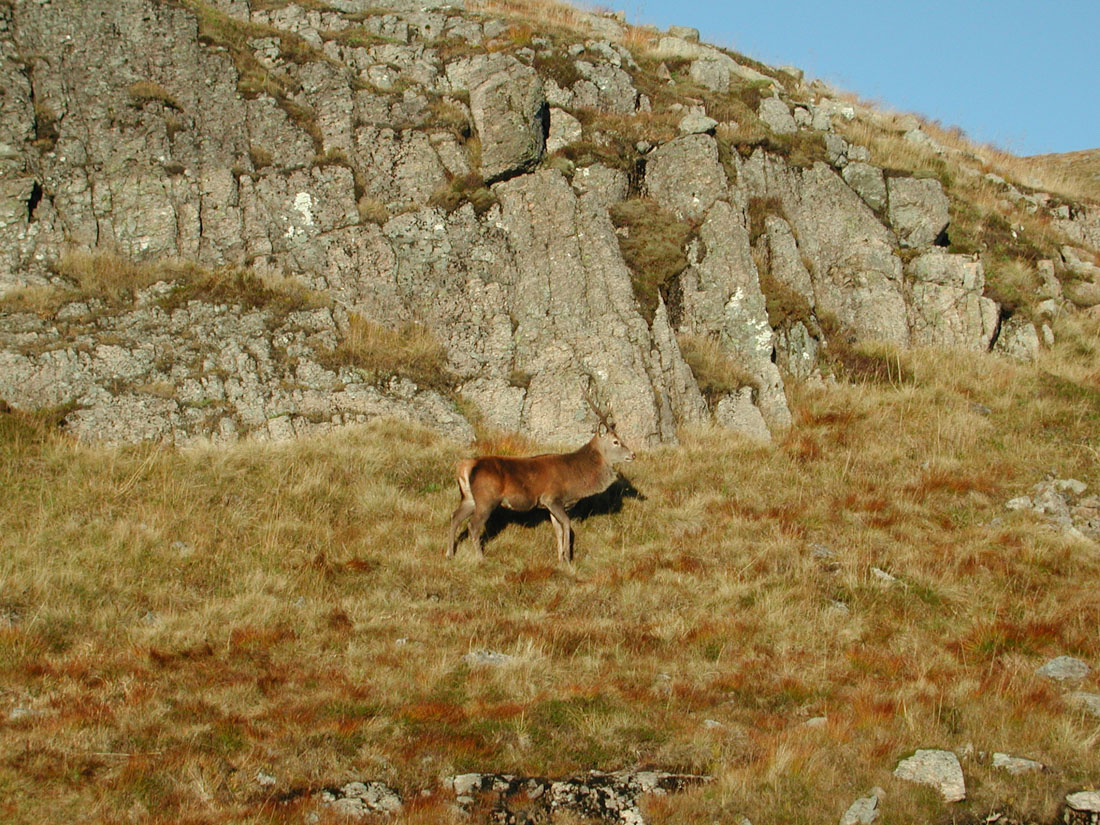 We headed out onto Aonach Dubh, less visited but a fantastic viewpoint: 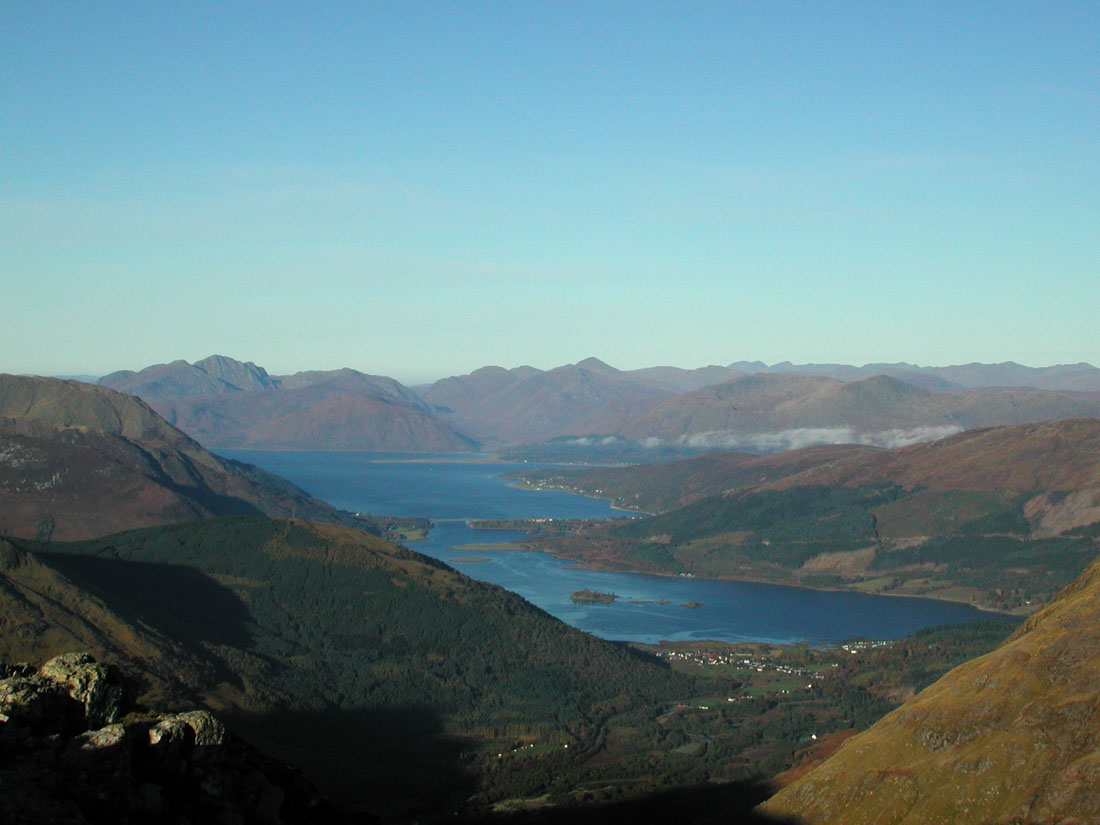 The inversion rolling off Rannoch Moor was a sight to behold, particularly with silhouetted red deer: 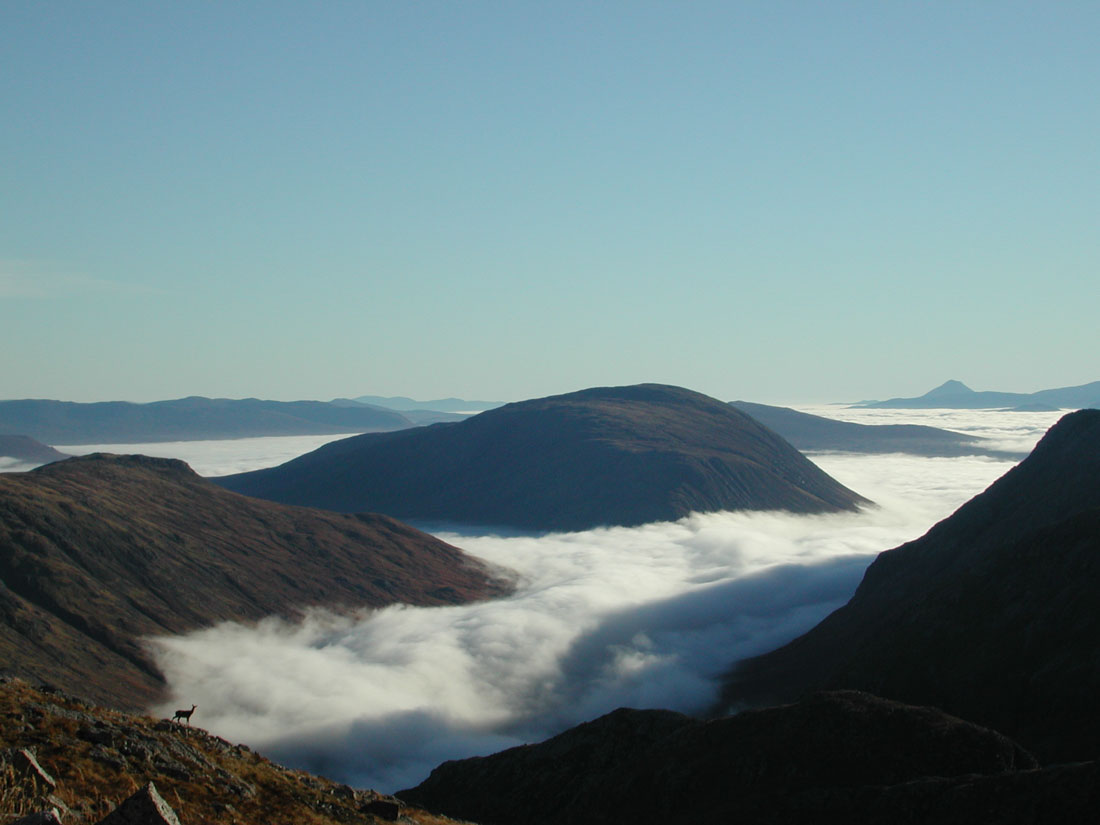 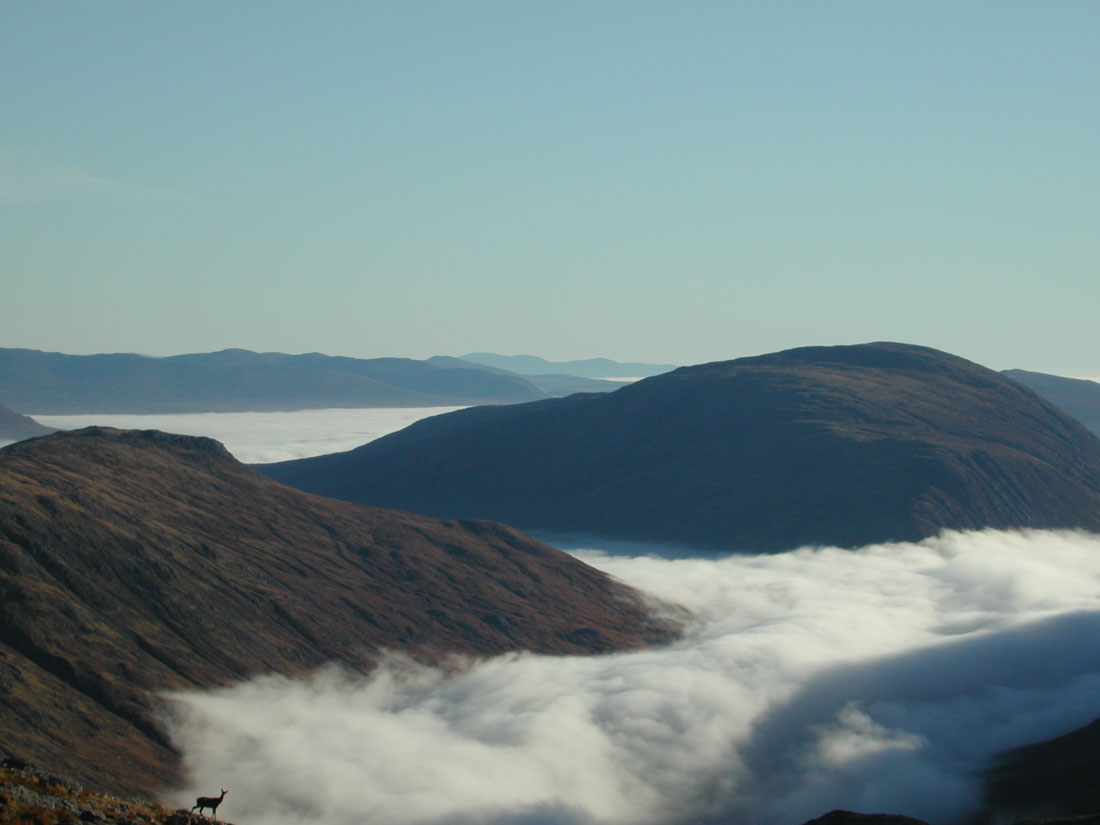 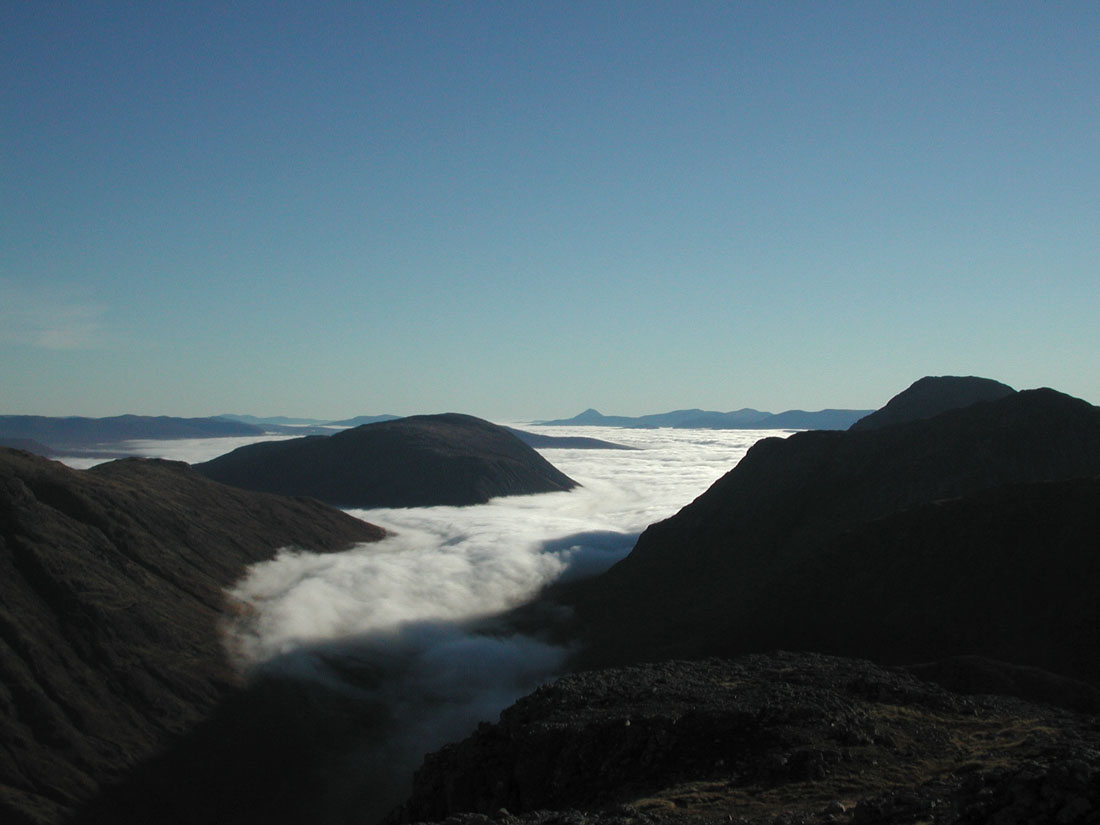 Across the Aonach Eagach the Ben was looming: 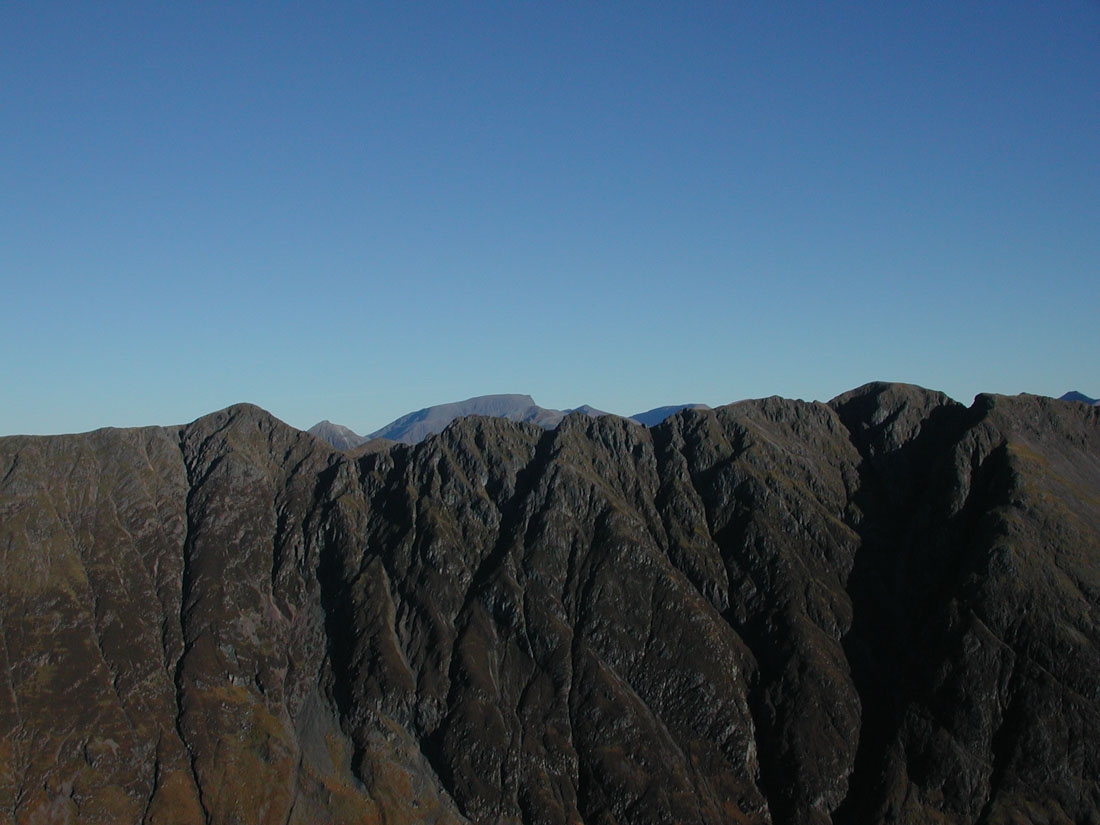 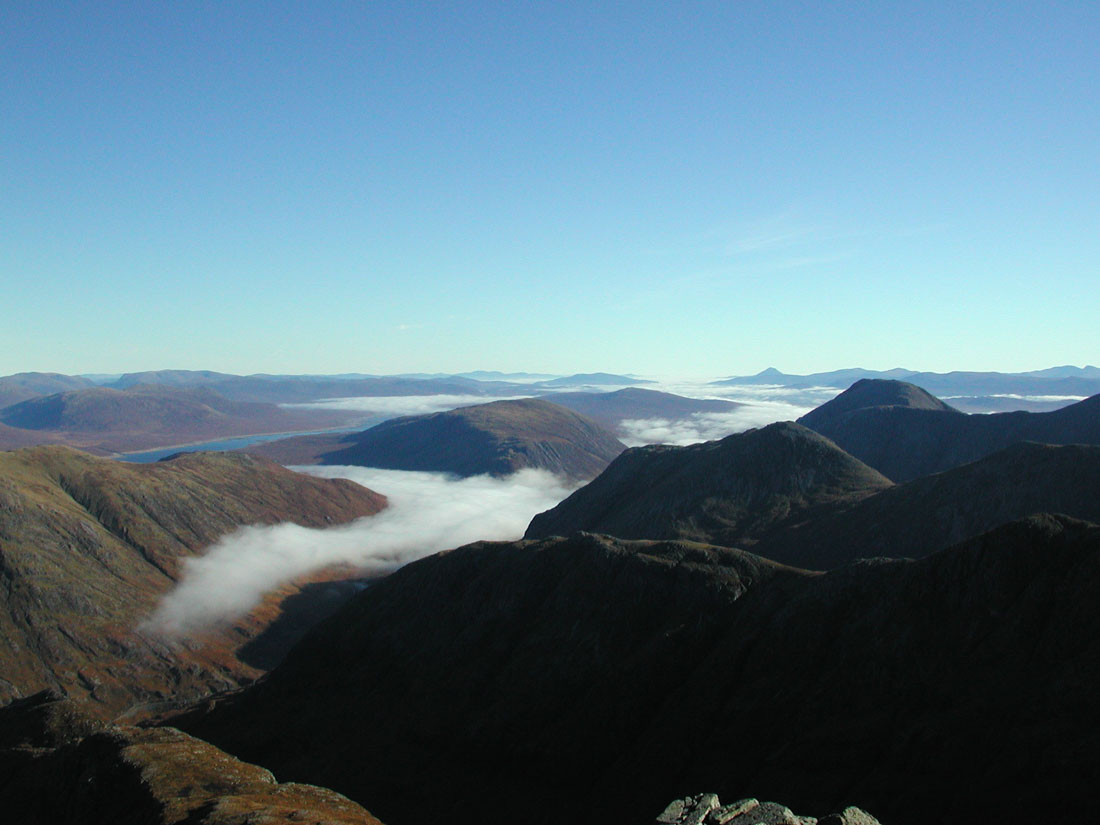 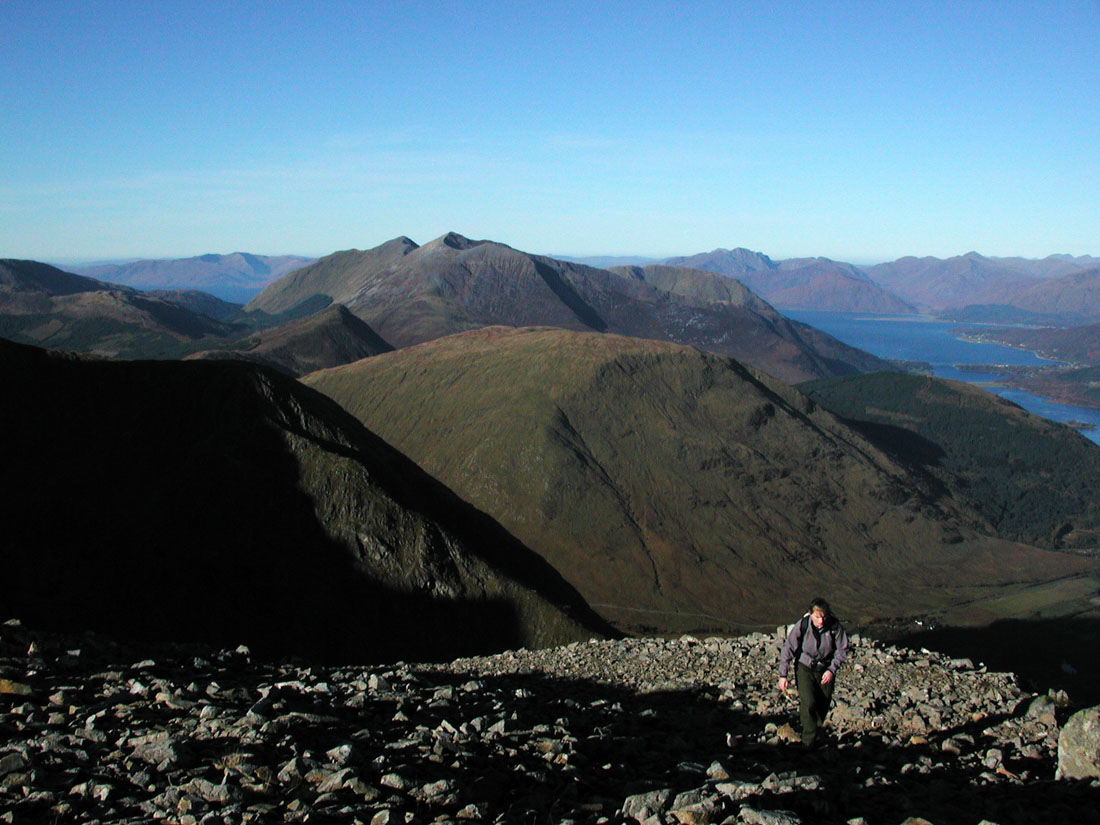 No chore to revisit such a hill after a few days for me – for H a chance to get a view from one of Scotland’s best on a great day. 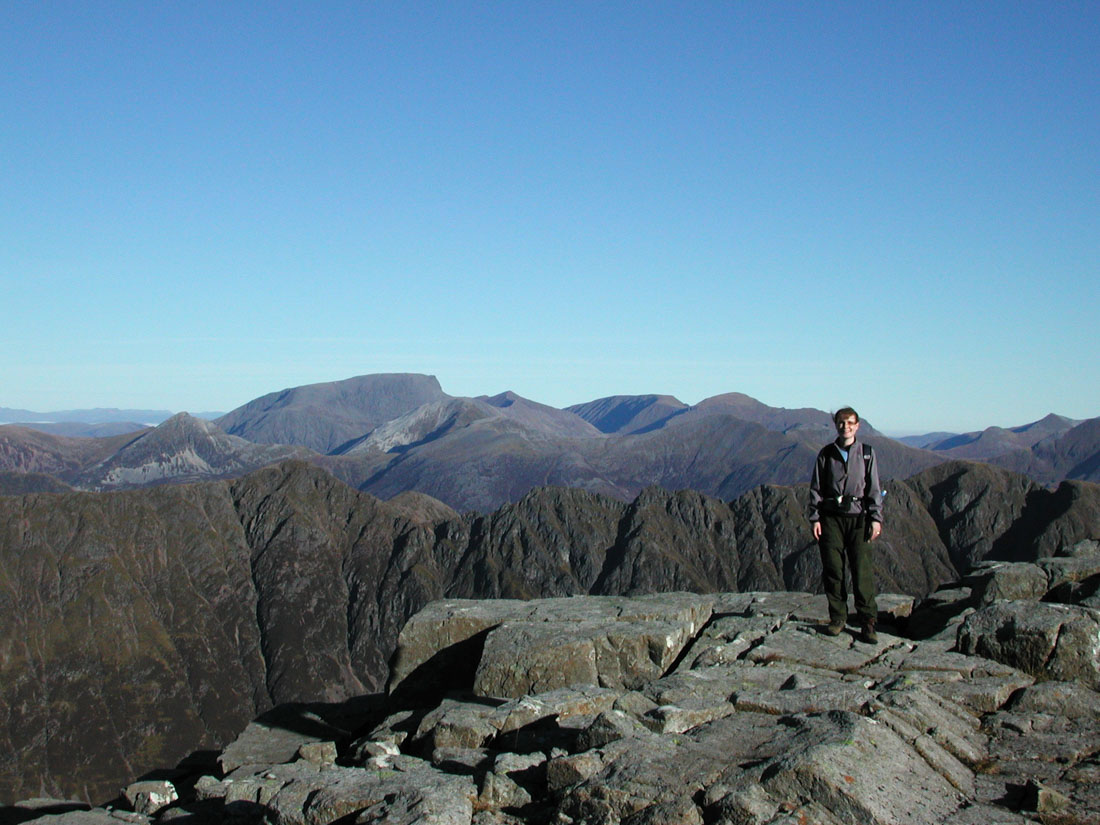 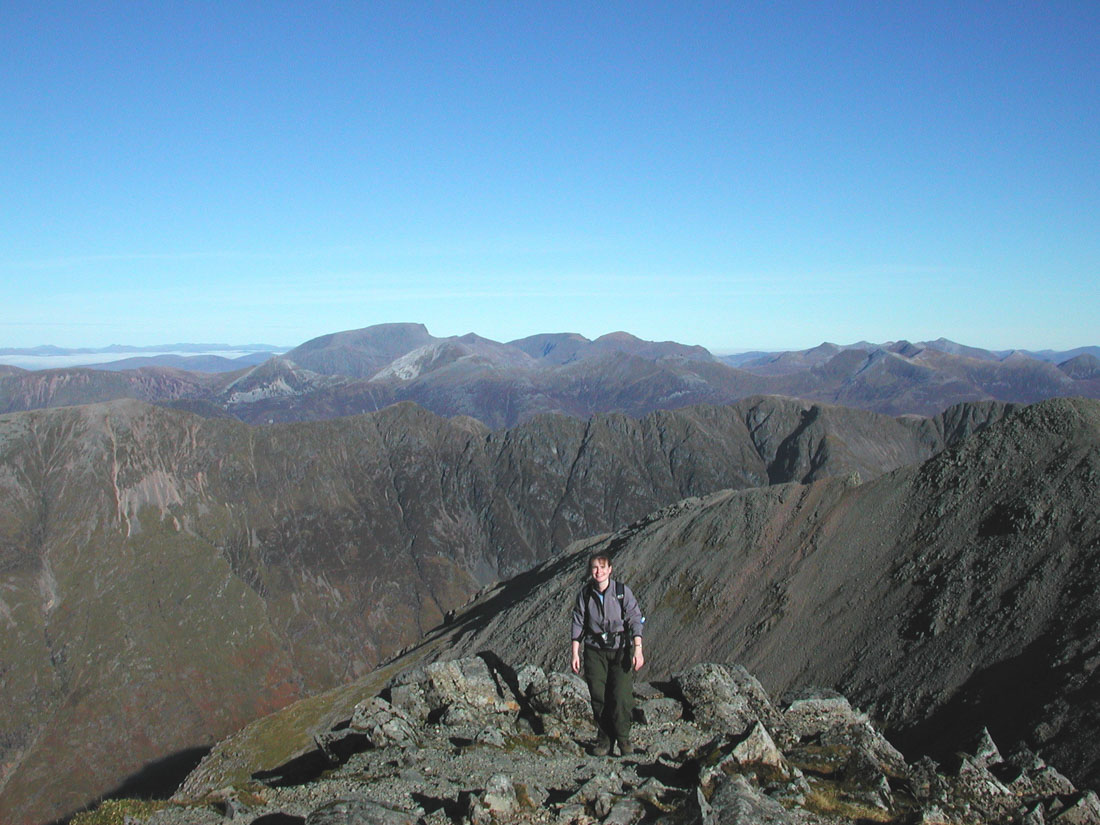 Looking back on the photos the view is wasted on my younger self – even on low res pics I can see Jura, Rum and Eigg. I’d love another day like that with the knowledge to appreciate it properly! 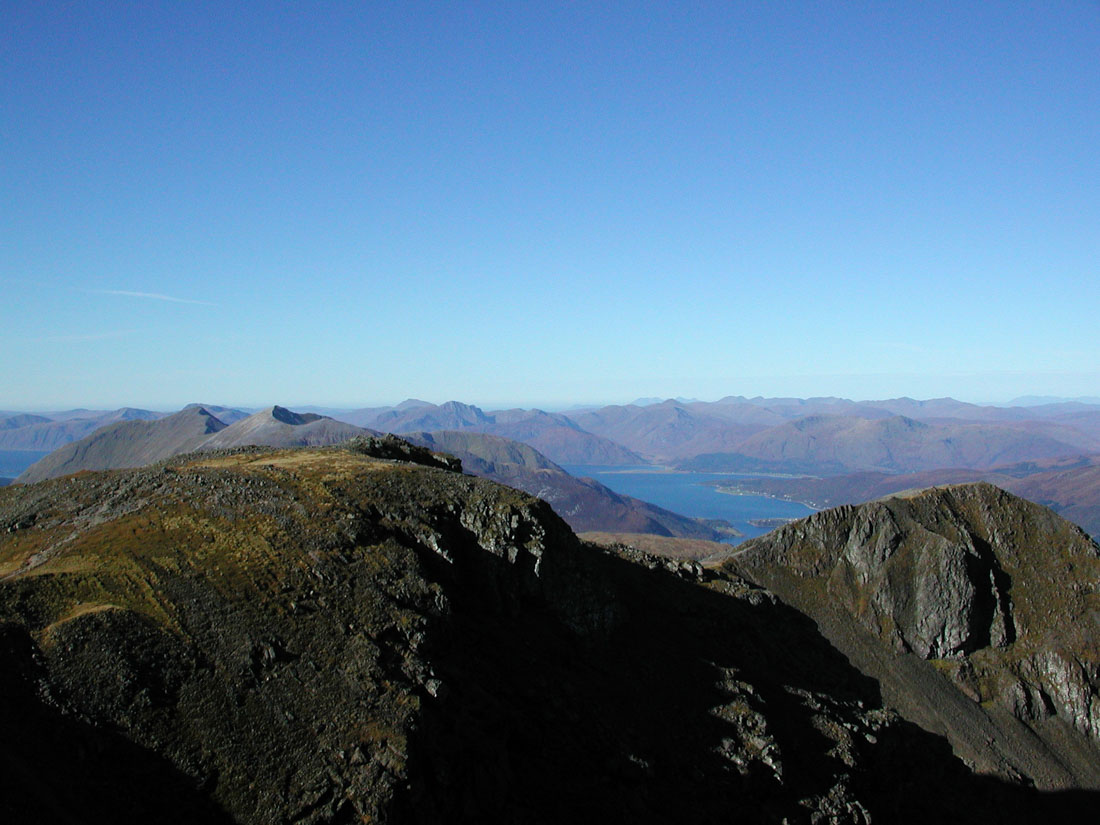 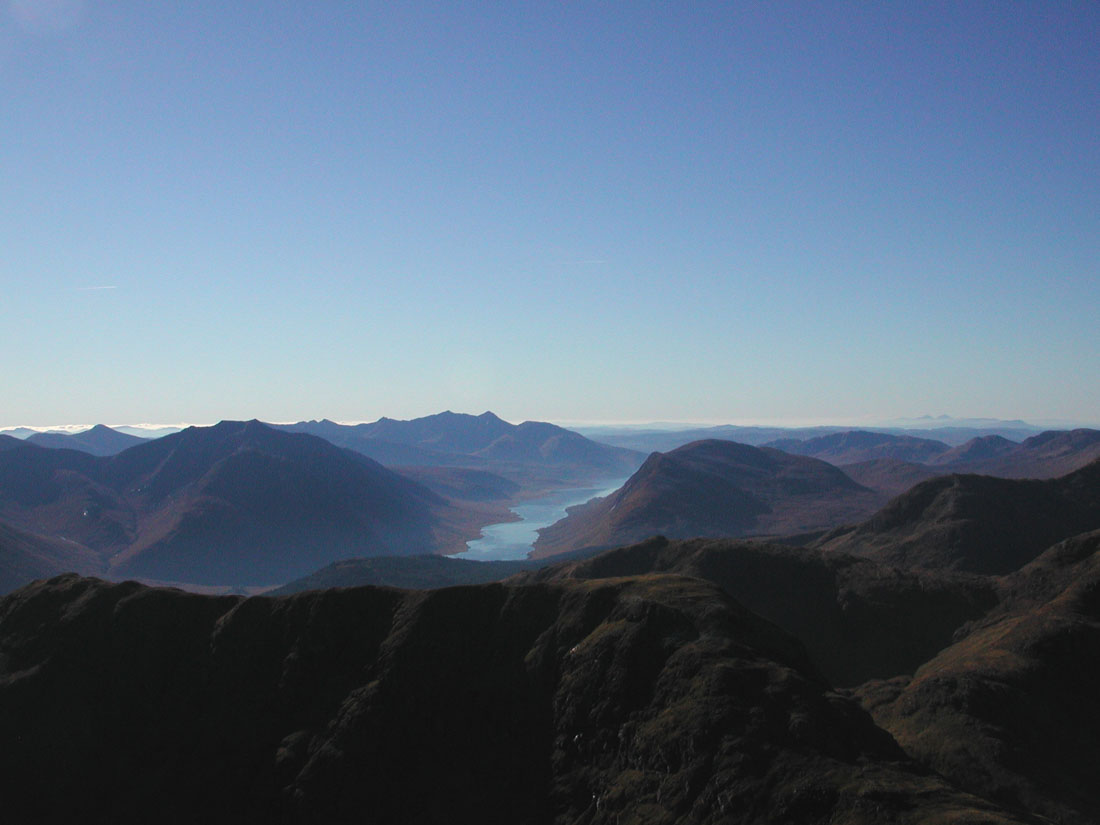 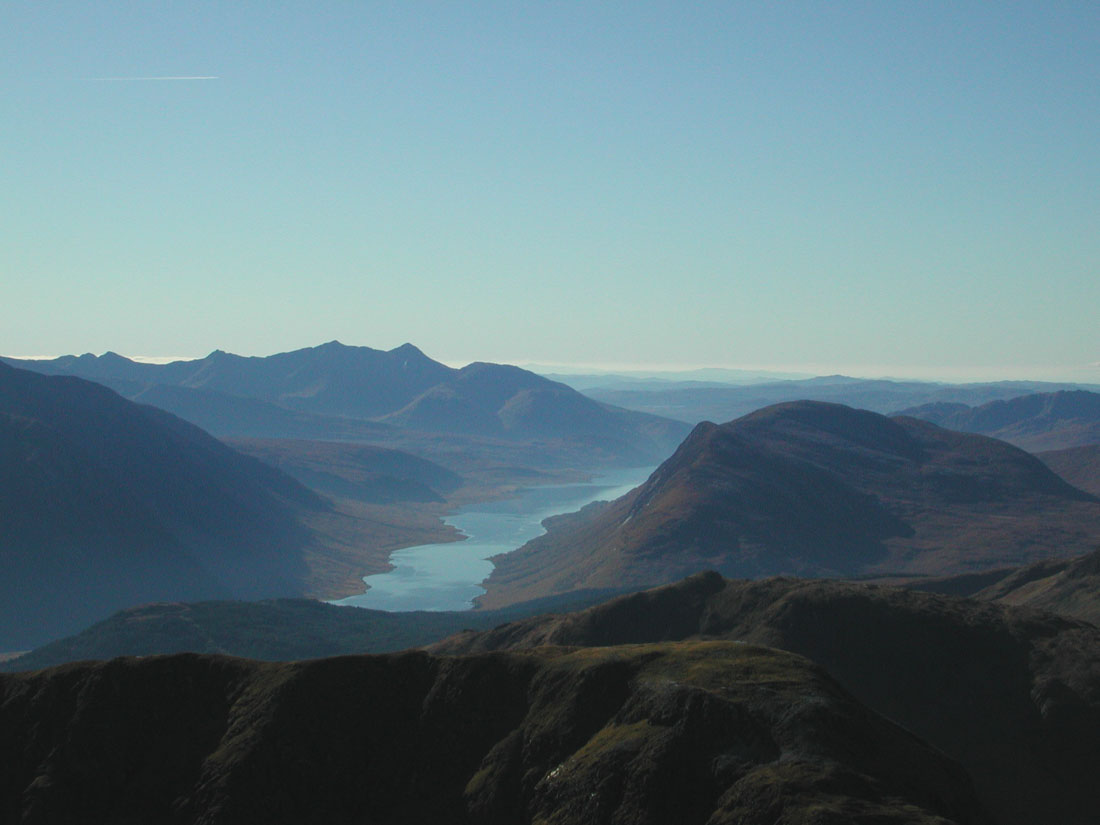 Beinn Fhada, BEM and out to Schiehallion: 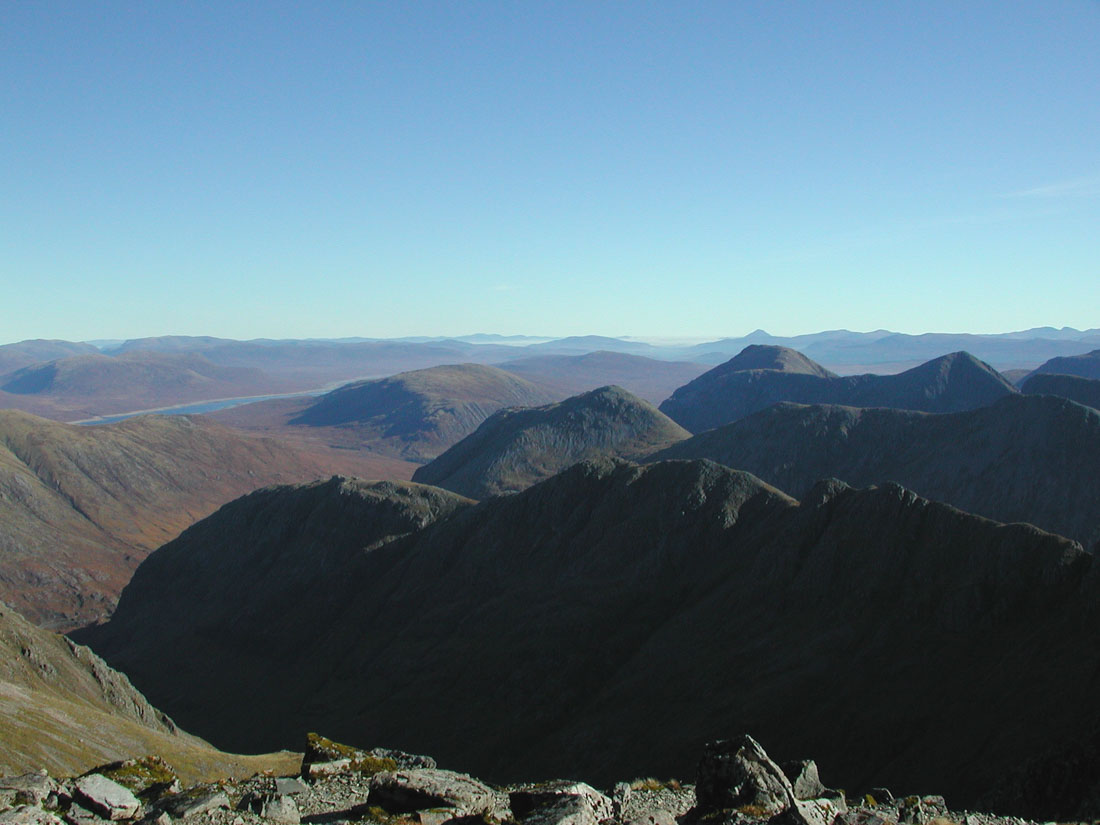 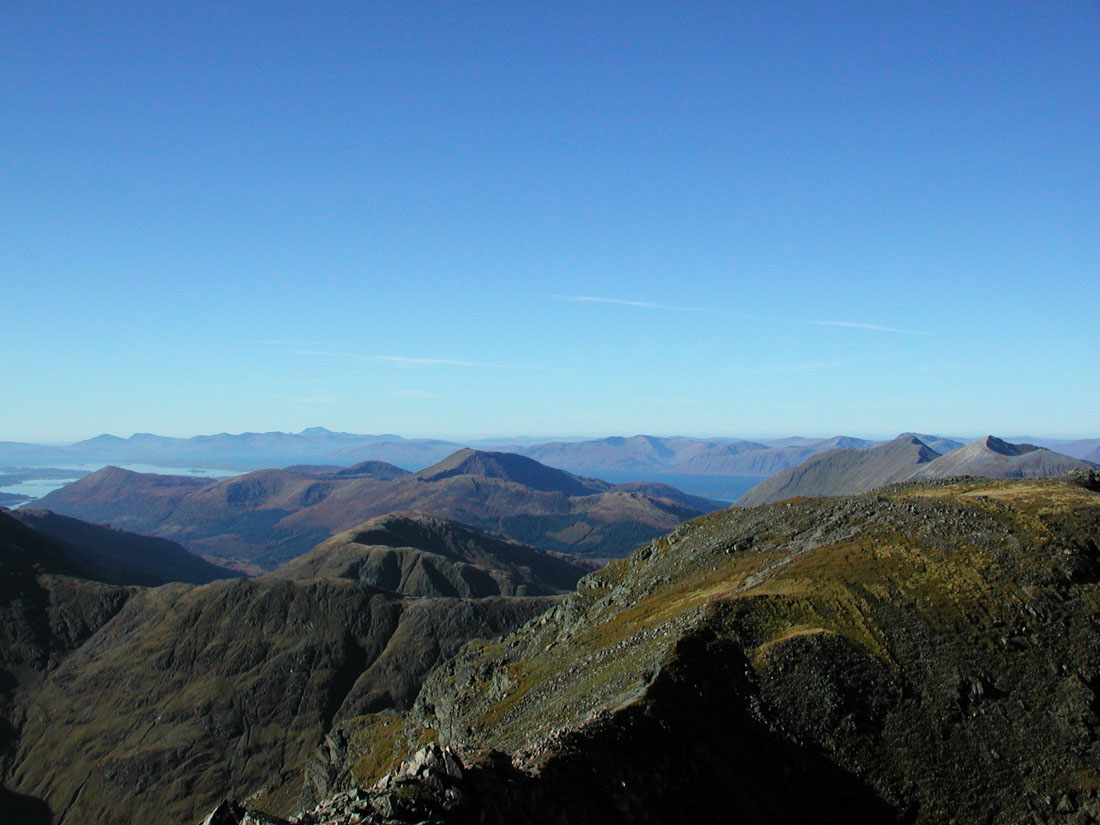 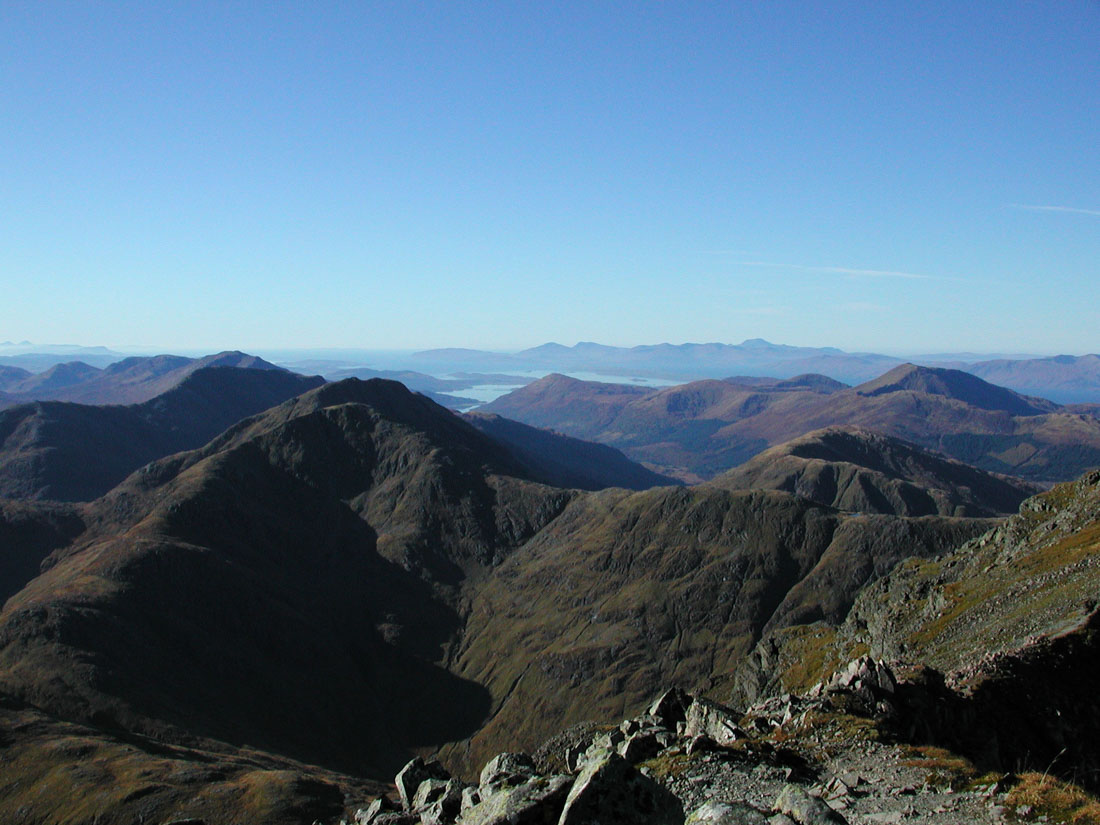 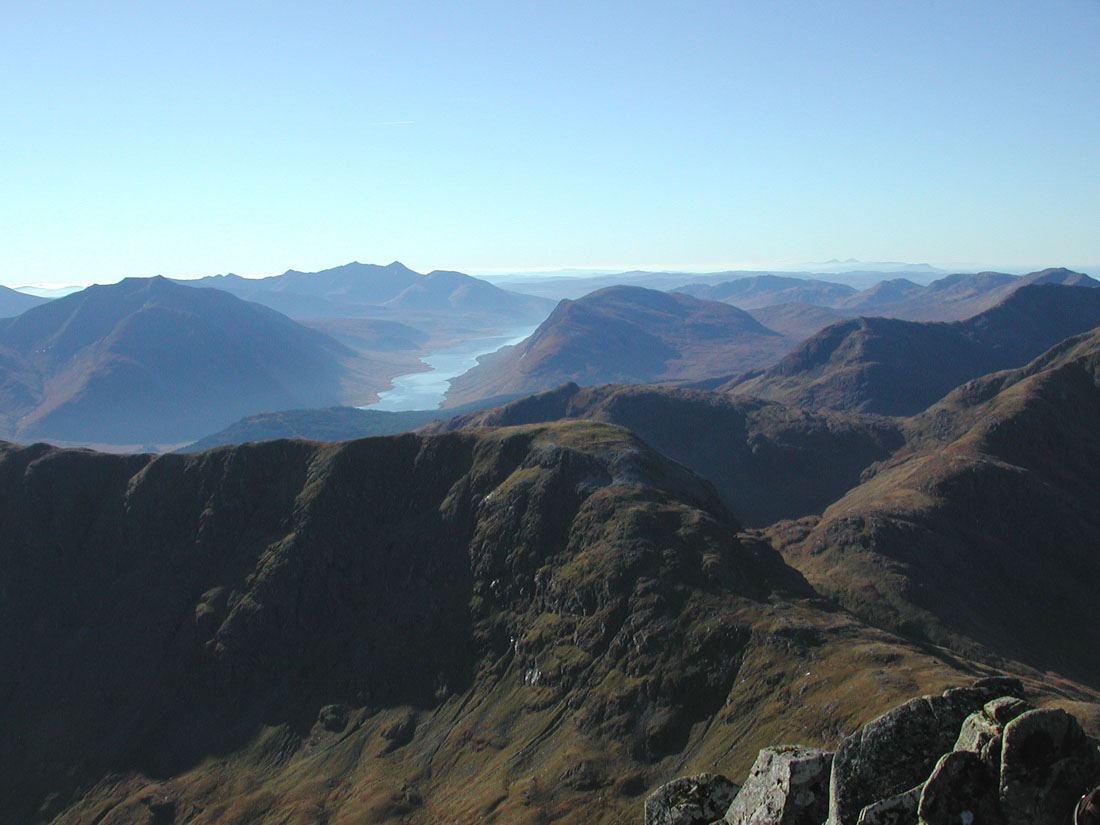 Addictive to my ignorant former self, but how I wish I could revisit that day now!

Oh well, we carried on. Down off Bidean to Sgreamhach. 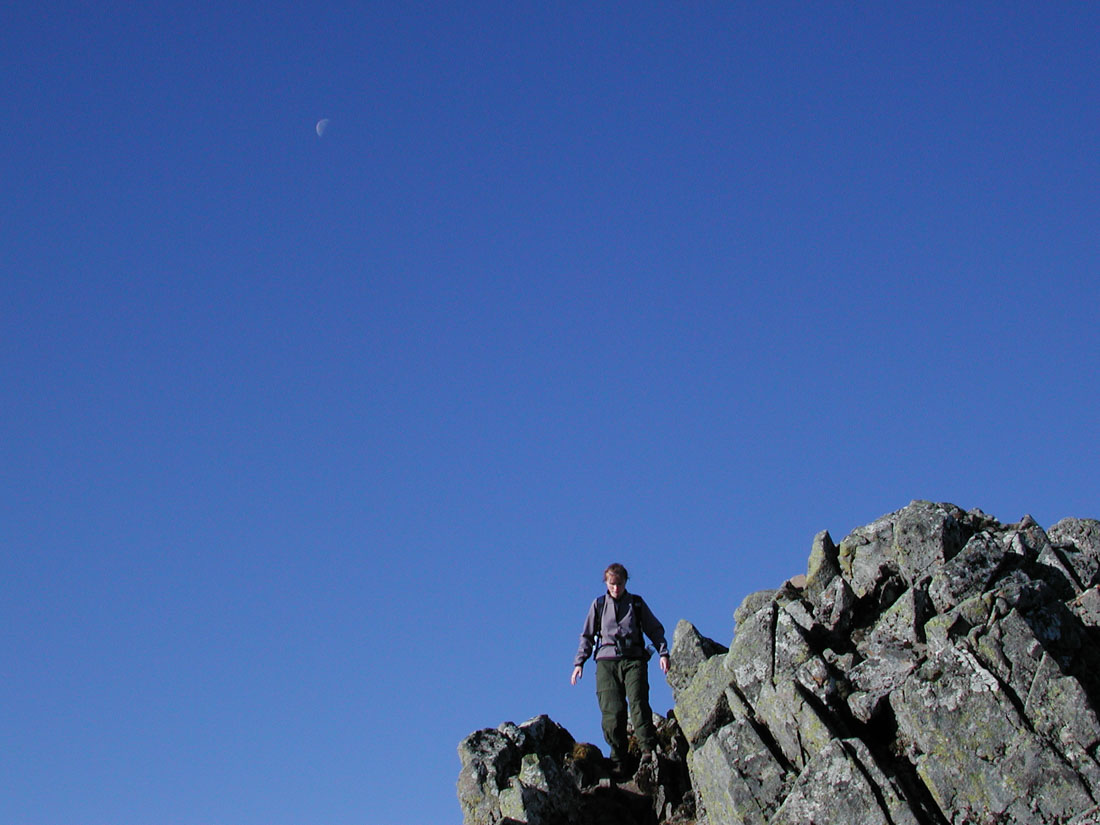 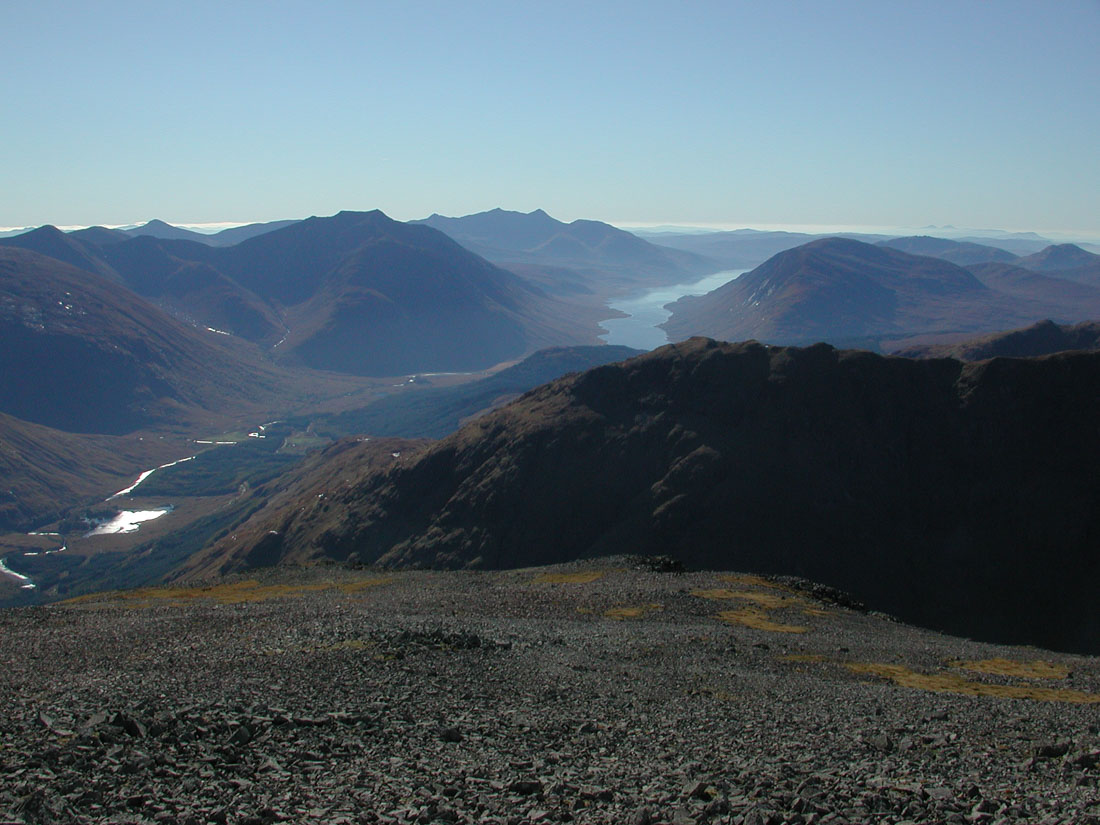 Dropped back to the bealach between Sgreamhach and Bidean and took the eroded, rotten descent into the Lost Valley (never revisited despite being on Bidean a number of times since).

A yomp back with a further formative lesson to self about lax advice giving on the way down prior to the sun burying itself behind Sgreamach. 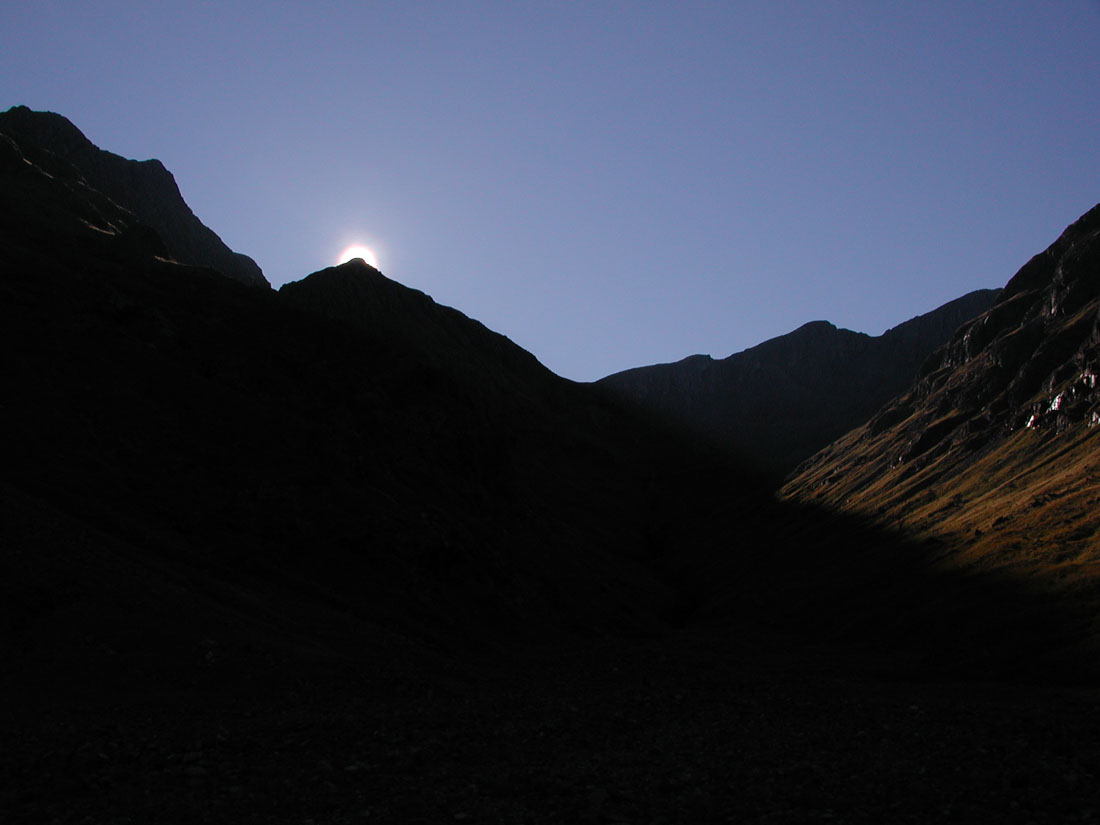 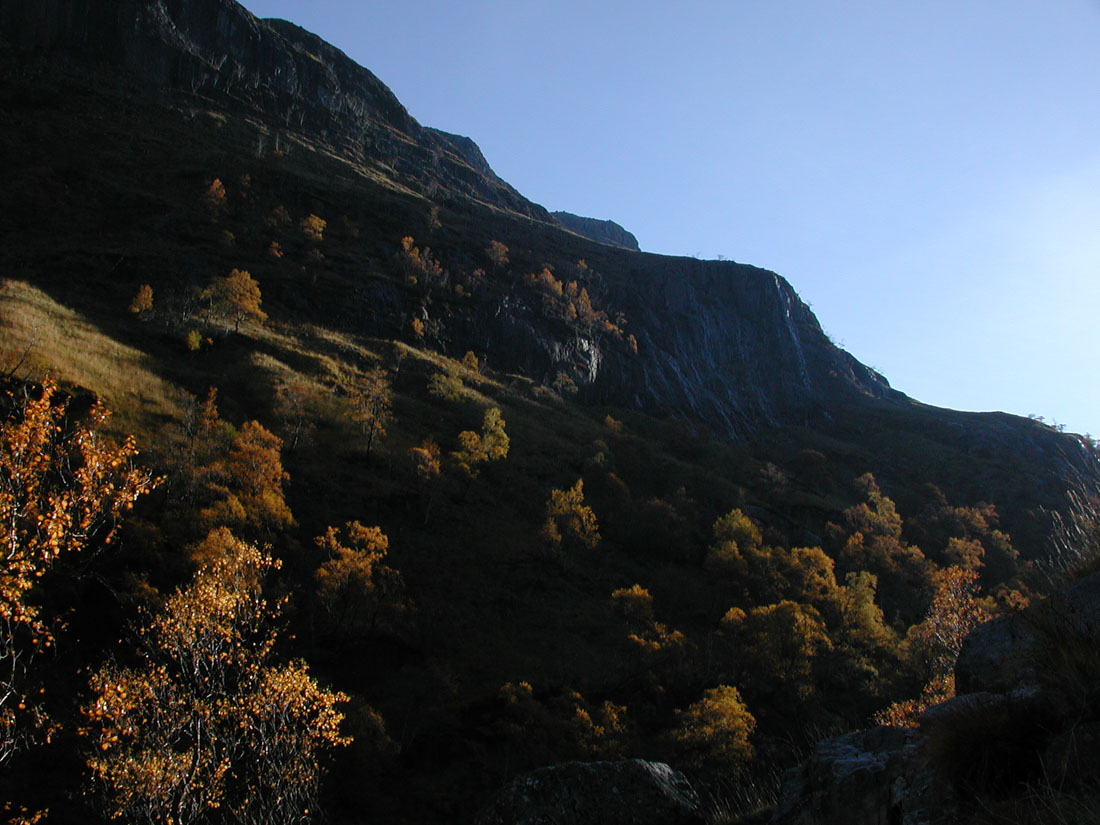 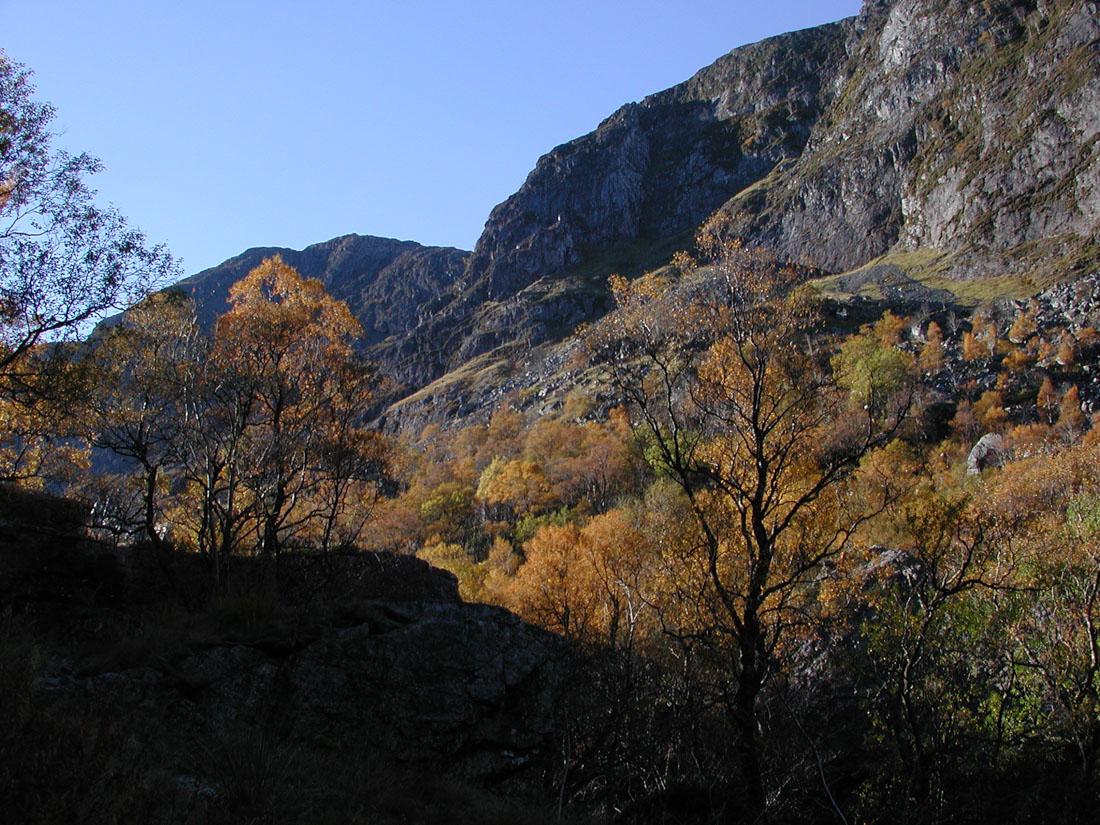 Early days – but a walk that lives long in the memory.