After a cracking Mamores walk on the Saturday we decided to head out in Glen Coe on Sunday. Back in 2004 we were just over a year into hillwalking and spent quite a lot of walks on repeat visits in the Cairngorms, Lochaber and Glen Coe.

Over subsequent years we branched out rather. 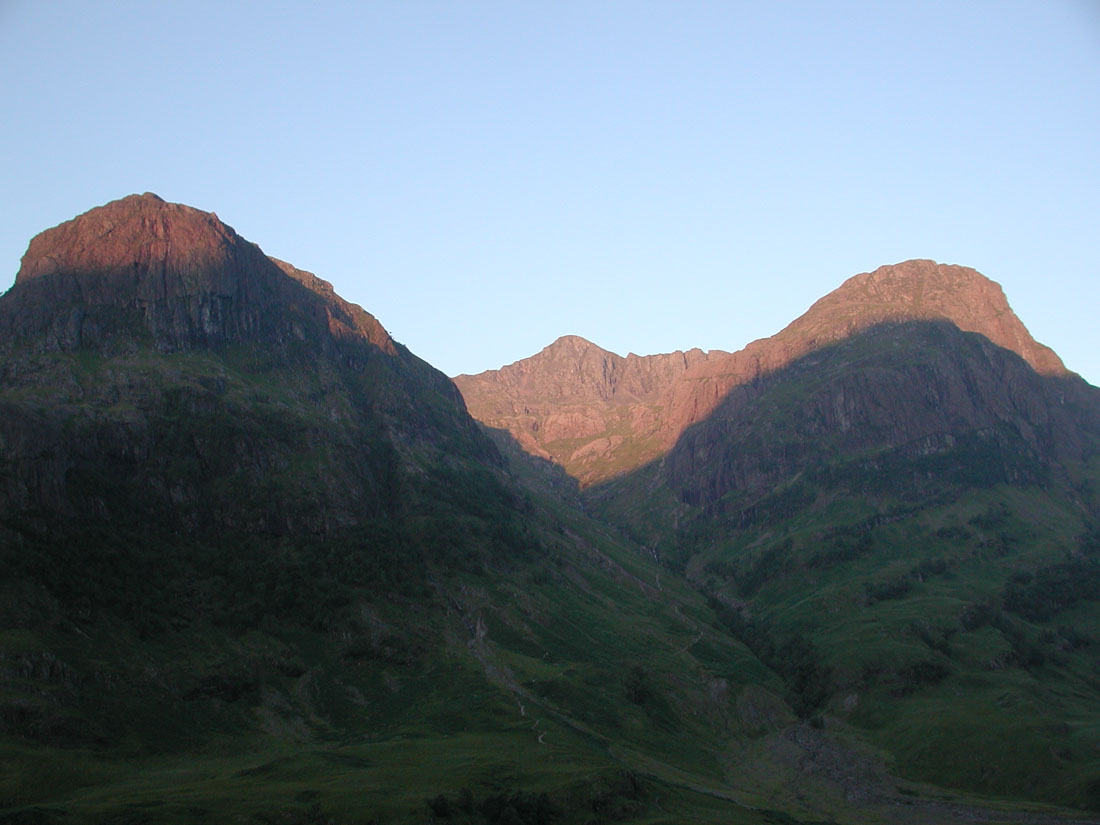 It takes a while to get up the NTS path to the hanging coire under Stoc Coire nan Lochan, at least in the summer the sun gets in and around the area…in winter it’s mainly in shade.

The coire itself is a splendid location, if it was quieter we’d probably have camped here sometime.

In the hanging coire 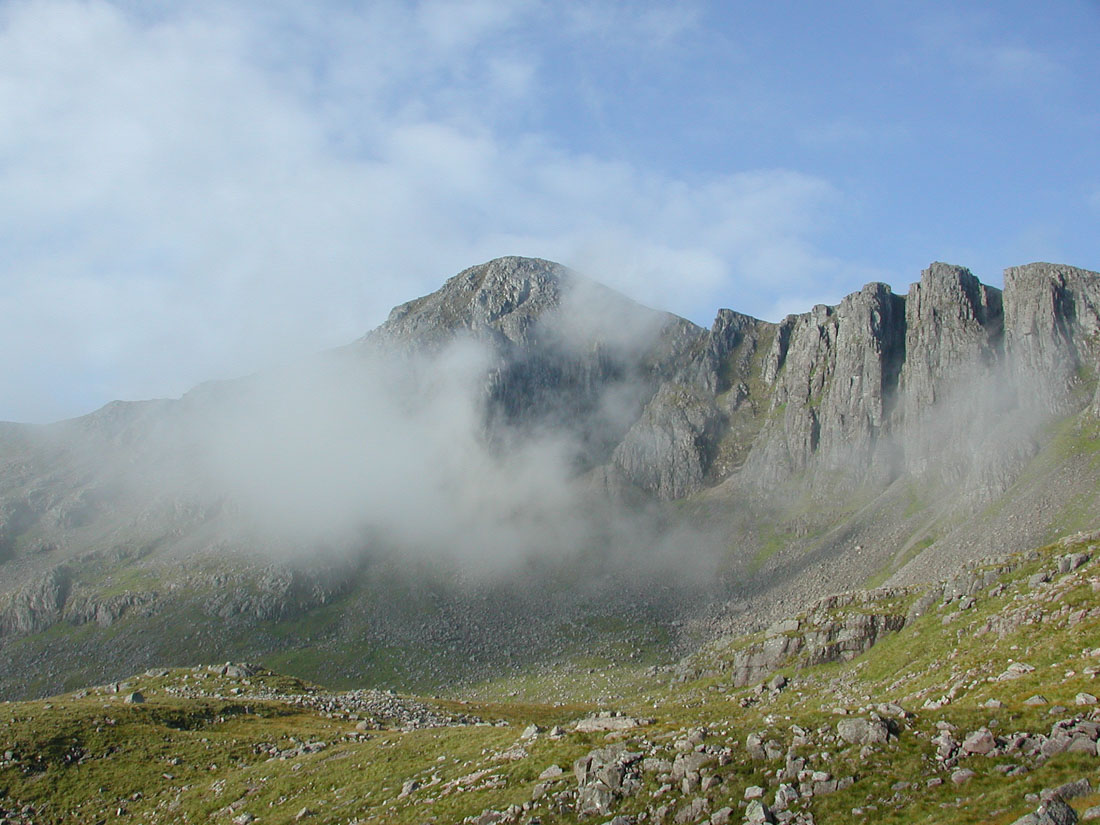 We’ taken to heading out to the end of Aonach Dubh when walking on Bidean, it’s quiet and an excellent viewpoint hanging out over the glen.

Sat and had a break out here, watching the crowds below. 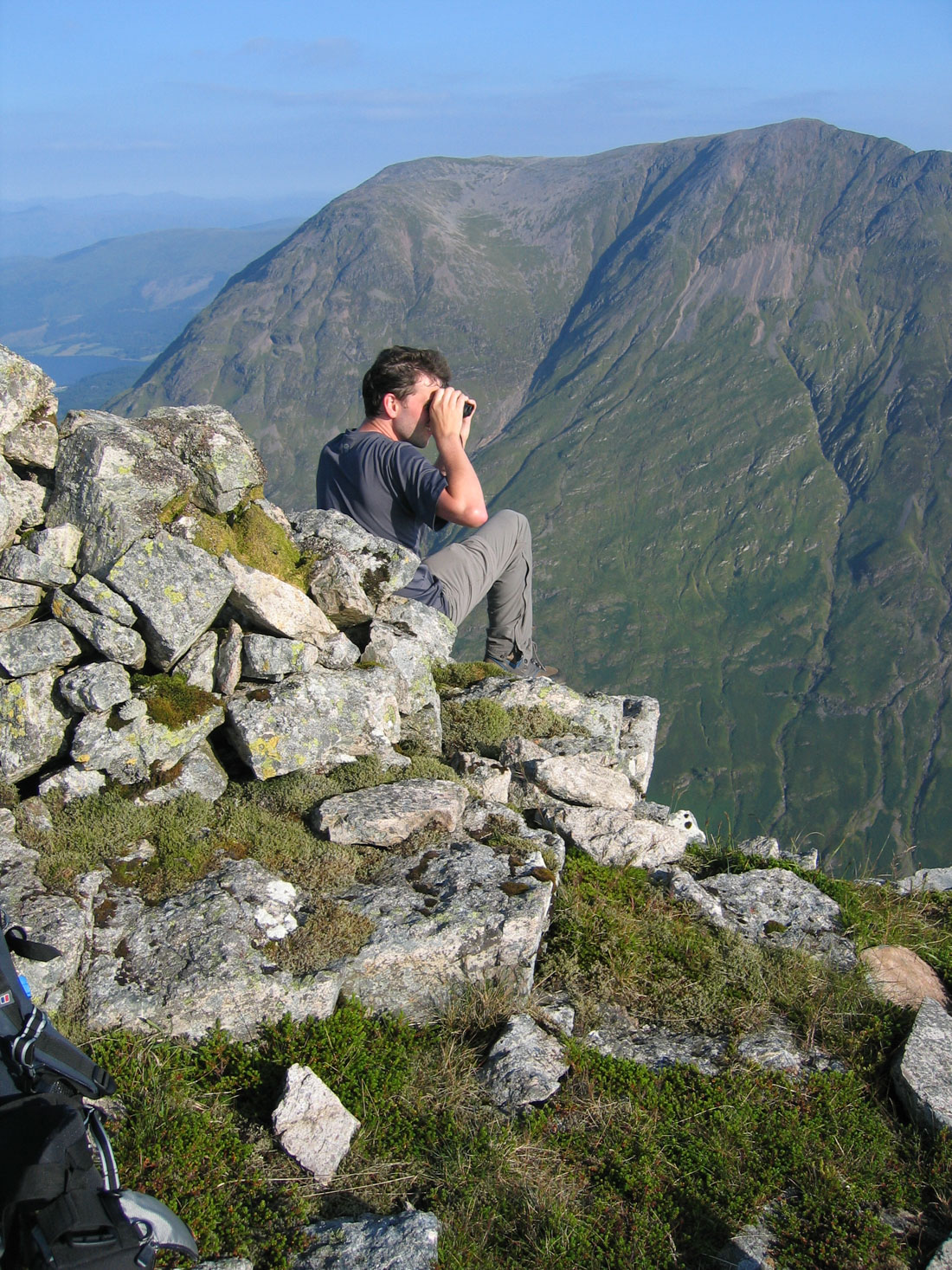 It then clagged in on us as we headed over Stob Coire nan Lochan via its north ridge and then over to Bidean. 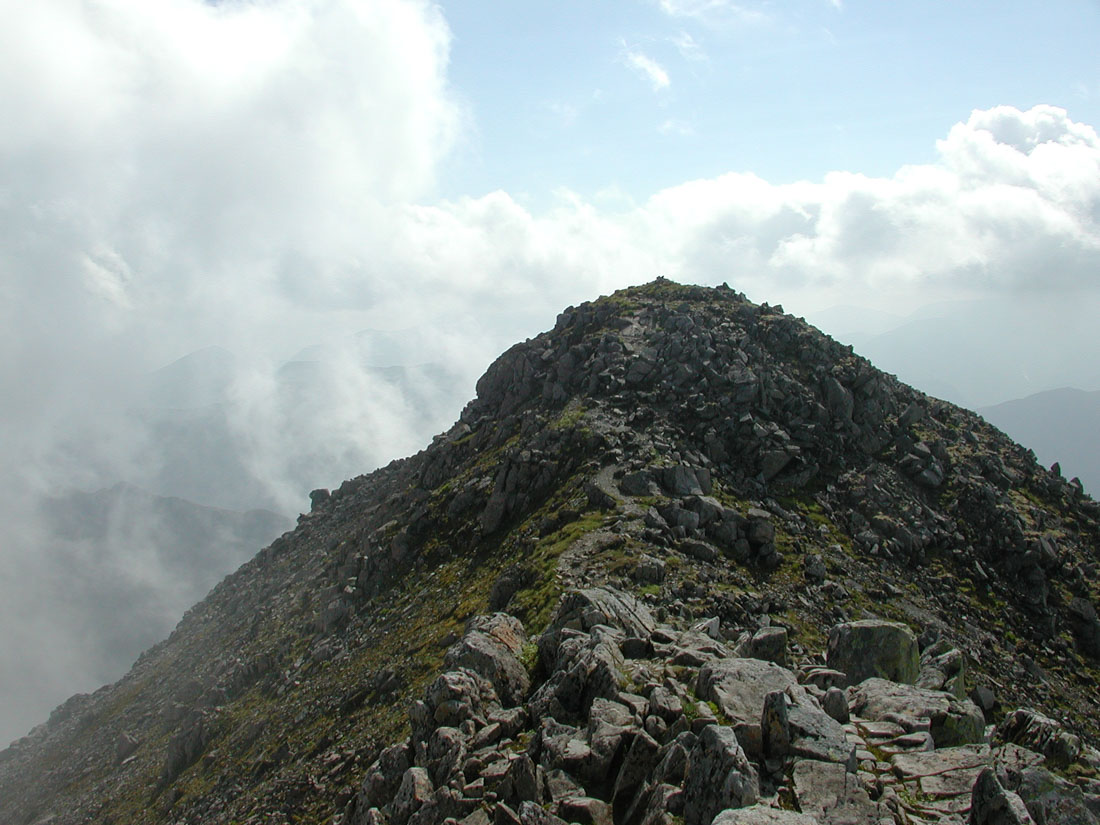 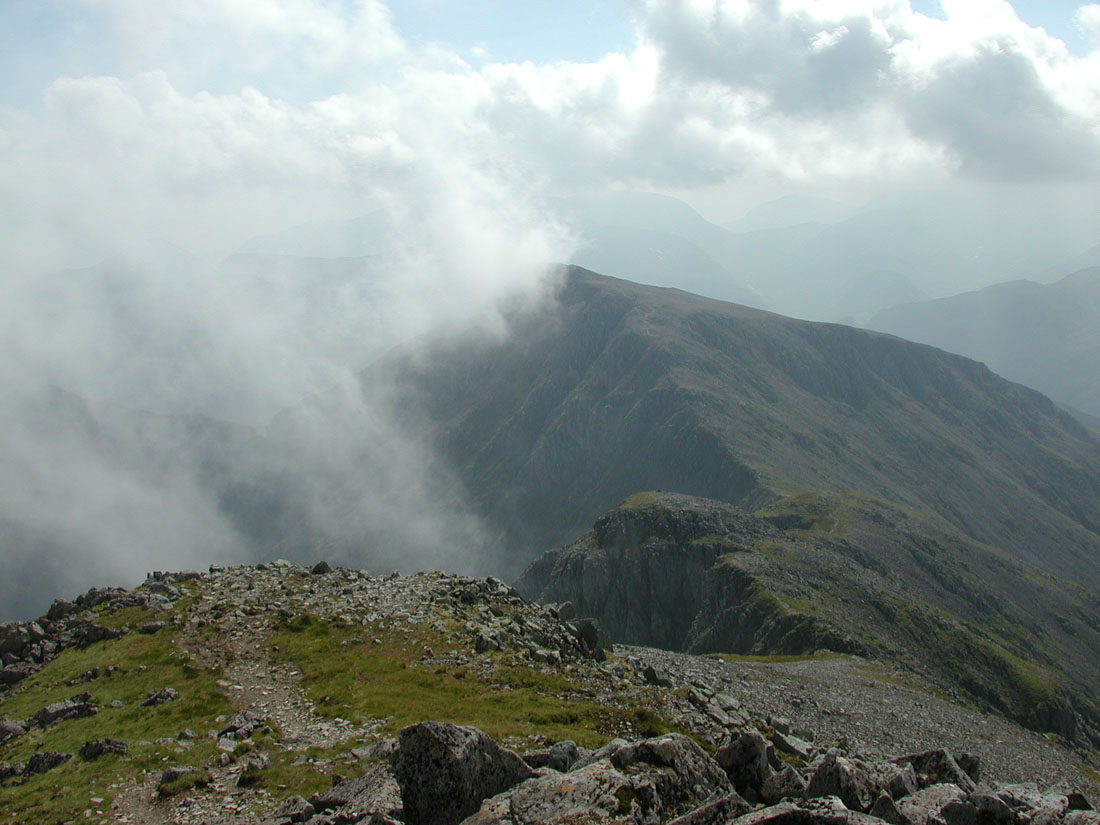 Paused to look down the Lost Valley – we’d dropped down from the bealach on 2 previous visits….the loose headwall had never been to our tastes. 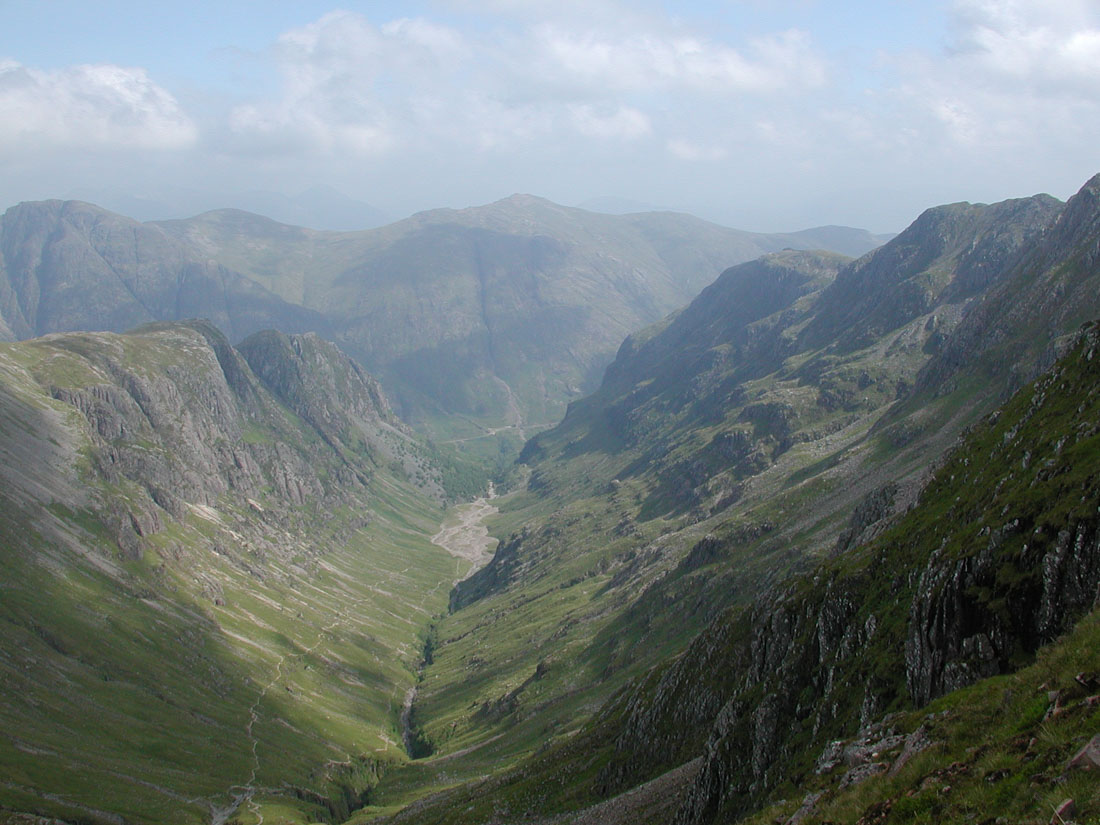 Carried on up Stob Coire Sgreamhach and then started down the ridge of Beinn Fhada as an alternative return. 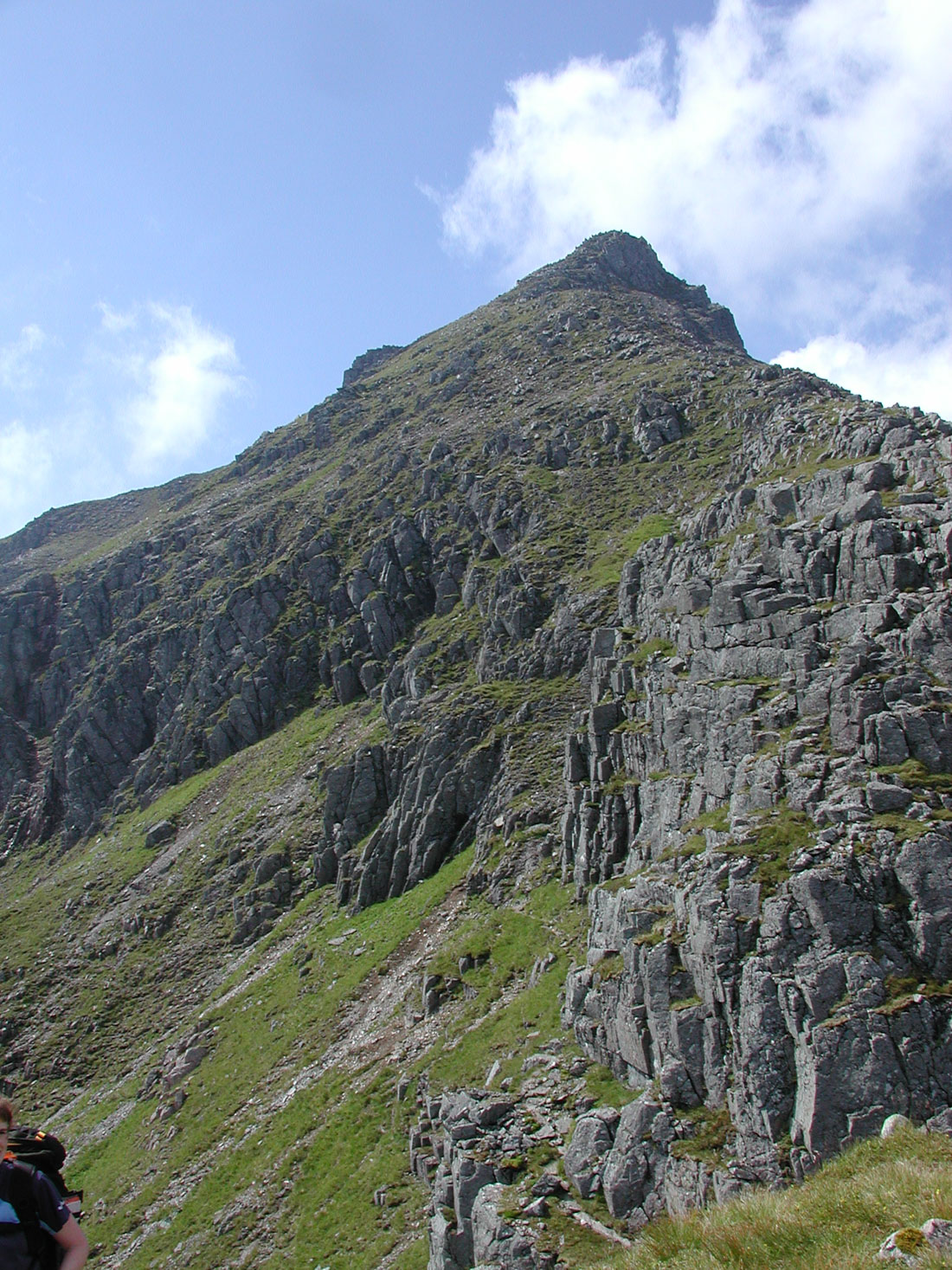 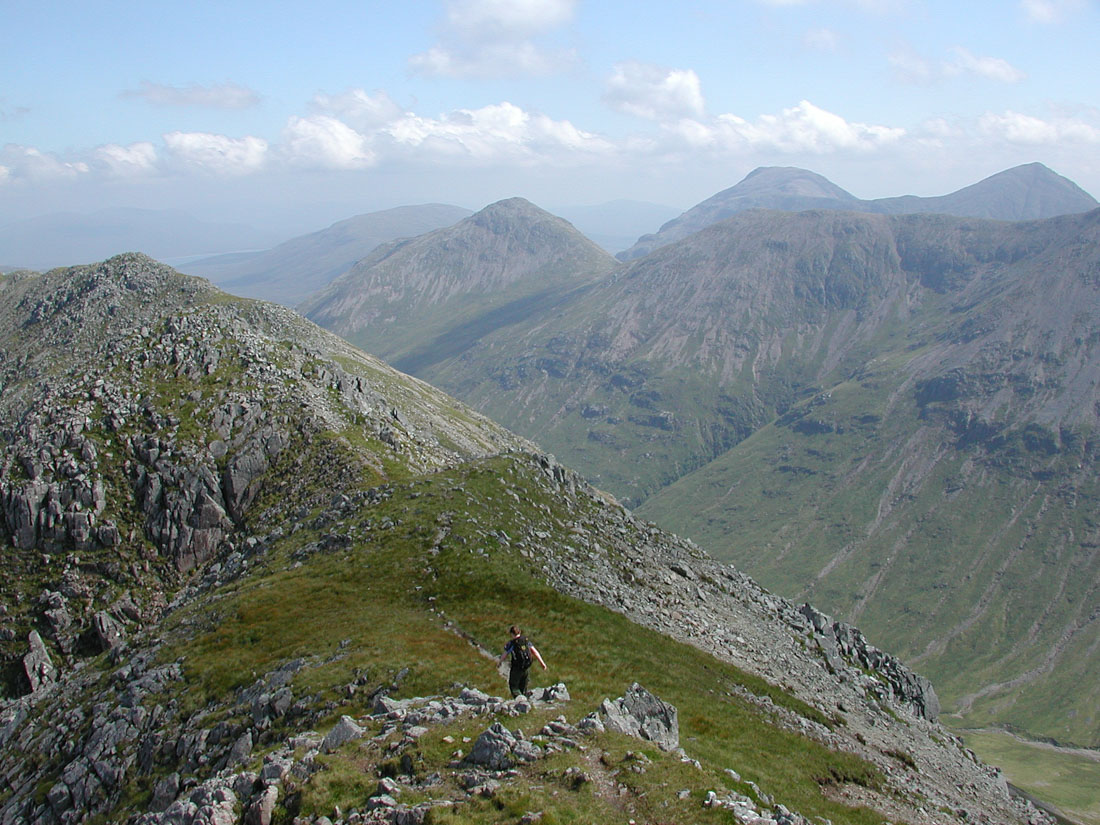 The descent down the Beinn Fhada ridge gives good views back to Bidean, views that are lost dropping down into the coire between the sisters. 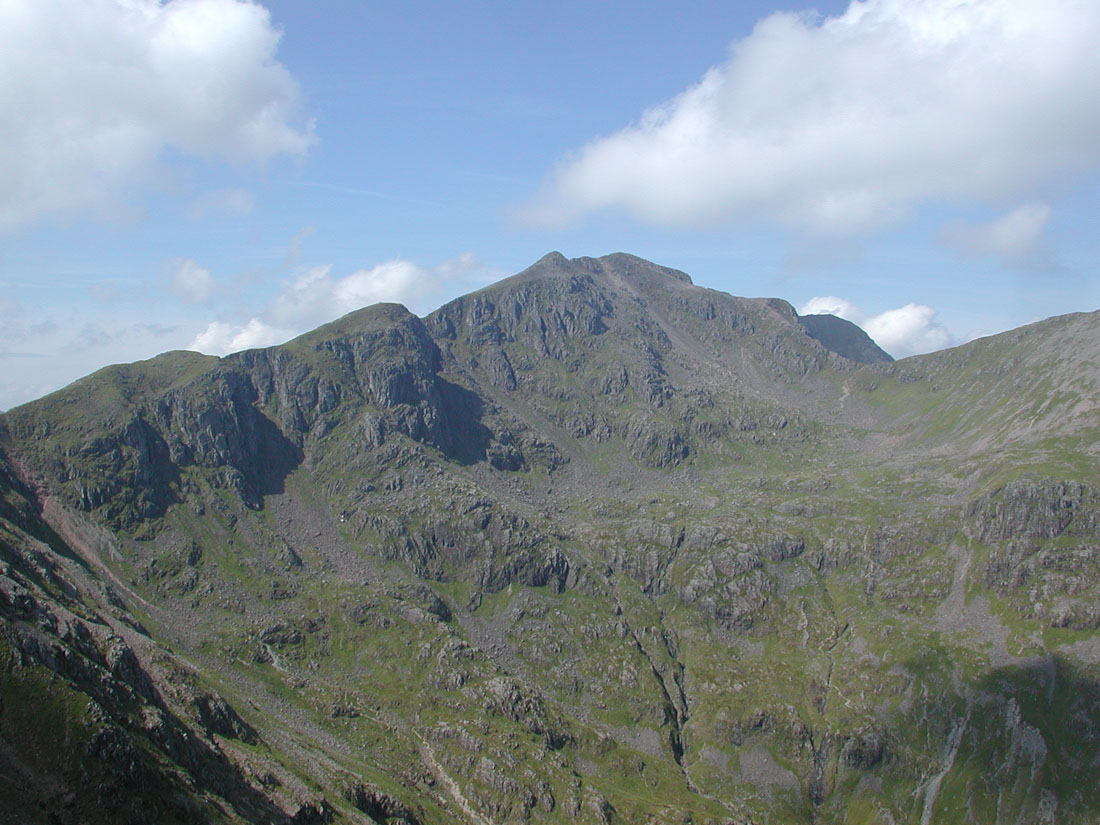 A little further along and you’re opposite the hanging coire of Stob Coire nan Lochan. 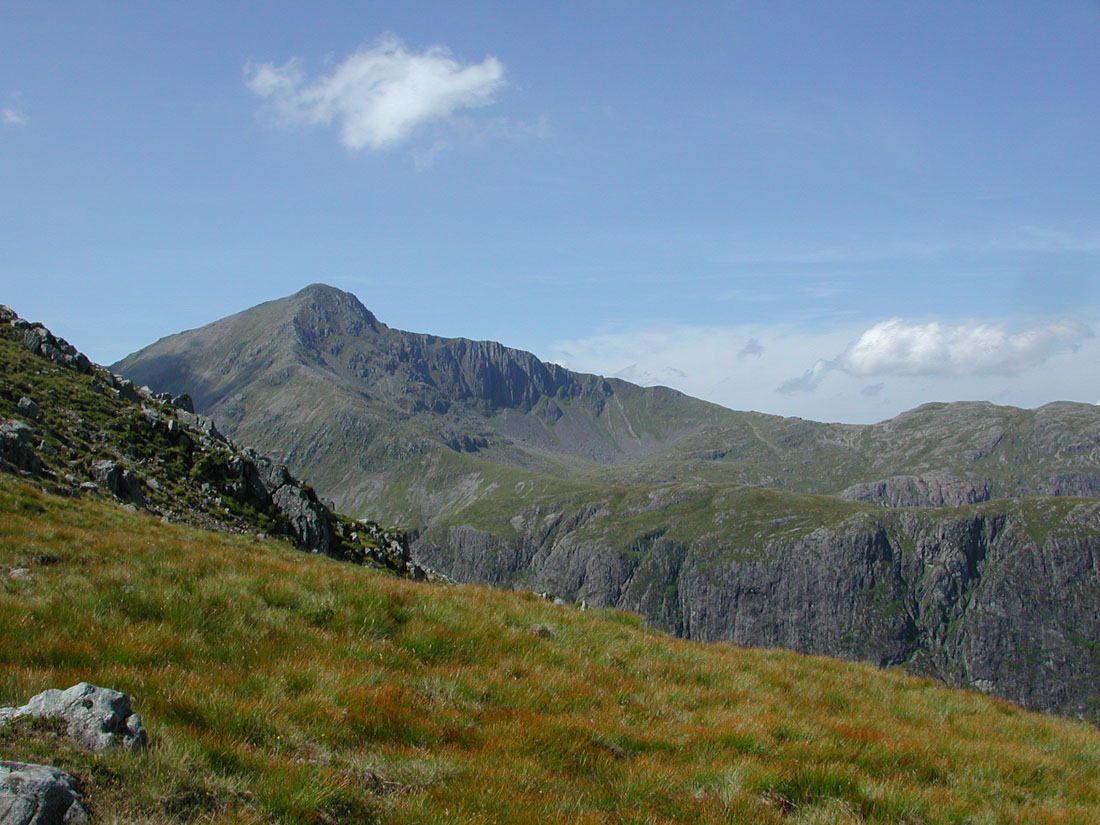 Eventually there needs to be a knee jangling descent down to the Lost valley, weaving through small crags. Takes a while and it’s a relief to hit the floor of the coire. 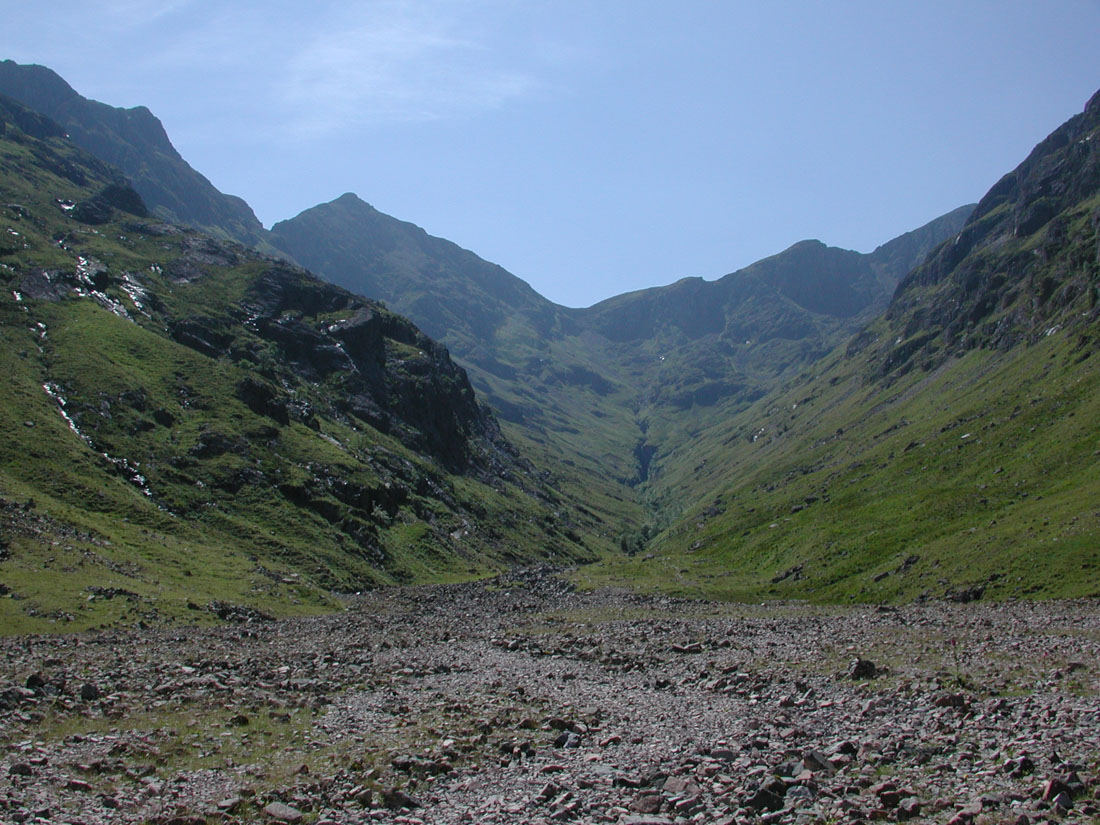 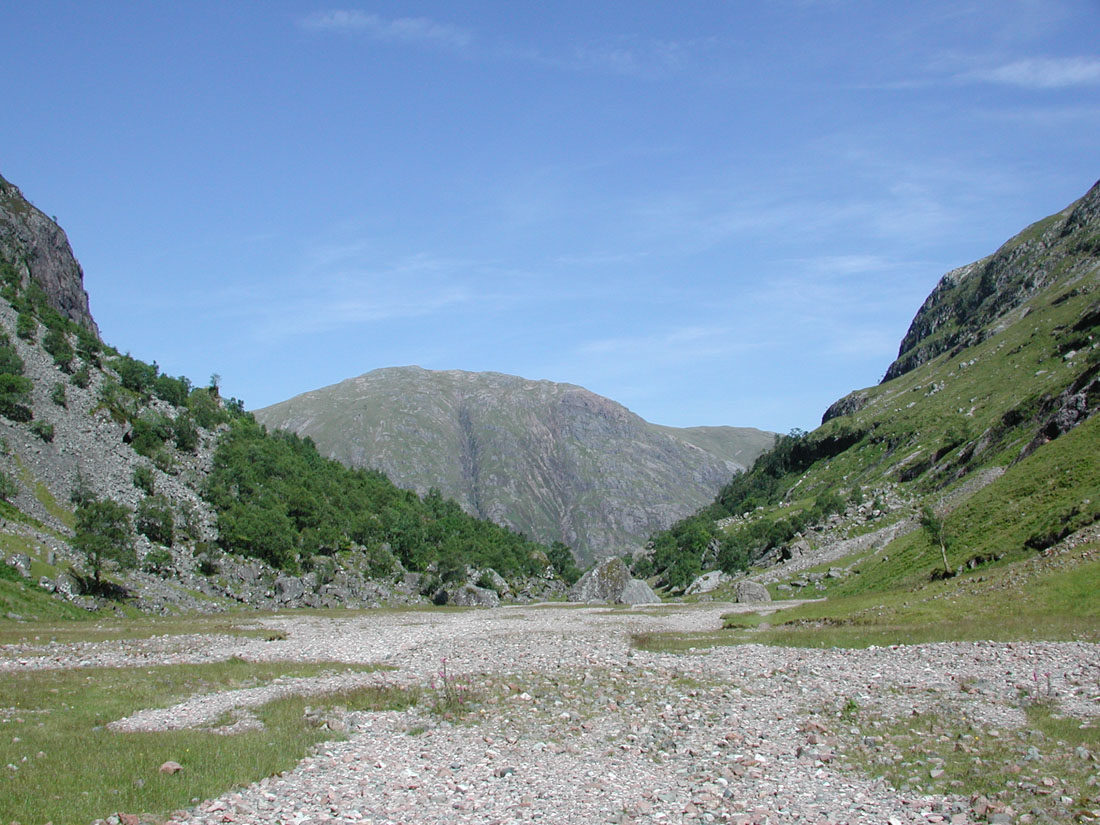