A holiday in the chalets at the Clachaig – fantastic weather and a number of great walks.

The first 2 days had been a little claggier, with the forecast for Tuesday looking good.

Drove back down the road to Achallader Farm and headed east towards Gorton.

West view on walk at dawn 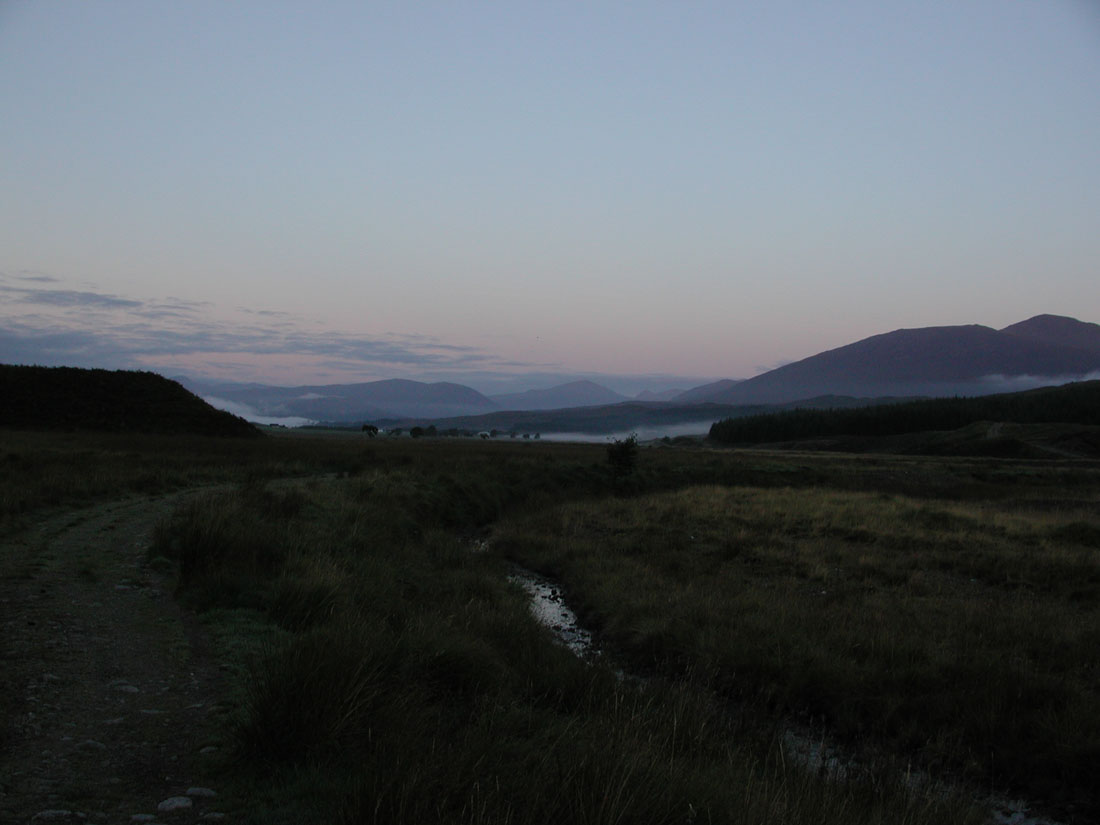 Dawn hit Beinn Achaladair as we were passing below, a little cloud was spilling over the ridge. 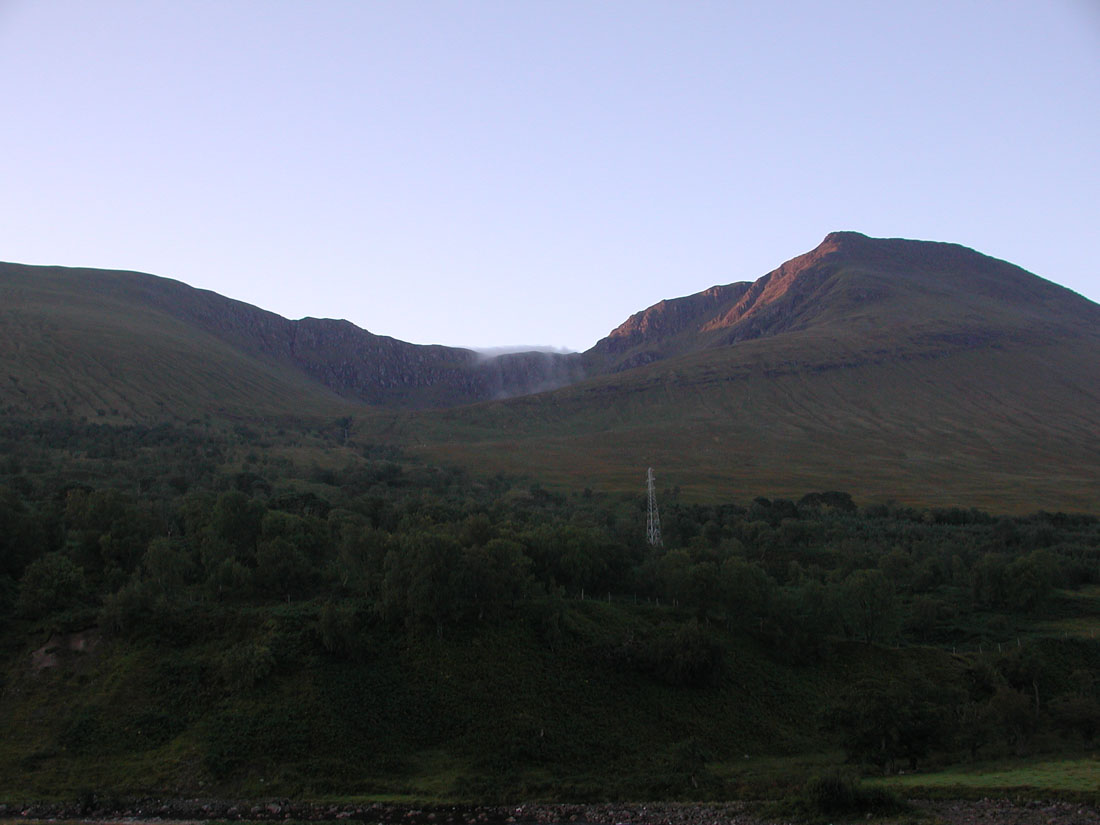 Back in 2004 the wee bridge was still present at NN 353 468, we were on the Red Route and headed across then uphill through birch towards Coire an Lochain.

Beinn Achaladair was better lit by this point, still with cloud rolling over the ridge. 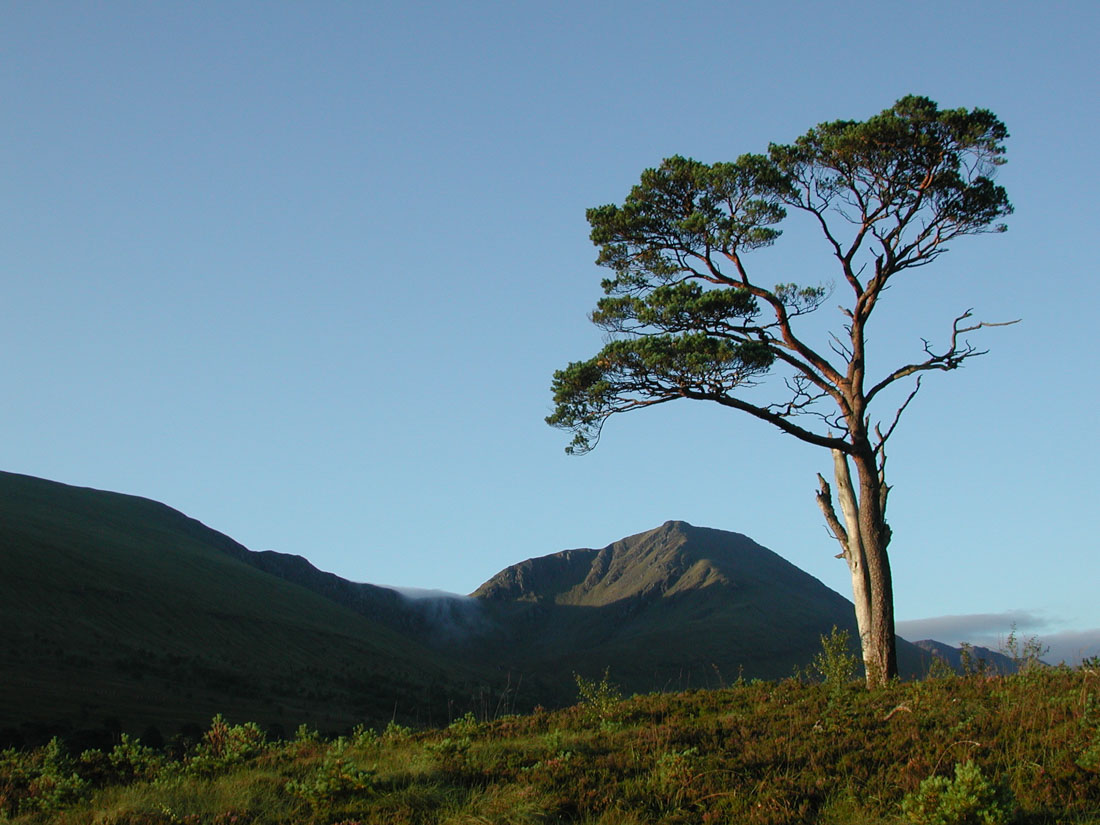 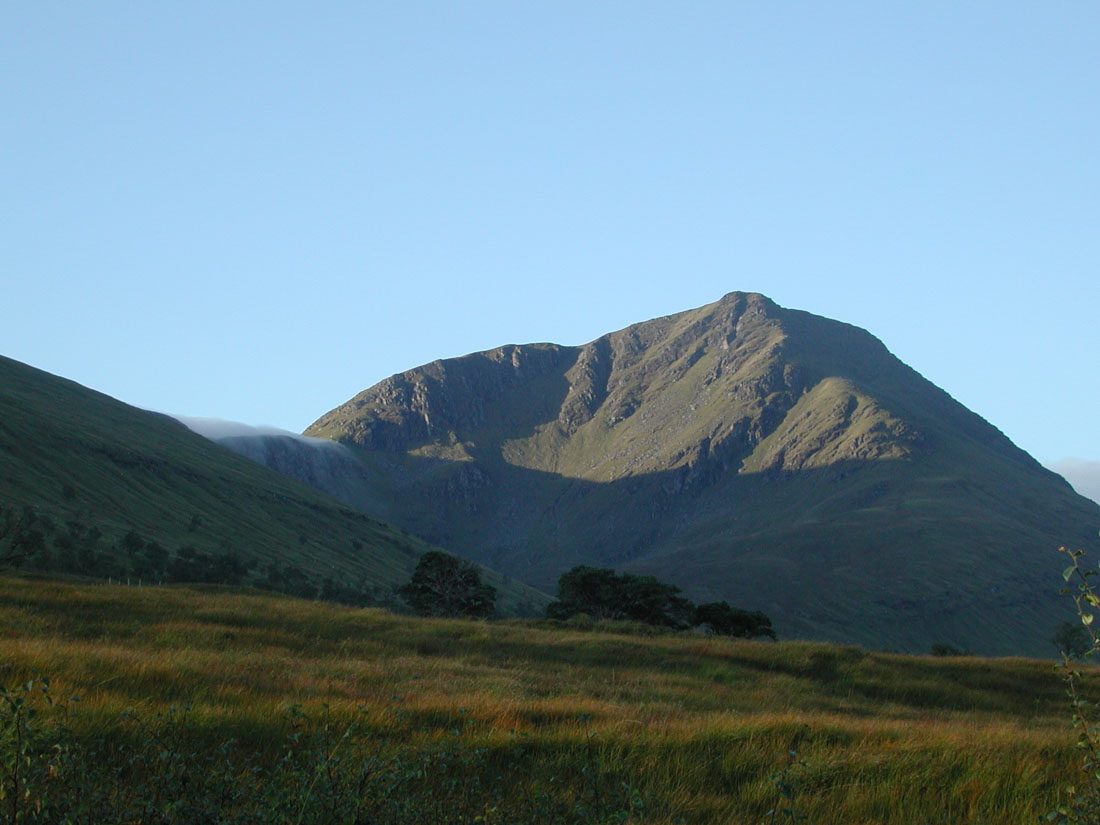 We plodded up Coire an Lochain, with views to the north expanding. A mist layer over Rannoch was backed by Ben Nevis. 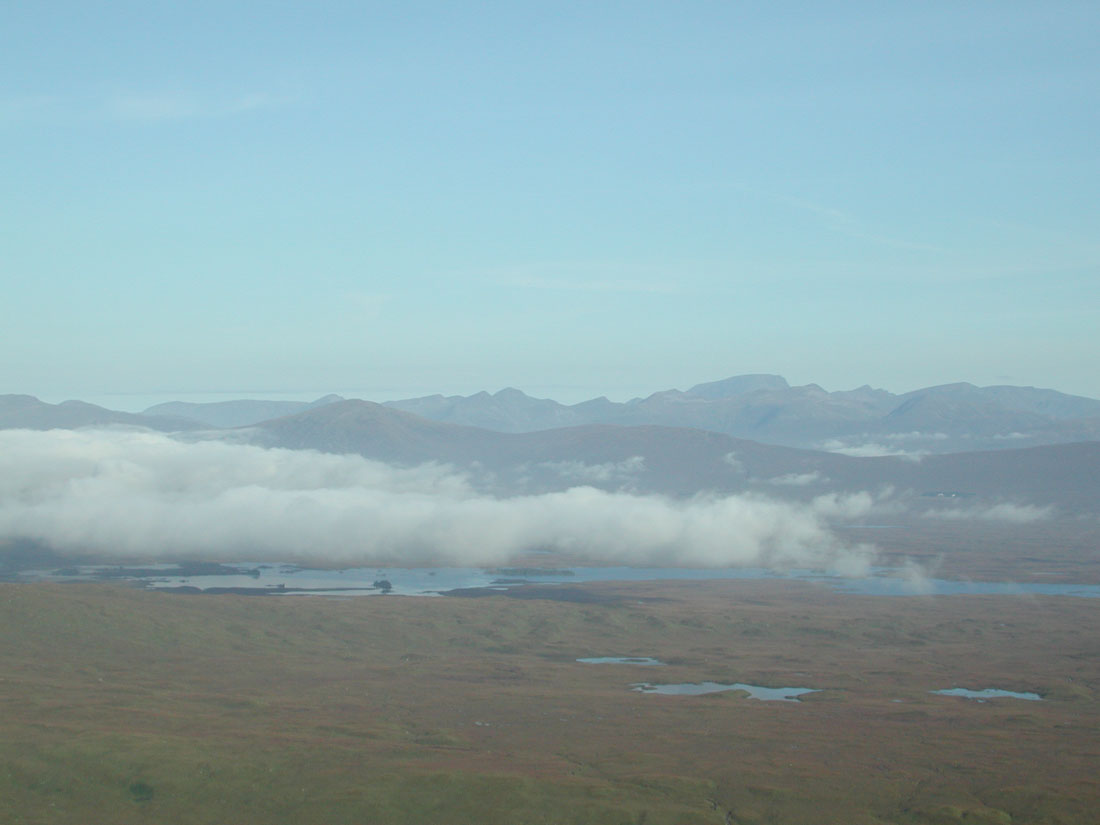 Once up on the north ridge of Chreachain we were treated to a great inversion coating the hills to our south and east. Bonus. 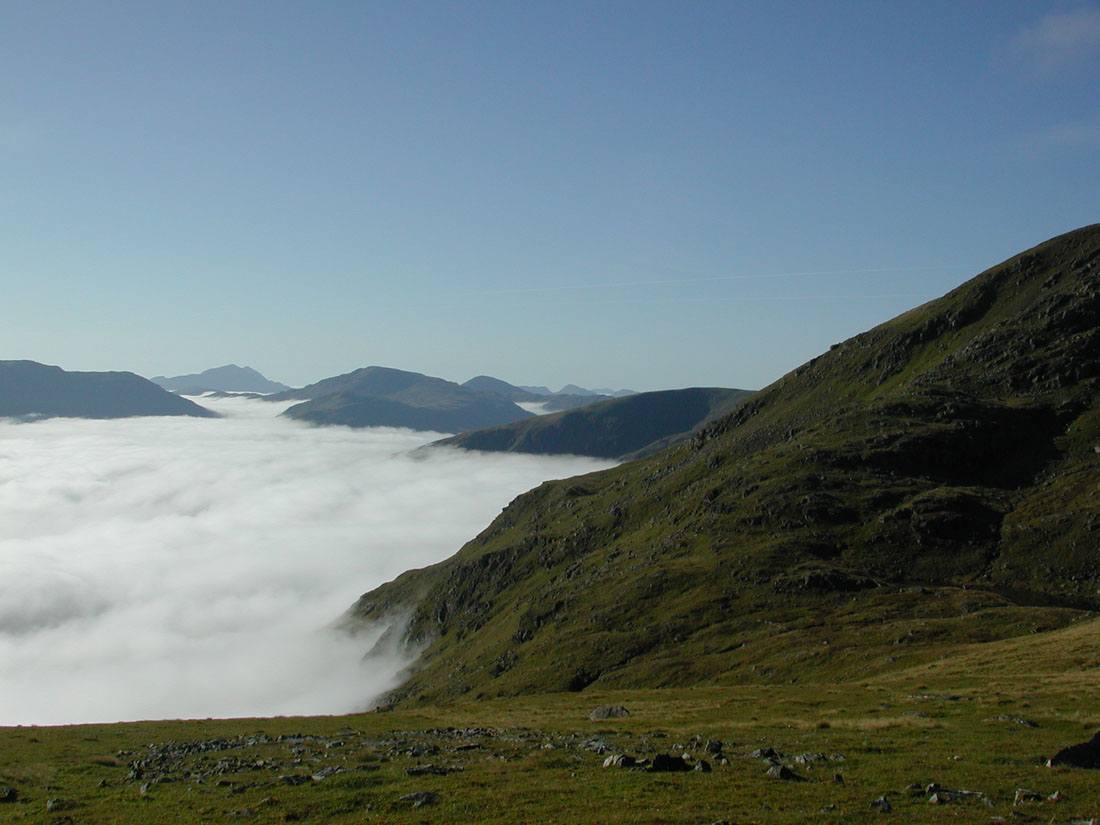 Lawers and Schiehallion across inversion 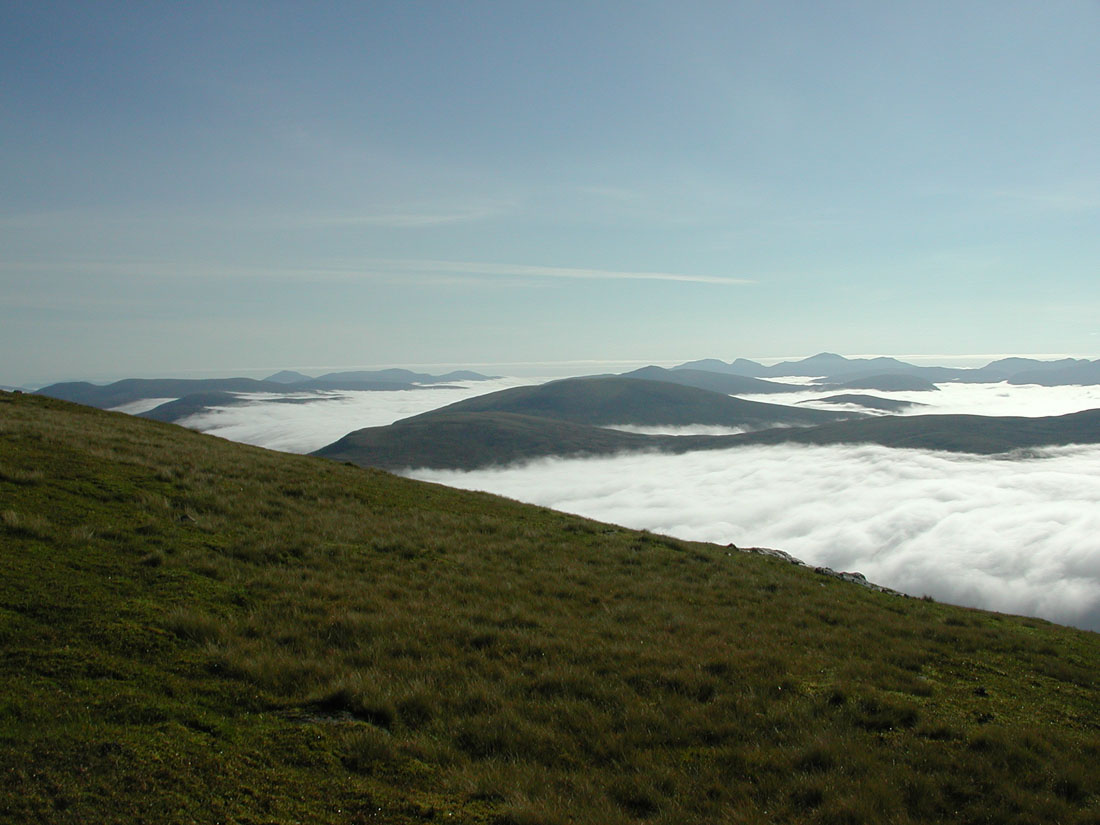 A hot September day, we reached the summit of Chreachain as the drabs of mist over Rannoch evaporated.

H on Beinn a Chreachain 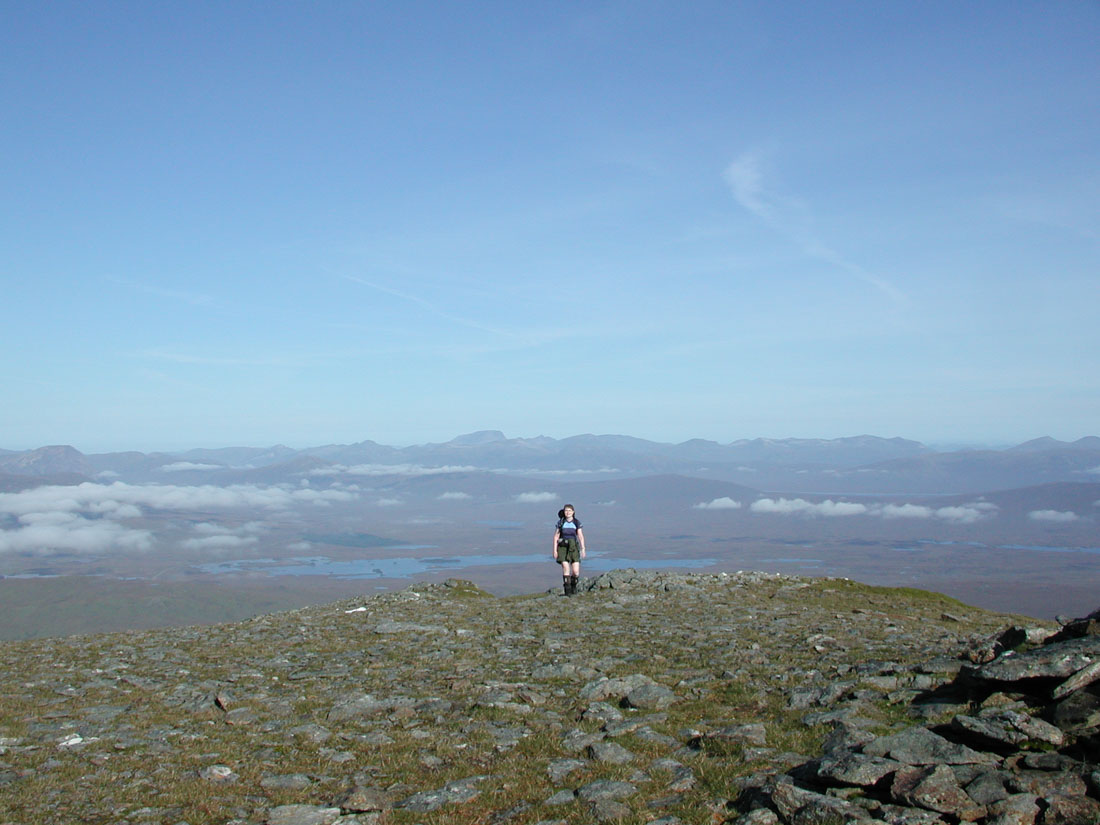 We were on the inversion border – everything south was under inversion, other than the hill tops. Always a great sight, even better having been in the sun on ascent.

Lawers from Beinn a Chreachain 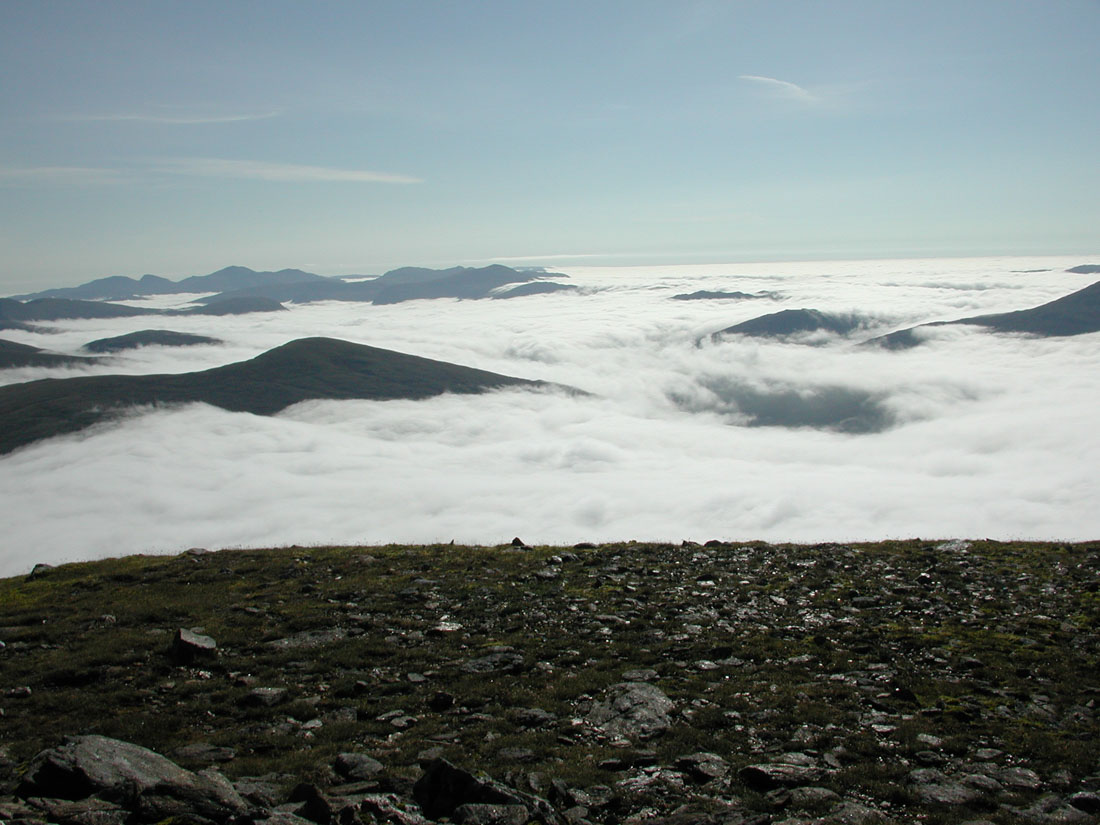 K on ridge with inversion 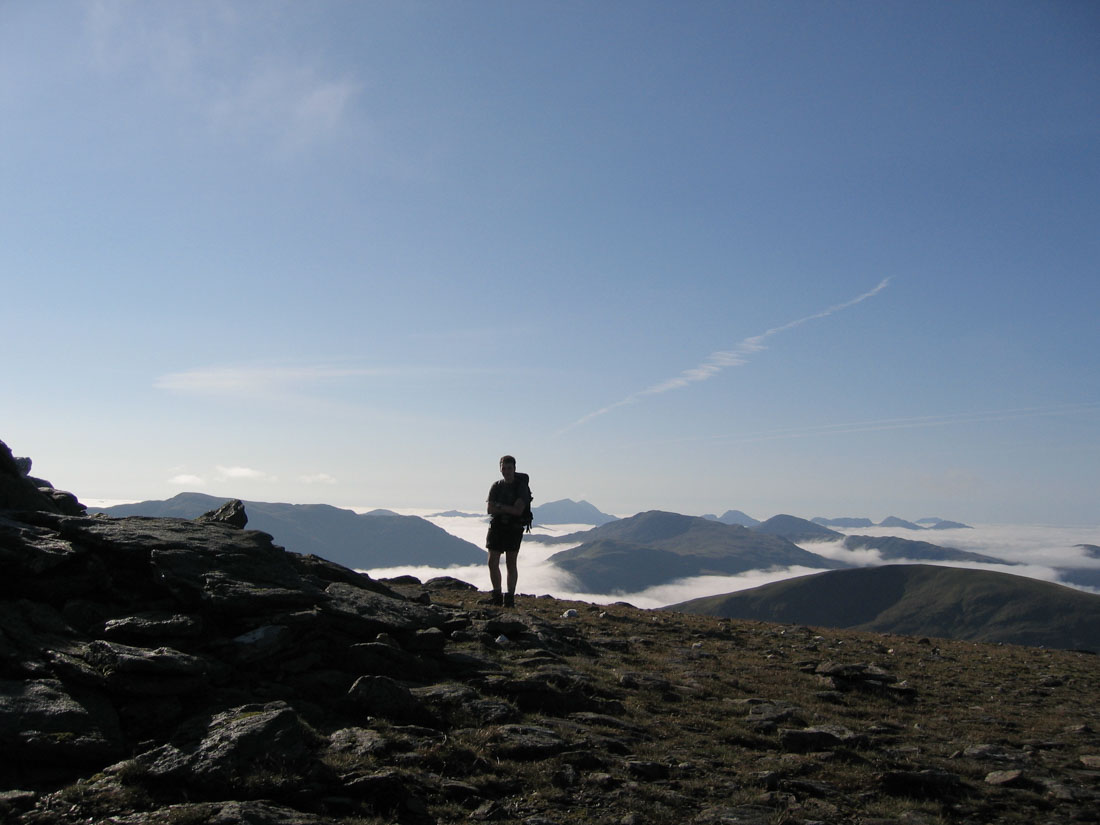 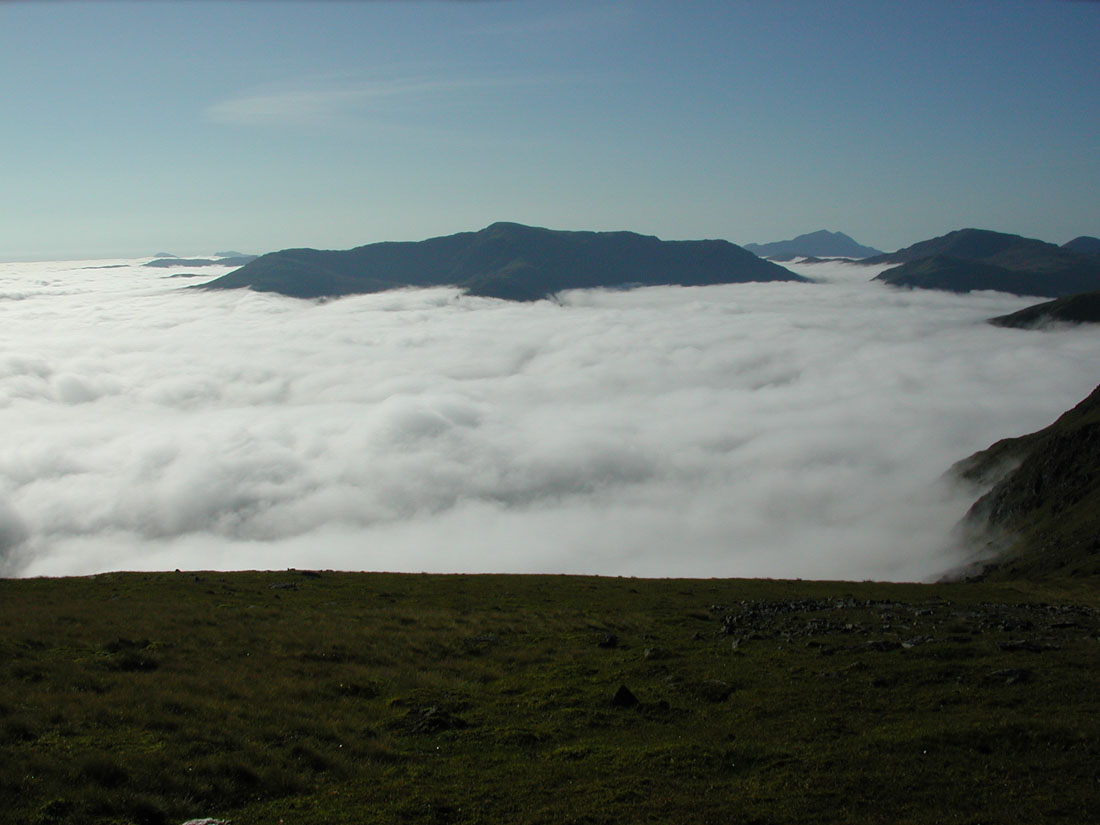 S from Beinn a Chreachain 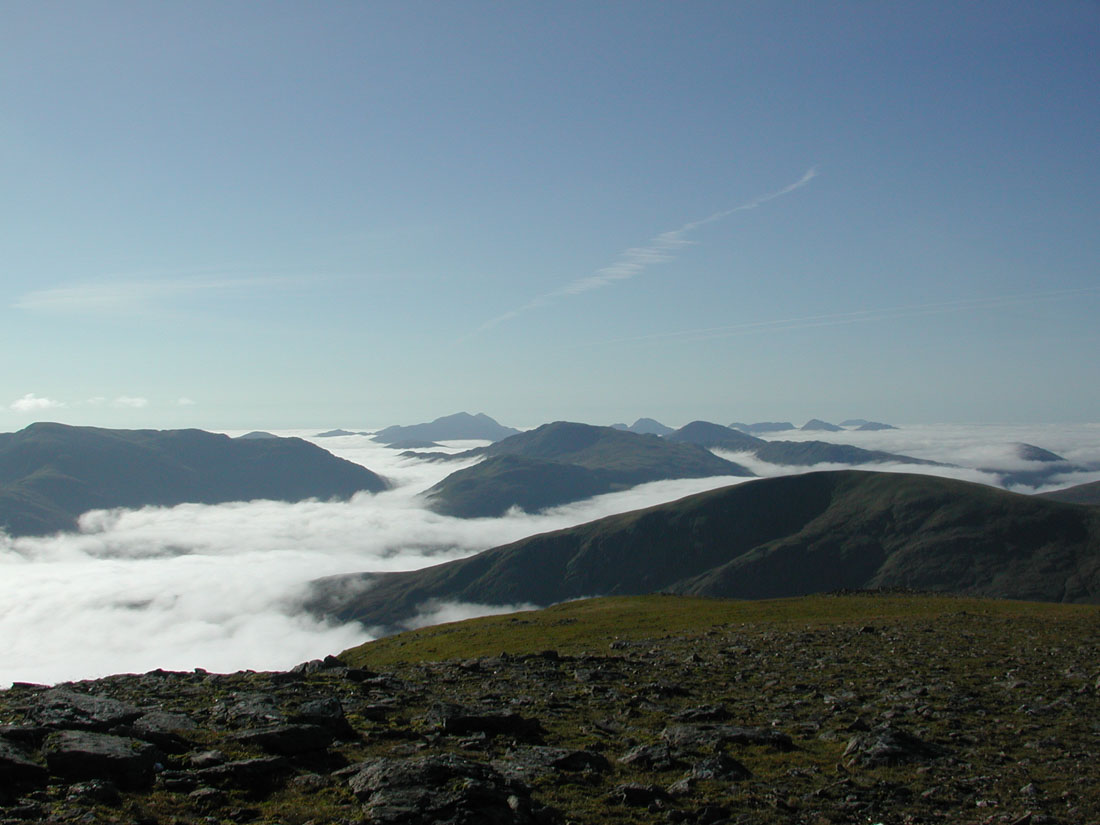 A great place to sit and have a bite to eat. Eventually we started down hill towards Beinn Achaladair – Ben Cruachan in the distance.

Ben Cruachan from Beinn a Chreachain 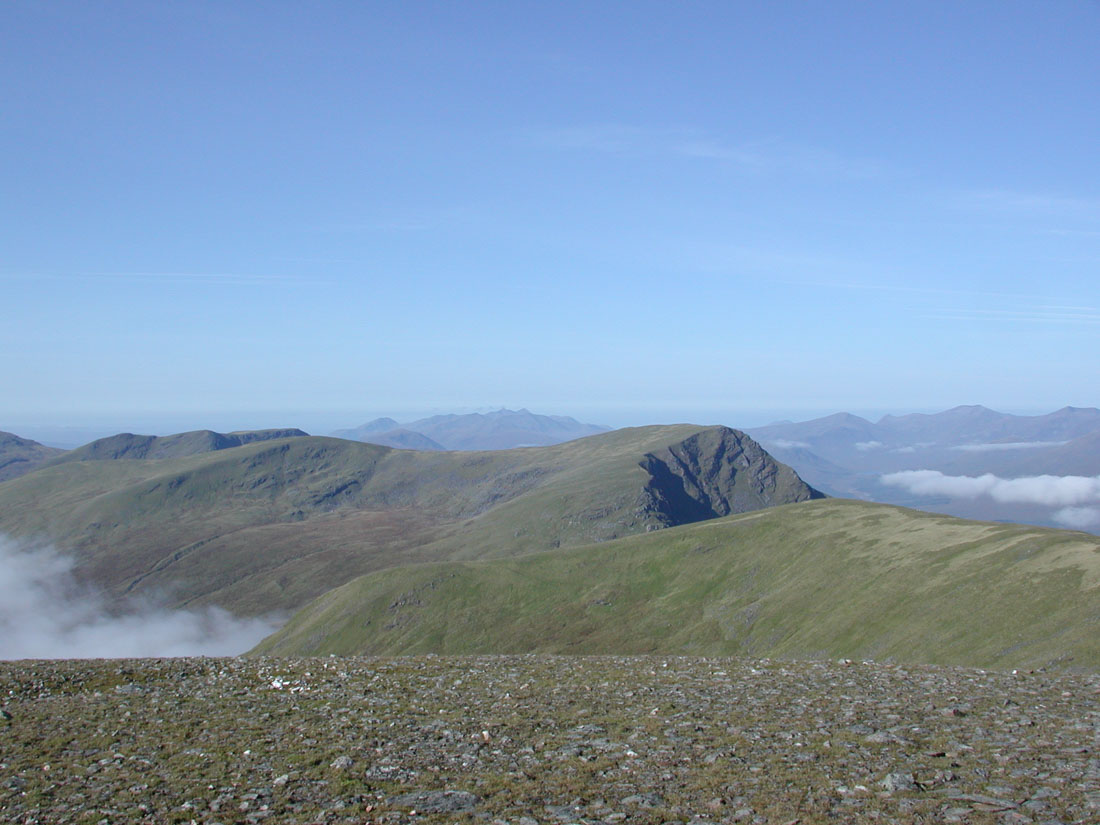 A nice, relaxed walk between the munros, although the ascent of Achaladair is steep in bits. 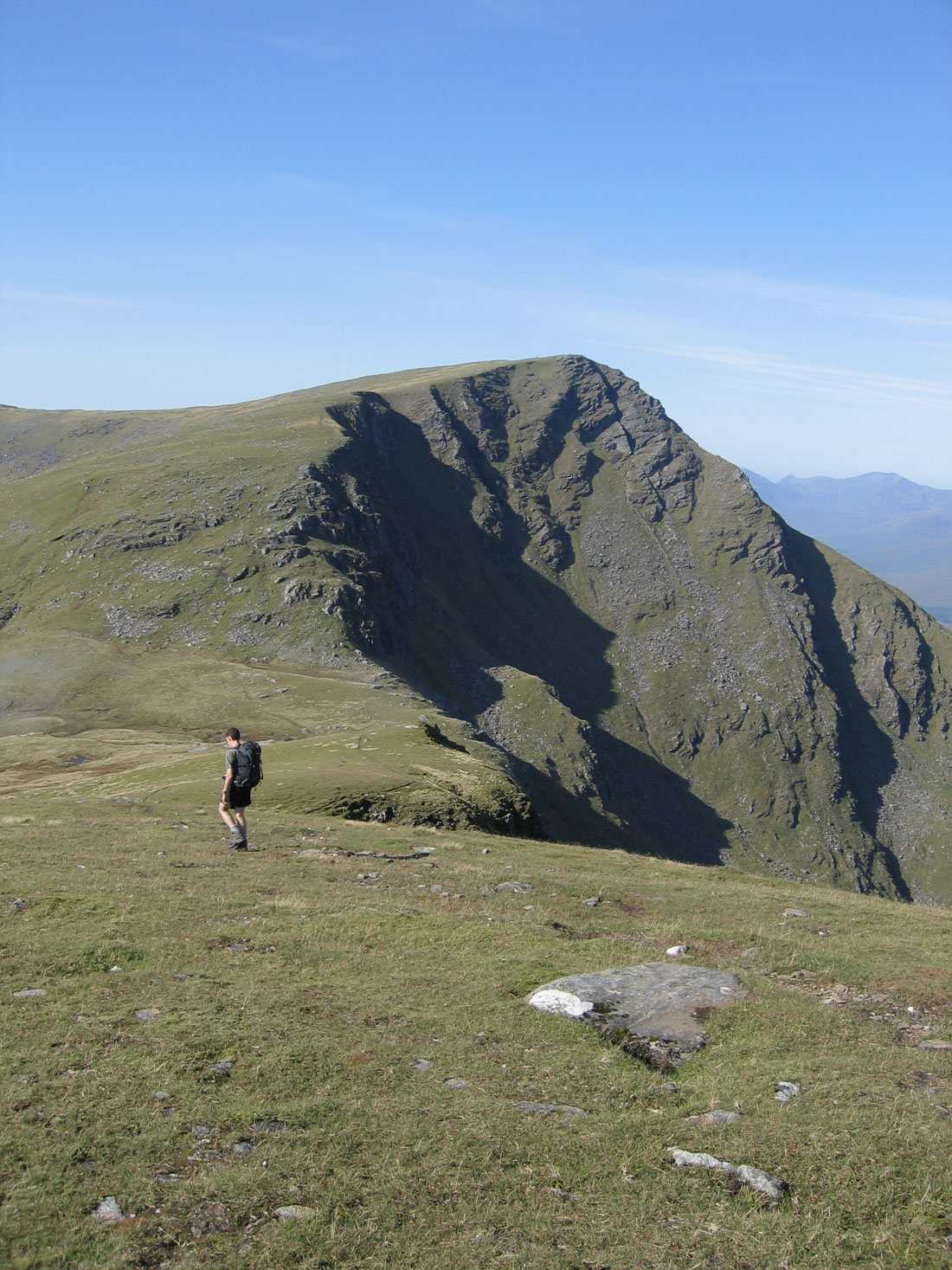 Once above the steepness there’s an easier incline to the munro summit. 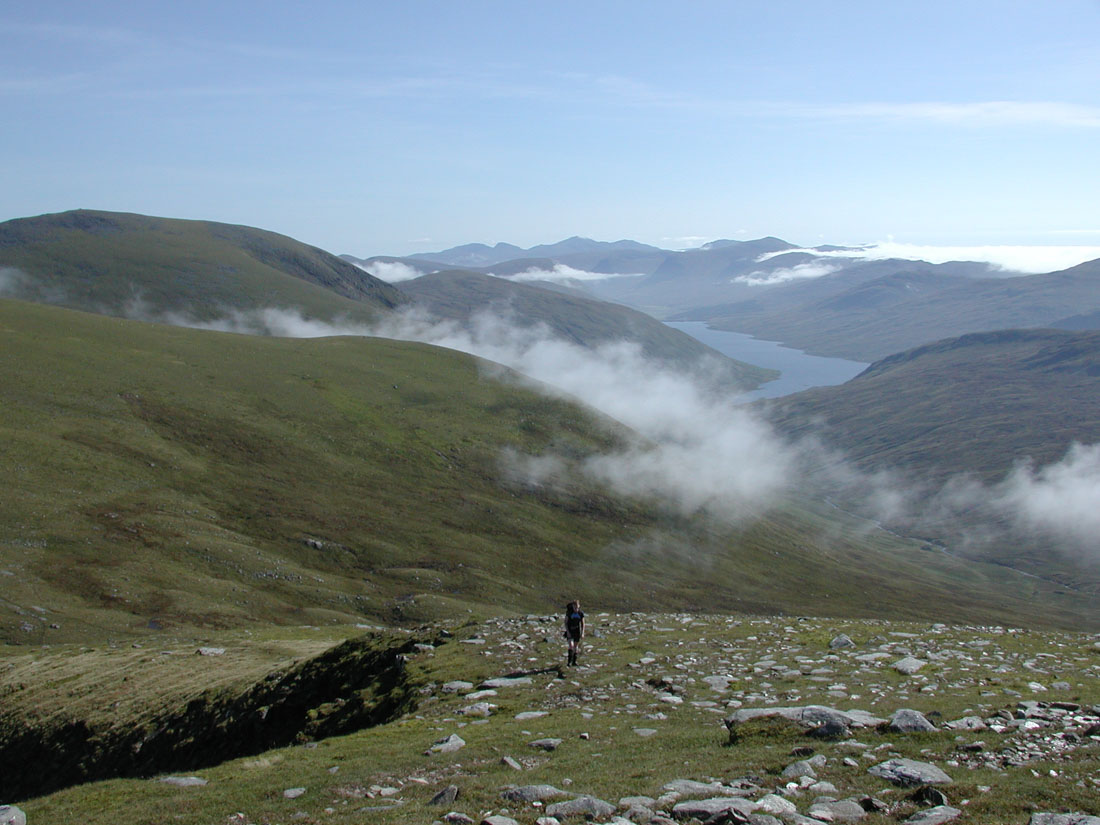 Once at the top there’s a good view across Loch Tulla, with a backdrop including Ben Cruachan and Ben Starav.

Across to Loch Tulla from Beinn Achaladair 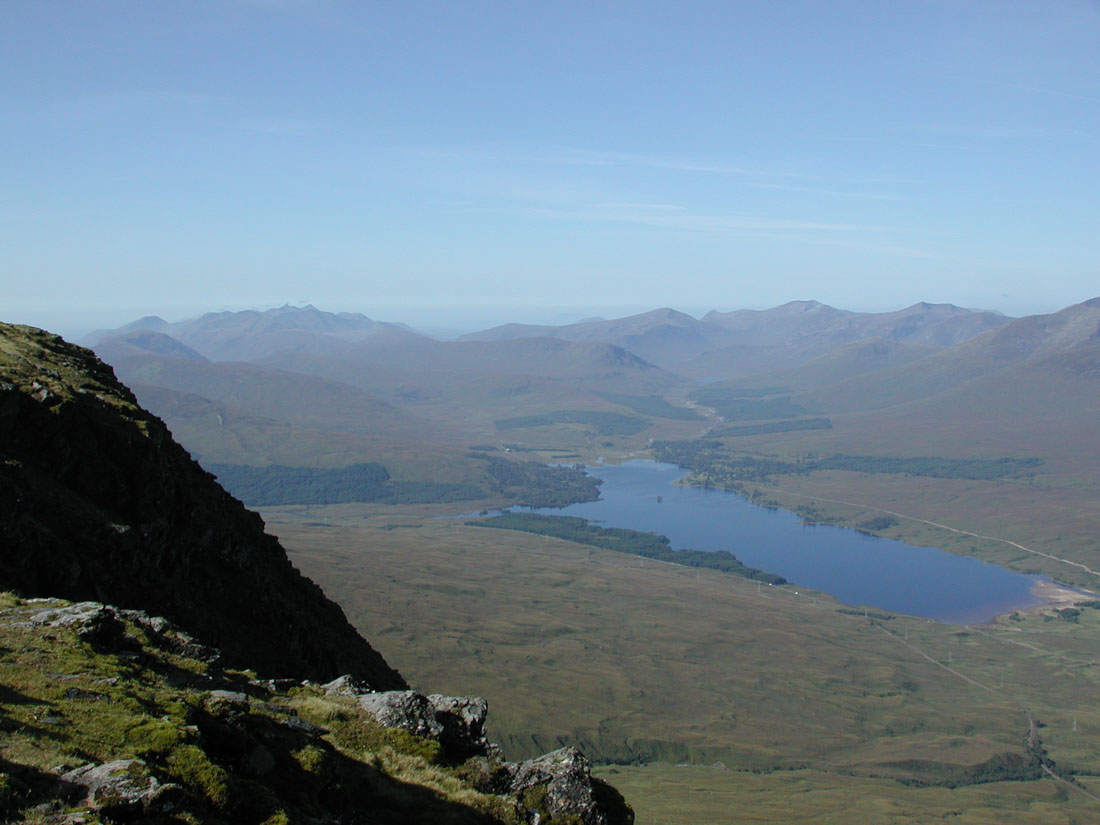 …and then down the south ridge of Beinn Achaladair before the long, soupy descent north through Coire Achaladair.

view down up Coire Achaladair 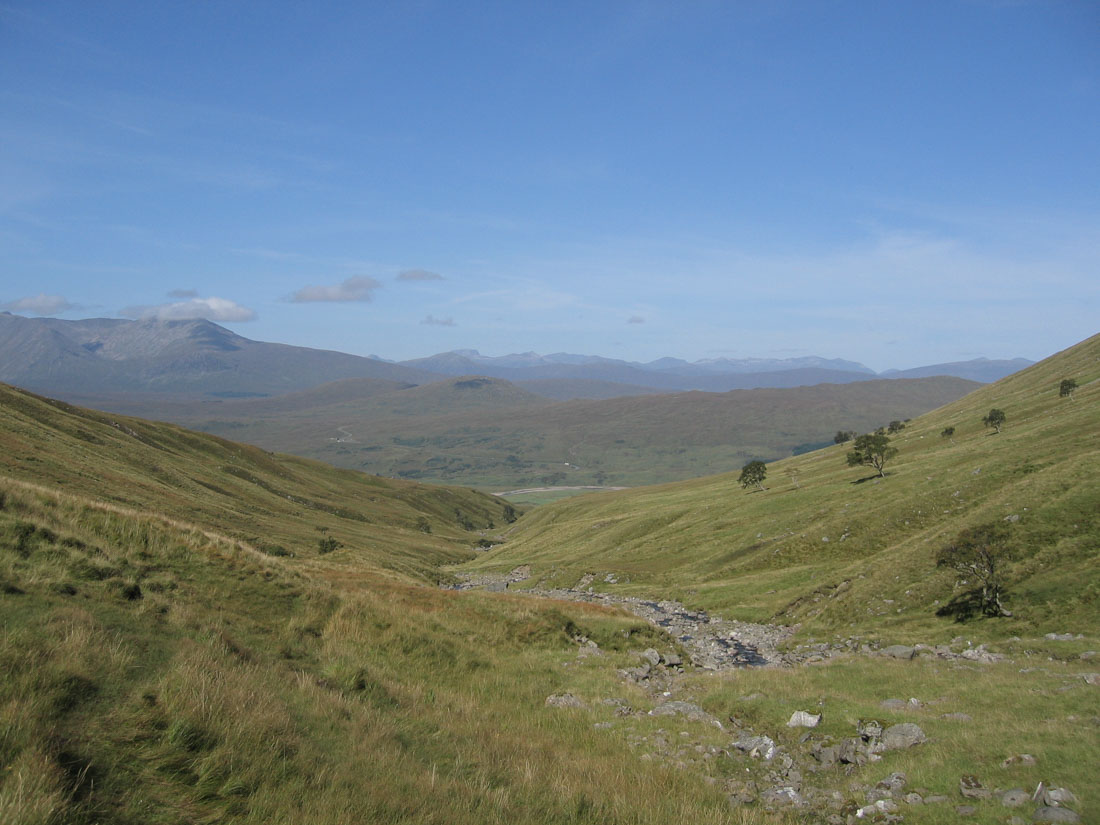 A cracking walk, not sure why it took us 13 years to return.