Another good looking day on offer…..and we decided to repeat some hills. We’d visited Mam Sodhail and Carn Eighe in 2003, ascending via Tom a Choinnich and then dropping into Coire Leacavie.

We’d had our eye on an ascent of Sgurr na Lapaich – high ridges are preferable to coires and this looked good.

Headed out to the Affric road car park again – we were in mist as we headed out to Affric Lodge, taking the substantial path/track uphill to the high ground between Sgurr na Lapaich and Am Meallan. We cut off the path at the corner NH 176 239 and crossed the peat to pick up the SE ridge of Sgurr na Lapaich.

A new route for us, with no real path to find. The terrain was just fine though and we made decent progress uphill.

Even better – we started to emerge from an inversion of cloud in Glen Affric. Result. 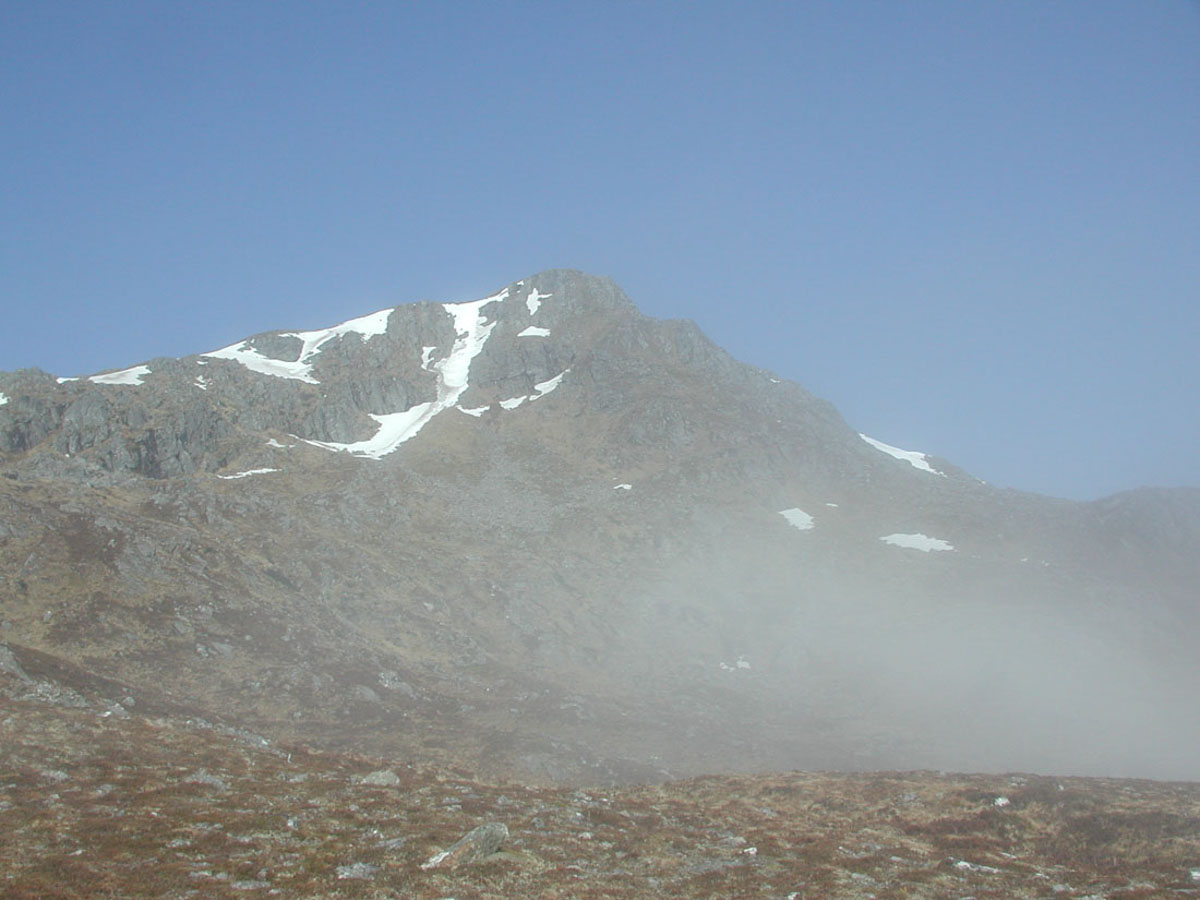 We popped up into the sunny realm above. It felt hot all of a sudden.

Tom a Choinich over inversion 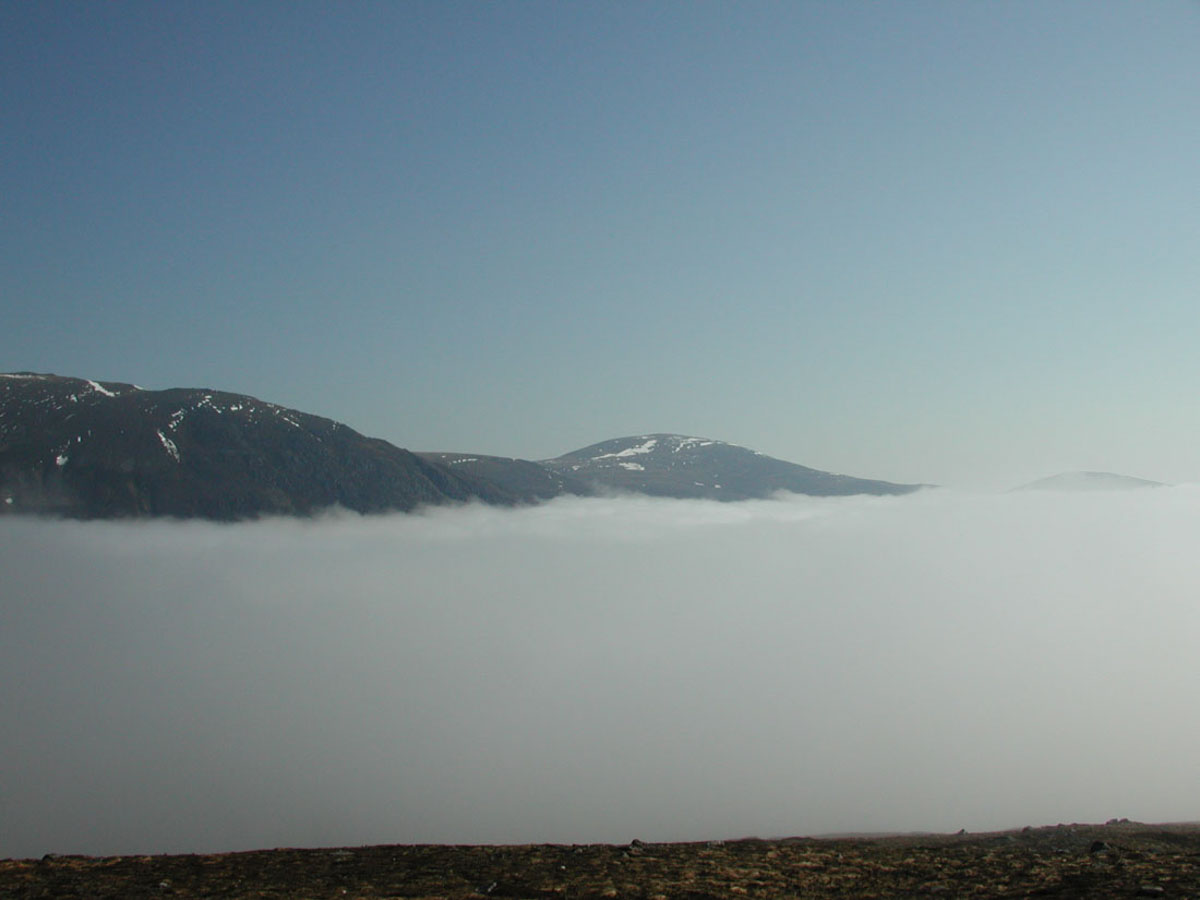 Continued up Sgurr na Lapaich, peeling off layers as we went. Across Gleann nam Fiadh we could see the ridge of Carn Eighe. 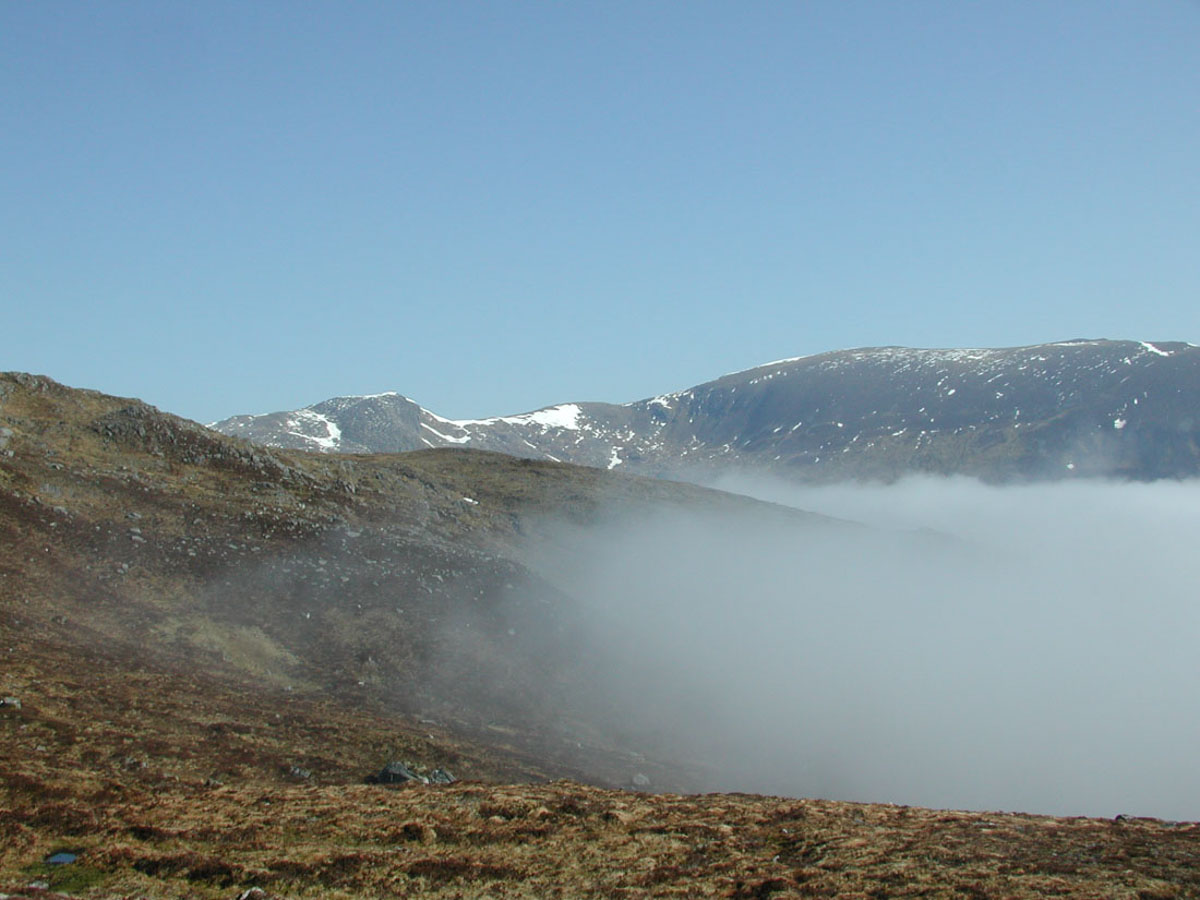 Glen Affric was buried under the inversion. The air above was a little hazy, but we could see across to Mullach Fraoch Coire easily enough. 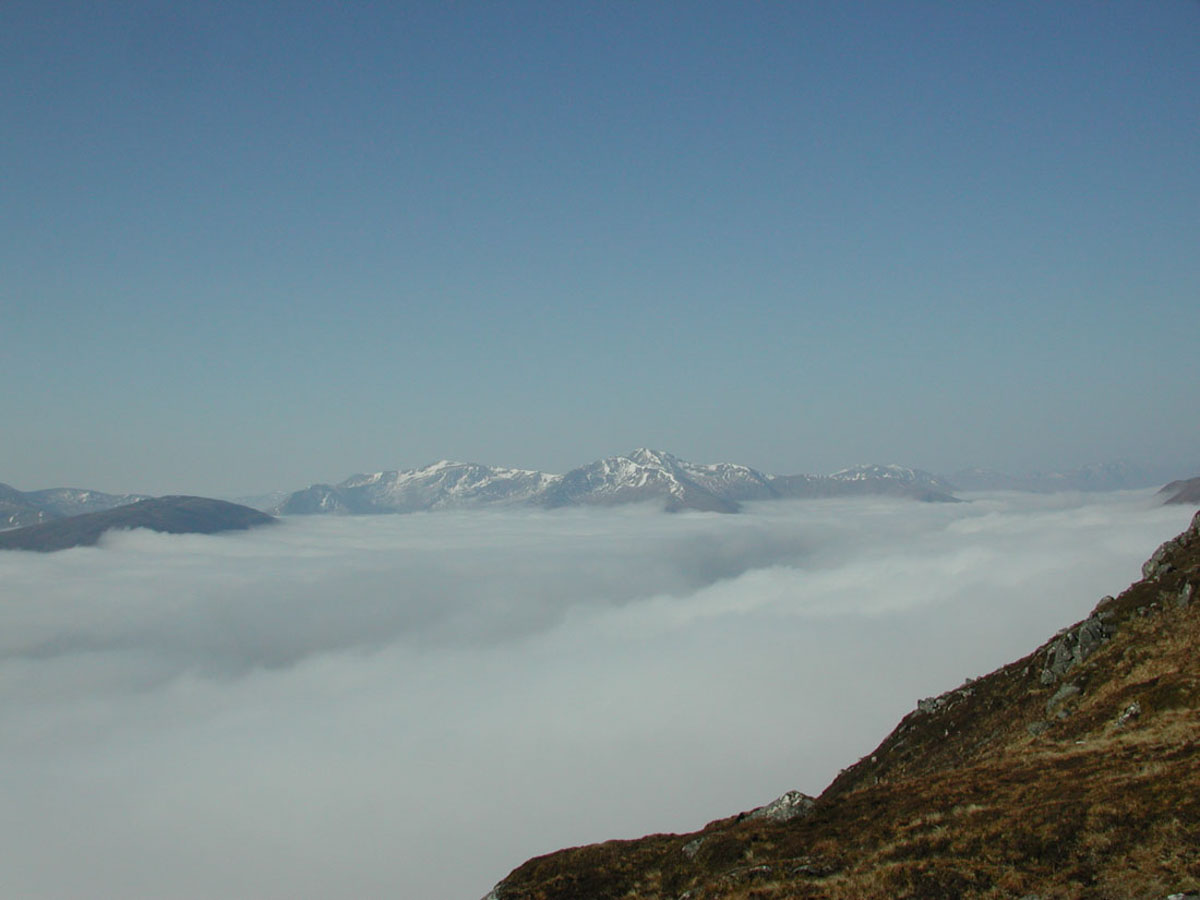 A dramatic looking morning, an inversion was an unexpected bonus. Just a bit of bimbling along at height to do. 😉 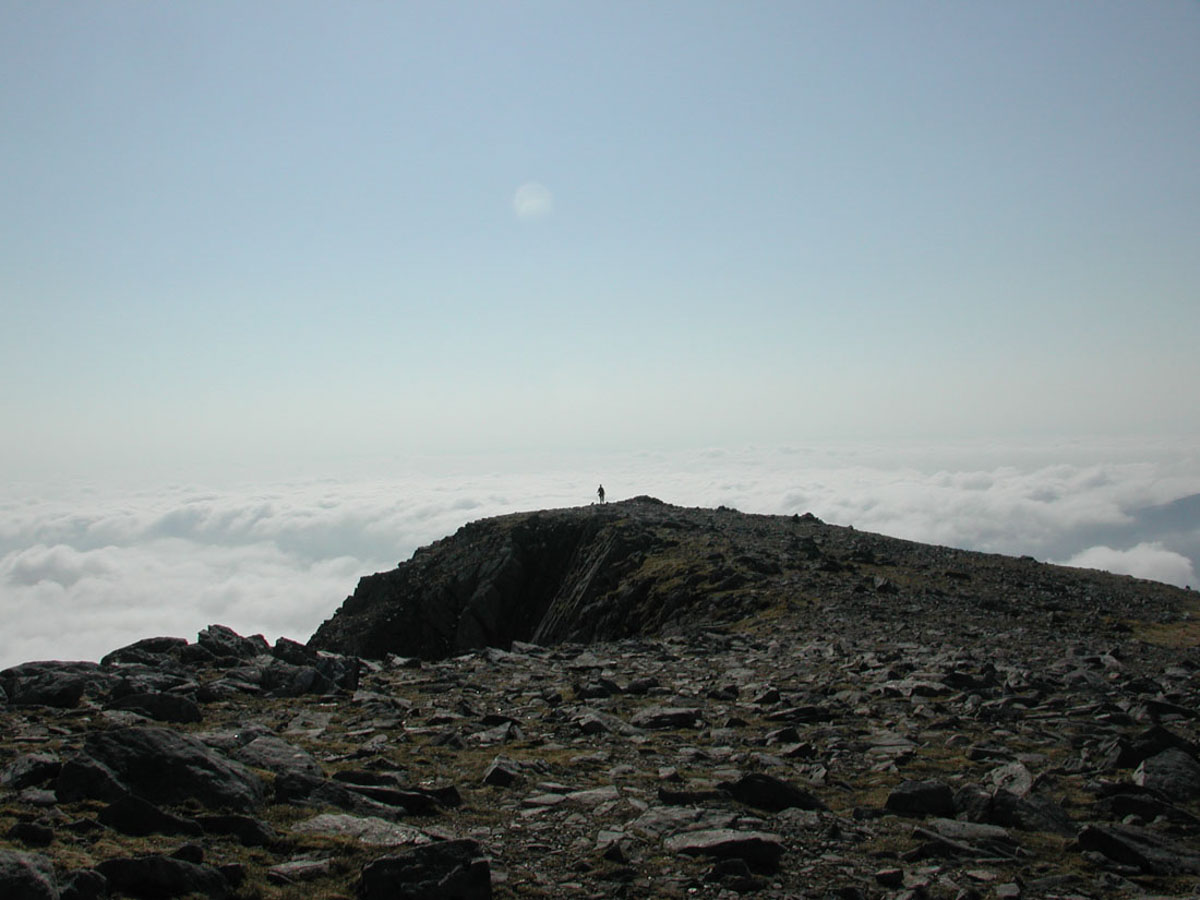 Ahead, across Gleann nam Fiadh we had a view of the paired munros of Mam Sodhail and Carn Eighe. 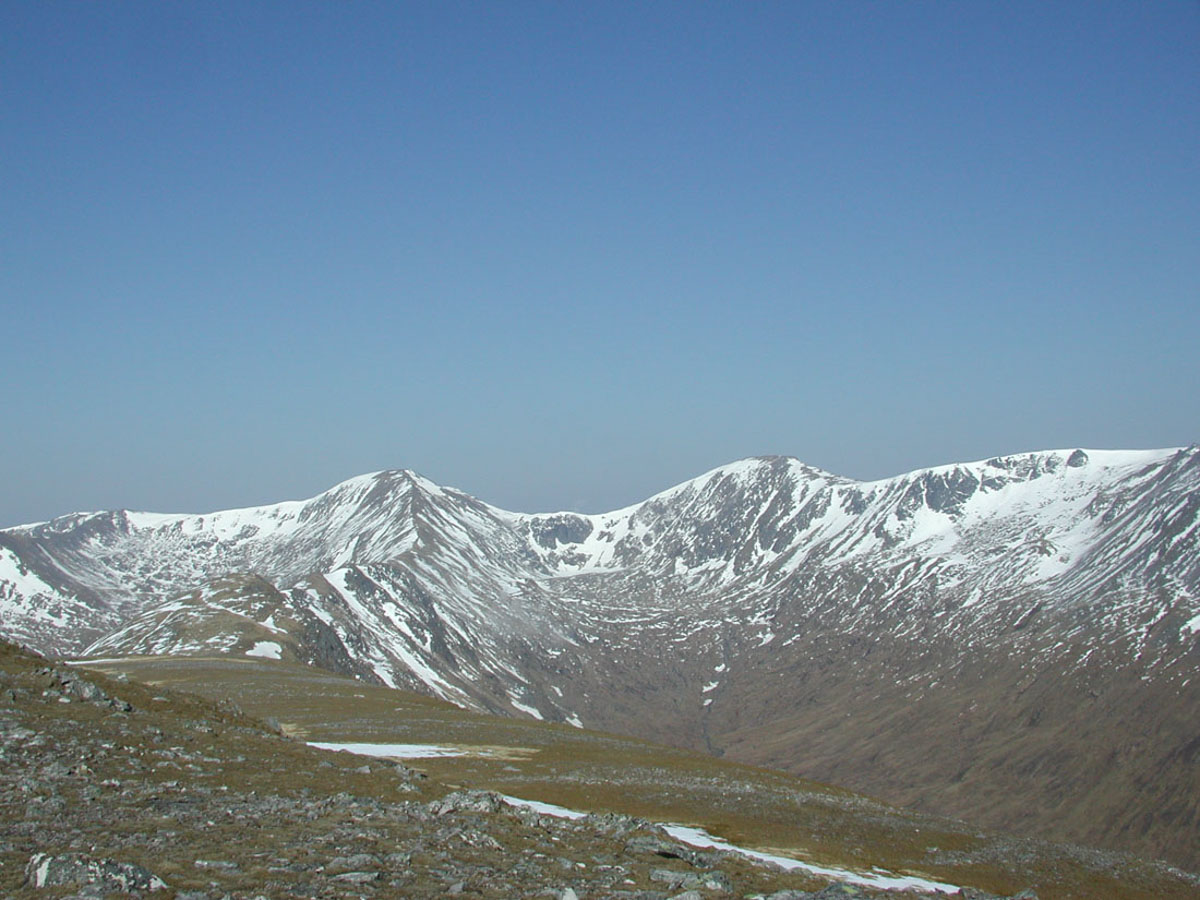 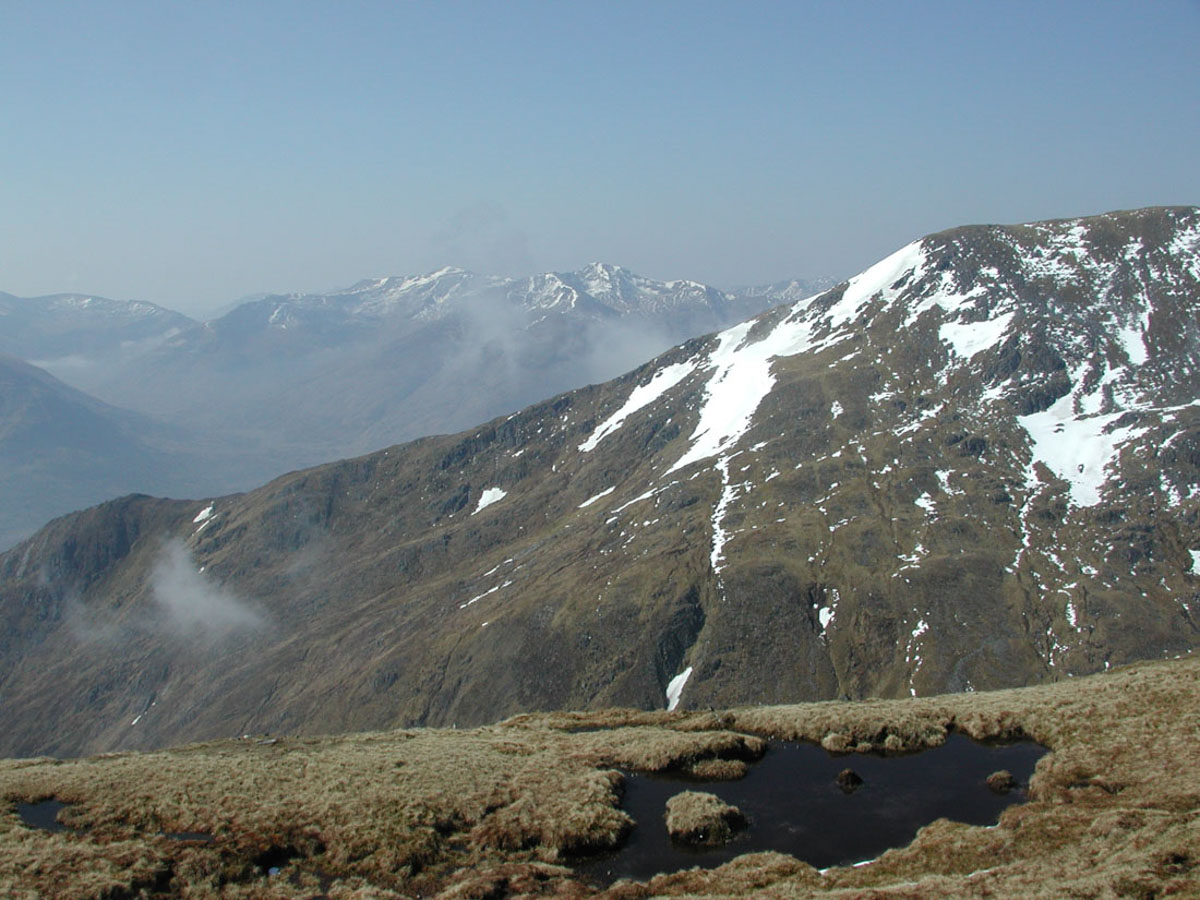 The ridge of Mam Sodhail is a great approach – quieter than the usual and a fantastic high walkway to approach the hill. Immediately established as our preferred route. 🙂 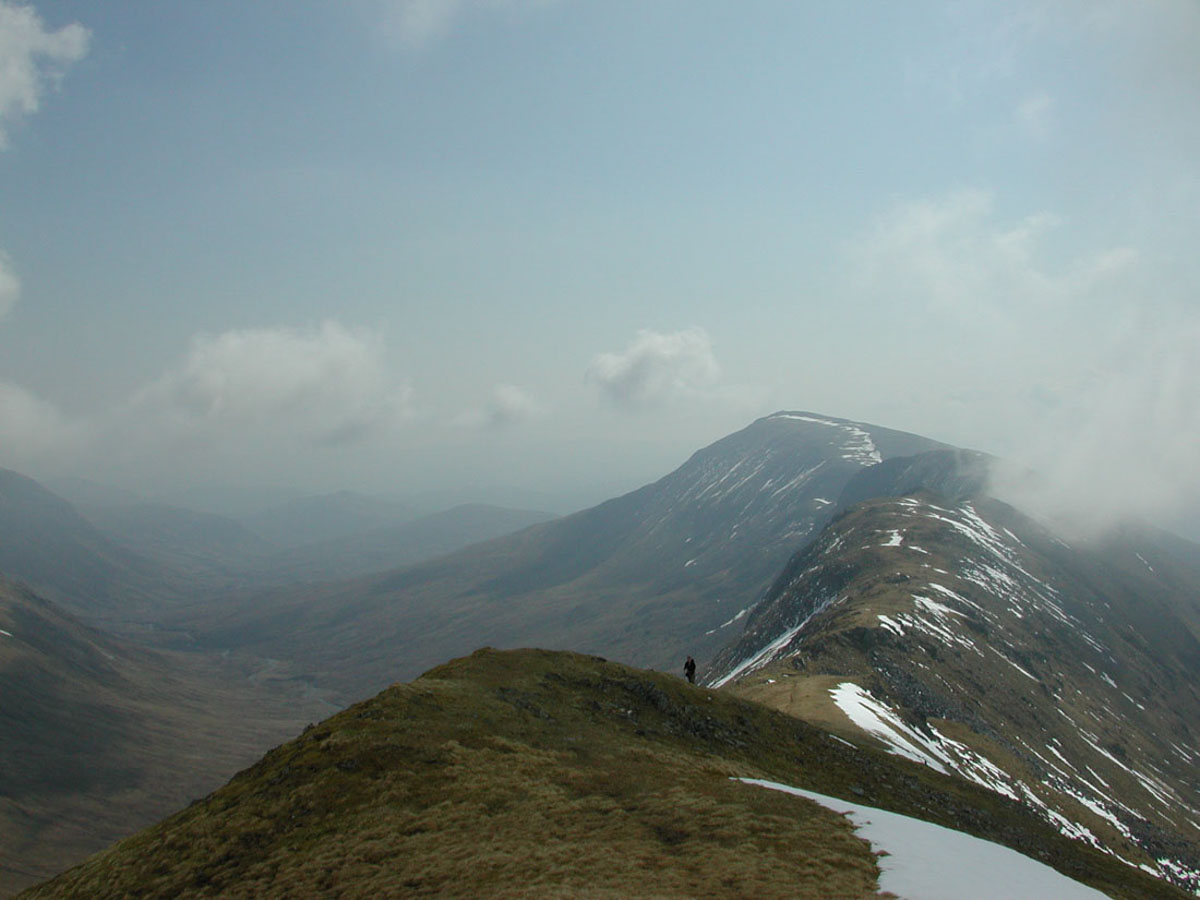 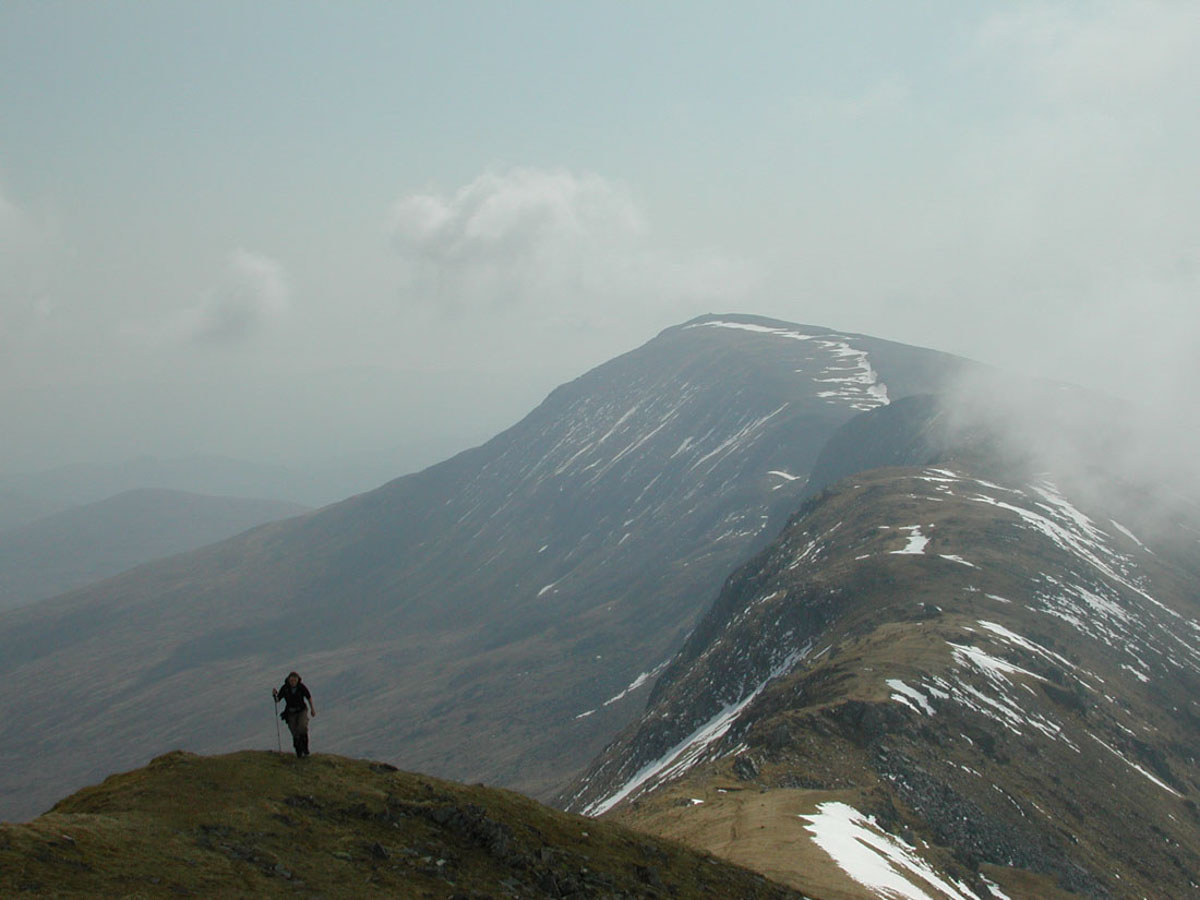 Up to Mam Sodhail – and a view of Sgurr nan Ceathreamhnan – must admit that planning a route for this remote munro was using up quite a bit of my processing power. 😉 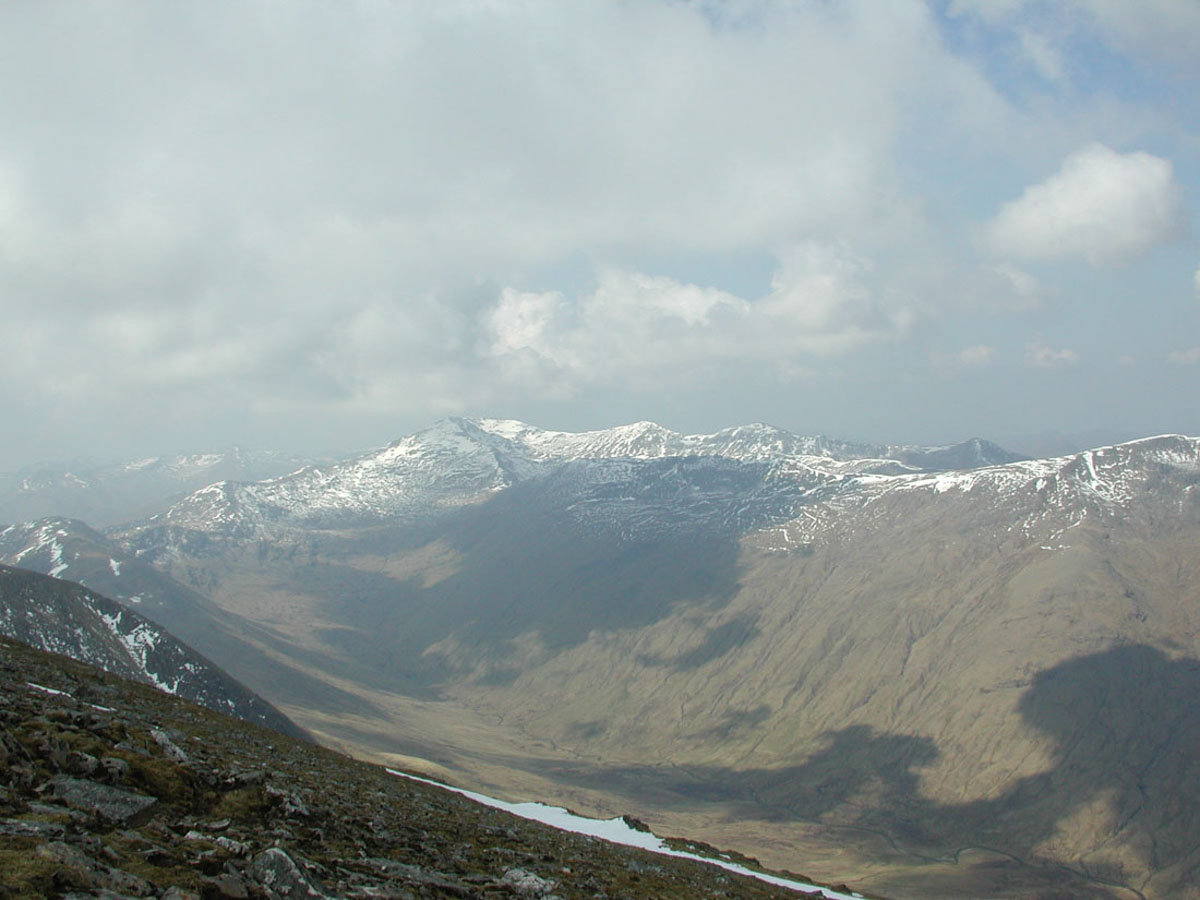 Headed over to Carn Eighe and then started back along the ridge to Tom a Choinich. 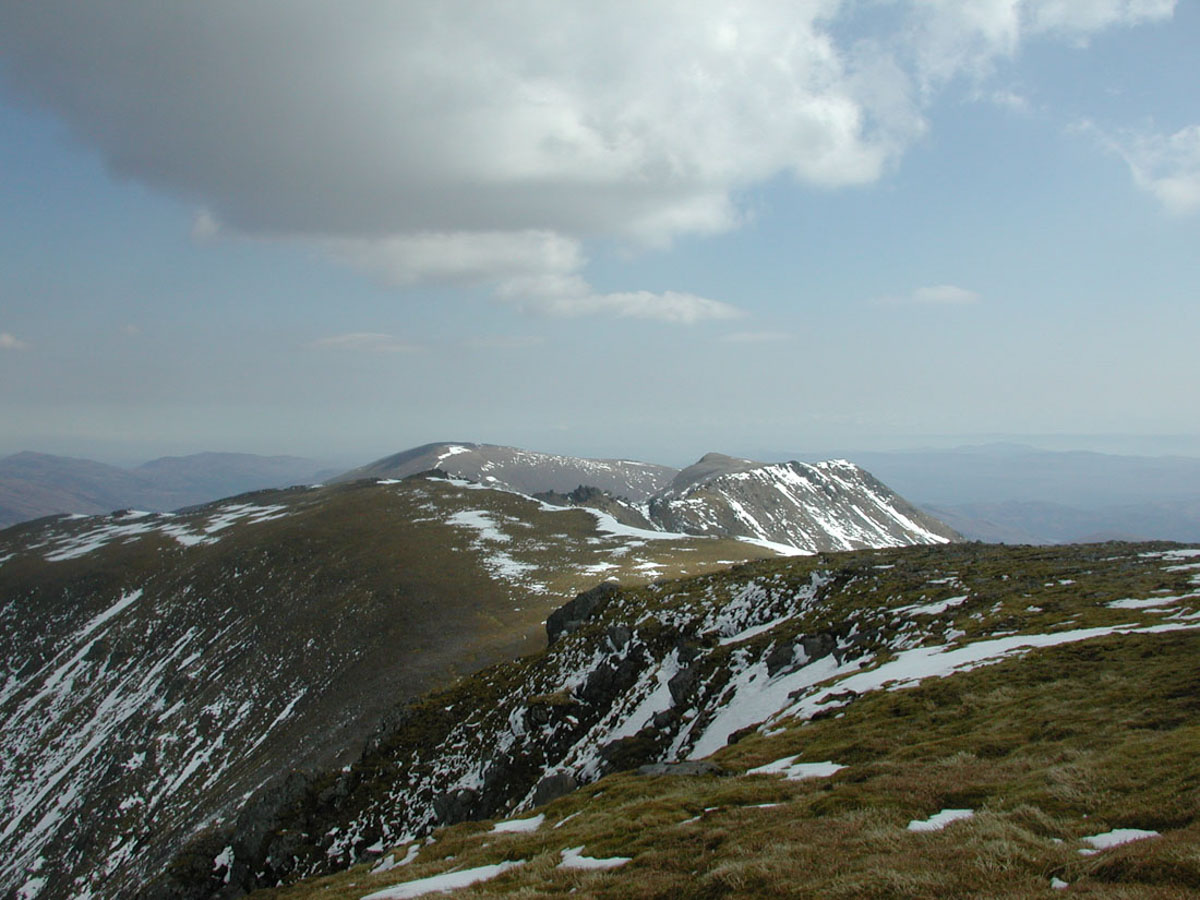 Turning the corner another remote munro below us, my namesake Beinn Fionnlaidh. One for another day. 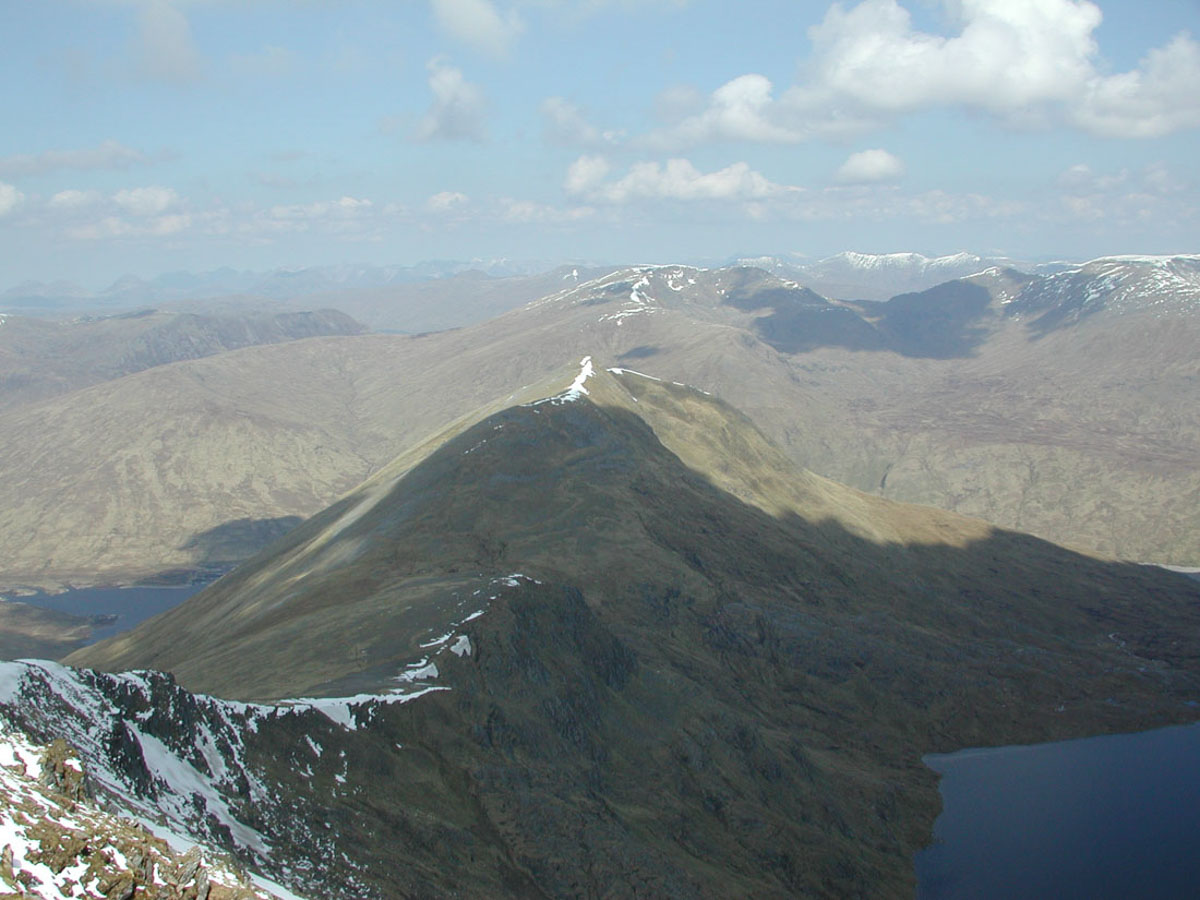 The Carn Eighe ridge is a little more decorated than the Sgurr na Lapaich ridge. 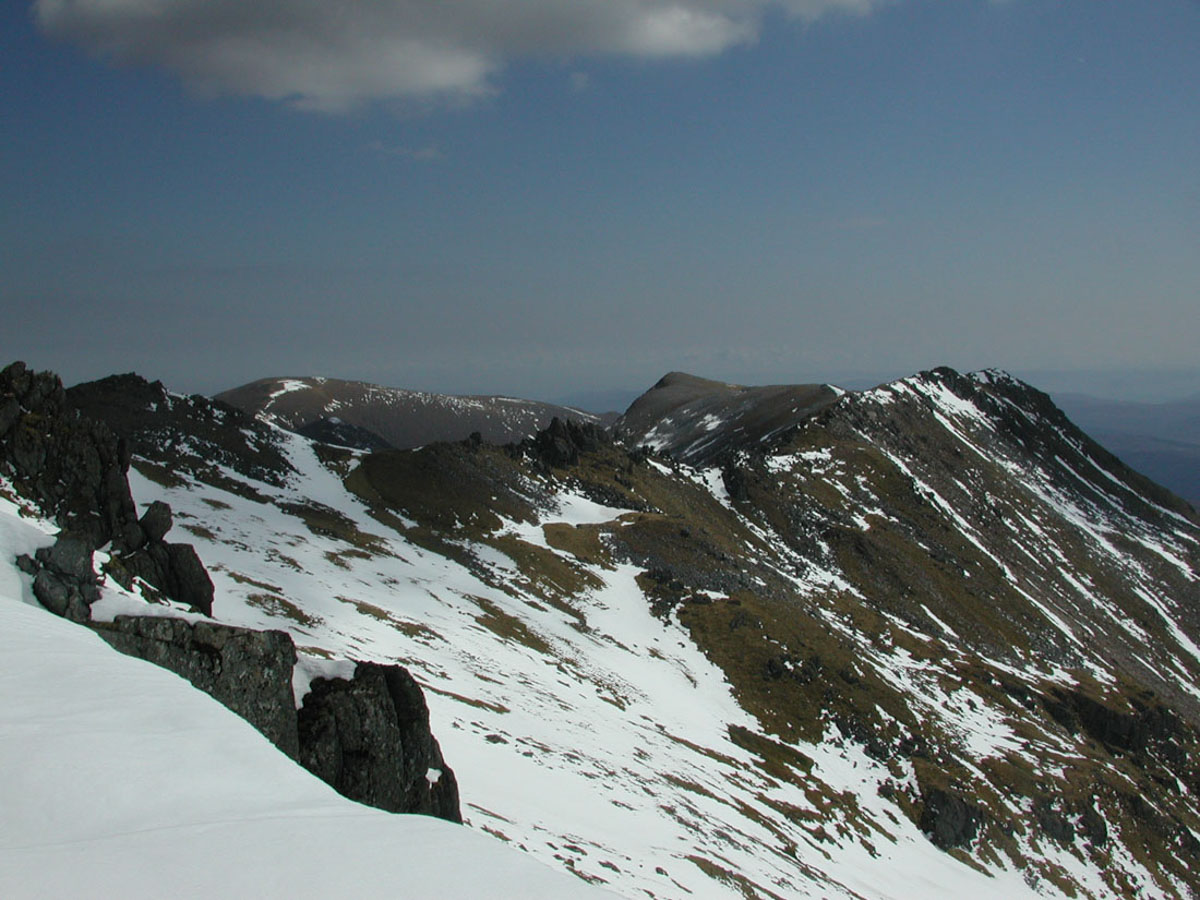 An enjoyable return, with a bit more snow architecture than the approach. 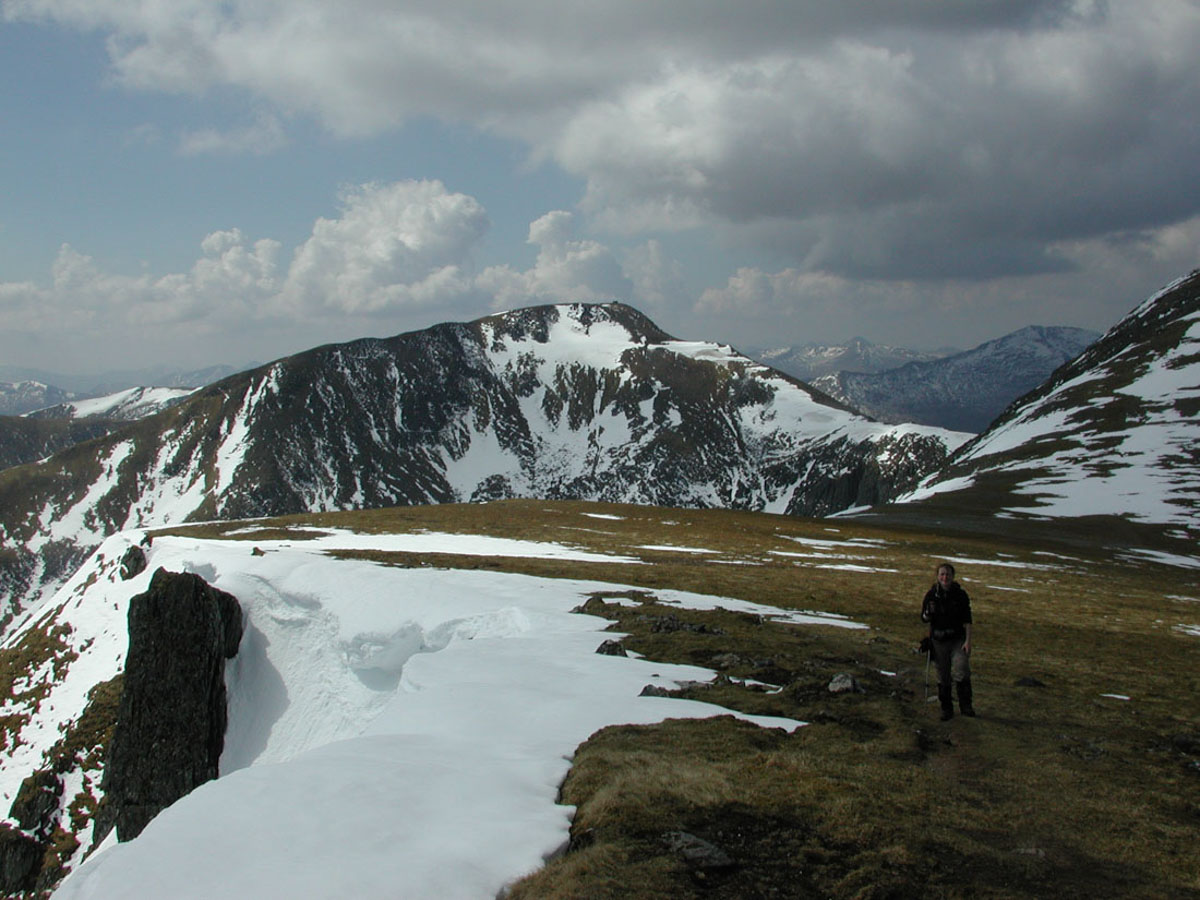 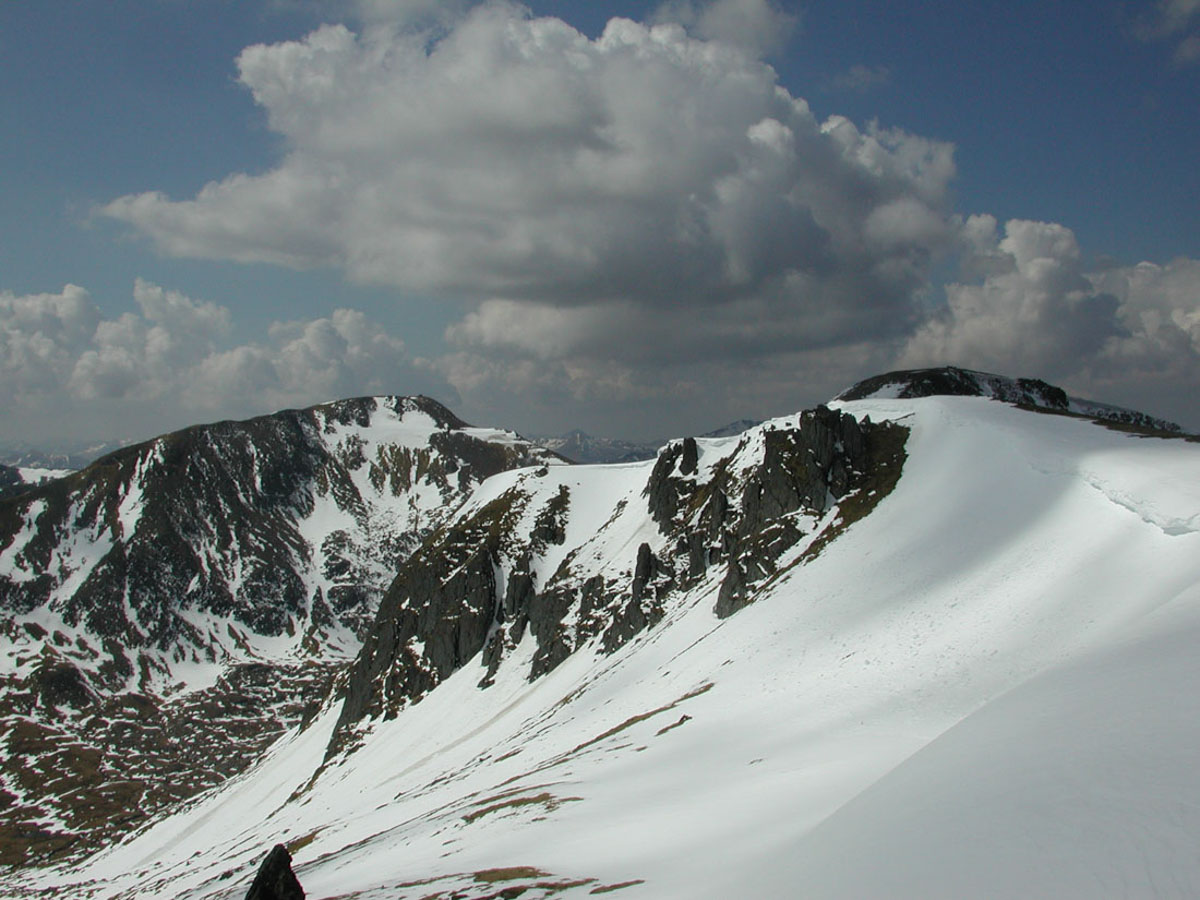 The spring snow was soft in the hot sun, no need for winter gear. 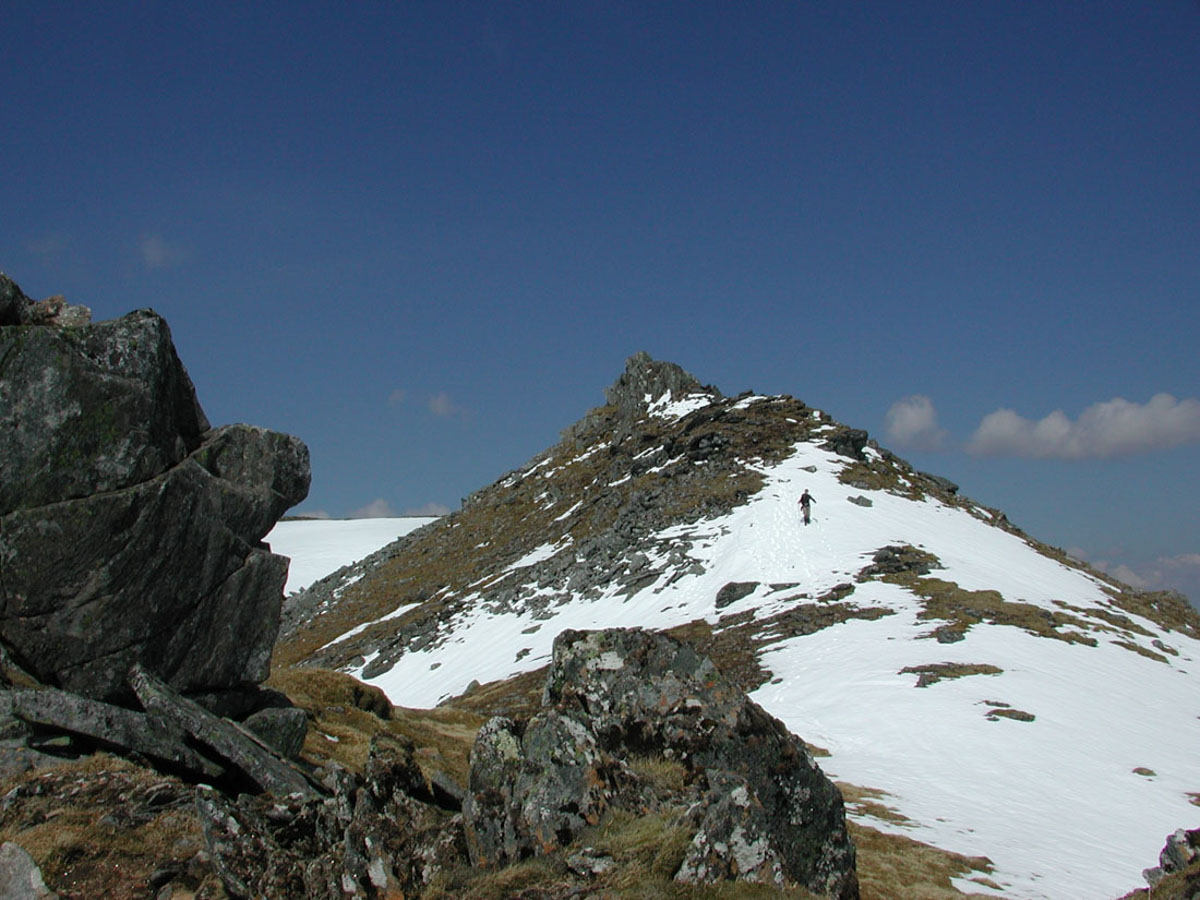 Continued back to An Leth-Creag, this is an interesting ridge.

Looking back on ridge 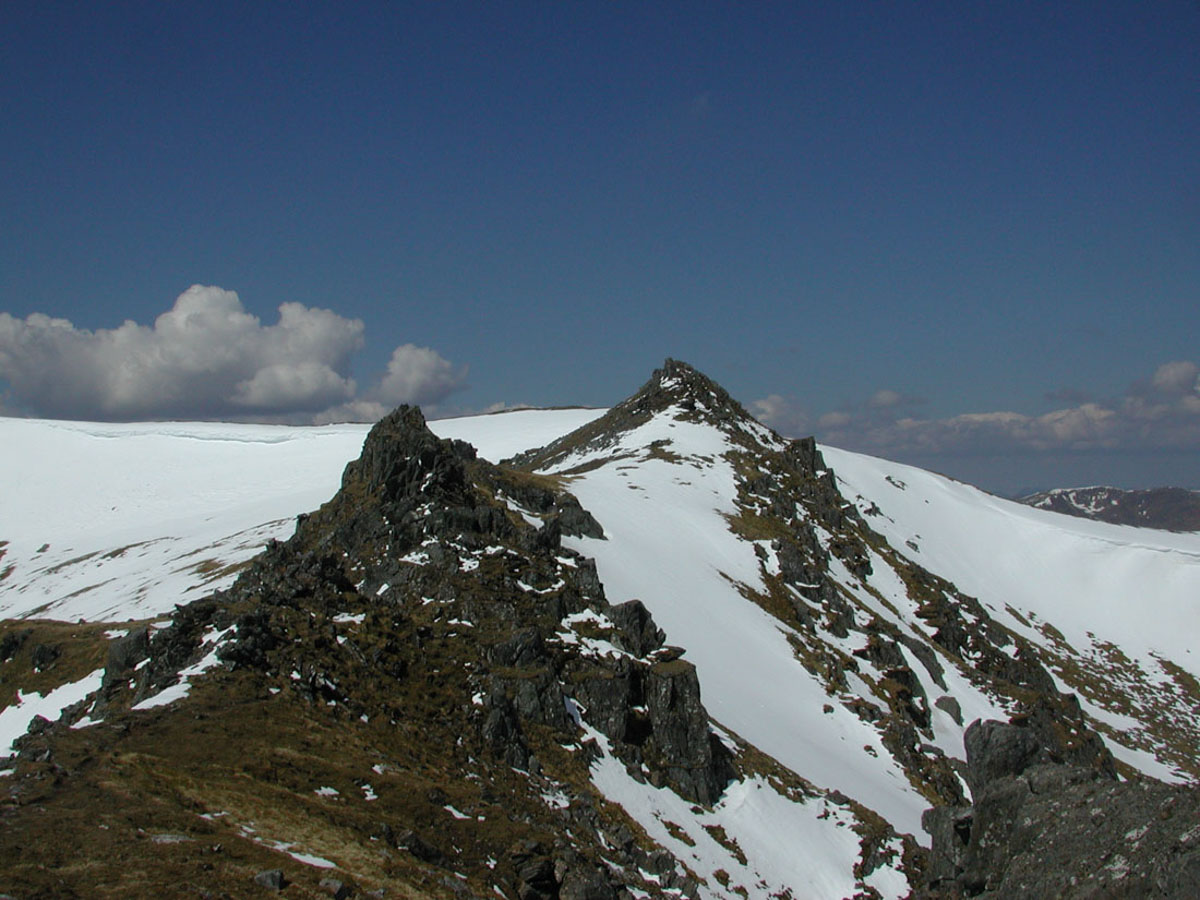 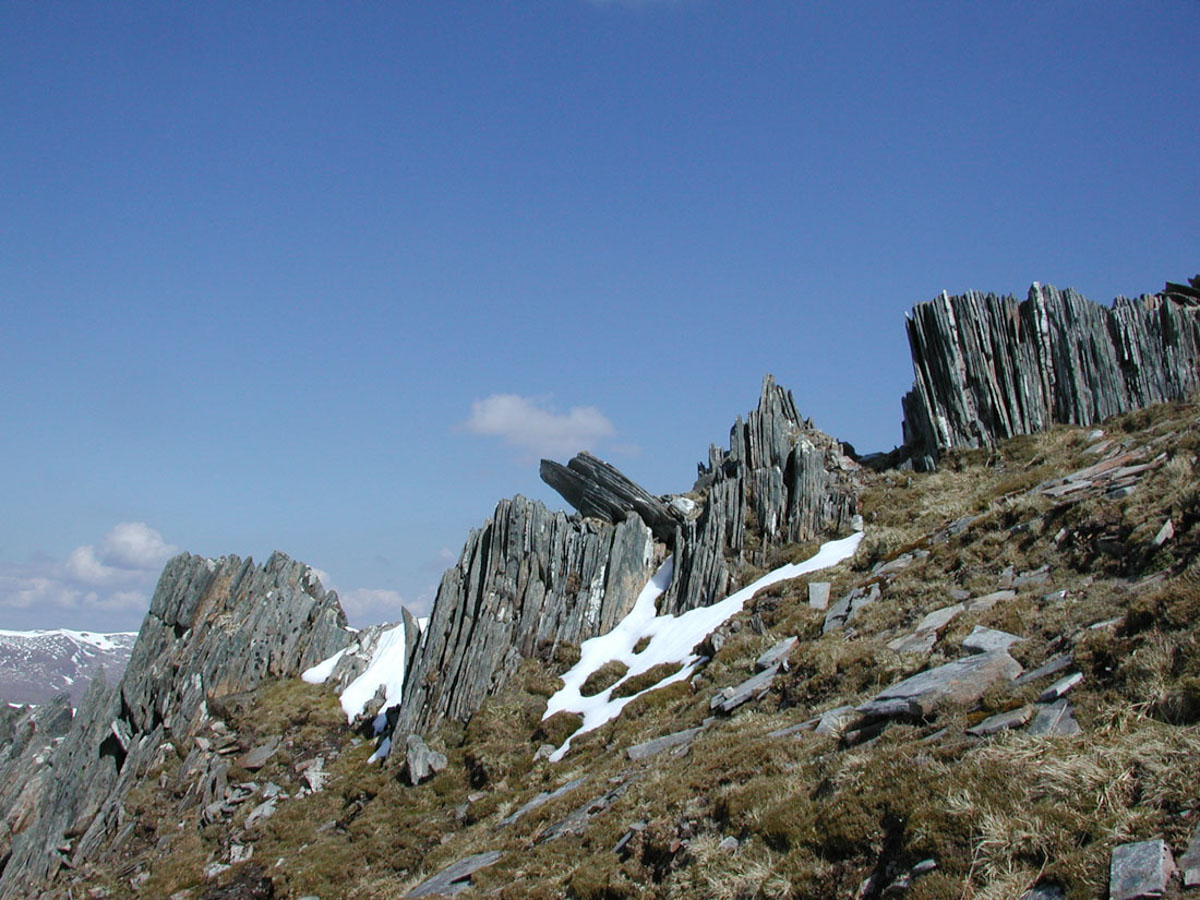 Took in the view before the steeper descent off An Leth-Creag.

Looking back at ridge walk before drop off 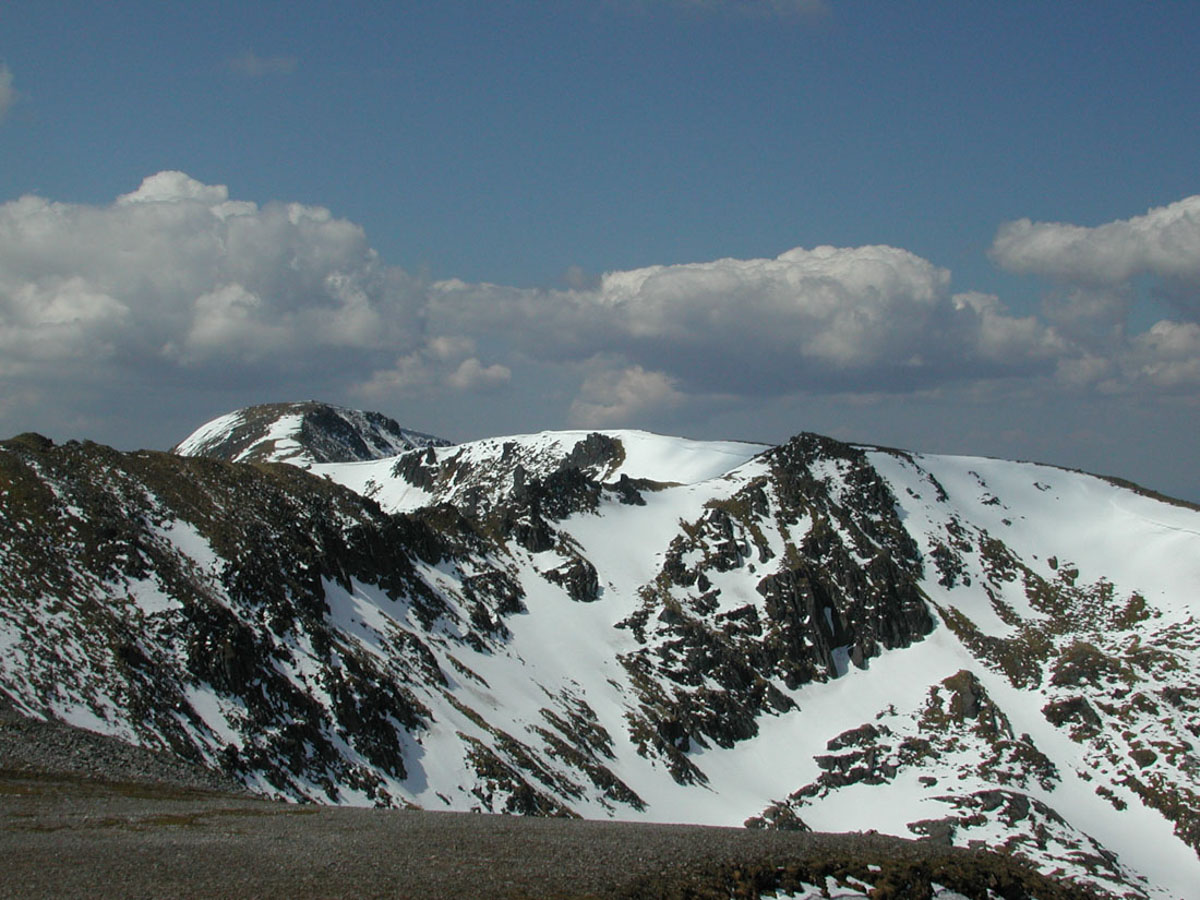 It’s a steep staircase of this part of the ridge to the bealach with Tom a Choinich before dropping south into the glen.

An Leth-Creag from return trip 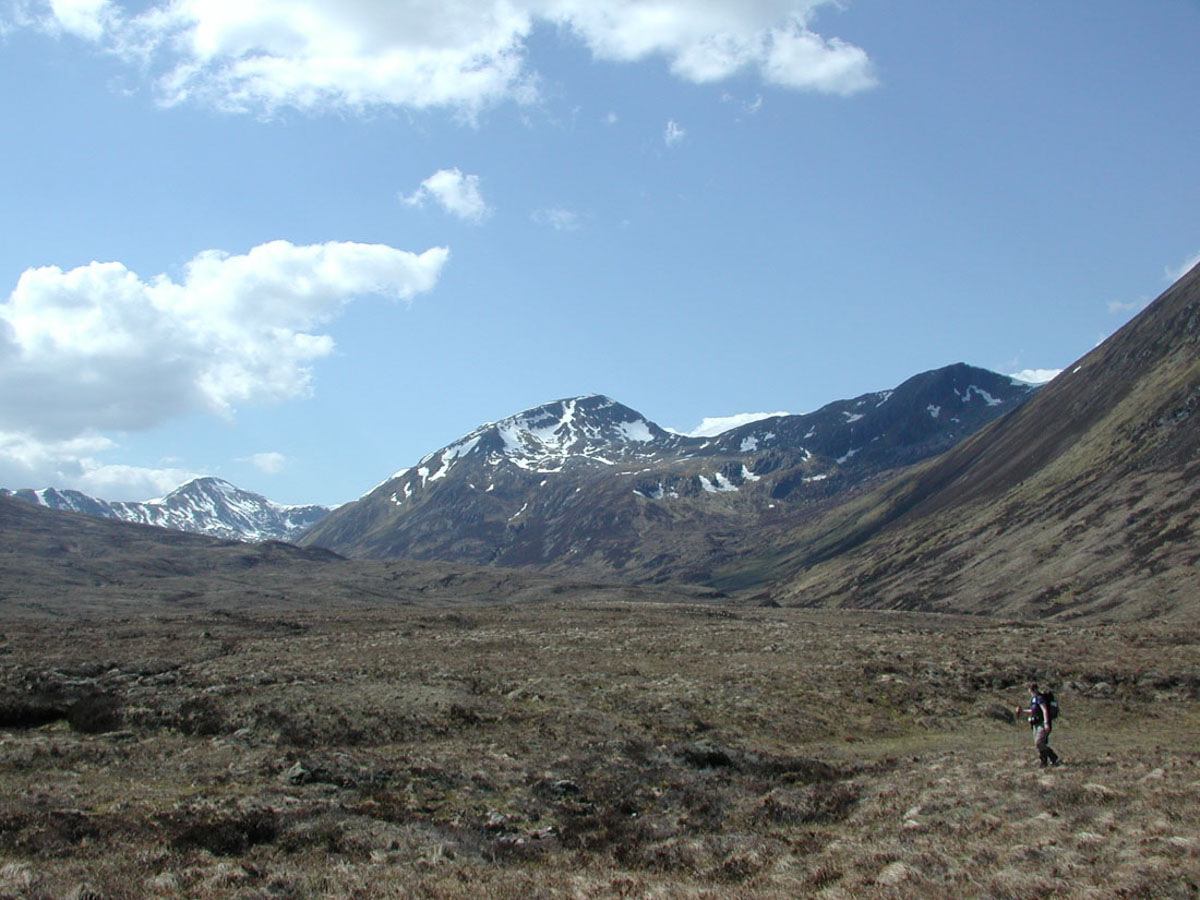 Picked up the path south towards Am Meallan and then back down to Affric Lodge. All sunshine now.

Loch Affric in sunshine from descent 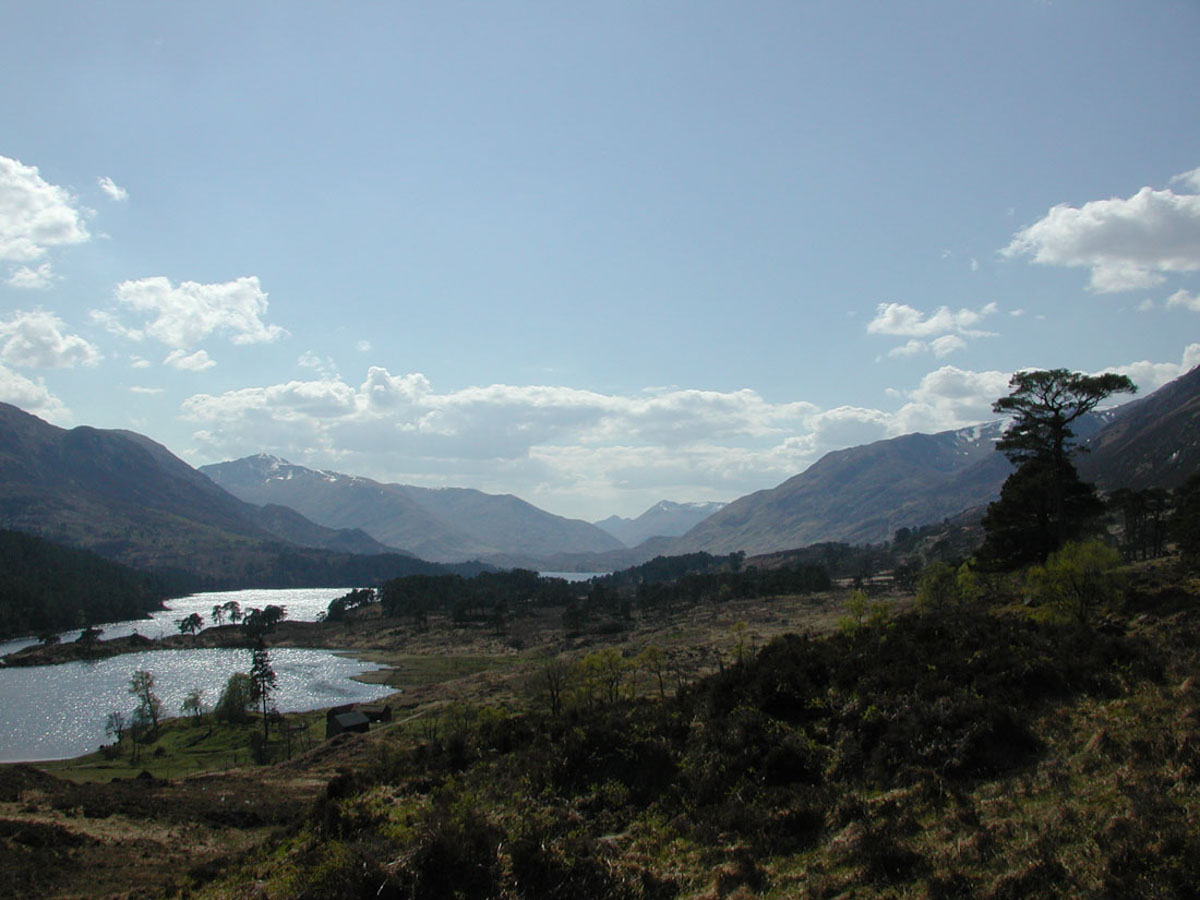 Big days to be had in Glen Affric…we rarely stopped on these holidays.