As always, we were looking for low effort, high reward winter walking. Having been across the Ben Lui group in 2004 we thought we should revisit part of it.

It was a nice looking day as we parked up at Dalrigh. Our target, Beinn Dubhcraig was looking attractive in a coating of snow. 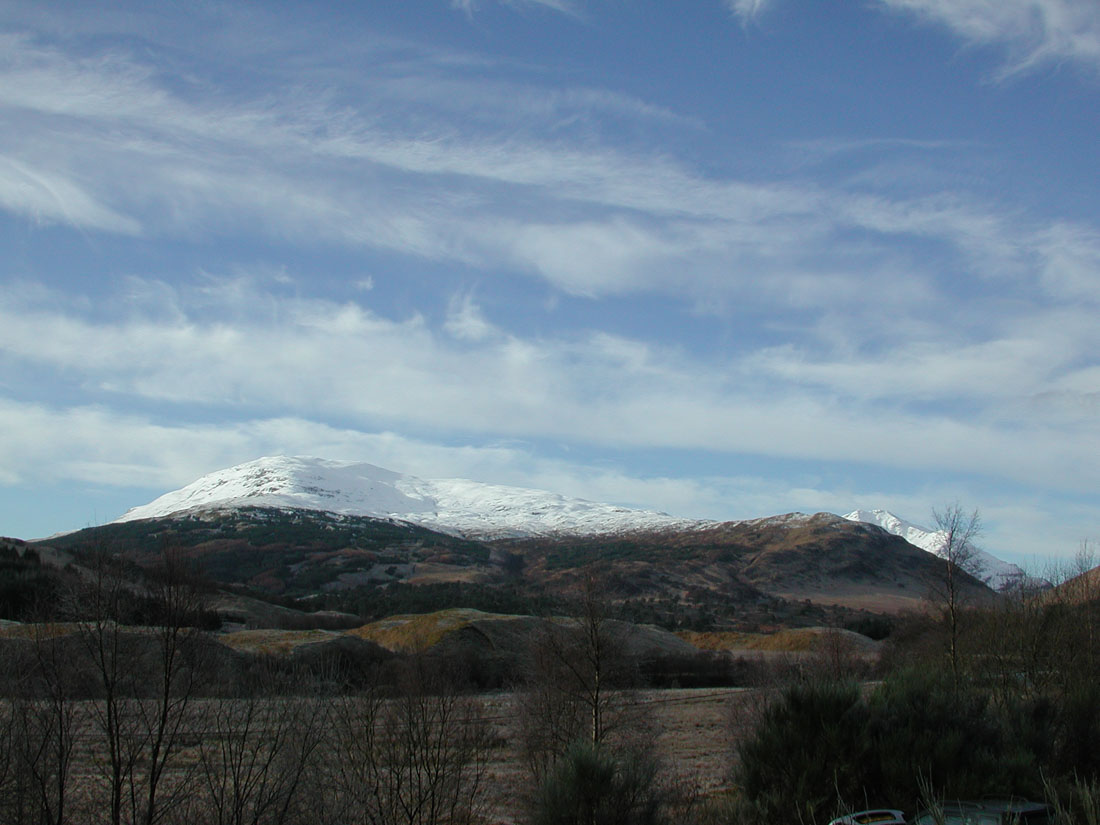 Down the road, Ben More, Stob Binnein and Cruach Ardrain were looking gorgeous. 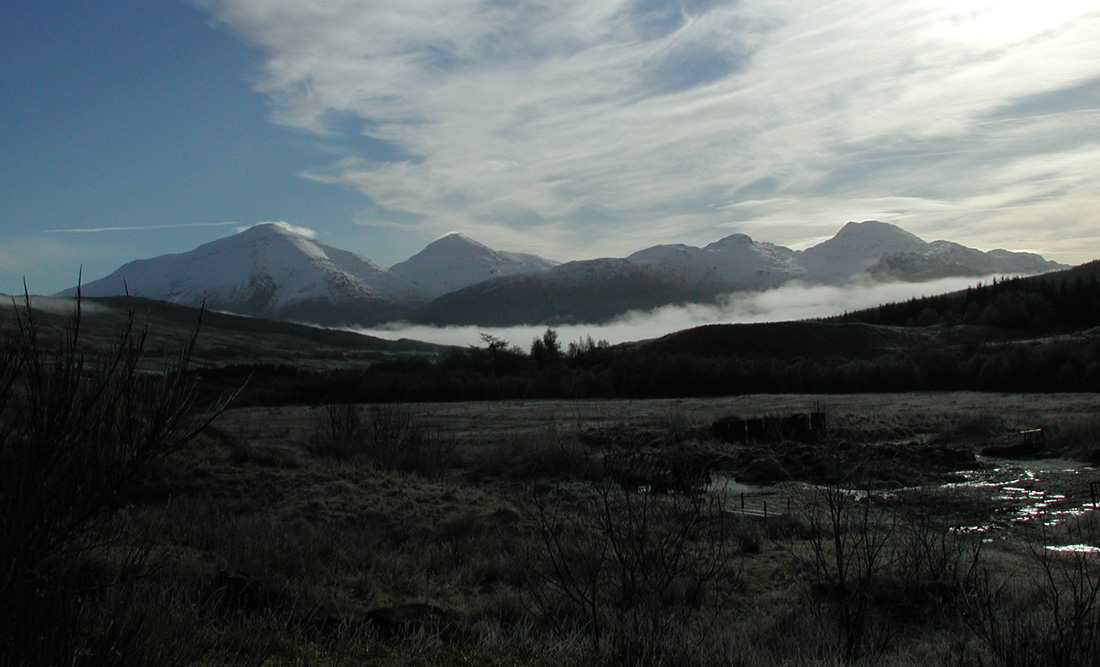 A frosty start, the ground white and the skies were adding a rather complex look to things. 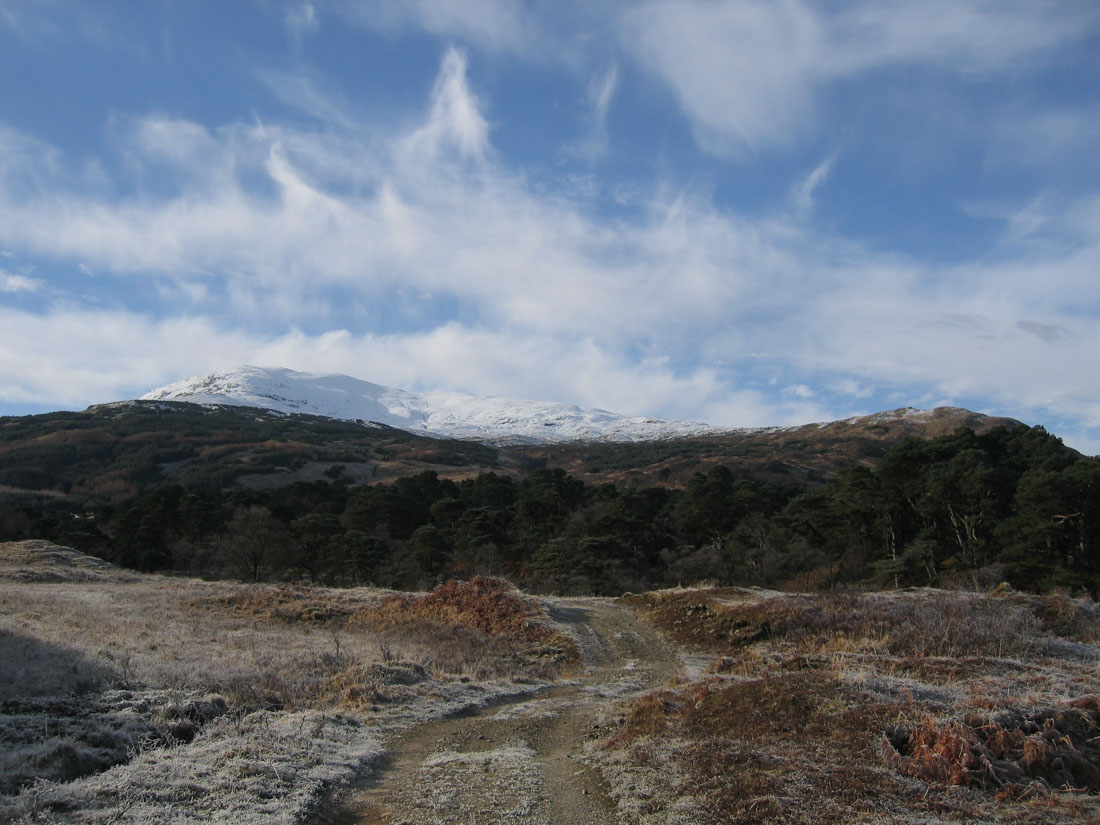 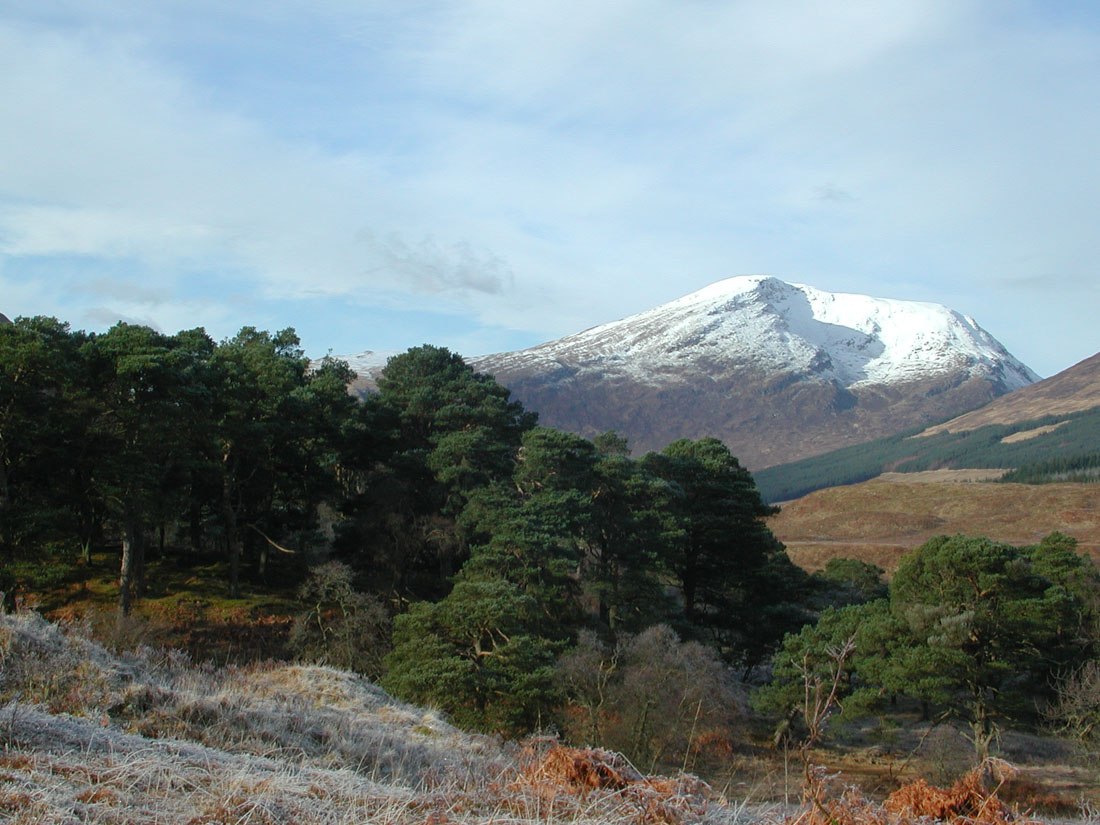 Ben Challum was not our favourite hill – only a year since our only significant hill injury over there, still not forgiven. 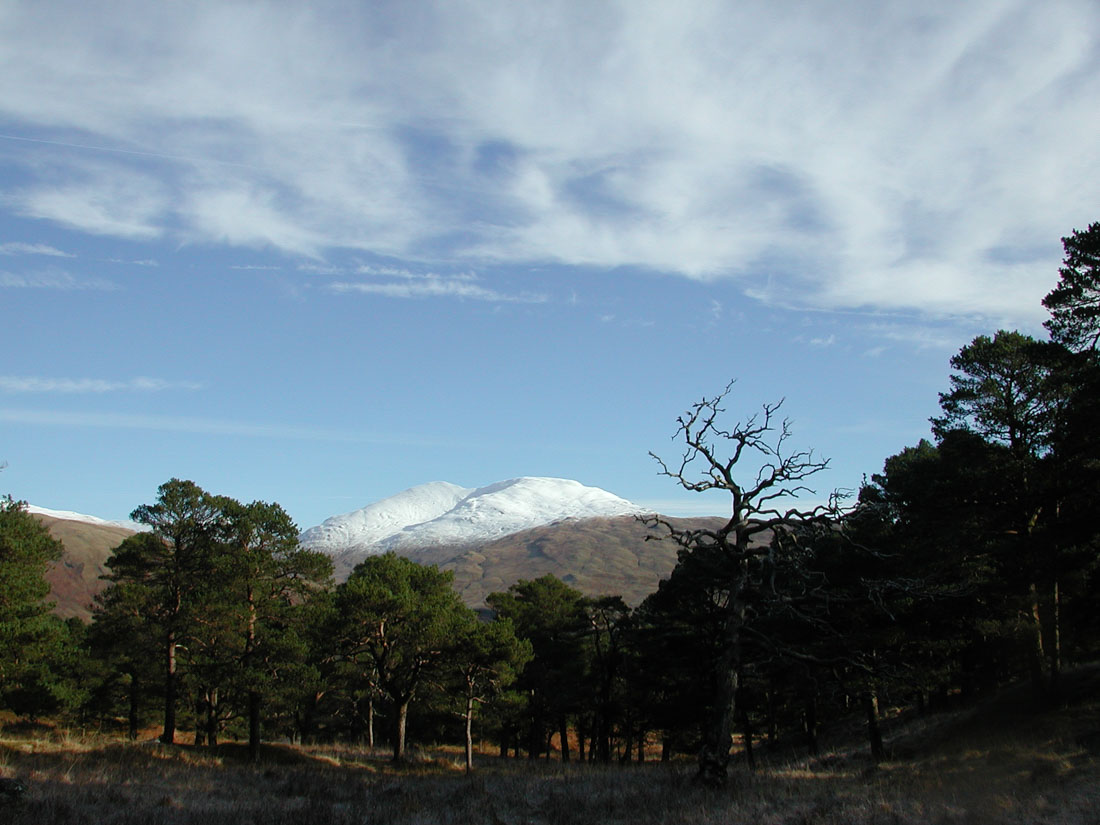 Plodded through the pine woods. The muddy route had frozen (although we’ve never found it too bad to be honest).

Above the tree lines it was a dramatic combination of interesting clouds above and snow below.

K on snow with dramatic cloudscape 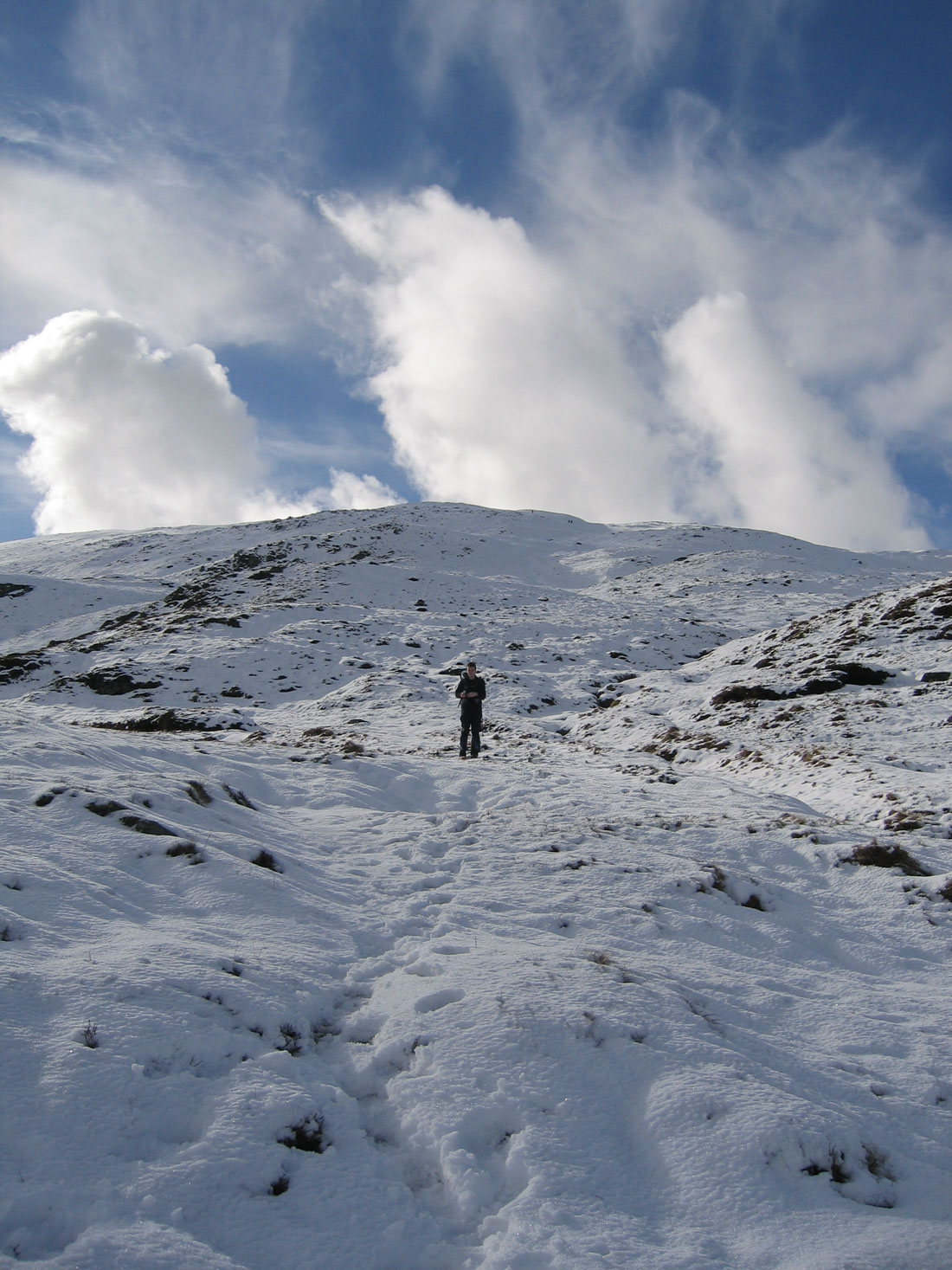 It’s just a matter of getting onto the northern ridge of Beinn Dubhcraig which then curves in a slow arc up to the summit. 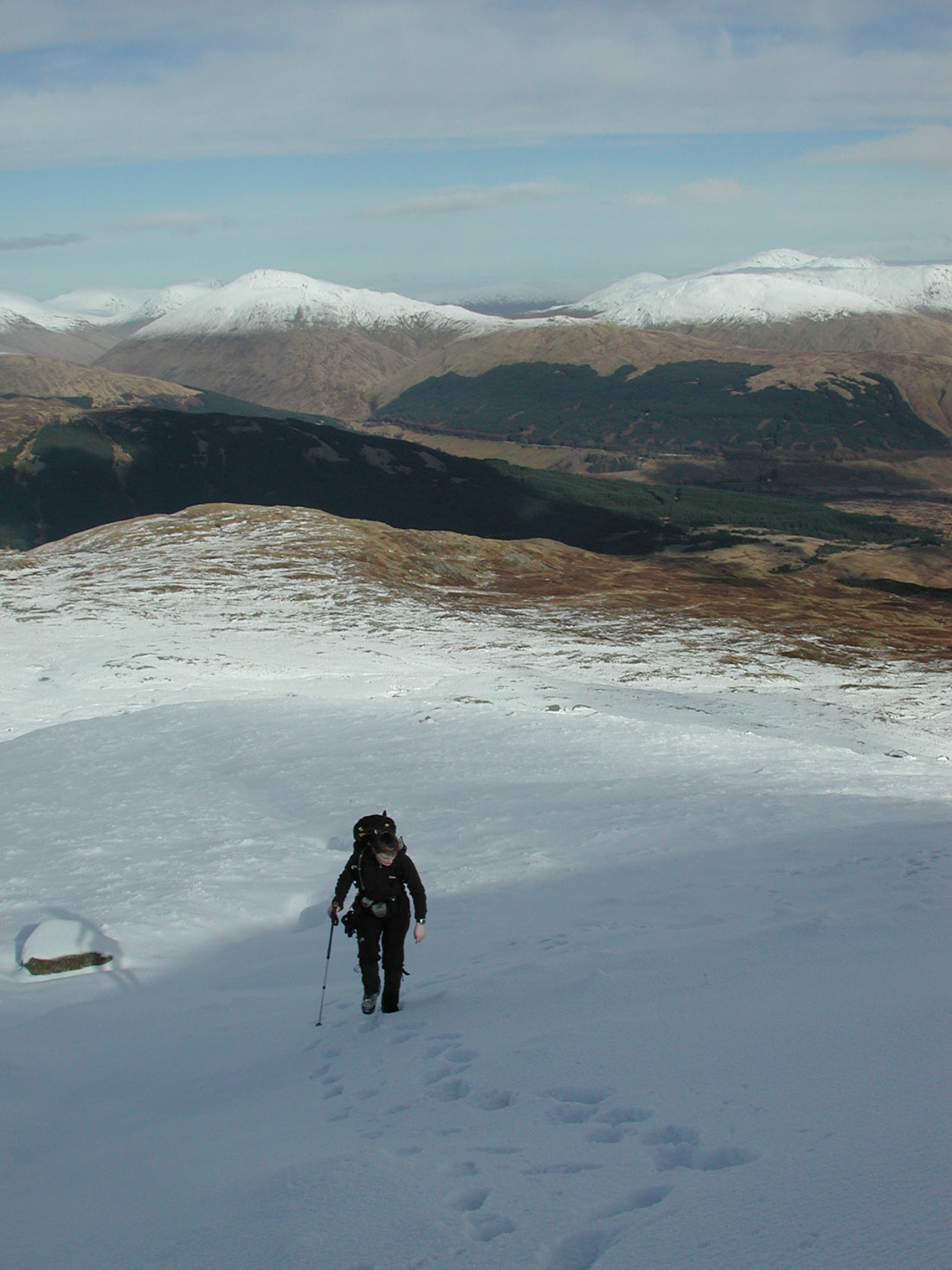 Once on the ridge it’s…..oooft! Ben Lui is a truly characterful hill – with snow on quite jaw-dropping. 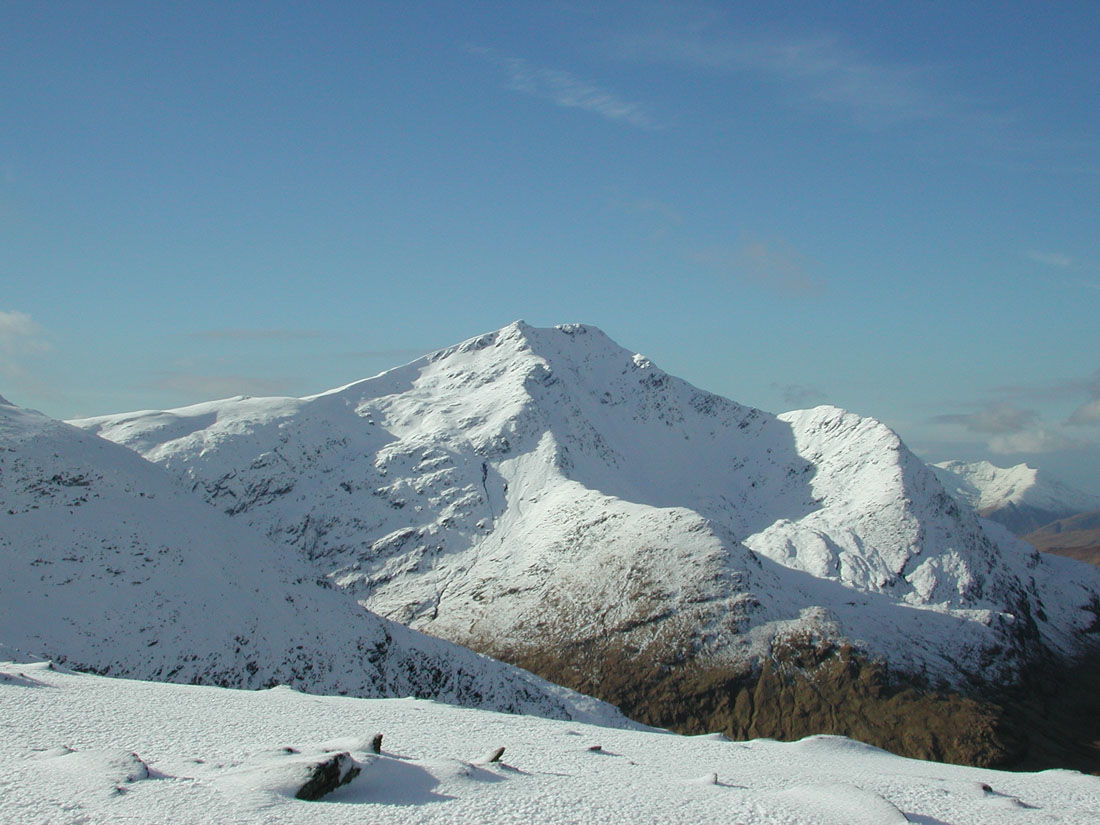 Well worth the effort for the view of Ben Lui alone, but we carried on uphill. 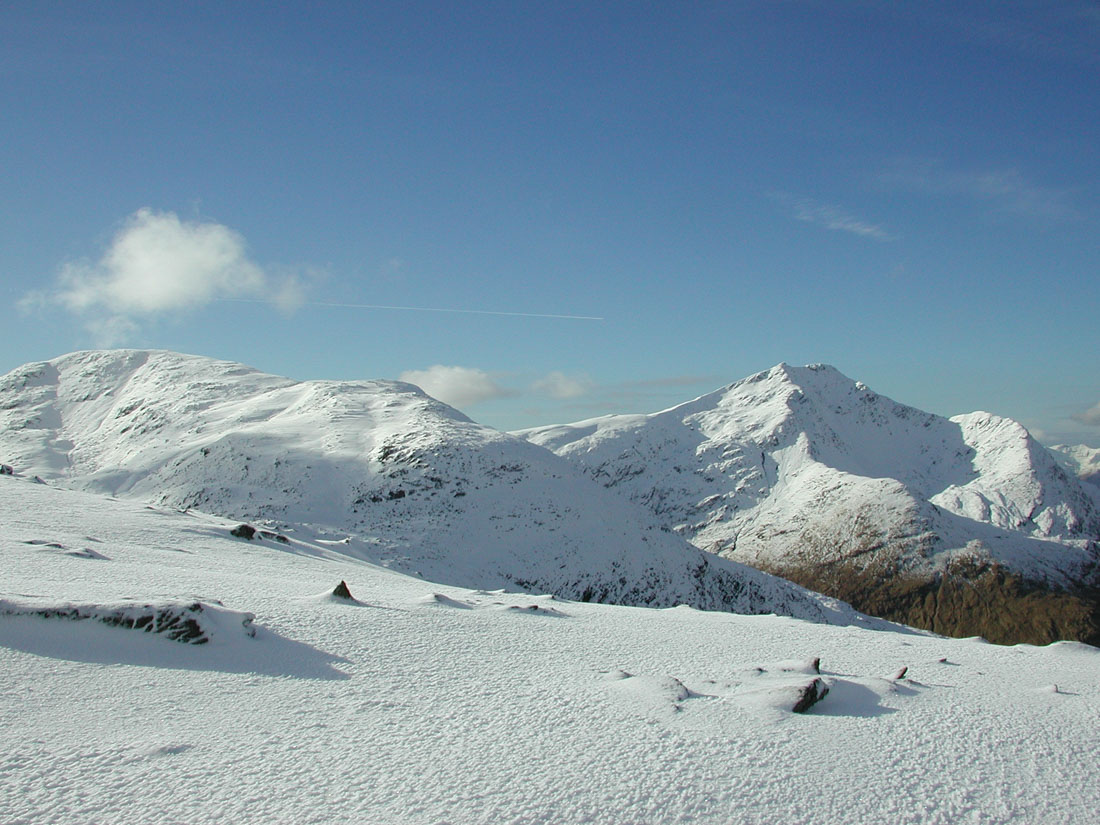 Curved round towards the summit, behind us the views North and west open up. Bidean and Ben Nevis in the distance.

H on Dubhcraig NW view back 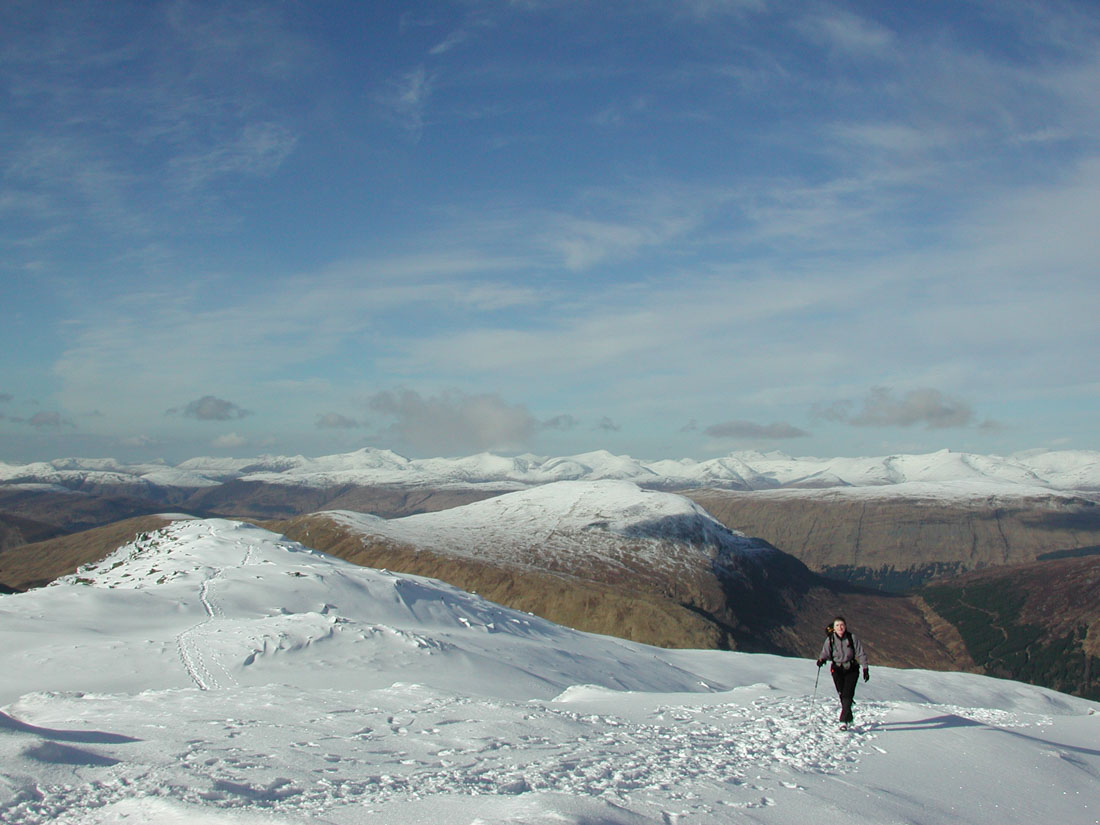 To the south Ben Lomond and the north end of Loch Lomond are visible. 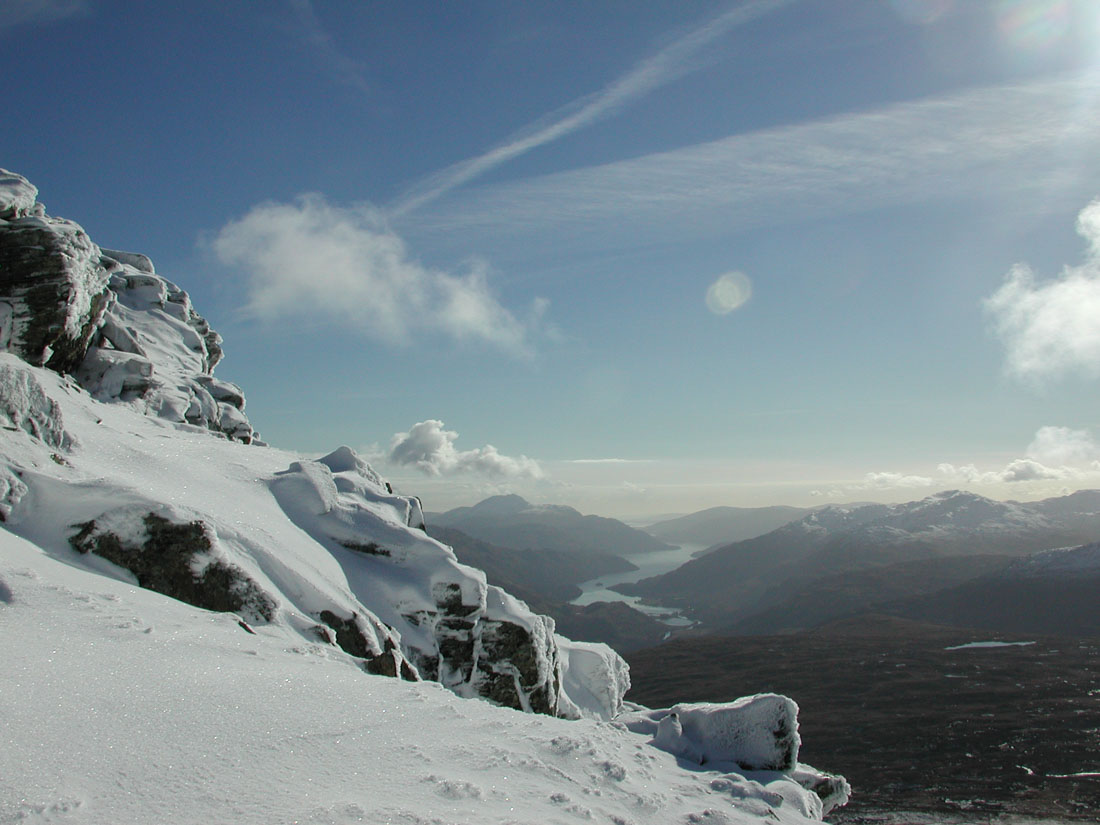 Enjoyed the views from the summit and had a break

Took the route of ascent to return…..not complex but well worth it.