Ben Avon was on our radar as a wild camp hill. Back in 2006 we had a horribly heavy system, with a heavy tent and heavy packs. The plan was to drop the tent and packs and carry on with wee light packs to the hill. Glad that system is a thing of the past.

It was our first walk out this way from Invercauld. Lovely views to Lochnagar.

Lochnagar from near Invercauld: 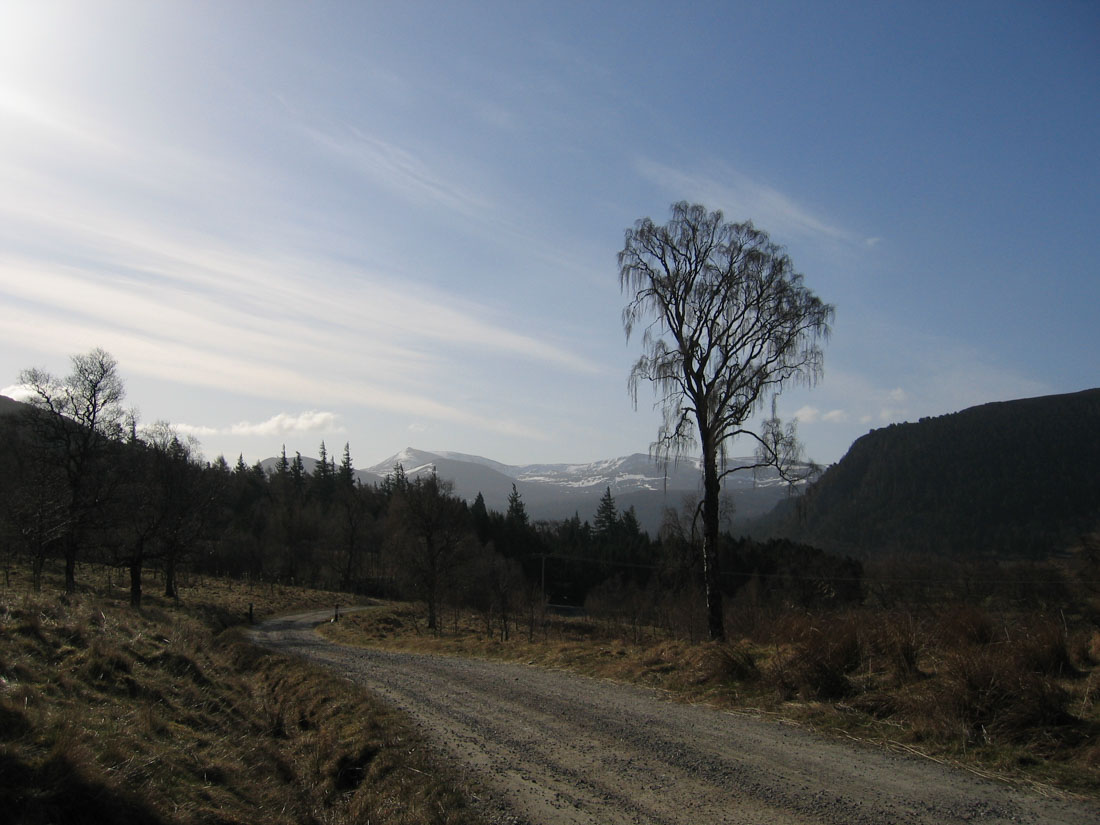 Yomped on out through the Slugain Gap and dropped most of the gear at a decent spot near the woods under Carn Fiaclach. 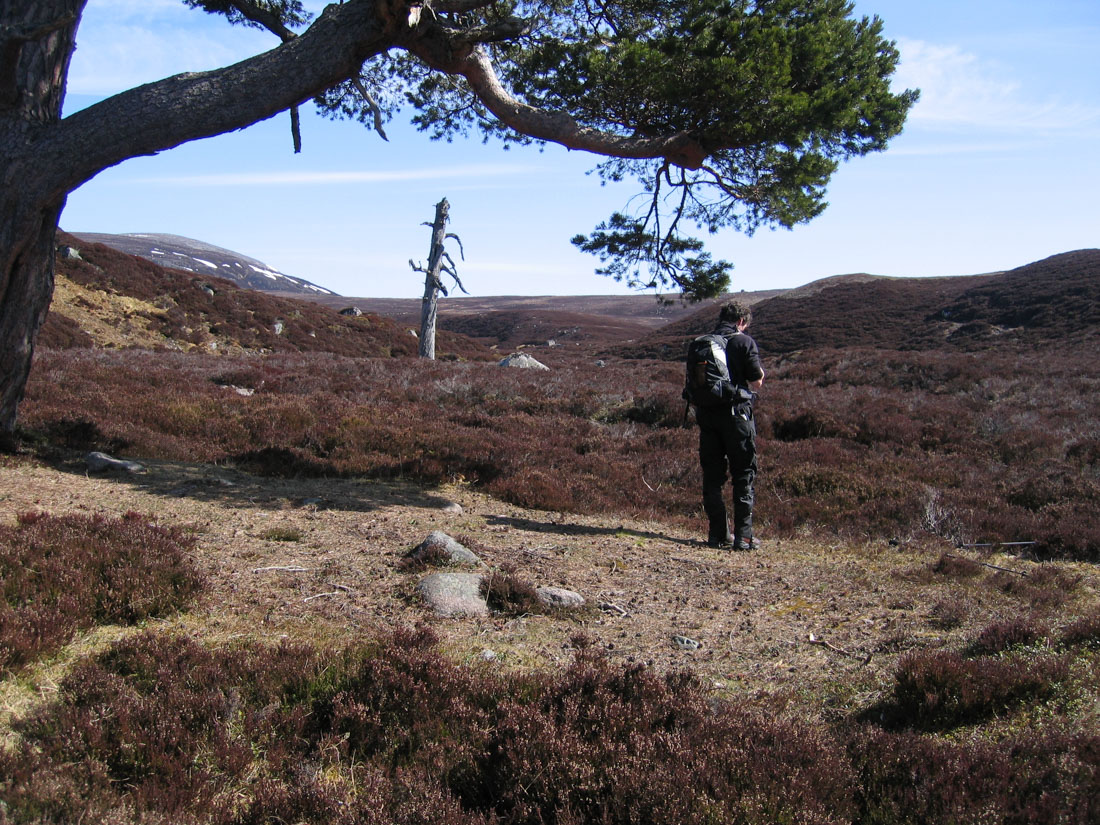 Carried on up the path to the Sneck.

K and Beinn a Bhuird pano:

The cliffs of Beinn a Bhuird attract the attention. 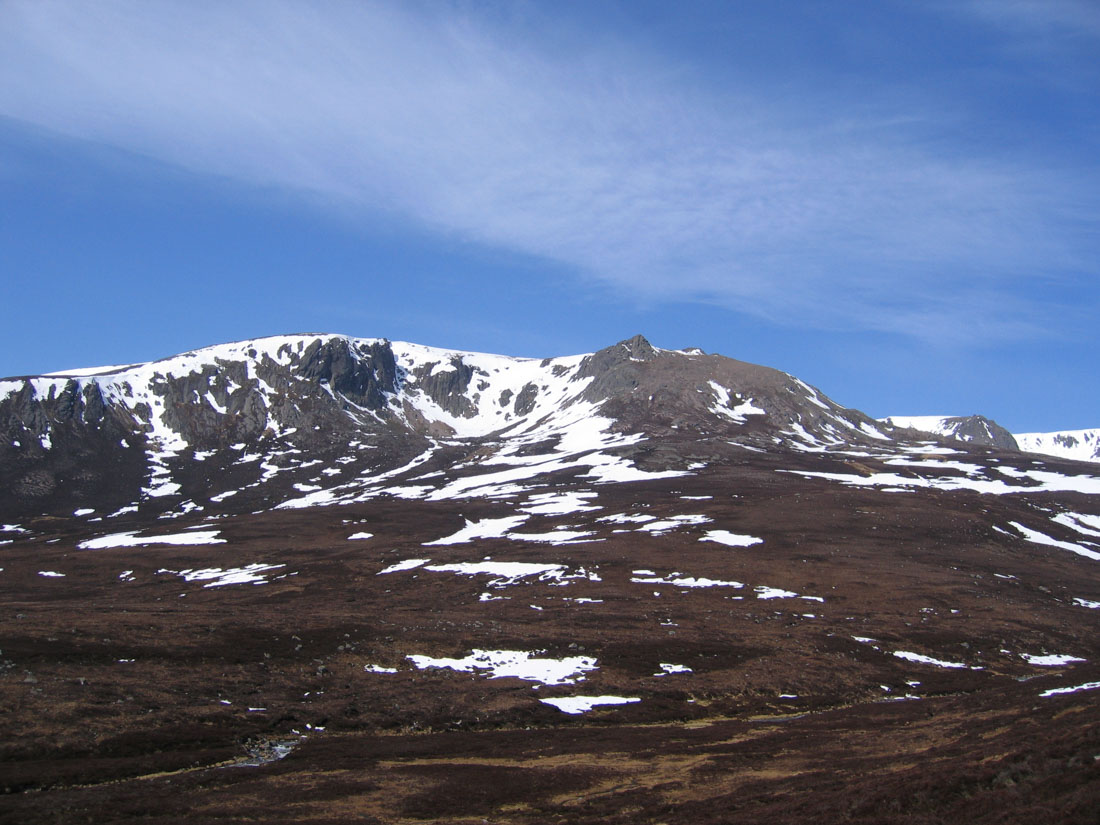 Still quite a bit of snow around…..snow bridge over the path.
Snow bridge: 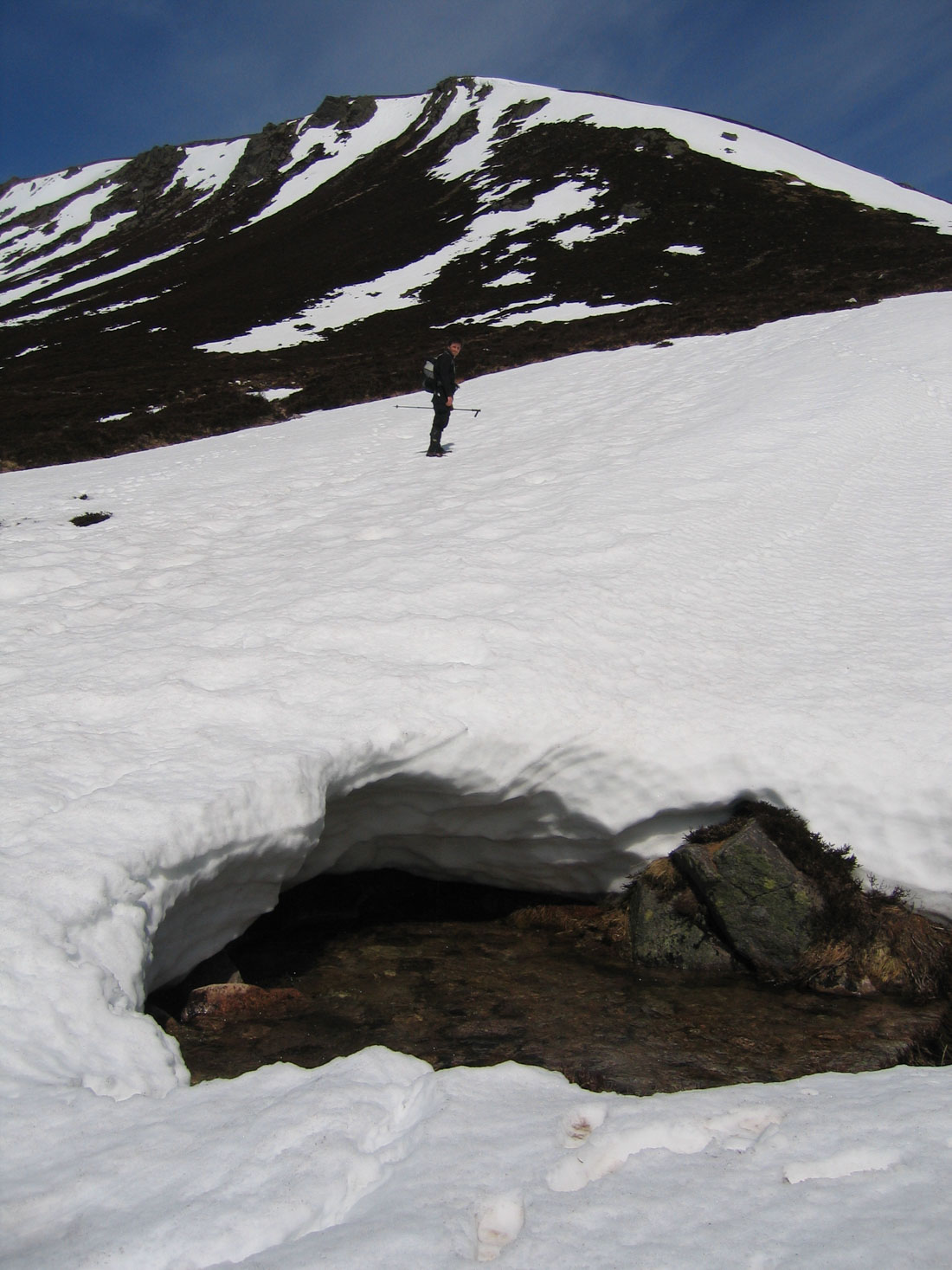 …and then the turn to head up the glen to the Sneck.

Turning up towards the Sneck: 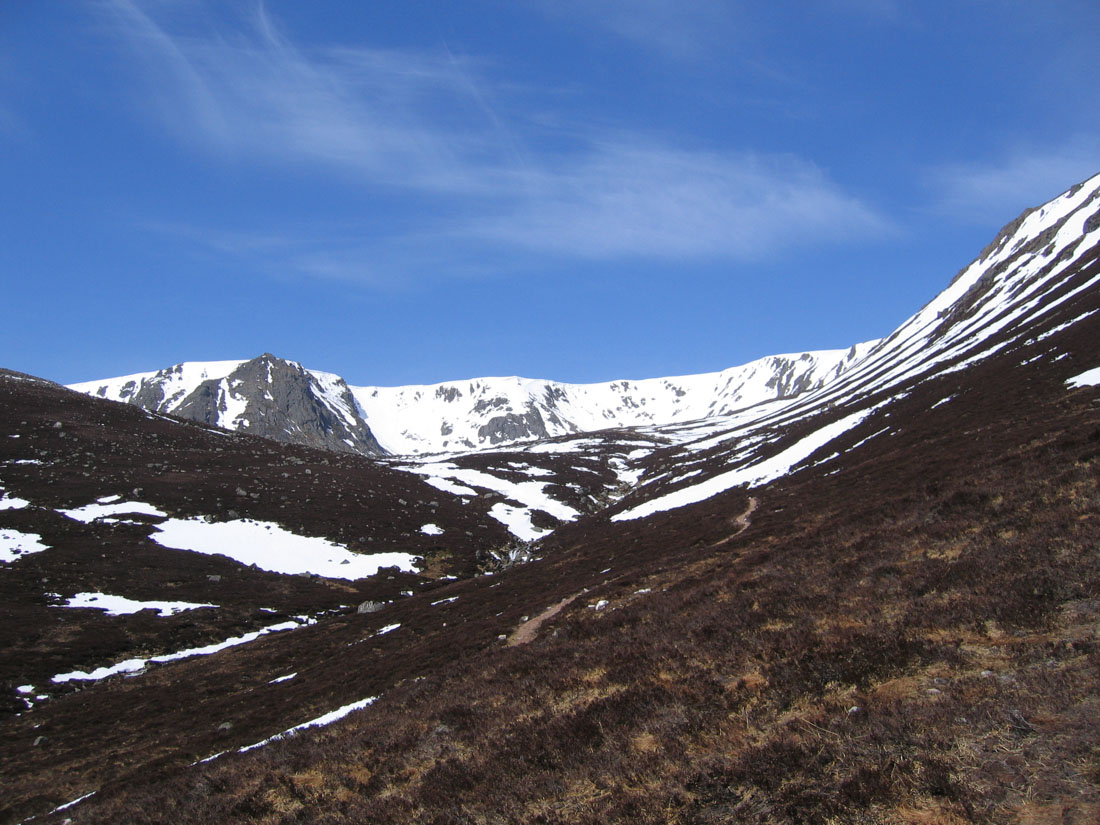 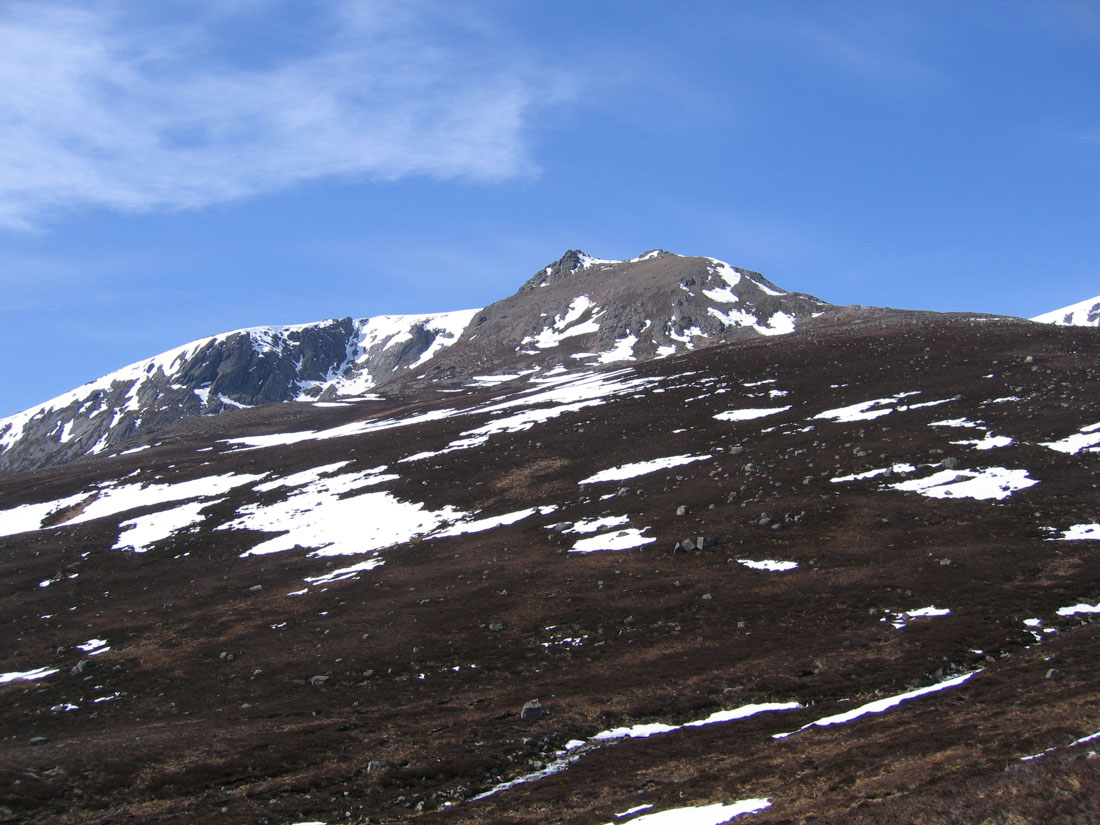 There were big snowfields on the way up to the Sneck, with soggy snow. 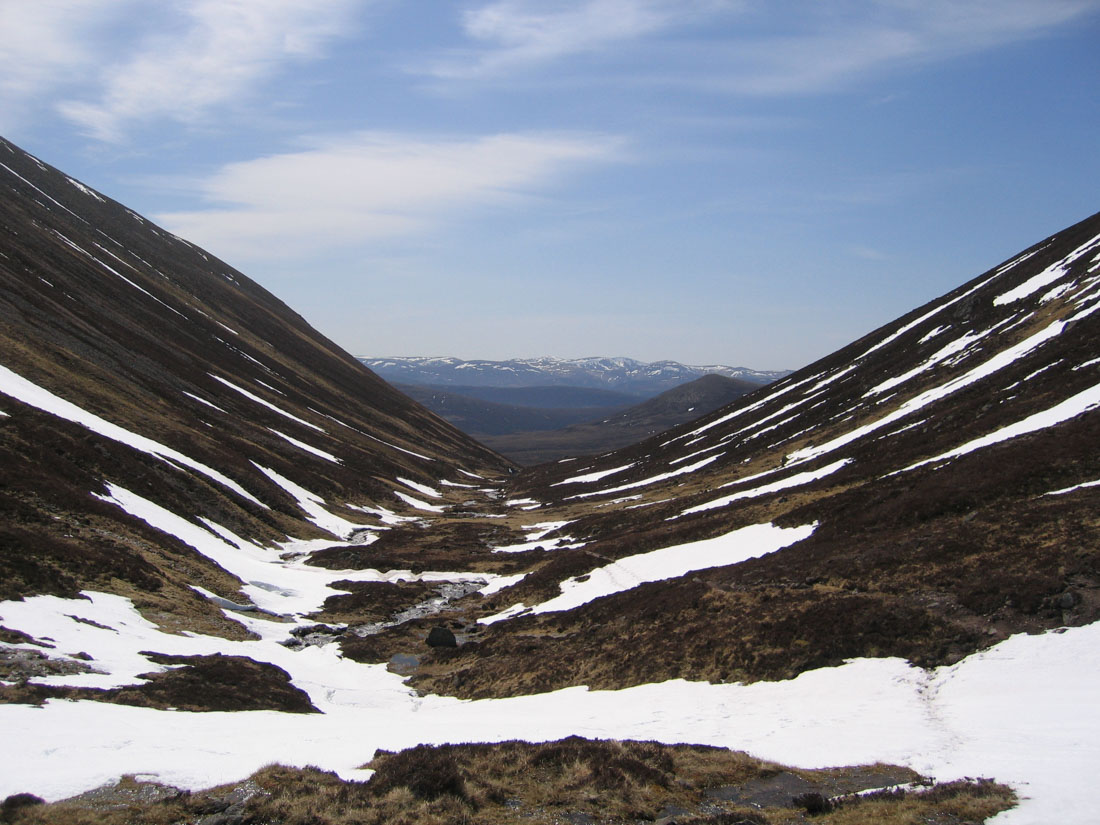 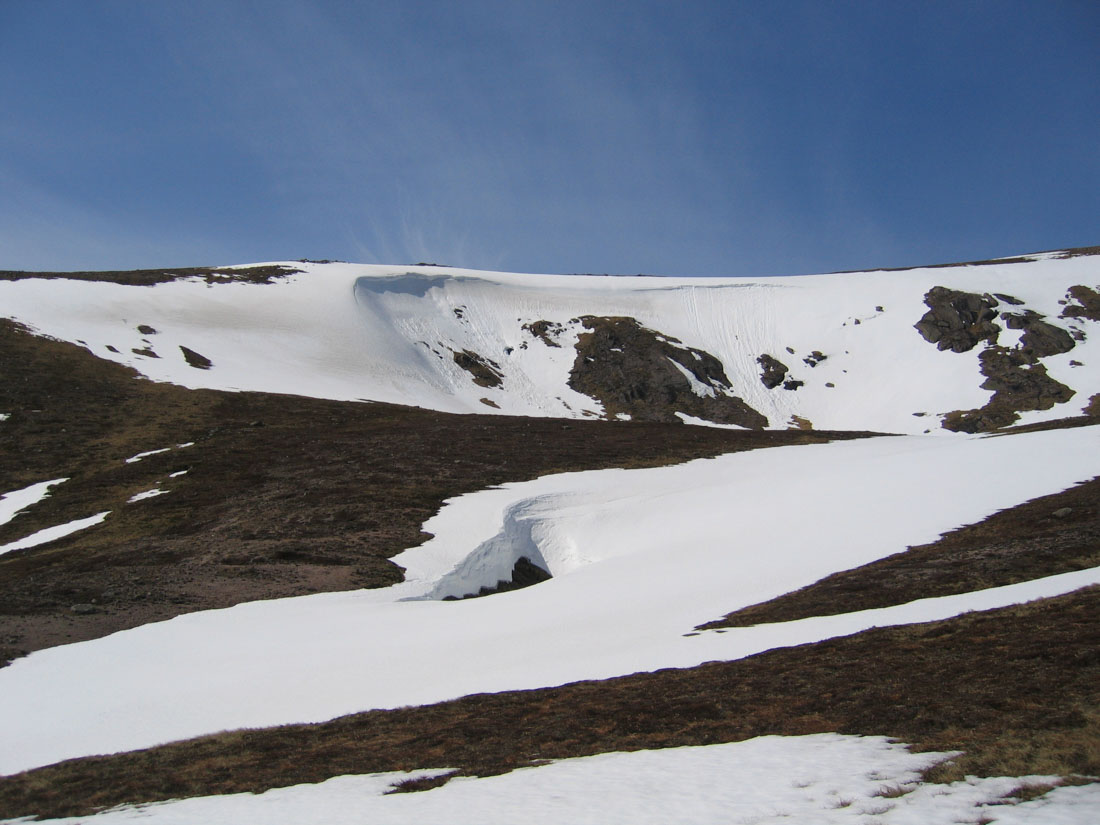 Once out of the glen, it’s a short climb up on to Ben Avon’s summit area. 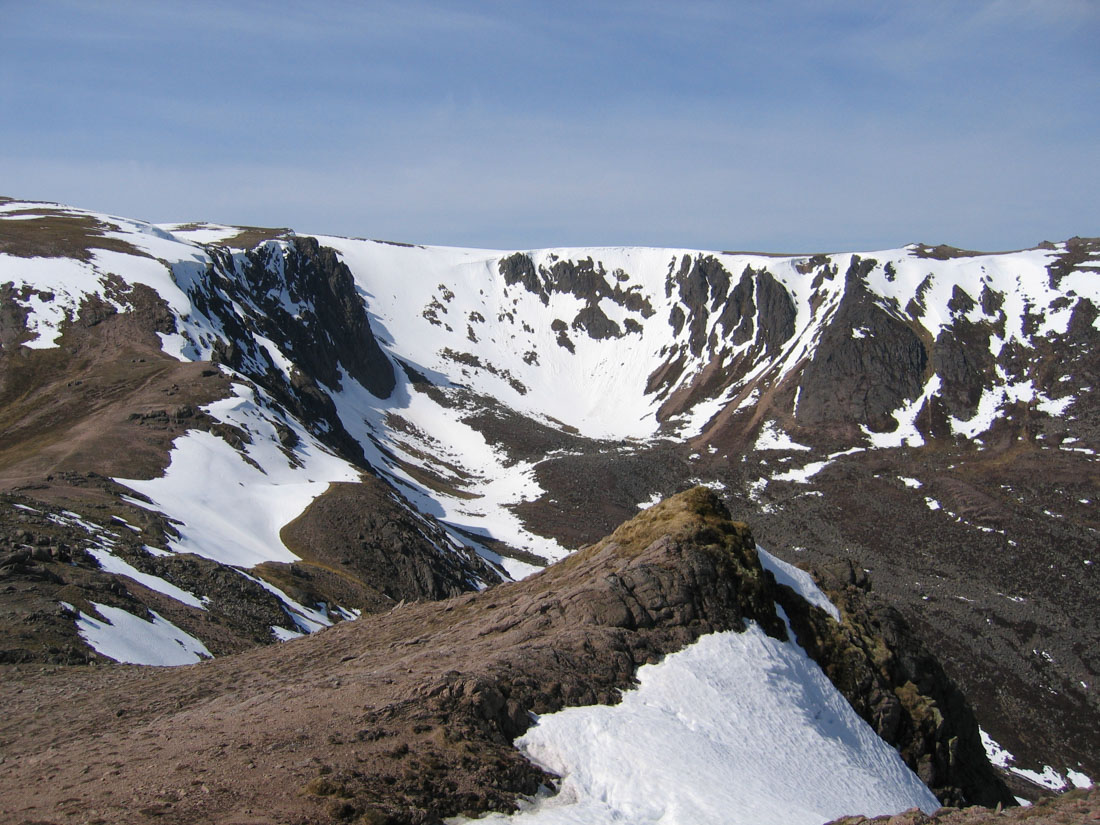 ….and then, finally, a view of the summit tor of Ben Avon.
Leabaidh a Diamh Bhuidhe: 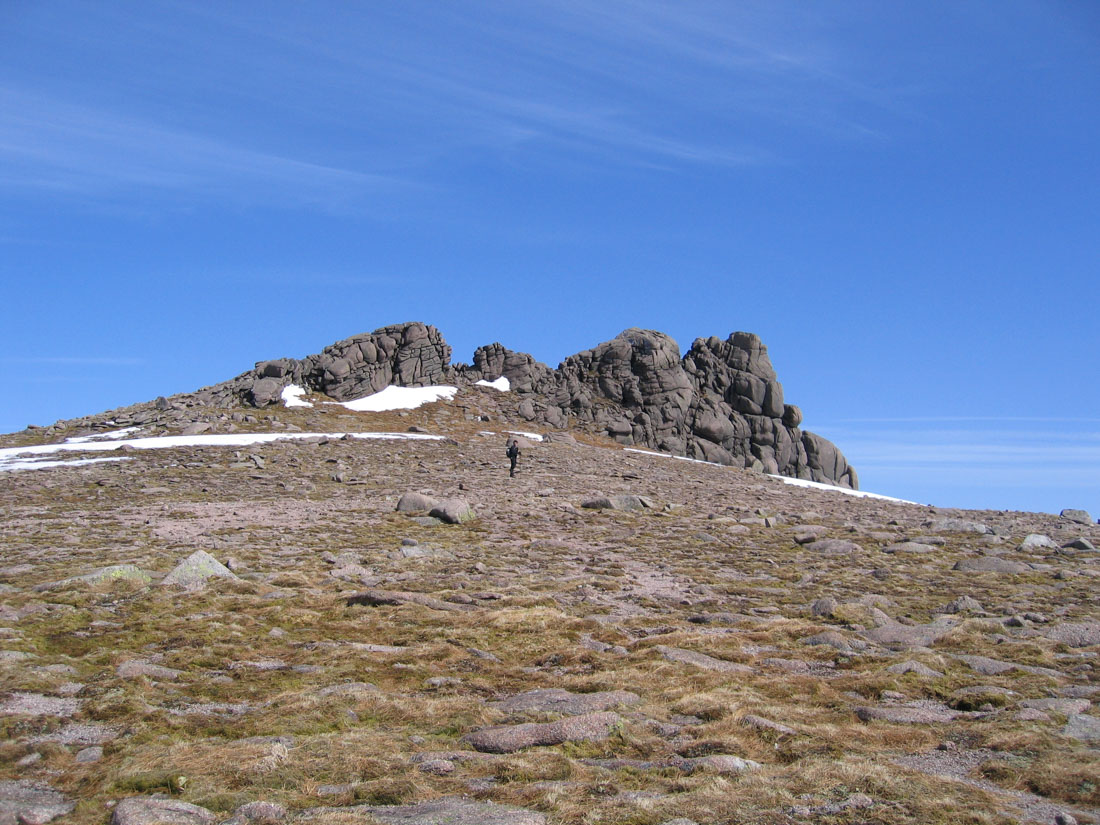 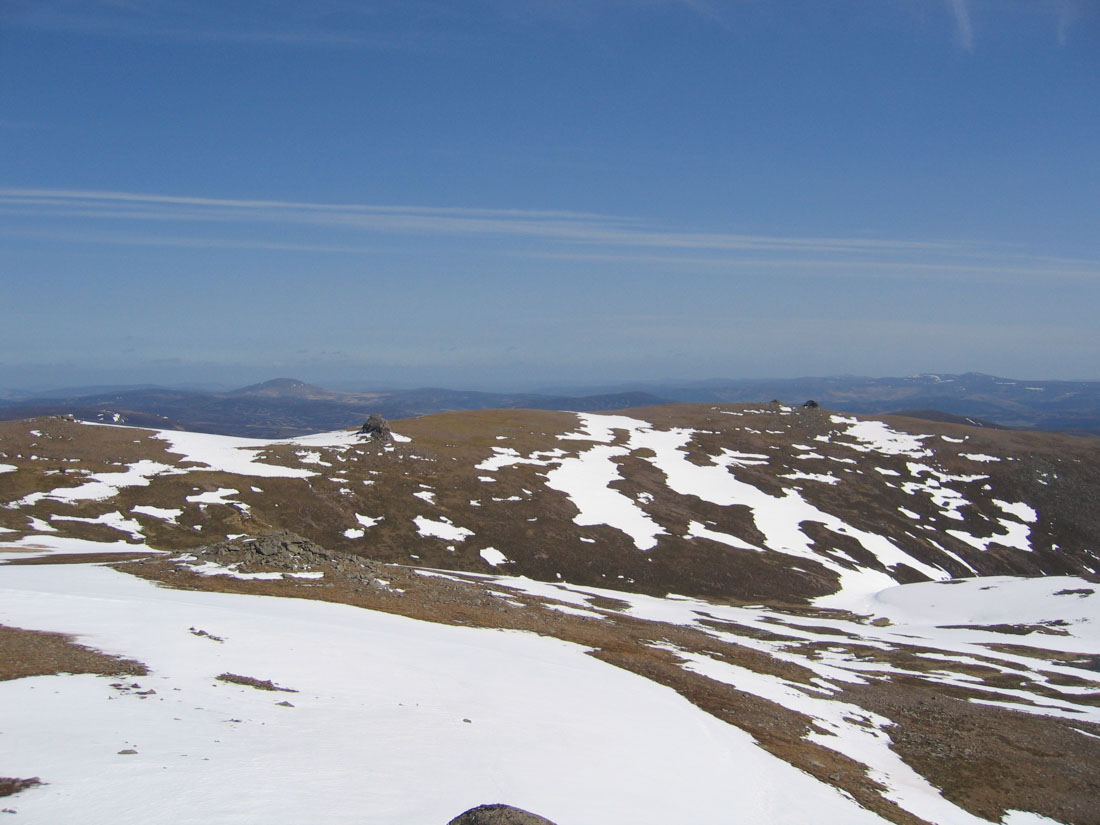 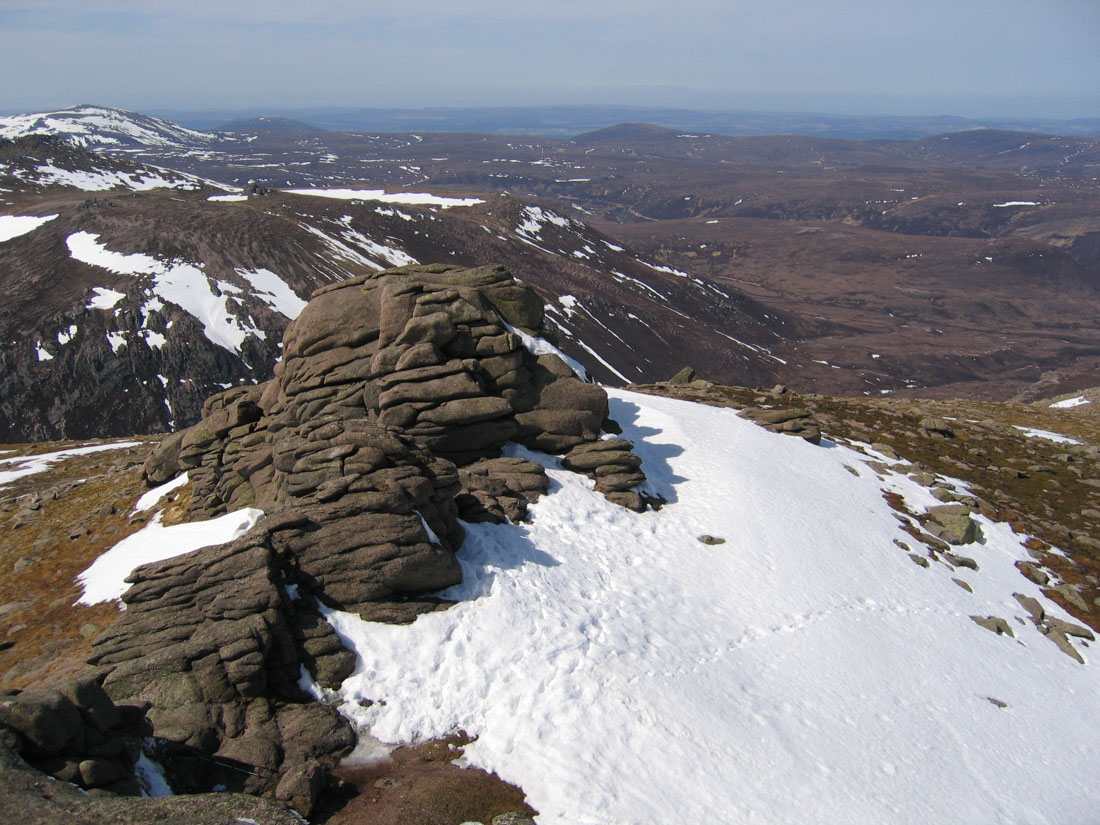 It was plain that there was a lot more to Ben Avon than we were visiting, but we headed back the way we had come to head down to the tent. 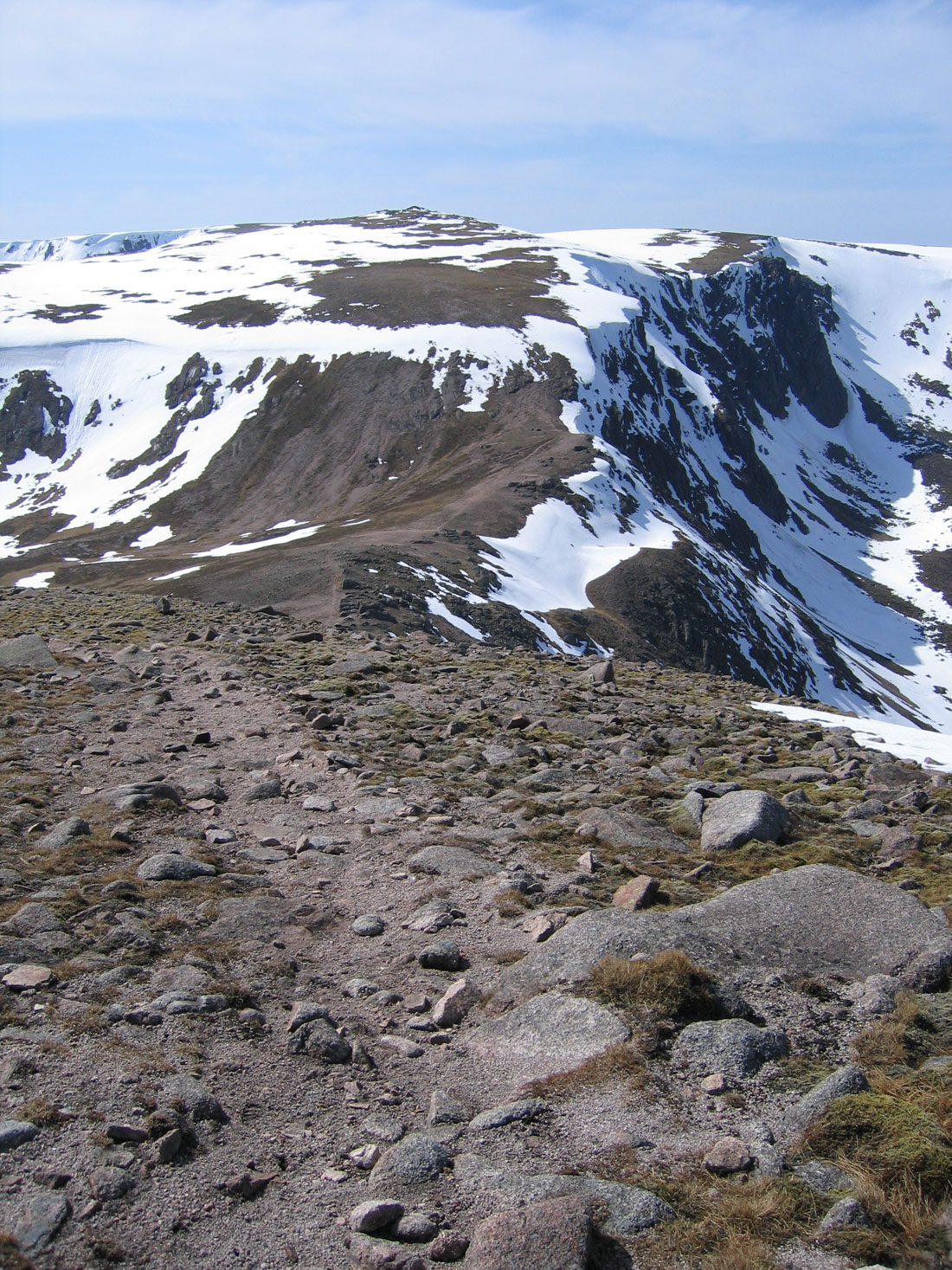 Lovely clouds were mirroring the snow patches on Beinn a Bhuird as we dropped back down.

Beinn a Bhuird from return: 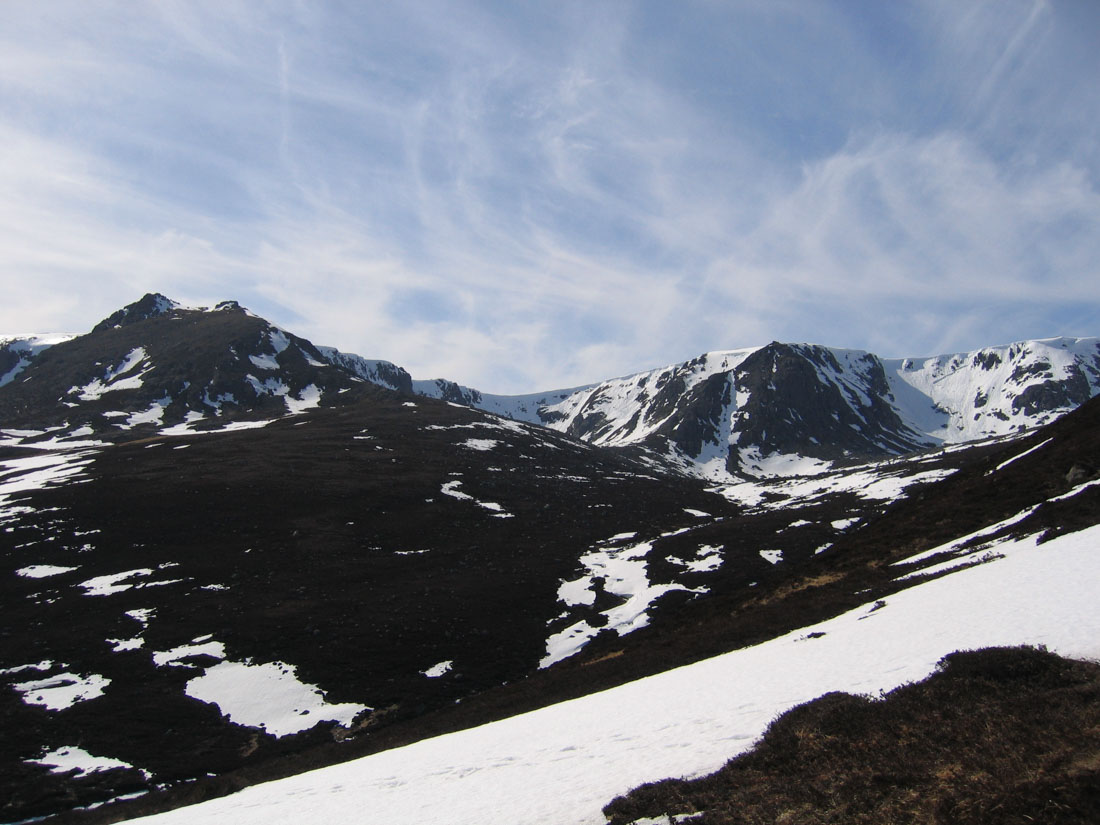 Beinn a Bhuird and clouds: 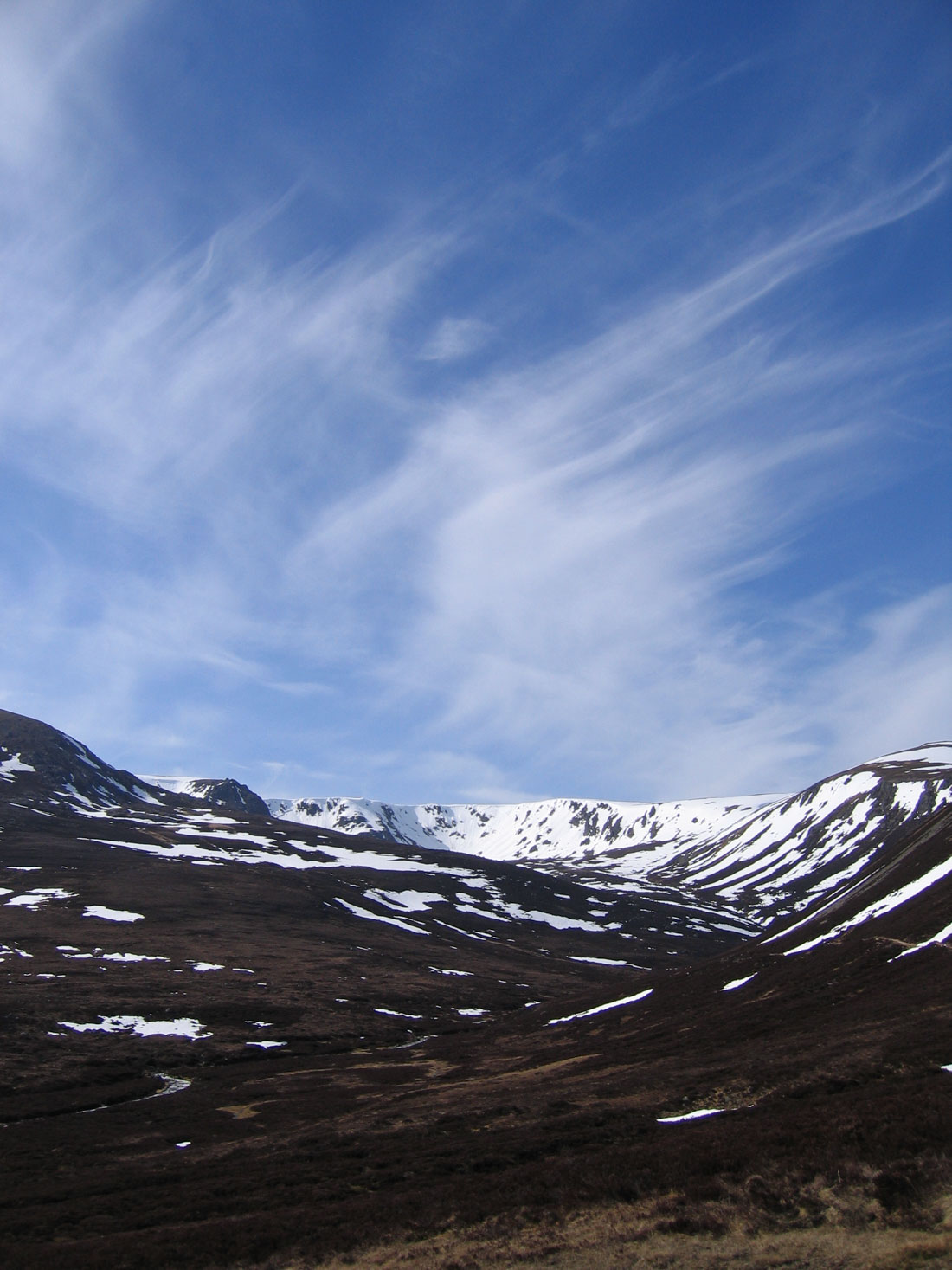 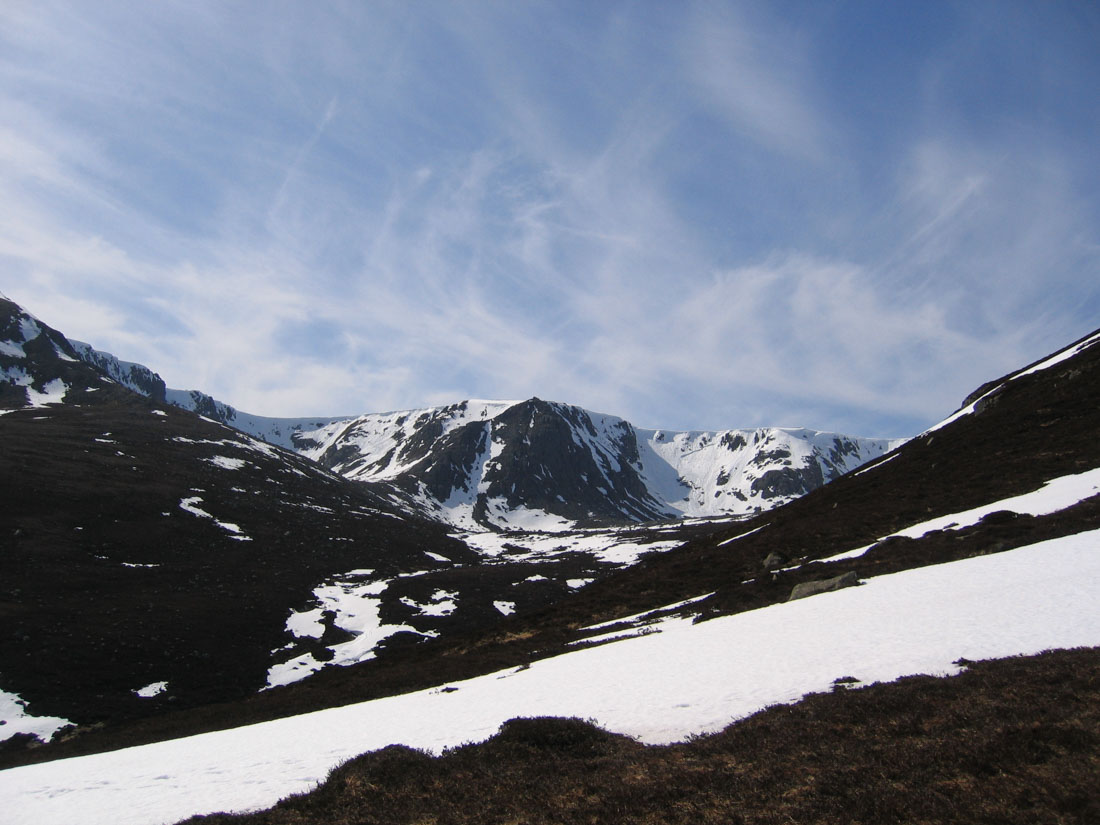 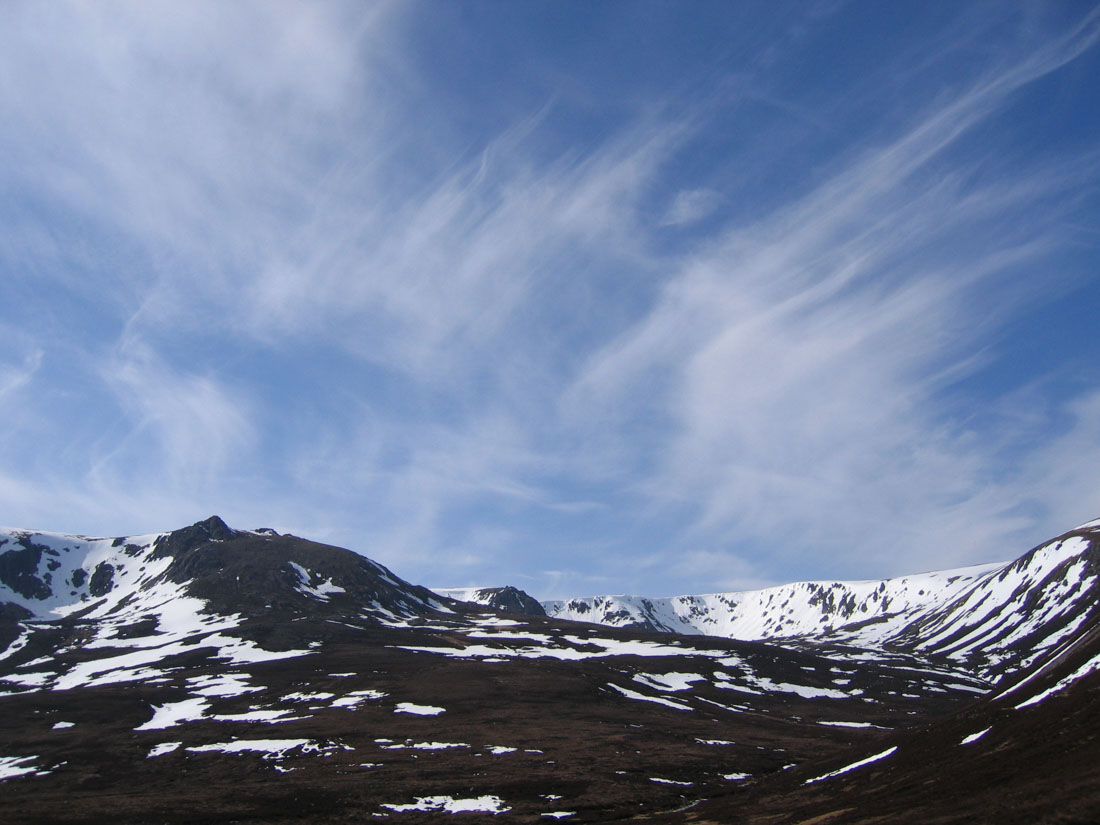 Returned to the tent and pitched the tent. A nice wee camp site. 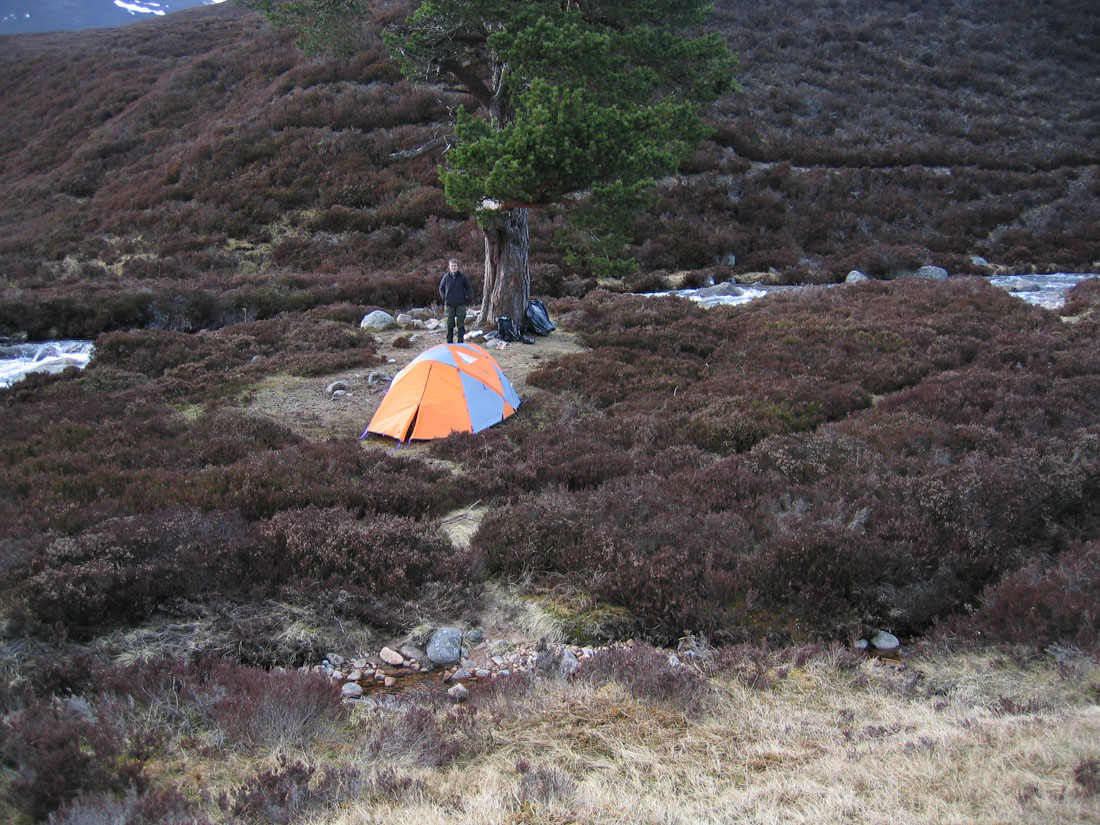 The next day dawned misty – from the look of it a summit camp would have been the place to be. Still, atmospheric where we were. 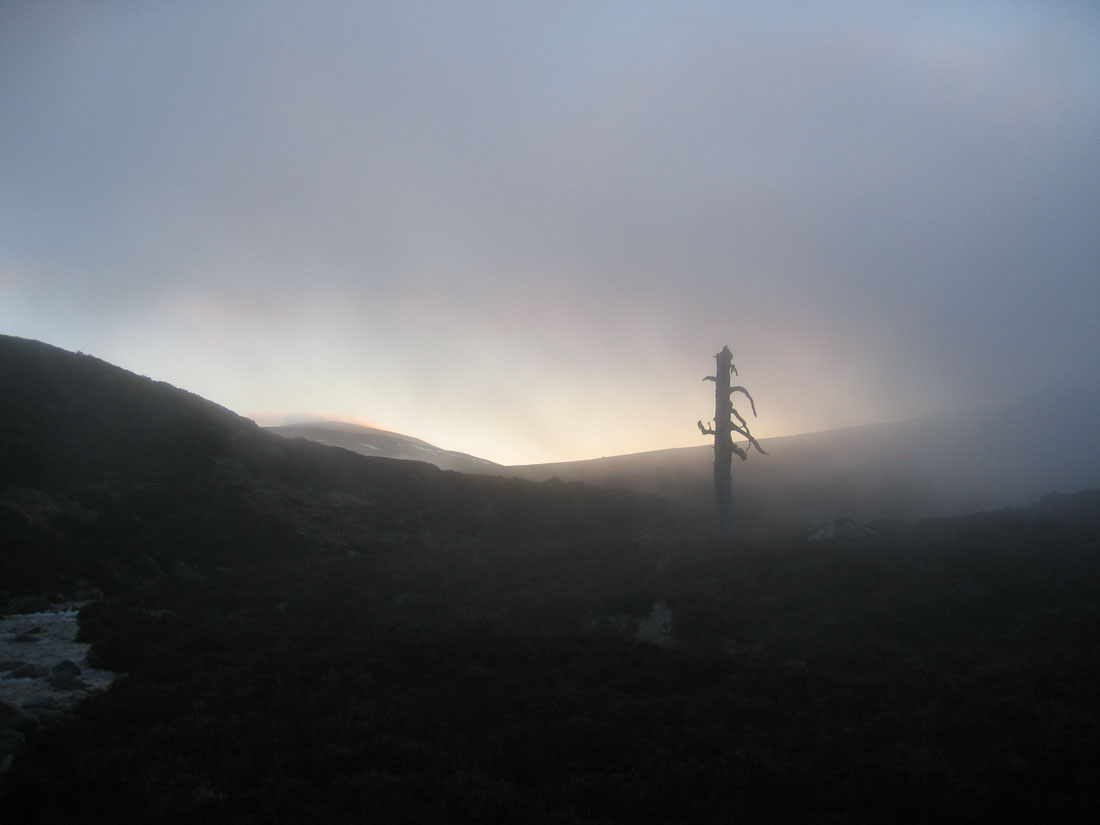 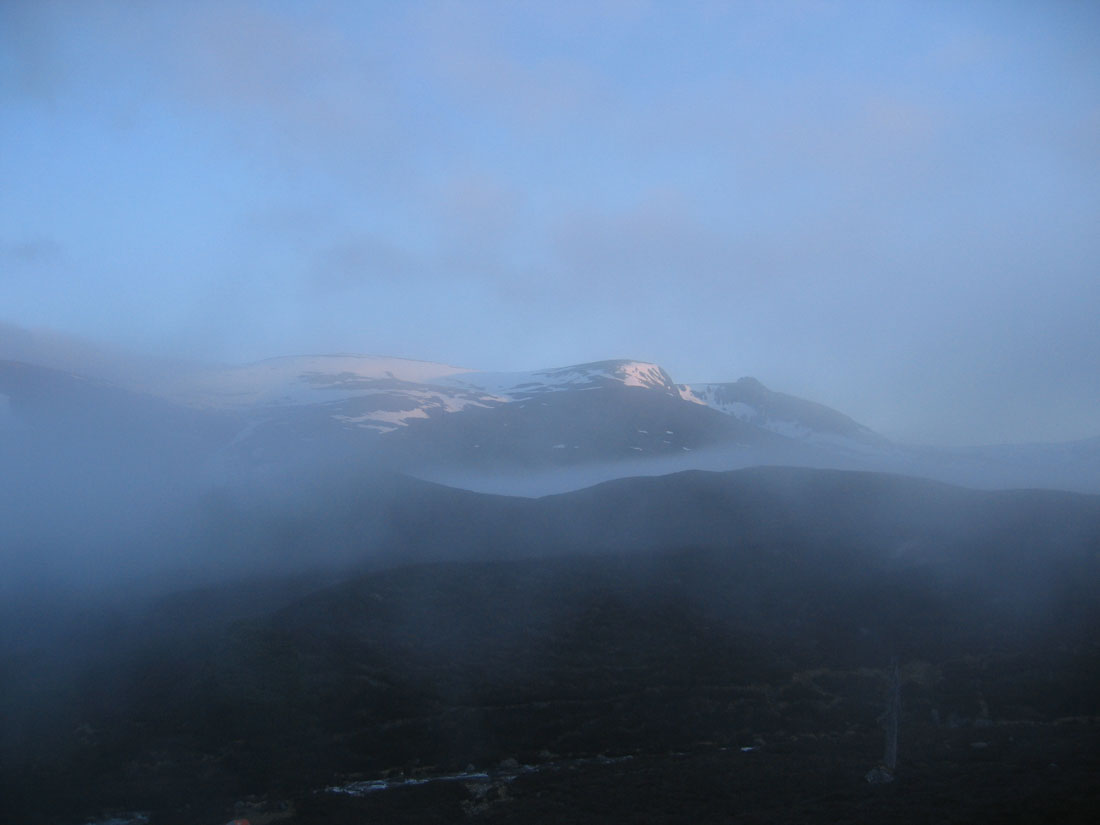 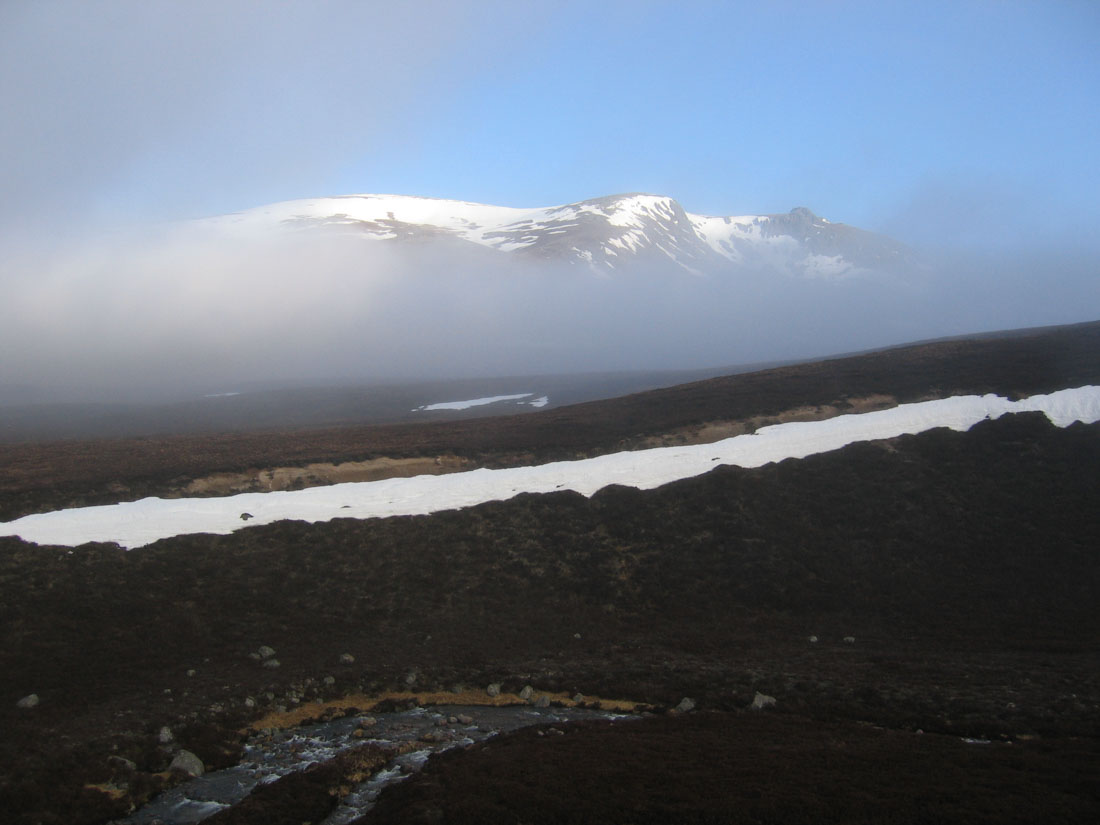 Having had a wee wander it was back to the tent for breakfast. 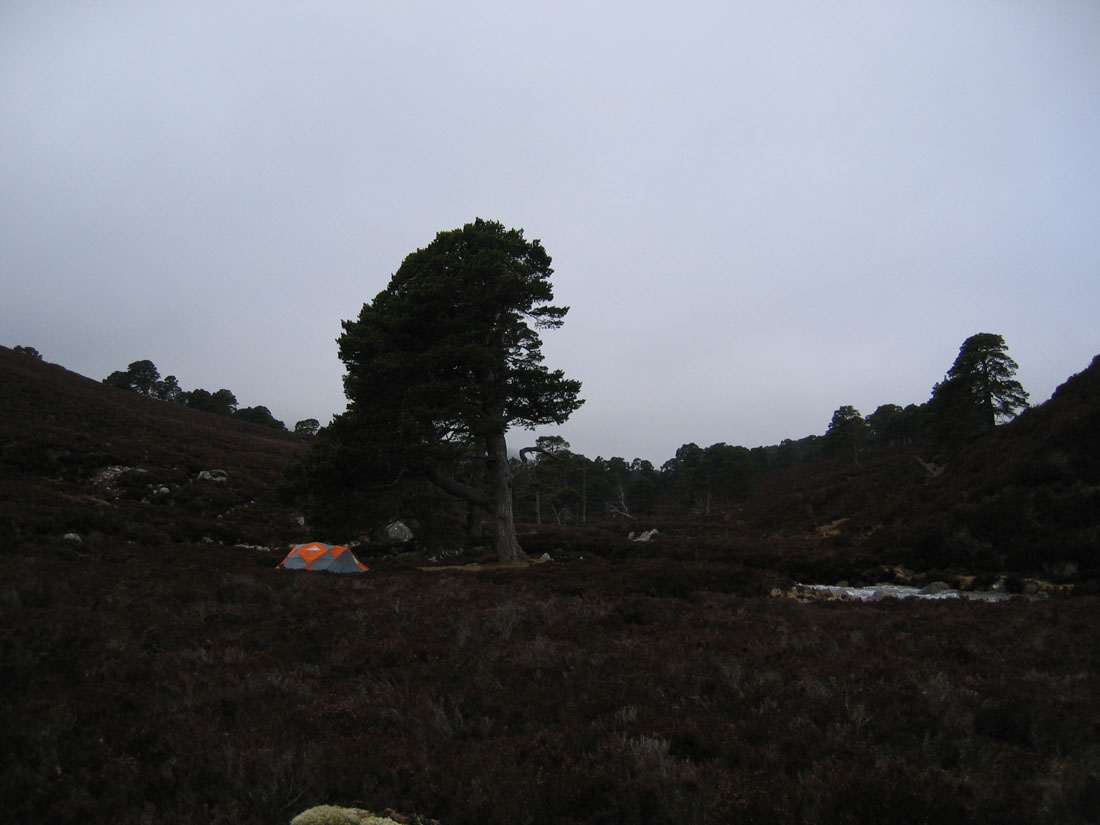 We had wondered about heading up the Carn Fiaclach path to Beinn a Bhuird, but the river was in spate and no easy crossing presented itself.

We decided to stroll back to the car. 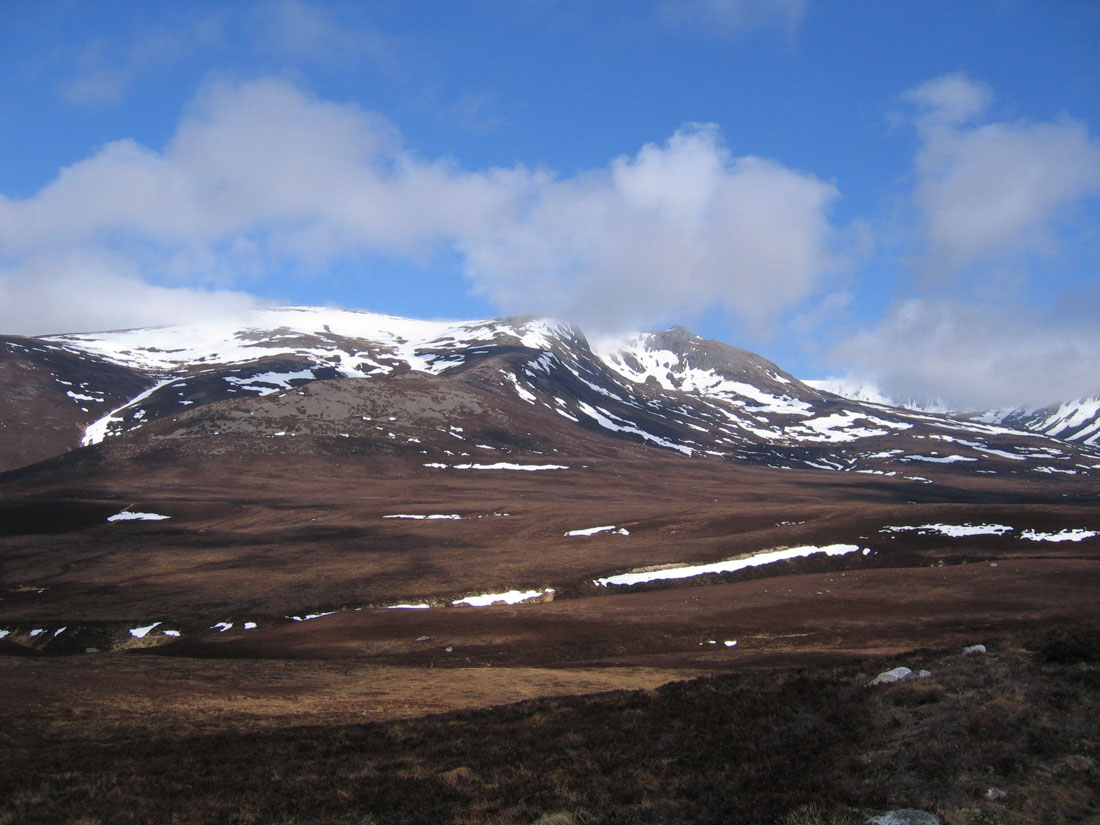 Back through the Slugain Gap and down to the car at Invercauld. 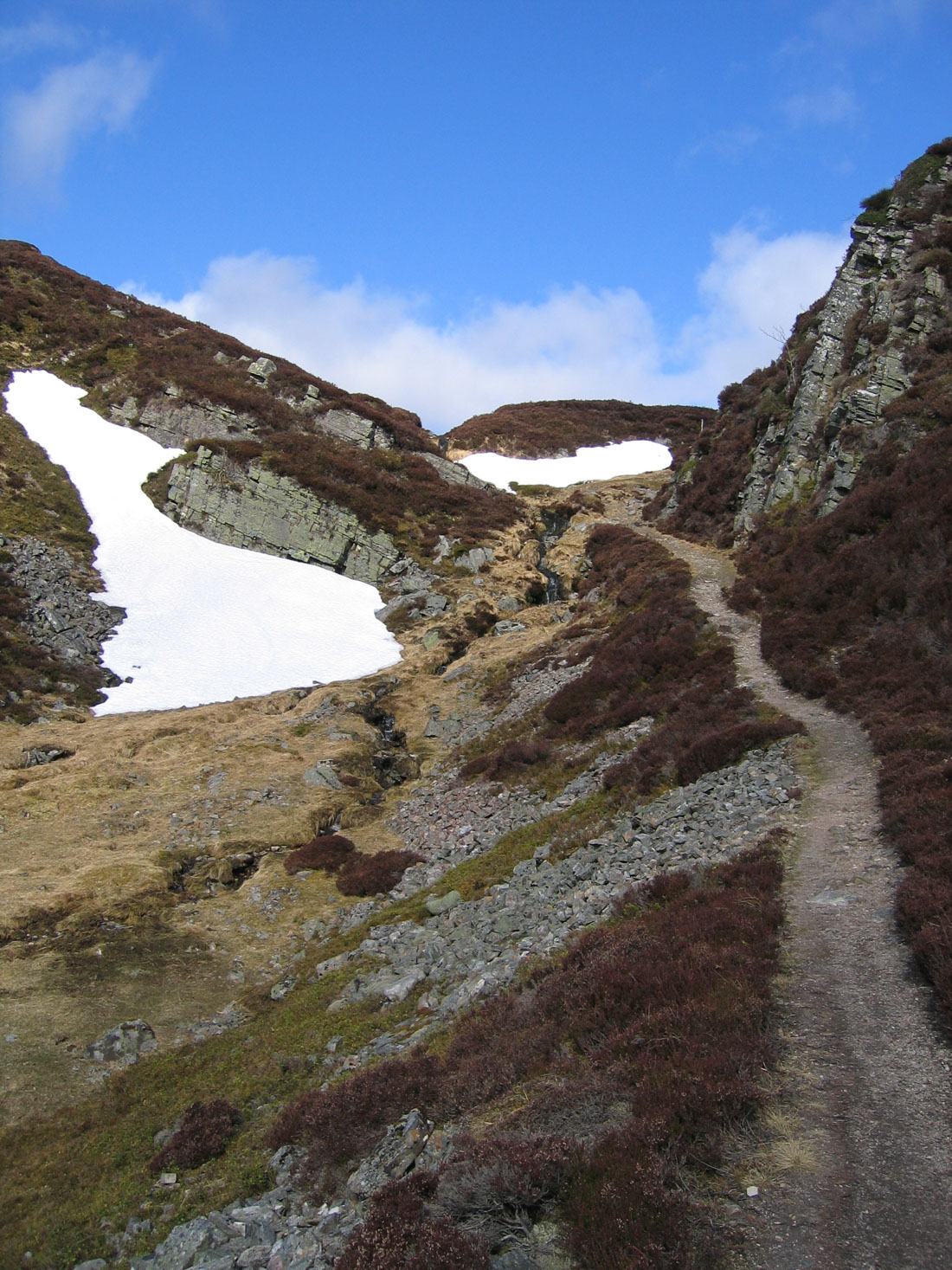 All a bit unwieldy in retrospect, but all part of the learning process to – a much enjoyed trip.