We were on a summer break, staying in a chalet on the Black Isle. Had a few trips using this central base.

By mid 2006 we’d already visited most of the Munros. The one’s we hadn’t visited were mostly a mix of Cuillins and remote hills. We hadn’t visited Fisherfield or Knoydart at all.

Beinn a Chlaidheimh, at that point one of the Fisherfield 6 Munros, was one we were able to visit in a day.

Parked at Corrie Hallie and set off on the moorland track running over to Strath na Sealga.

It was a hot July day, unfortunately rather hazy.

It was also prime cleg season. Harassed along by clegs…..possibly my least favourite Scottish parasite.

An Teallach gives a bit of distraction from the clegs – and a reminder that we’d been up this one on a rather poor day in 2004.

An Teallach from moorland road 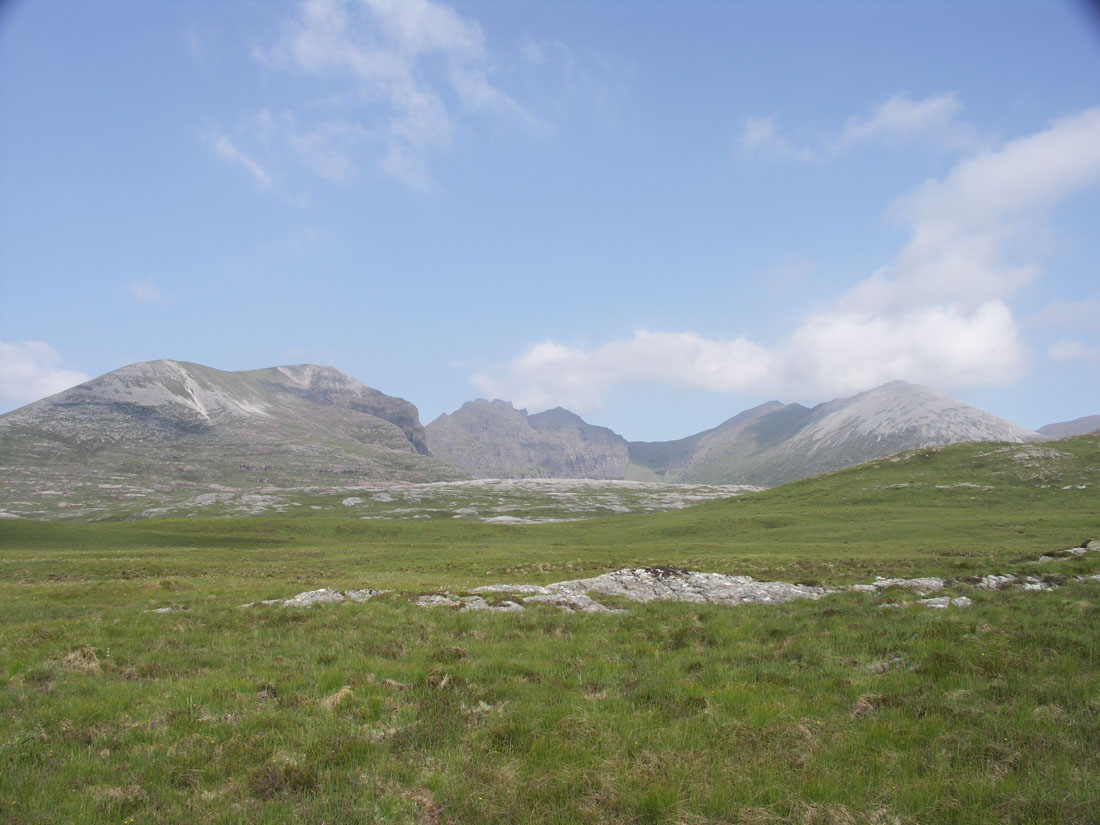 Pestered by clegs we picked up the pace, not that this helps – clegs being fast and persistent. 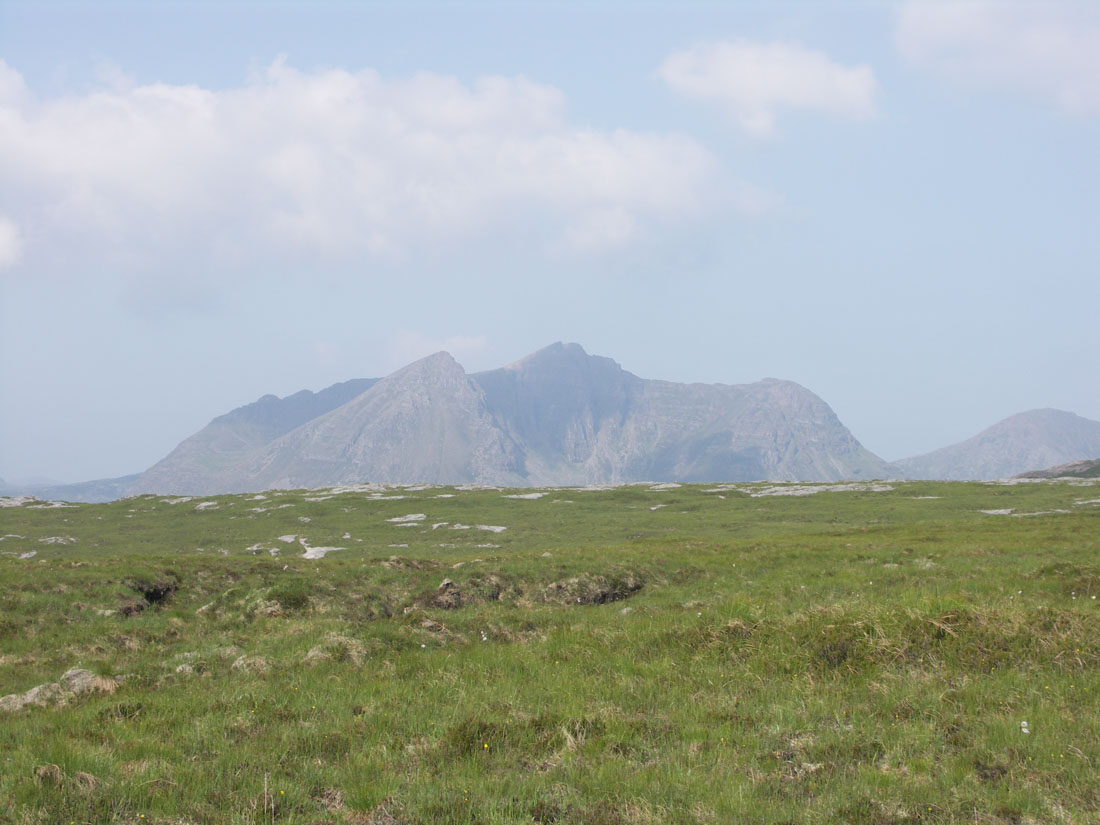 Dropped down into Strath na Sealga – the road runs down. 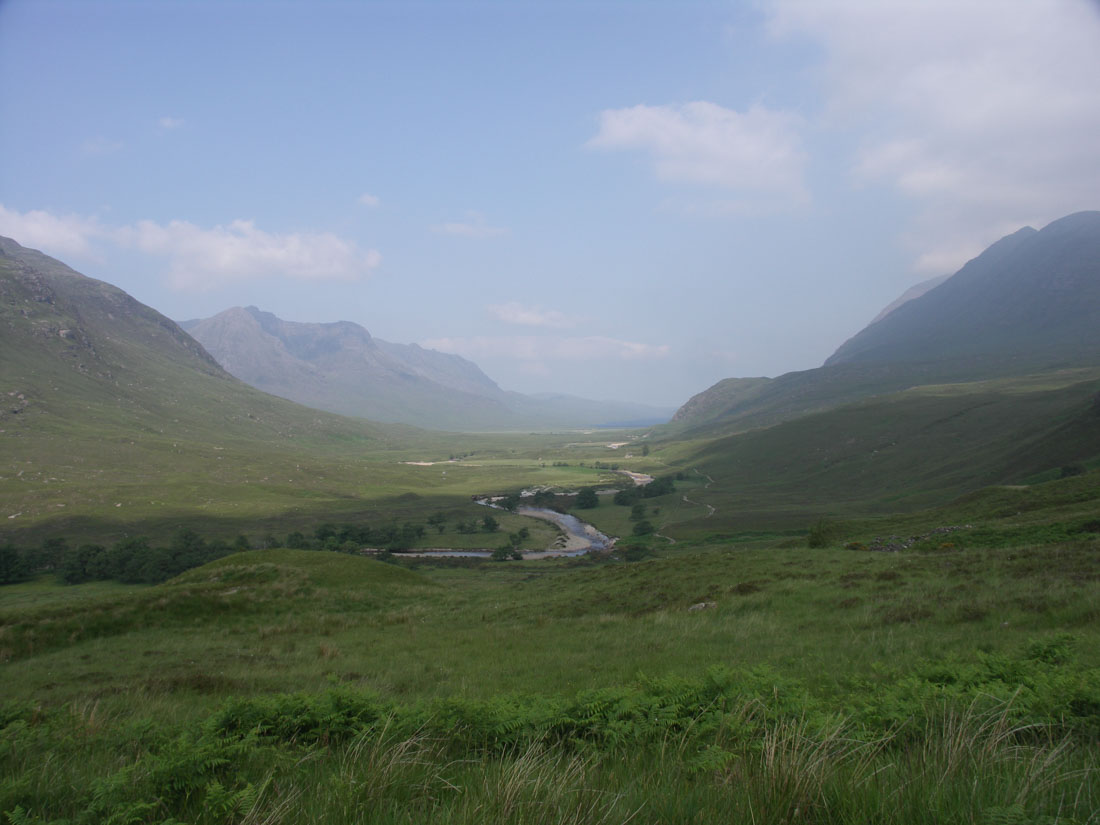 Forded the Abhainn Loch an Nid easily, from there it’s a rising traverse up the flank of Beinn a Chlaidheimh.

Summer flora is in full fling. 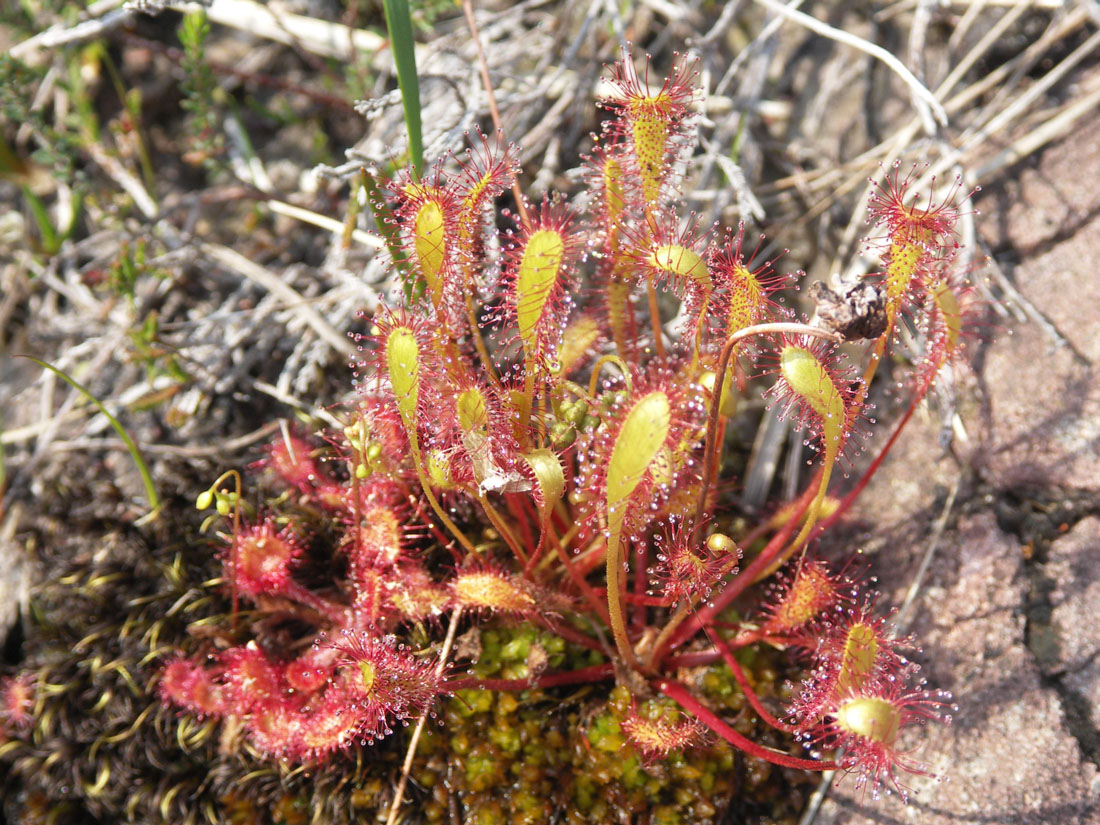 Summer also brings the insectivores. A shame damselflies are too small to tackle clegs! 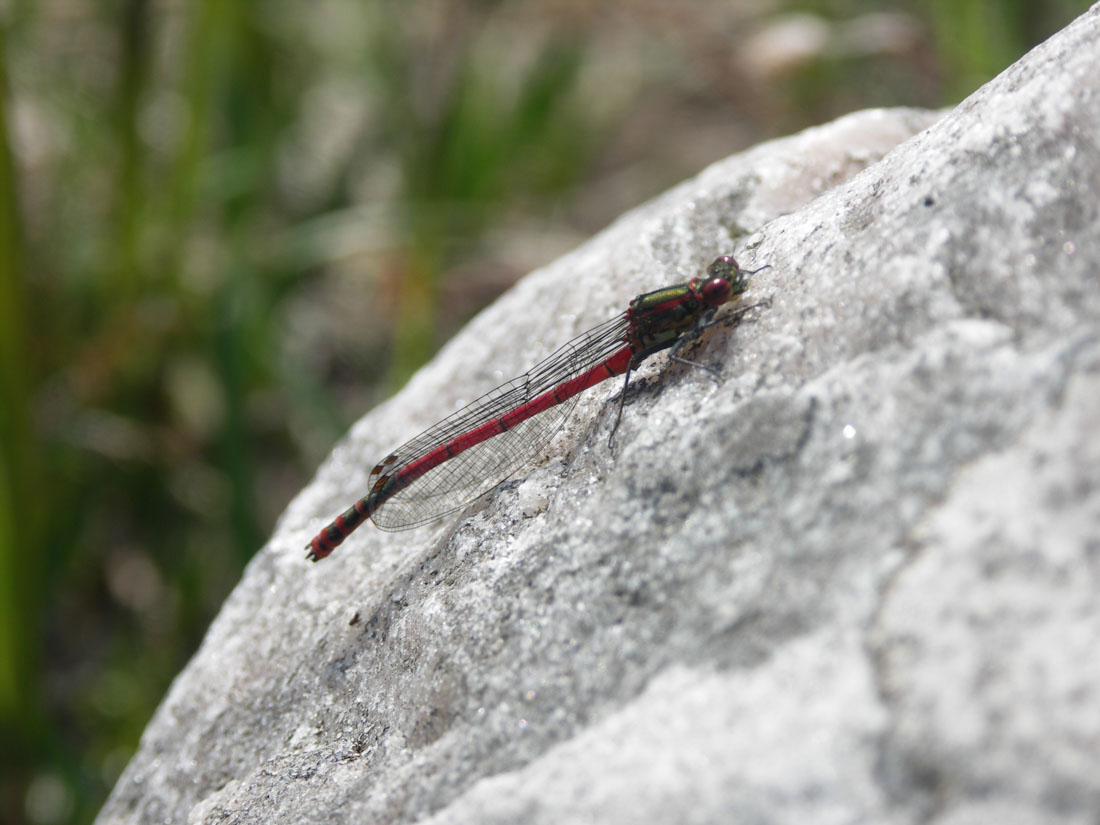 Aimed for the little east ridge of Beinn a Chlaidheimh to reach the summit. 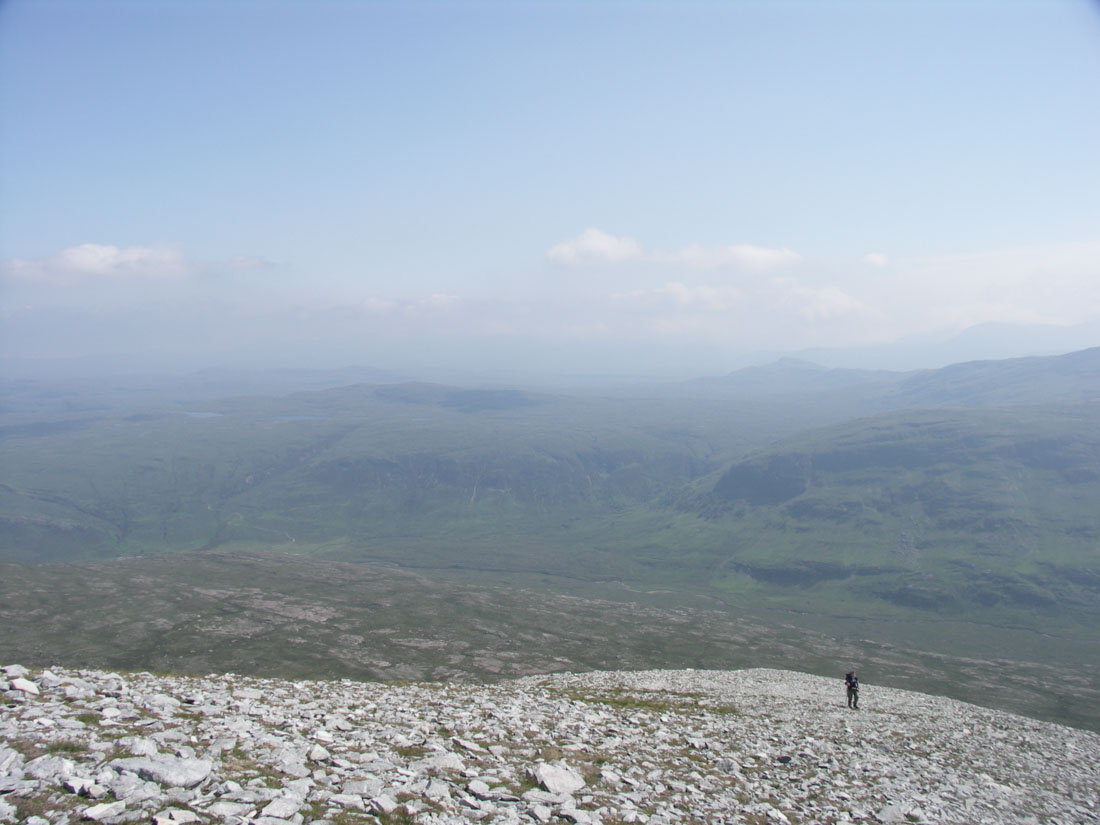 Great views from this hill, a shame it was so hazy. Getting into the Fisherfields was nice though – we’d just bought our Hilleberg Nallo and Fisherfield was one of the areas it was for.

Beinn a Chlaidheimh to An Teallach 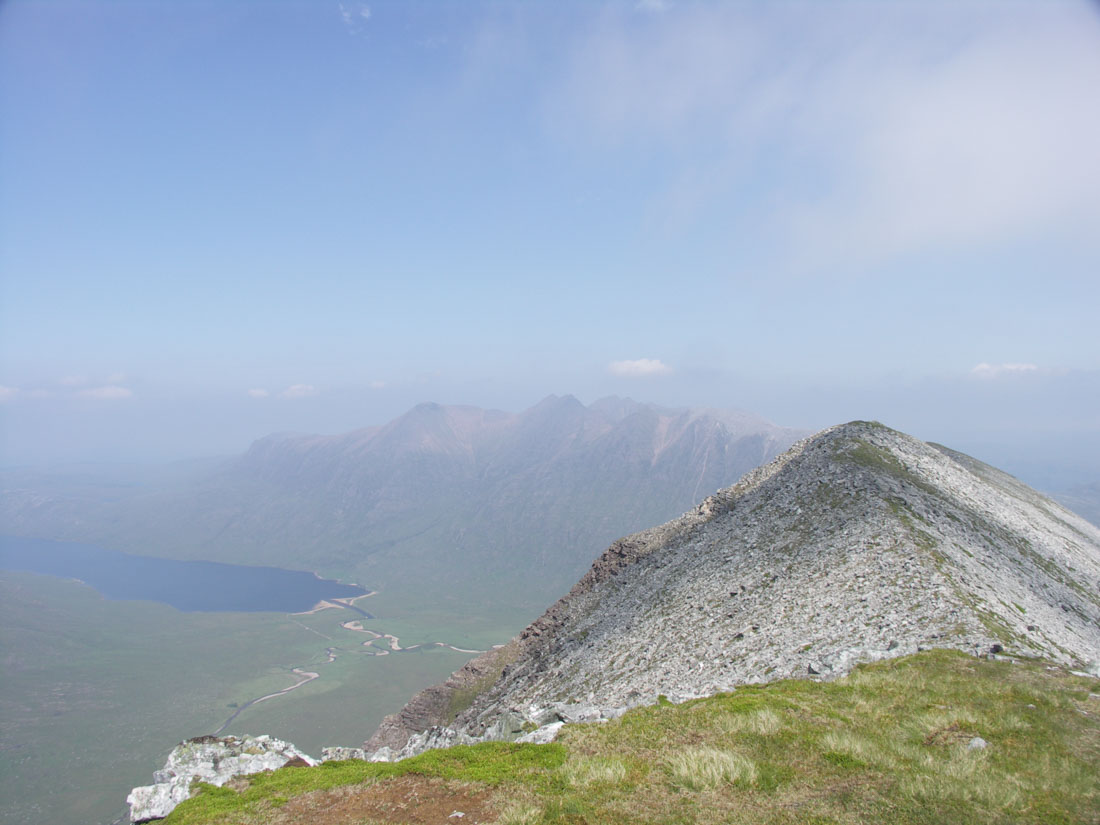 The view to Beinn Dearg Mor is the best from this hill – better with clearer air. 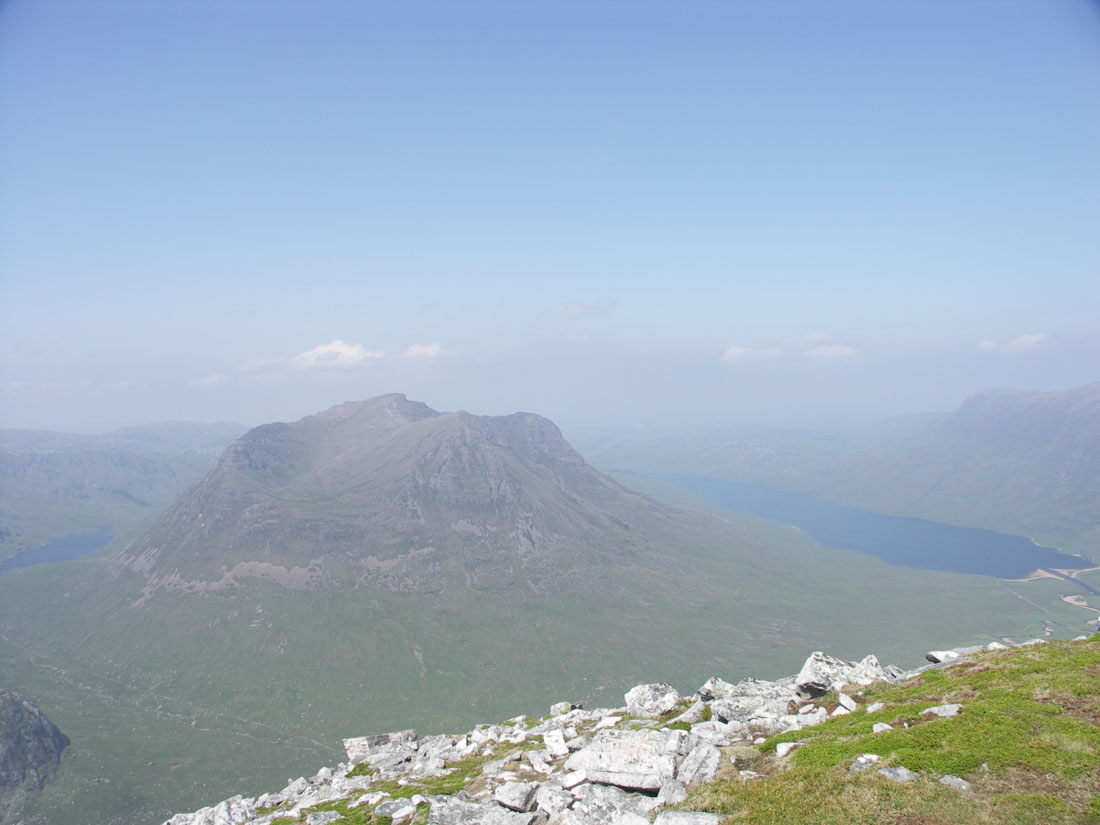 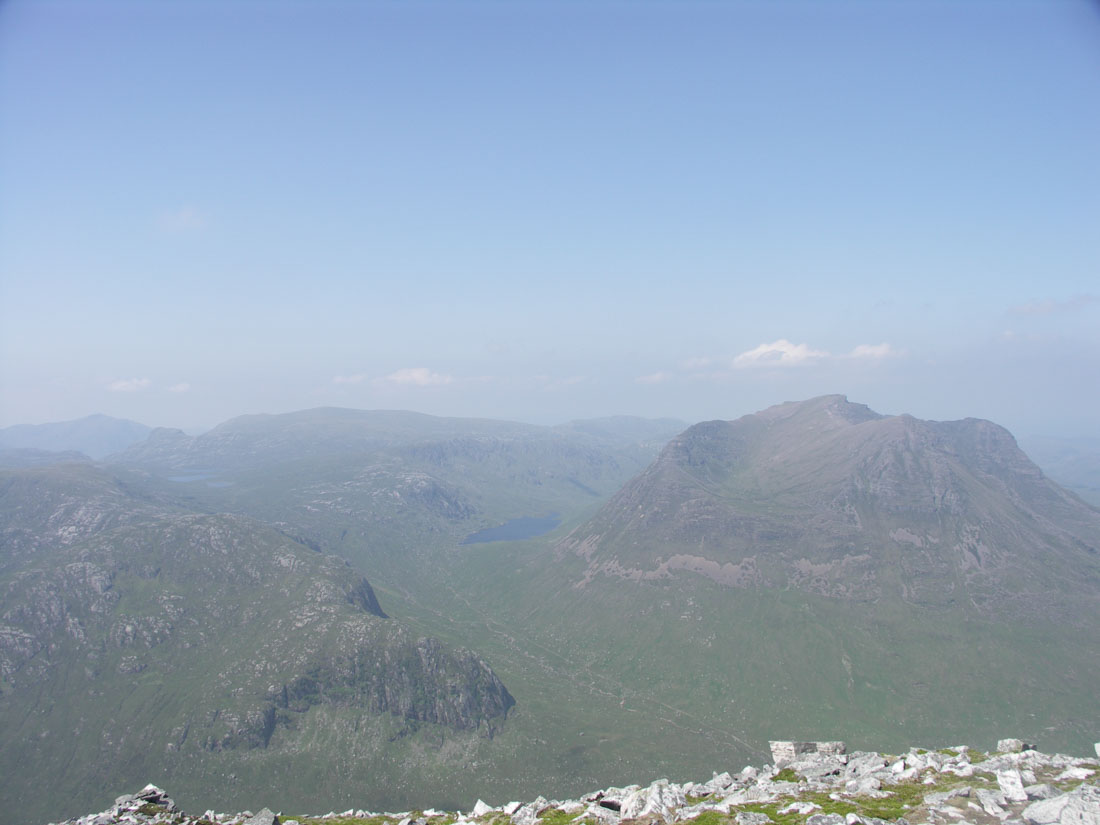 Hung around a while – one of those walks where the summit is both a long way from the car and the best viewpoint by far.

H on Beinn a Chlaidheimh 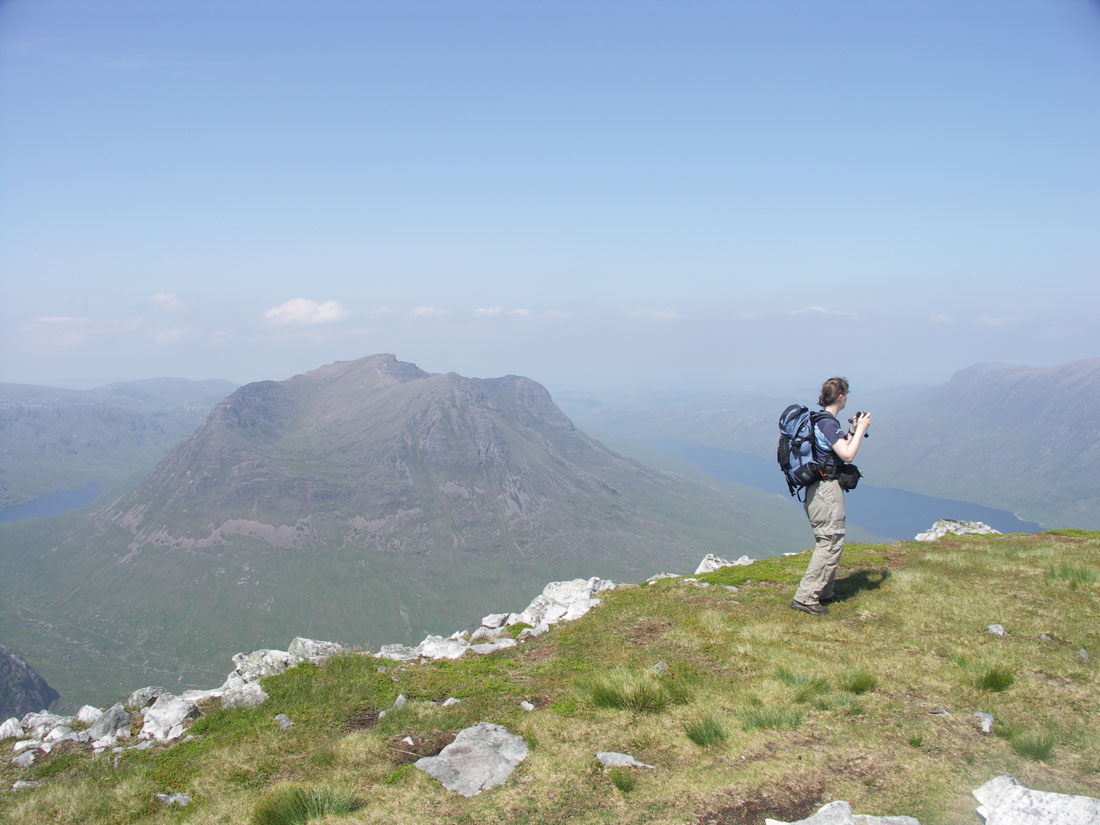 Headed back by the route of approach, dropping down the flank of Beinn a Chlaidheimh. 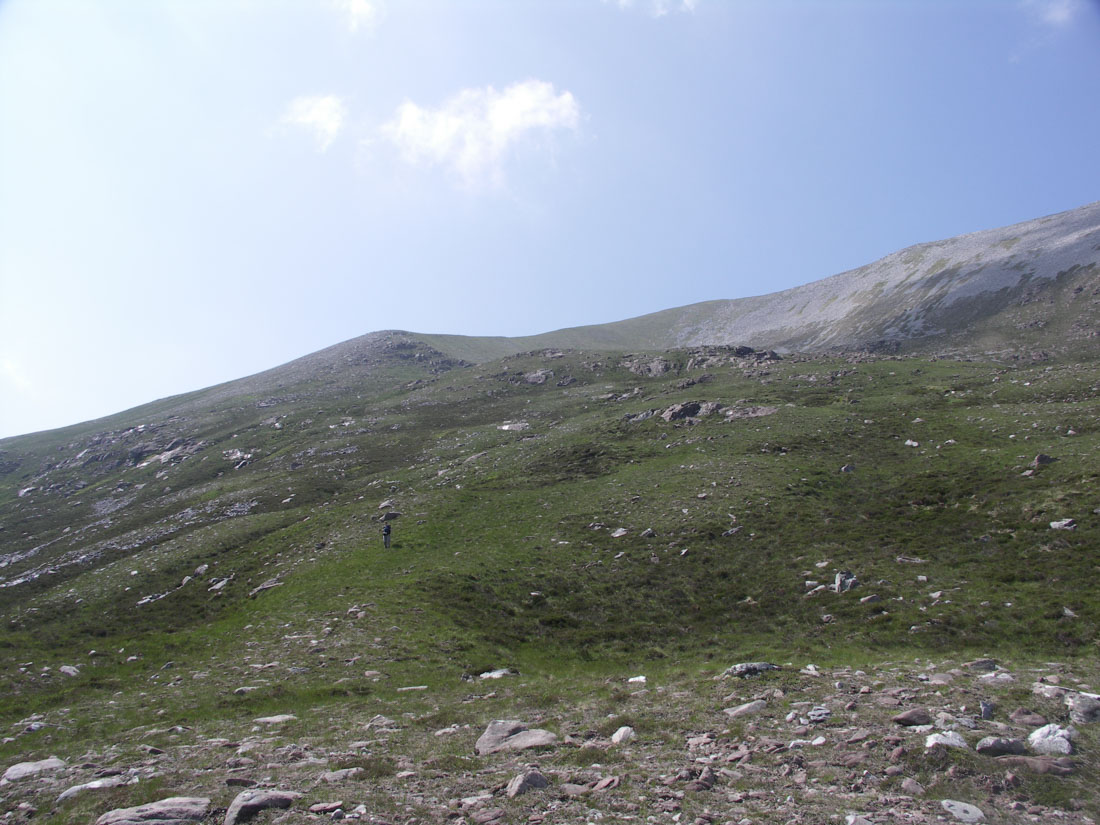 Heading up from Abhainn Loch an Nid the sky to our north got very dark and there were a few rumbles of thunder…..scarpered onwards as fast as possible. The clegs were supremely untroubled by incipient lightning.

Some nice dragonflies around – a squadron of Azure Hawkers would have been a good cleg defence. Not nearly enough. 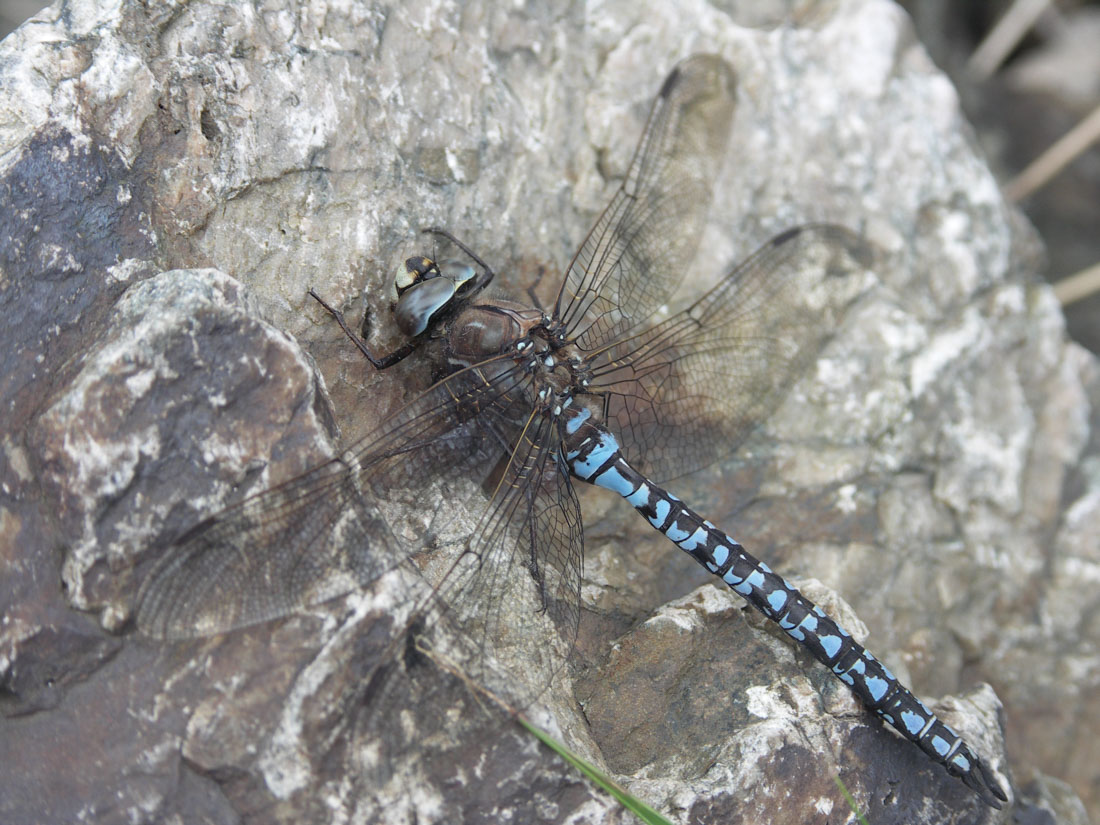 Back to the car and back down to the Black Isle. An appetite whetting intro to Fisherfield – we were back in 2007.