Having done a number of camps with an over-spec, overweight tent, we’d cast around for a lighter, but robust backpacking tent. We’d acquired a Hilleberg Nallo, about half the weight of our previous Mountain Hardwear Trango.

We had a number of walks in mind where the distances were beyond our daywalk range and Ben Alder was on this list.

Parked up at Dalwhinnie on a hot July day – the gear was a few kg lighter, but still hefty packs. 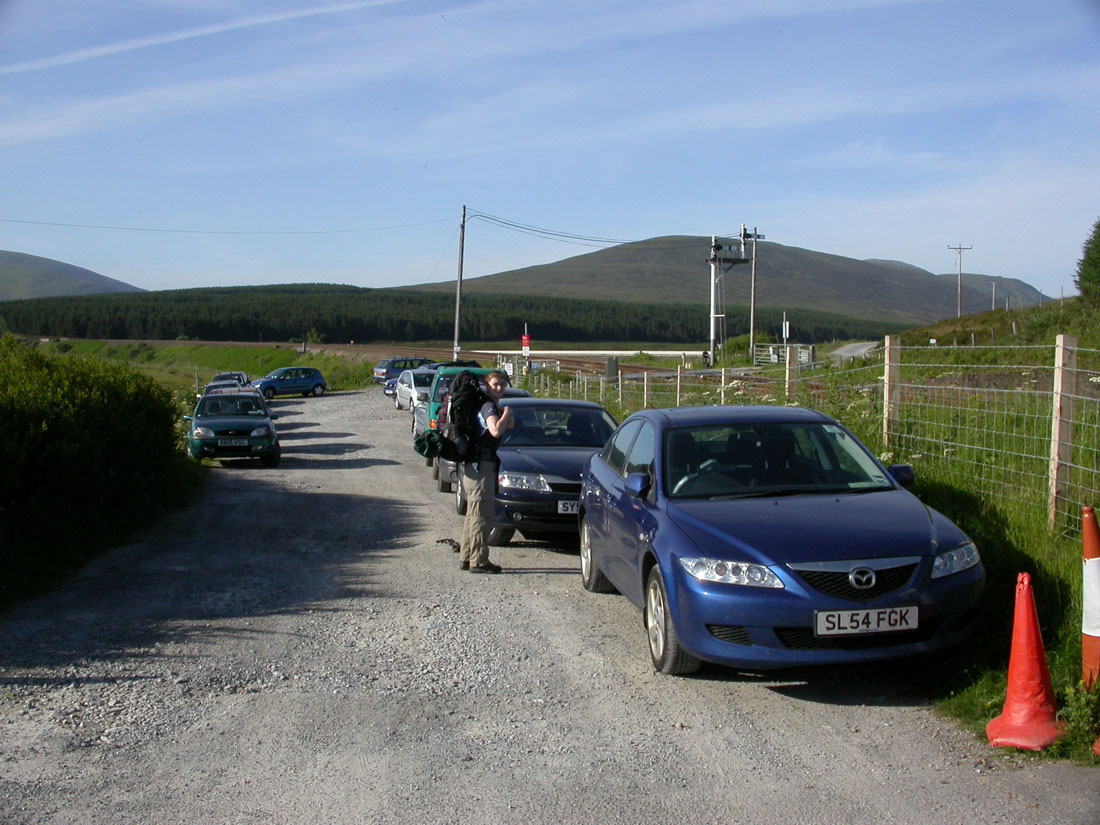 Set off down the road along the west side of Loch Ericht, it was a hot day, but a pleasant walk. 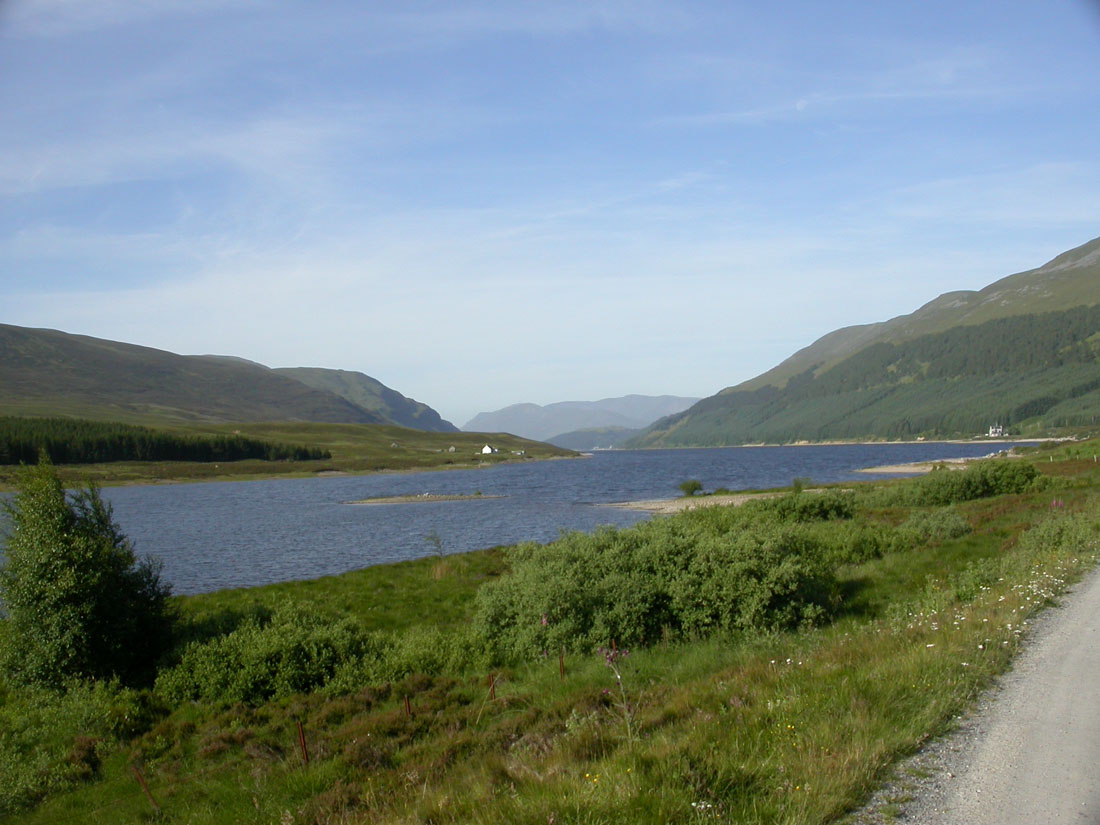 After a few hours we reached the open ground south of Ben Alder Lodge. Ben Alder and the Lancet Edge of Geal Charn do look very tasty. 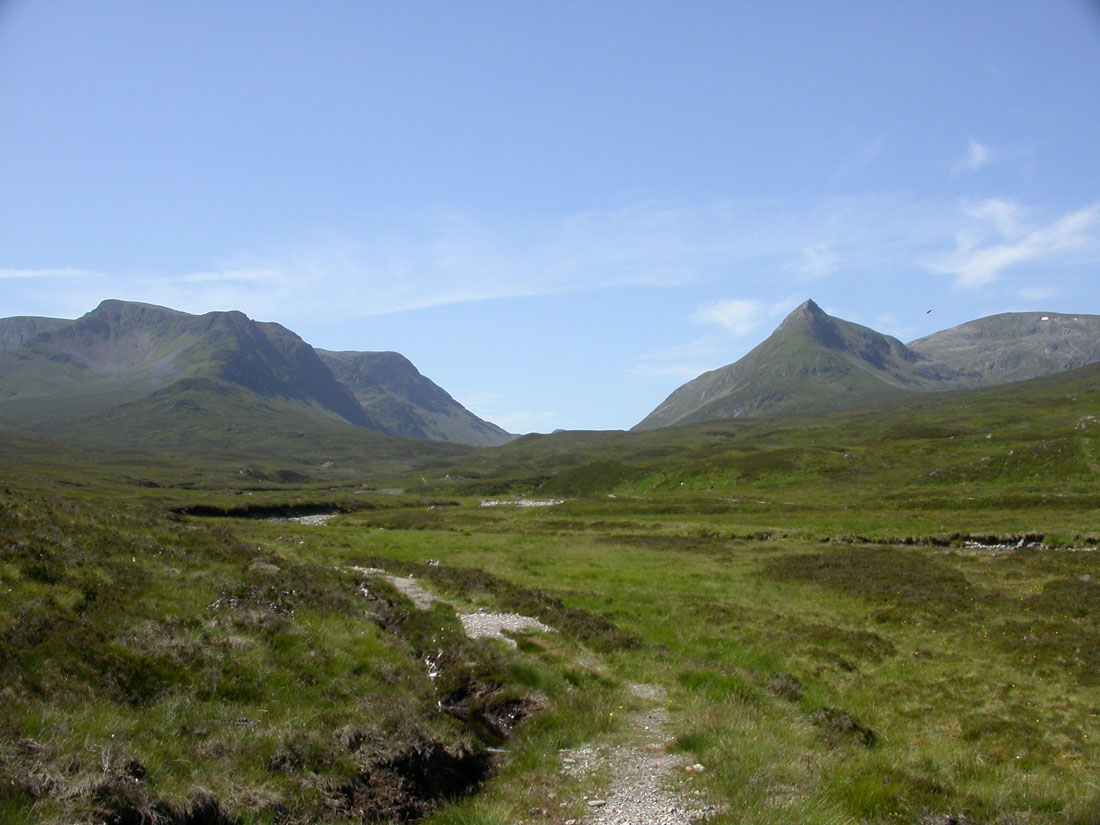 It’s another hour or so past Culra and then the path turns up hill to run between Ben Alder and Beinn Bheoil. 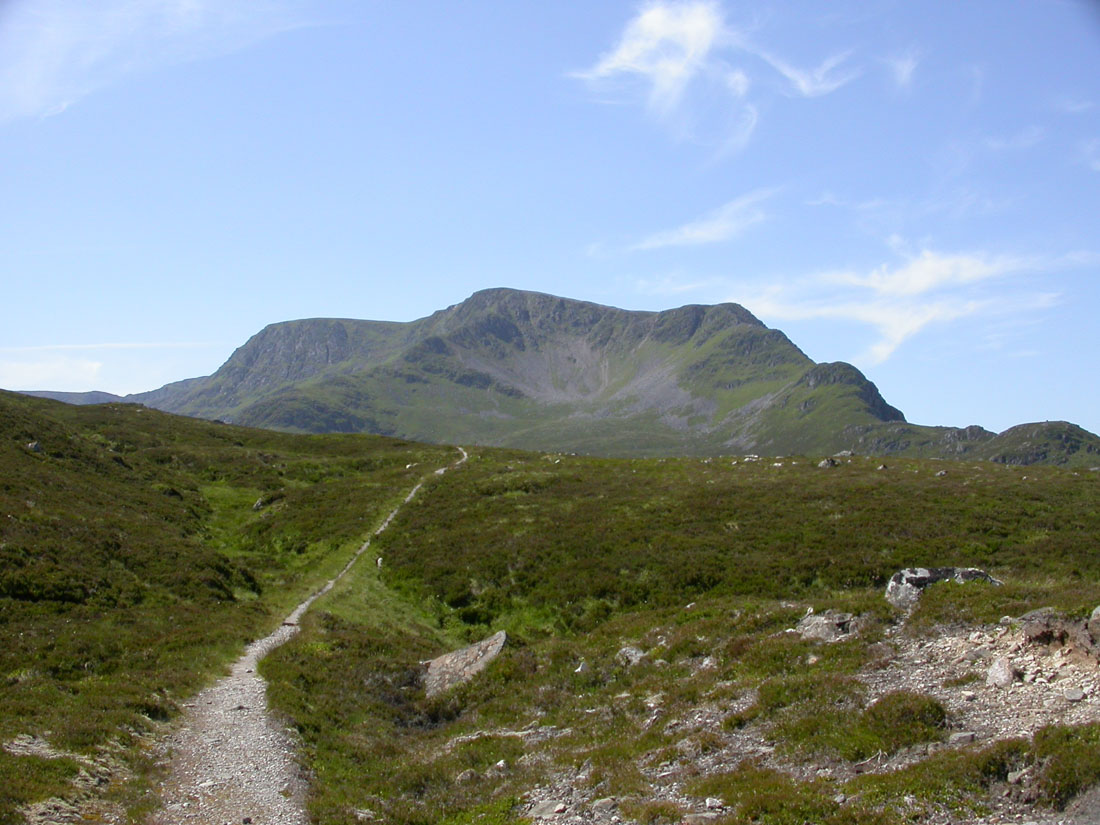 We were toiling under hefty packs – probably in the 15-18kg range. A bit of weight redistribution was required to persuade the team uphill.

Crossed over the ground from the path to the base of the Long Leacas and then toiled up the hill. Hard work in the heat.

Neared the top of the Long Leacas around 6 hours after starting out at Dalwhinnie. Nice views from up here.

Near the top of Long Leacas: 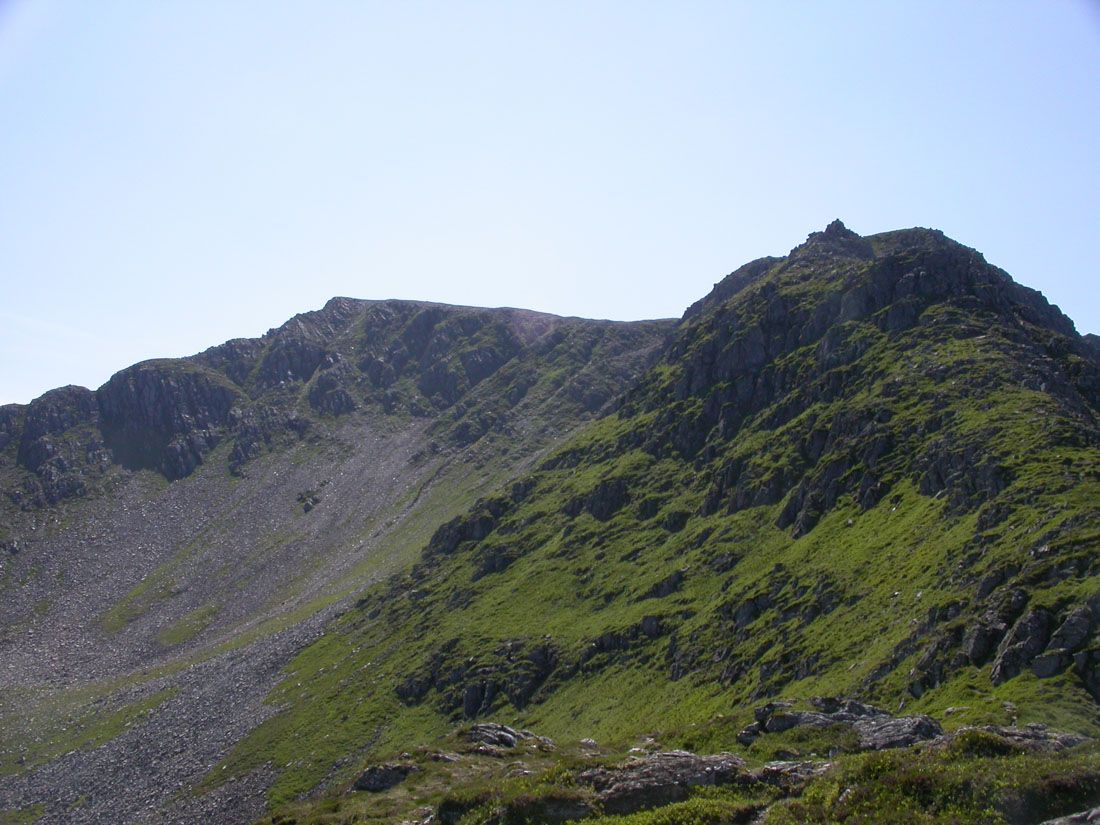 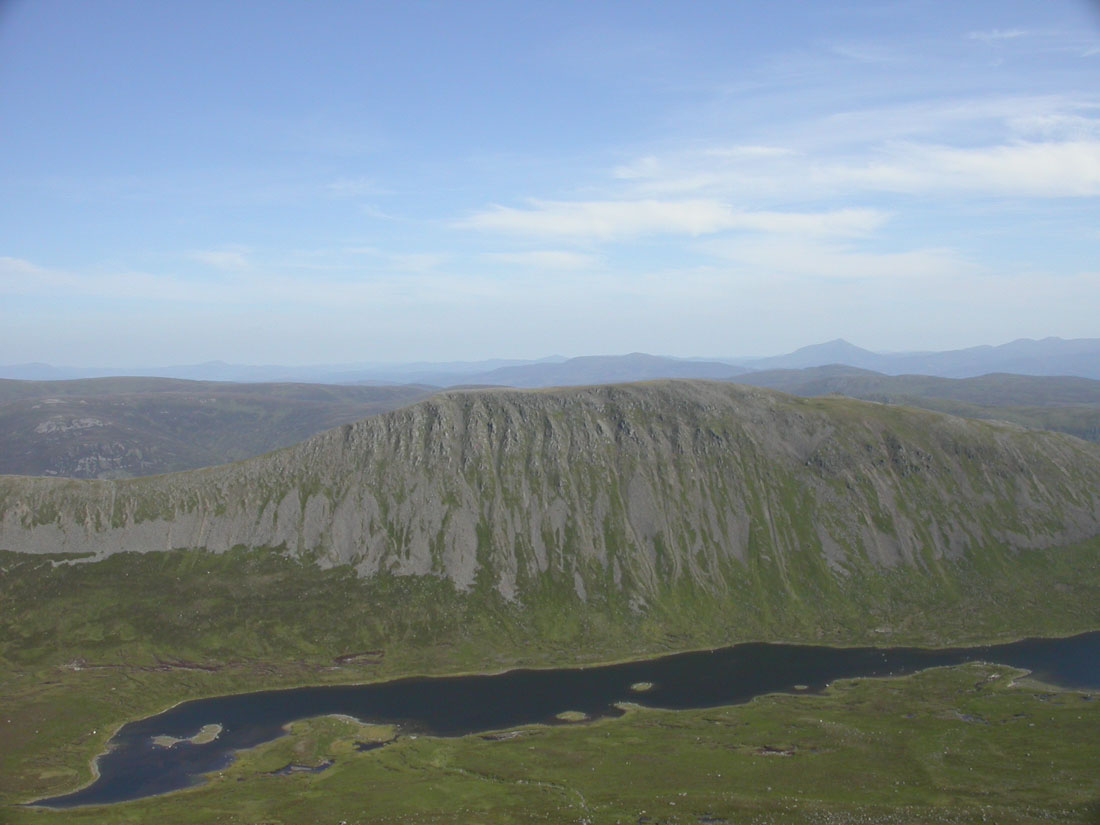 H on the Long Leacas: 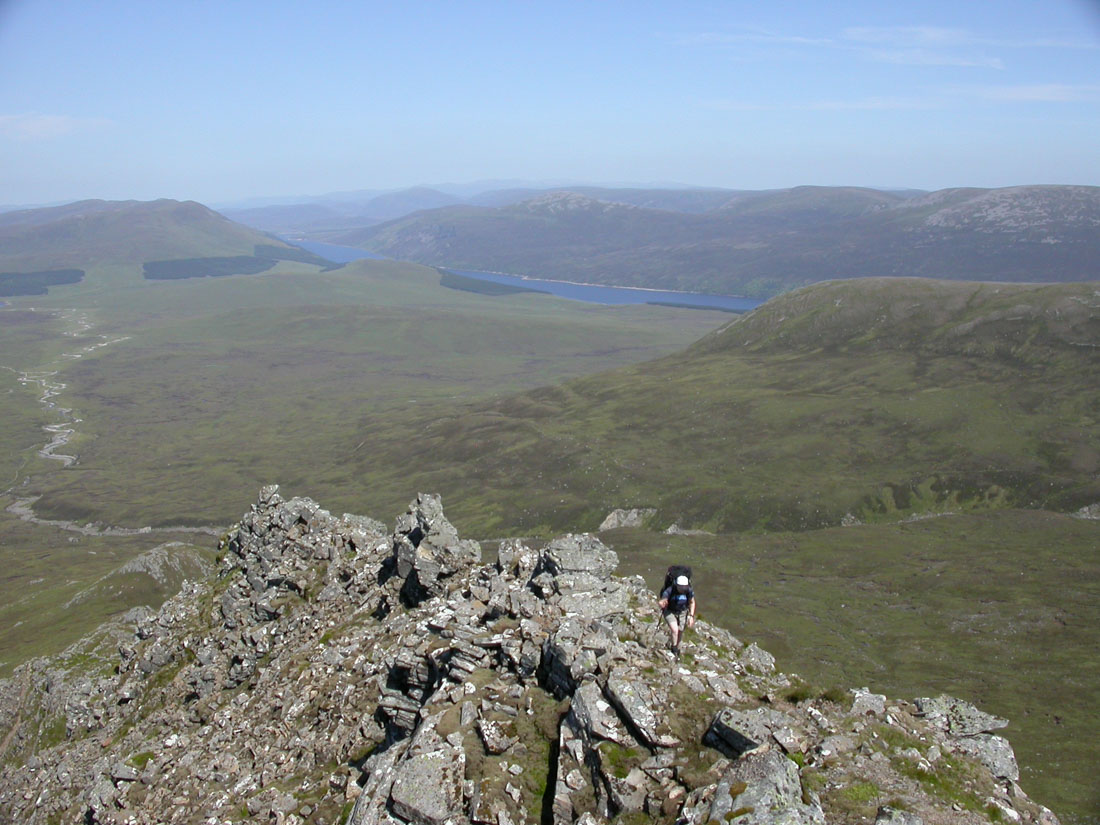 We had a rest at the top before strolling on towards the summit.

Reached the summit and found a potential pitch site. Although we had some (daft) plan to do some more for the day it was quickly clear that I had “hit the wall” and could scarcely think.

Got the tent up, got some water and relaxed. 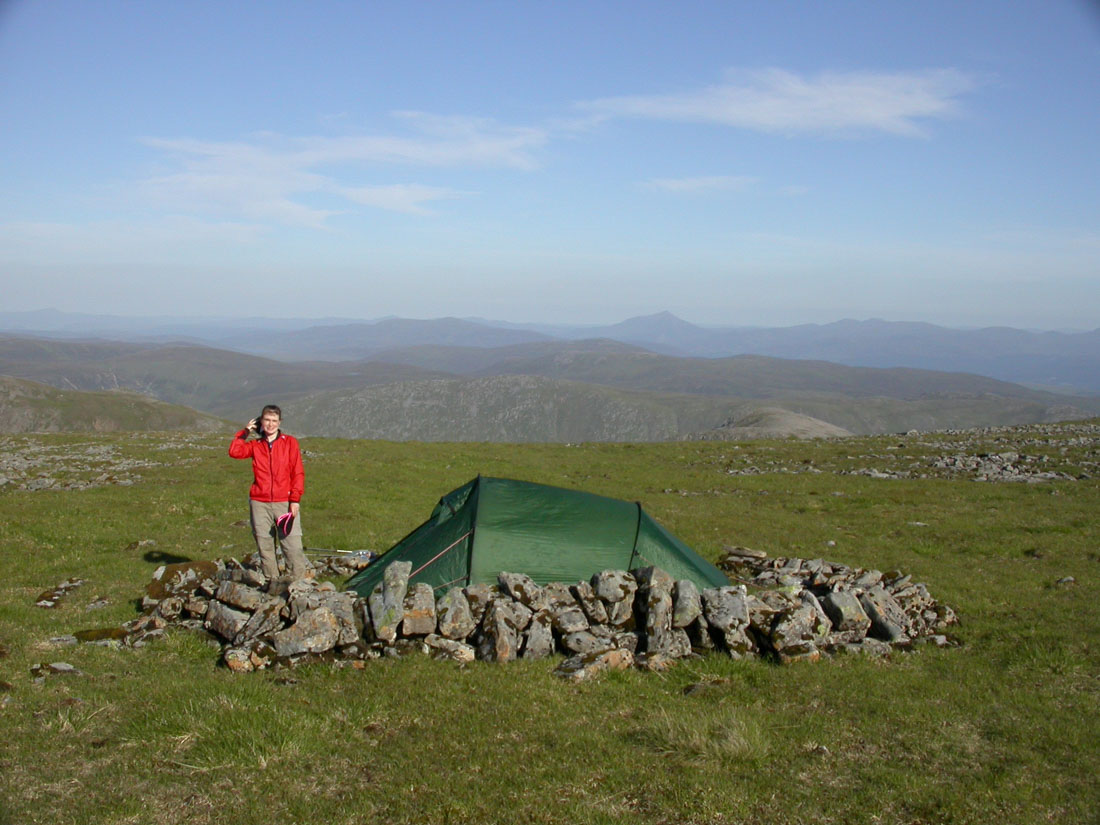 So – our first summit camp. Don’t remember that much other than being glad to lie down. It did establish a protocol of frittering as much time away as possible on the summit though. 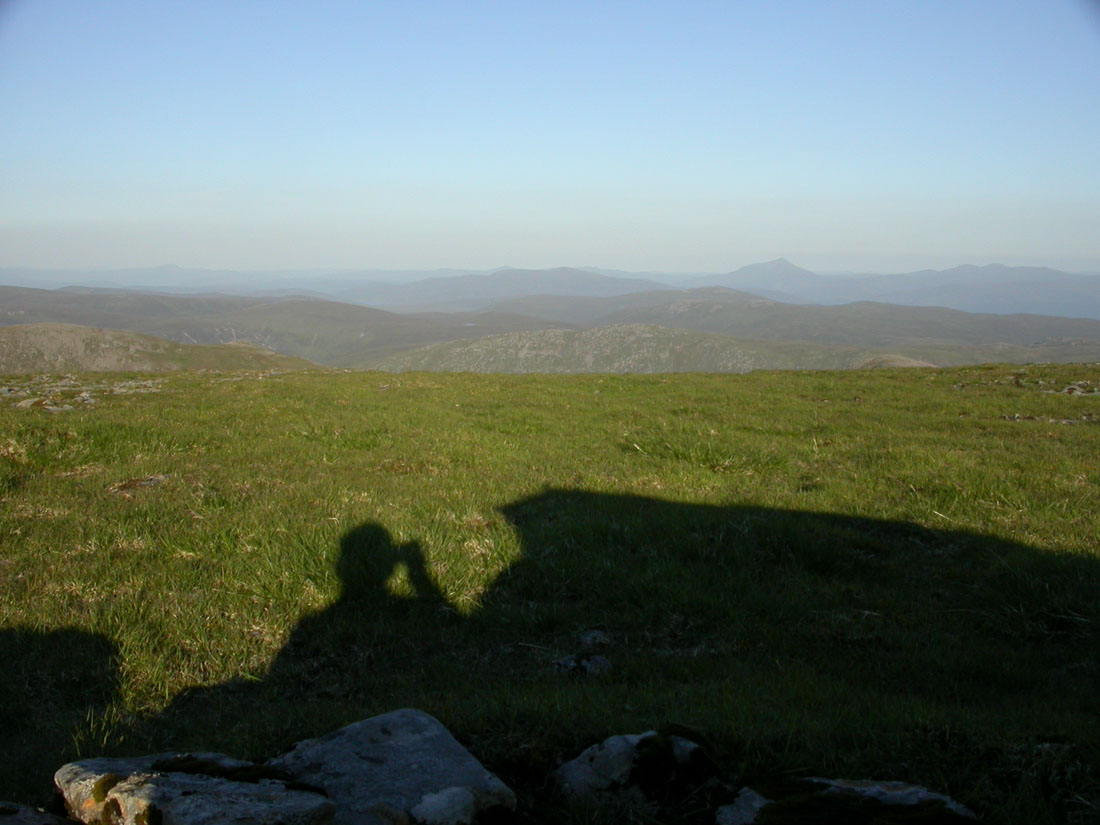 …..and slept soundly. Stuck my head out at dawn (0445) and there was a smeary sunrise – went back and had another couple of hours sleep.

Eventually got up and got going – the sun was well up by this point, although we still had the summit to ourselves. 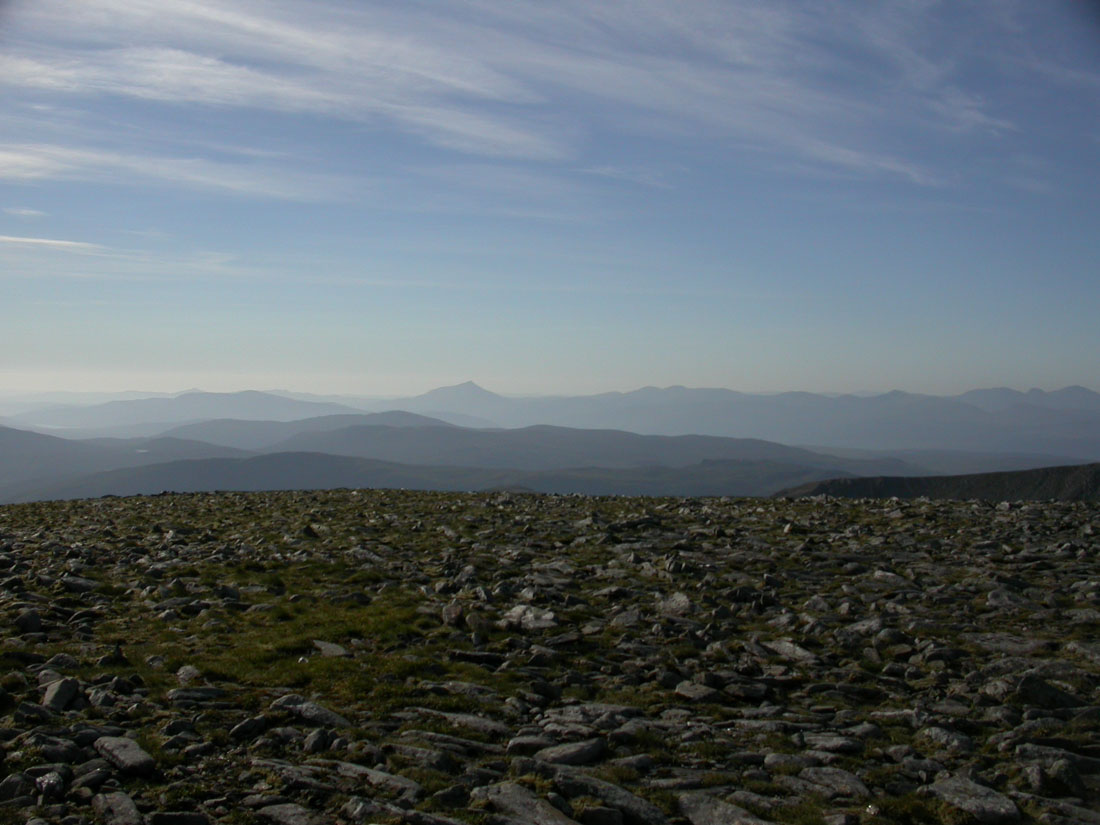 Headed round the cliffline of Garbh Coire towards the descent to Bealach Breabag. 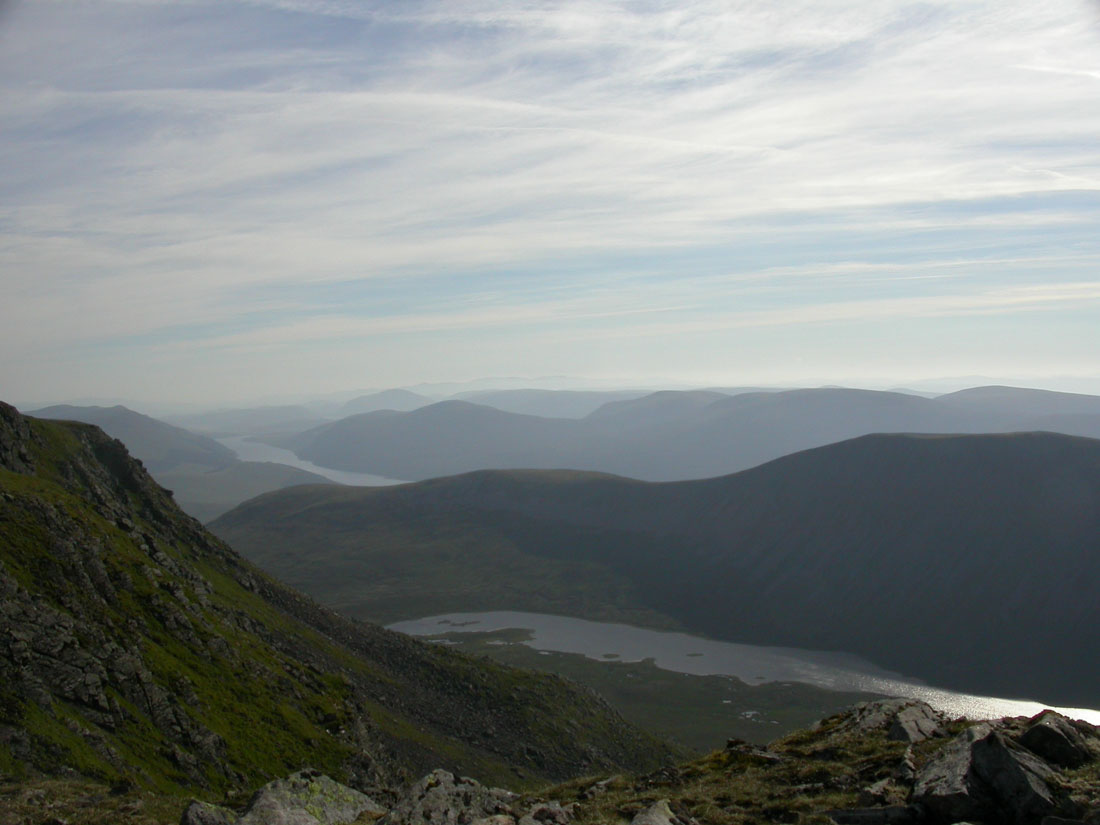 There’s a nice view of the foot of Loch Ericht and the damat the SE corner. 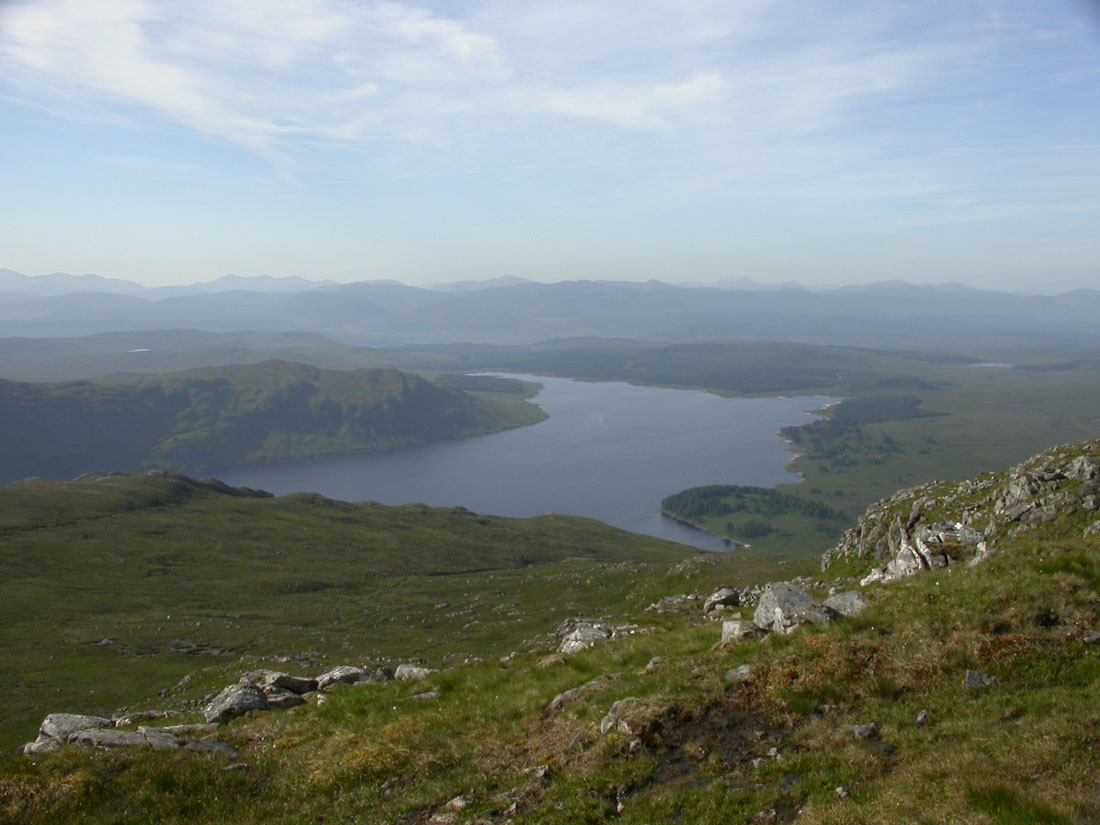 Crossed over Beinn Bheoil, the day was clouding over a little by this point. 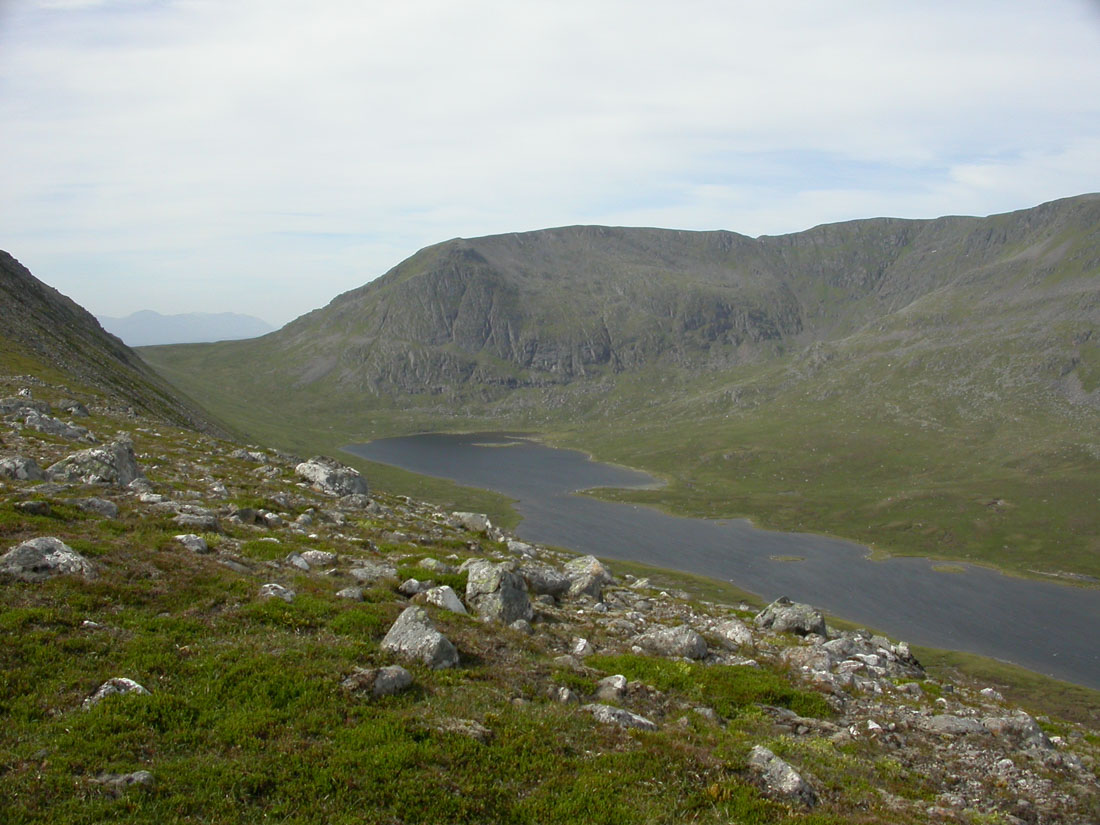 ….and then the long yomp back to the car. Heading north from here is punctuated by backward glances to the fine hill profiles that are receding. 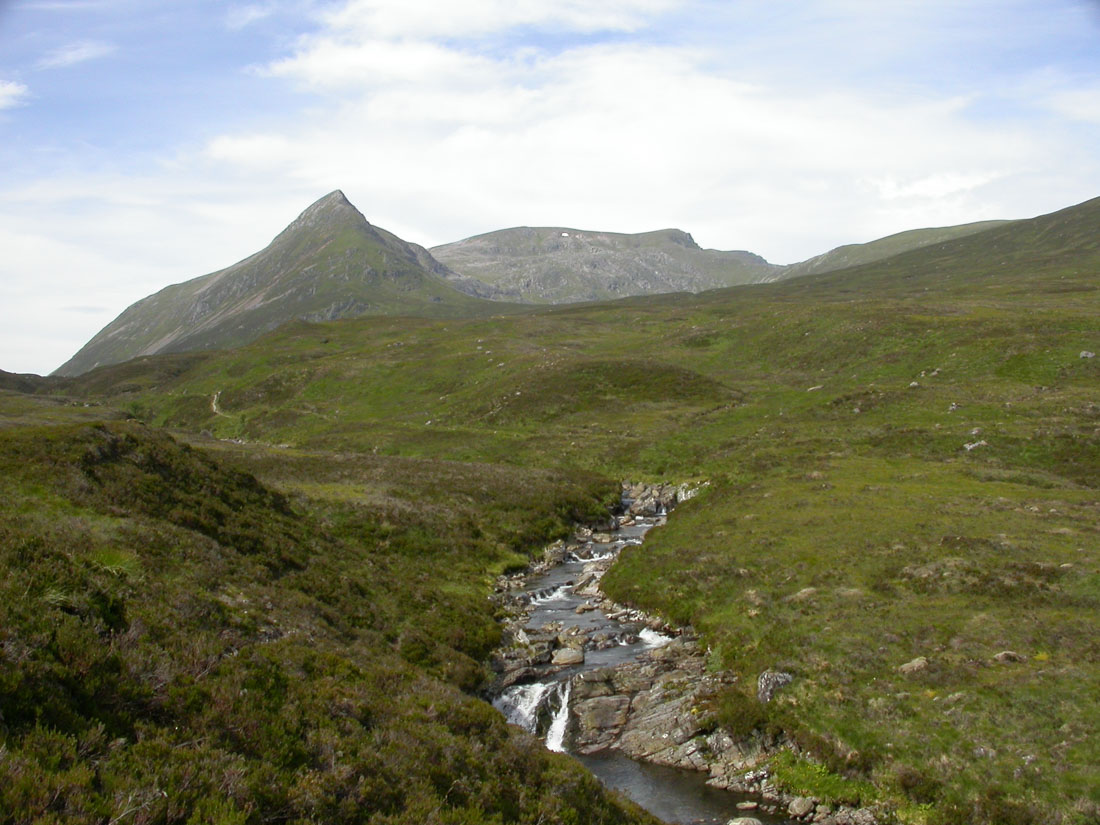 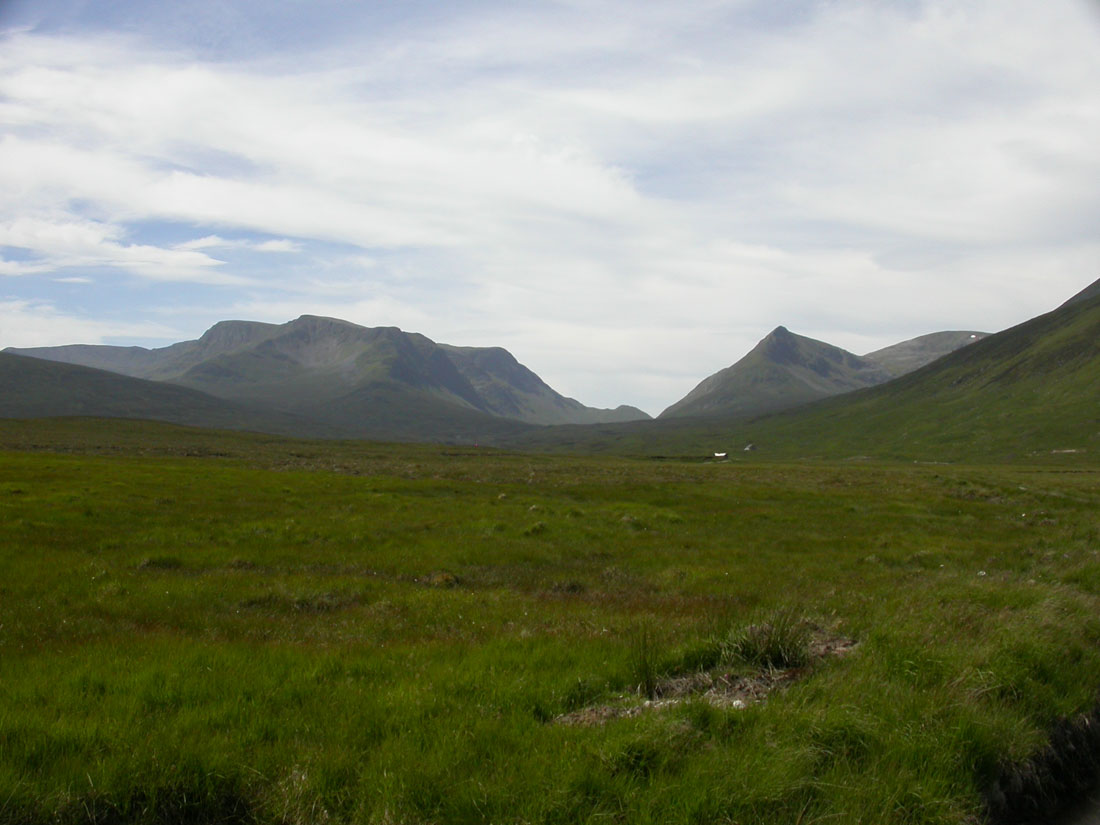 A rather ambitious first summit camp, and probably a little bit more work than we thought. Still, the system continued to be refined over the following 3 or 4 years to allow a bit more relaxation and a lot less exhaustion.

….got to start somewhere.