After an atmospheric day on Creag Meagaidh on the Saturday we were on the lookout for a good hill for the Sunday.

Parked at Alltchaorunn, the first of several walks from here. The old gate – fortified with barbed wire from pre-Access legislation days – is open.

Used the muddy bypass to skirt the cottage. The pool above the cottage had a nice reflection of Stob na Broige, lit by sunshine high above. 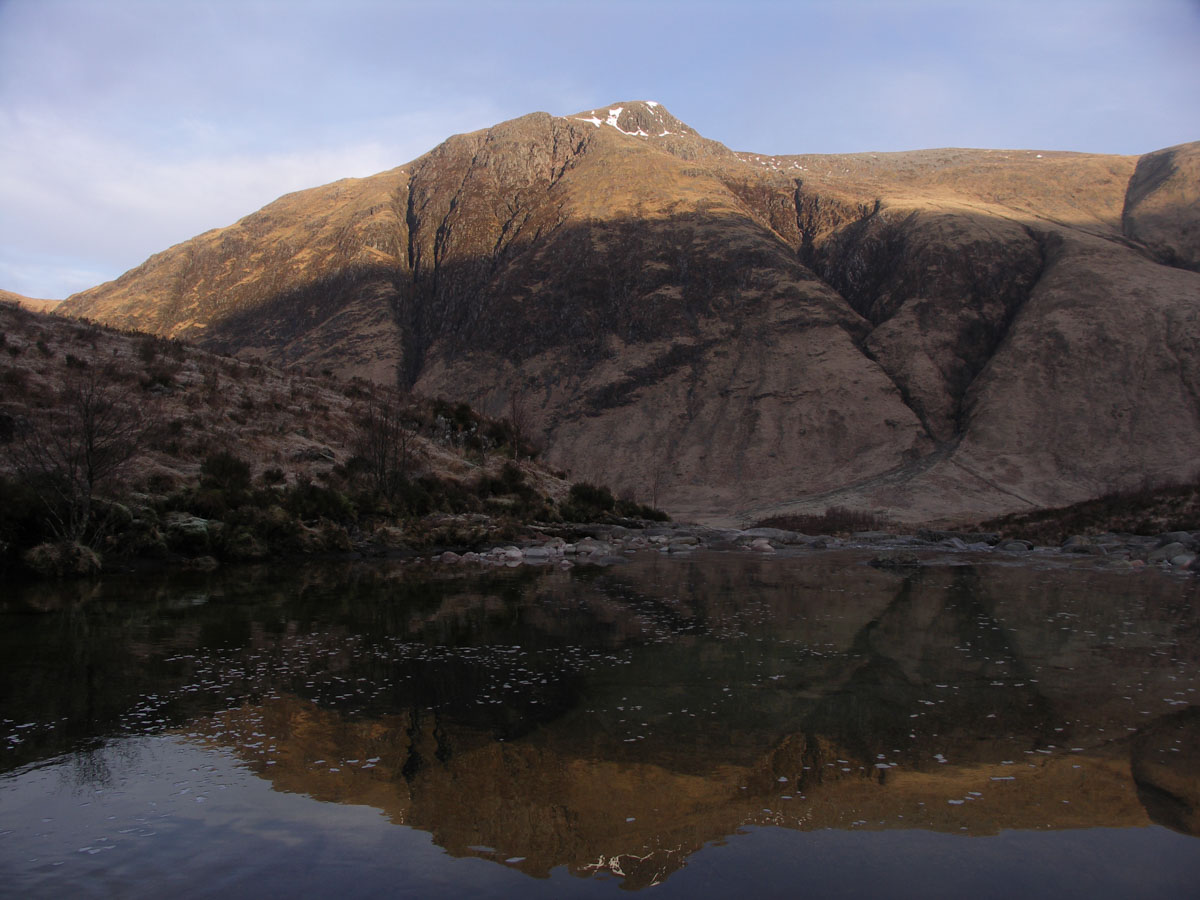 An Grianan of Beinn Ceitlein certainly catches the attention.

H in Coire Guibhasan An Grianan behind: 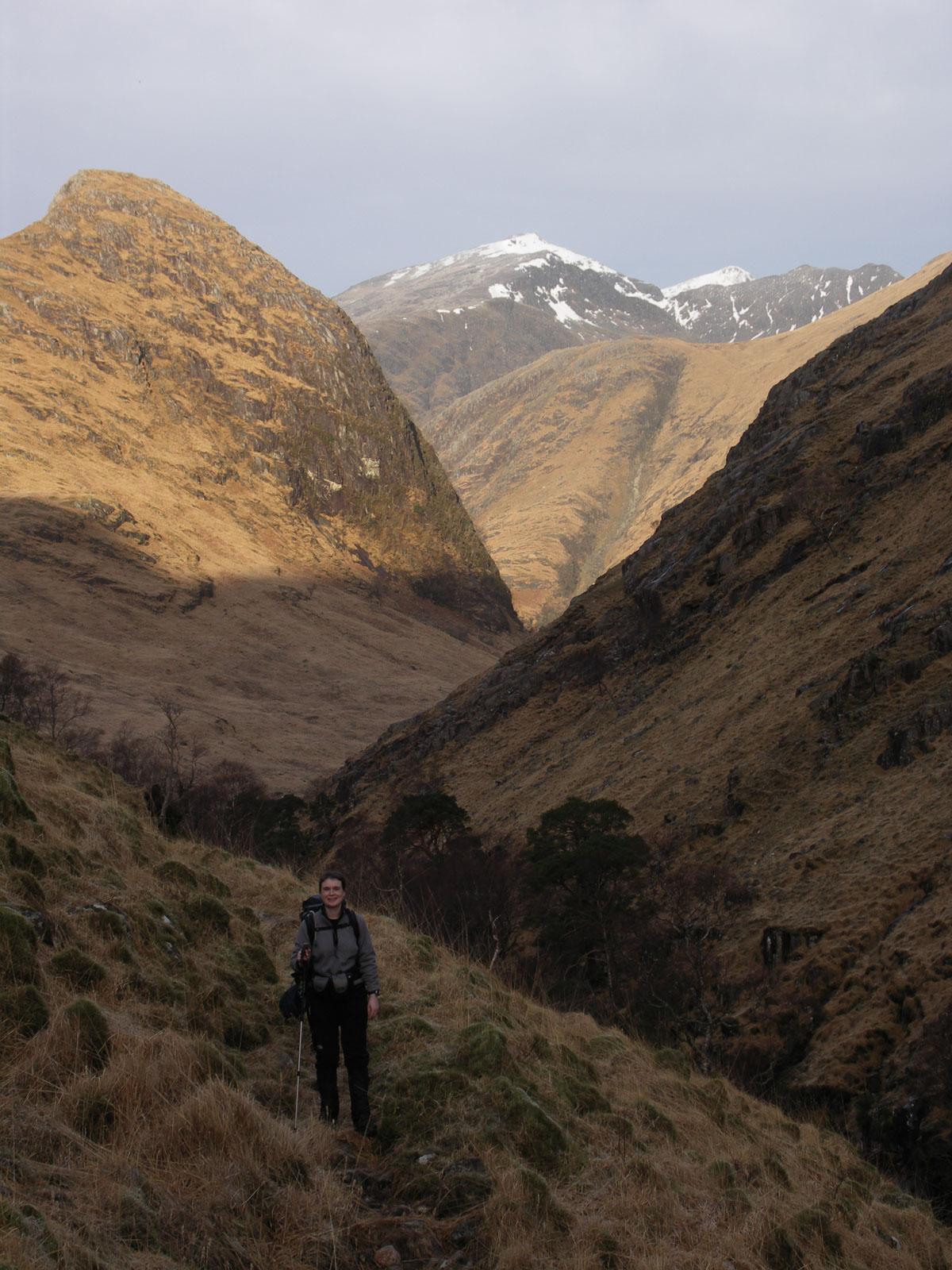 From here it was a steep climb up 400m before the angle eases onto the gentler rising top few hundred metres of the Corbett.

By this point there are more open views SW towards Ben Starav.

H on climb Ben Starav back 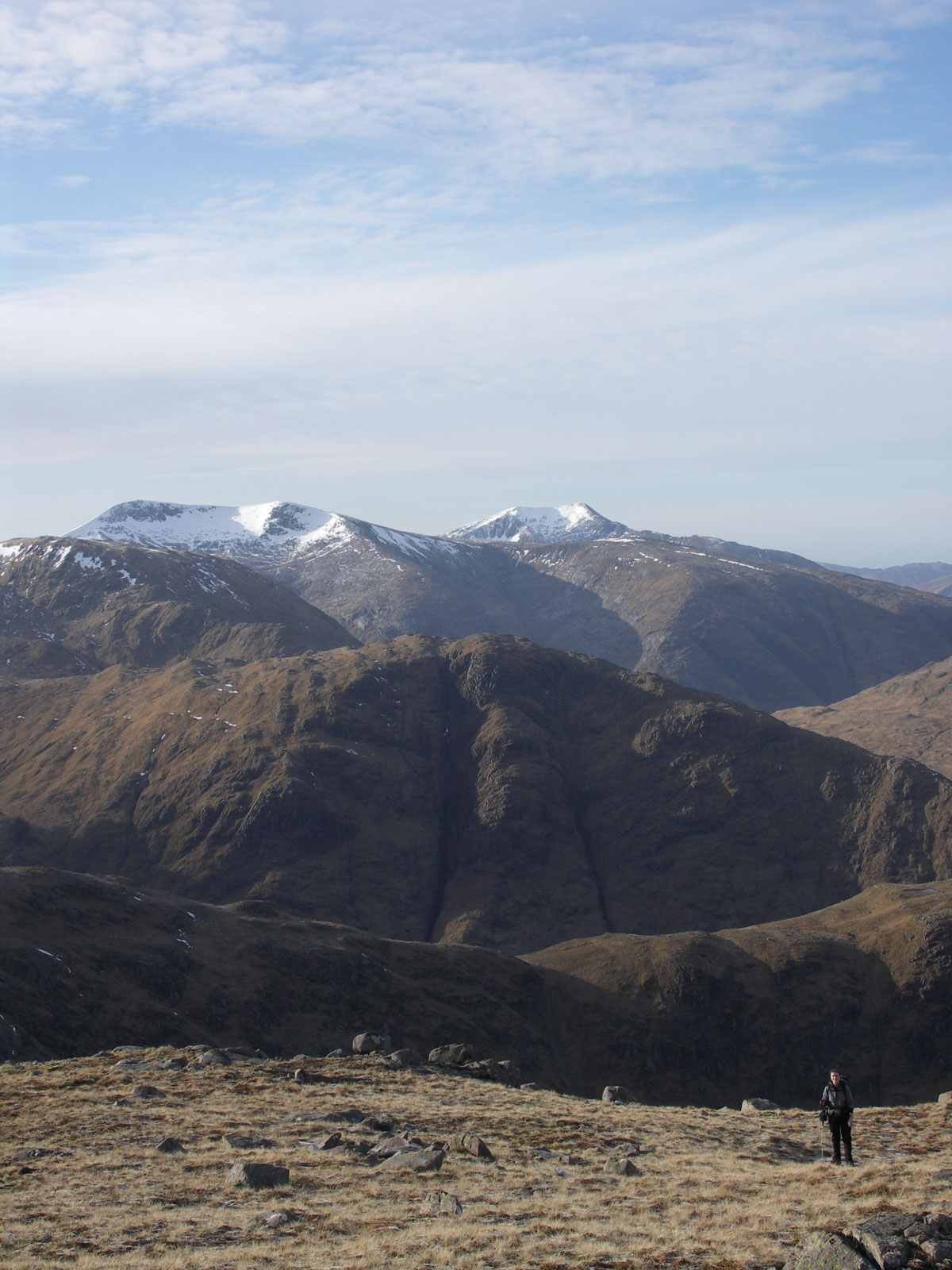 To the west Bidean nam Bian is the highest of the hills on view. For mid-February there wasn’t much snow – Stob Dubh of the Wee Bookil was essentially bare. 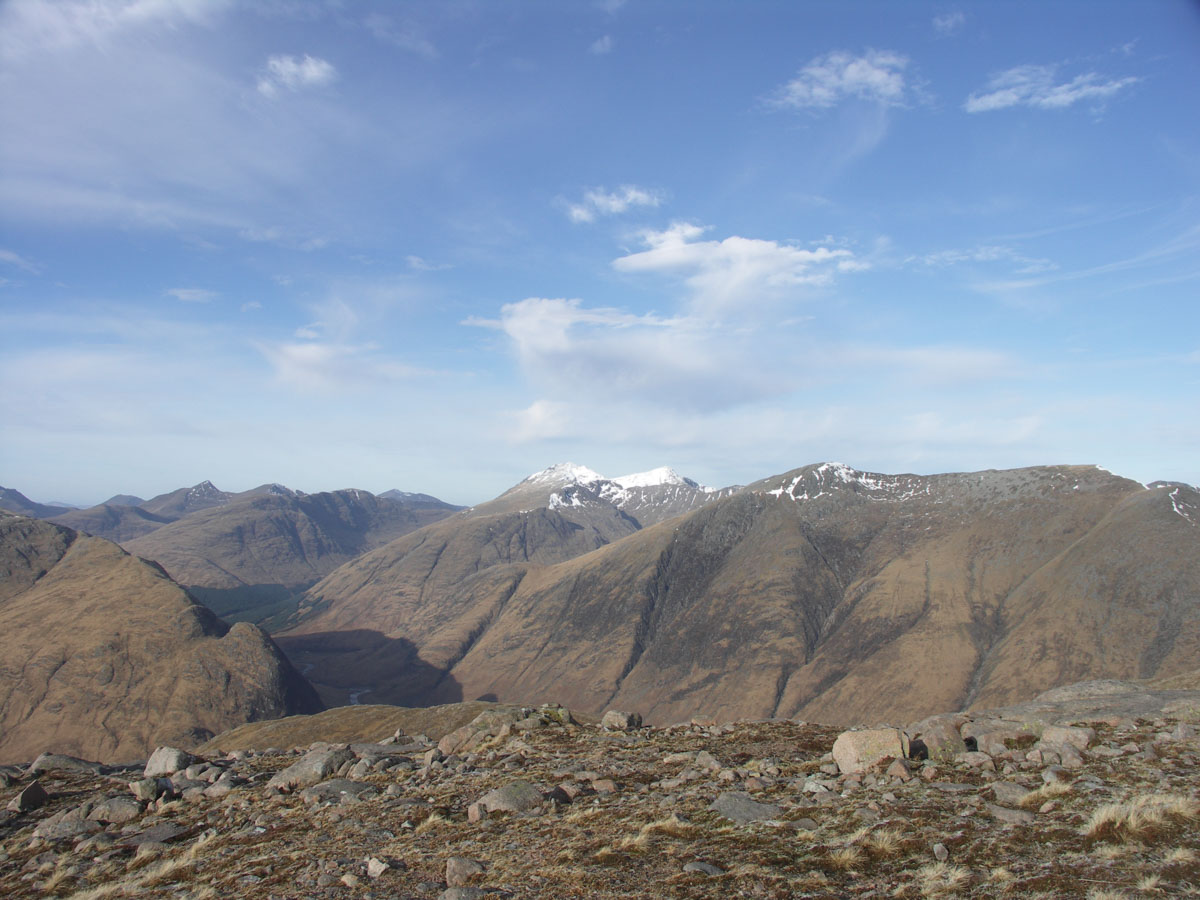 I’m sure there were more than a few happy souls enjoying the little snow on offer over on Bidean. 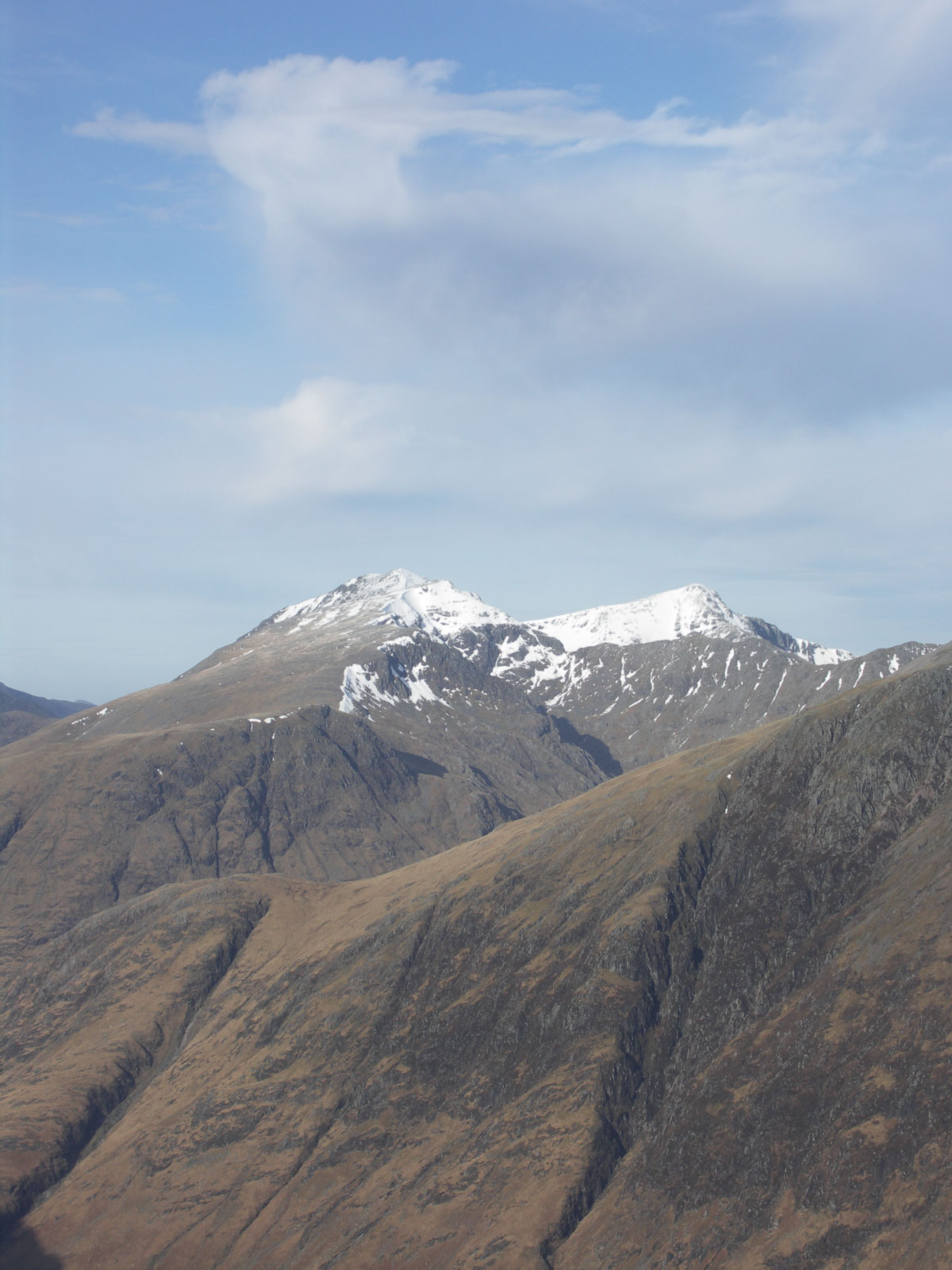 For us, a short day means not bothering to hurry – lots of time to enjoy the views. 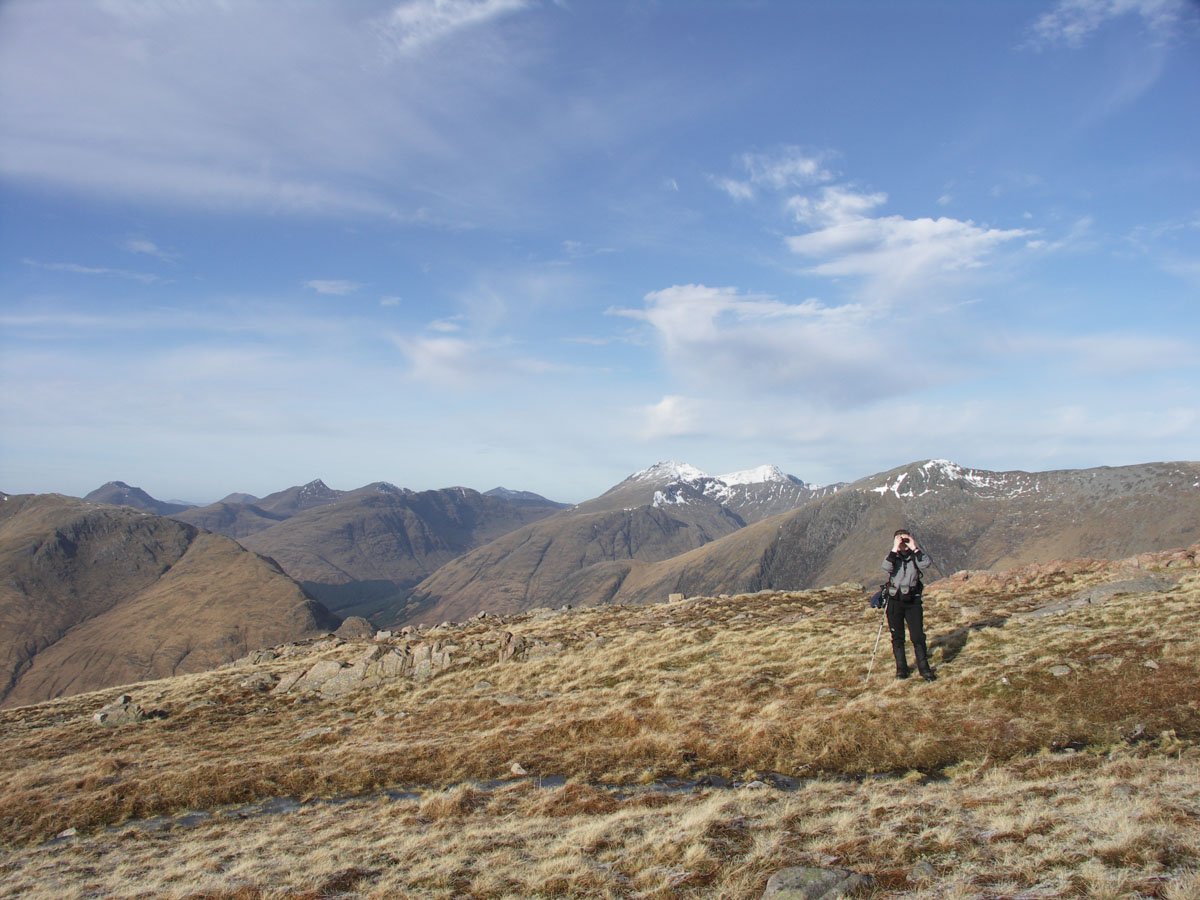 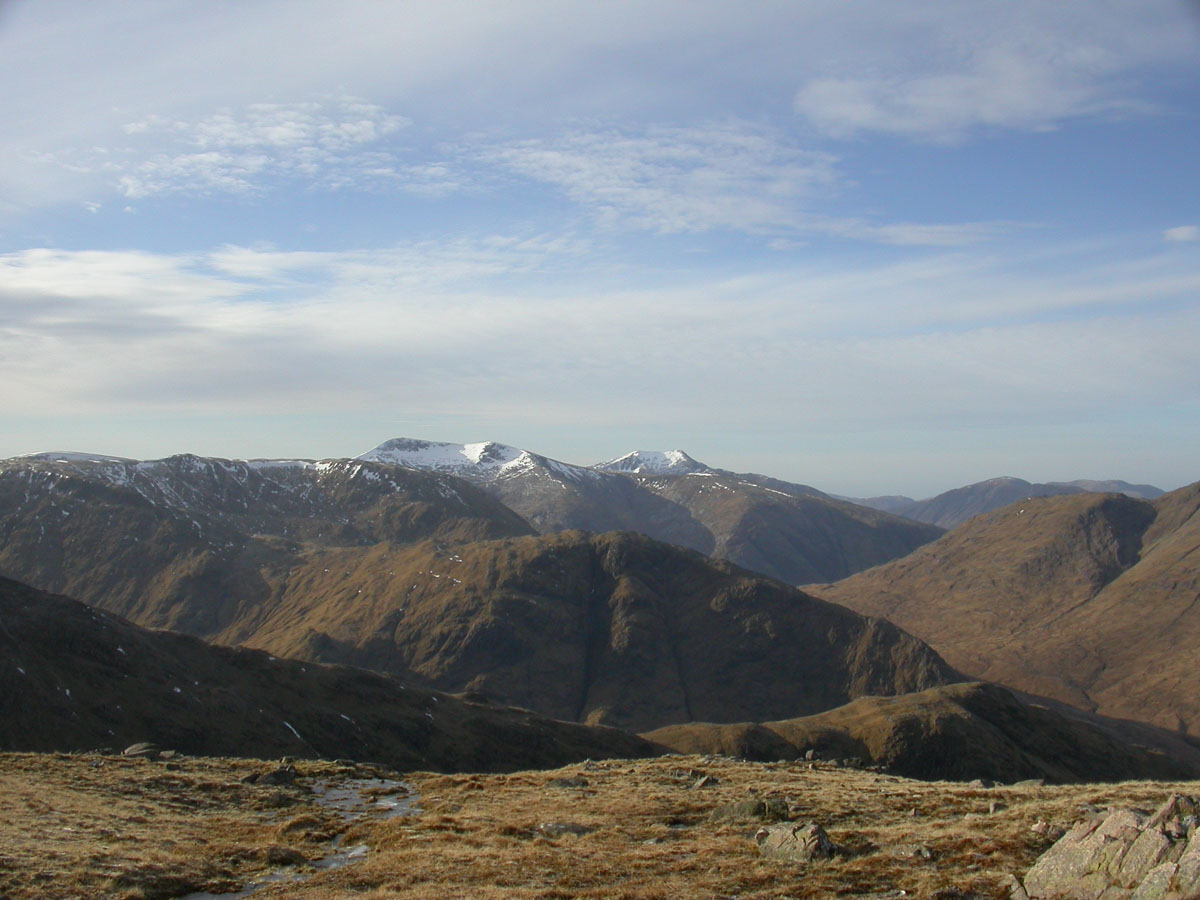 Due south from us Stob Ghabhar looked a lot higher. We noted the Aonach Mor ridge connecting to the Munro from our side for future reference. 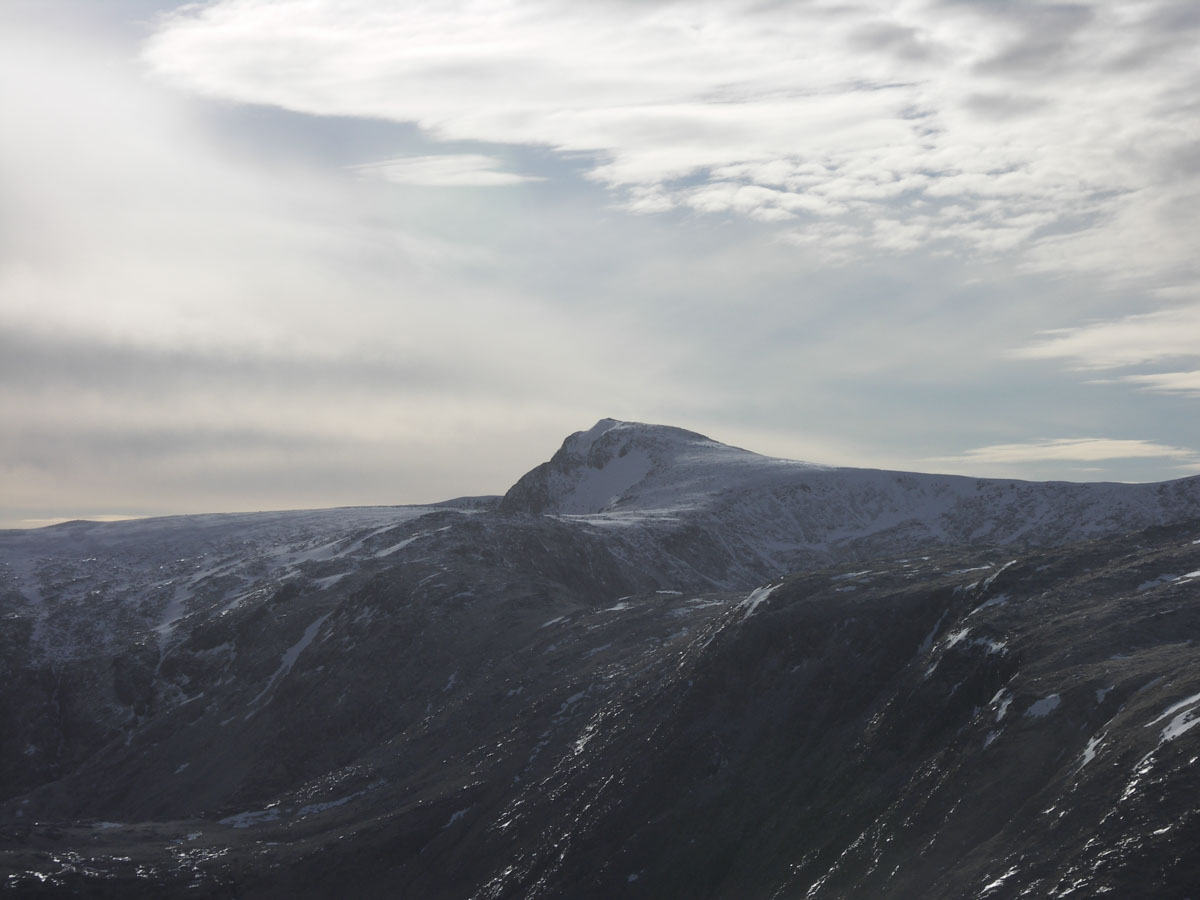 The summit area is quite flat – would make a decent pitch site, although views are a little constrained by the lower height of this hill. 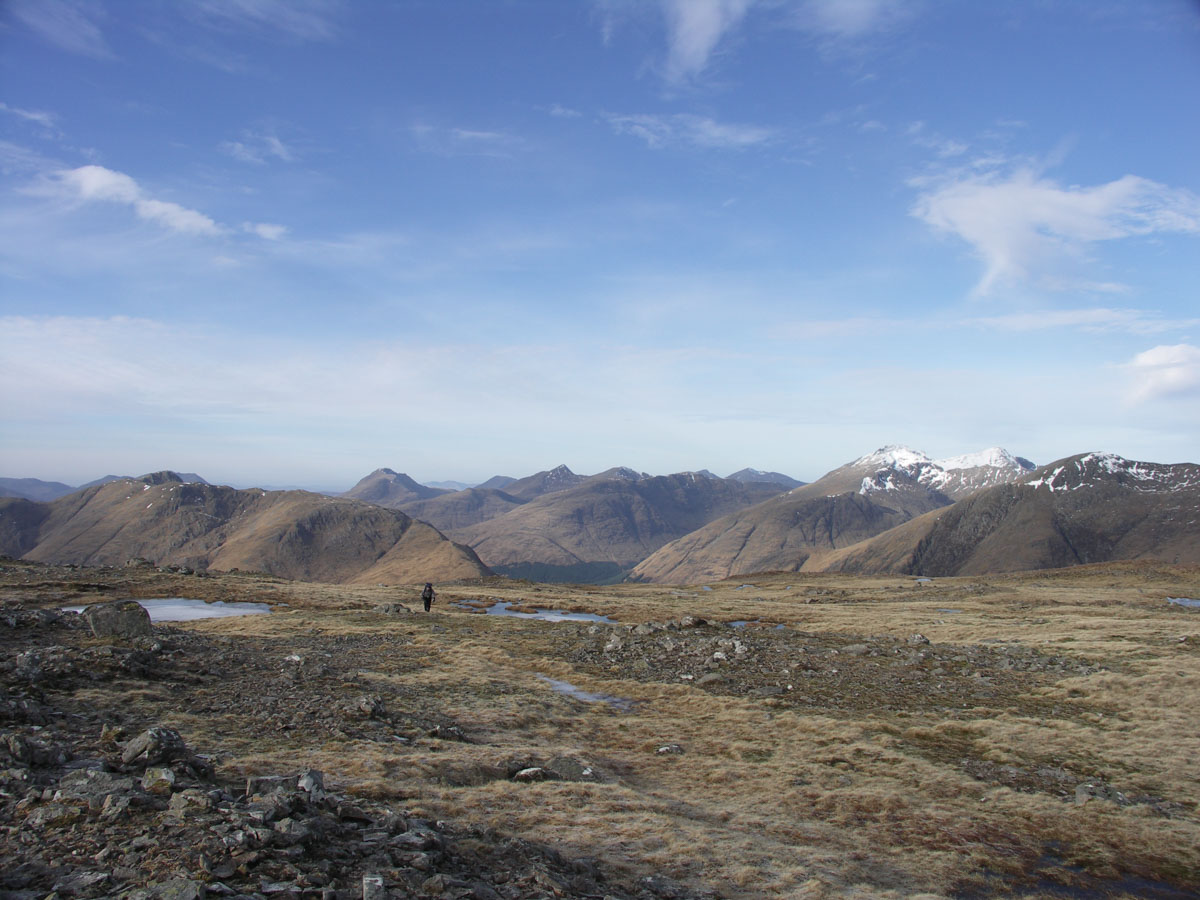 Out to the NE the Easains were peeking up over Beinn a Chrualaiste. 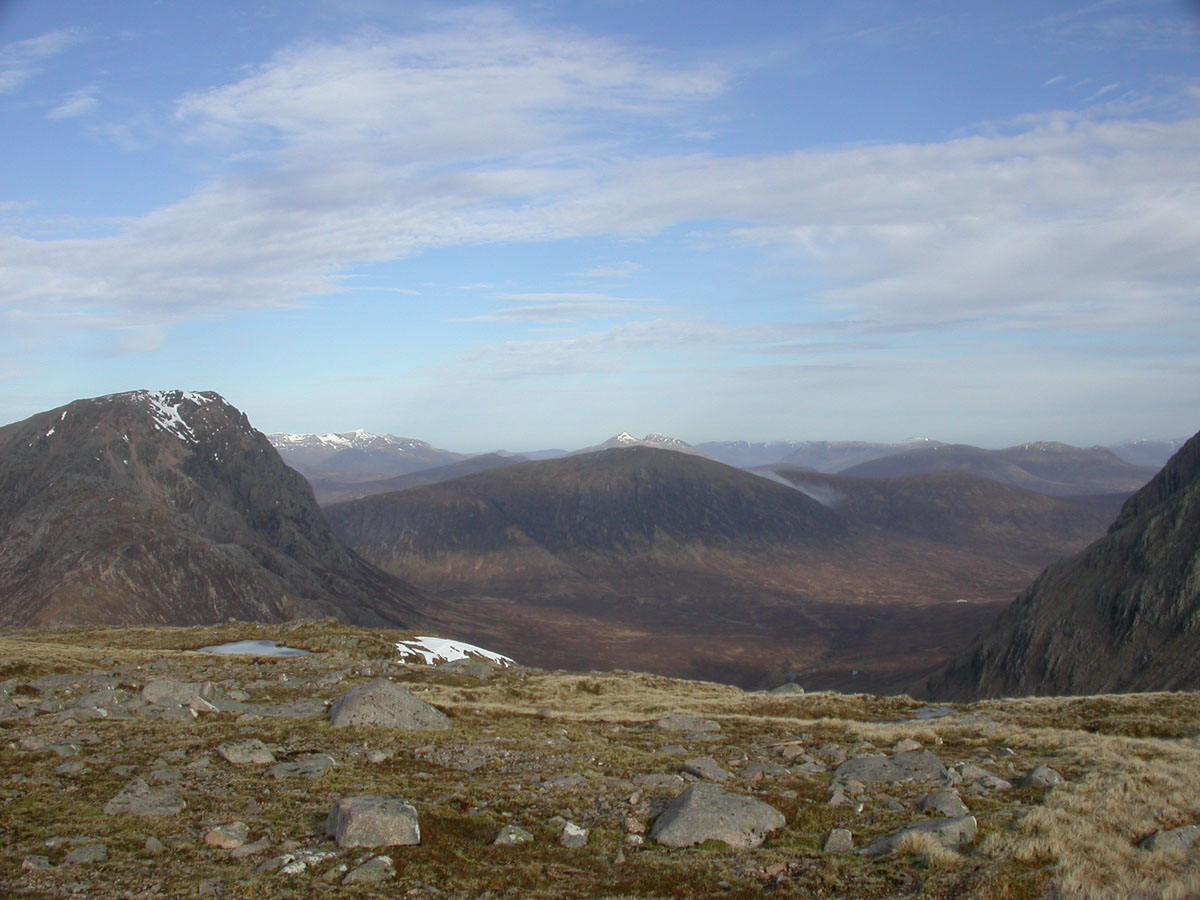 The view of Stob Dearg isn’t quite as good as from Beinn a Chrualaiste, although in winter more of the Alpenglow would be visible from Beinn Mhic Chasgaig. 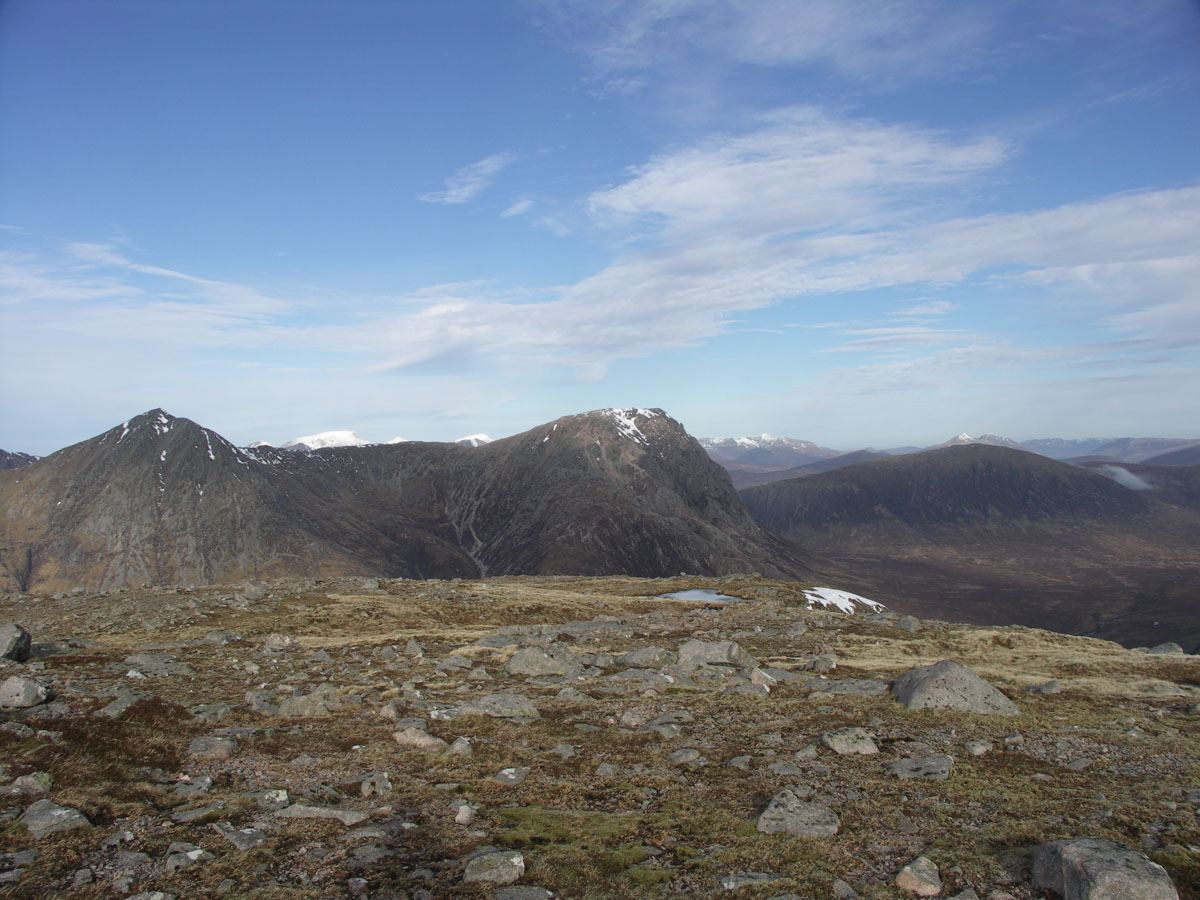 Dossed around on the summit for a while, absorbing the vistas, and then headed back down by the route of ascent. A bit icy here and there, albeit snow-free. 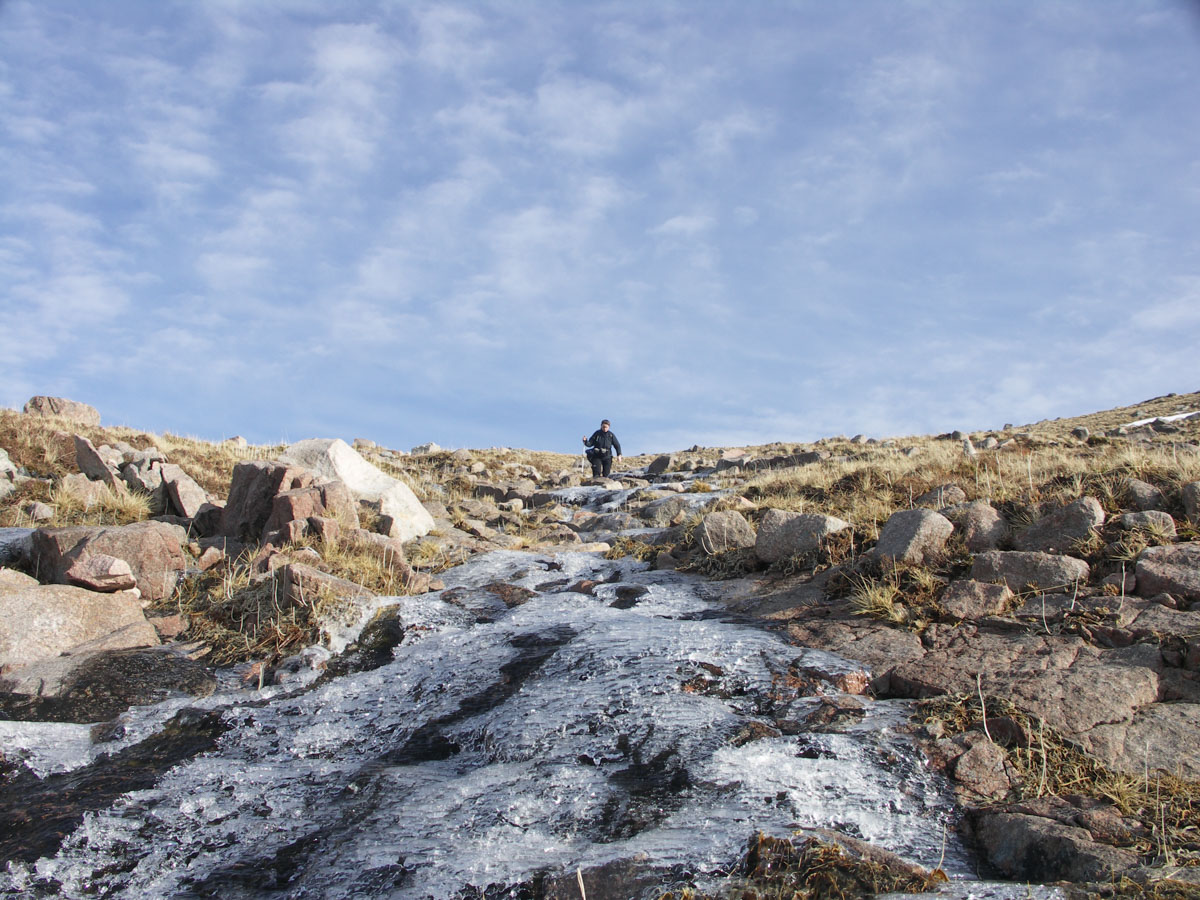 The foreground from the return down Coire Guibhasan had a bit more sun lighting it. 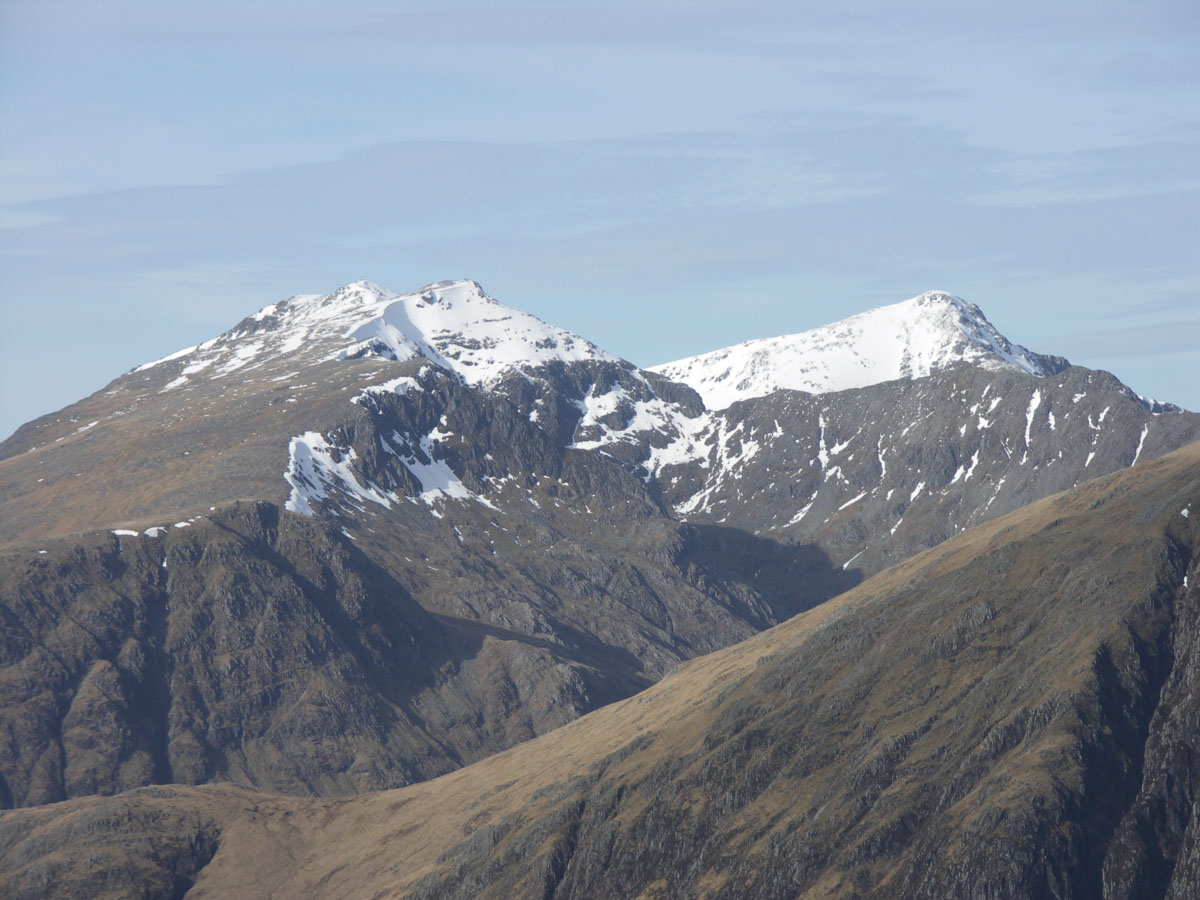 An Grianan was definitely a lasting impression – would finally get up this a couple of years later.

An Grianan from return 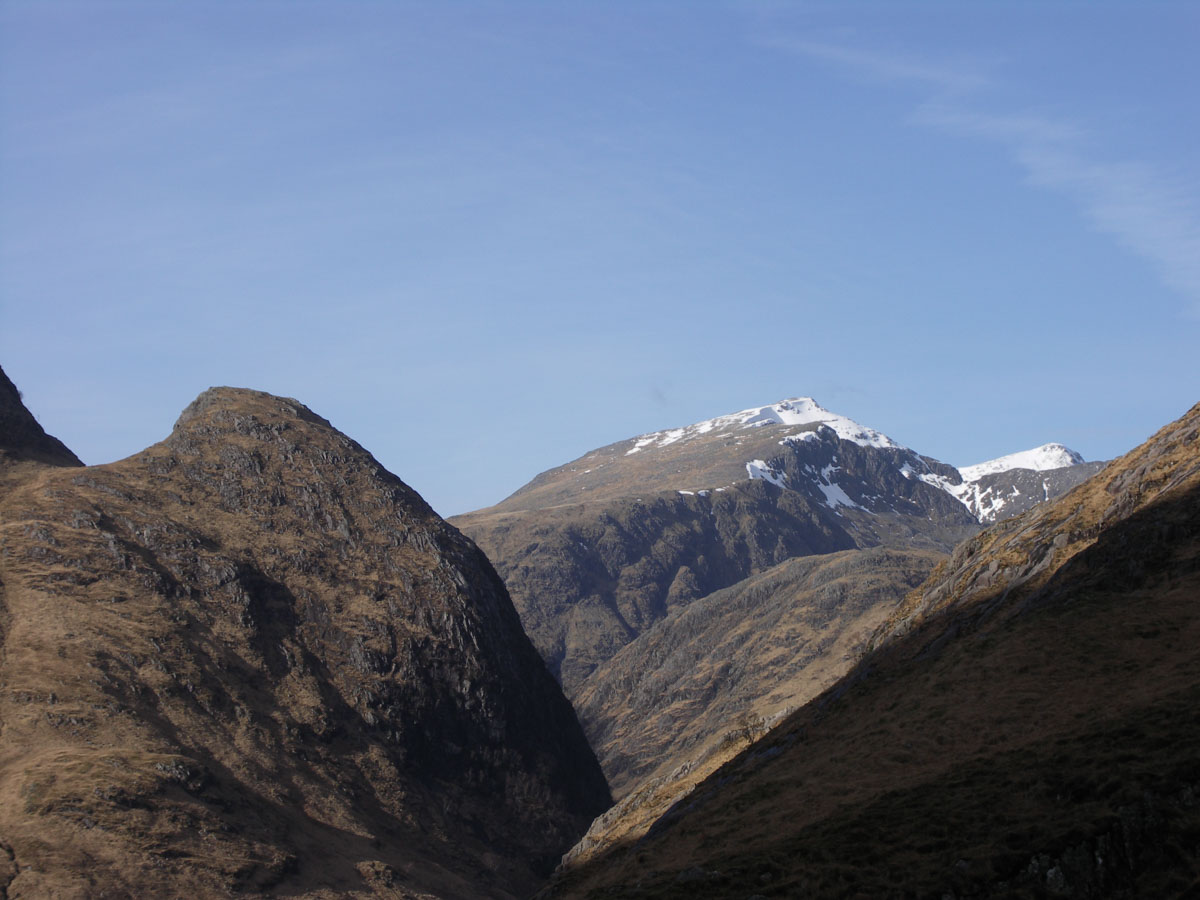 Back down to Allt Chaorrun, the sheer face of Beinn Mhic Chasgaig hangs above the glen. 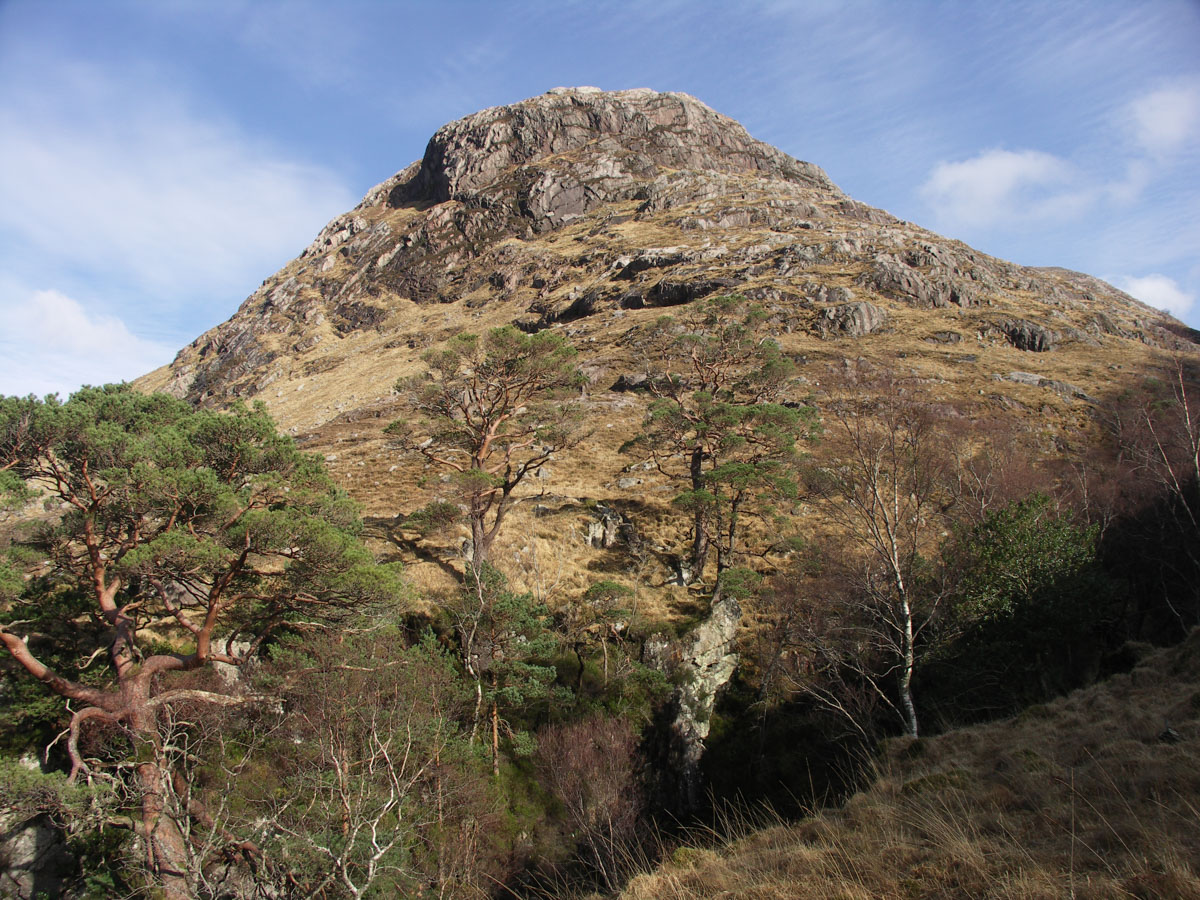 Back to the car and back down the road. Have had a route over this Corbett and up to Clach Leathad in the books ever since, thus far unutilised.