Don’t know how many of you use the SMC Munros Guide but I’d guess a fair number have one. Thought I should report this overnight into Fisherfield to praise this trio (Beinn Tarsuinn, Mullach Coire Mhic Fhearchair and Sgurr Ban) given the real downer the SMC imparts in its description (“tedious walking”, “less majestic” etc). I can’t (yet) comment on a comparison with A’Mhaighdean but these have phenomenal views compared to much of Scotland.

Left Inverness relatively early, the new Achnasheen road certainly speeds things up. Parked up at Incheril on a stunning day with great views to Beinn Eighe. 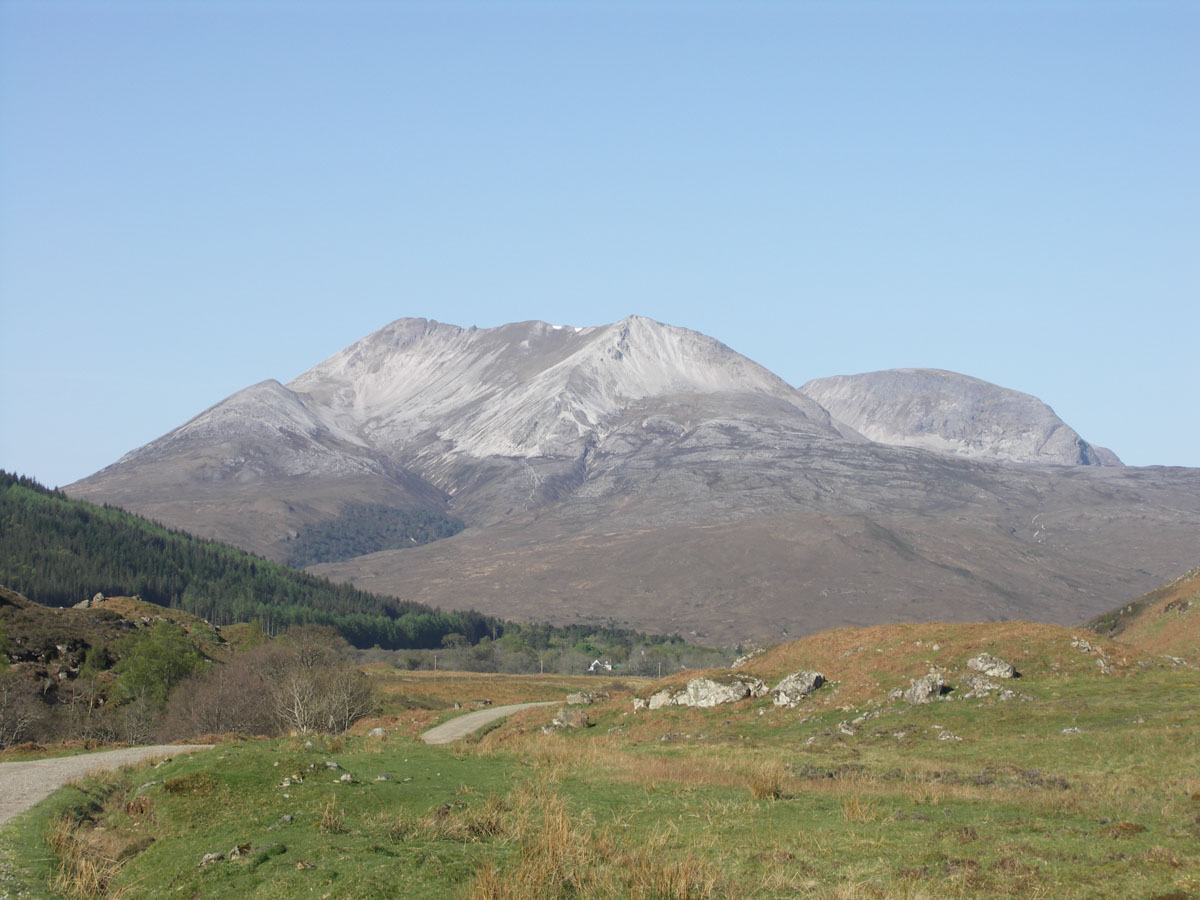 Beautiful walk in to Heights of Kinlochewe and then N up Gleann Na Muice to Lochan Fada (6km long so don’t know why it’s a lochan). Great views of Slioch from here.

Dropped the big packs at Sithean Biorach overlooking the loch and then headed up above the cliff line of Creag Ghlas Bheag to Meall Garbh, contouring round to the bealach and then on up Beinn Tarsuinn. The developing views of Slioch and the Fannaichs were stunning.
From the summit there were great views of Lochan Fada, the whole Fisherfield group and An Teallach. 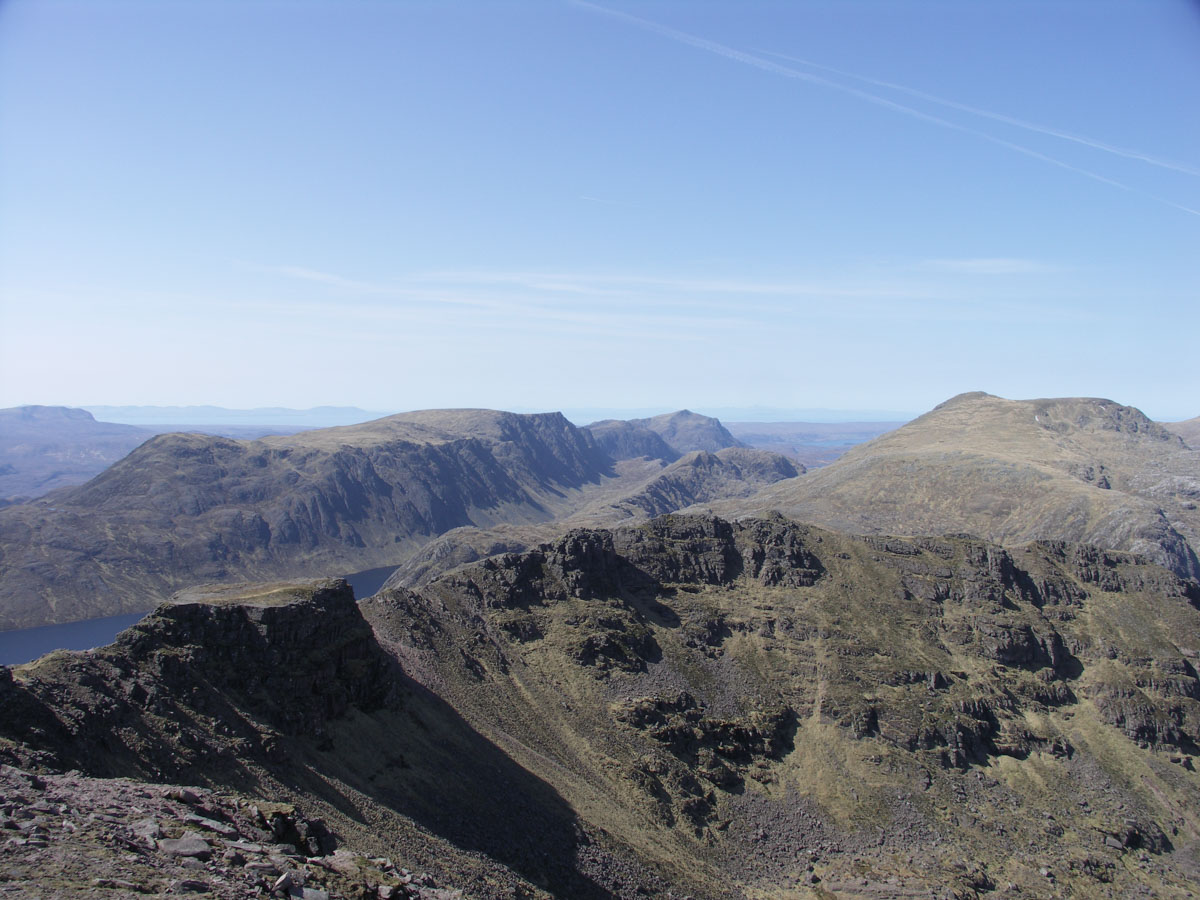 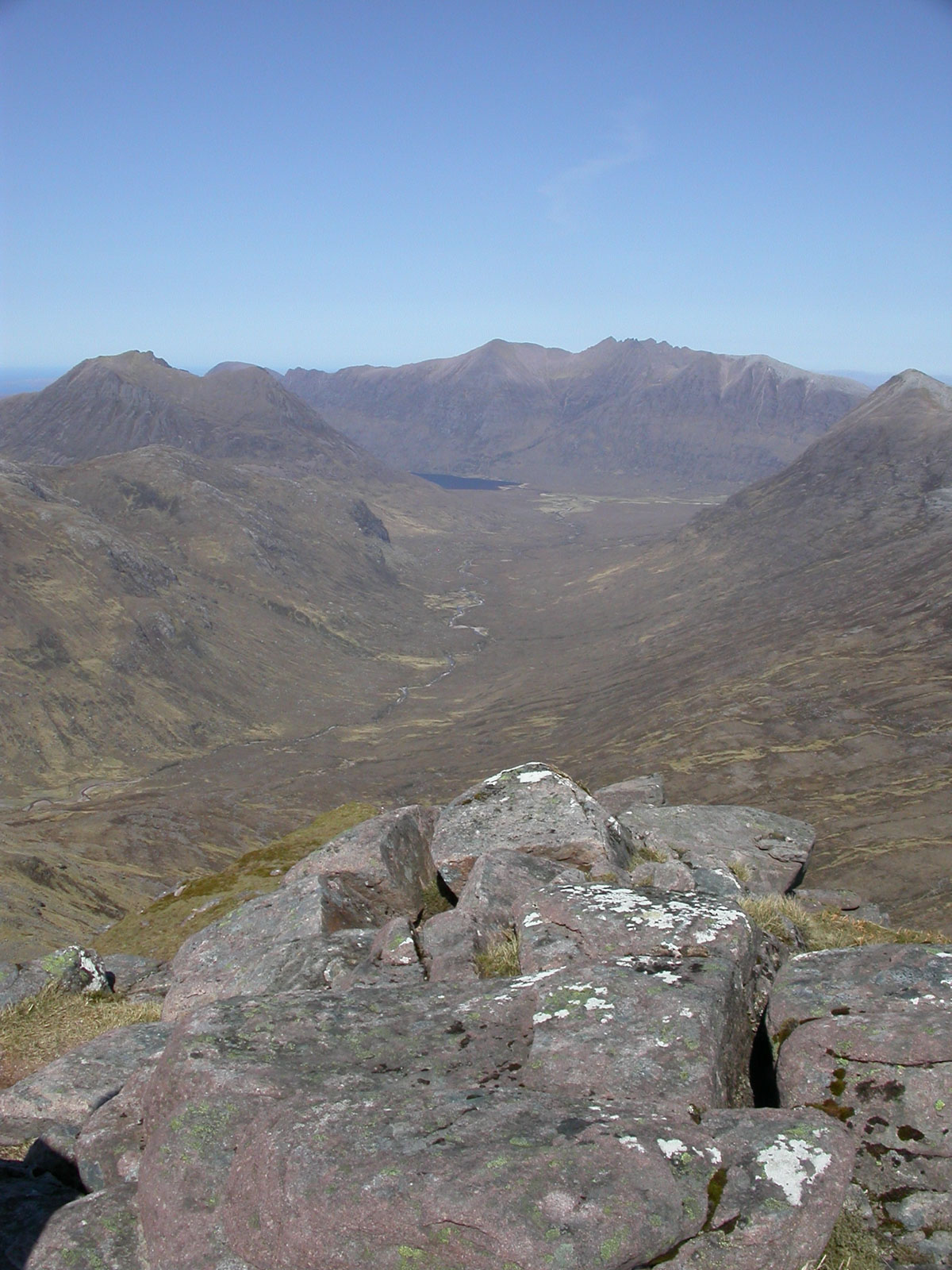 Frankly I took so many photos I feared even the 4GB card might burst.

Descended back down , there’s a small path on the N side of Meall Garbh and then a climb up Mullach Mhic Coire Fhearchair. This hill is topped with Quartzite scree but there’s no trickiness in the dry although the N descent is steep towards the base.

Easy climb up Sgurr Ban which has the best views to An Teallach and Beinn Dearg Mor (a stunning Corbett). 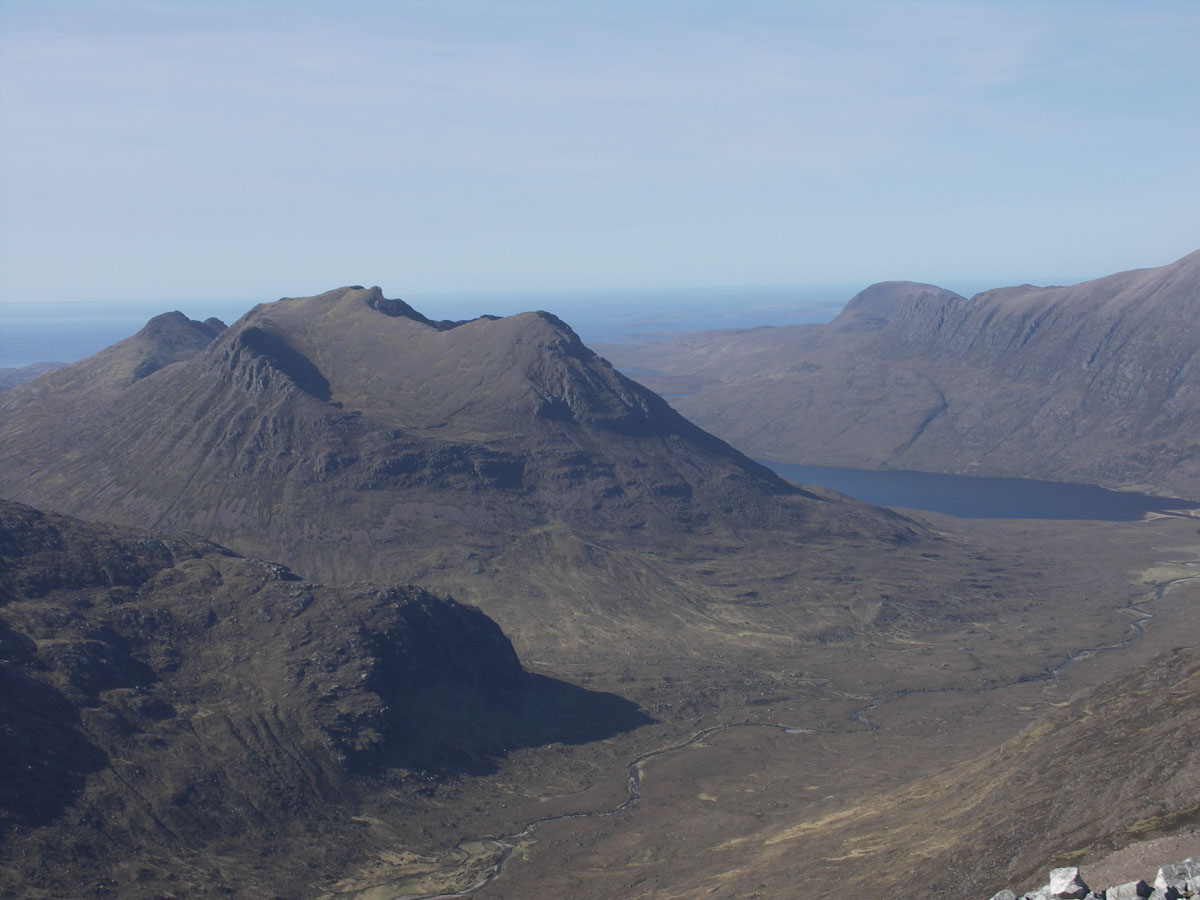 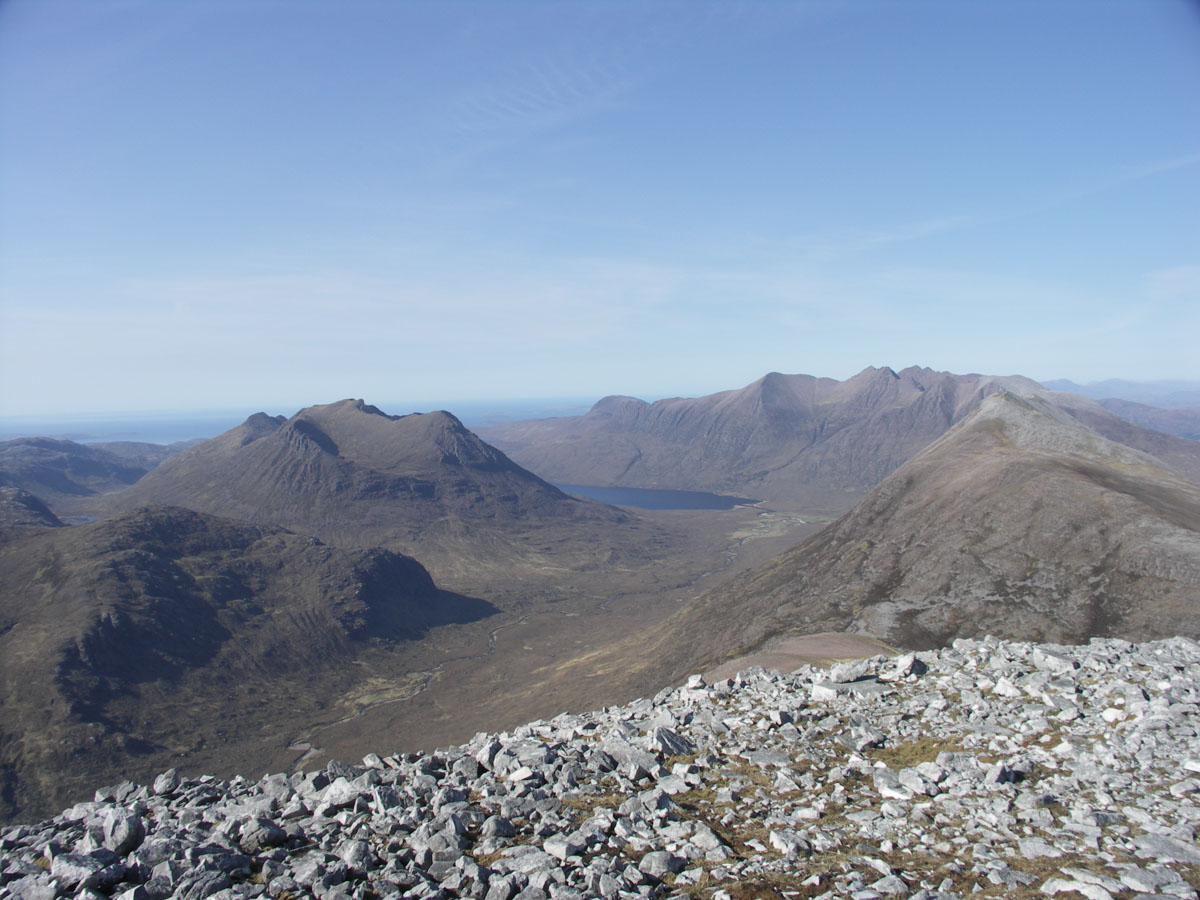 Turn for the tent, slog back over Mullach then we cut SE from the bealach with Meall Garbh into the Coire Mhic Fhearchair and back to the Sithean Biorach. 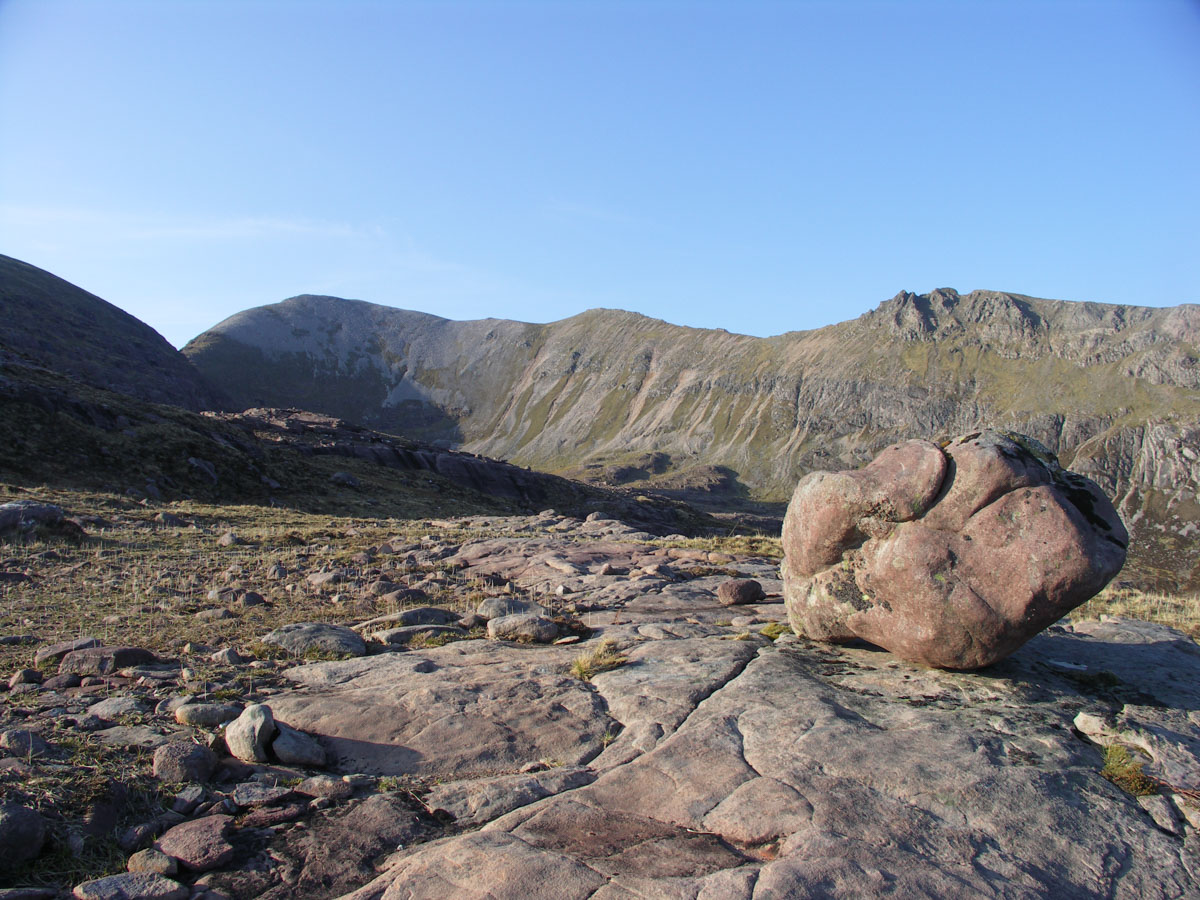 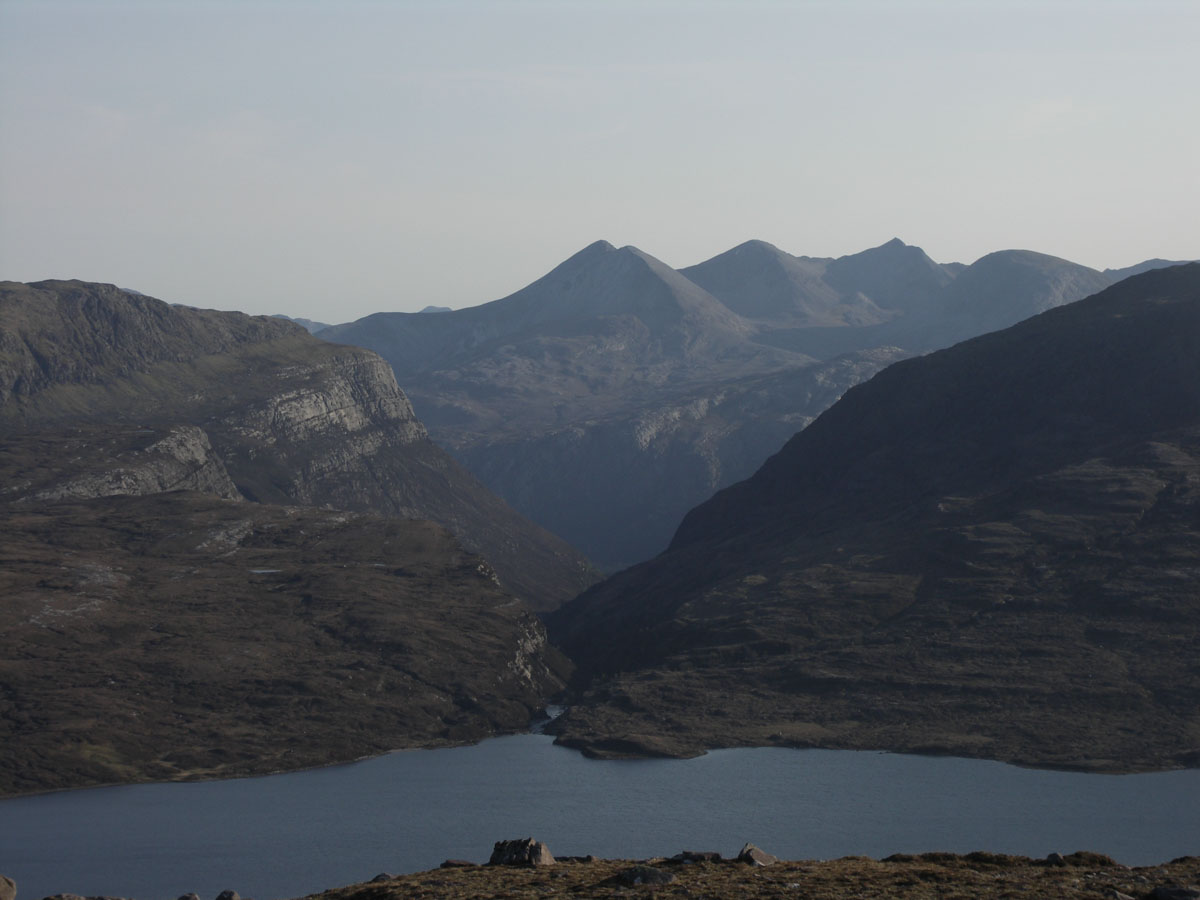 I’d love to claim I’d poured over maps and astronomy charts to set it up but we fluked the sun setting into the hill gap off Beinn Lair up Lochan Fada. 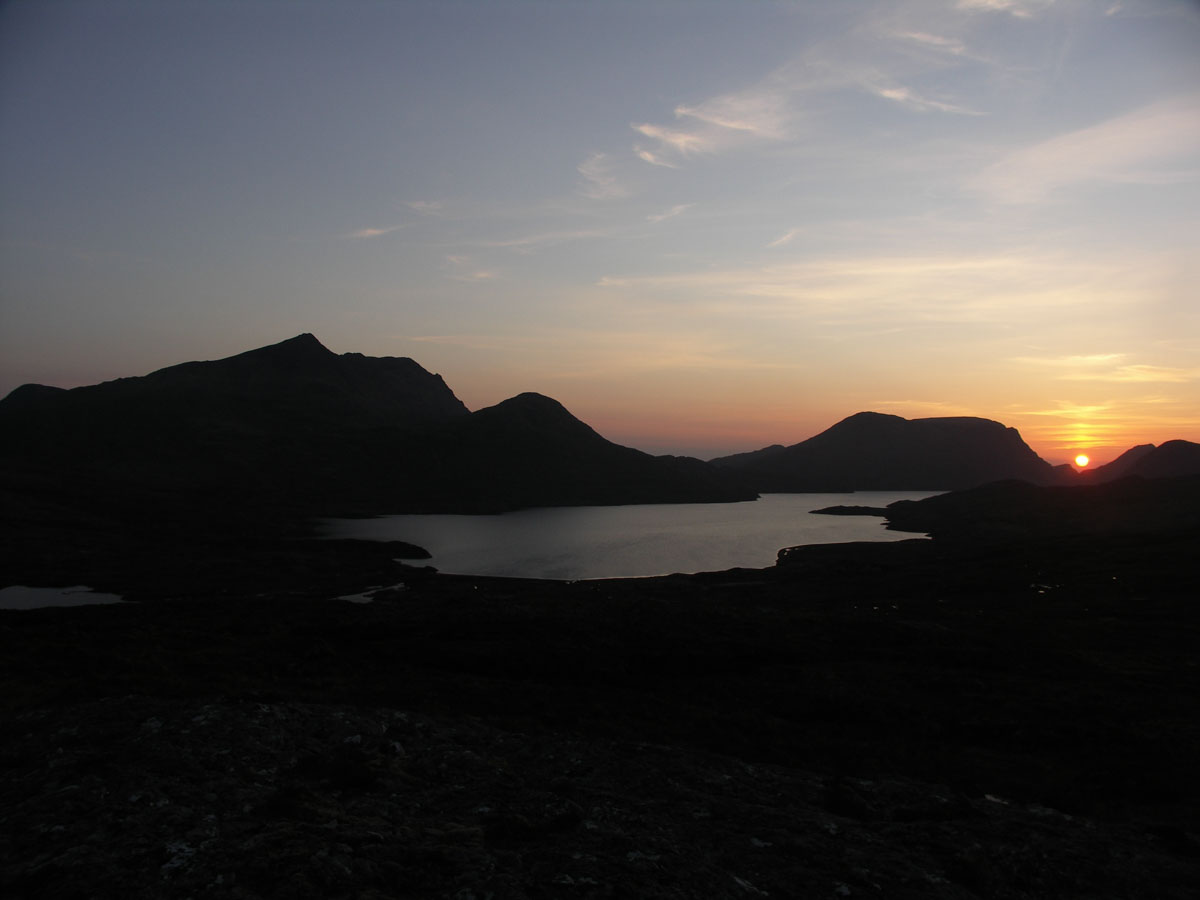 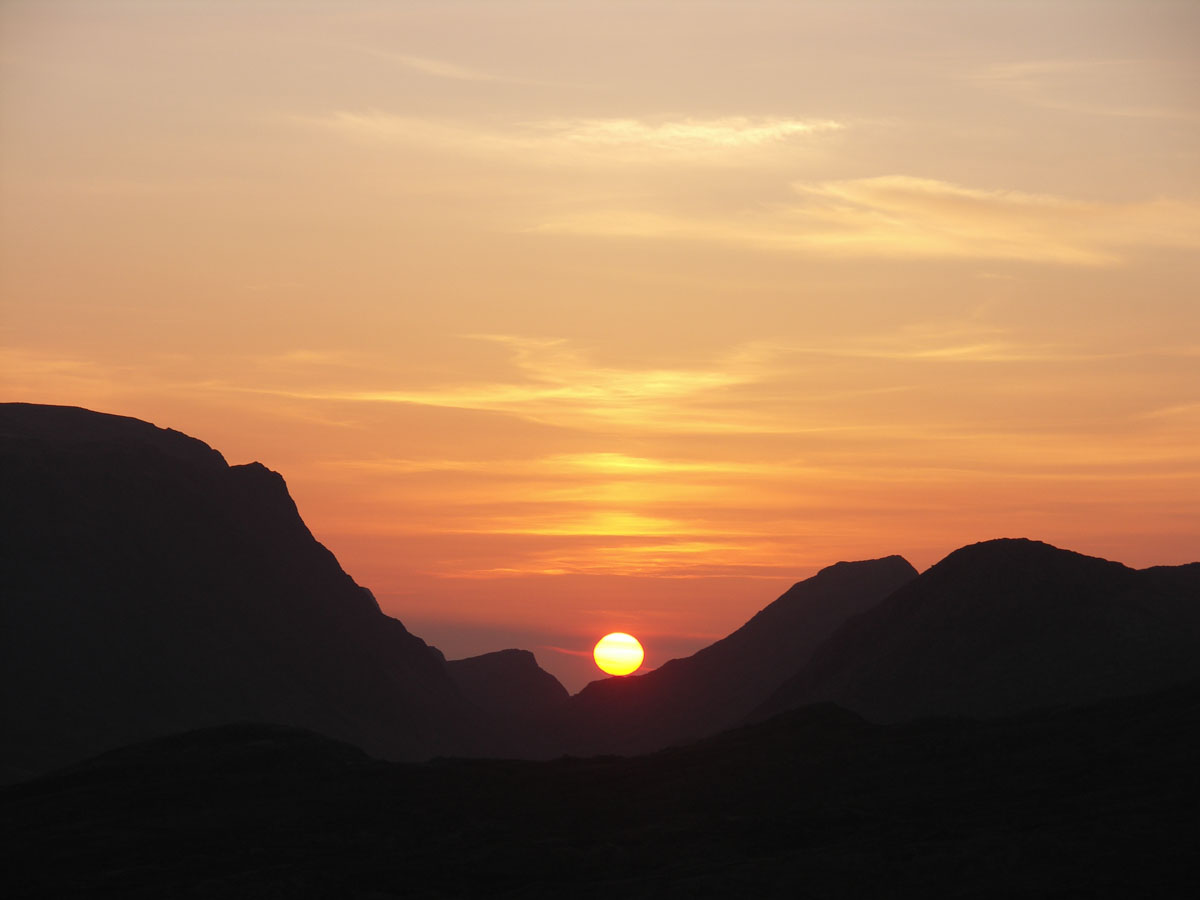 Retired for a Ti mug of Cab Sauv and then flaked out.

Slept through dawn and woke with sun on the tent. 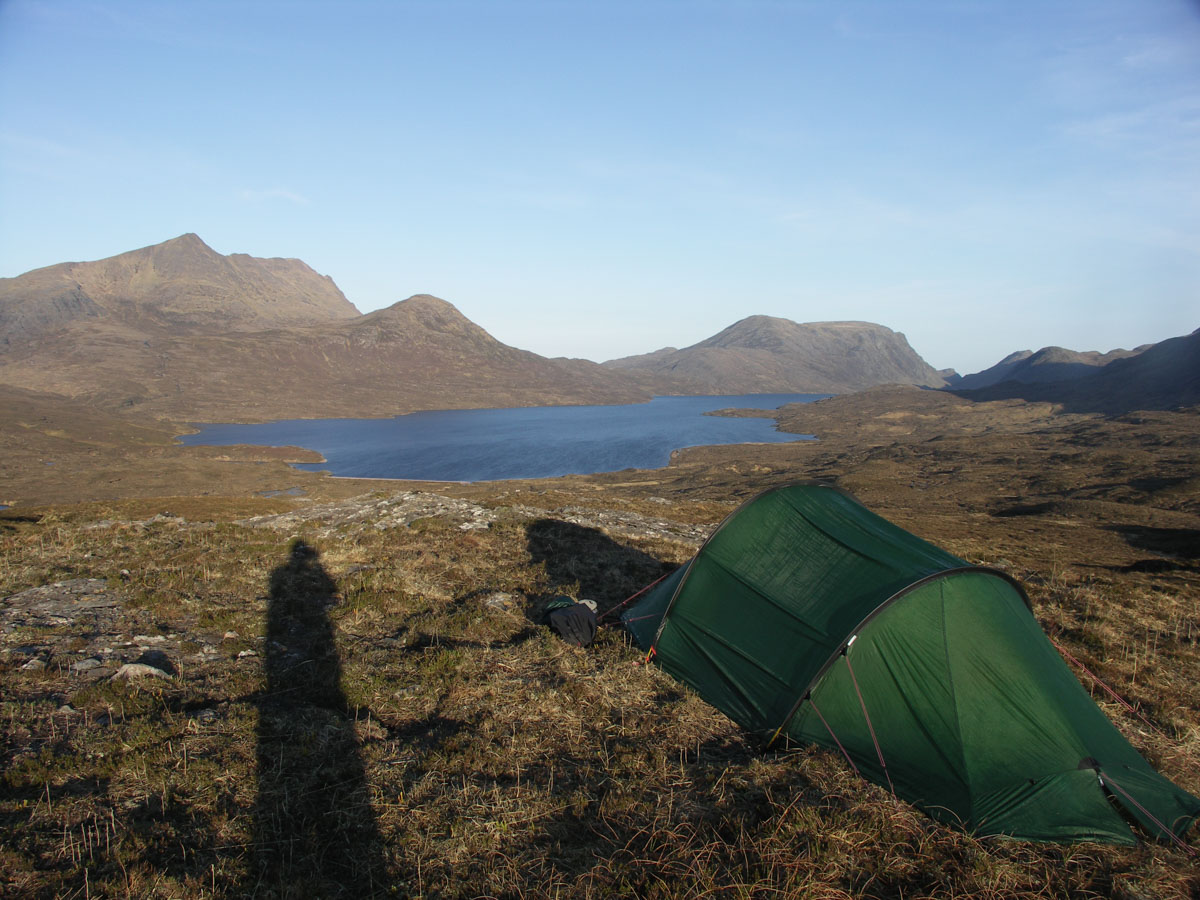 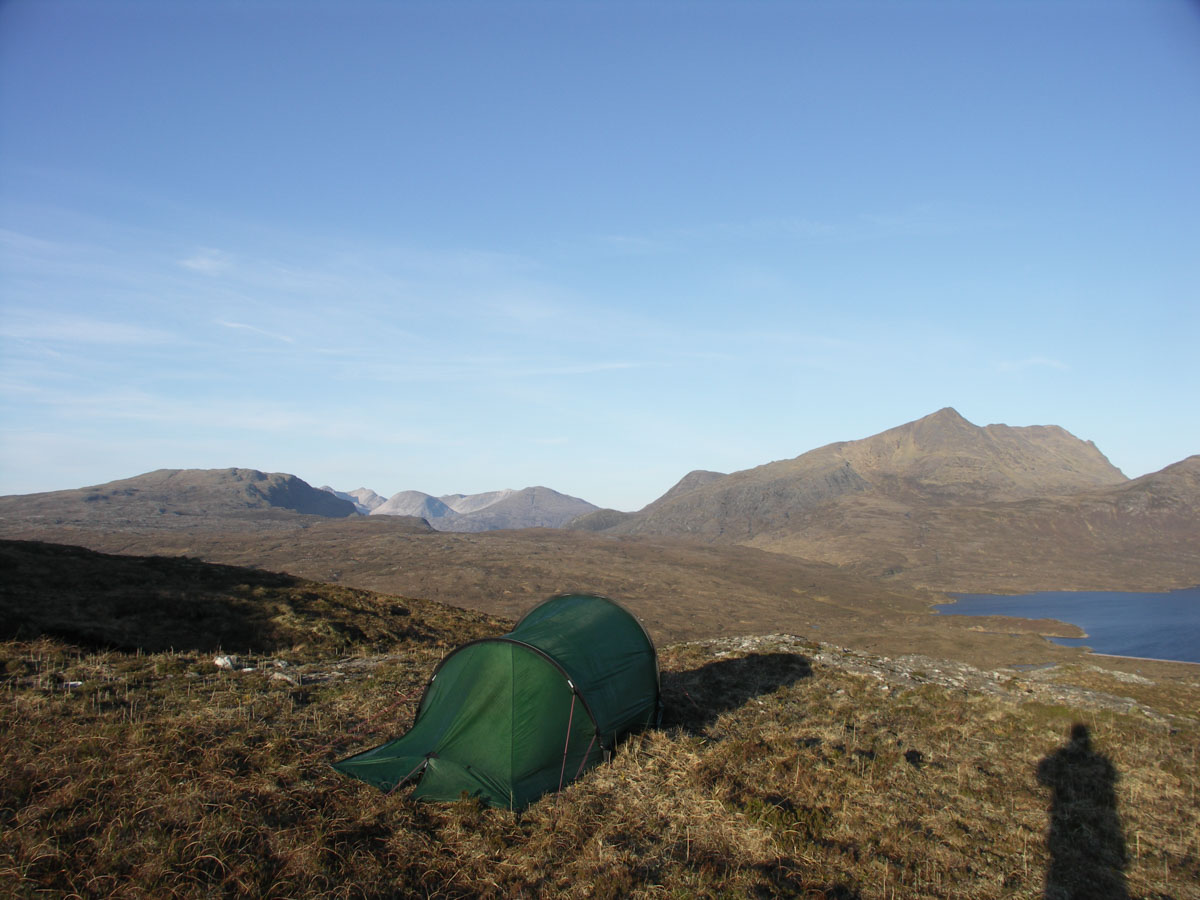 If anyone on this forum was with the 2 person group camping on Lochan Fada – that is the most lurid red jacket I’ve ever seen from 1km.

Decided with a lovely day to amble back through the glacial outflow chasm connecting Lochan Fada and Loch Maree. Great views to Beinn Eighe. 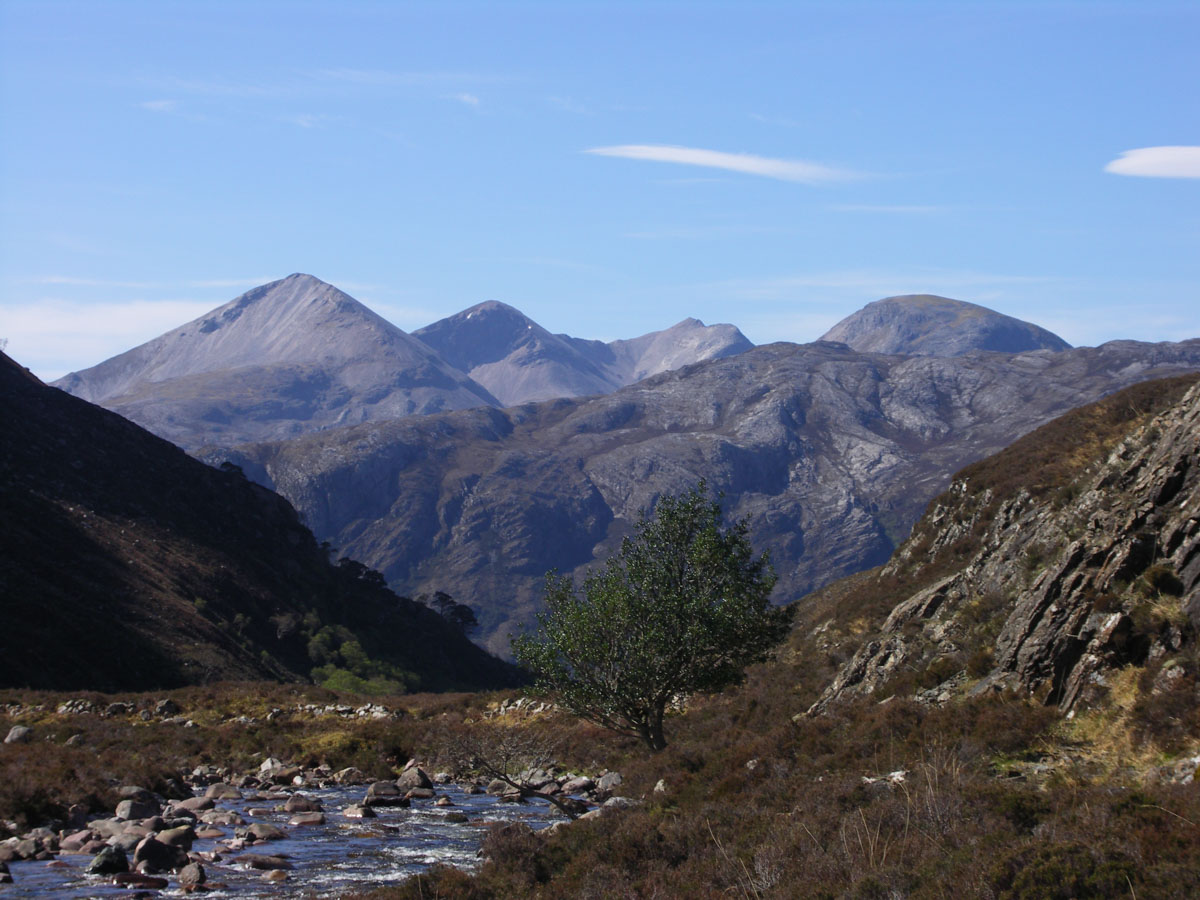 Not a bad track although not as fast progress as the track in. 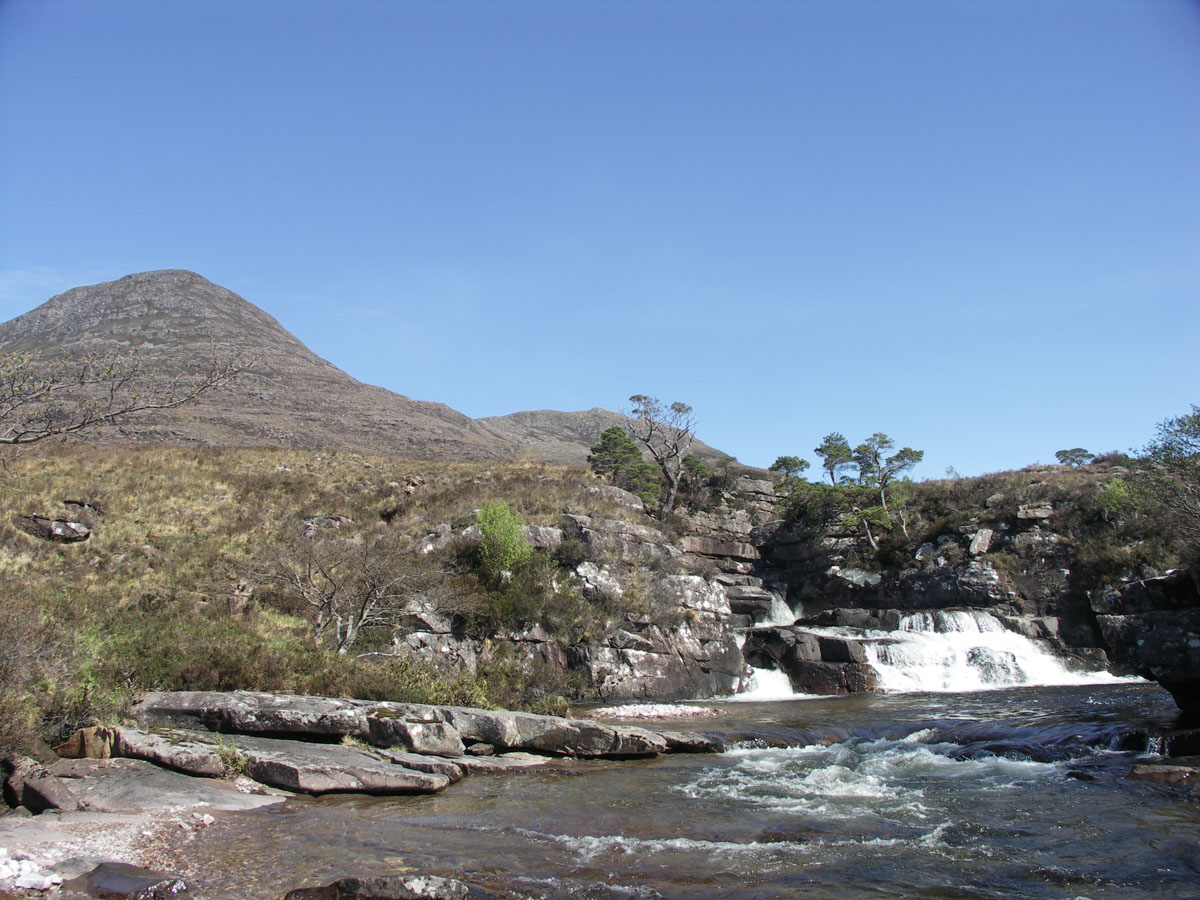 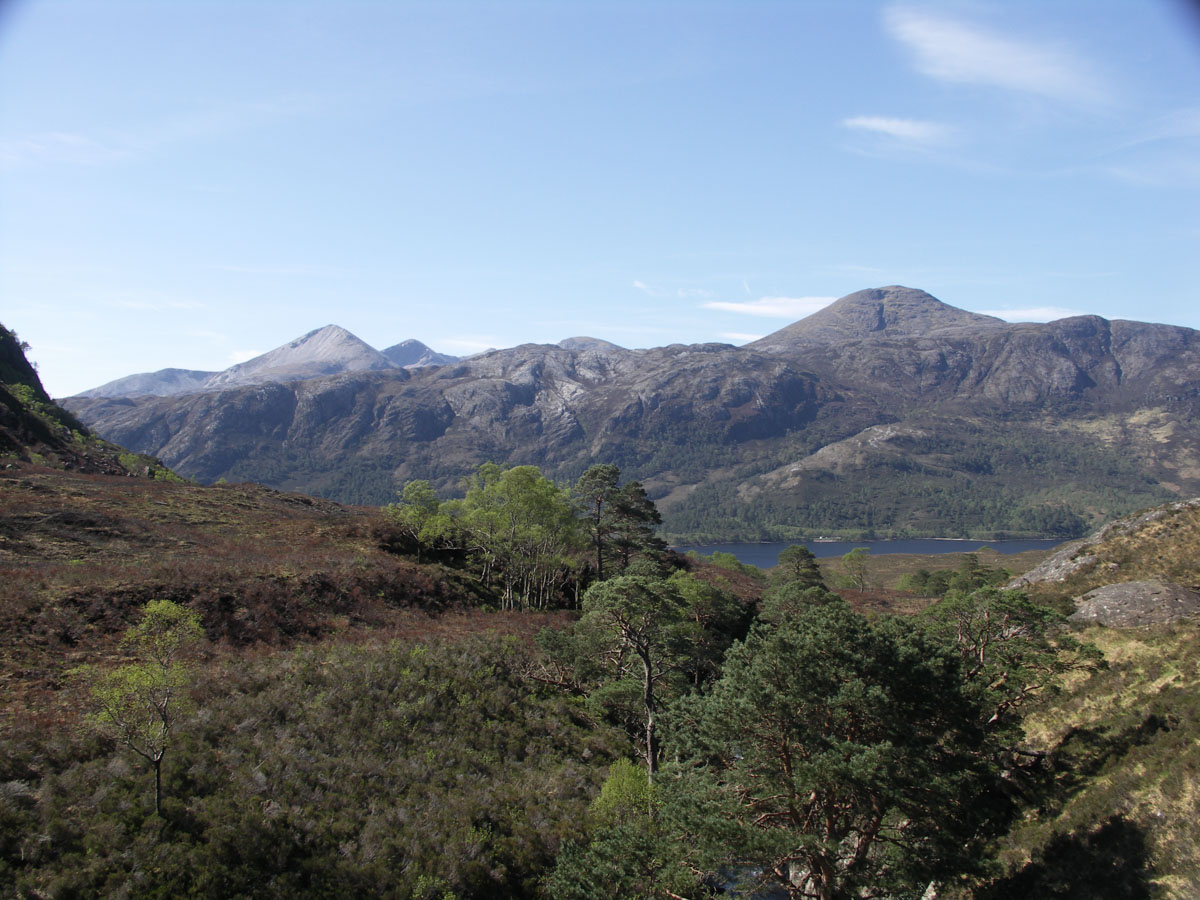 Slowed down all the way as frankly didn’t really want to get back to Incheril.

Anyway despite the SMC description I was not disappointed in any way. I guess if A’Mhaighdean is so much better it’s best to do these first so your jaws can drop twice.