A public holiday weekend – MWIS mentions summits above the cloud in the Cairngorms.

We have a favourite walk – out from the Cairngorm car park, over the 1083m point W of Cairn Lochain and out to Ben MacDui. Pretty much a bimble but with a high expectation of views and wildlife. Nice to have a walk in the park every now and again.

Headed out into the hill mist – ever hopeful of an inversion. 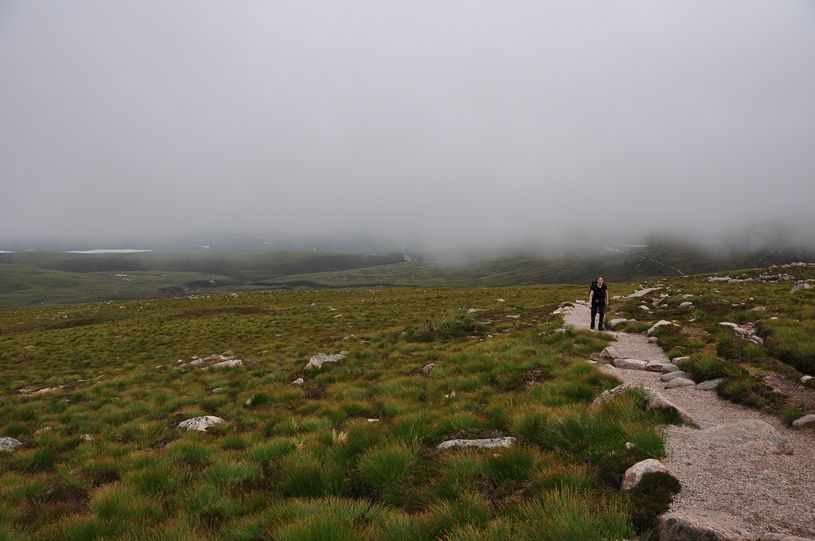 In proper inversions the sun appears about 70m below the cloud ceiling and a circle of blue sky expands over your head. No such luck – a messy pile of low bobbly cloud.

Still we did escape it by heading up Cairn Lochain. 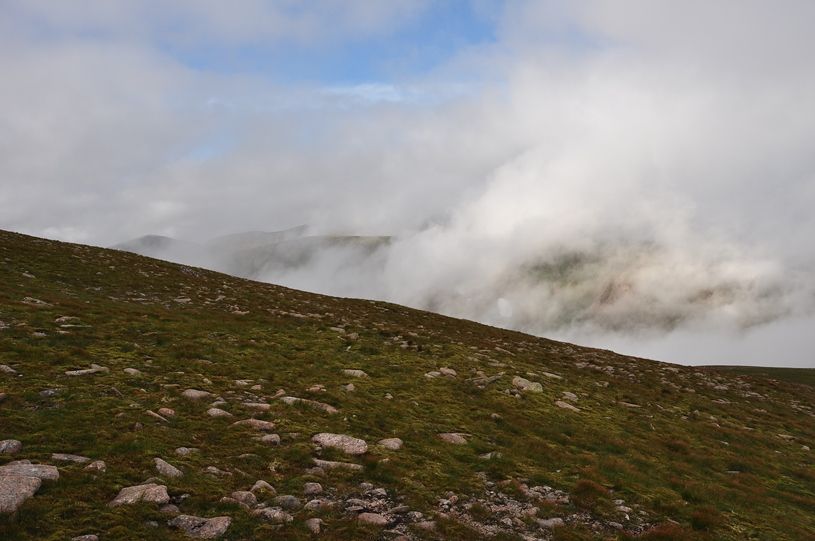 The reindeer herd is out here, some more Mephistophelian than others. 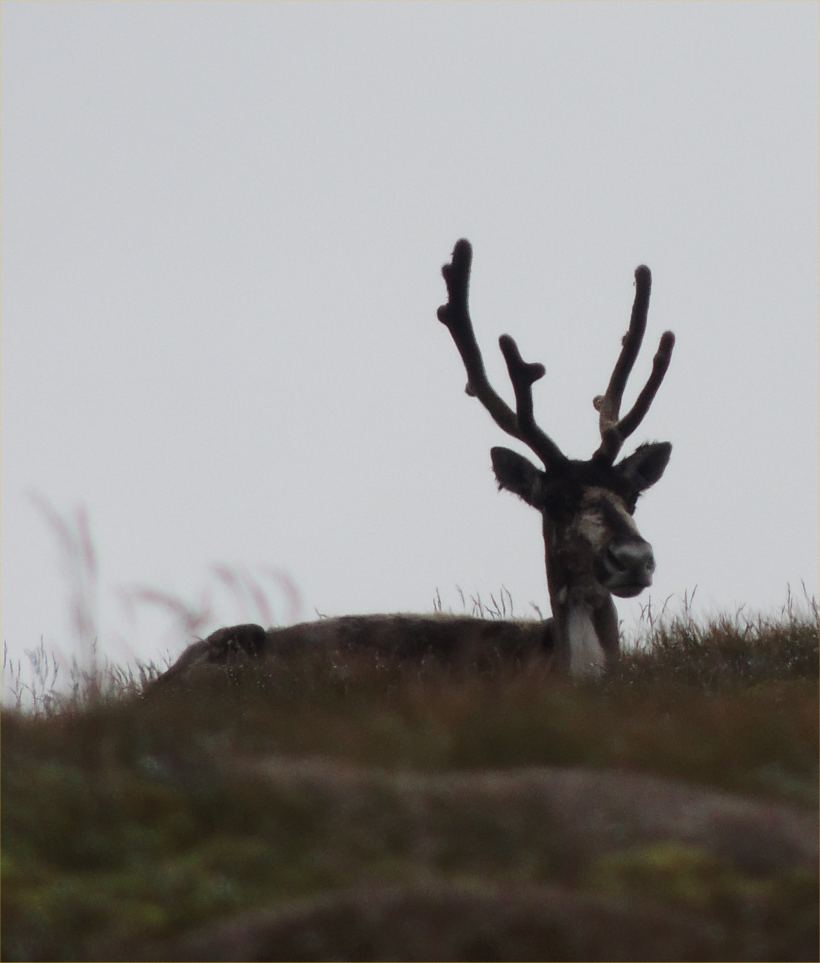 Off the back of Cairn Lochain and the view south emerges. 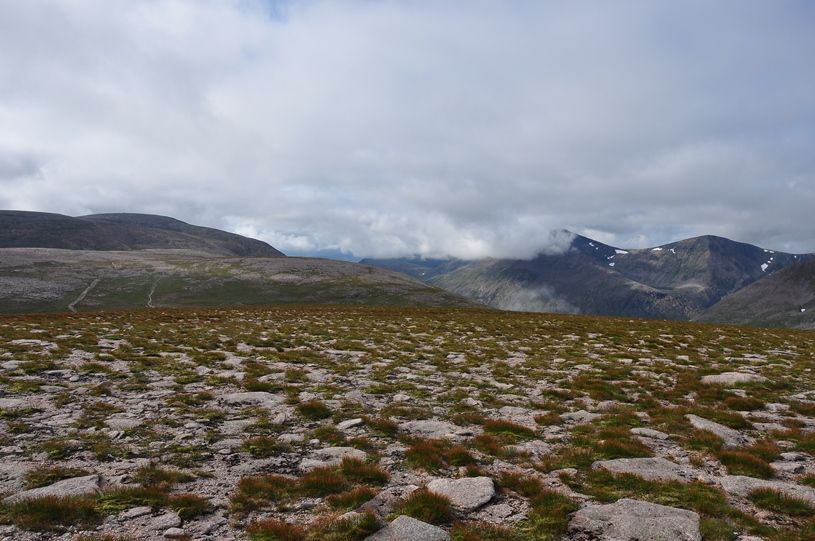 Far more snow patches than the norm for the last decade…the reindeer like them. 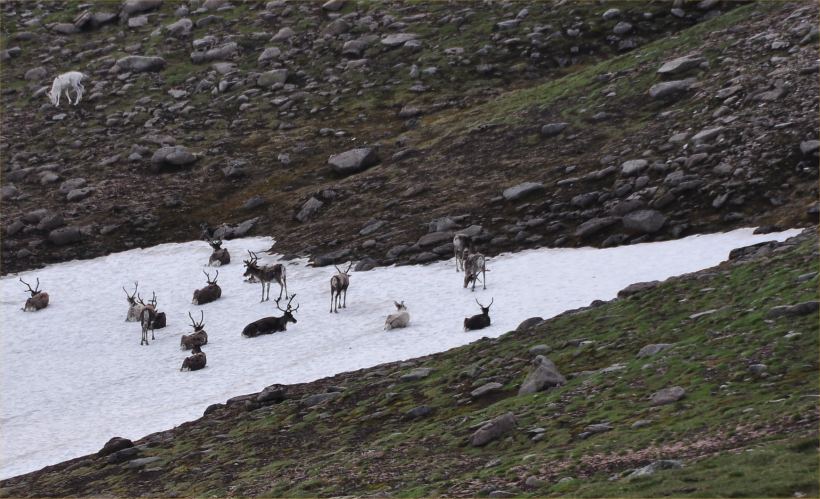 Wandered across to the reindeer – marvellously placid creatures who didn’t move or bat an eyelid.

I have had to photoshop out the sled and unhealthily obese man clad in crimson. 😉 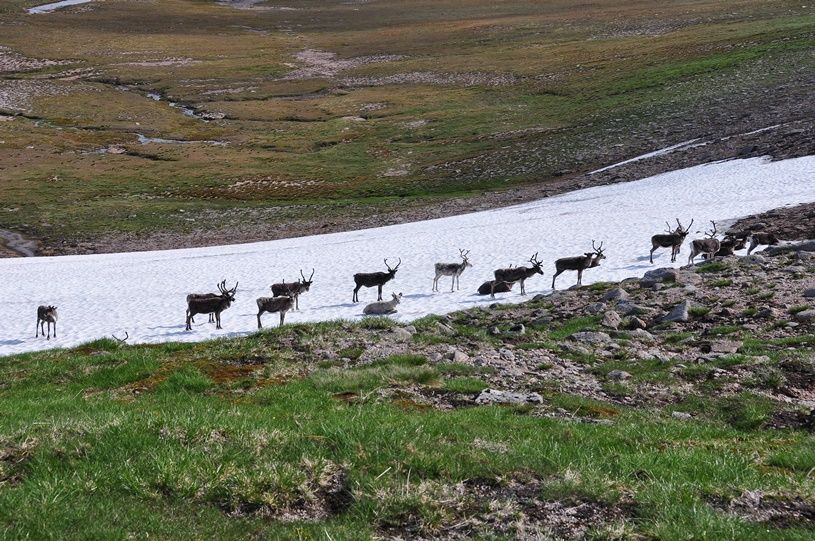 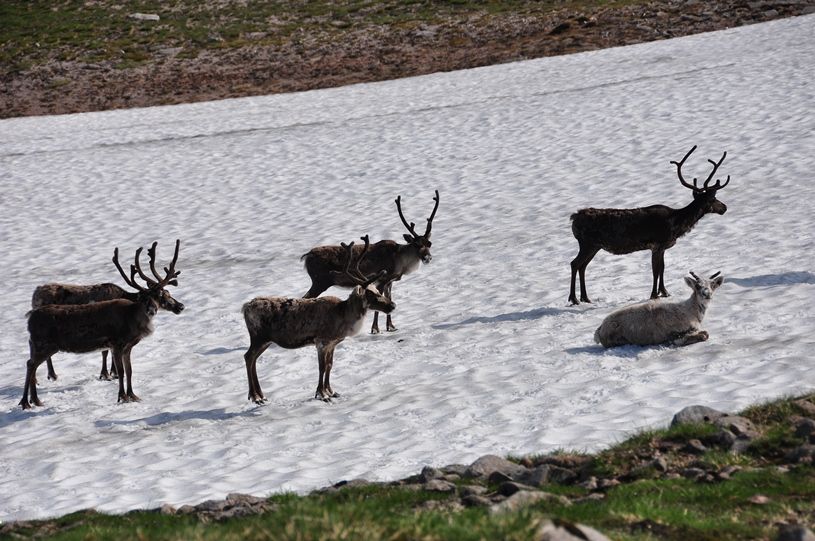 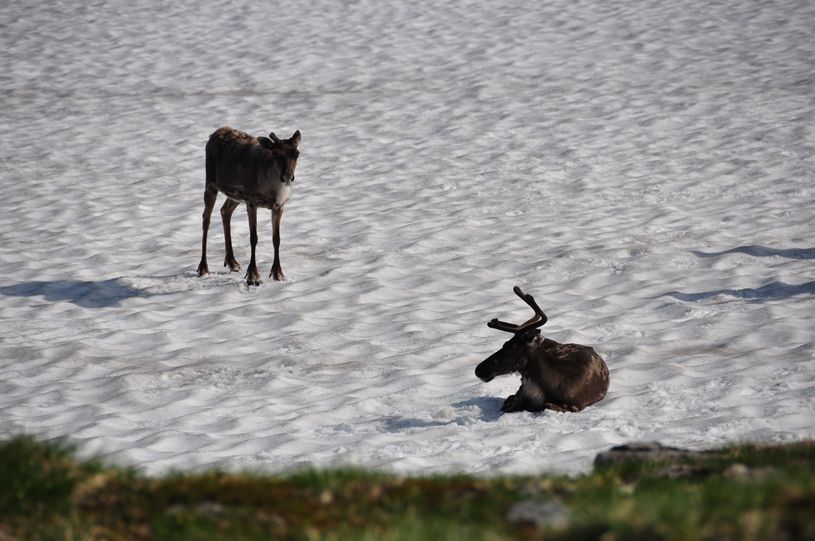 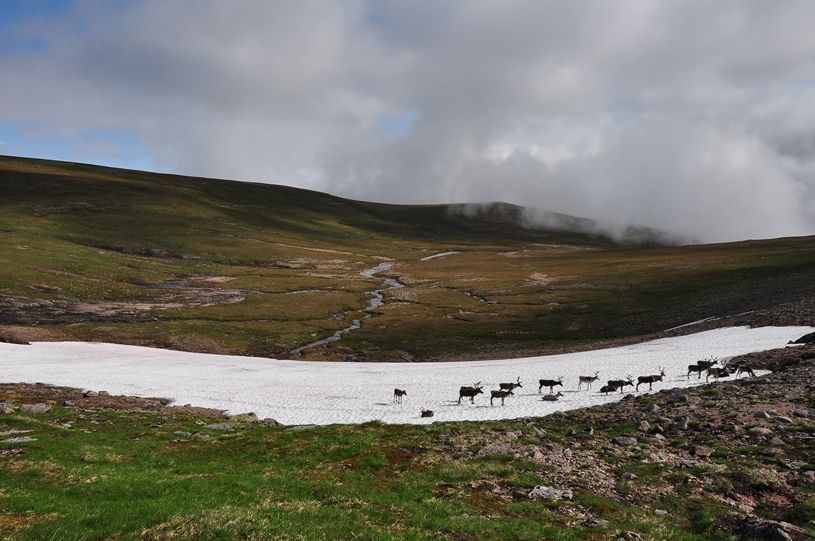 Up a further 70m to the ground under Ben Macdui.

Across the Lairig Ghru to Cairn Toul: 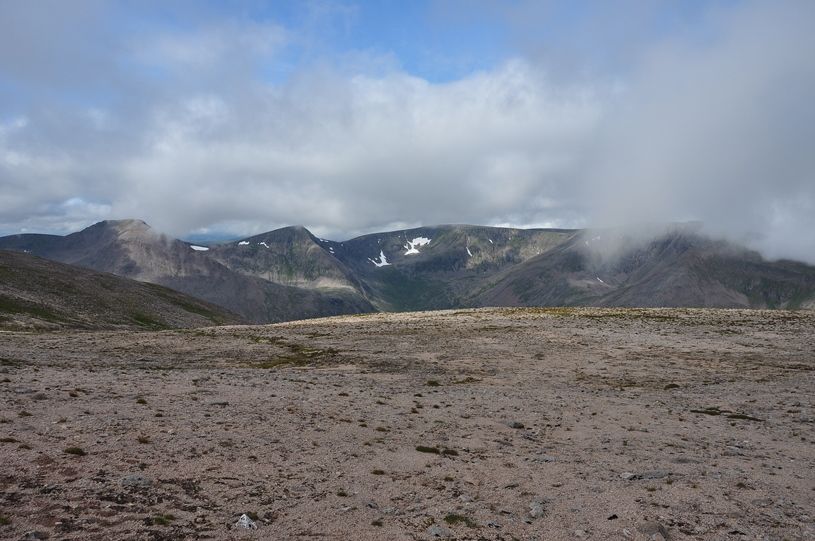 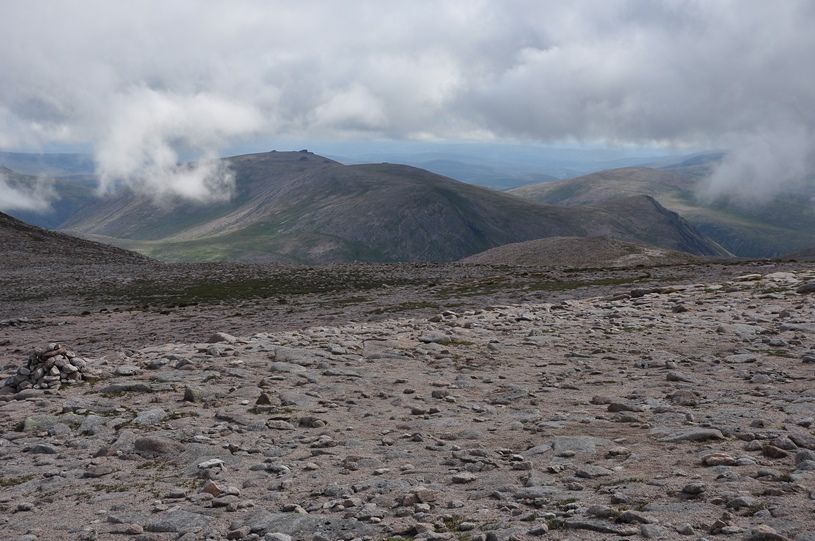 Headed over the summit and, as usual, found a spot south of the summit to enjoy the splendid view over the south end of Lairig Ghru with its diminutive munros. 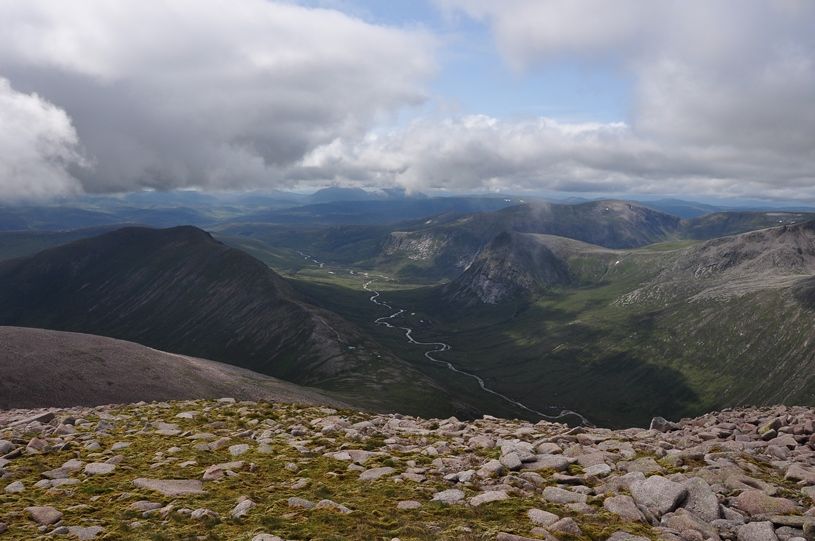 Lounged around for 40 minutes – watched some dog-fighting fighter jets to the south and a private helicopter scooting through the Lairig Ghru. Packed up and turned for home.

A male resident Snow Bunting was patrolling the summit area – a new subspecies of cake-eating bunting in evolution I suspect. 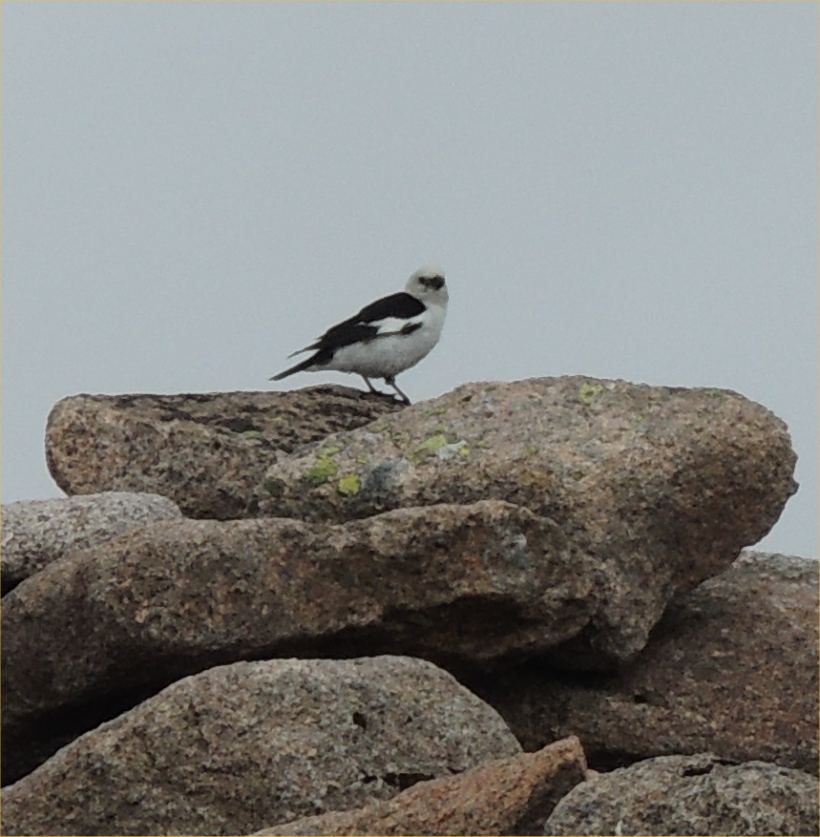 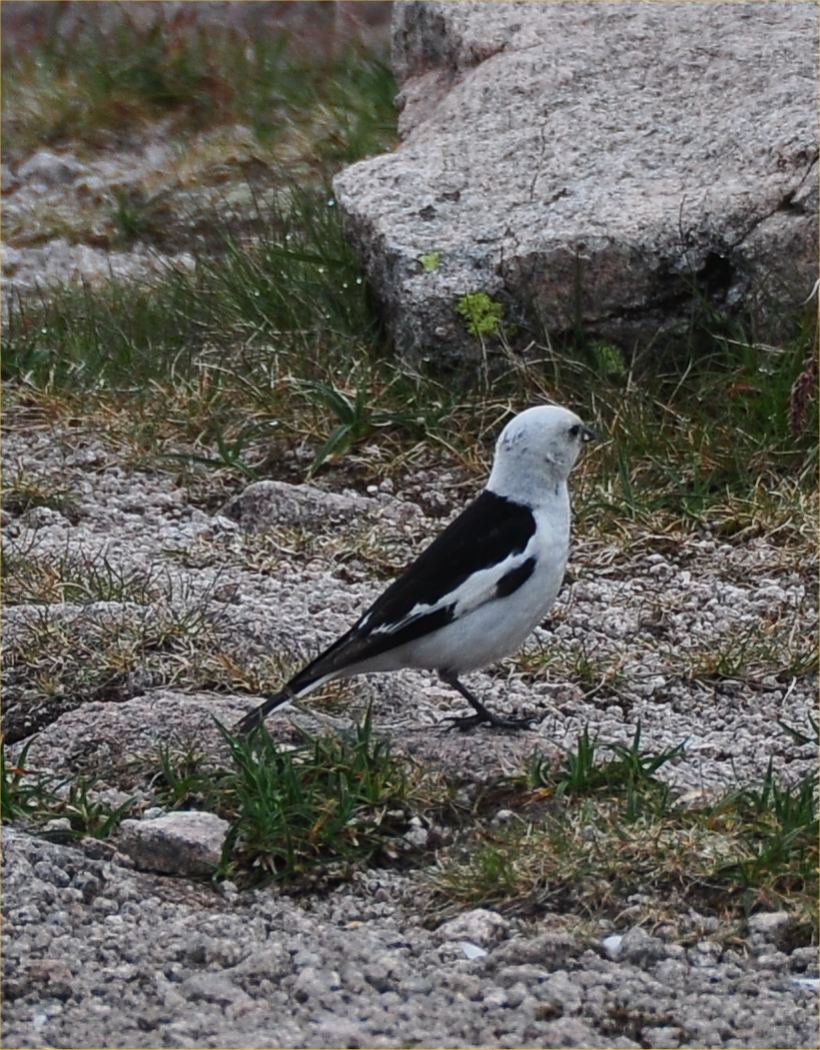 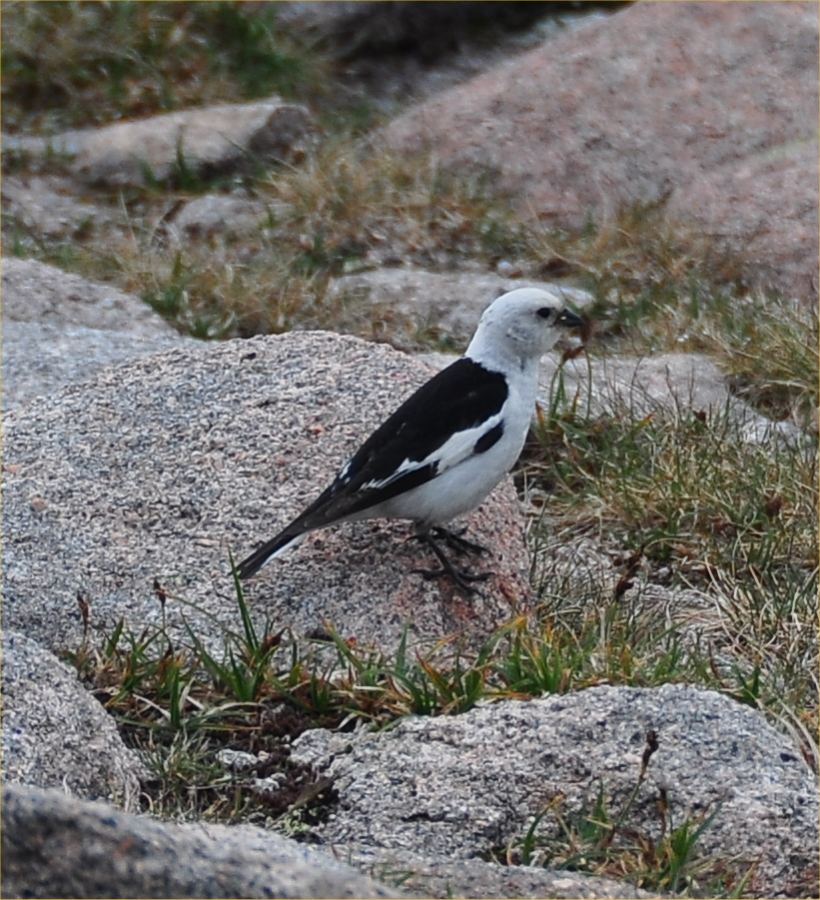 The return leg turned up some ptarmigan groups. They seem to be congregating into larger multi-family groups now with young at various stages of maturation. Loathe to fly off from the larger group they were more prone to stand and watch us than usual. 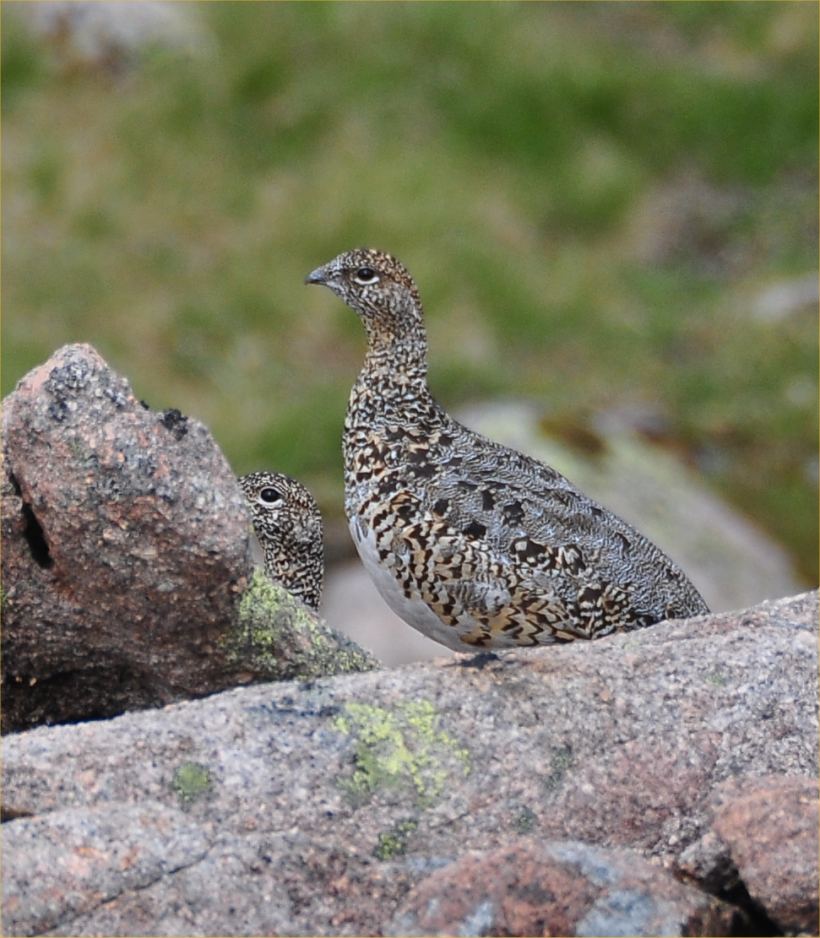 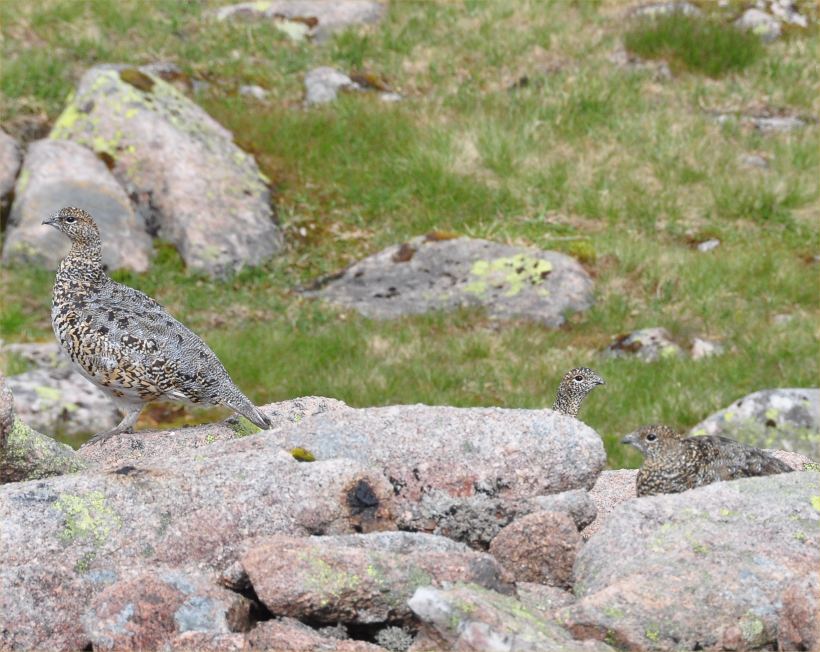 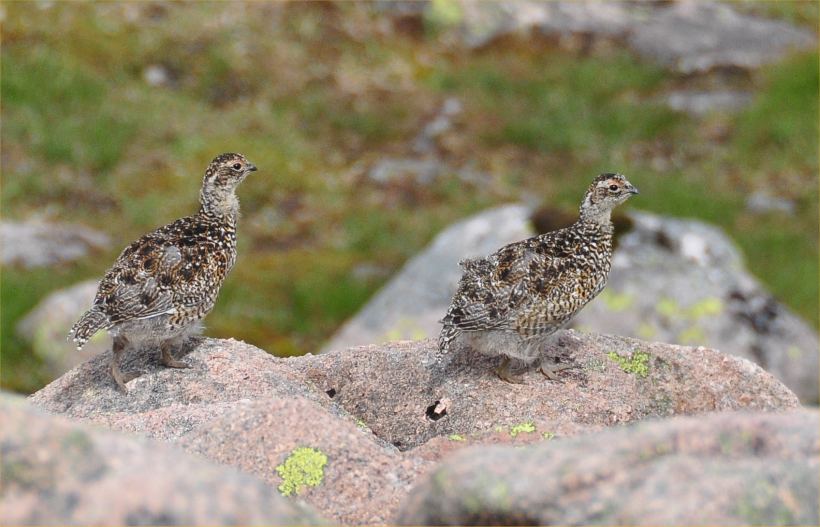 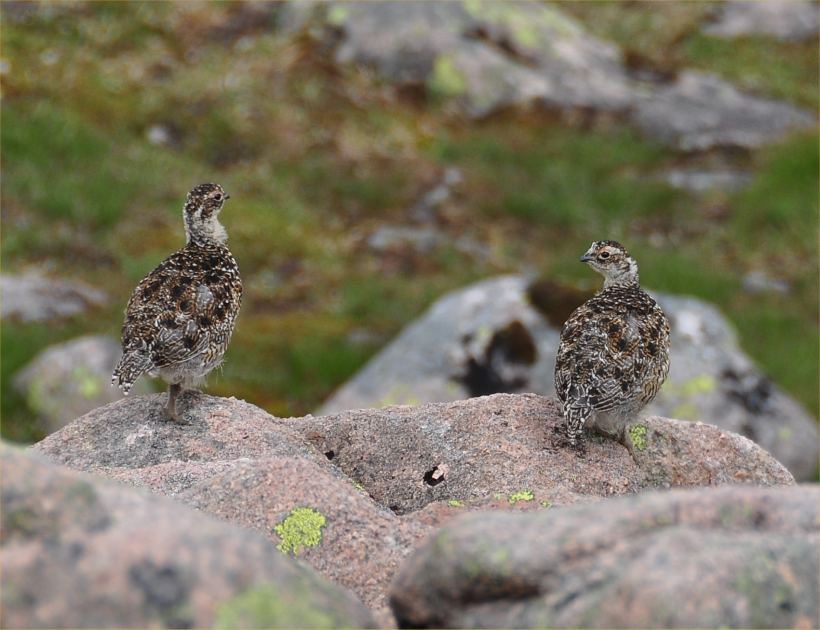 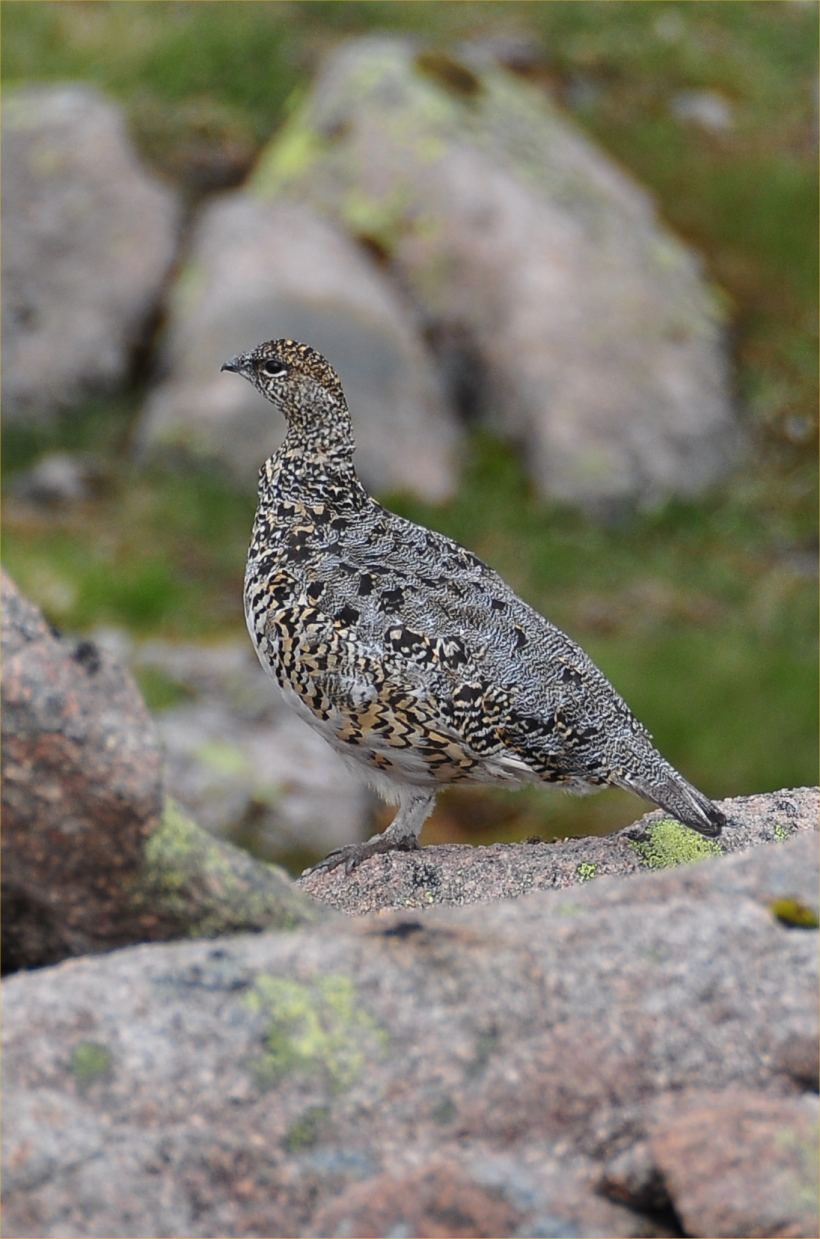 The butterflies were supercharged in the heat – had to follow this one for a while before it settled. 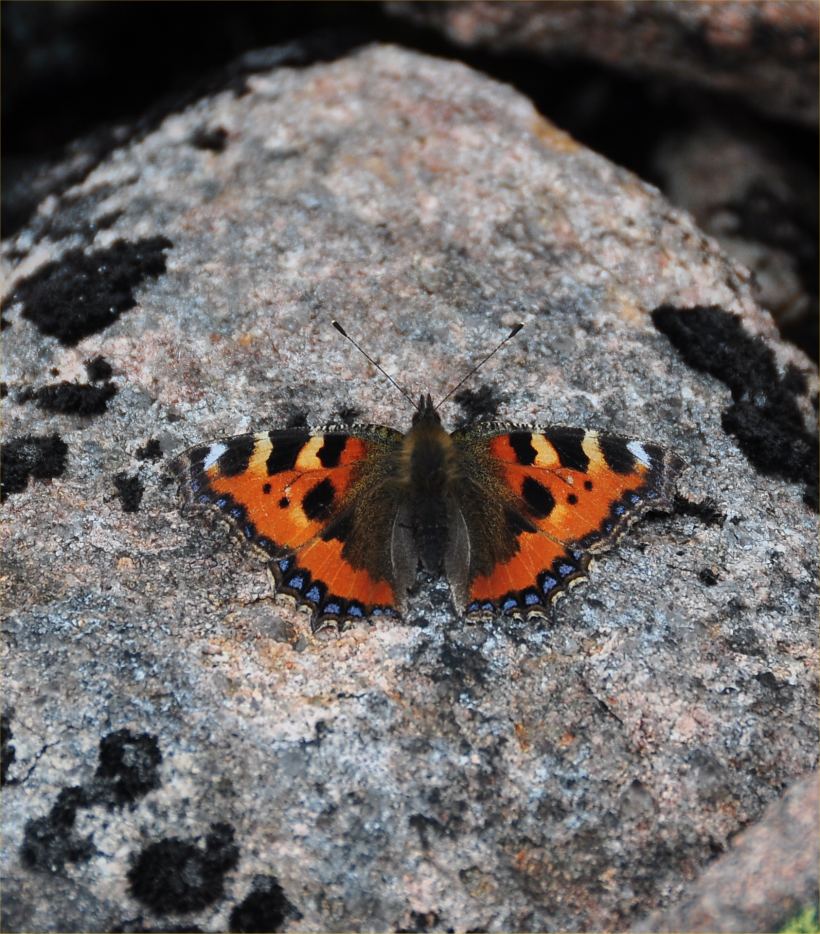 …and then it posed on some pretty flowers. 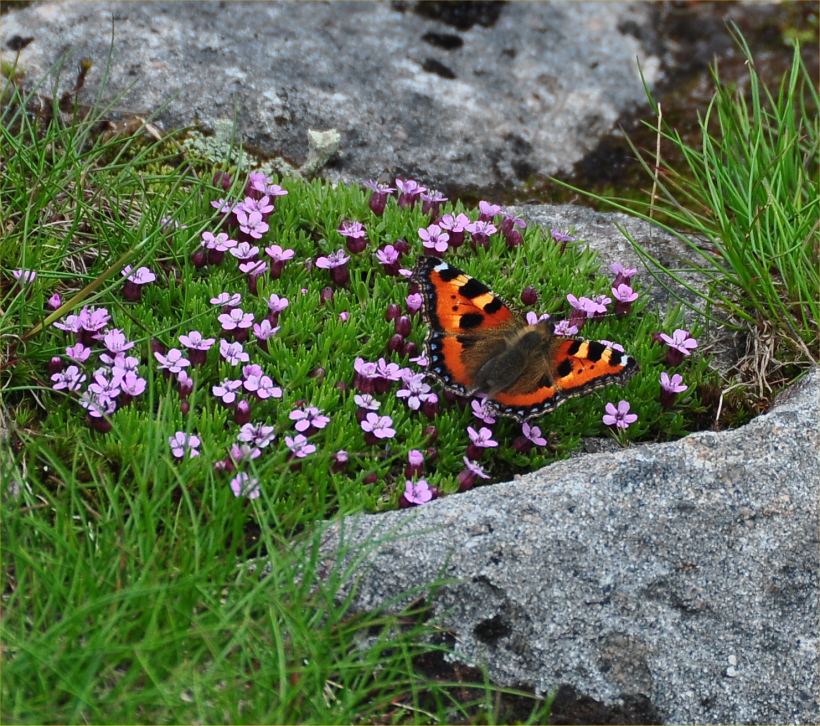 On the path back we were treated to another ptarmigan group with about 5 ptarmigan standing up from unseen camouflage and running off 10m. The left the odd lurker behind. 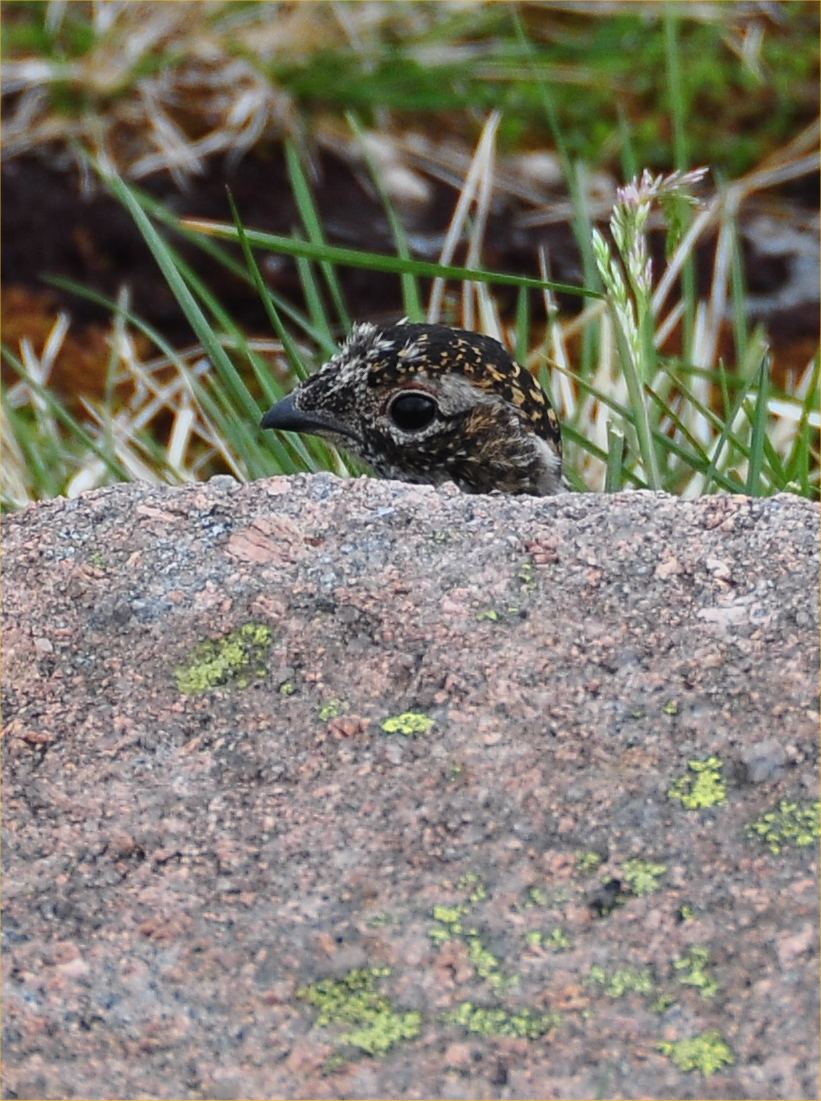 We stood still and they seemed loathe to move. 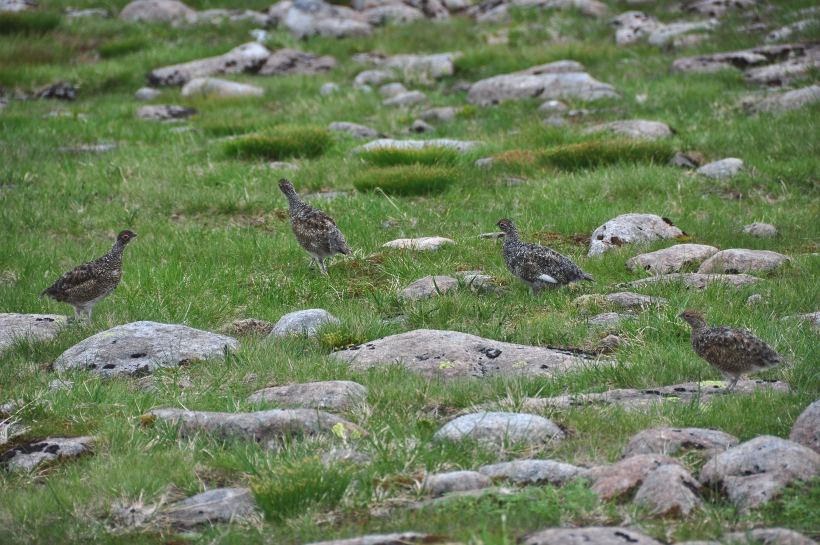 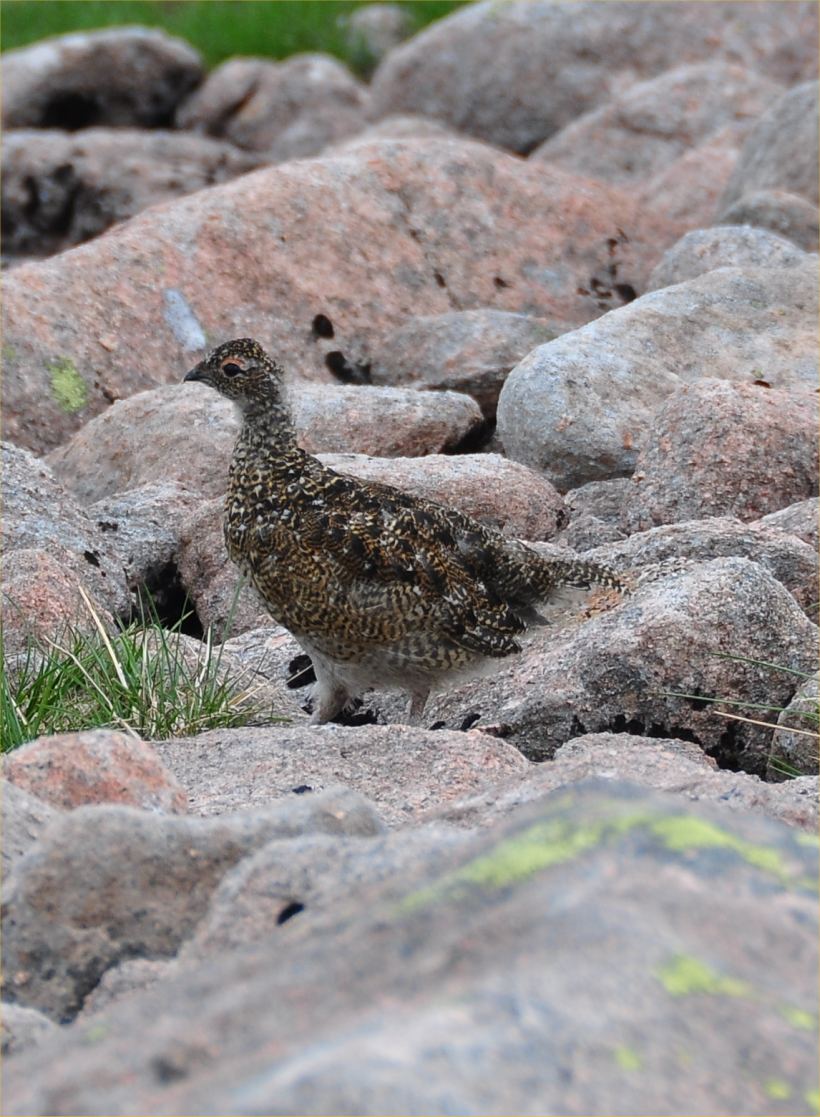 The solitary junior let out a trilling call I’ve not heard before and all the ptarmigans eased themselves into crouched camouflage again…odd. 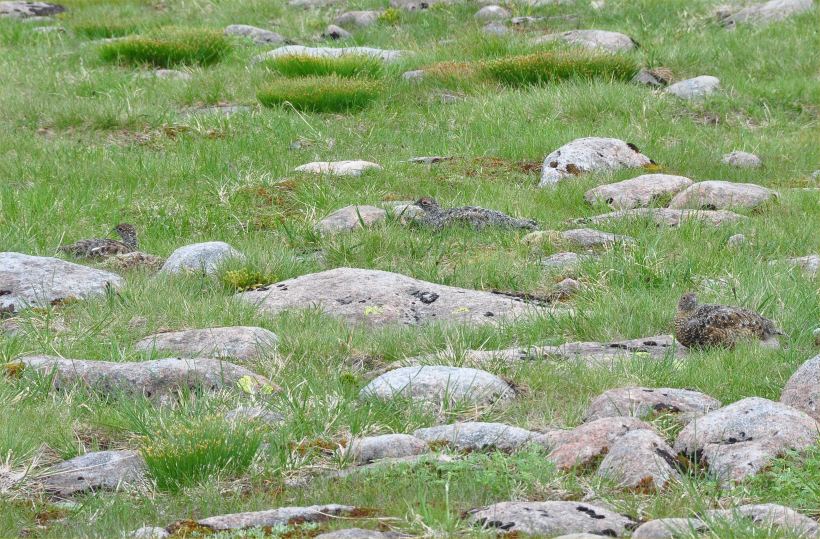 Not so odd as the peregrine that had been on a direct line for us promptly tore through the air above us before arcing into Lairig Ghru.

Having stood for about 5 minutes watching the ptarmigan we could see we set off on the path – only for the further 10 ptarmigan we hadn’t seen to stand up and move off as a group. An interesting encounter.

Continued on the direct return home.

Across the Lairig Ghru: 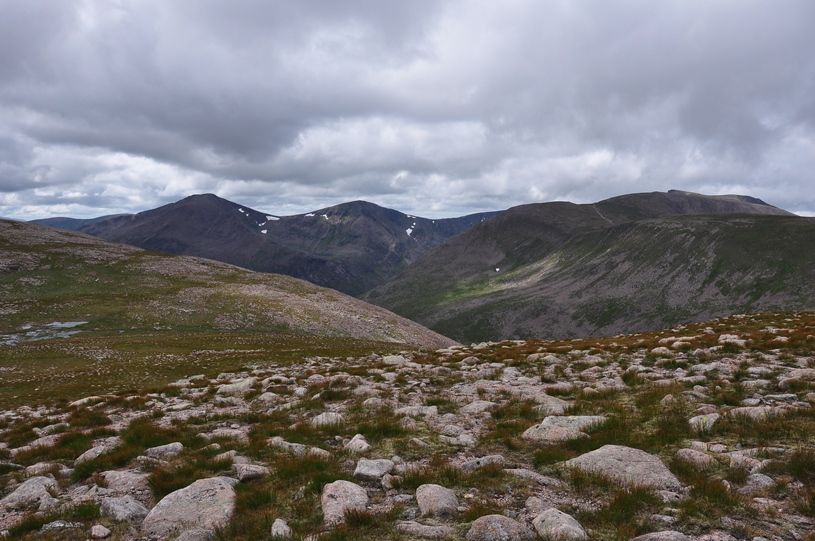 Dropped off the path to cast a glance down Lairig Ghru – a clearer view than the morning.

South to Bod an Deamhain: 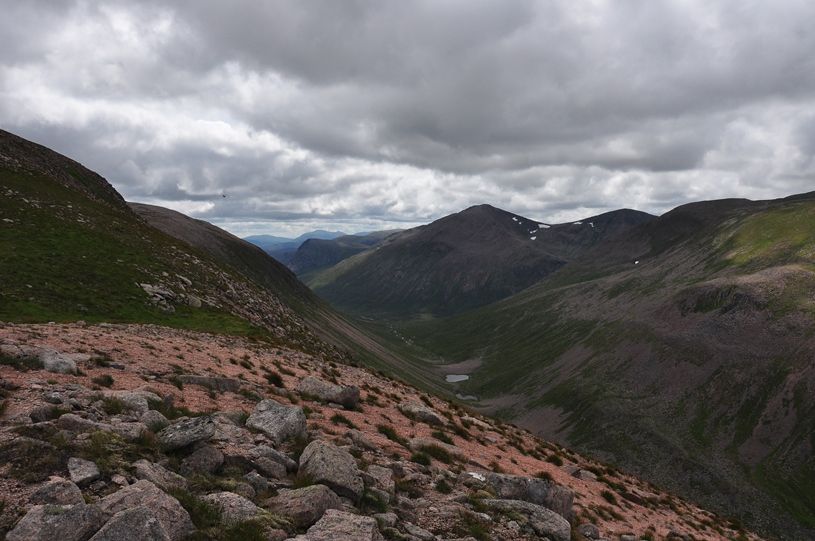 …..and then a quick saunter back to the car. 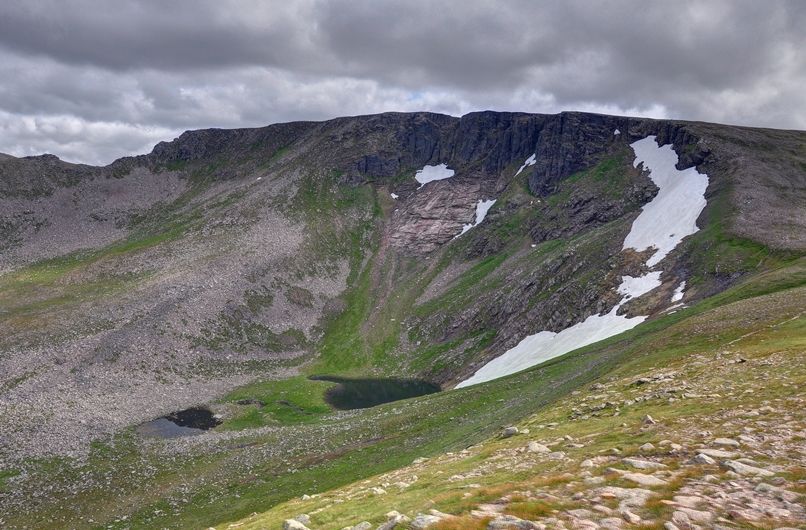 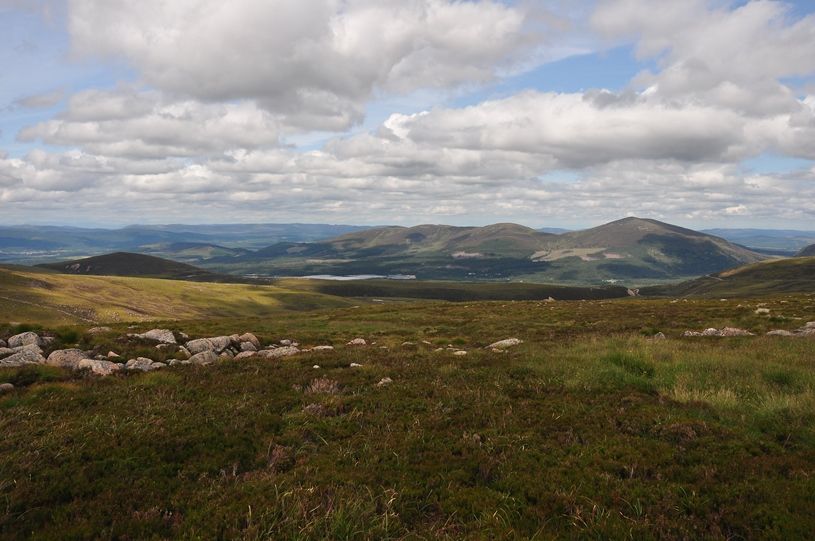 Not a challenging walk – but different every time. Full of views and crawling with wildlife. Back again soon I hope.