Our first Calmac ferry trip of the year saw us across from Ardrossan to Brodick. A quick drive up to the Lochranza YH – must say I was impressed with this one.

The forecast had looked pretty ropey but on the Saturday morning it was looking reasonable, if rather cool and quite breezy.

We decided to head inland to a wee hill we’d skirted on a previous trip – Beinn Bhreac.

Walked from the hostel on the Arran coastal track to Catacol (marked on the newest OS data).

The NATO naval exercises were in full swing – a Dutch frigate was patrolling the channel for the morning. 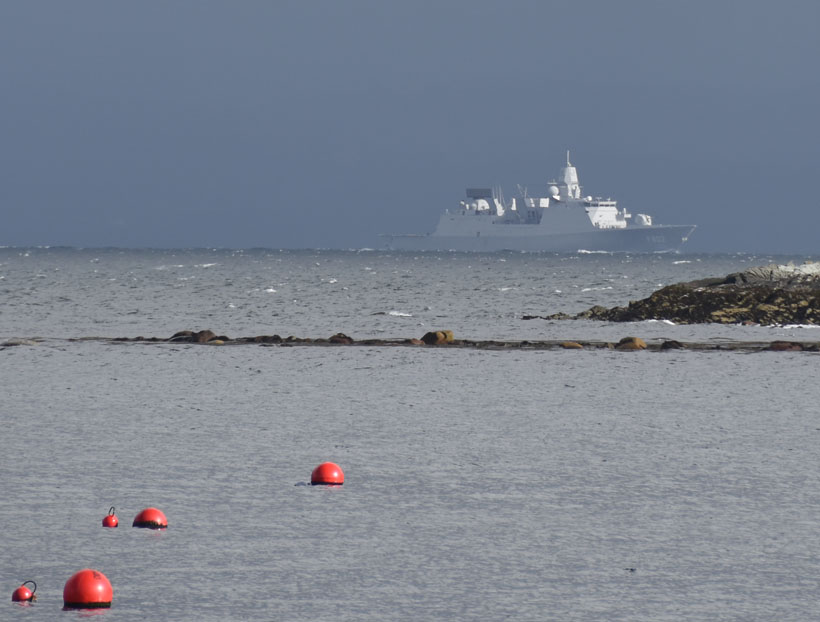 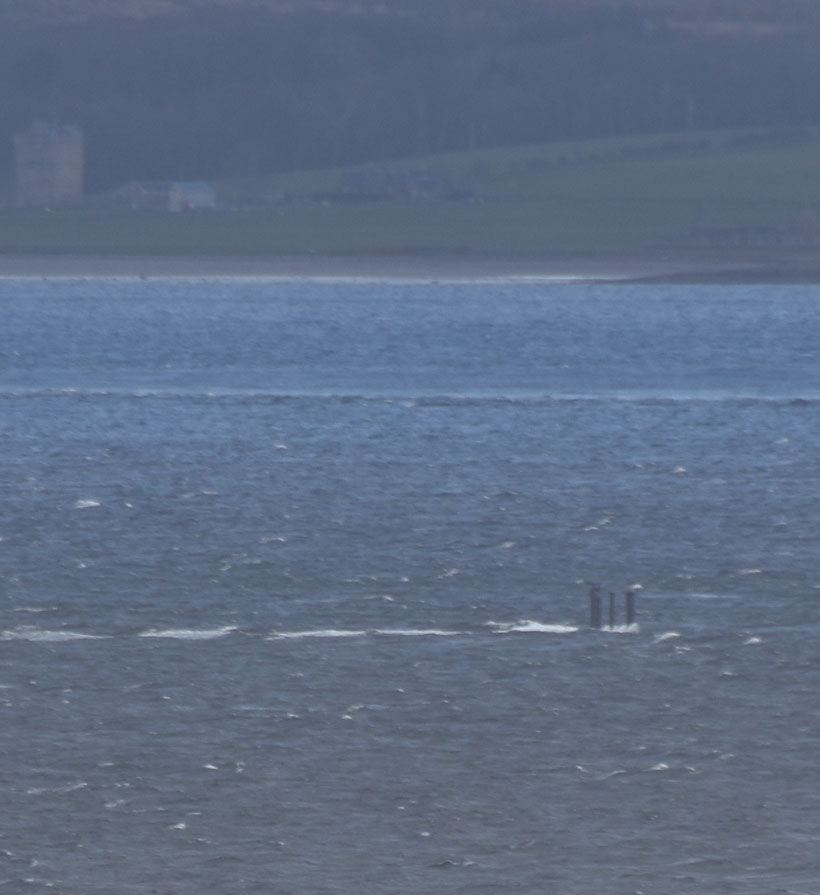 The path from Lochranza to Catacol is OK, a bit rough in parts but better than road walking. Dropped down to Catacol in nice spring sunshine.

The gorse is ramping up to full bloom.

Gorse and the coconut scent of spring: 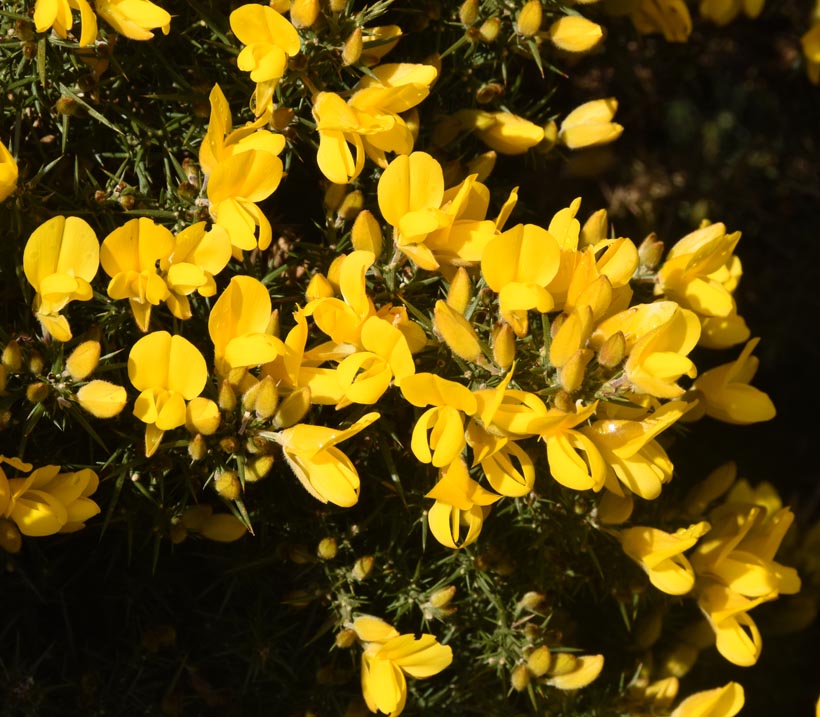 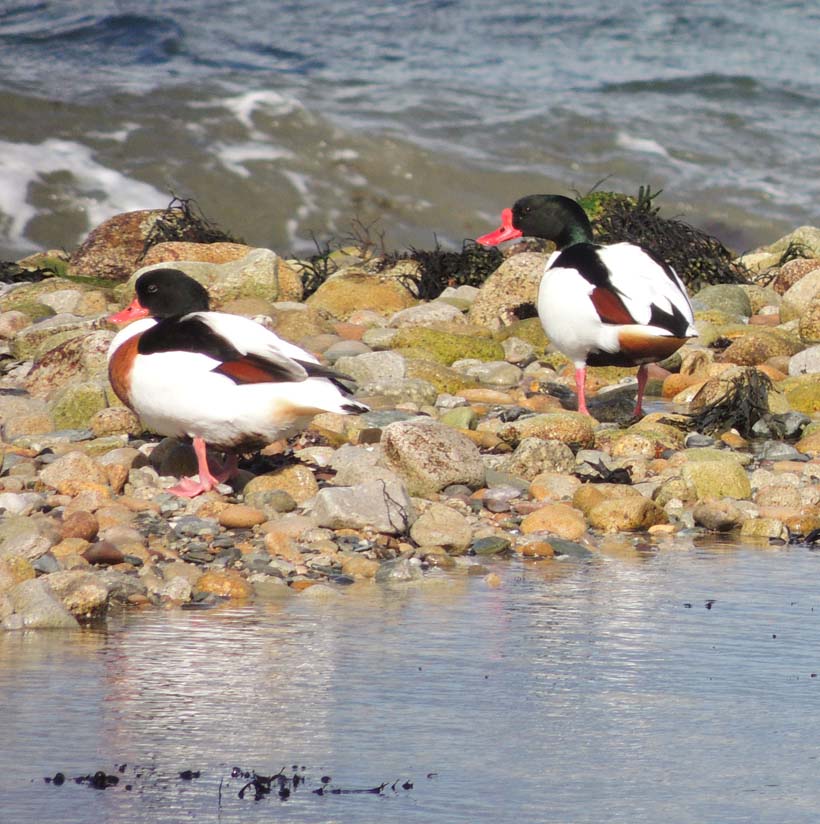 Headed south down the Glen Catacol track – a reasonable path most of the way. Used this one last year on our camping trip. No black adders this time.

Passed under Creag na h-Iolaire and took the path up into Gleann Diomhain. There is a fenced off enclosure to protect the Arran Whitebeam trees. 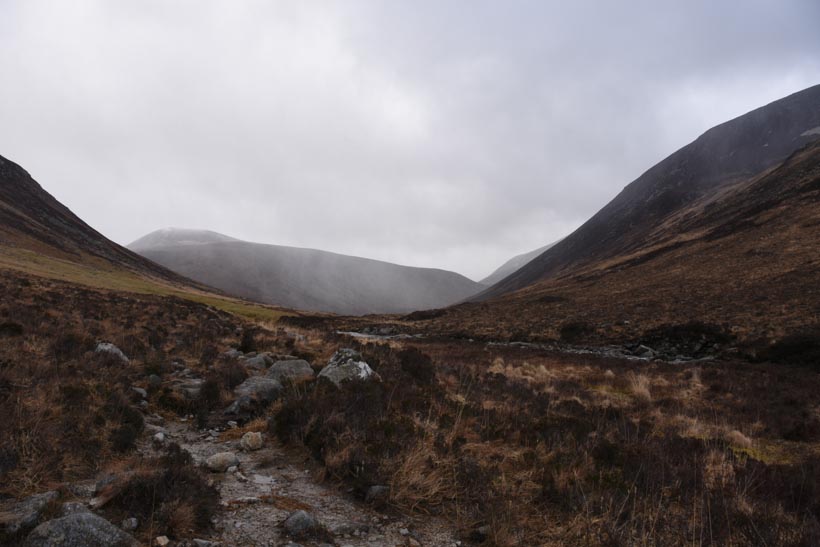 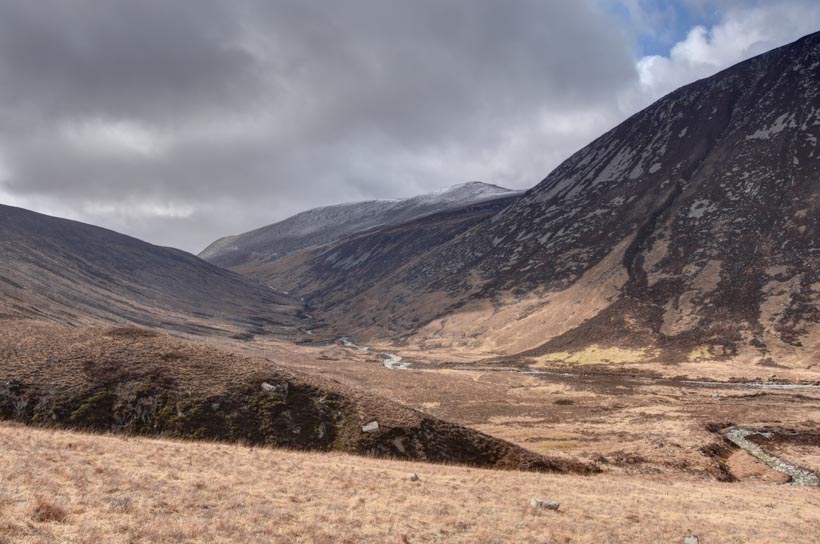 The path here was of poorer quality with somewhat soupy sections. We cut uphill after a couple of km to ascend NE between Beinn Bhiorach and Beinn Bhreac.

Headed up Beinn Bhiorach for a look – 2 Golden eagles sailed past and then did a bit of soaring over Glen Iorsa. 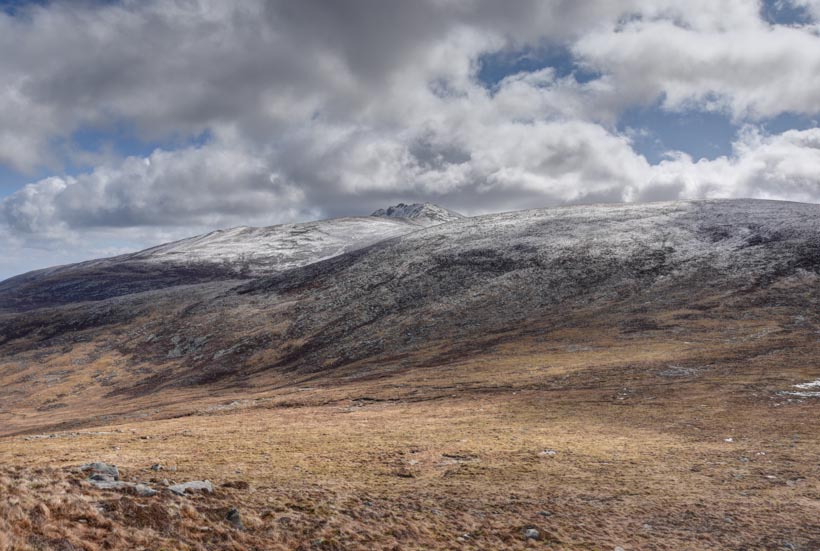 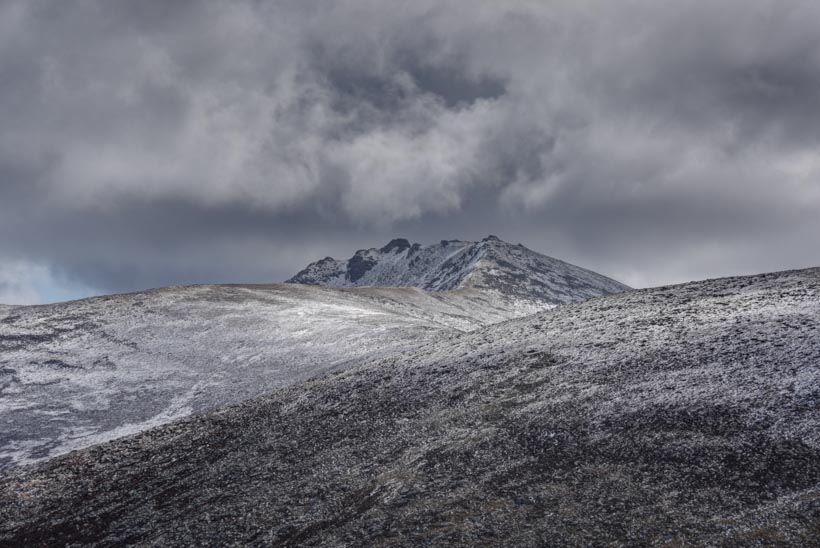 The wind was roaring over Beinn Bhiorach – certainly significant buffeting. Tucked ourselves into the lee side to have a bite to eat.

A fairly perky looking shower was being driven in over Mullach Buidhe – turned out to be rapidly over with a bit of hail falling. 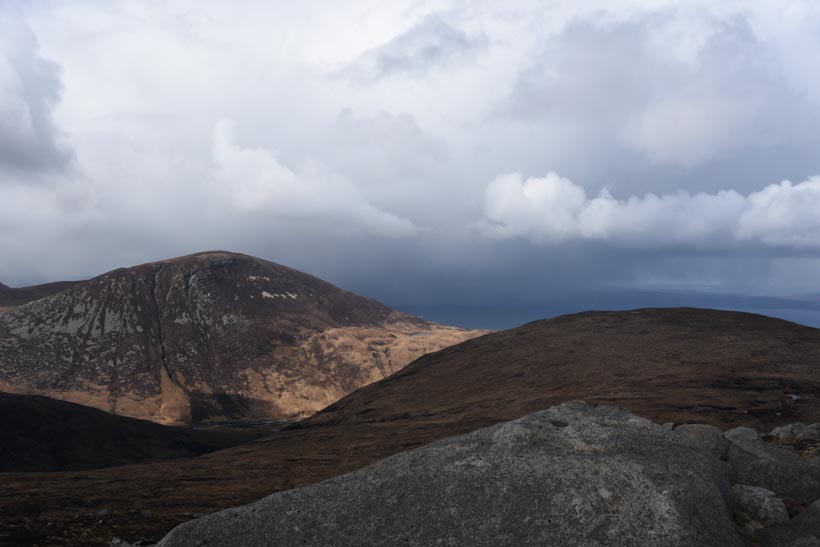 The view to the mainland was reasonable, the view out to Jura a bit hazy.

Back to the mainland: 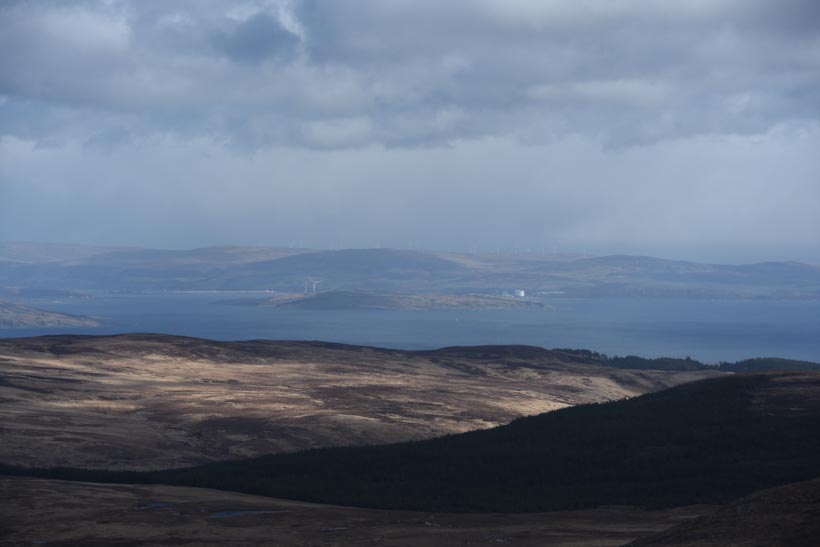 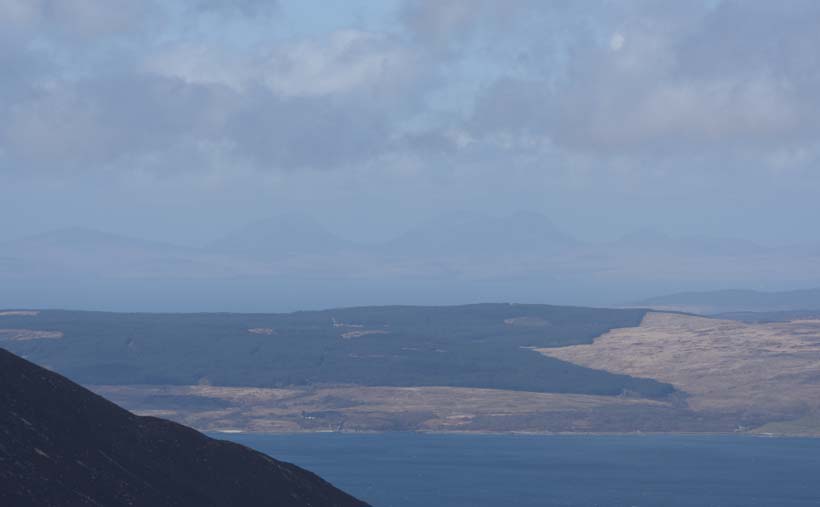 A great viewpoint this one for the Arran Corbetts. Also a good view out over Sail Chalmadale to the Mull of Kintyre and on to Ireland. 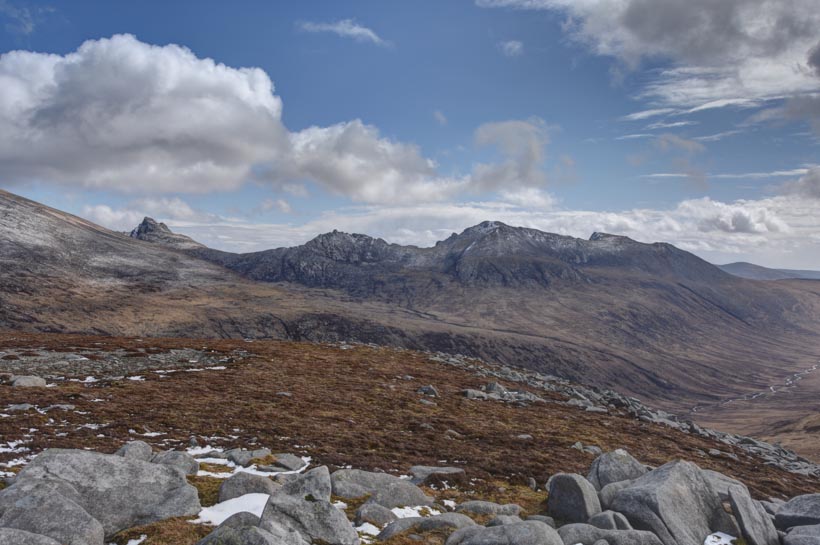 Across Sail Chalmadale to Mull of Kintyre (and Ireland): 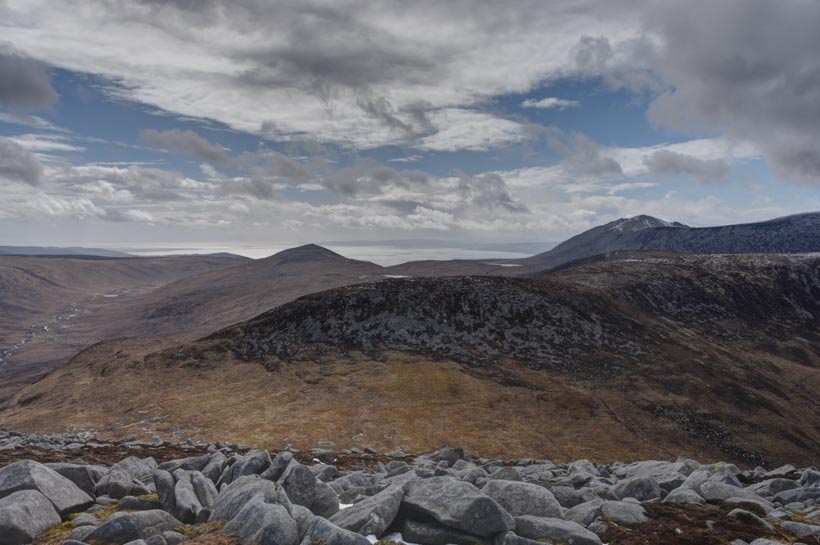 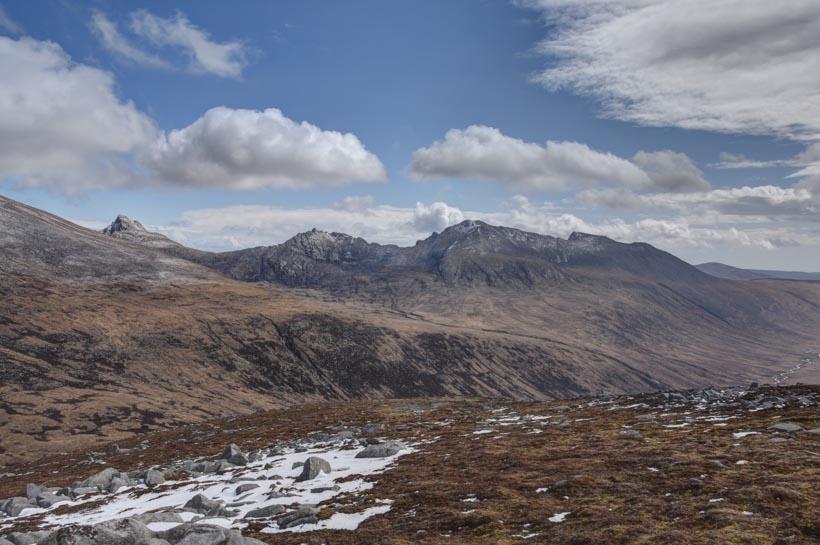 To the north Loch Fyne and Bute, with the Royal Navy on patrol.

North to Cowal and Loch Fyne: 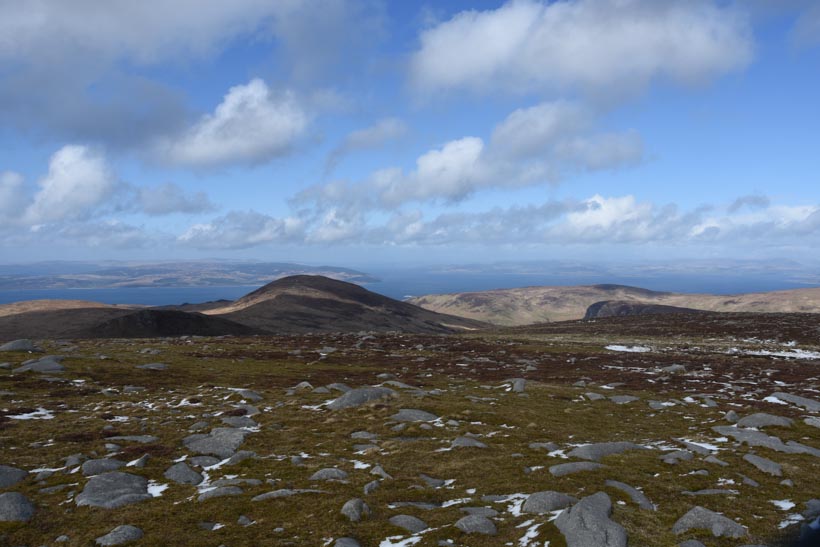 With HMS St Albans passing by: 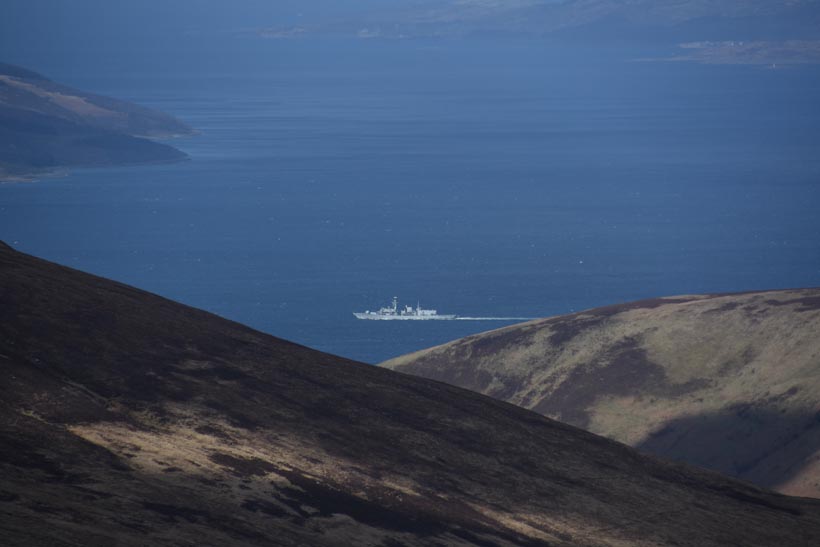 Dropped NE down the ridge of Beinn Bhreac. At about 400m elevation the terrain was getting boulder so we dropped E for the marked path.

The path in the upper reaches is an erosion to the rock – a bit loose and a bit of an eyesore. Further down the glen the theme is very much mud soup (the YH warden said he’d lost a welly boot in the deeper gloop and had to hop back to Lochranza). 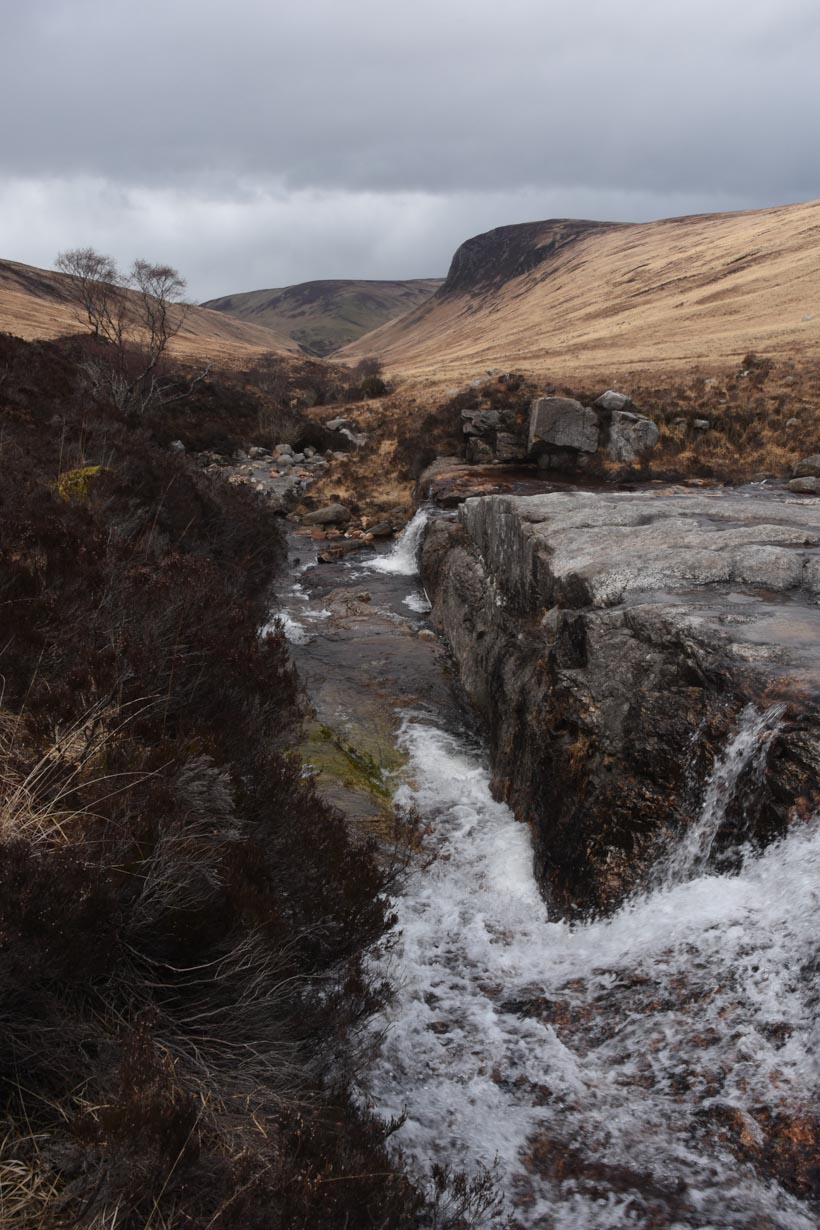 Probably should have held to the higher ground for longer rather than drop to the “path”. Still, a nice glen visually and some interesting views back up to Caisteal Abhail. 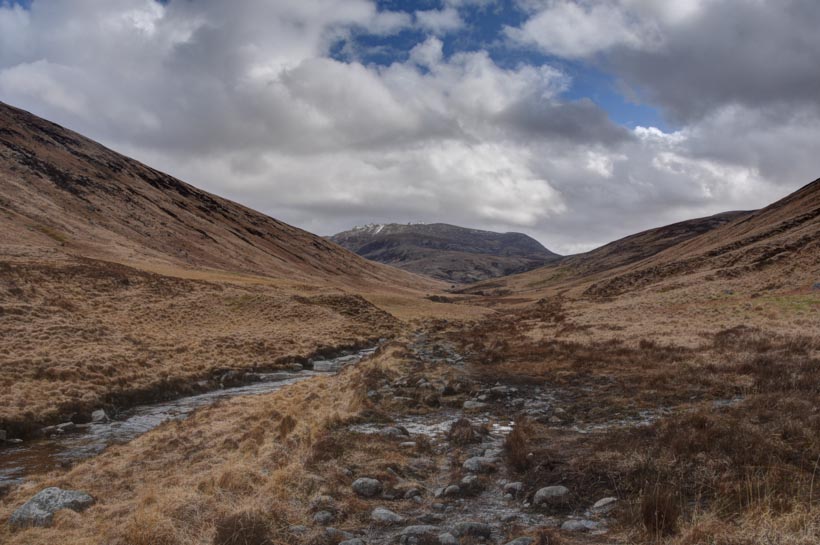 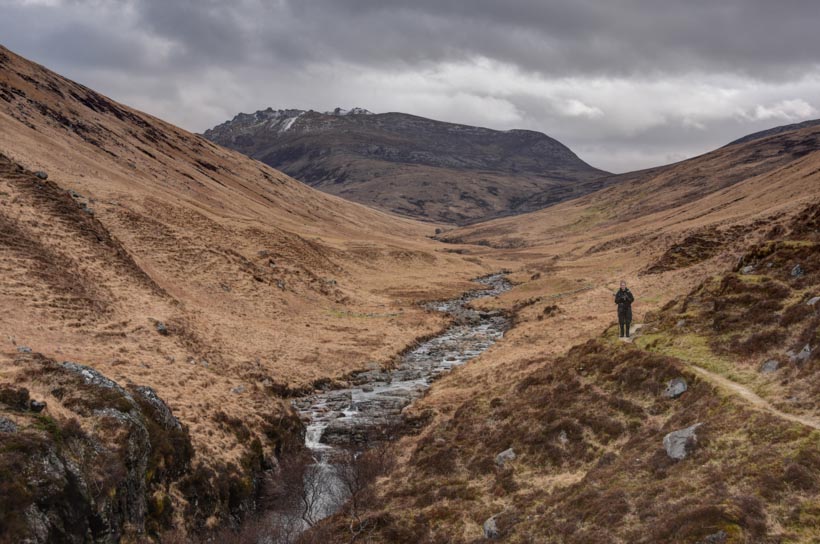 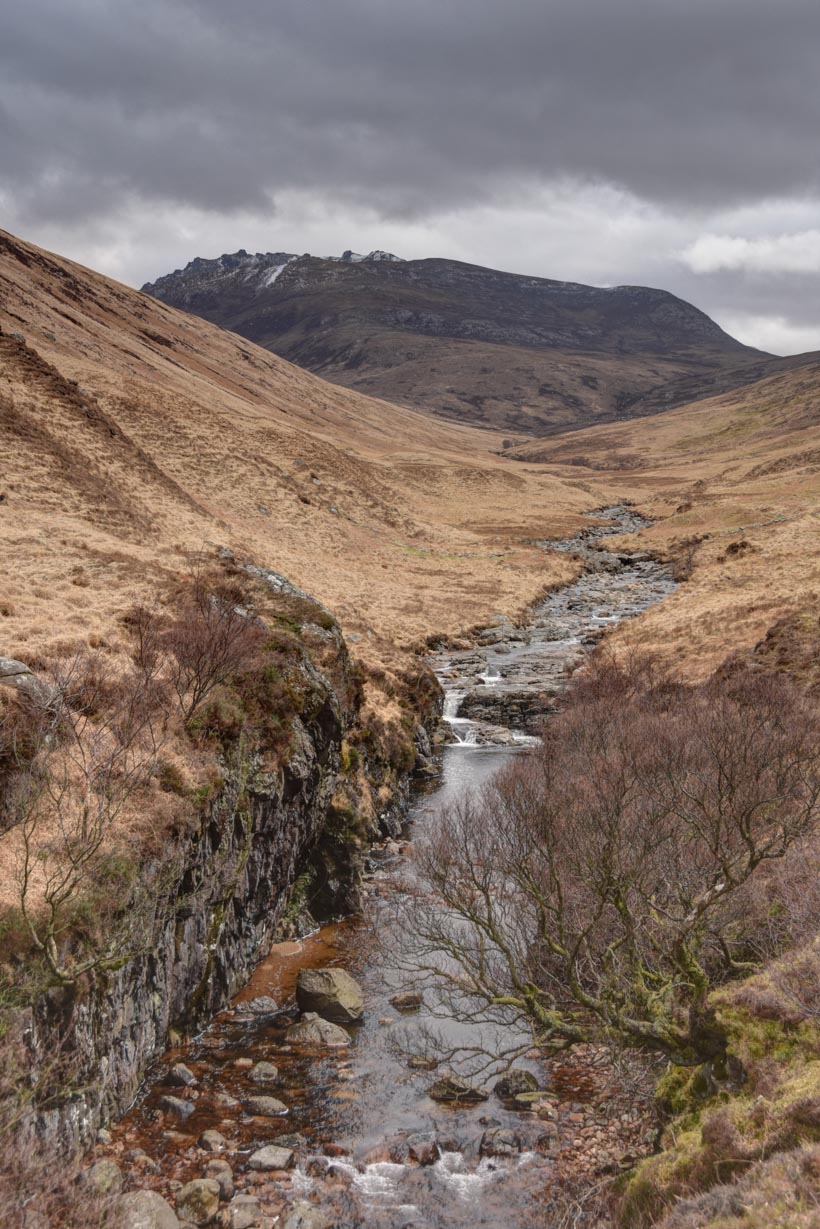 Another Goldie passed over Torr an Nead an Eoin as we descended to Lochranza.

Quickly back down to Lochranza and the Youth Hostel.

An enjoyable walk – the north of Arran away from the Corbetts is quite entertaining. A cracking start to 2015’s island campaign. 🙂