Forecast a bit mixed, but it looked as though the best chance of staying clear of showers and in the sun was further inland.

We’d fancied a circular round Coire Riadhailt (the corrie on the north side of Meall nan Tarmachan) for a while. It’s also been 10 years since we last visited this hill so it was overdue.

Sun was rising as we passed the new Lawers car park. Paused at the N end of Lochan na Lairige to see the Alpenglow on Vorlich. 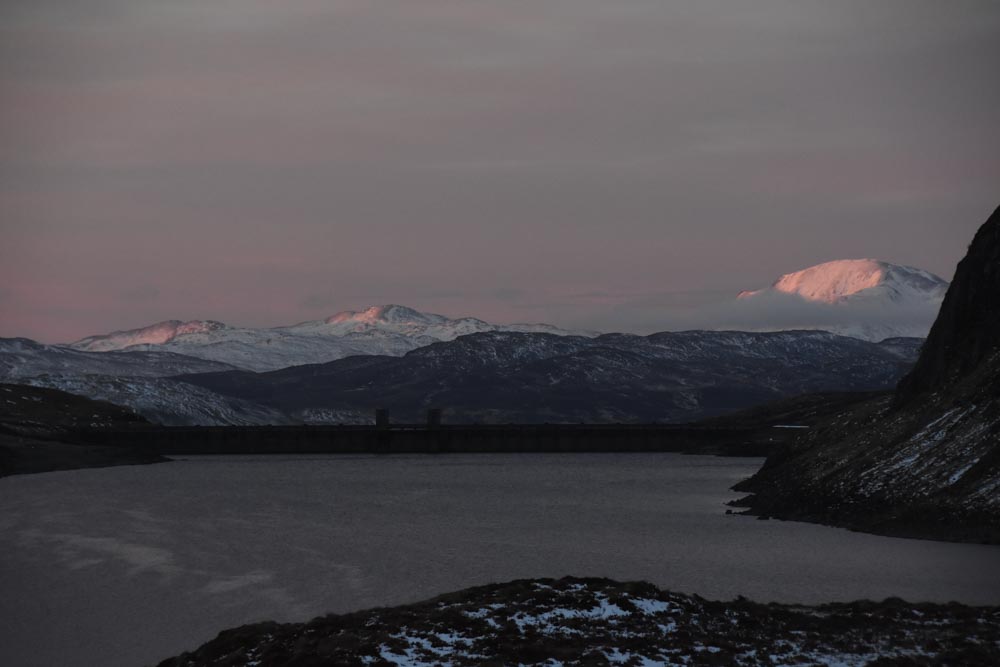 Parked at NN 583 417 – we’d looked at Coire Riadhailt and this circular from an ascent of Meall nam Maigheach. 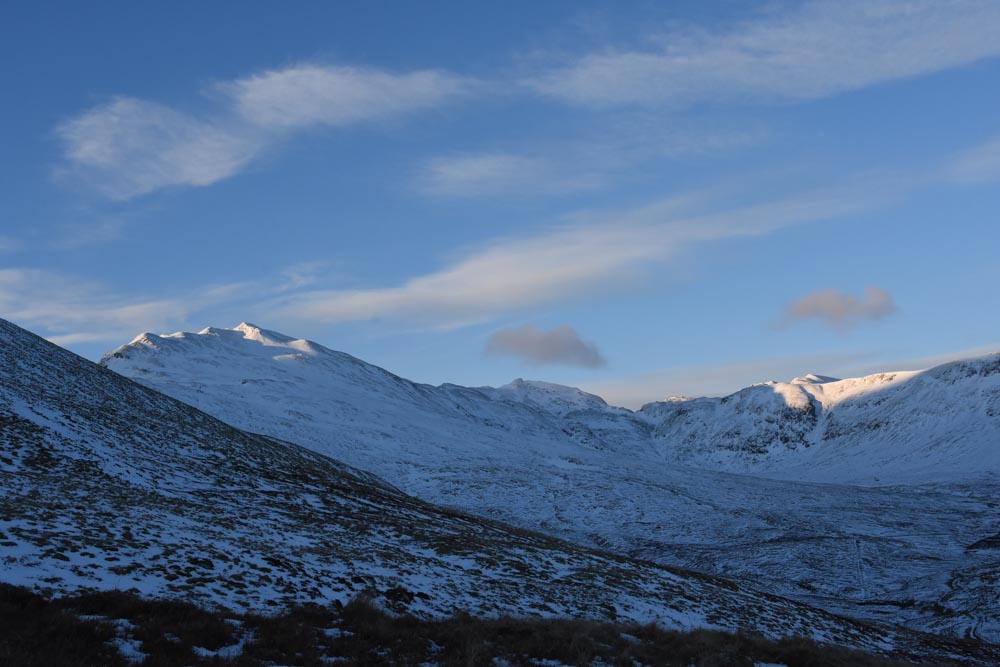 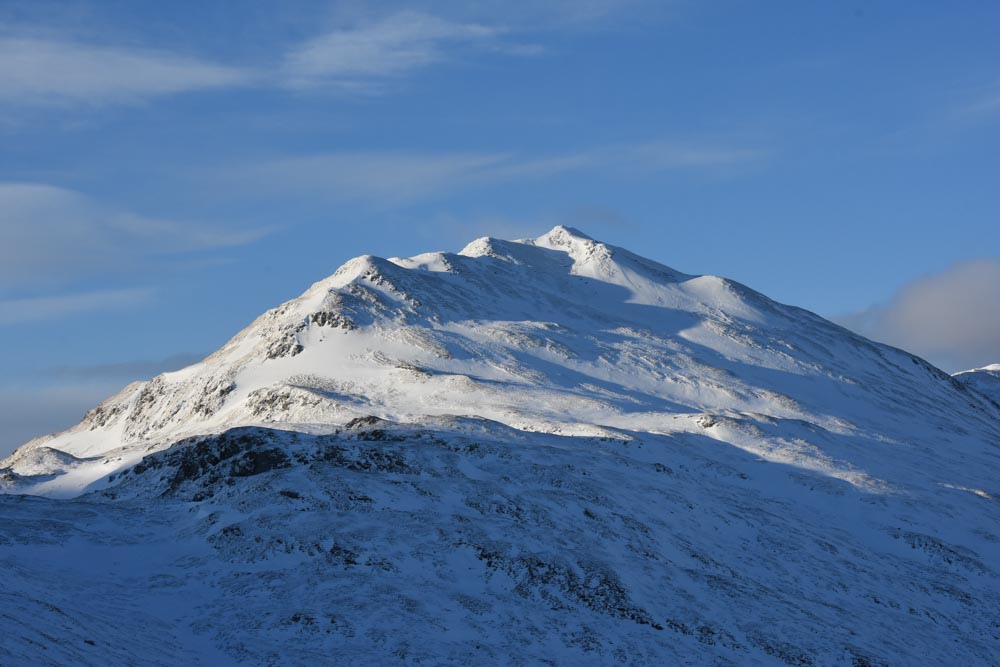 The ascent of Creag an Lochain is easy terrain. The sun was slow to emerge from behind some cloud over Lawers, although the opposite side of the coire was in sun.

I was missing my winter trews which I’d optimistically swapped for lighter gear as we ascended…still Baltic.

Followed a rather tall fenceline (and hare tracks) up the hill. 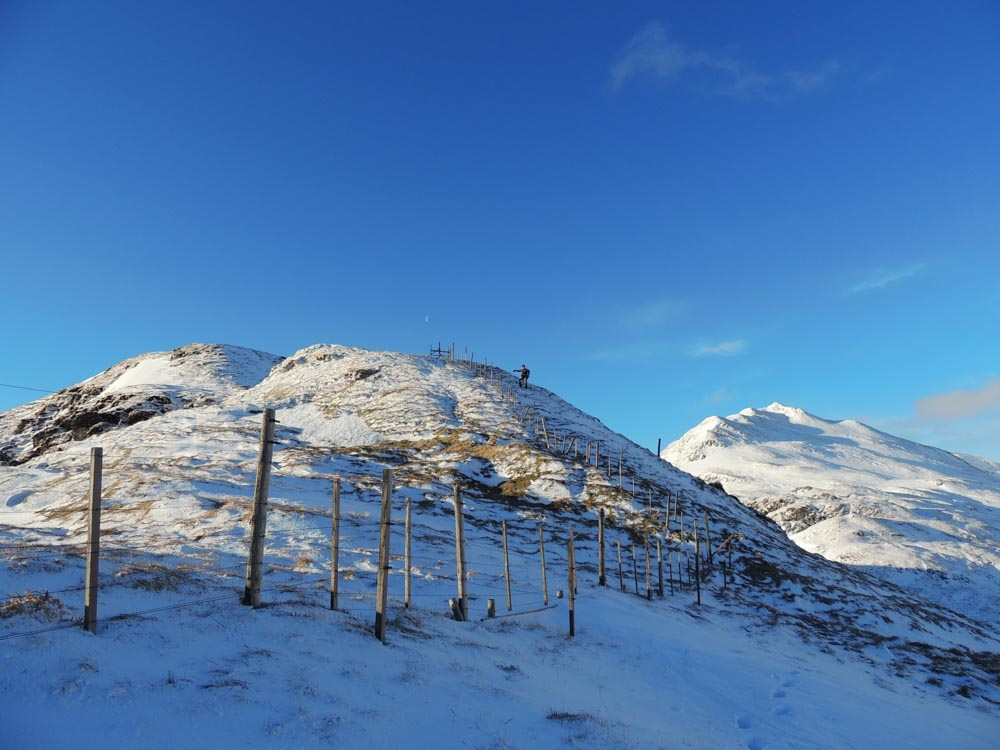 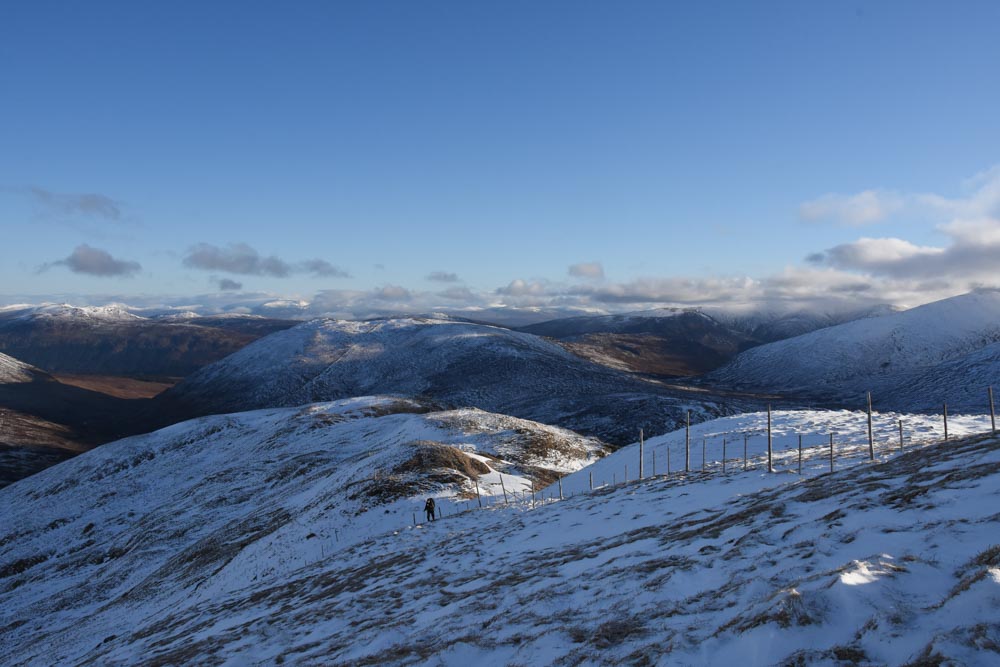 A rather nice angle on Meall nan Tarmachan. 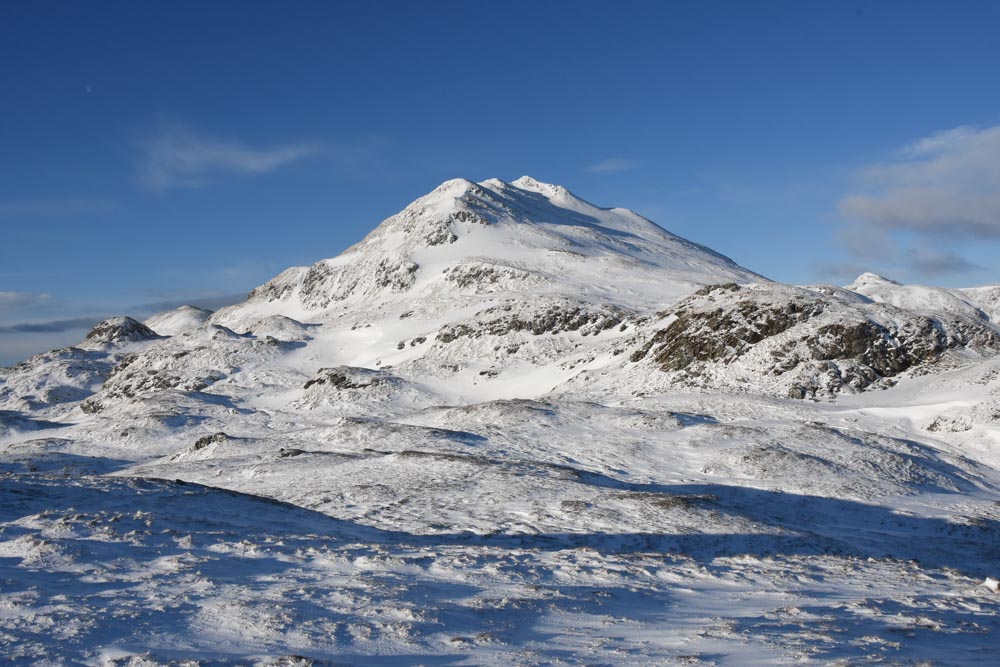 And a rather unfamiliar angle on Beinn Ghlas. Once across the flat ground from Creag an Lochain to the ascent of Meall nan Tarmachan the angle steepened a bit, although was easiest to the right of the ridge. 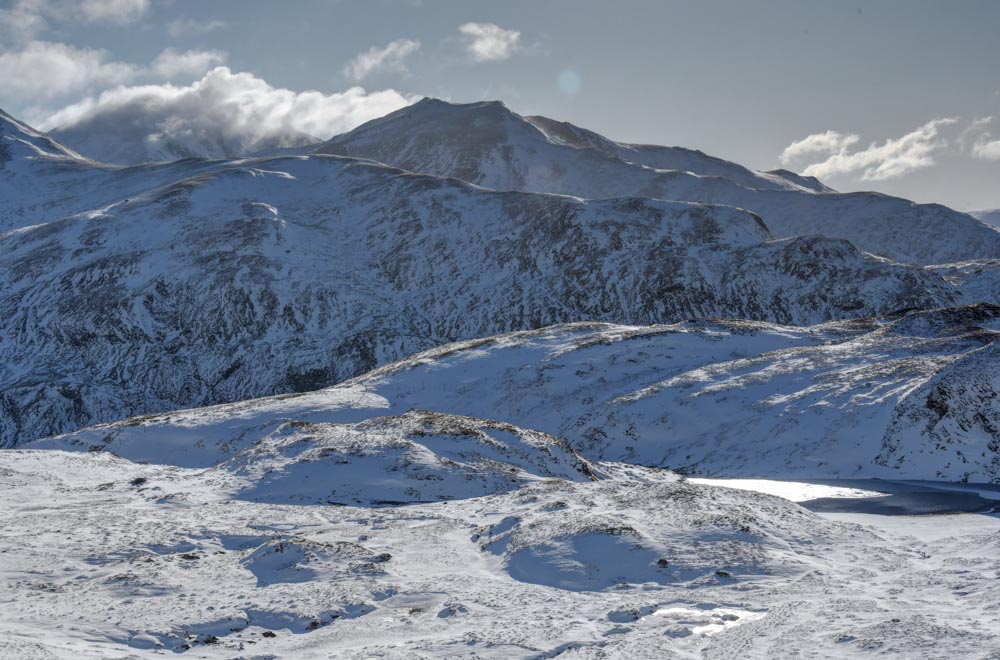 A reminder of Spring – Purple Saxifrage frosted into the snow and ice. 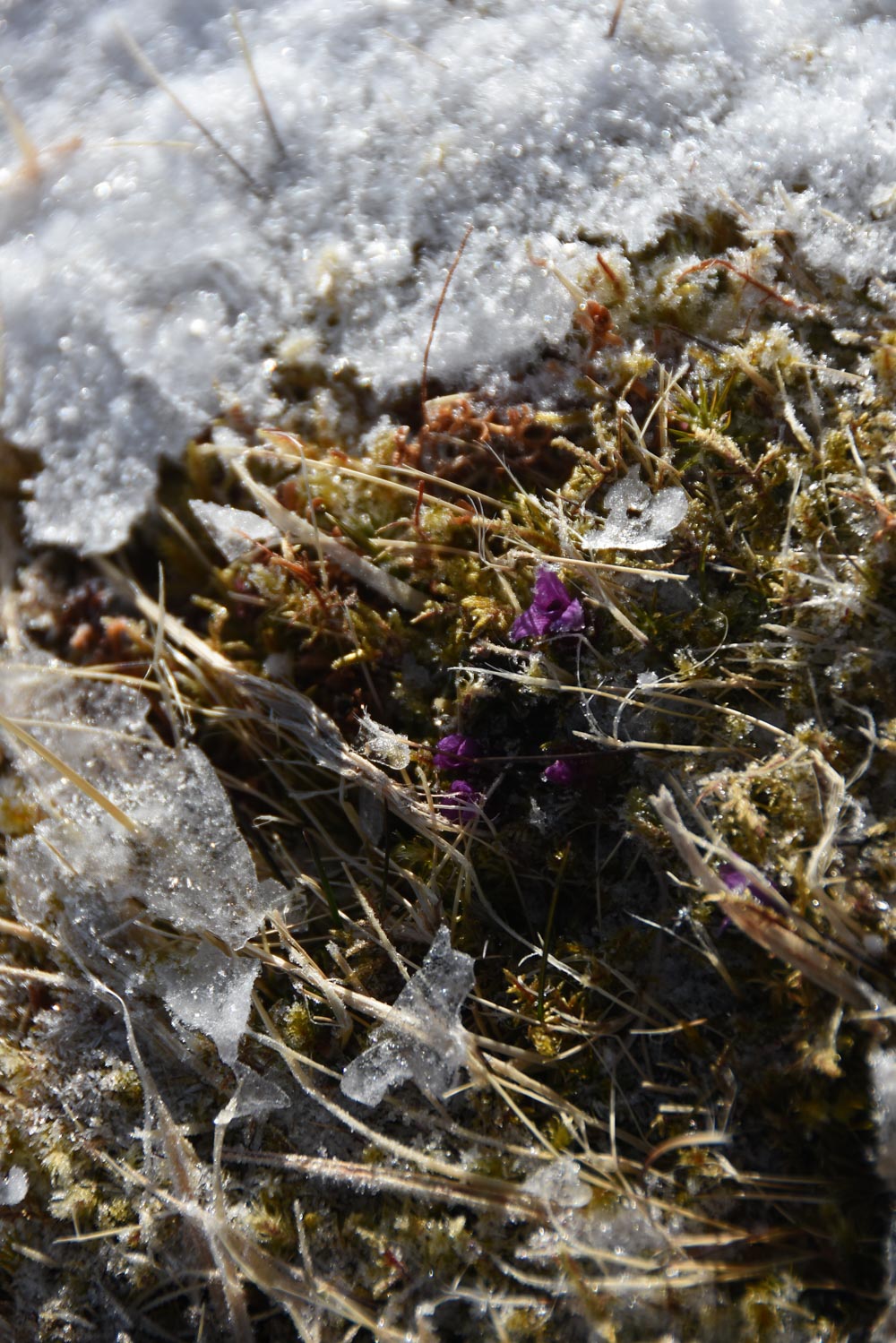 Once onto the ridgeline we stuck on the flexible crampons. A few harder patches meant they were of some use (although not essential).

From here we got a view south-east to Loch Tay. 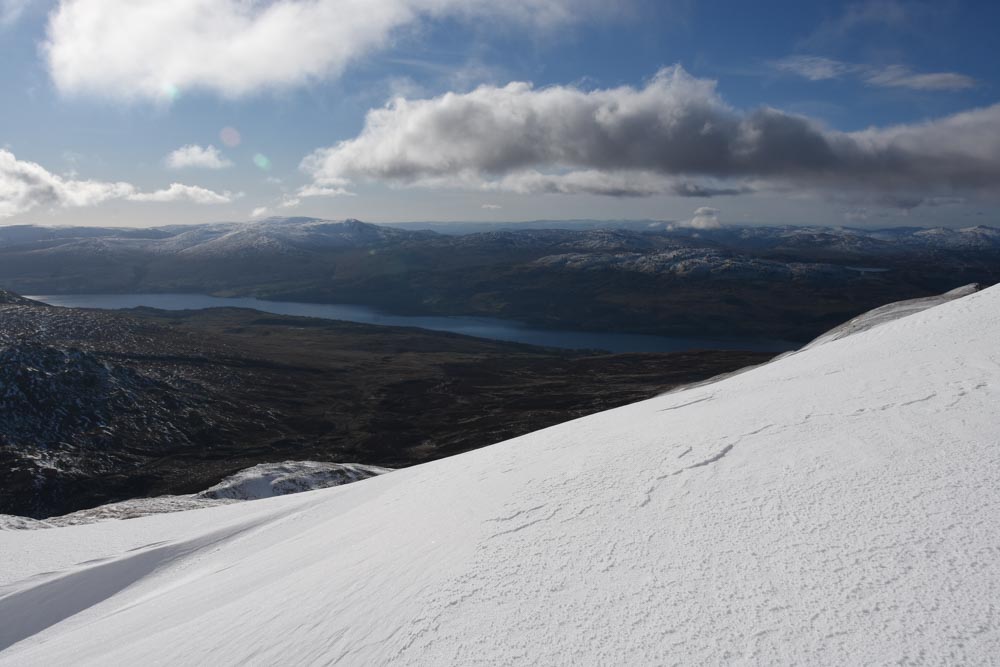 ….and out south over the more usual approach to Ben Vorlich and Stuc a Chroin.

South to Vorlich and Stuc a Chroin: 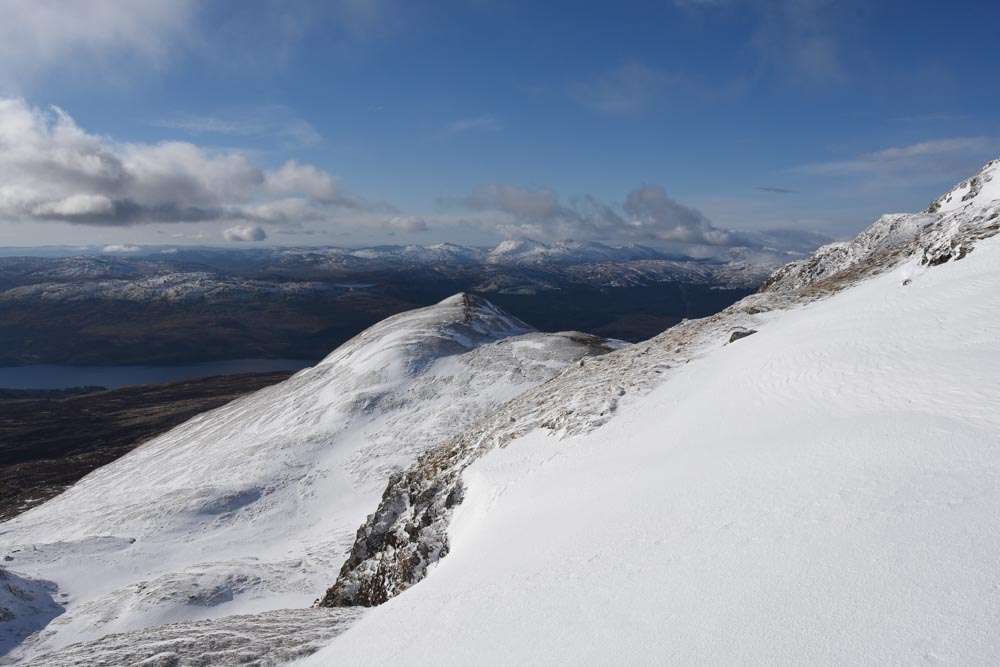 A short pull from here to the summit. 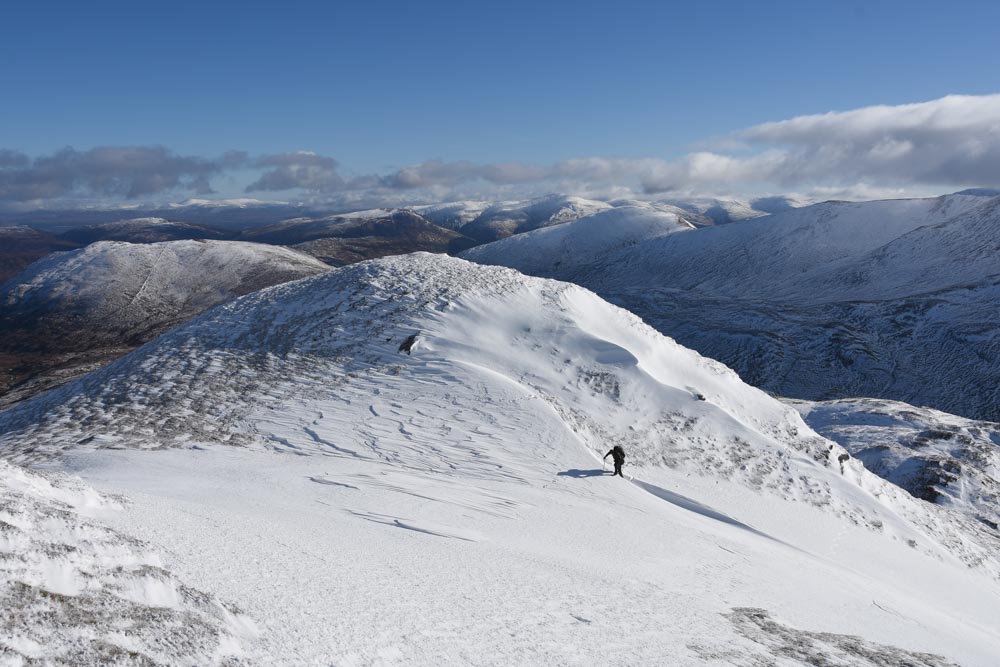 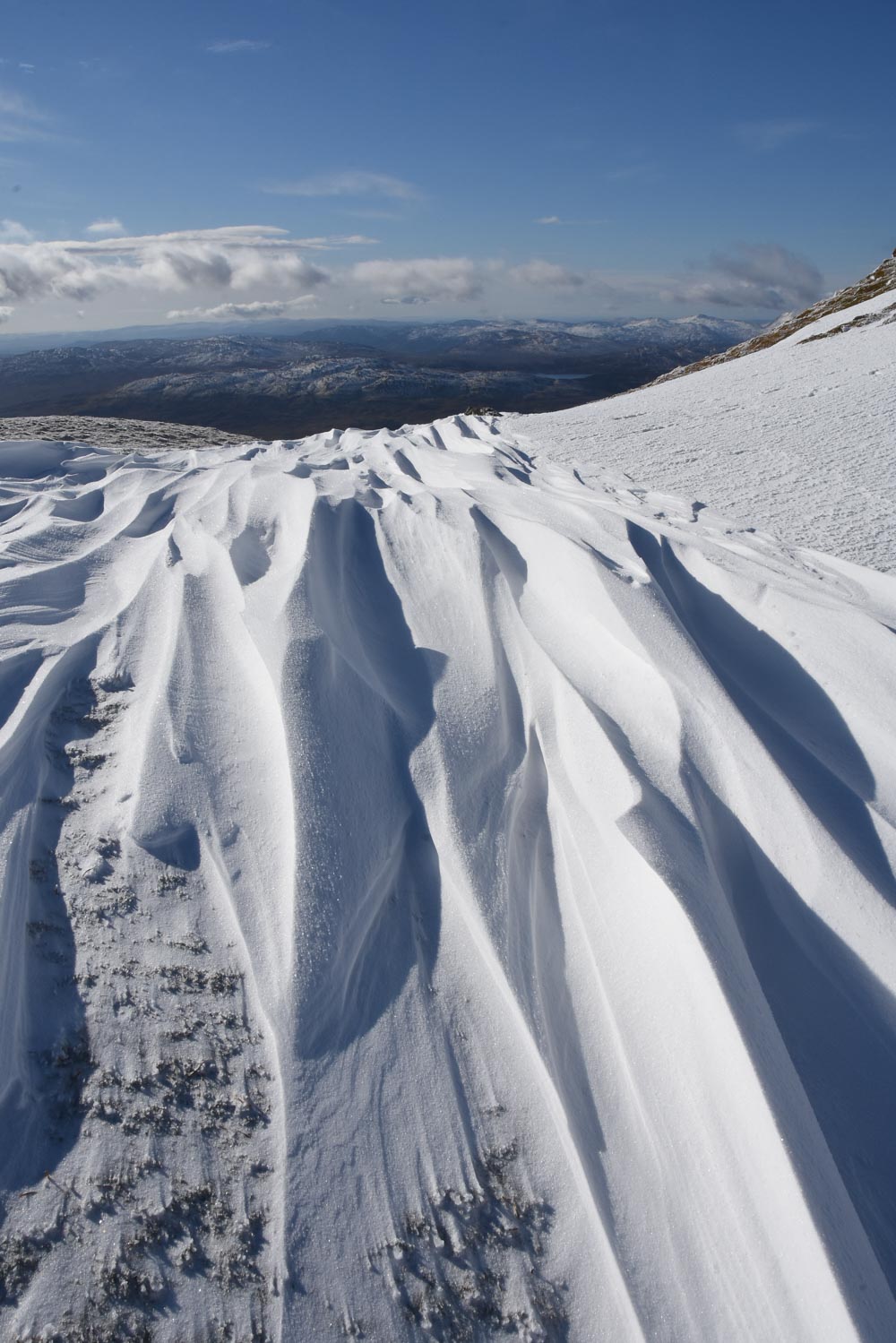 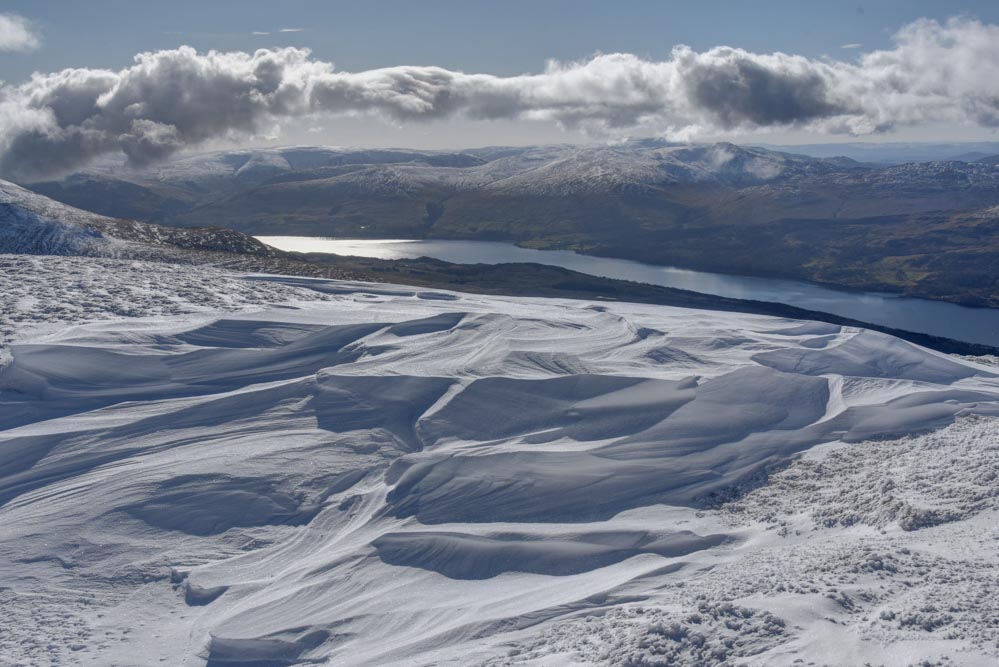 Sat at the summit for 45 minutes. We’d started pretty early and there were still only 2 cars in the new car park and no sign of anyone else on the hill.

Out of the wind at the summit we could enjoy the warmth of a spring sun.

Could hear a Ring Ouzel singing although sight of the bird eluded us.

A pretty white scene for almost May – a few clouds building as we got up to head on.

Across to Meall Garbh: 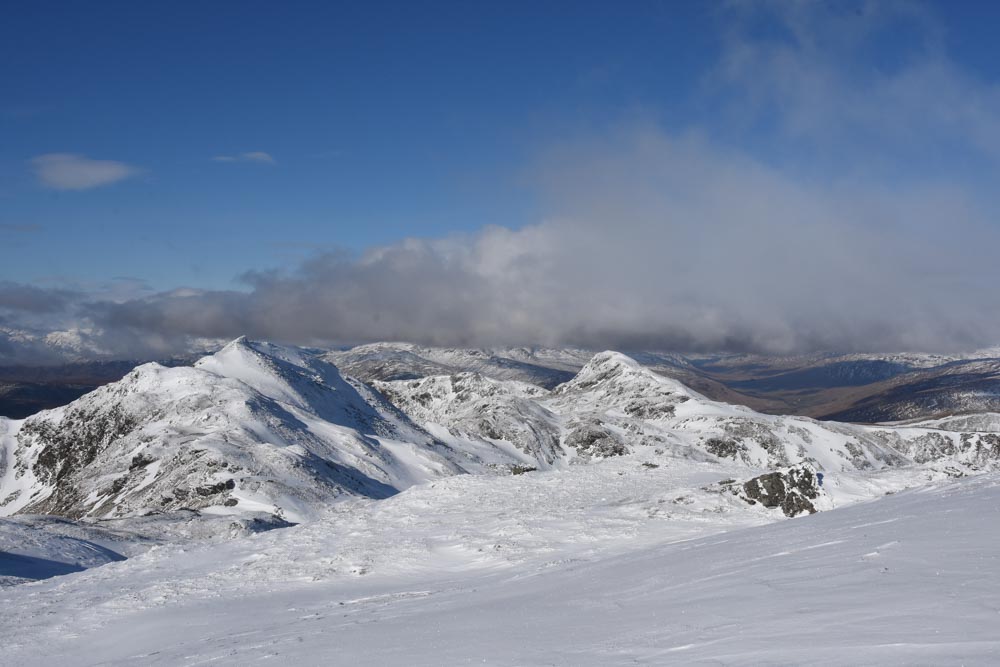 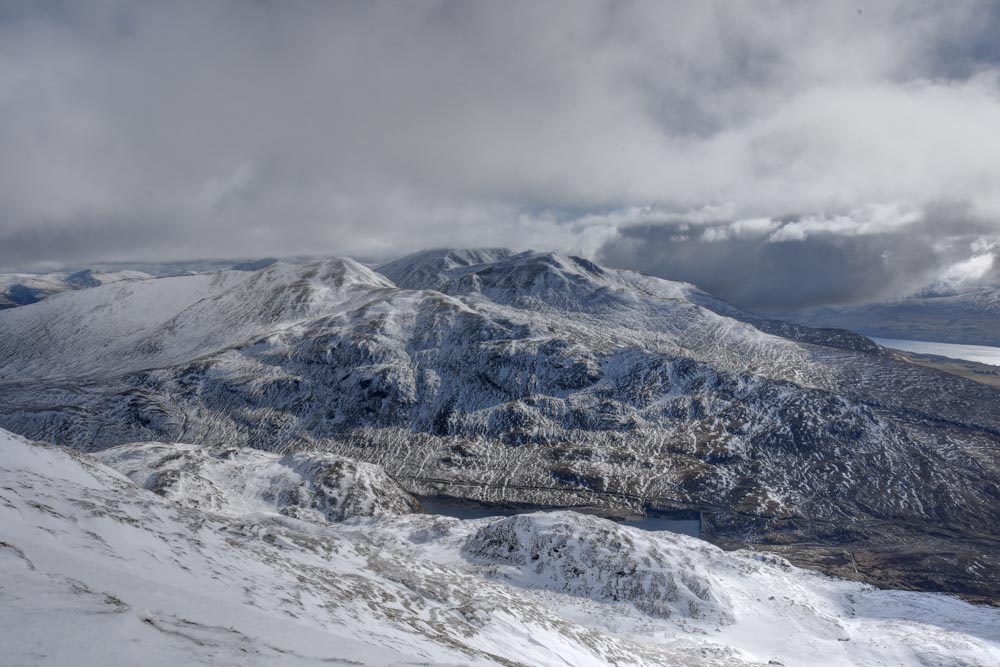 It’s just an easy wander over to Meall Garbh. A mix of new snow and some harder patches. 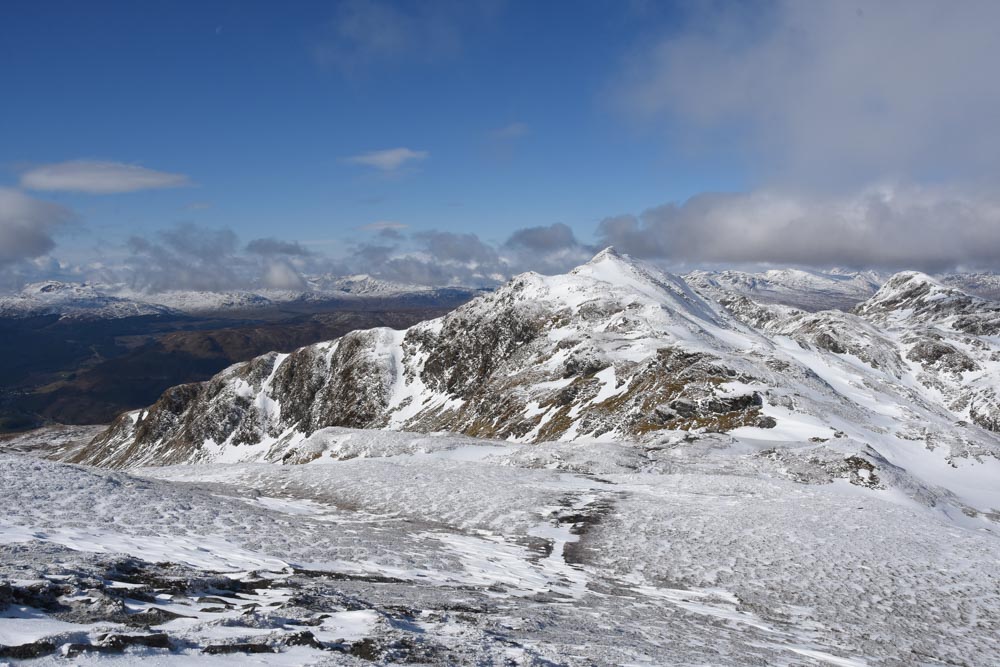 Meall Garbh is a rather pointy looking peak, if rather more look than substance. 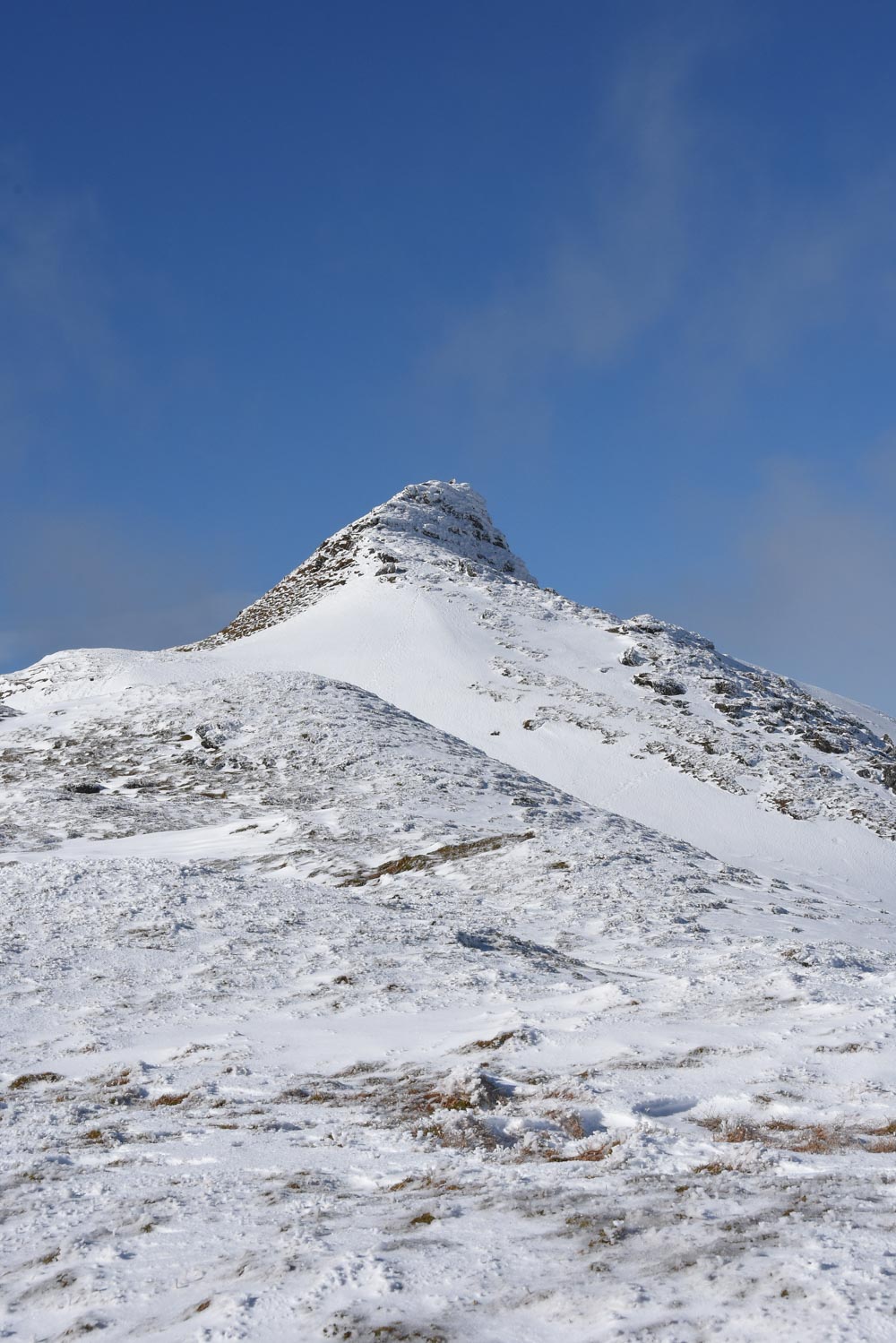 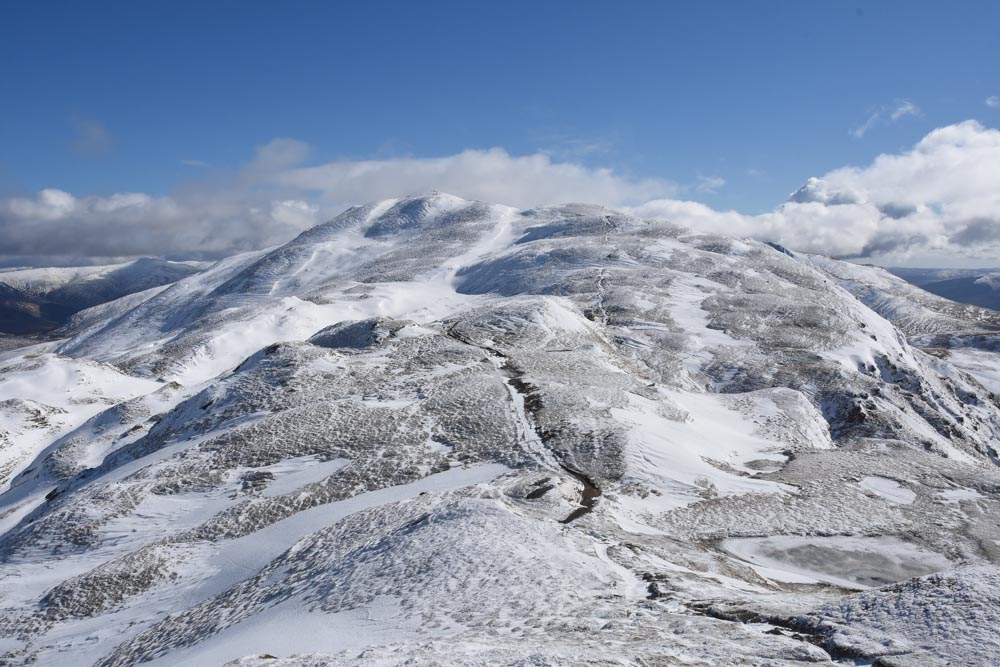 Enjoyed the experience of a little late consolidated snow – will be missing this for a while. 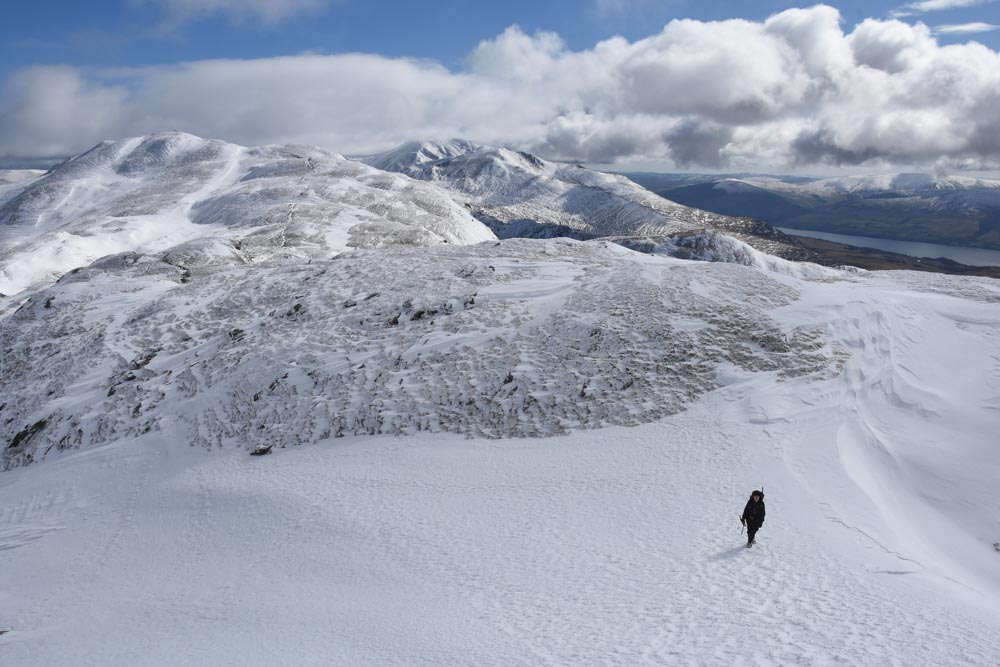 From Meall Garbh we had a view along Glen Lochay. Summits of the hills that way were mostly hatted by cloud. 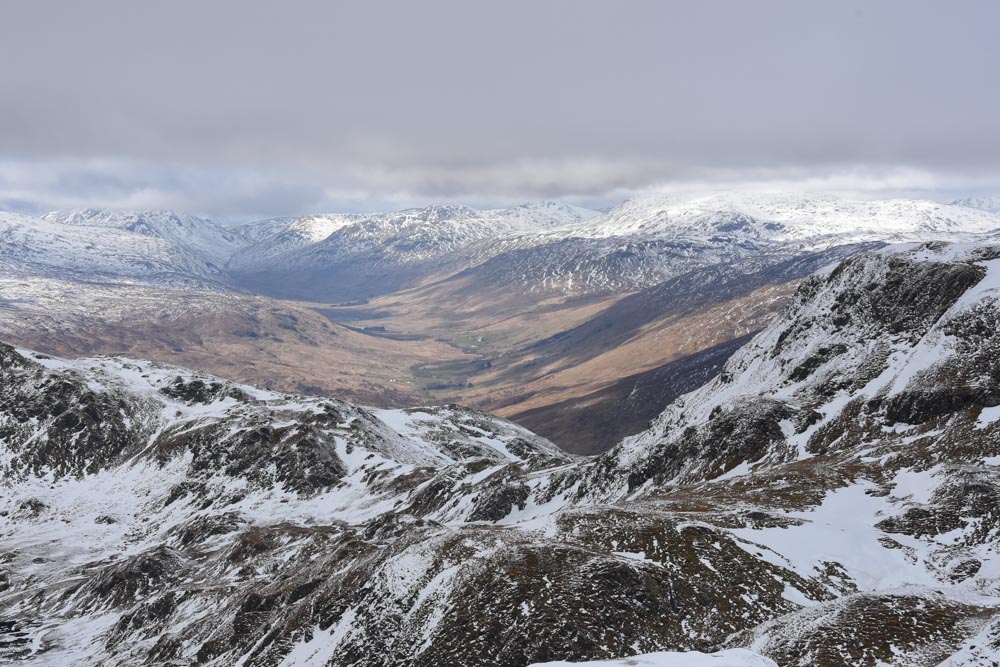 A little ridge from the Meall Garbh summit and then a steep descent before an ascent of Beinn nan Eachan. 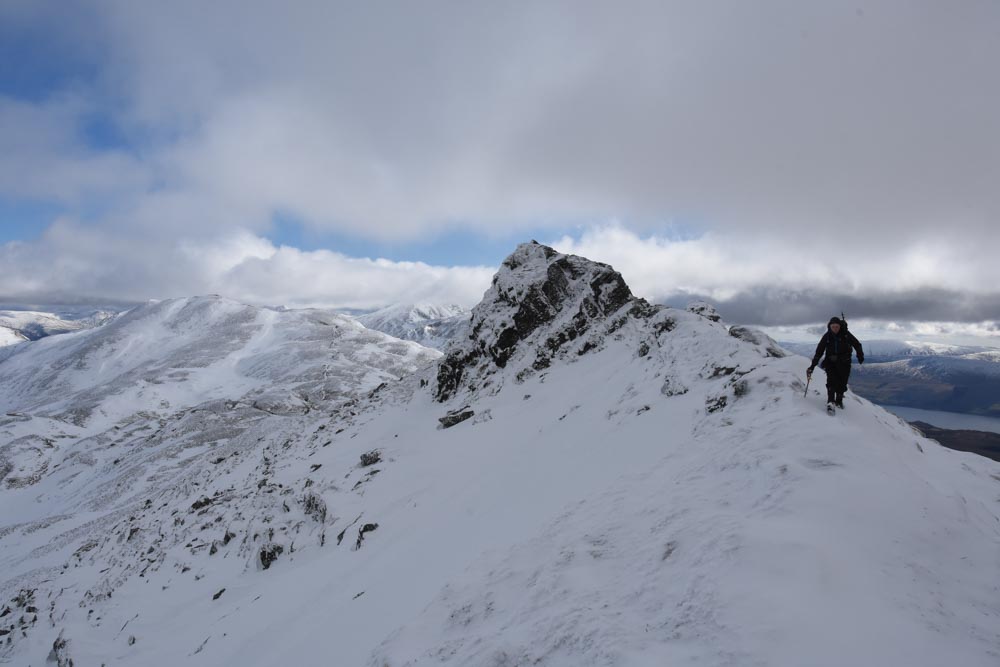 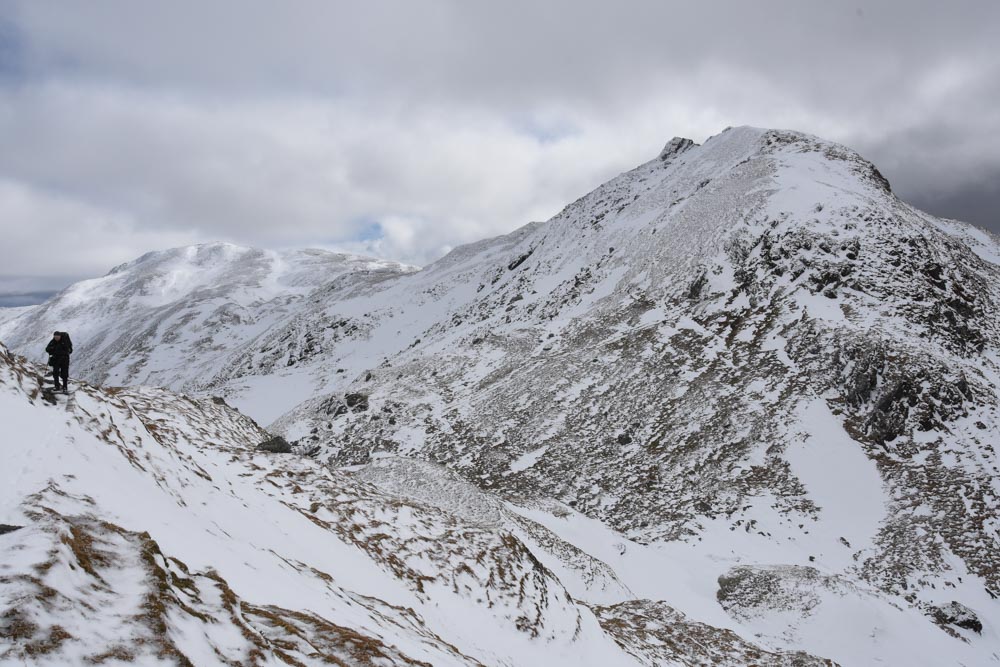 Ben Vorlich and Stuc a Chroin: 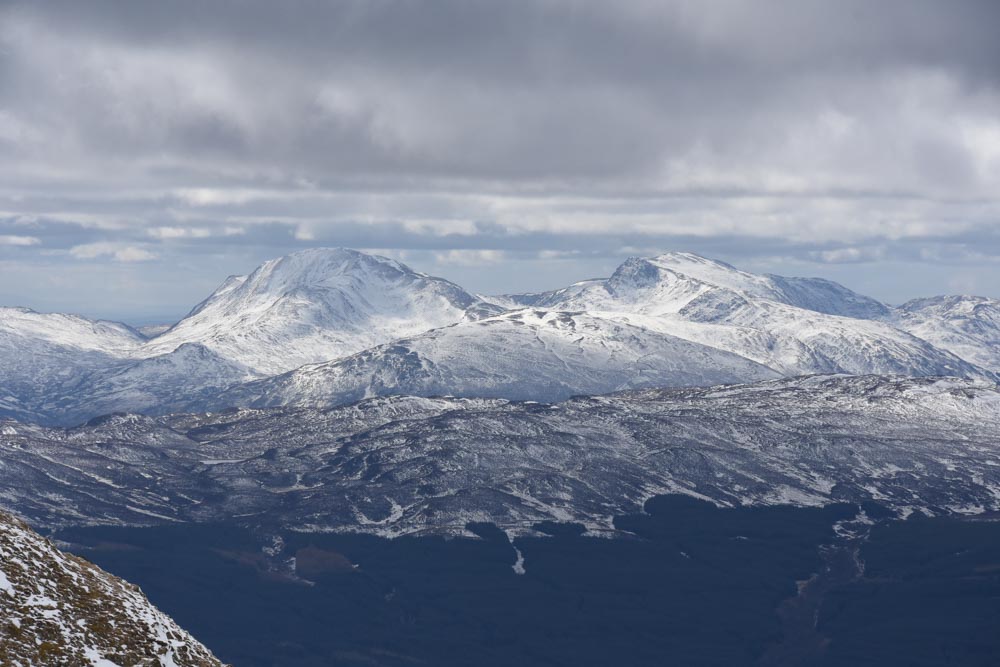 Diverted north along Beinn a Bhuic to continue round Coire Riabhailt. We were finally starting to see other walkers over on the munro summit by this point, although we’d had the hill to ourselves.

Stronger showers were starting to pulse through. We remained shower-free though. 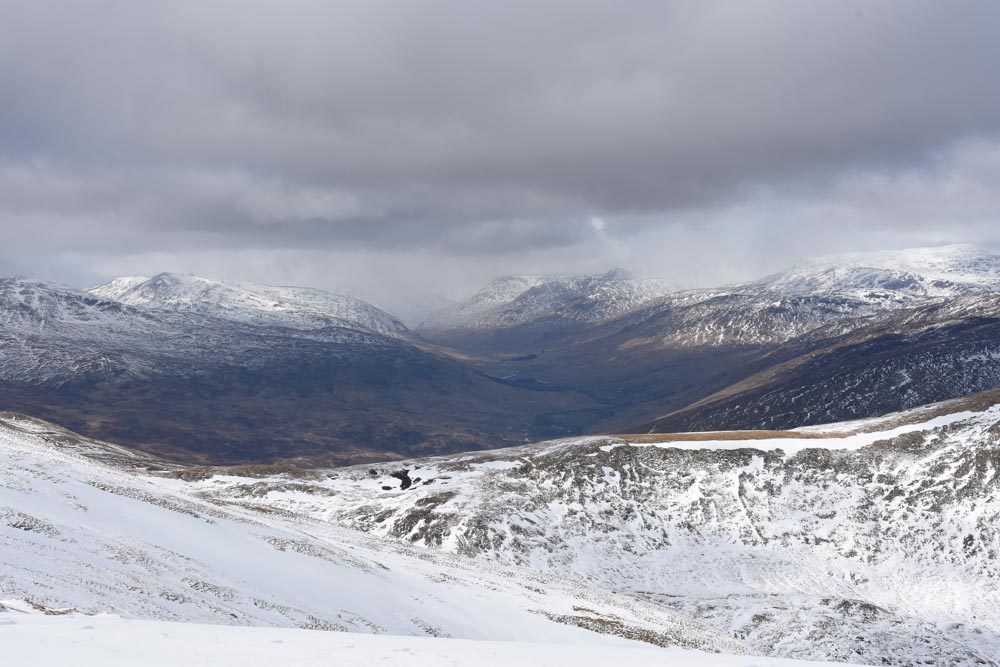 Became rather atmospheric as we wandered north with patches of sunshine and cloud.

A few Golden Plovers were holding territory and chiding us.

Meall Garbh from Beinn a Bhuic: 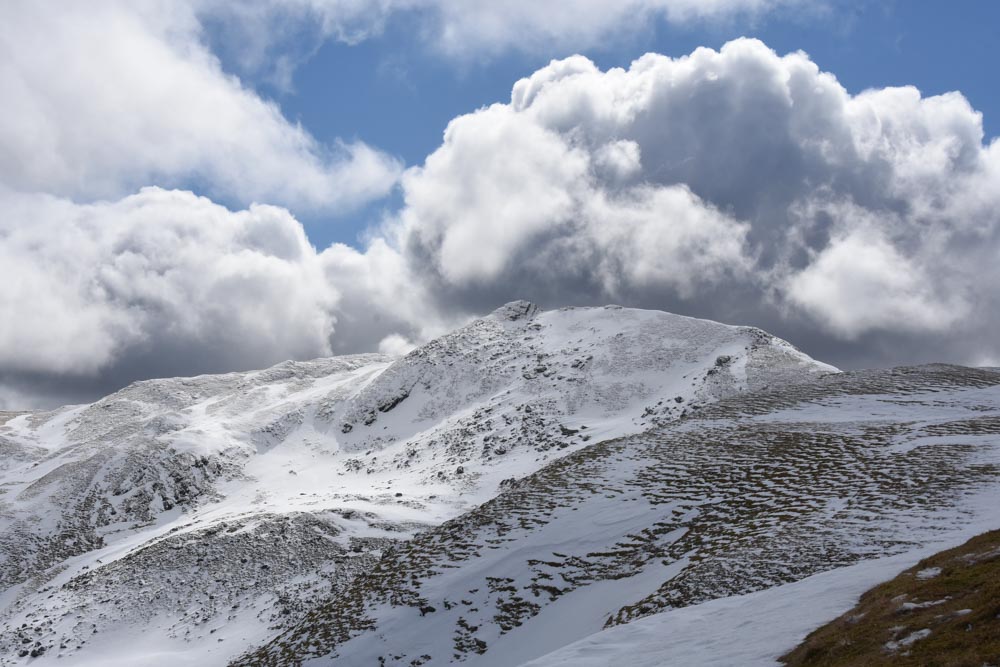 Lawers group from Beinn a Bhuic: 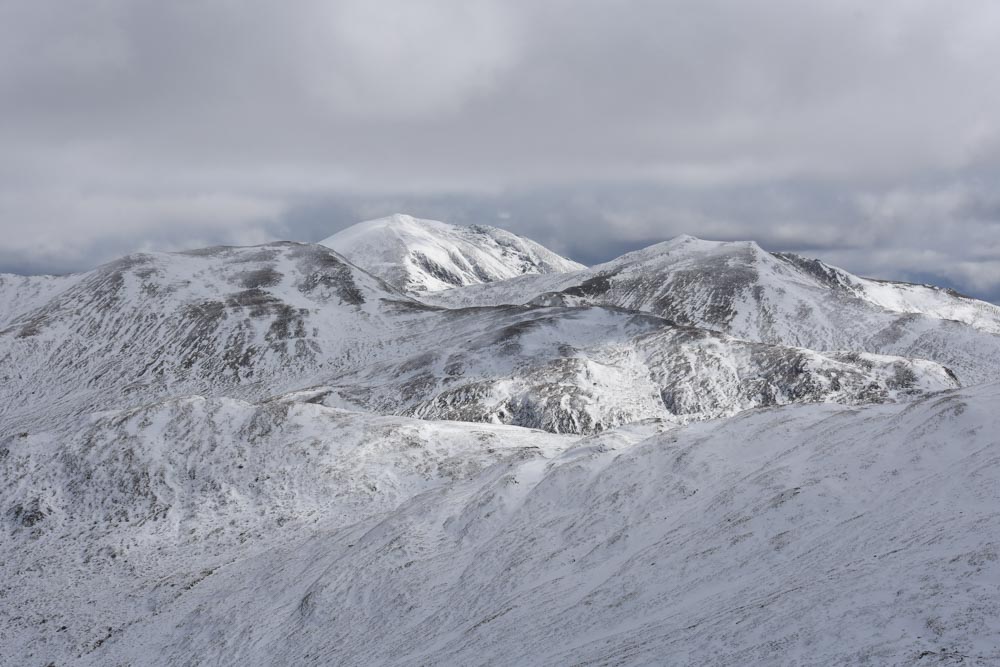 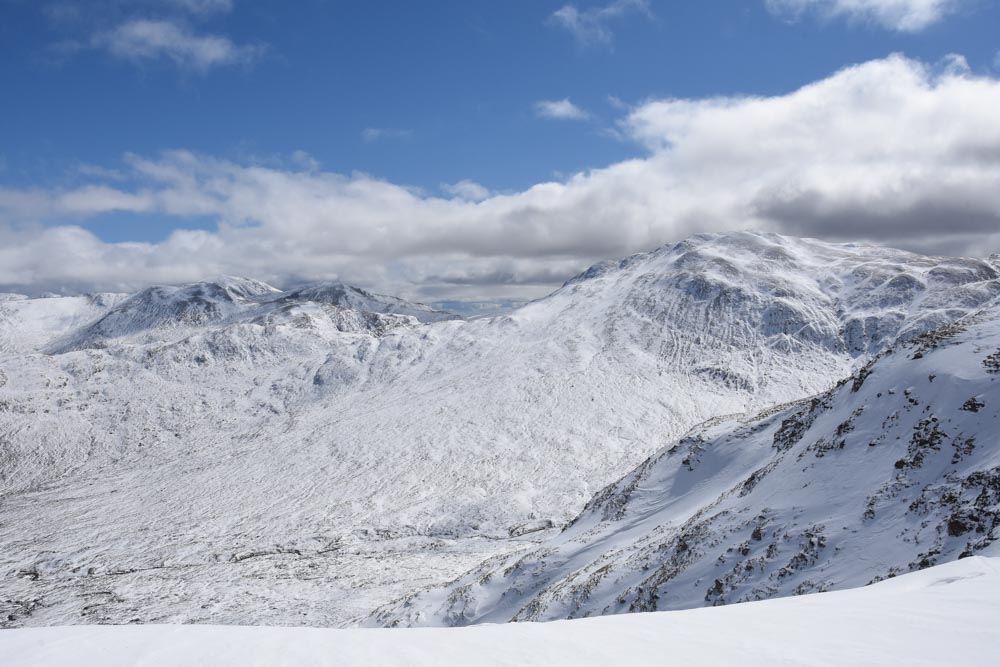 Dropped down from Creag nam Bothan to return to the car. Stopped for a second meal break at the river amongst the shielings enjoying the warmth of the sun.

The only shower of our walk to get close to us fringed past in the coire before clearing. 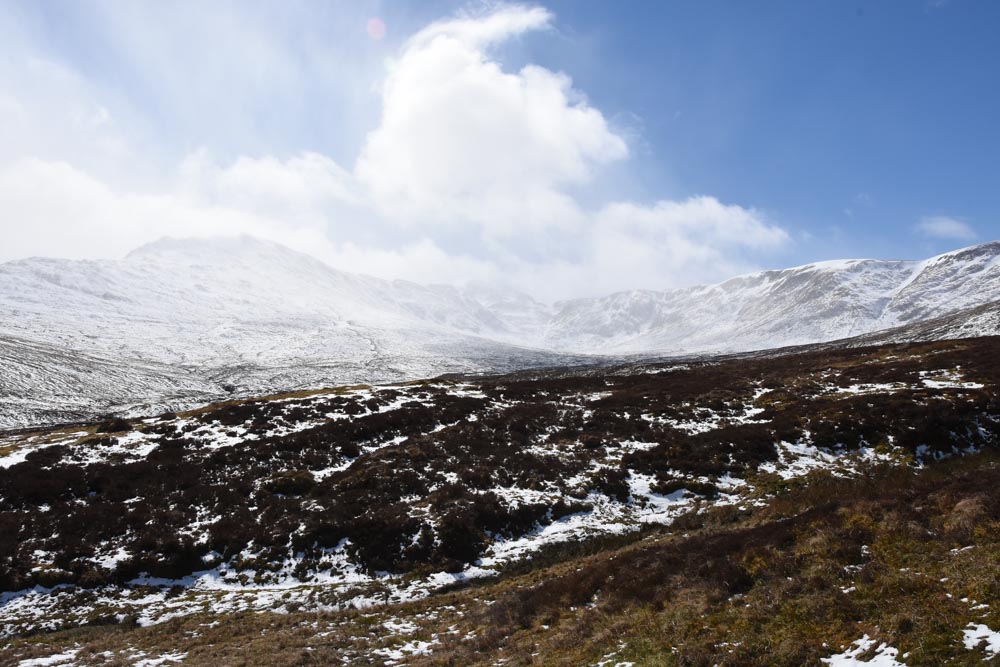 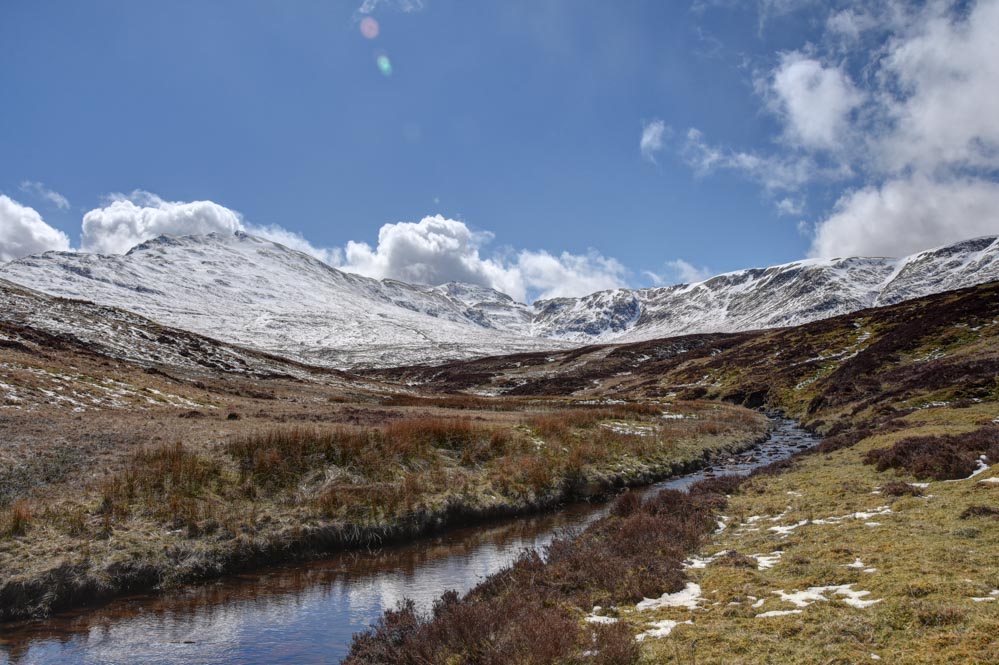 A nice wee walk. Good to feel the sun, and I for one am looking forward to some warmer days with the arrival of Spring.