From Drinishader and a bed for the night we drove round to Luskentyre with a plan to reascend Beinn Dubh. Hazel had been toiling with a back injury last time and we thought a more enjoyable visit was due.

You can simply ascend Beinn Dubh direct from the road end car park, but we set off north round the end of the beach and the coast, scouting for camp pitches. Grazing cattle meant that a pitch about 1.6km from the car was identified. 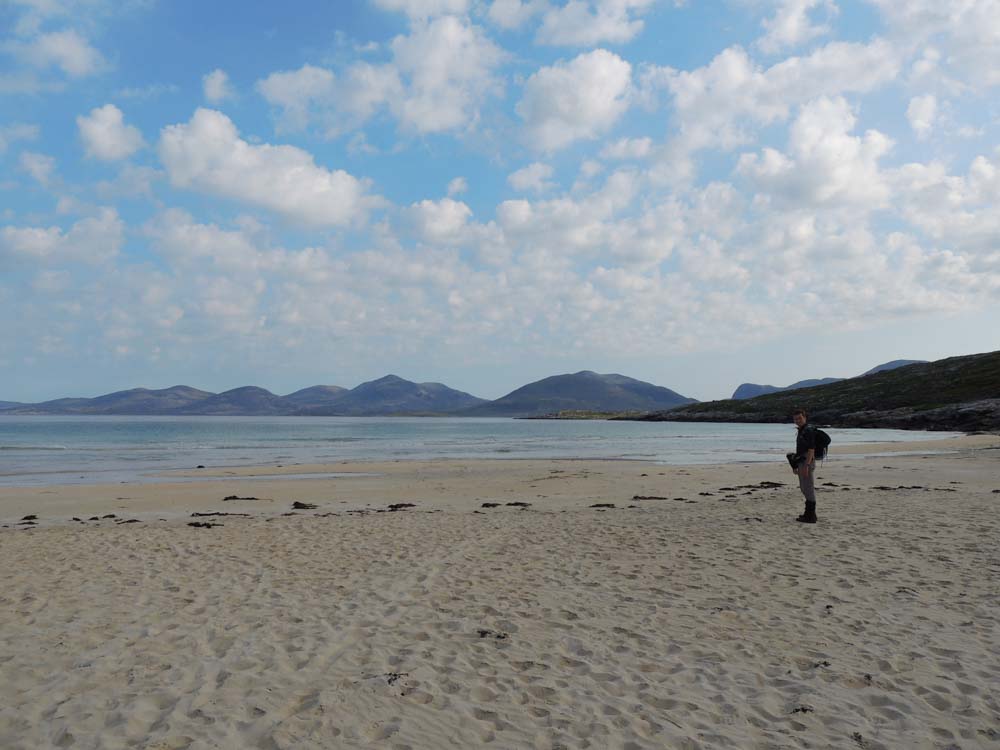 Spent a while watching the shore birds – oystercatchers and terns primarily as we enjoyed the morning sun.

Tiorga Mor across Loch a Siar. 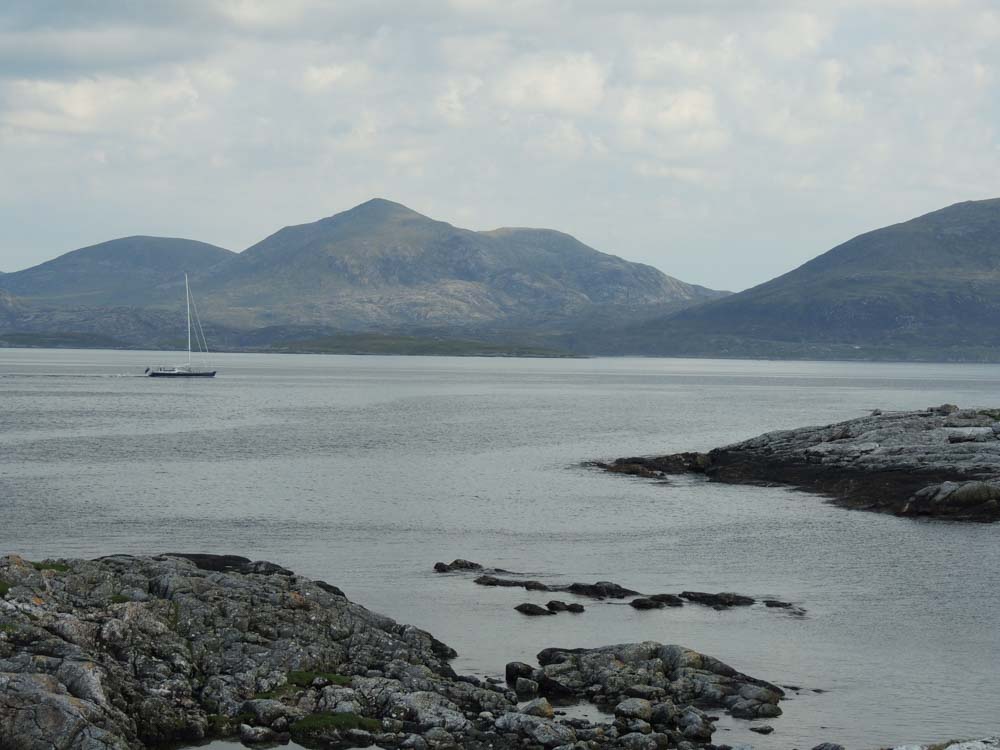 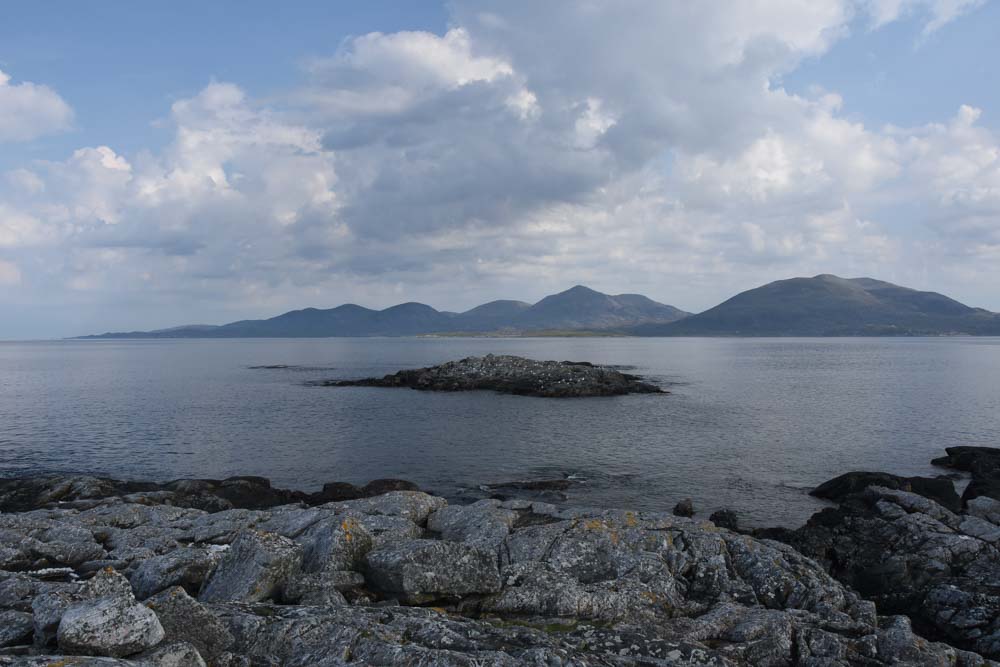 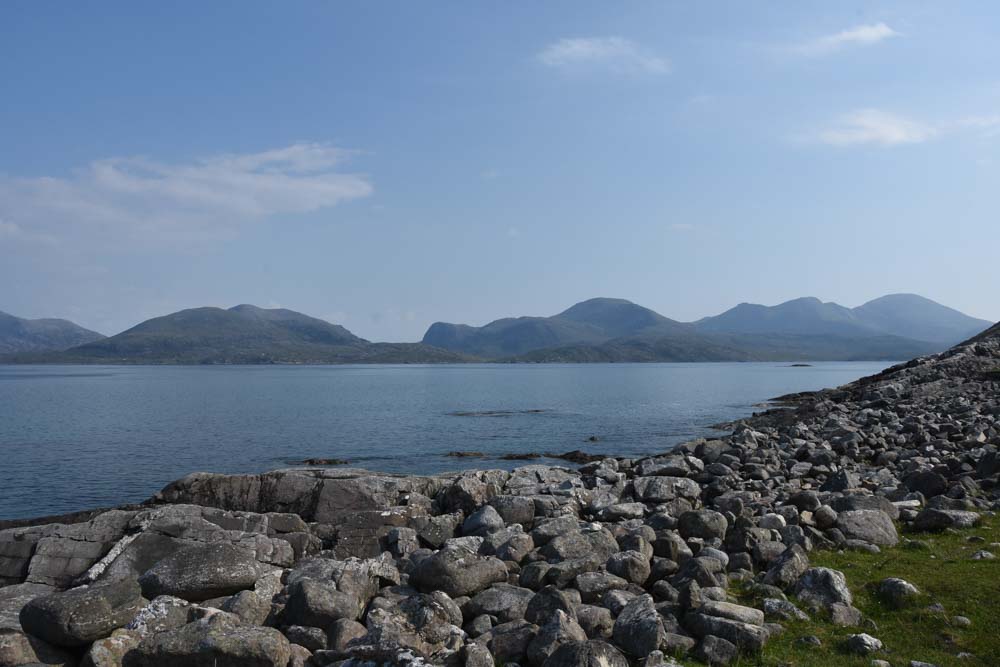 From there we simply headed south uphill onto the direct line from Luskentyre: 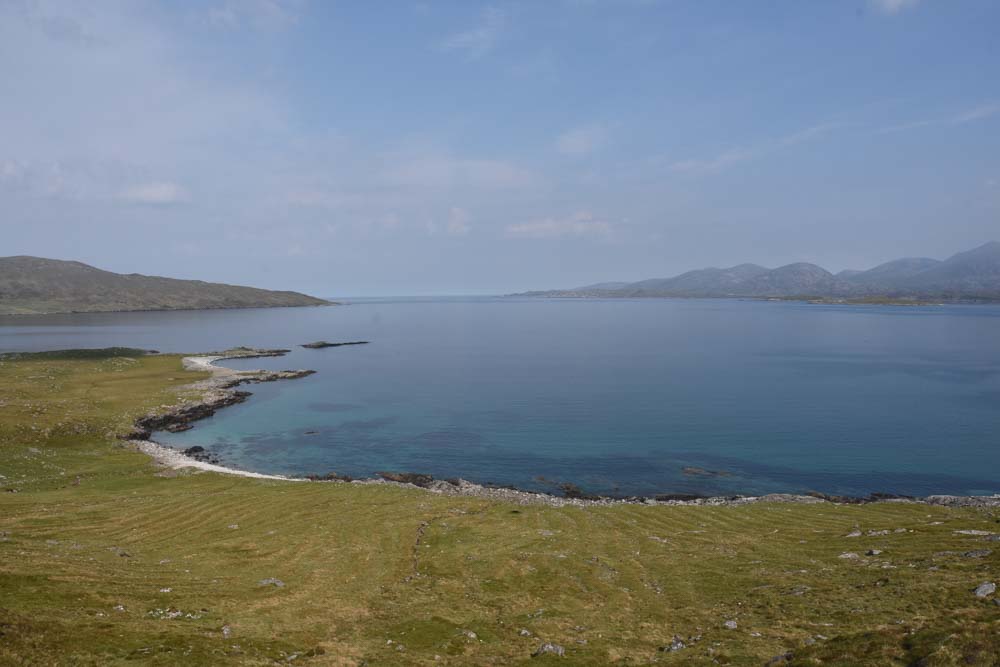 …and then direct up to the summit: 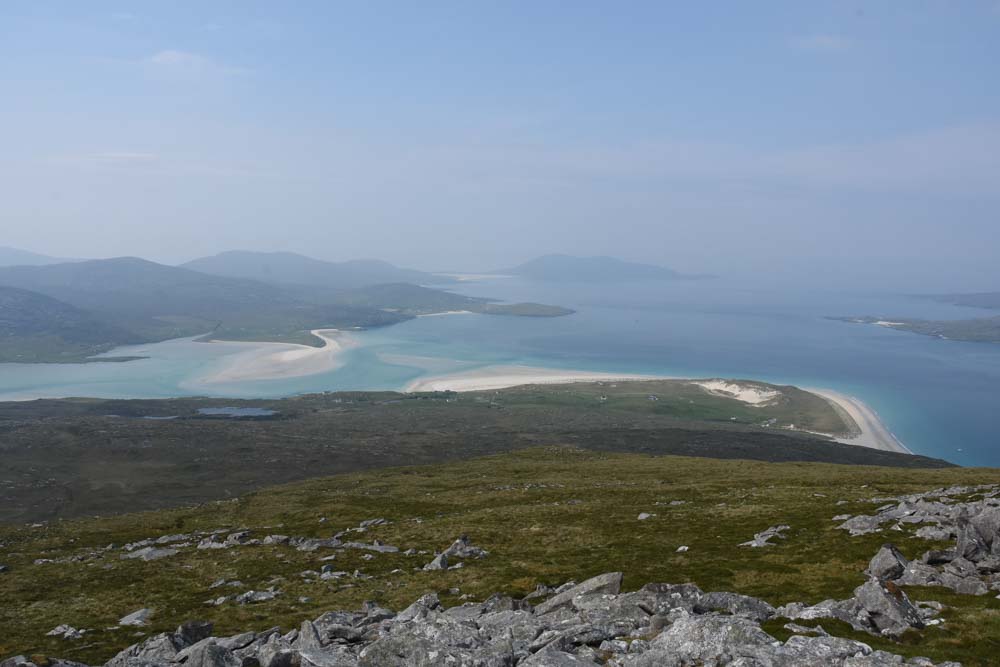 To the east the ferry was leaving Tarbert: 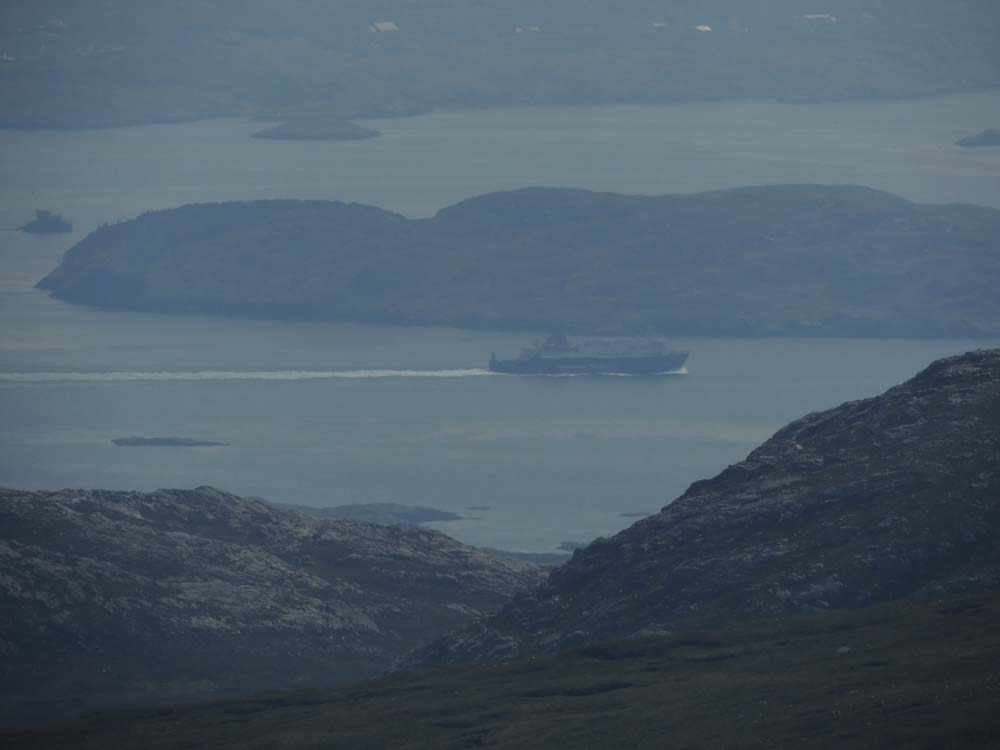 Sat around and had some food before carrying on a bit east to Beinn Losgaintir and Mullach Buidhe. 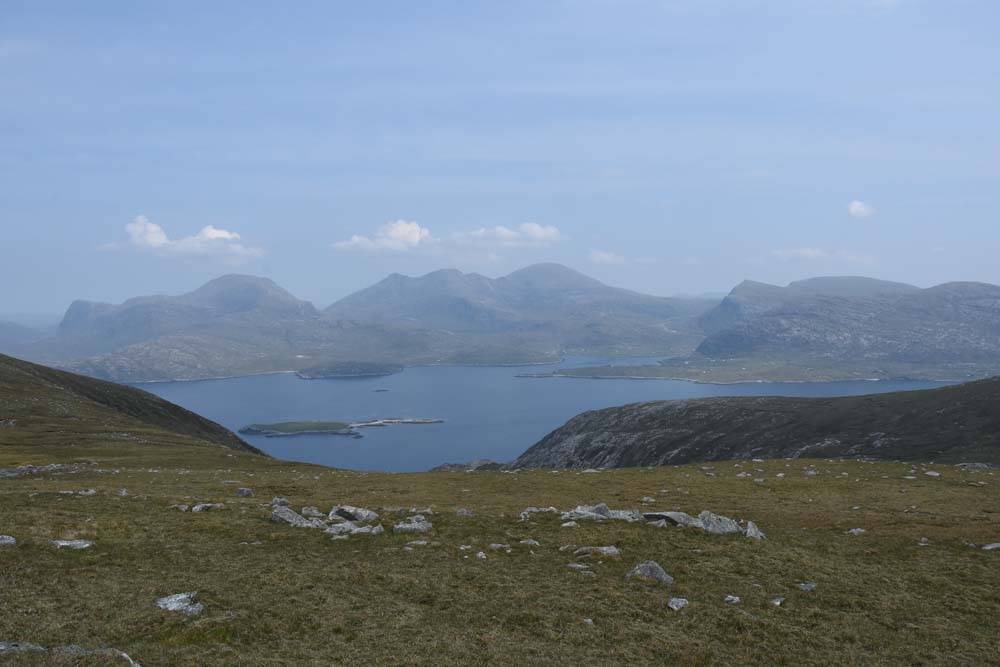 Unfortunately the first cloud of the holiday was building as the tide receded, exposing the golden sands of Luskentyre: 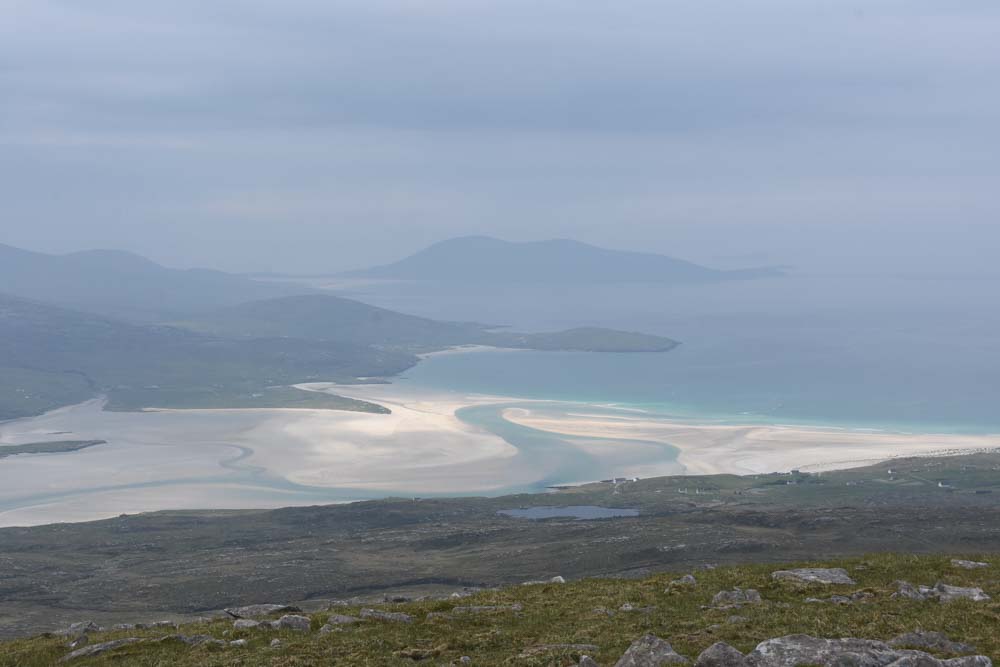 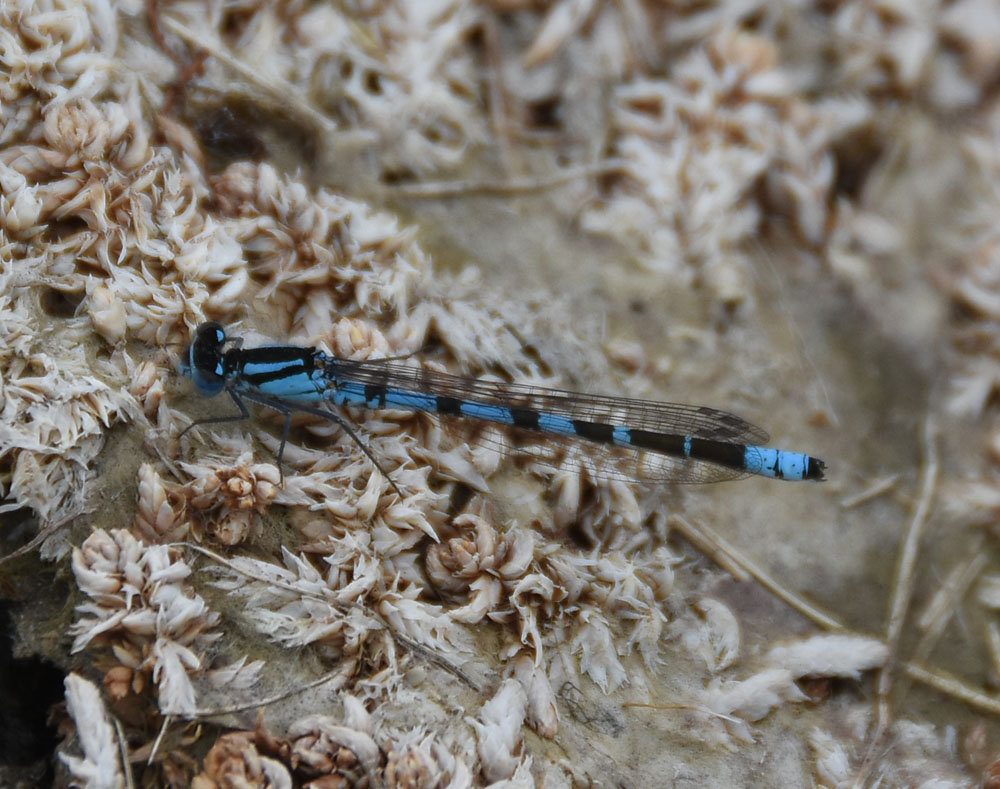 The sun was taking an unauthorised break: 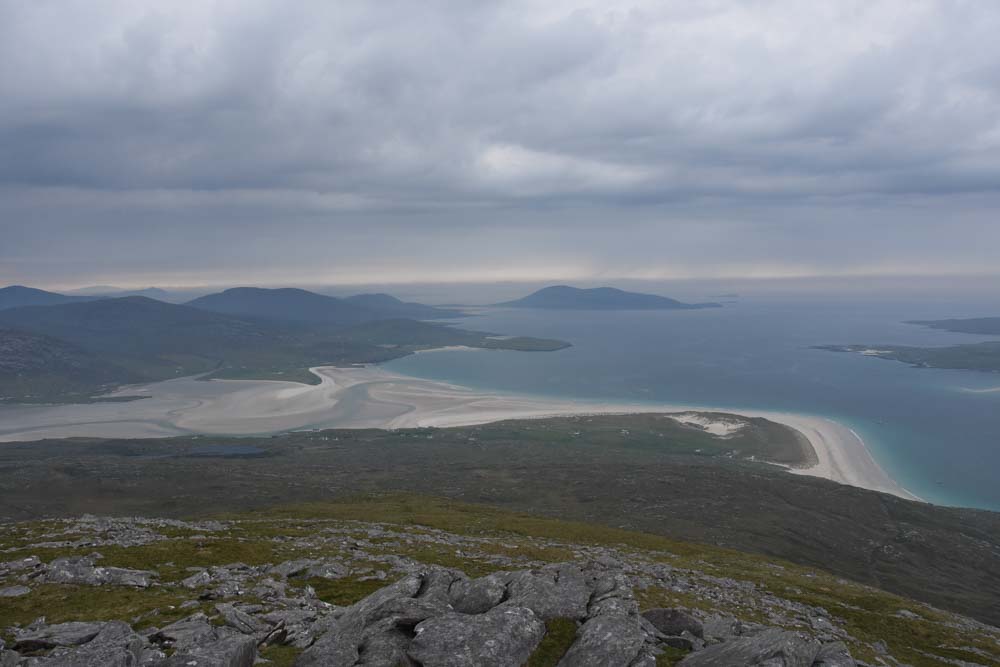 Visibility had increased though – we could finally see down to Beinn Mhor on South Uist: 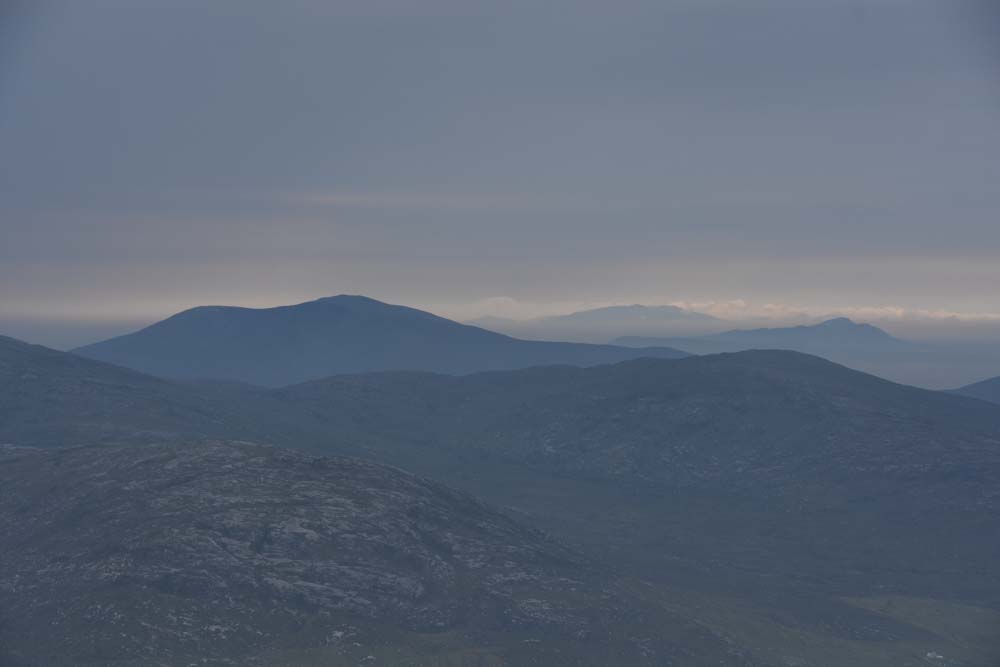 We could see rain approaching so we made a beeline downhill for the car and waited out the shower.

In the event, with a forecast for cloud in the evening and fog in the morning we decided just to pitch at the N end of Traigh Rosamul rather than walk to our further pitch. 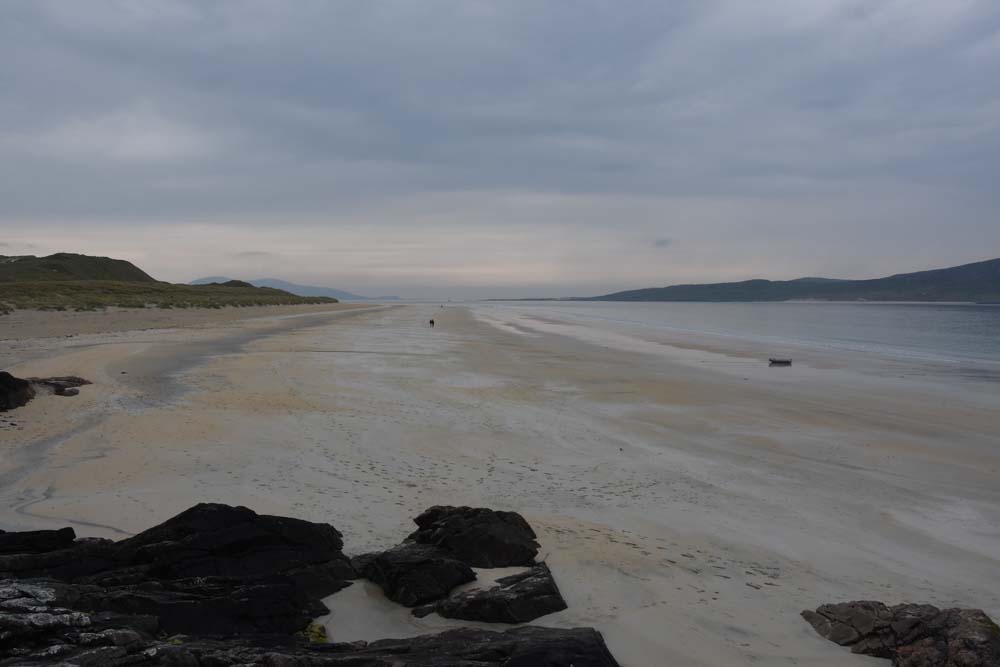 A bit more midges than the other nights, but sitting on the shore rocks we were only slightly bothered. The sun tried its best to re-emerge late in the evening. 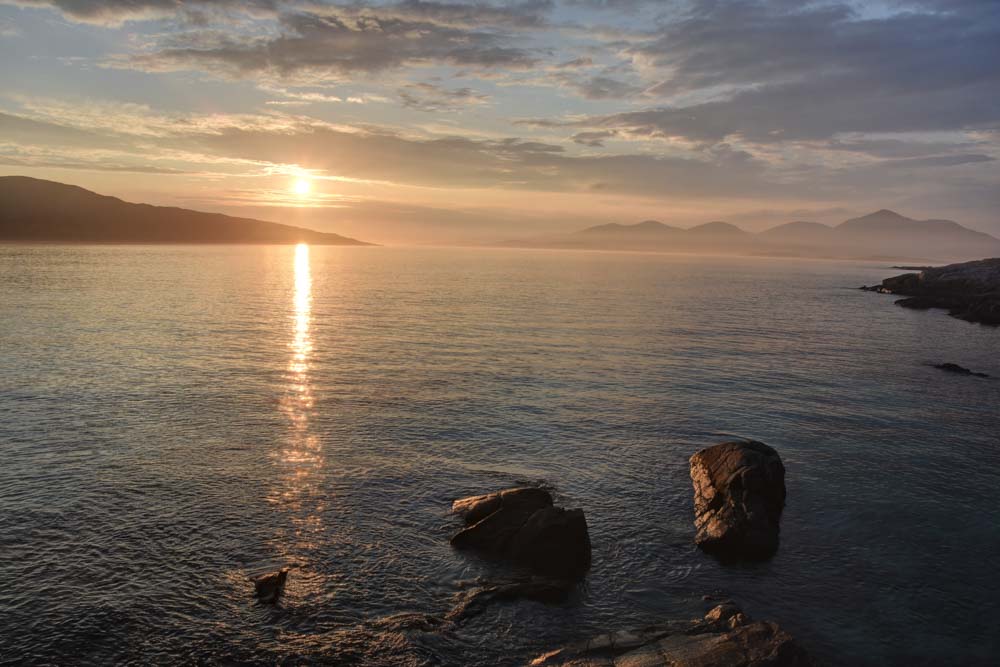 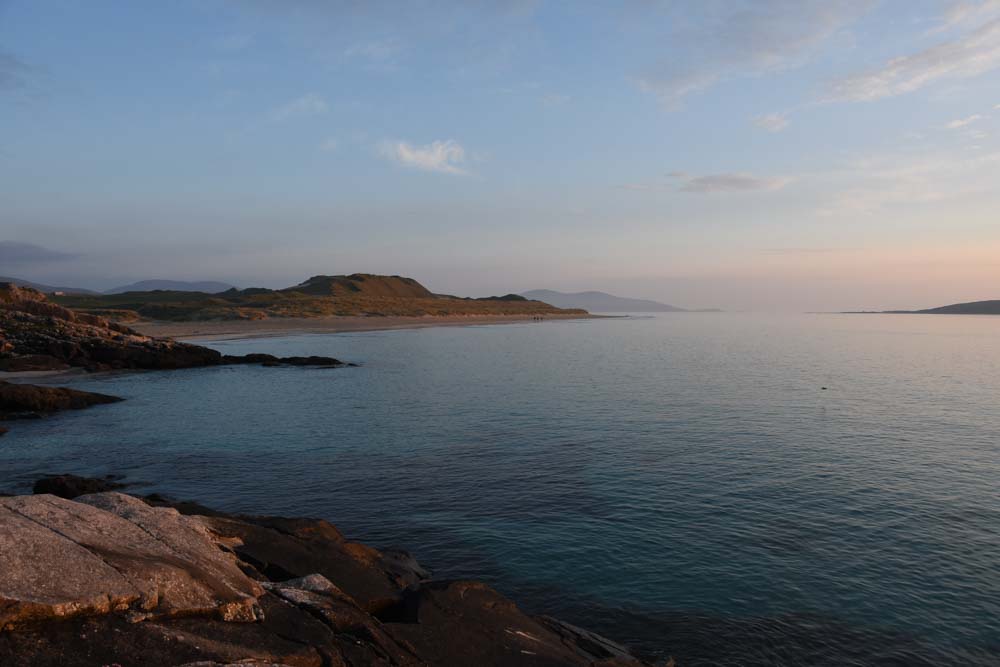 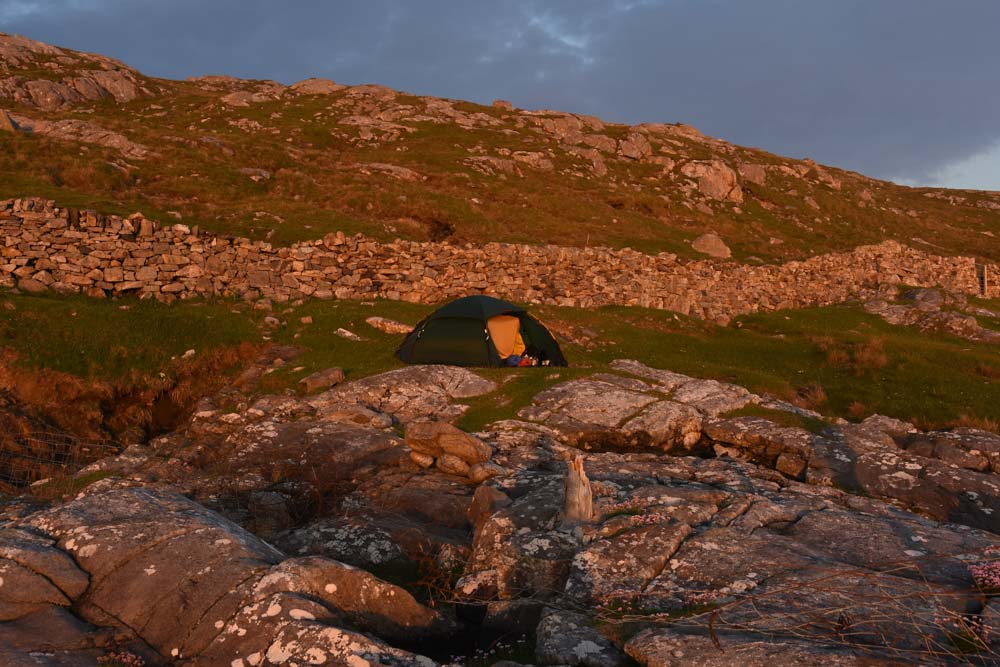 The sun eventually hit a cloud bank to the right of Taransay and we went to sleep. 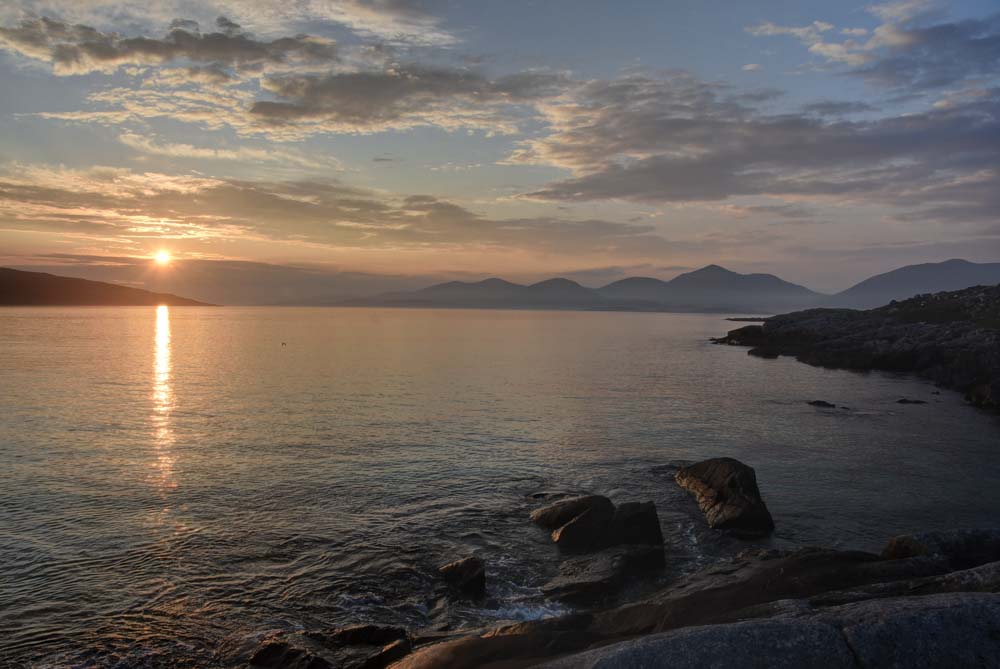