Another day with the best of any brightness in the east. We decided to visit Loch Muick and ascend at least a few of the 5 surrounding Munros.

Parked up at 0700 – the car park was already quite busy, presumably folks camping here and there. A £4 parking charge is steep…although a bottle of Cairngorm beer in Ballater had been £4.95 the night before!

Headed off on the south shore of the loch towards Broad Cairn. 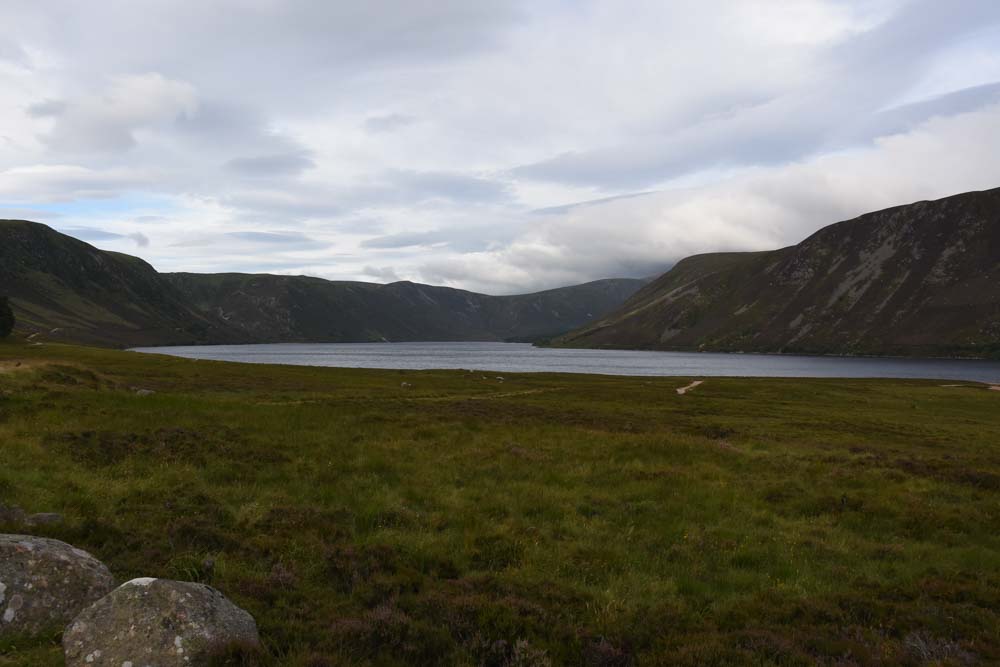 Spotted some antlers over a rise and crept up on a group of stags…needn’t have bothered as they looked up at us and then carried on unperturbed. 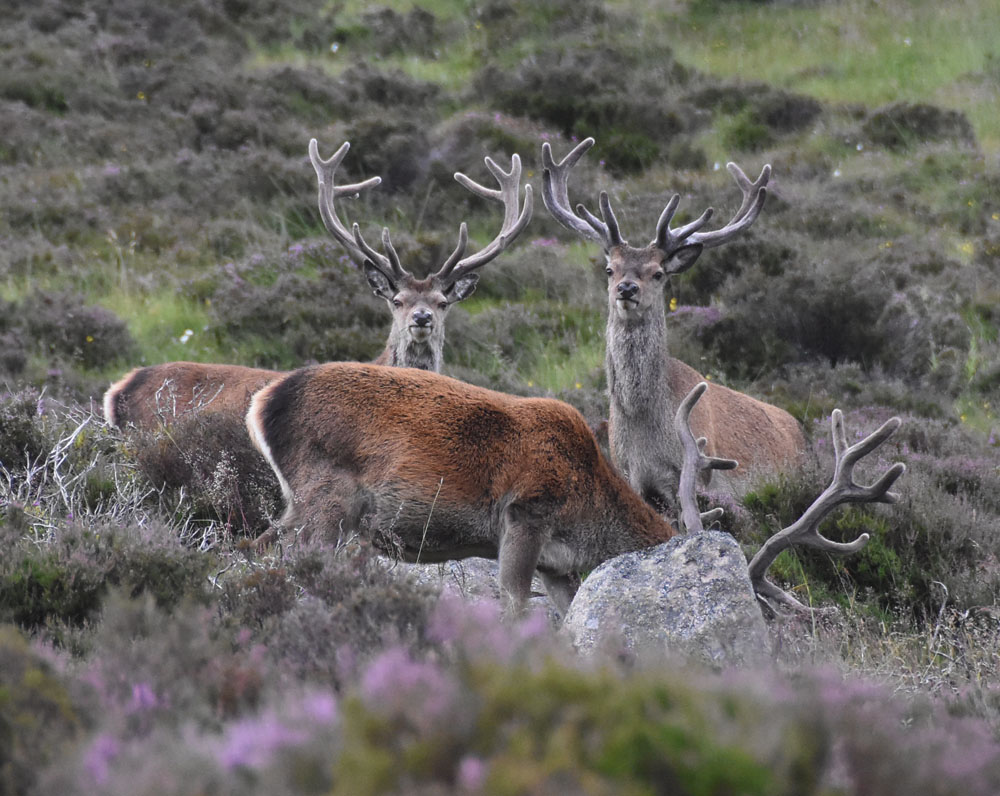 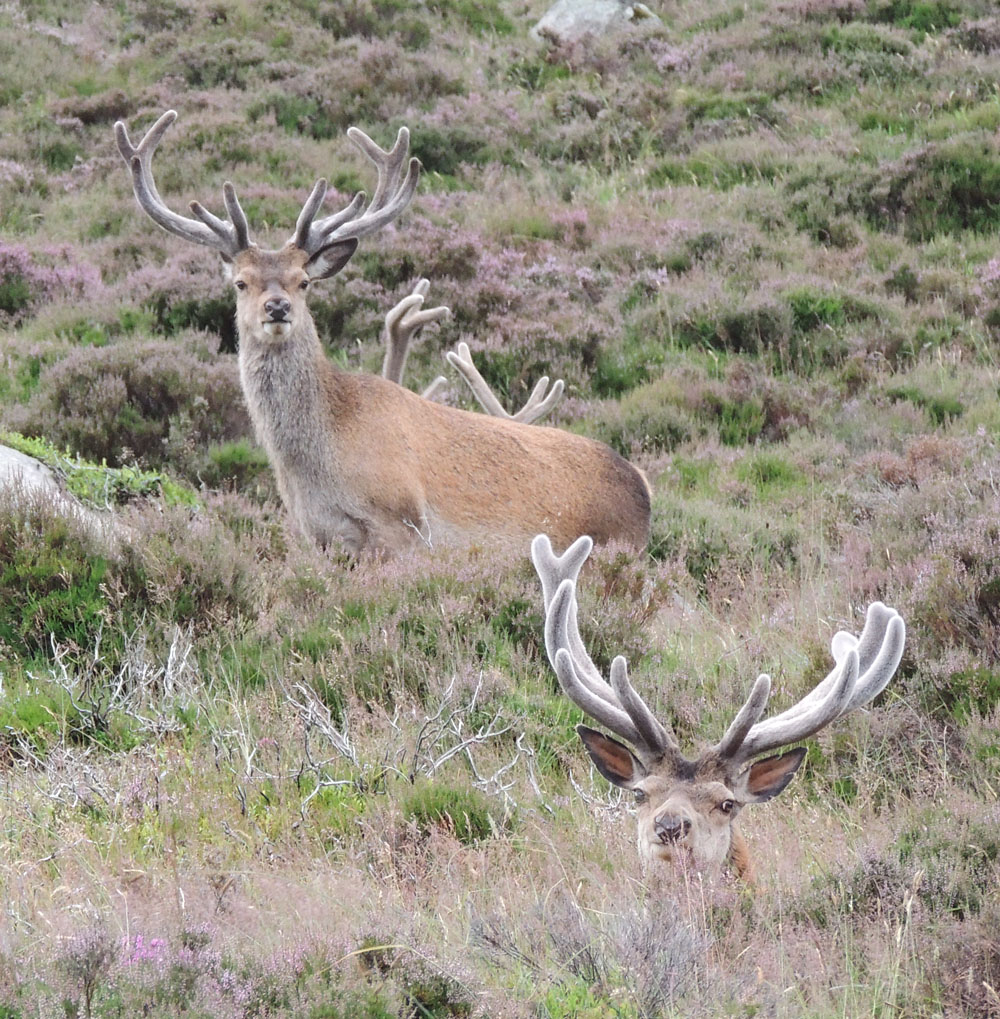 At NO 288 821 there’s a choice of a slow rising path or the quick ascending vehicle track. We took the latter to get high quicker. 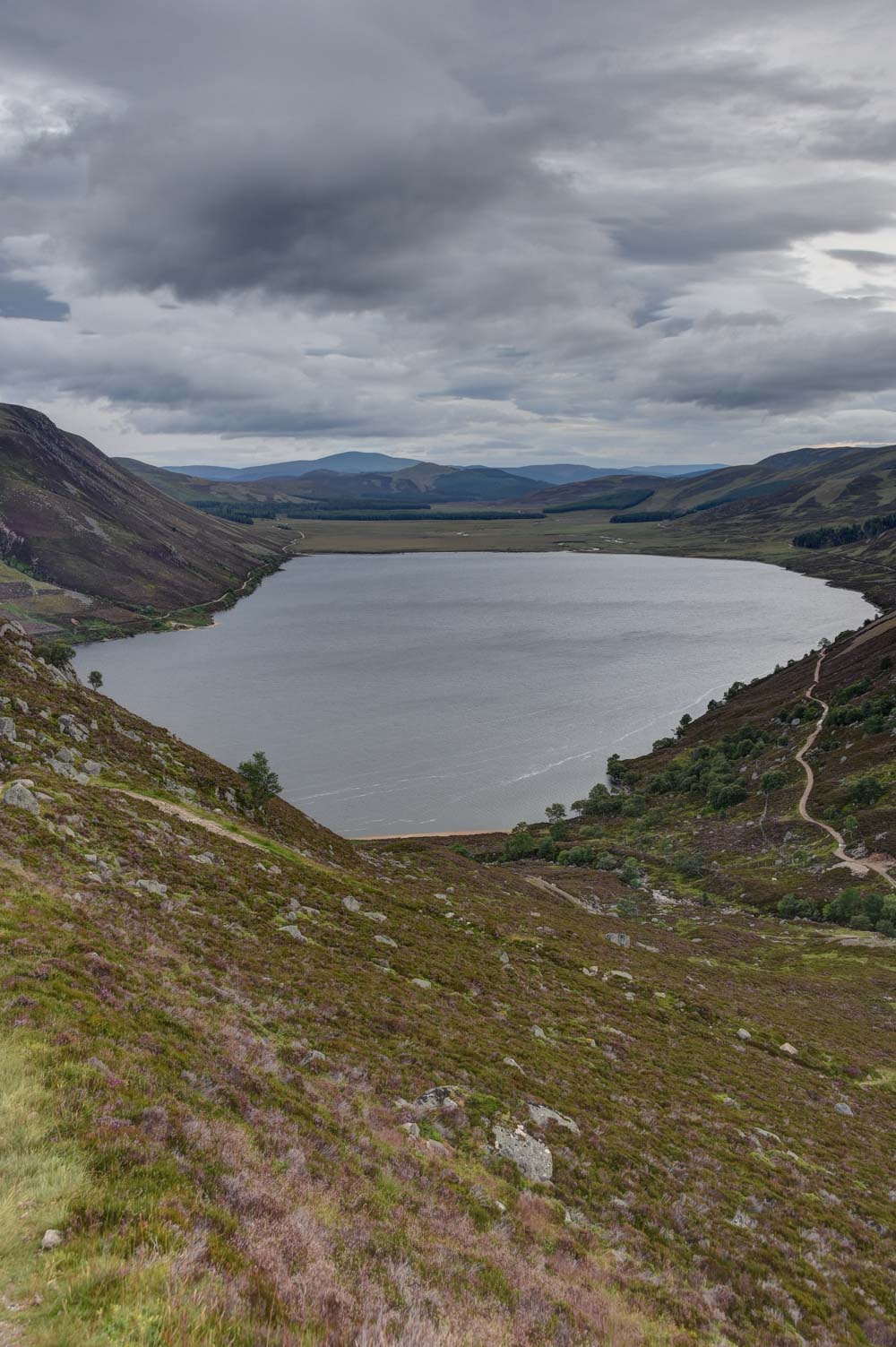 The high ground gives a view of Victoria’s lodge and the looming munros. 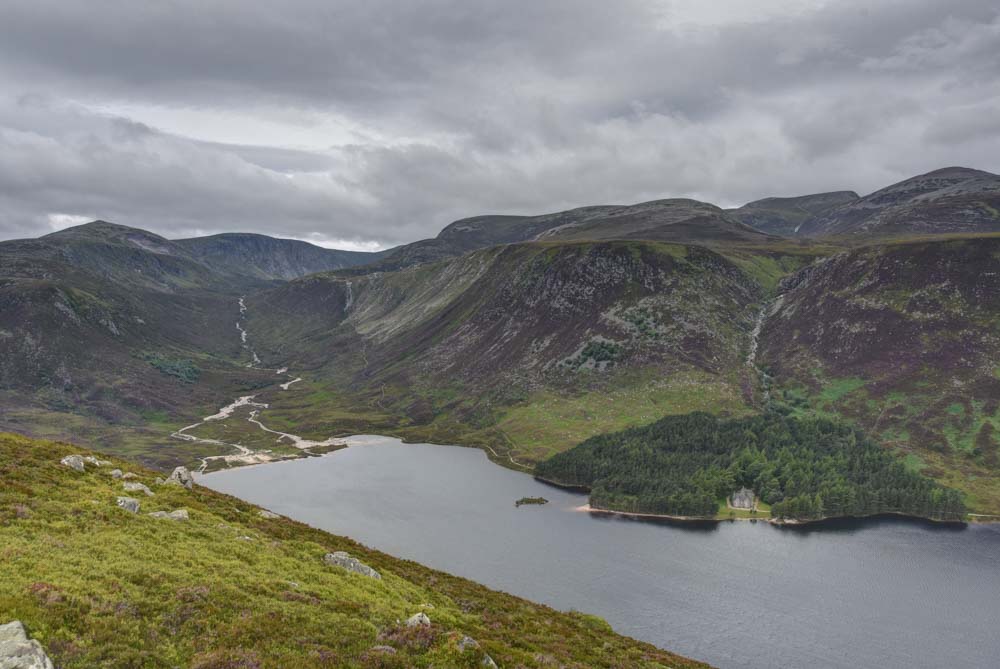 Over to the south the now familiar uplands of Cairn Broadlands over the Glen Doll car park were getting some brightness. 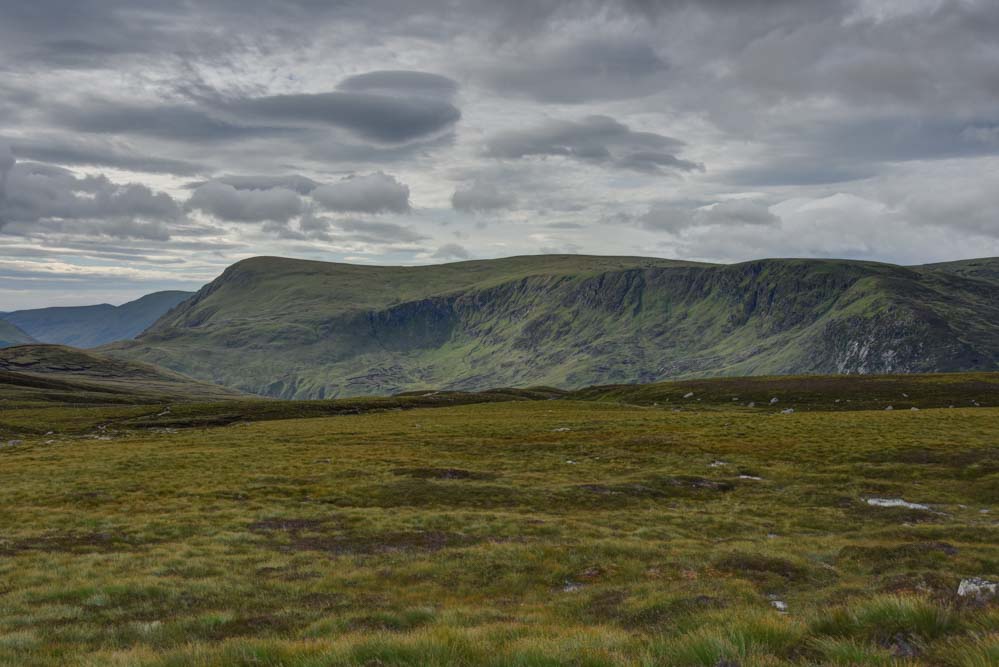 The track ends at the stables at NO 256 808 and thereafter it’s a hill path. Quick progress up the munro. Spotted a number of hares and ptarmigan shifting around ahead of us. 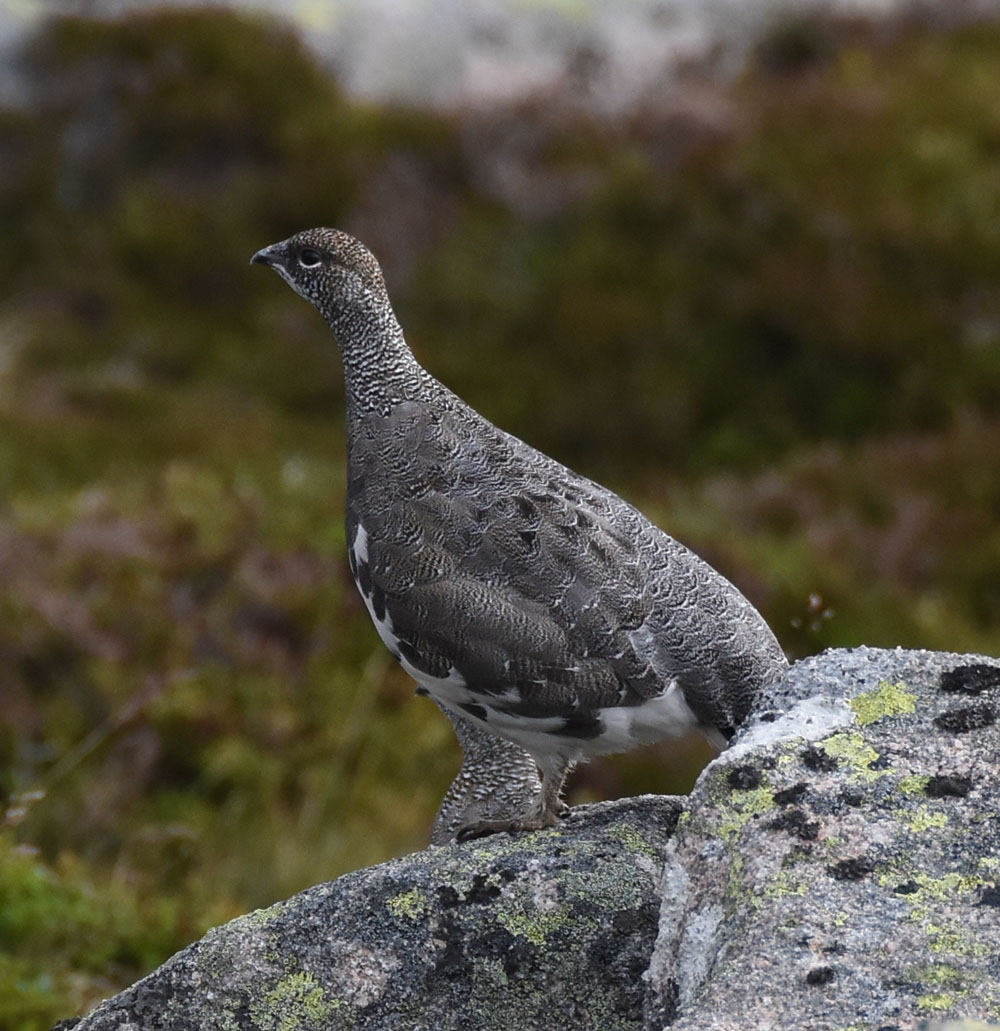 Arrived on Broad Cairn with a rather perky and very parky wind from the NW. 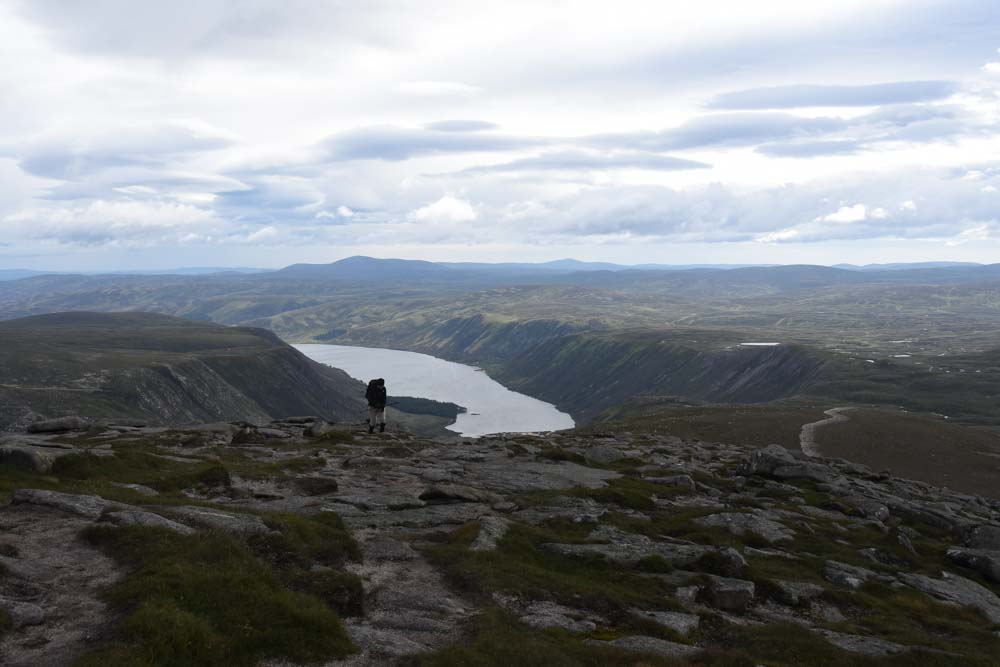 Sheltered behind the summit, donned more layers before heading on. Cold fingers arrived early this year. 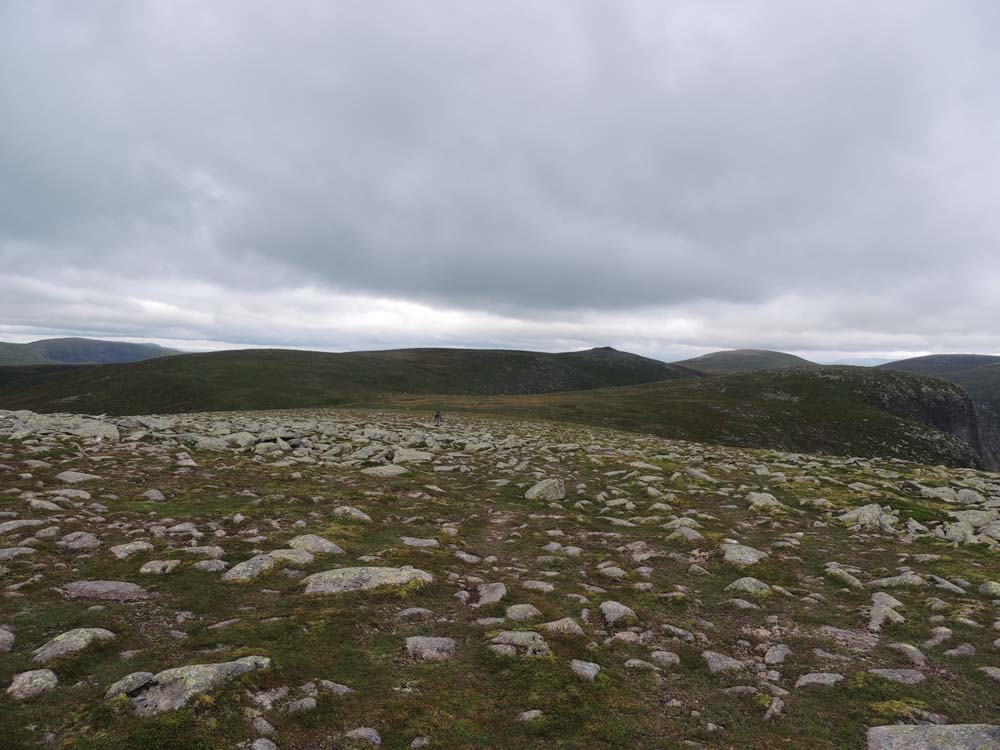 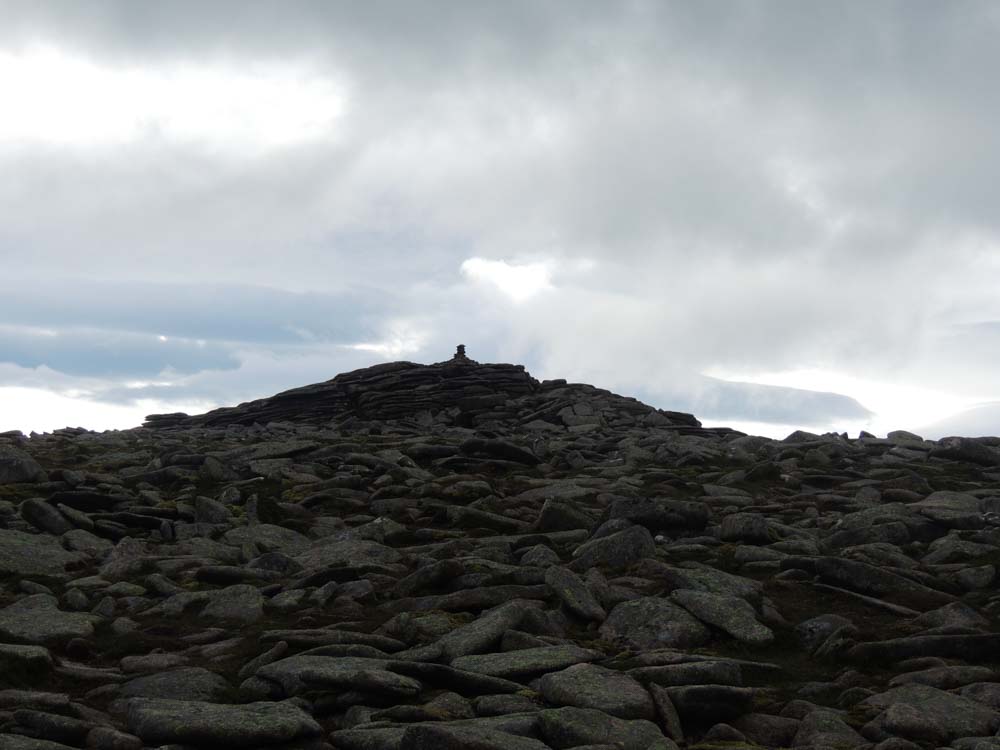 Sat for a while at Cairn Bannoch, had some food and considered our options. The tops were intermittently clagged and the day was windy and cold. We decided that rather than complete the munro circuit we’d drop down via Allt an Dubh Loch and Dubh Loch as we’d never visited these before.

Crossed the Allt an Dubh Loch and then picked our way down to meet the path at Dubh Loch.

This area is quite impressive. The rock looks reminiscent of bits of Arran. 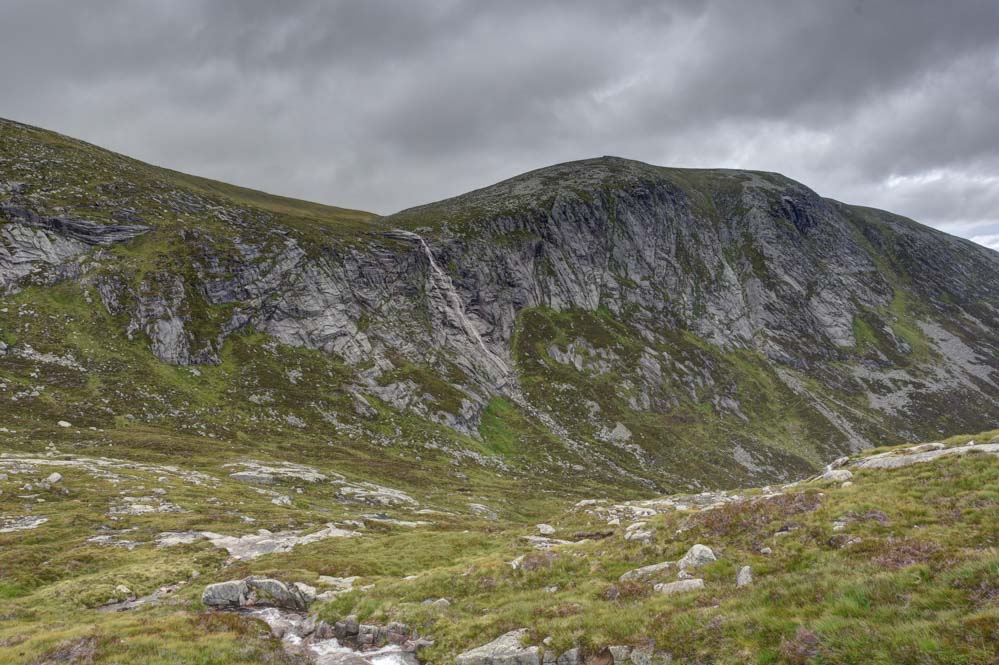 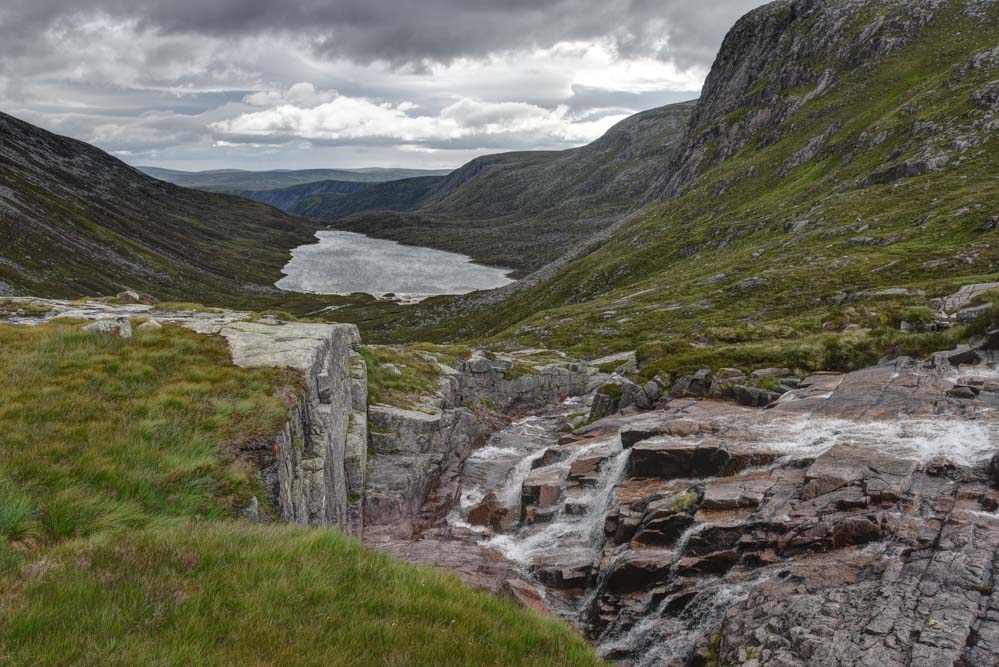 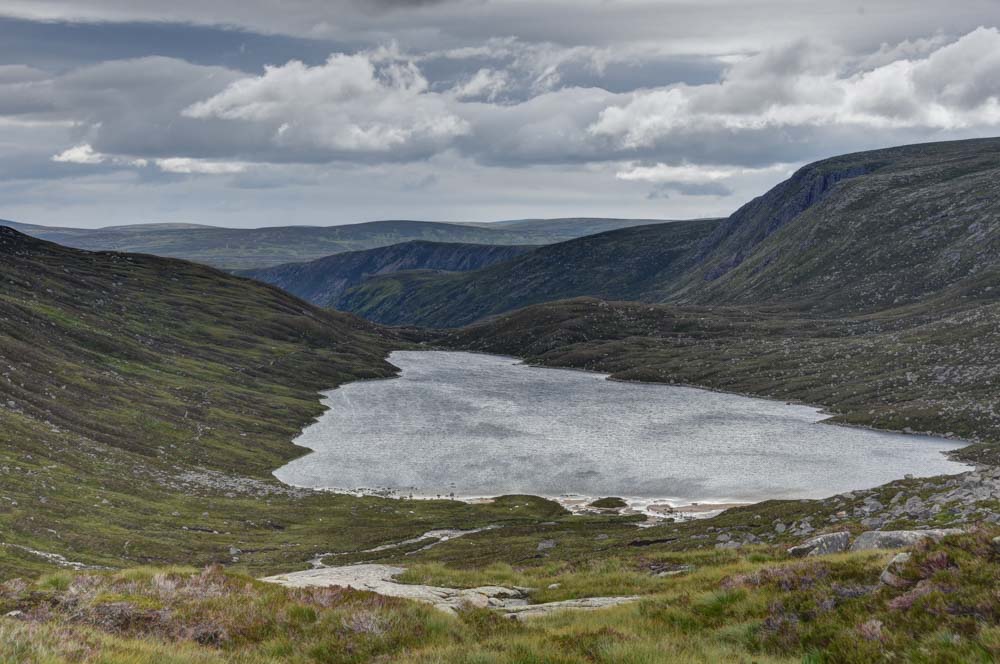 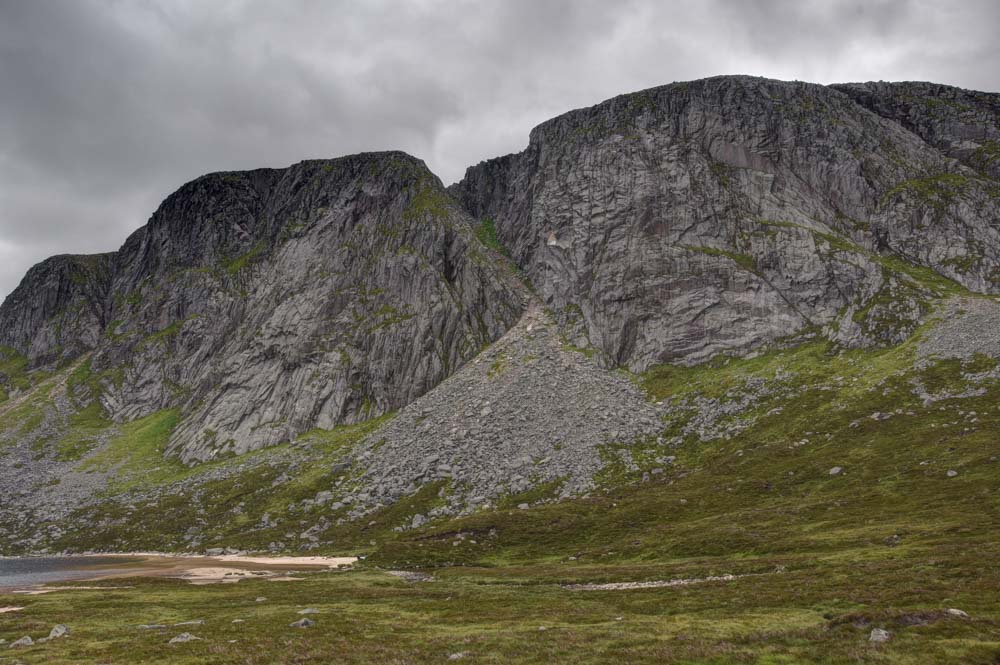 The path along the north shore of Dubh Loch is initially rather rough and muddy but improves substantially by the east end of Dubh Loch. 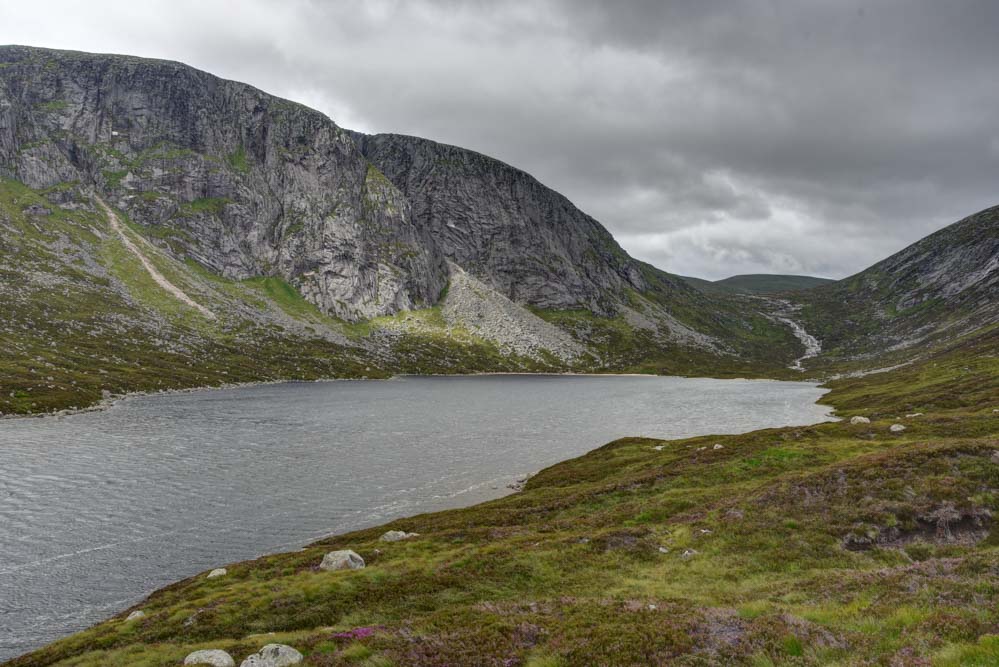 The sun was out a few times as we descended to Loch Muick and Glas-allt Shiel. It had jumped from rather parky to rather hot. No clegs or midges though. 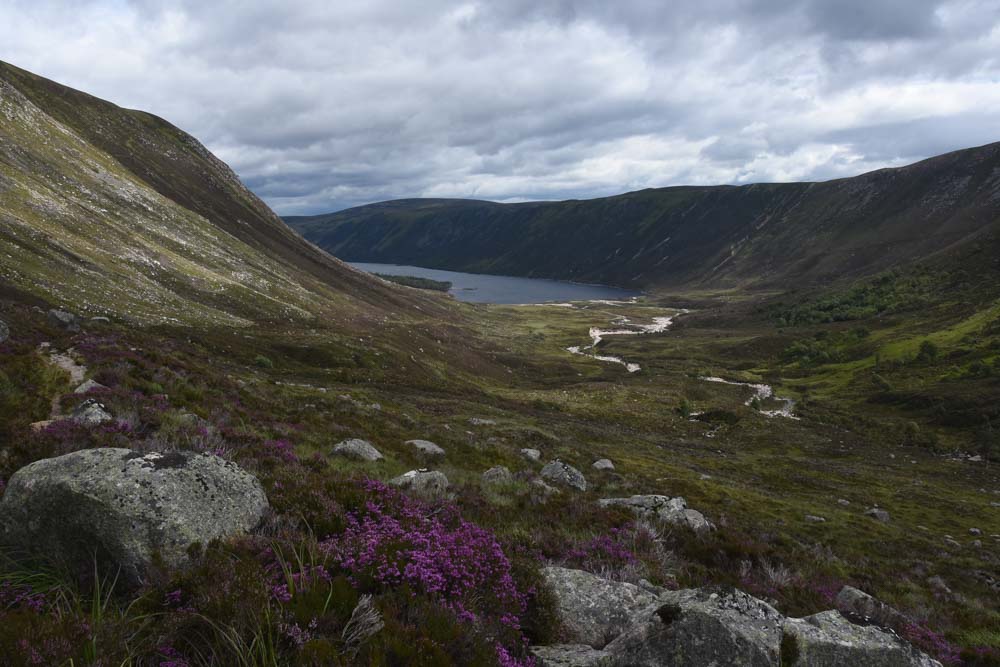 Looking back to Broad Cairn: 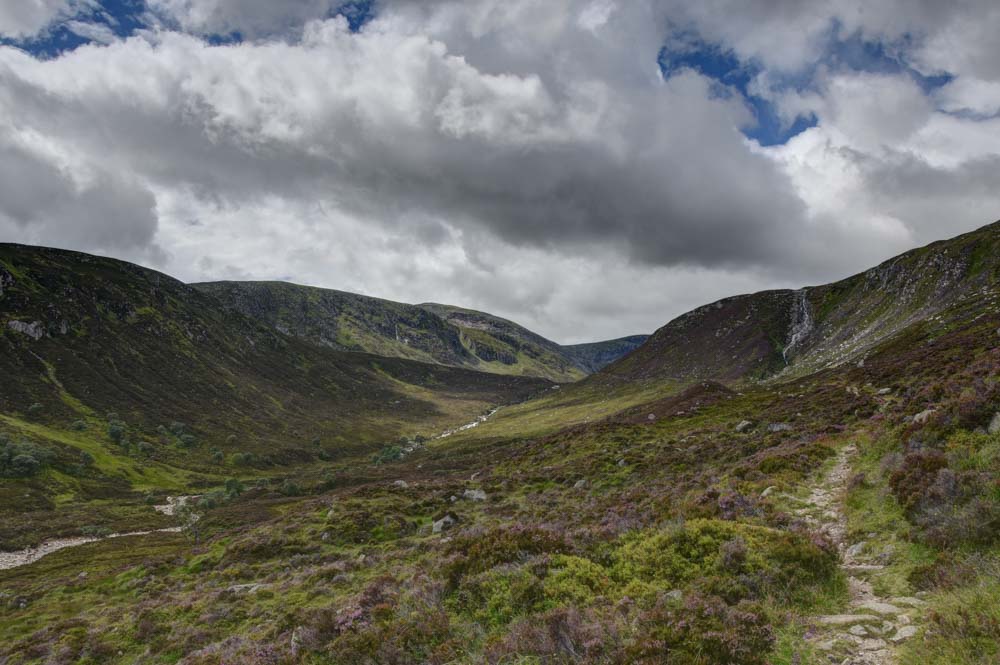 Dropped down to Glas-allt Shiel and then a quick march back to the car for the drive south.

Another rather grey day but well worth the walk. Will certainly try to work Dubh Loch into a route again.