The forecast for the Sunday was good along the west coast, if very cold and breezy. The inland forecast was rather less good.

We decided to try out a little walk we’d had our eye on with a view to longer days at some future point.

The transmitter above Arisaig has an access track from Kinloid and we’d fancied a wander up to the high ground here for a while.

Parked near the Primary School at Arisaig NM 658 870. There’s a little path which leads to the main road opposite the Kinloid road, we headed along this in pre-dawn light. Went past the farm on an icy road and then started up the transmitter access track.

A little height and we started to see a bit of Alpenglow across on Skye. 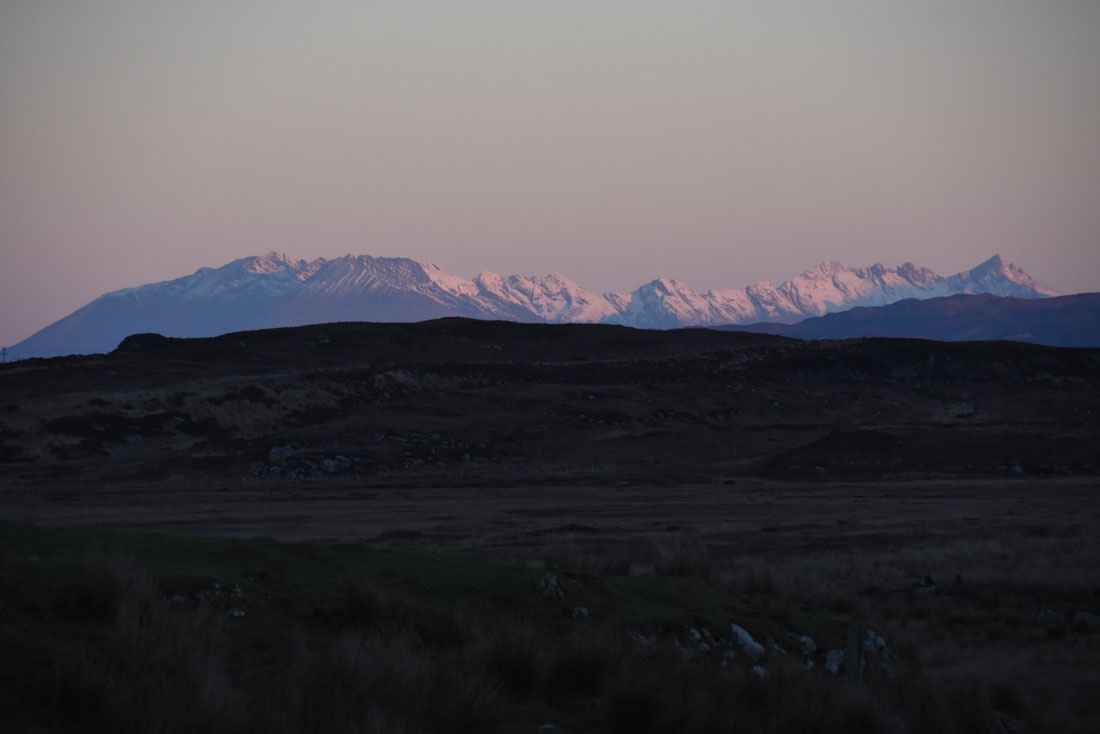 We should really have got up earlier – it was a full moon and this was setting behind Rum. 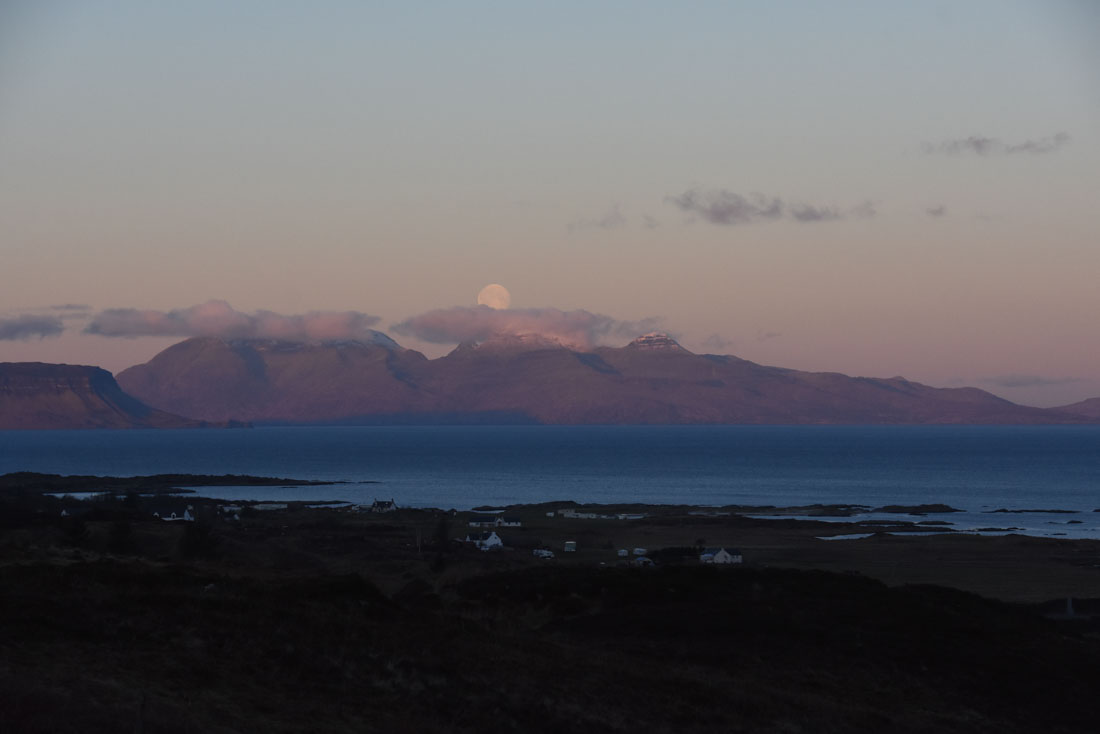 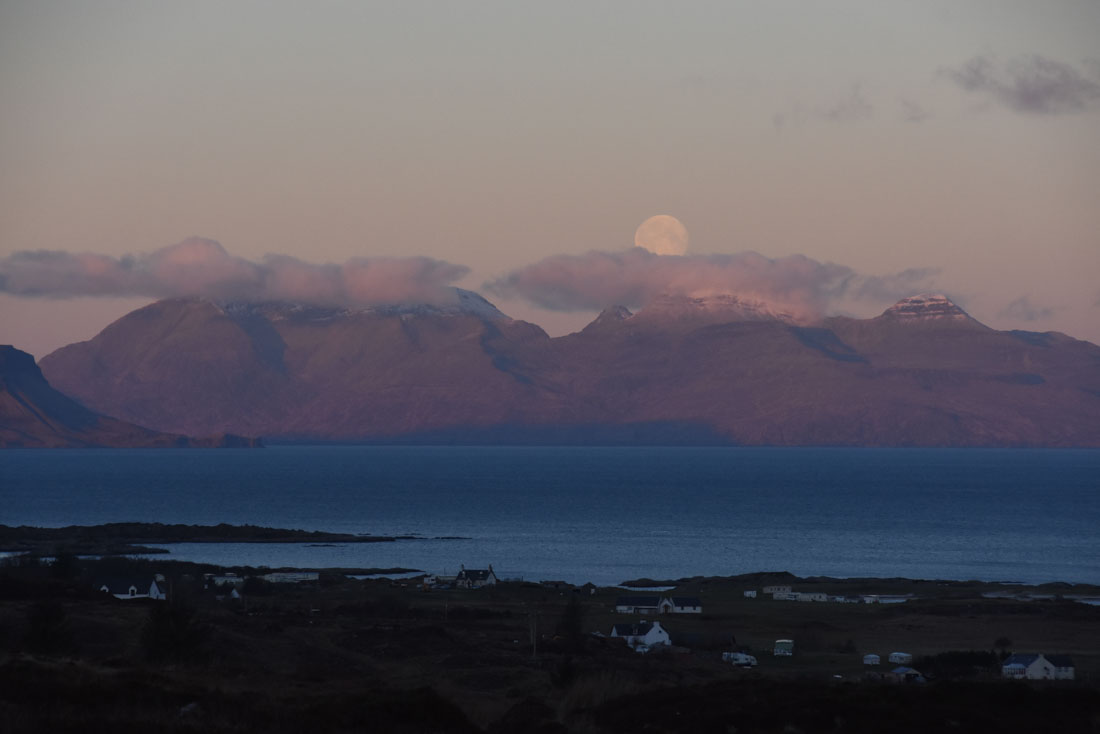 It really is a fine place for views. 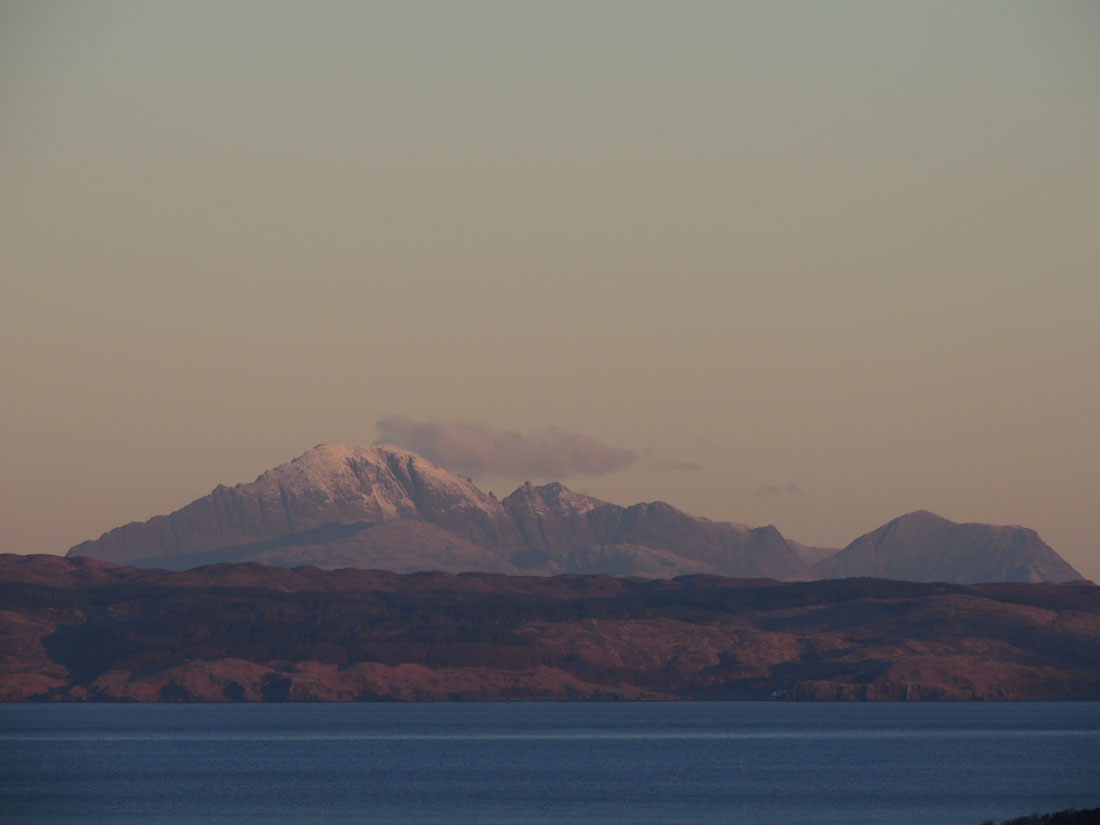 Up to the transmitter as the sun gained height, the odd potential tent pitch identifiable for future reference. Not a bad spot for a camp.

Rum and Eigg from the transmitter: 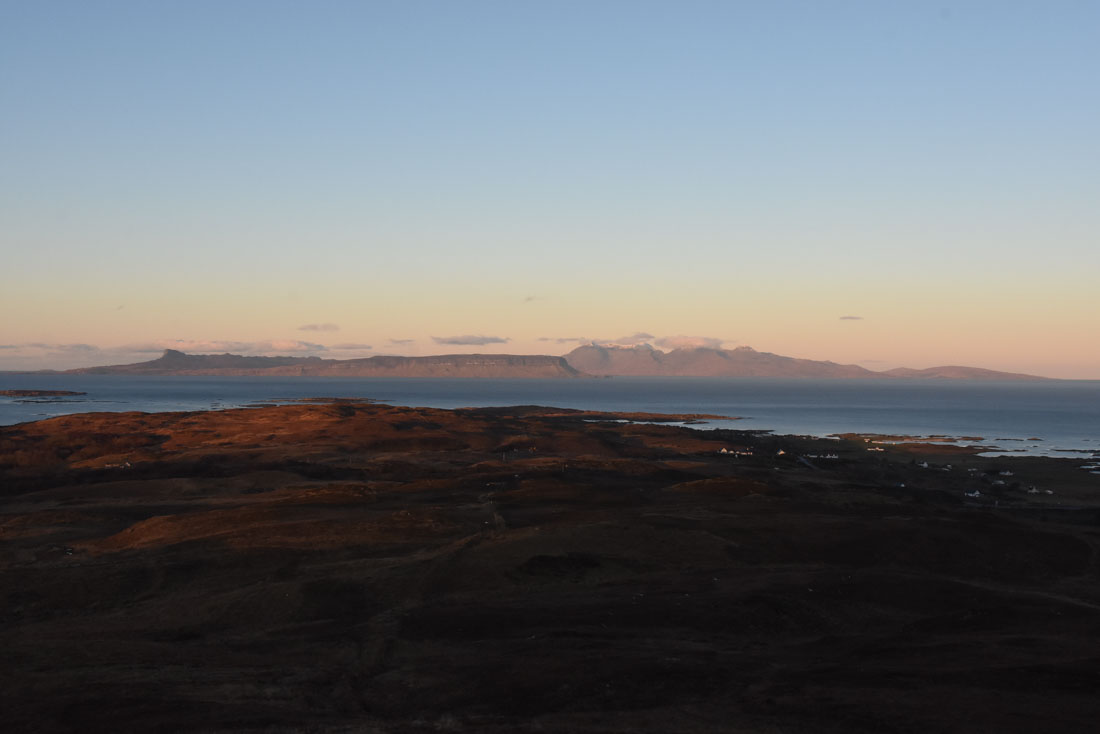 Skye from the transmitter: 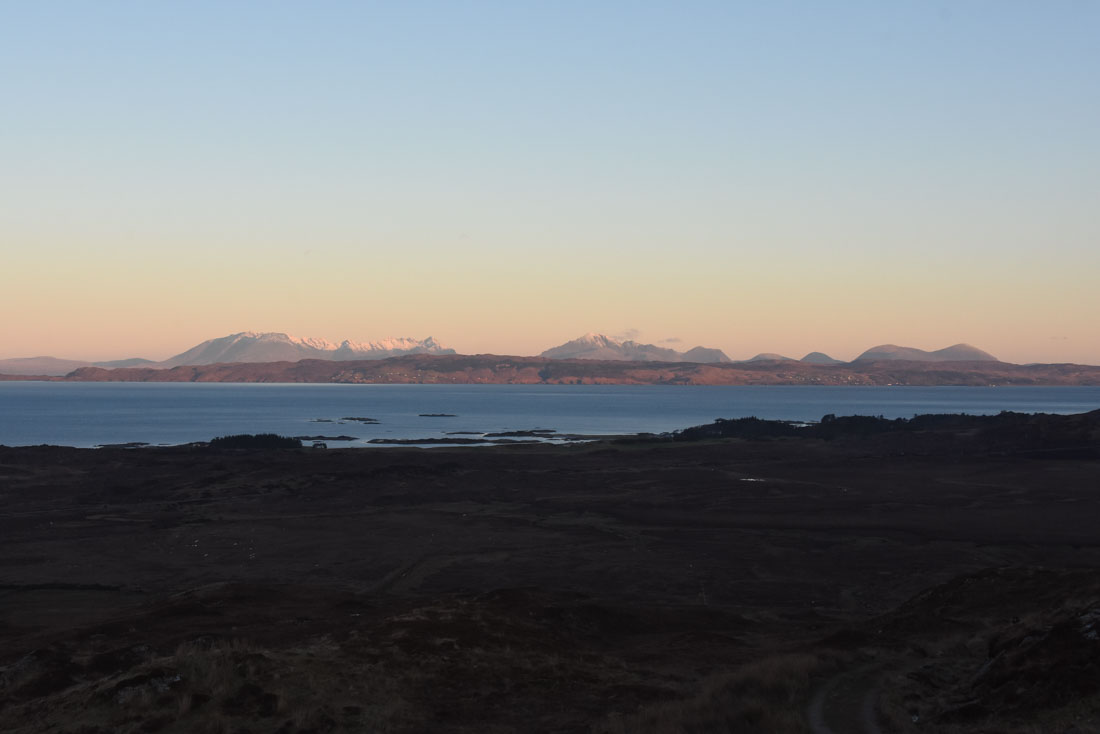 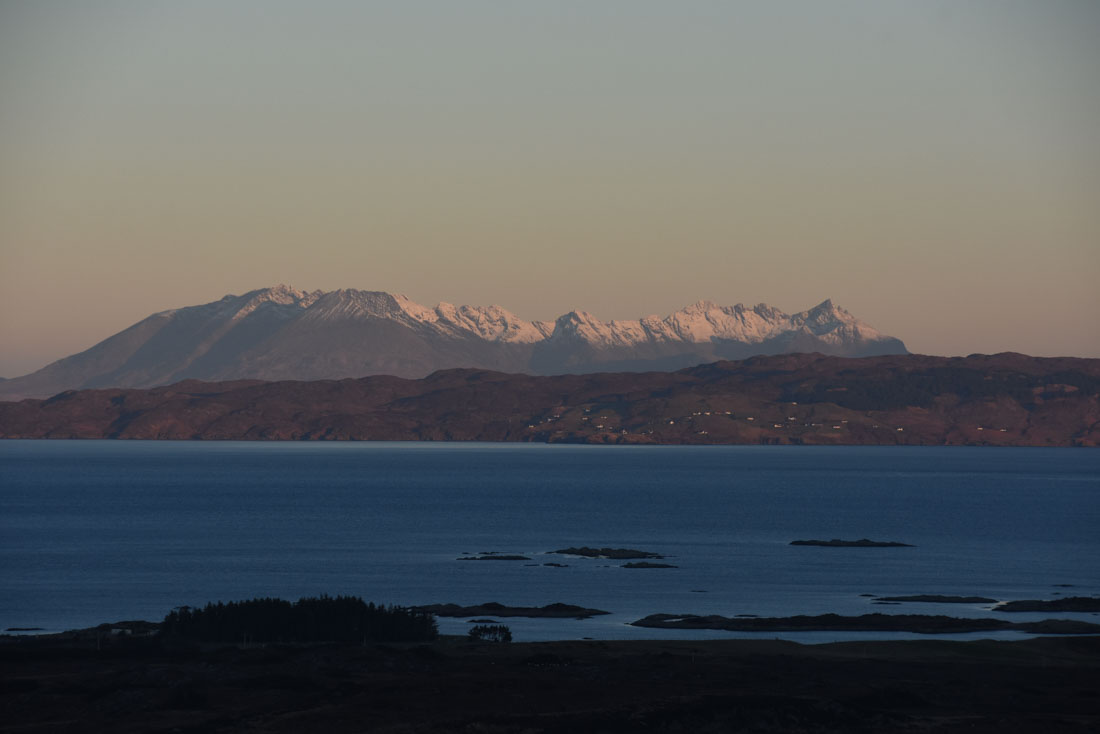 The sun needed a bit more height to light up the foreground around Arisaig. 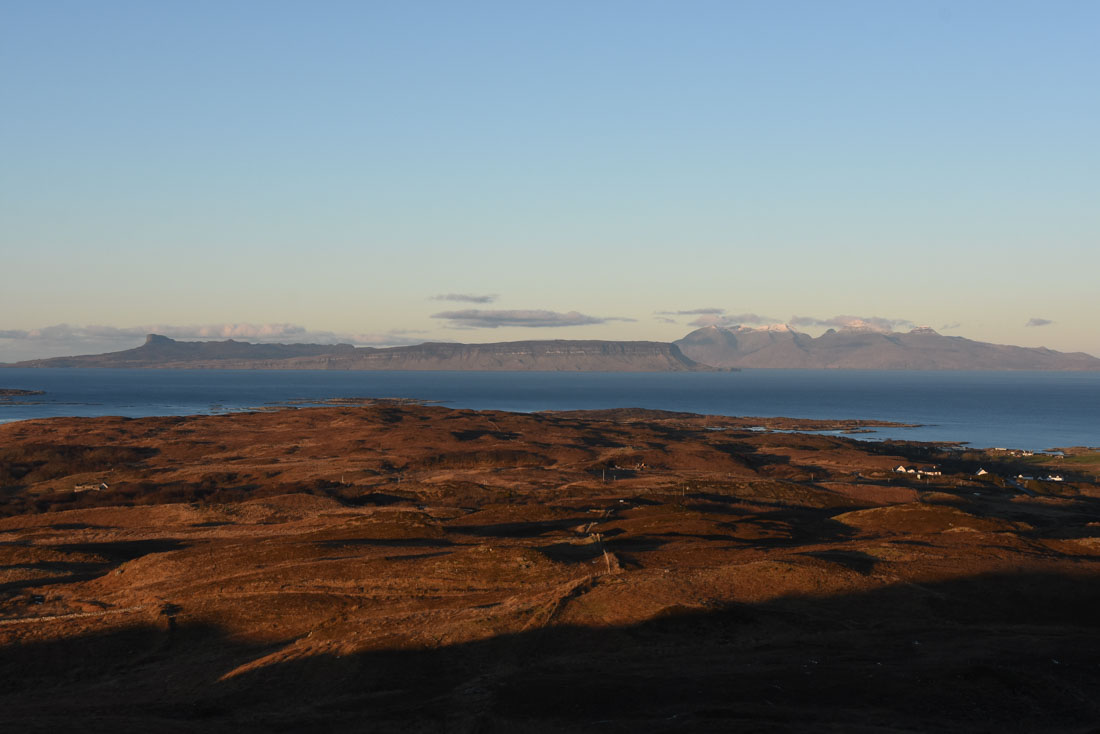 Continued uphill towards Sgurr an t-Sasunnaich, fairly easy ground other than the distraction factor of the view. 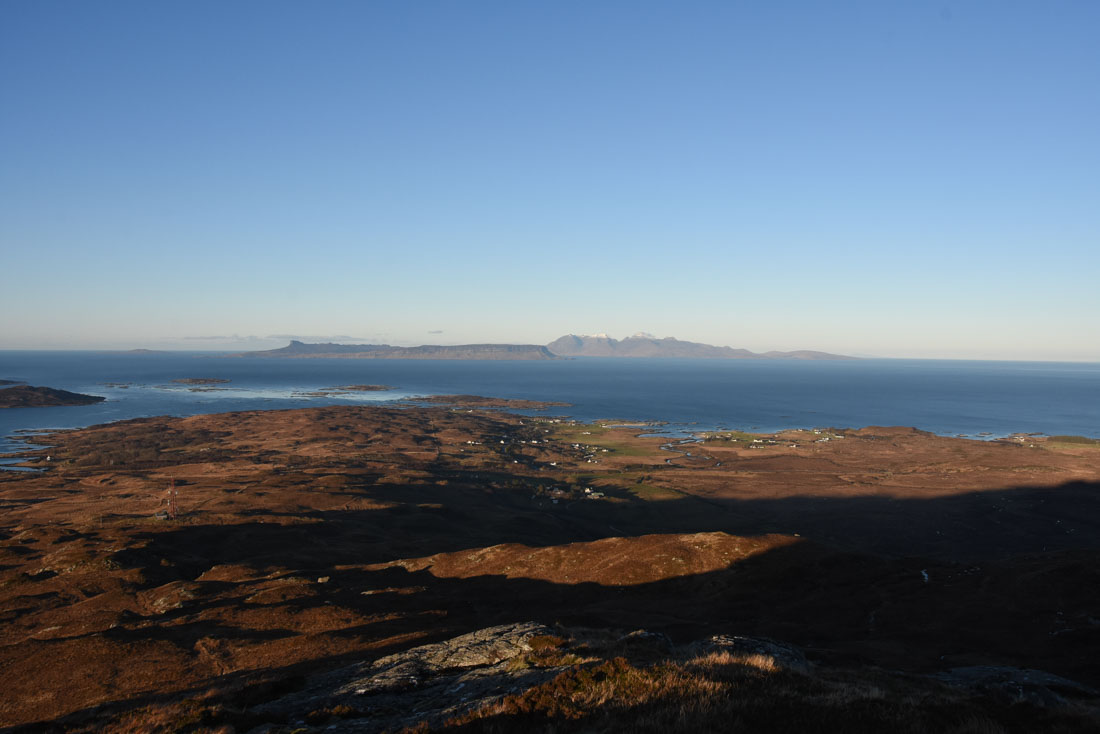 Once on Sgurr an t-Sasunnaich we had a break and enjoyed the view, a bit of a chilly breeze but a cracking spot.

Skye from Sgurr an t-Sasunnaich: 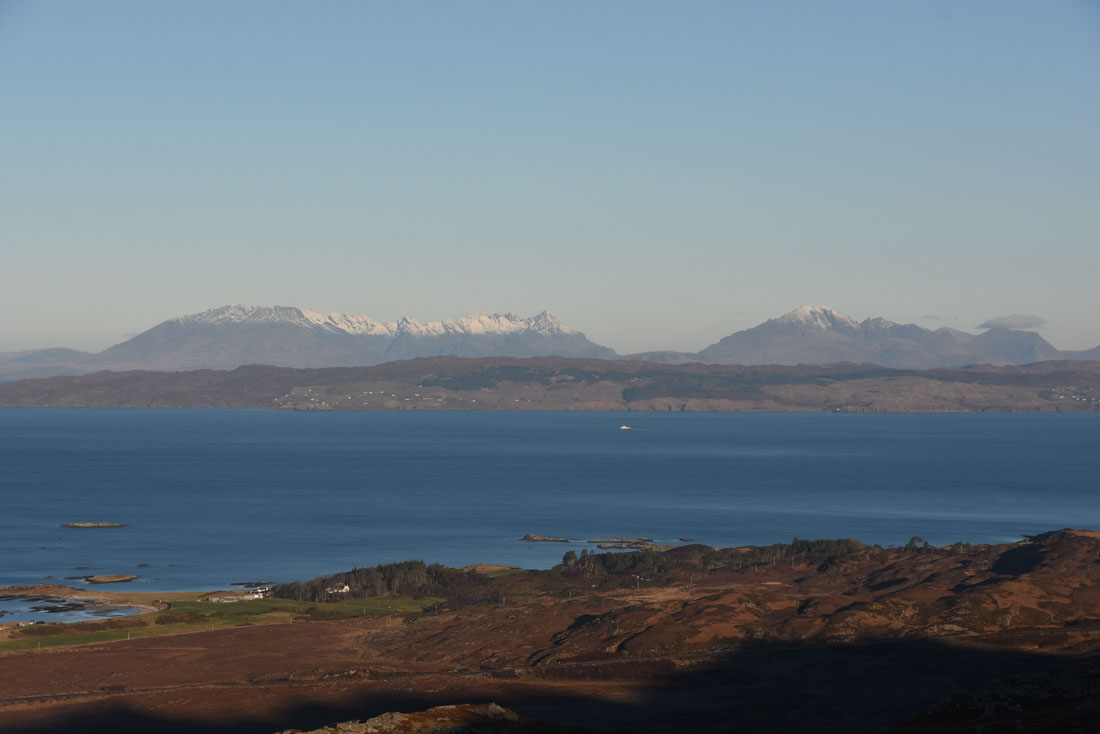 Small Isles from Sgurr an t-Sasunnaich: 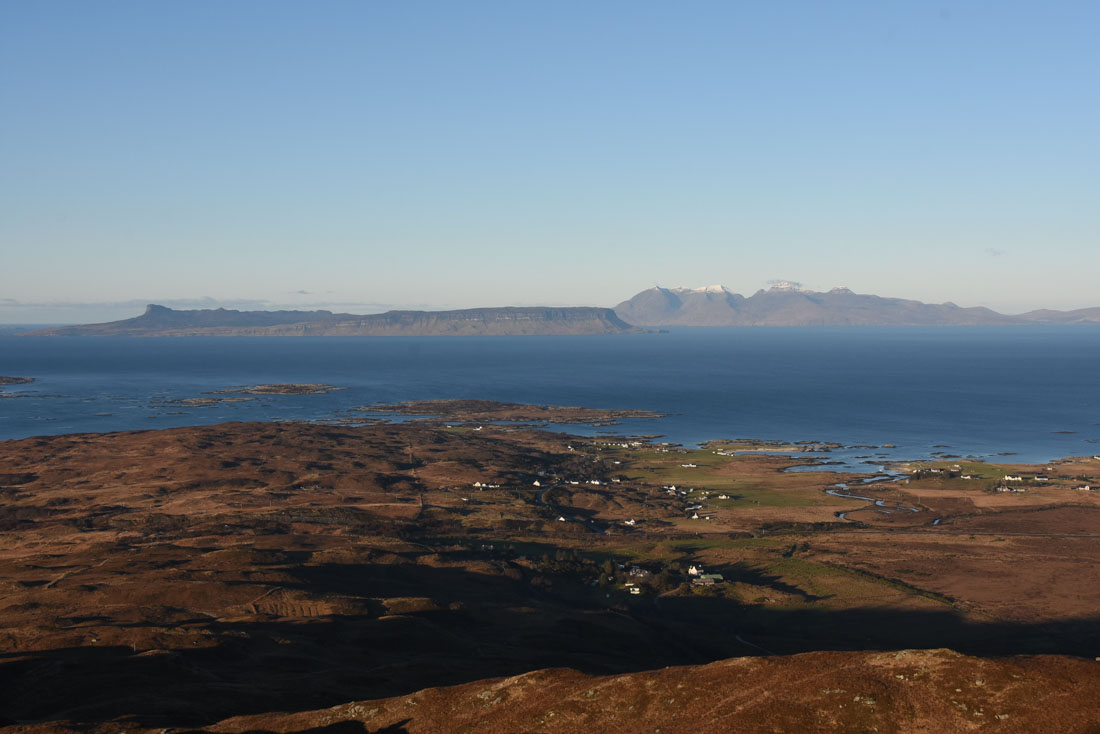 We headed on over towards Sgurr an Albanaich, terrain was a little bobbly with pools to avoid.

Crossing to Sgurr an Albanaich: 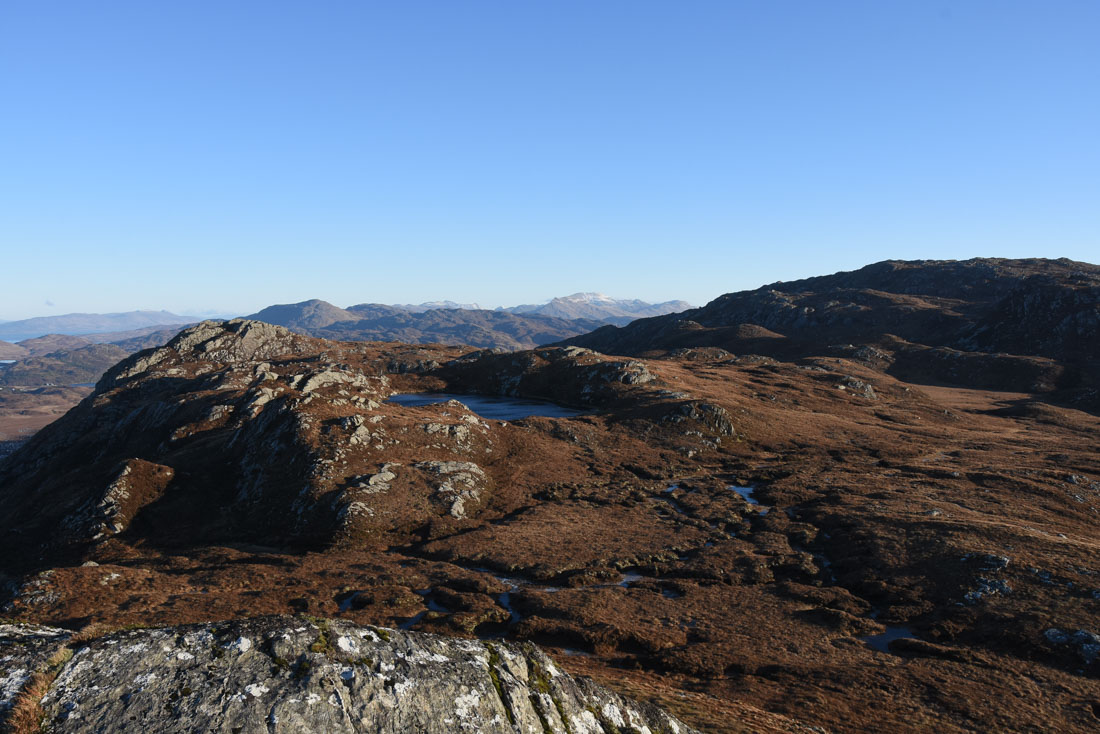 A lovely upland. We have a few possibilities from here onwards to the east, perhaps from train station to station. For this day though it was an easy wander.

A nice view to Loch Morar.

Loch Morar from Sgurr an Albanaich: 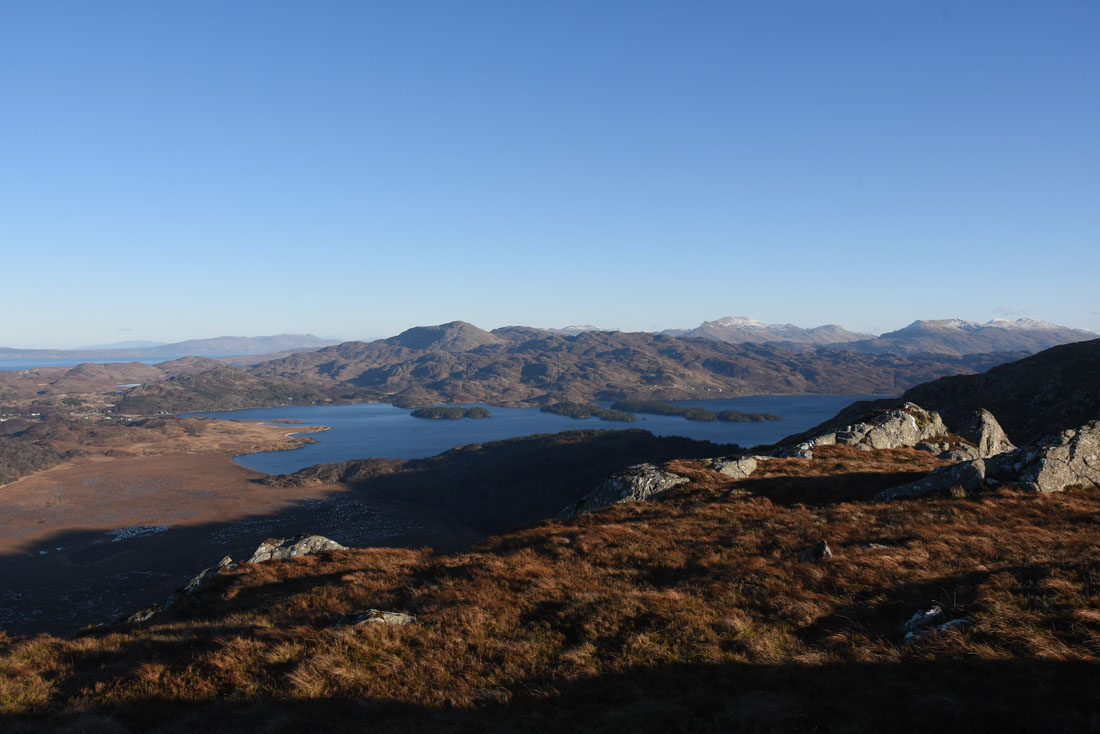 Out towards Skye MV Lord of the Isles was on her way in from Lochboisdale to Mallaig.

MV Lord of the Isles and Bla Bheinn: 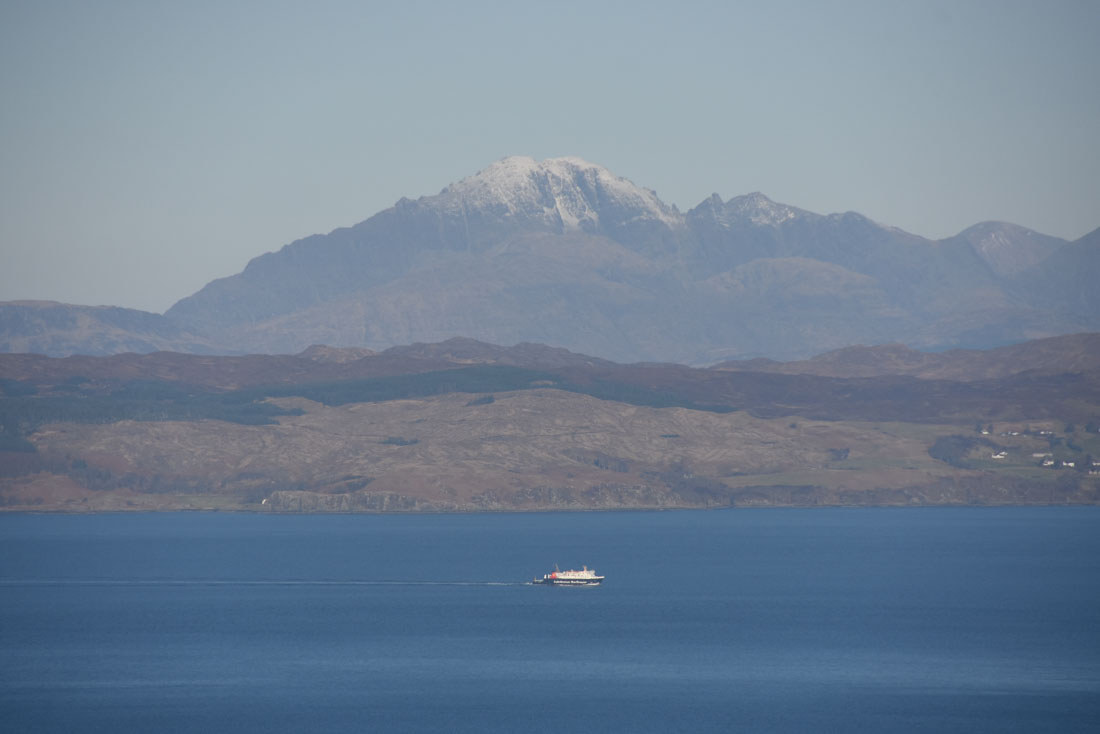 Headed back the way we’d come. A short day means a distractable day. Lots of distractions.

A nice view of Eigg over a pool 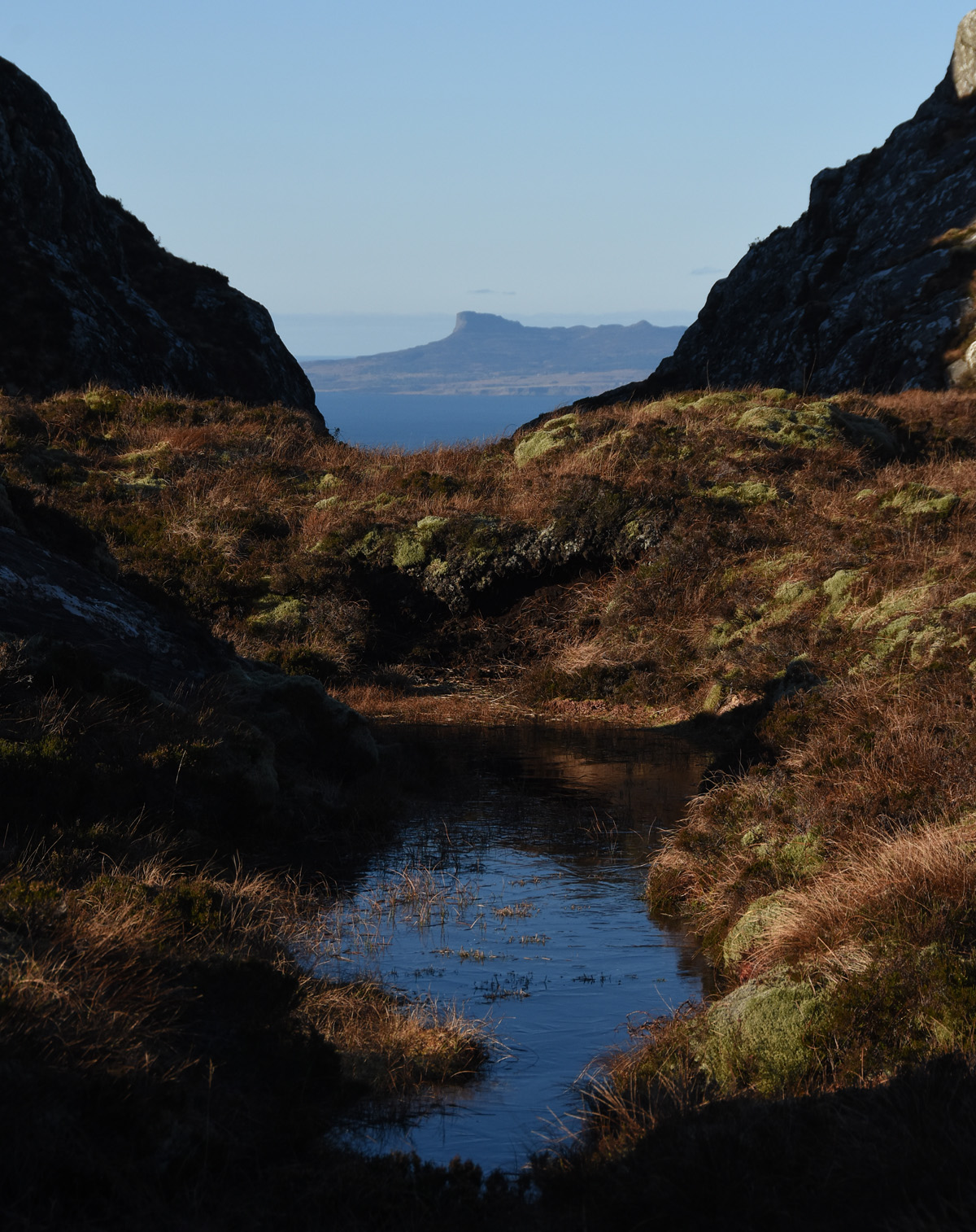 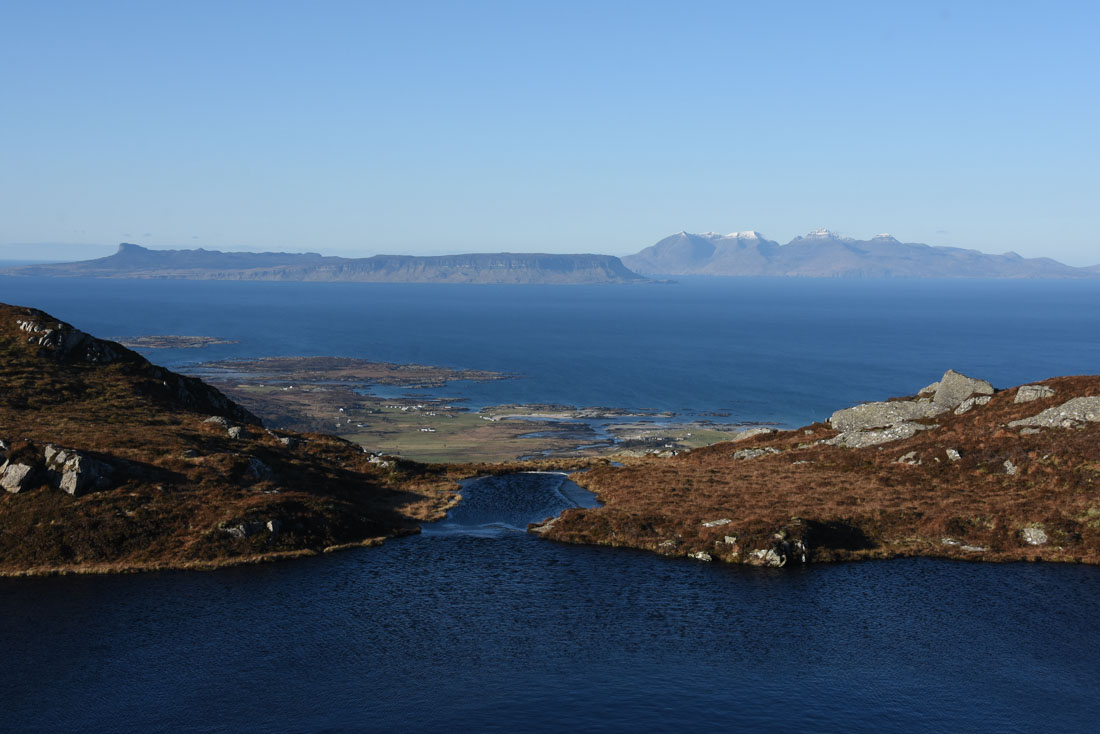 Back to Sgurr an Albanaich: 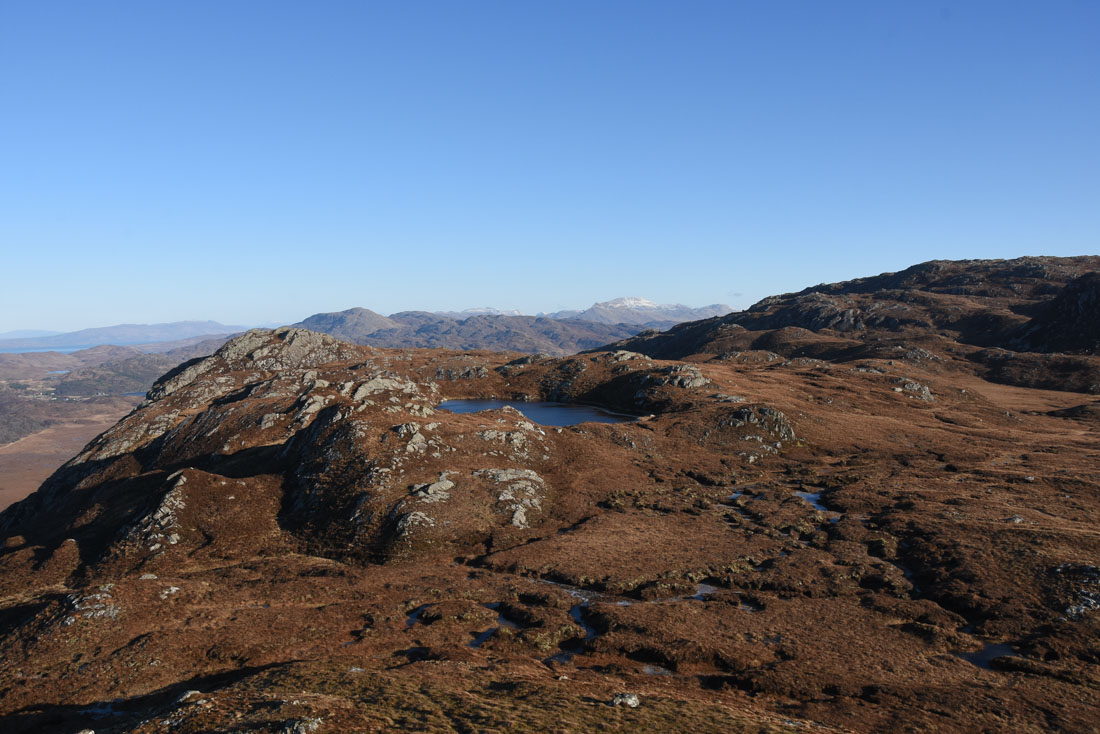 Had a last look around from Sgurr an t-Sasunnaich before starting downhill to the transmitter.

Descending from Sgurr an t-Sasunnaich: 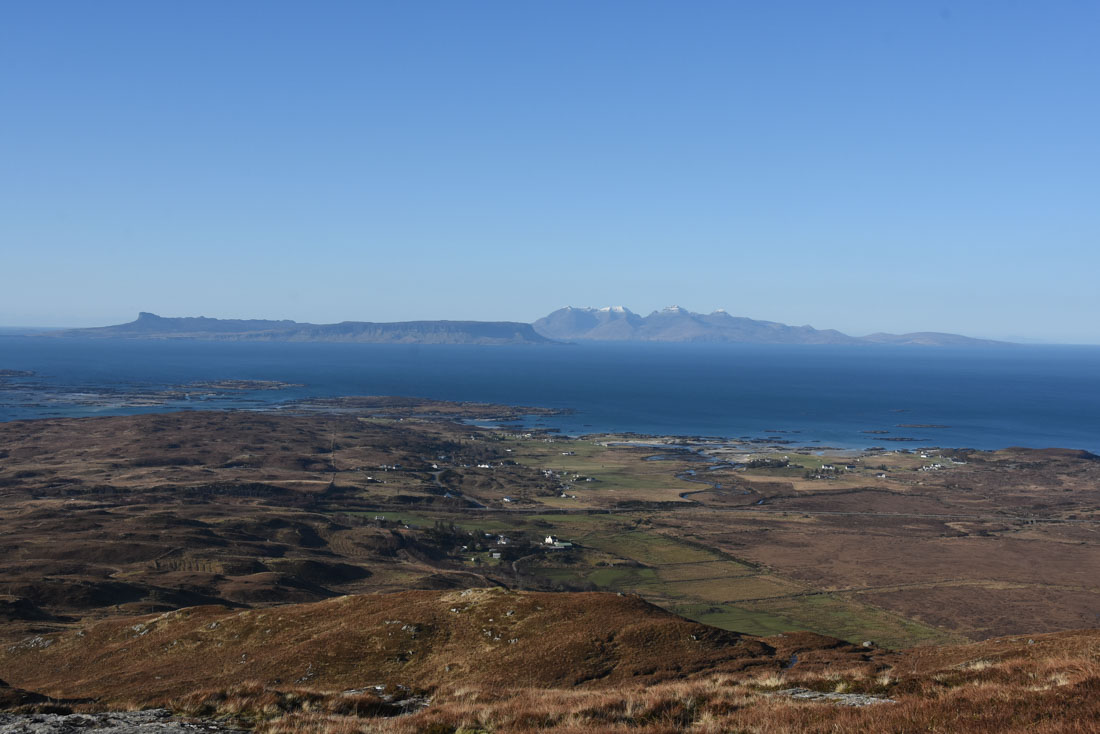 A cracking wee walk and a decent wee reconnoitre.