Friday of our holiday – and another decent day on the cards. Most of the week had been a bit mixed and blowy, but lower hills and wildlife had kept us well amused.

With the sun forecast to shine it was an opportunity to get up onto the high plateau again.

The Northern Corries were fairly wind-scoured and consolidated to it was fairly easy going as we headed from the Ski Car Park across the corries. 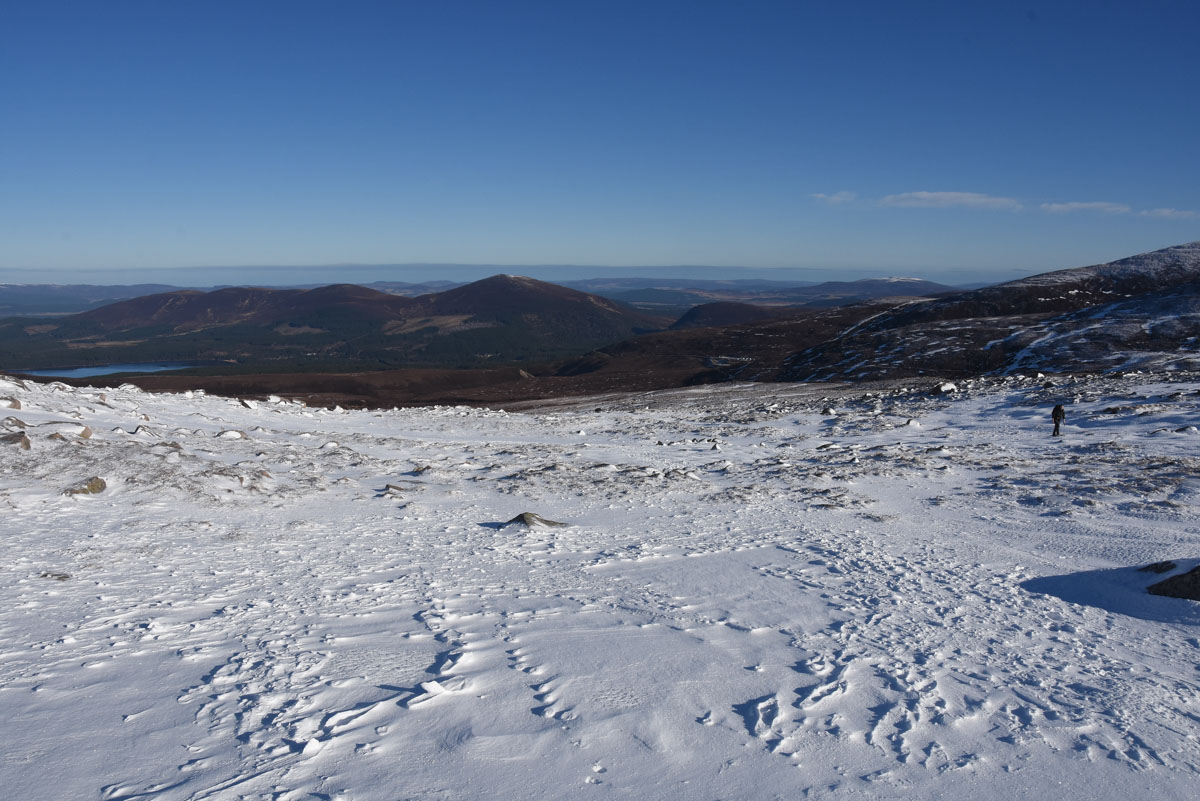 About 1 hour up to the 1083m mark – there is a nice view of the layered ridges of Sron na Lairig and Sgoran Dubh Mor, on opposite sides of Gleann Einich. 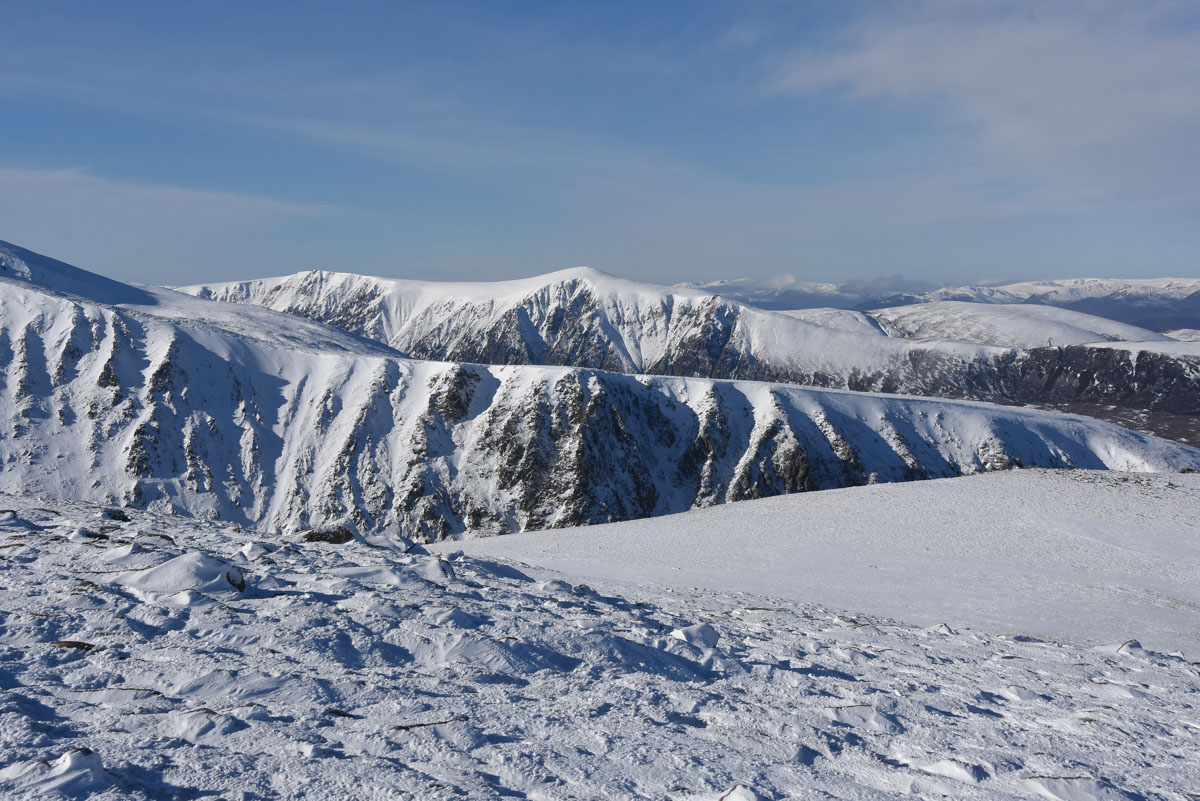 Heading off the trade route to the edge of Lairig Ghru is well worthwhile as there is a great view south over the Pools of Dee down to Bod an Deamhain.

Pools of Dee and Lairig Ghru: 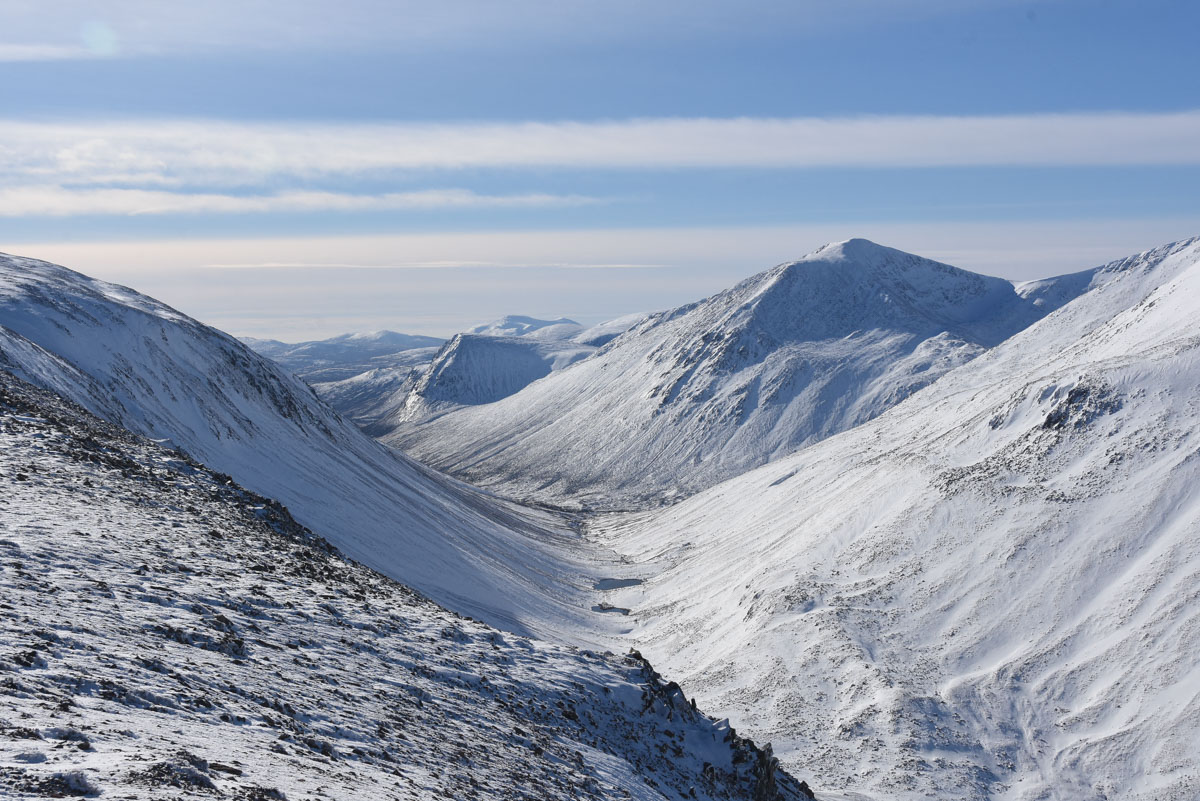 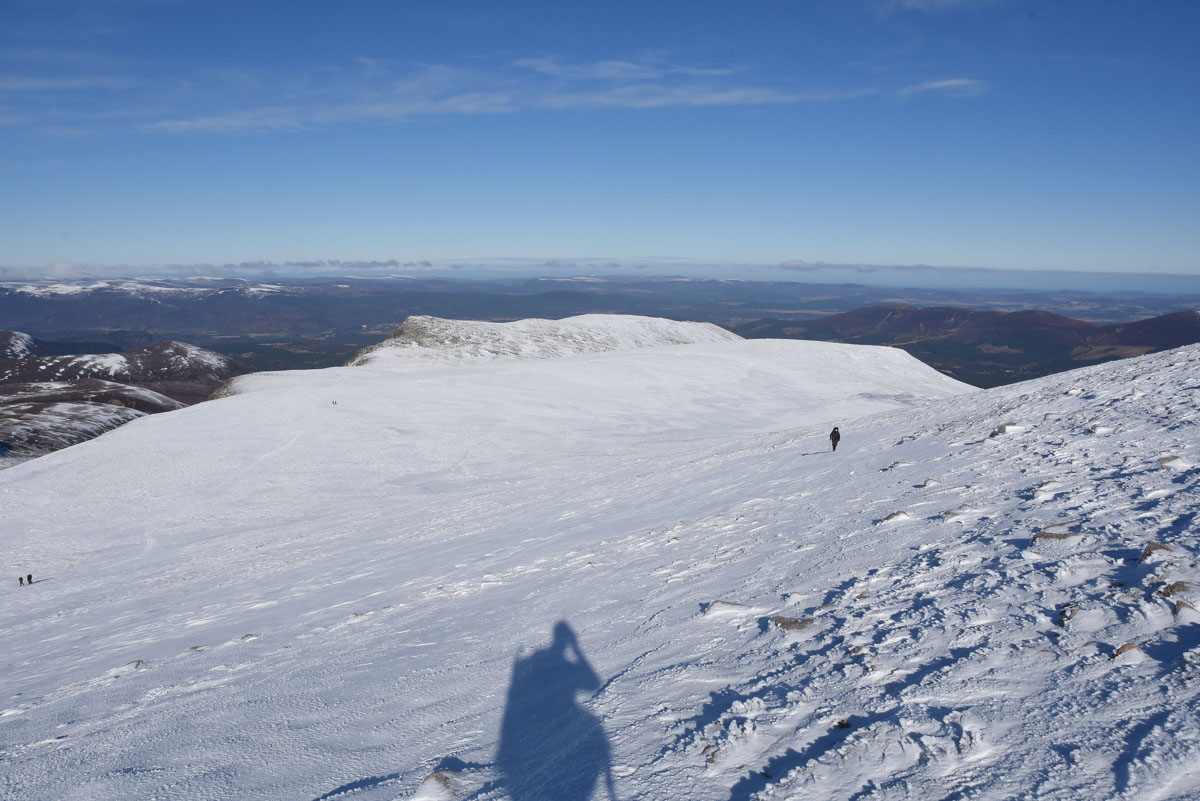 Other folks were out and about on a cracking day. 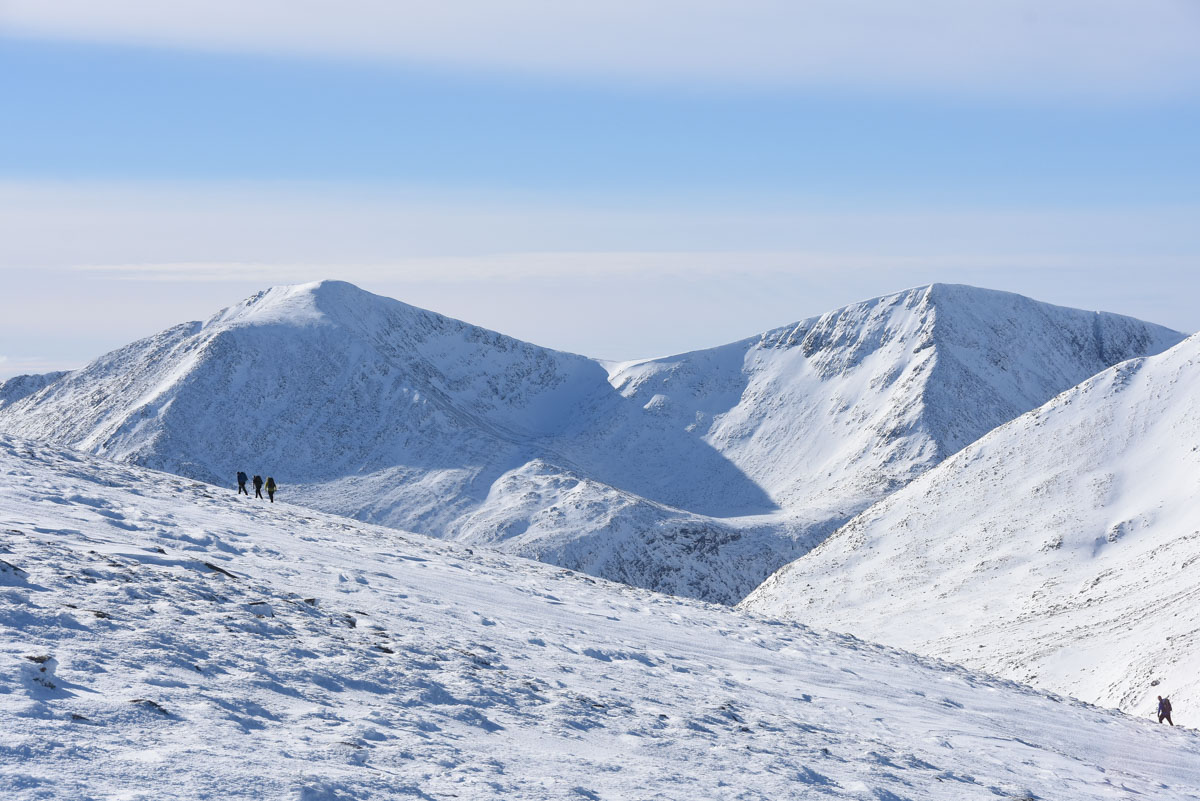 The Coastguard SAR had flown down Lairig Ghru and was hovering above Locan Uaine under Cairn Toul. 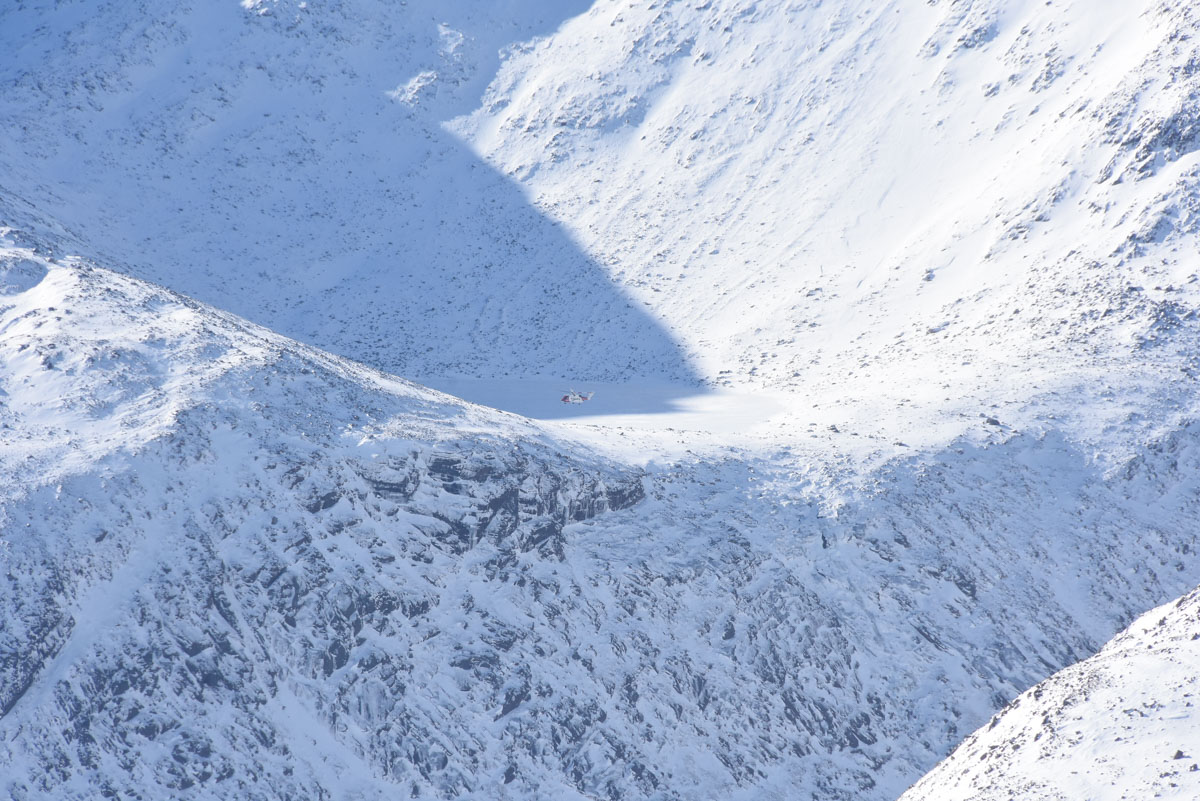 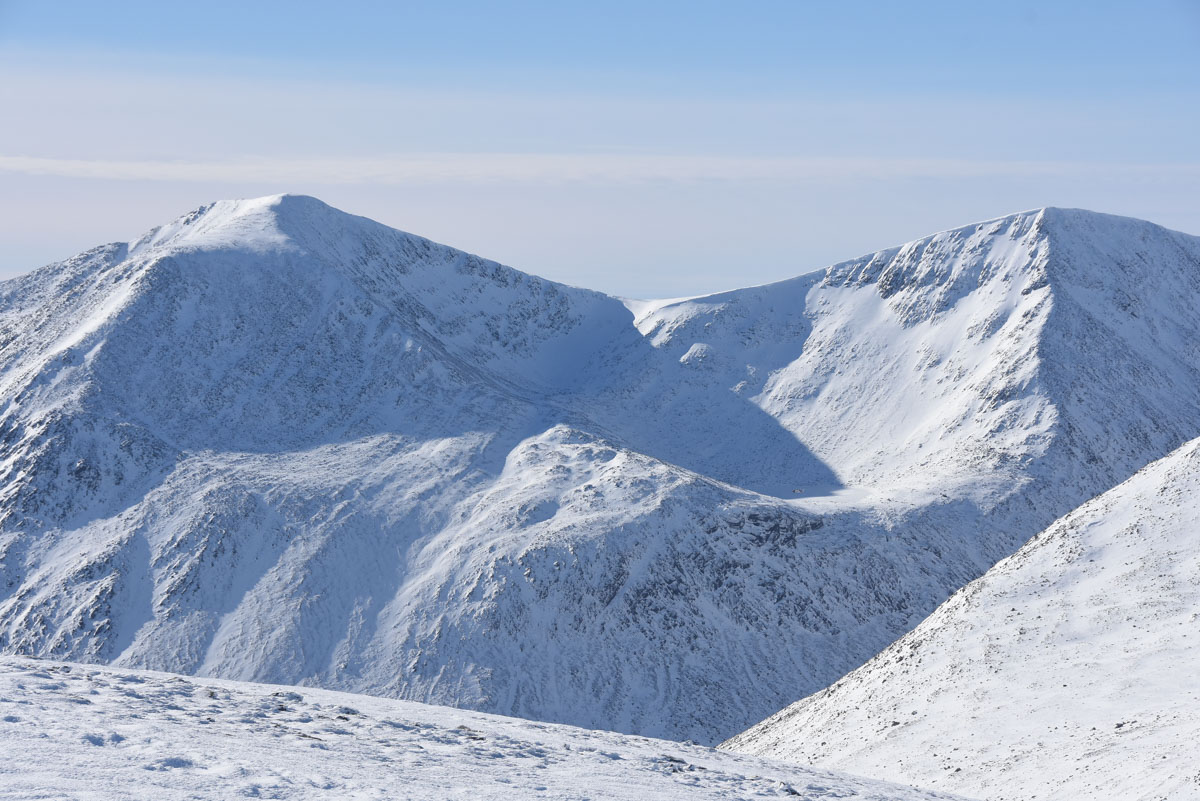 The views across Lairig Ghru from the walk to Macdui are a personal favourite. 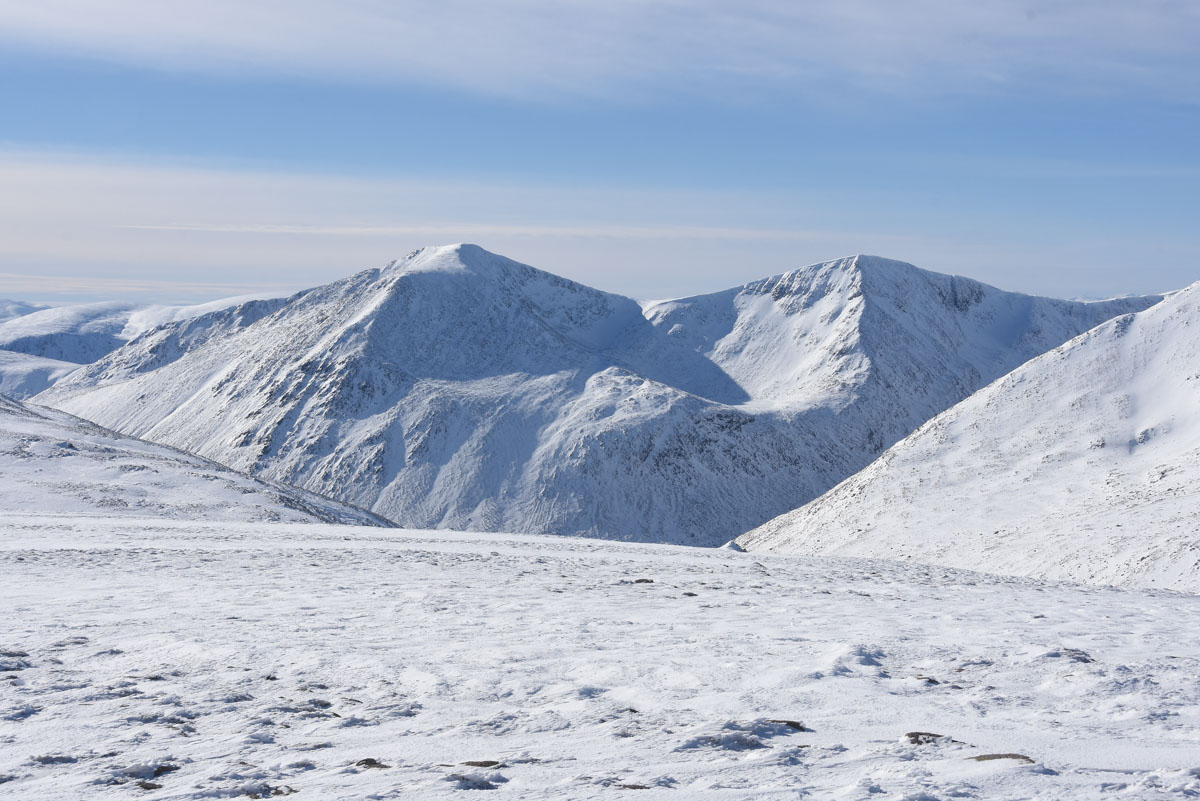 The SAR went past on its way back to Glenmore Lodge. 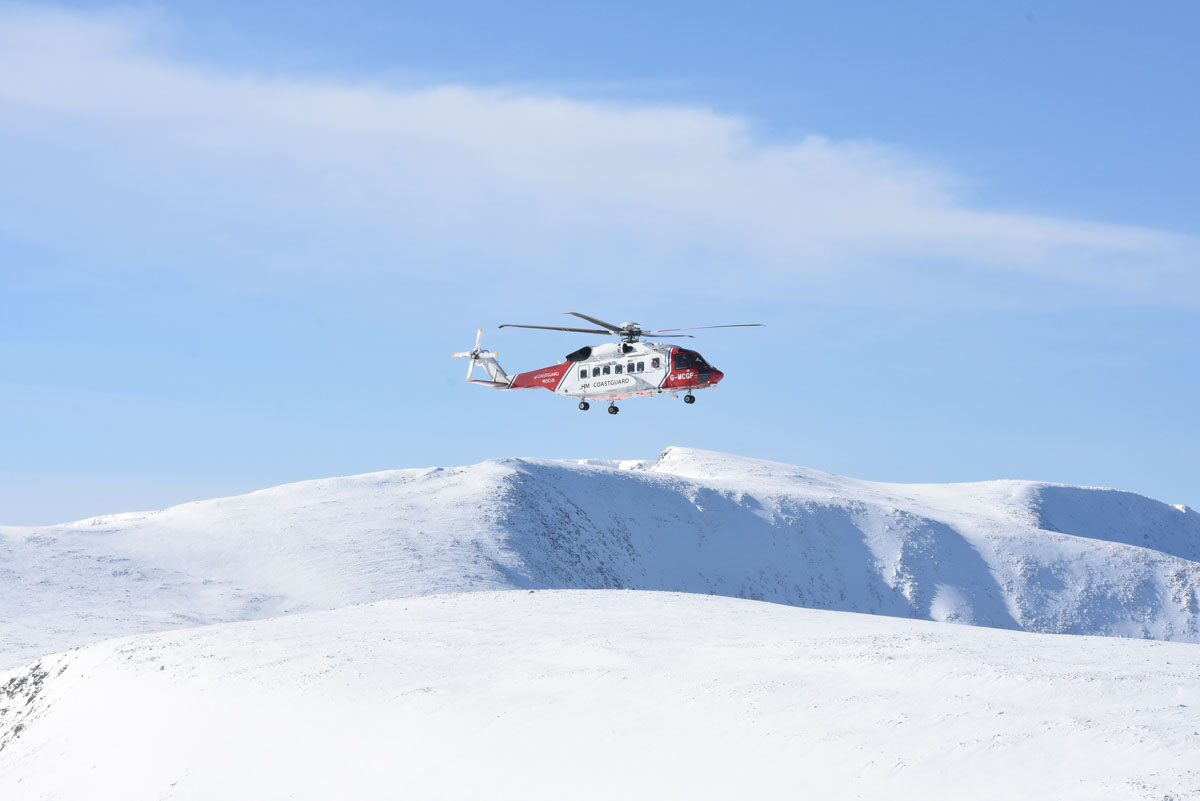 Skirting Cairn Lochan the view across Lairig Ghru is dominated by Cairn Toul and Sgor an Lochain Uaine:

To the east the view encompasses Beinn Mheadhoin and beyond Ben Avon. 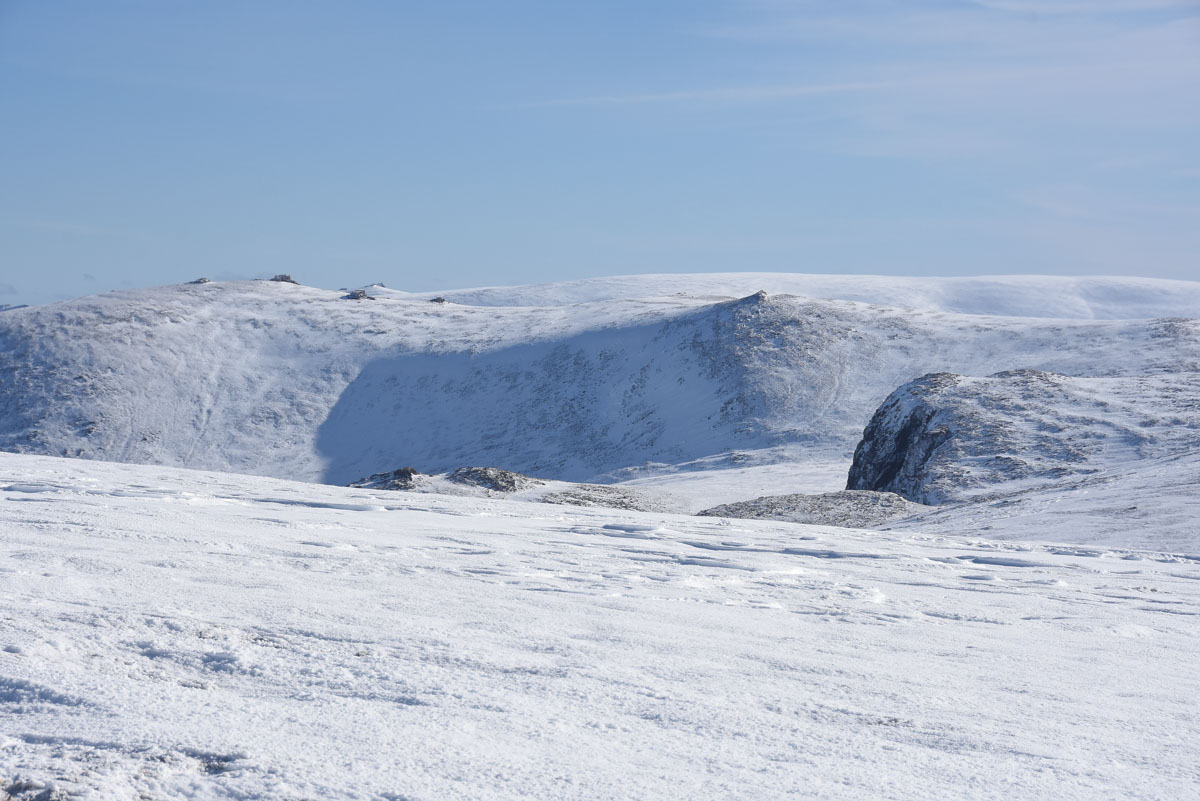 The boulder field between the lochans here and the upslopes of Macdui are, like the lochans, buried under snow.

Carried on to the upslope , across Lairig Ghru the view extended over the Cairn Toul/ Sgor an Lochain Uaine bealach to Beinn a Chreachain on the south flank of Rannoch Moor. 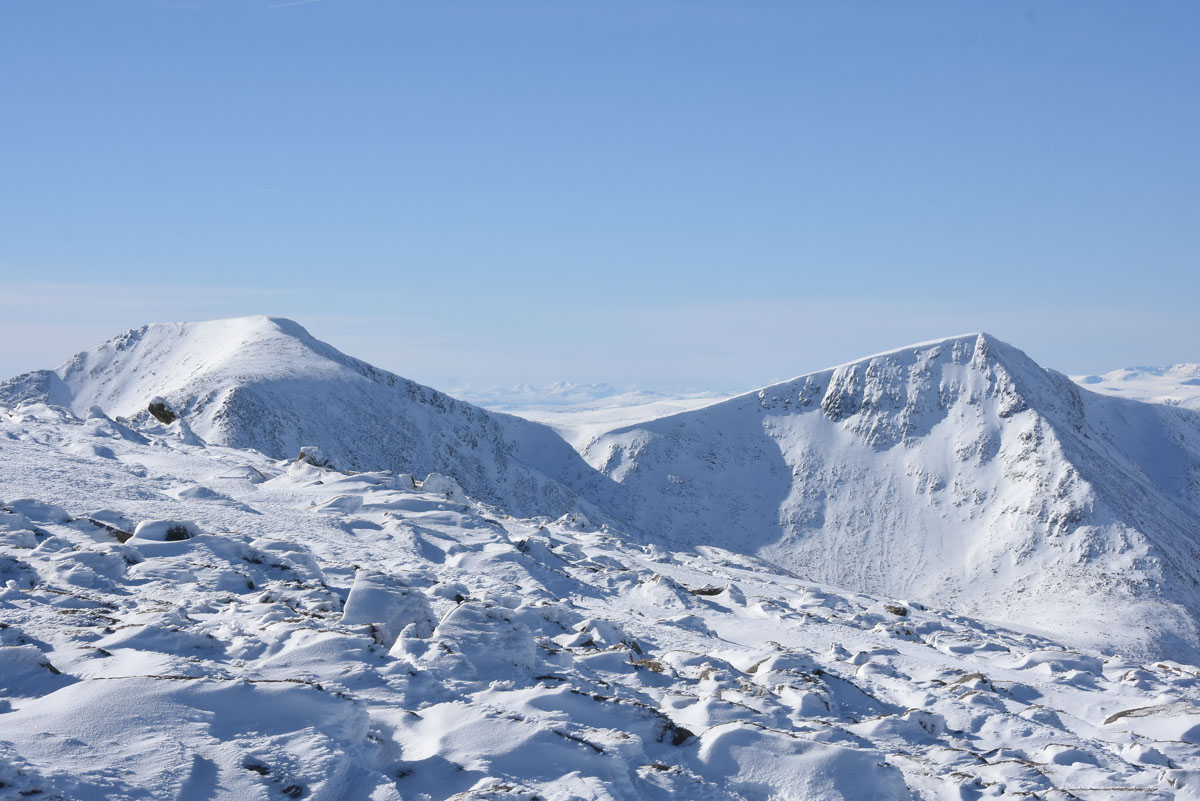 The view on the flat are north of Macdui’s summit has a sublime view of the three munros on the west side of Lairig Ghru. 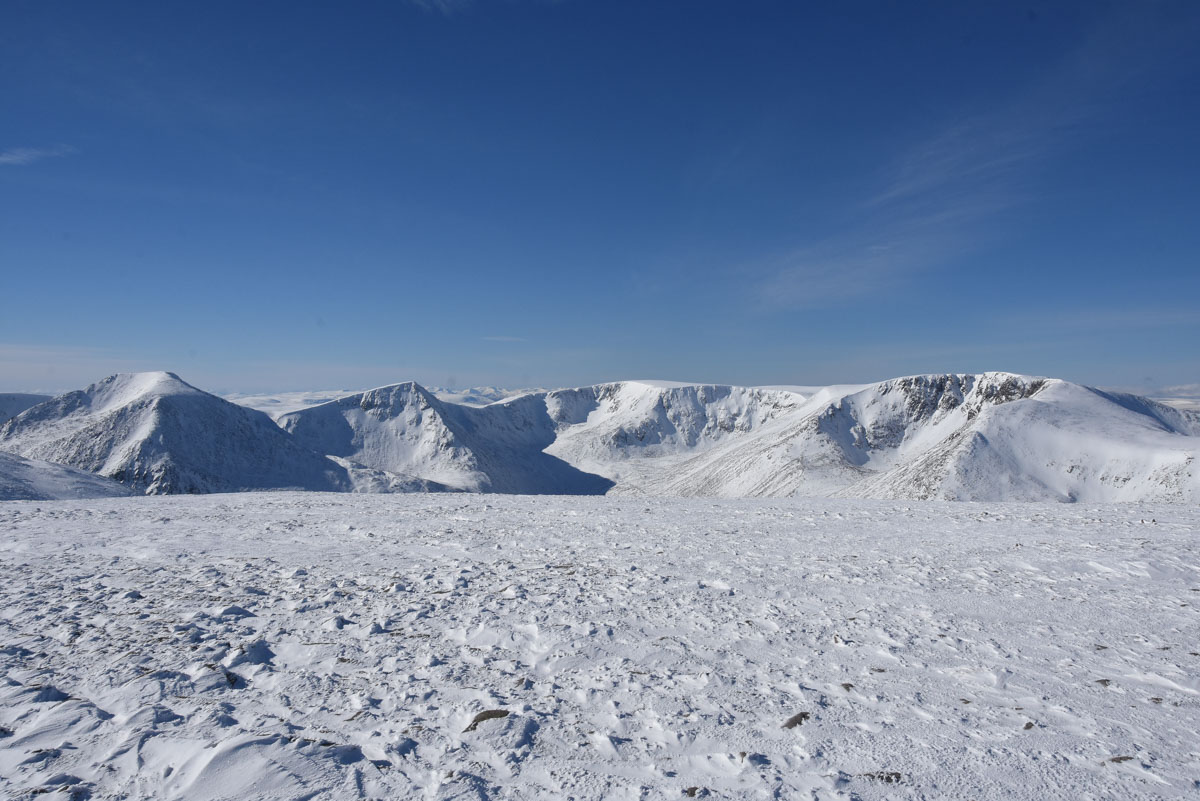 We arrived at the summit of Macdui and, as usual, we headed south a little. The views from the summit of Macdui are impaired in most directions by the large flat summit area itself. Well worth heading off a way to see the view once the slope starts to increase. The view south down to the south end of Lairig Ghru and Bod an Deamhain is a great. 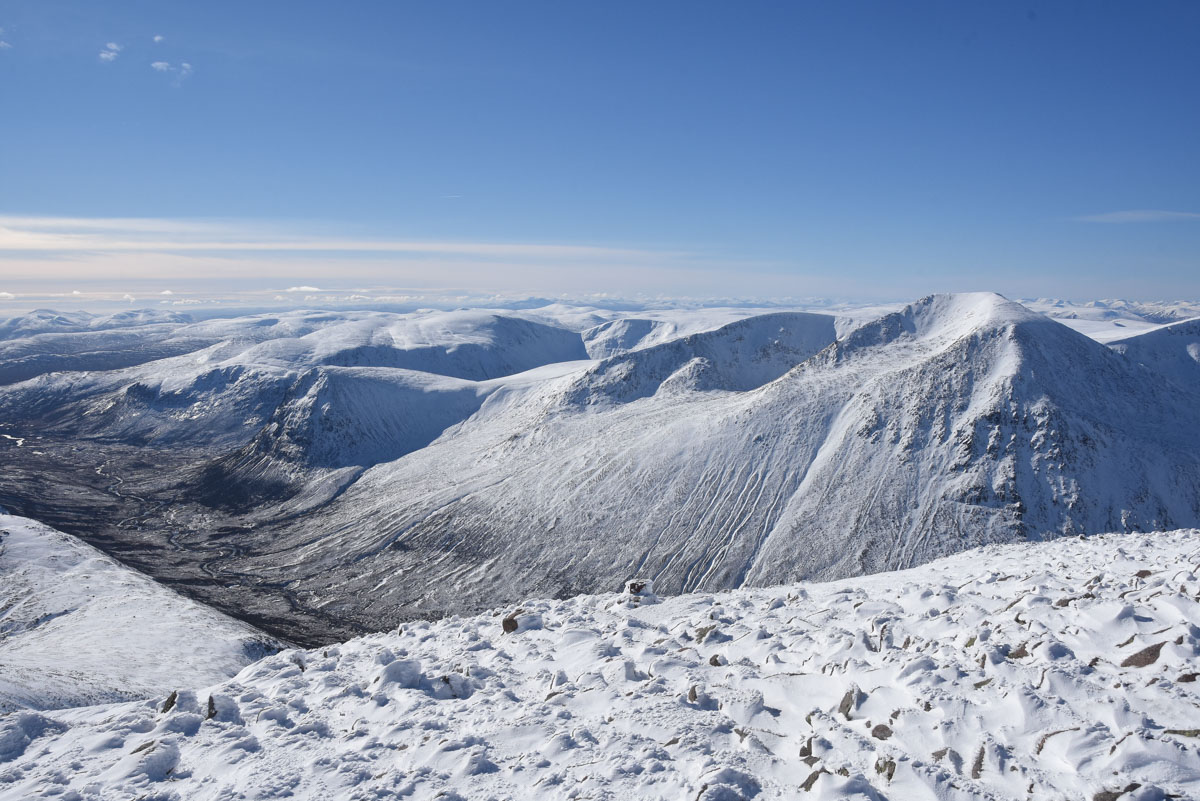 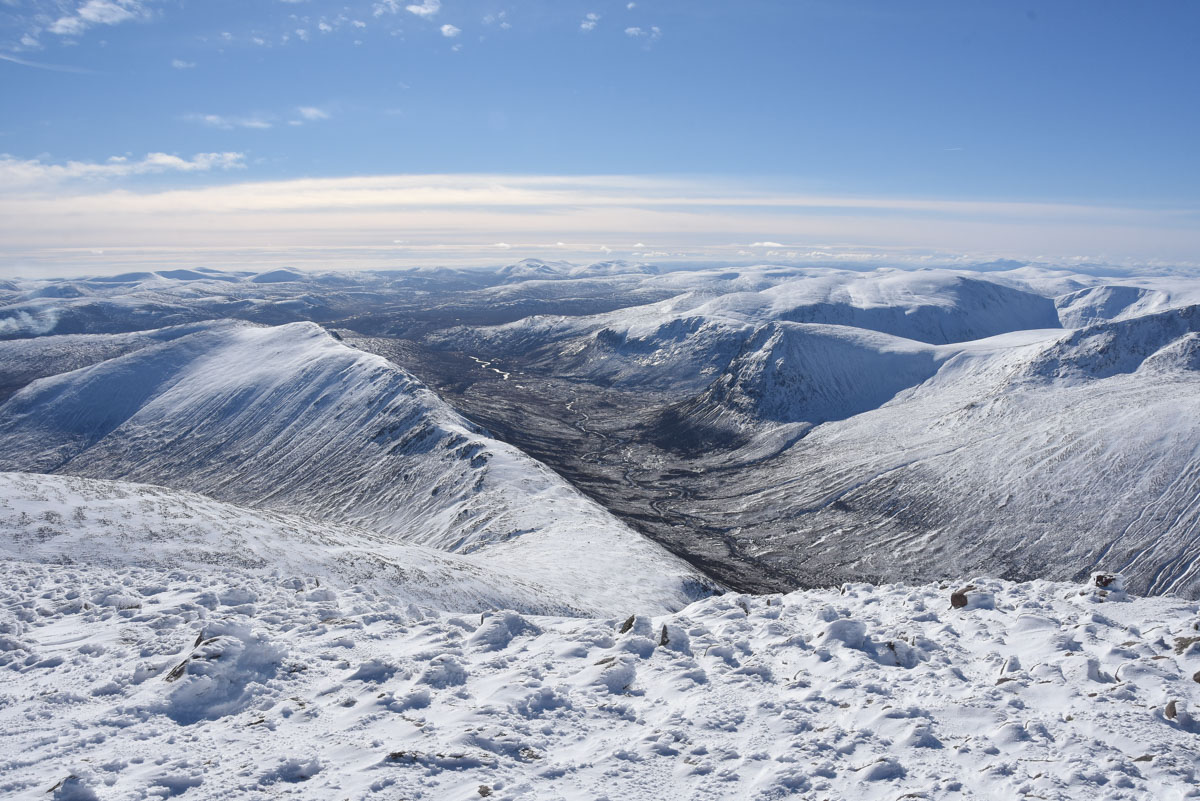 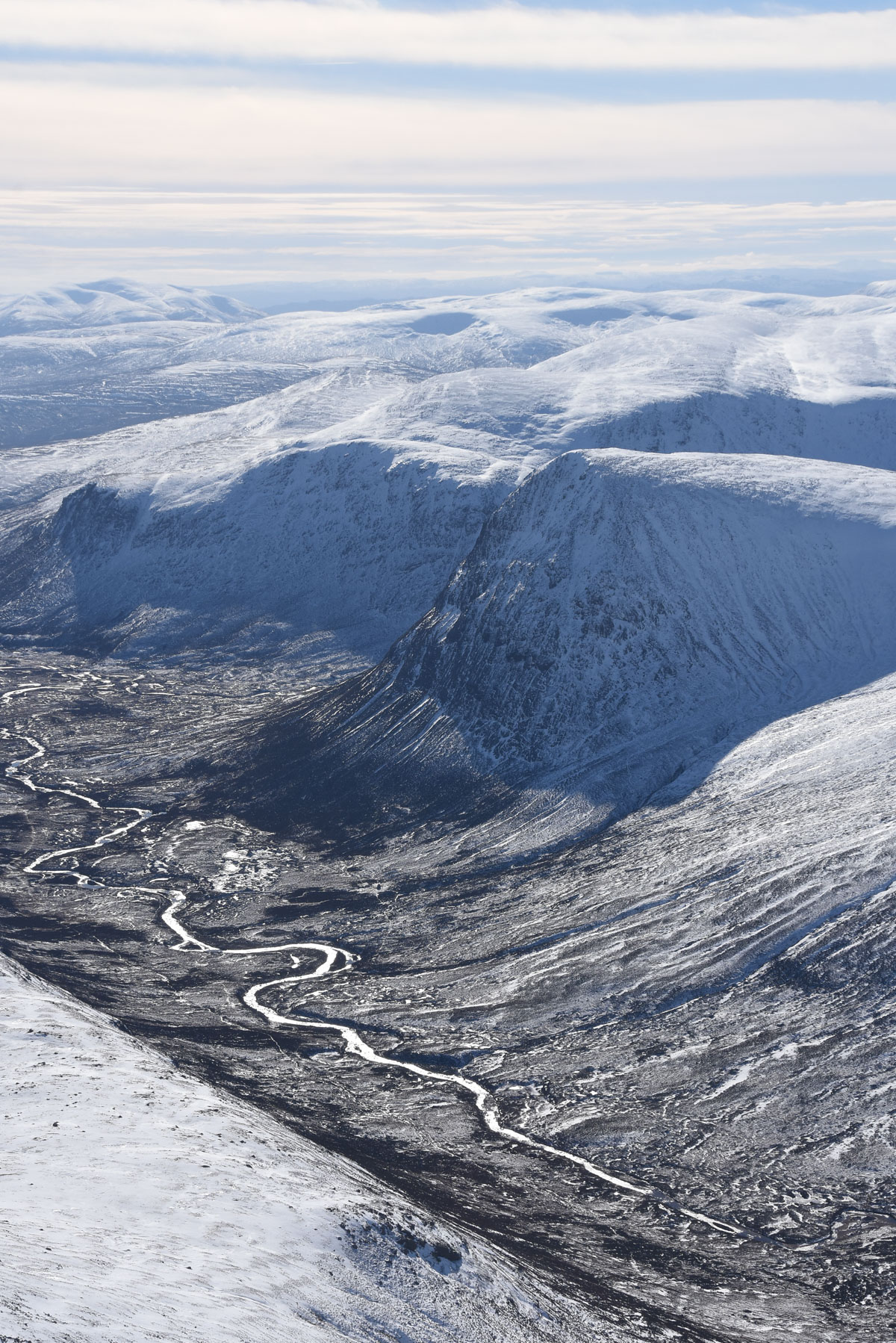 Sat for a while and had our lunch, a nice peaceful spot away from the busy summit. Eventually decided to head back.

Reversed route, a nice hands in pockets return. Enjoyed the views west as much on the return as on the way out. 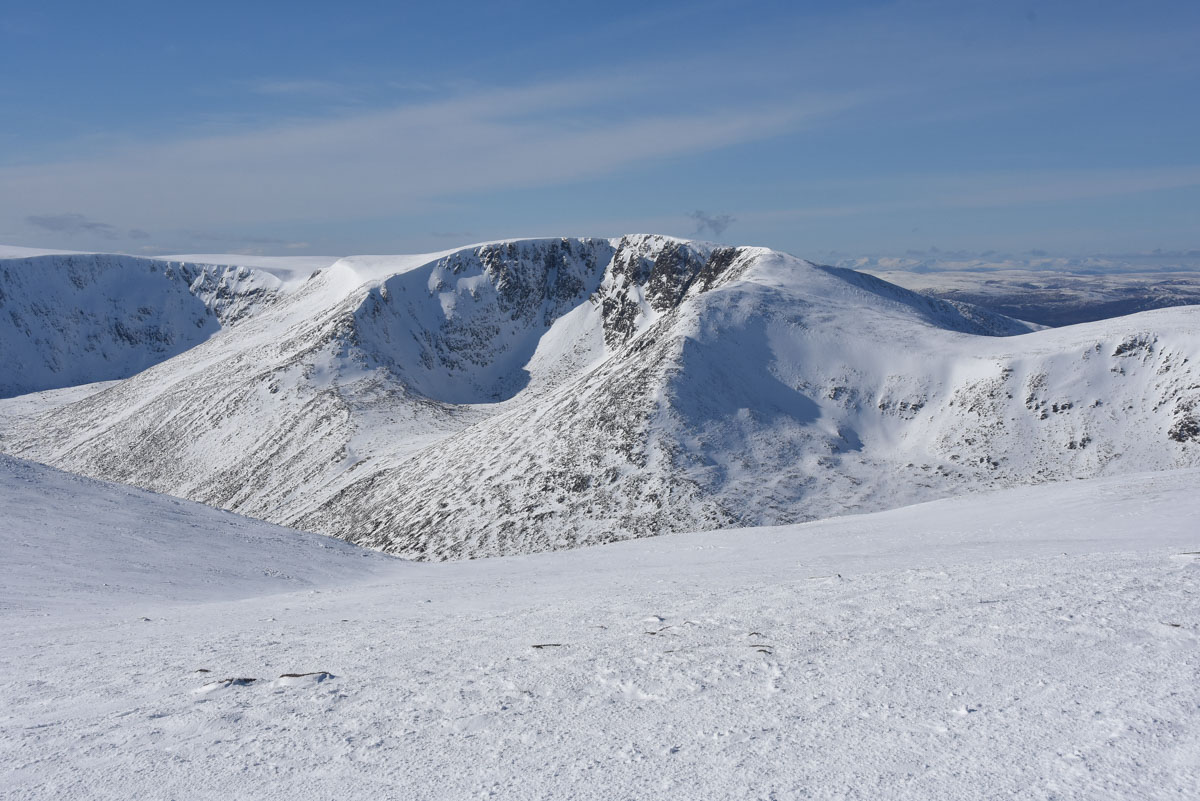 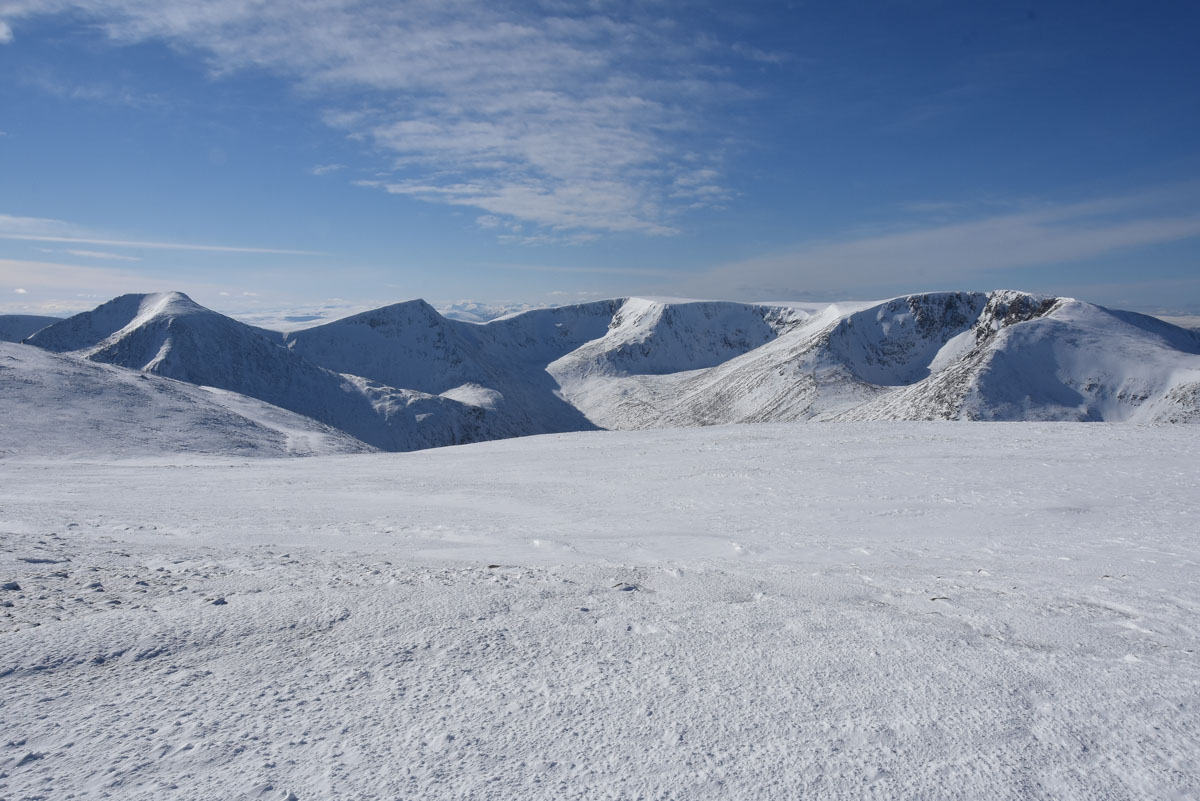 Brariach is a beast of a hill – a surprisingly small summit area gouged on all sides by dramatic cliffed coires. A nerve-wracking wander in a white-out! 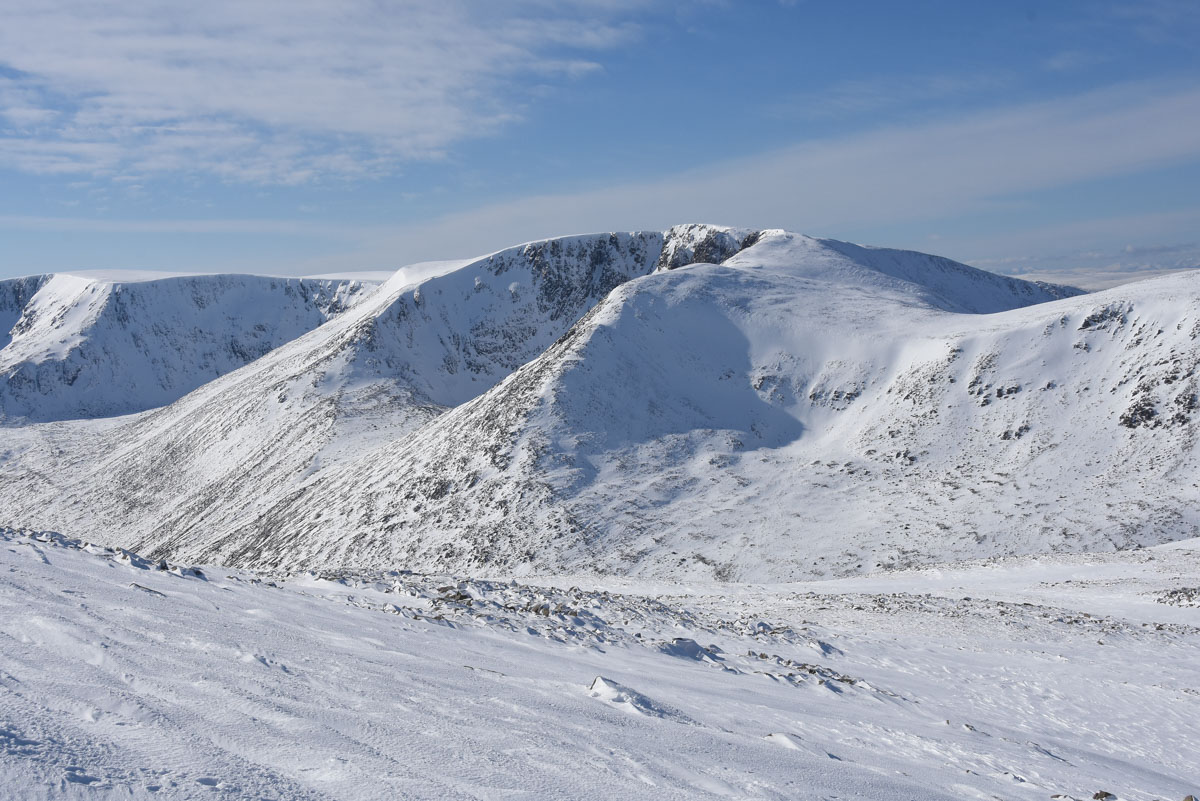 Headed back up Cairn Lochan, the snow melting a little under the March sun.

H on return to Cairn Lochan: 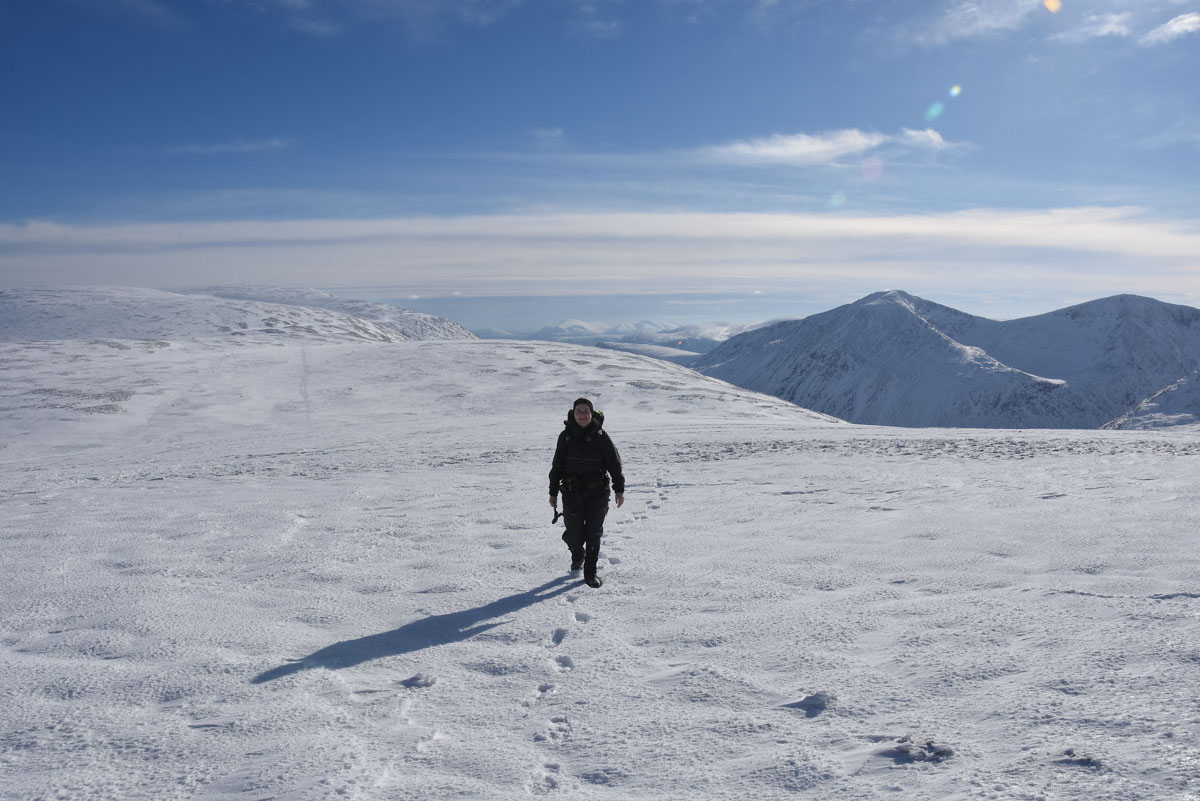 Dropped back down to the 1083m top and its views of Lairig Ghru. 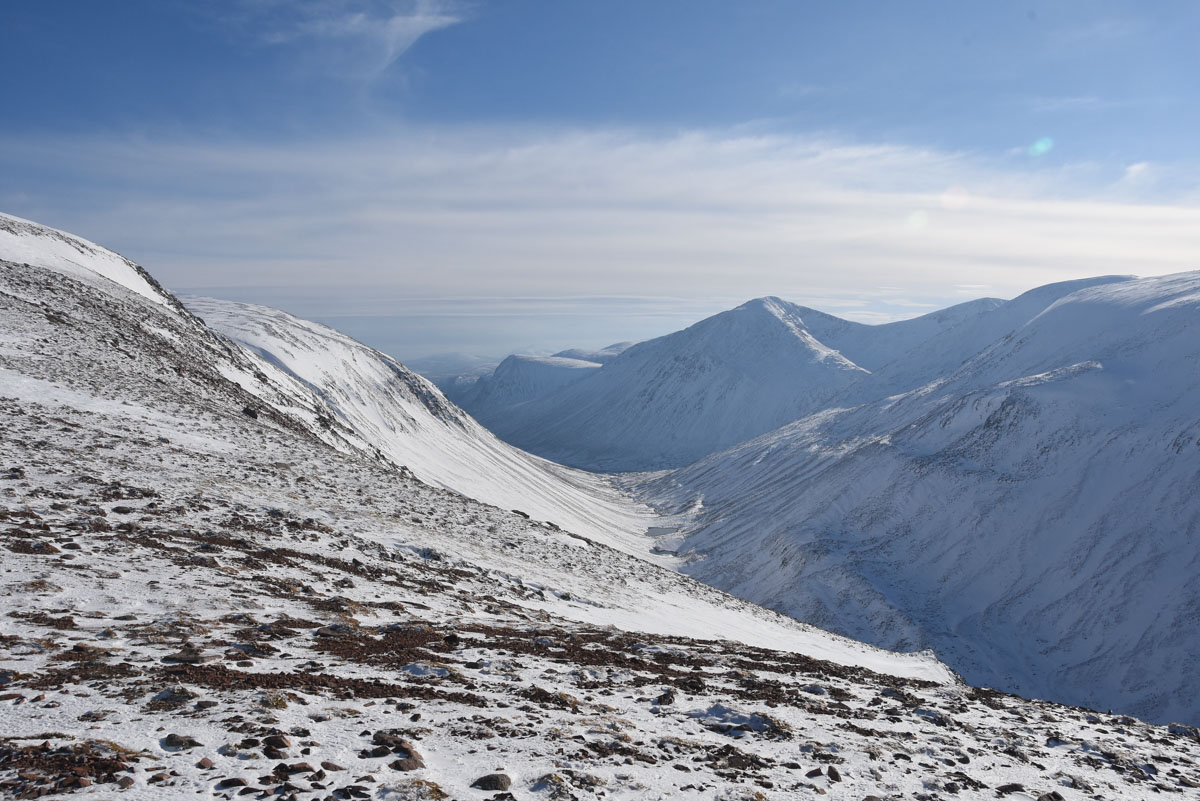 …and then a last sight of Cairn Toul before heading down the slope towards the Northern Corries. 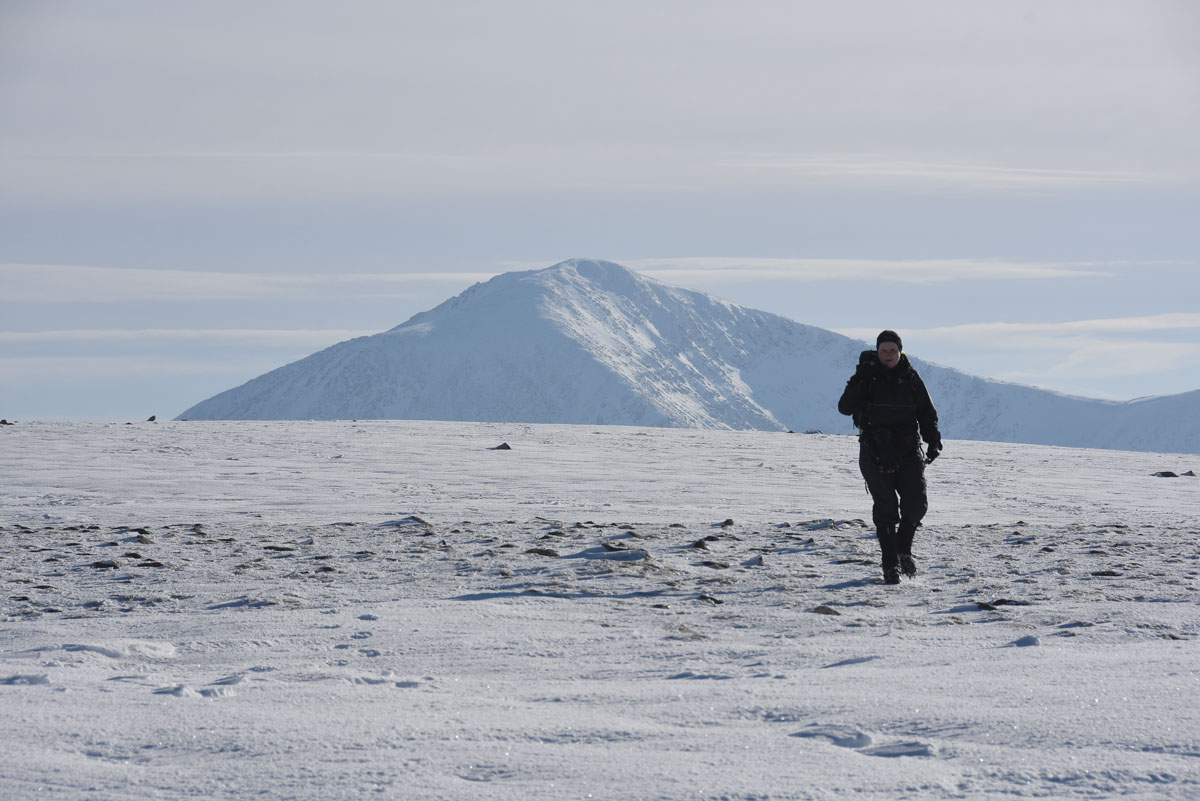 Then the walk back to the car park across the Northern Corries, a bit of a winter wonderland. 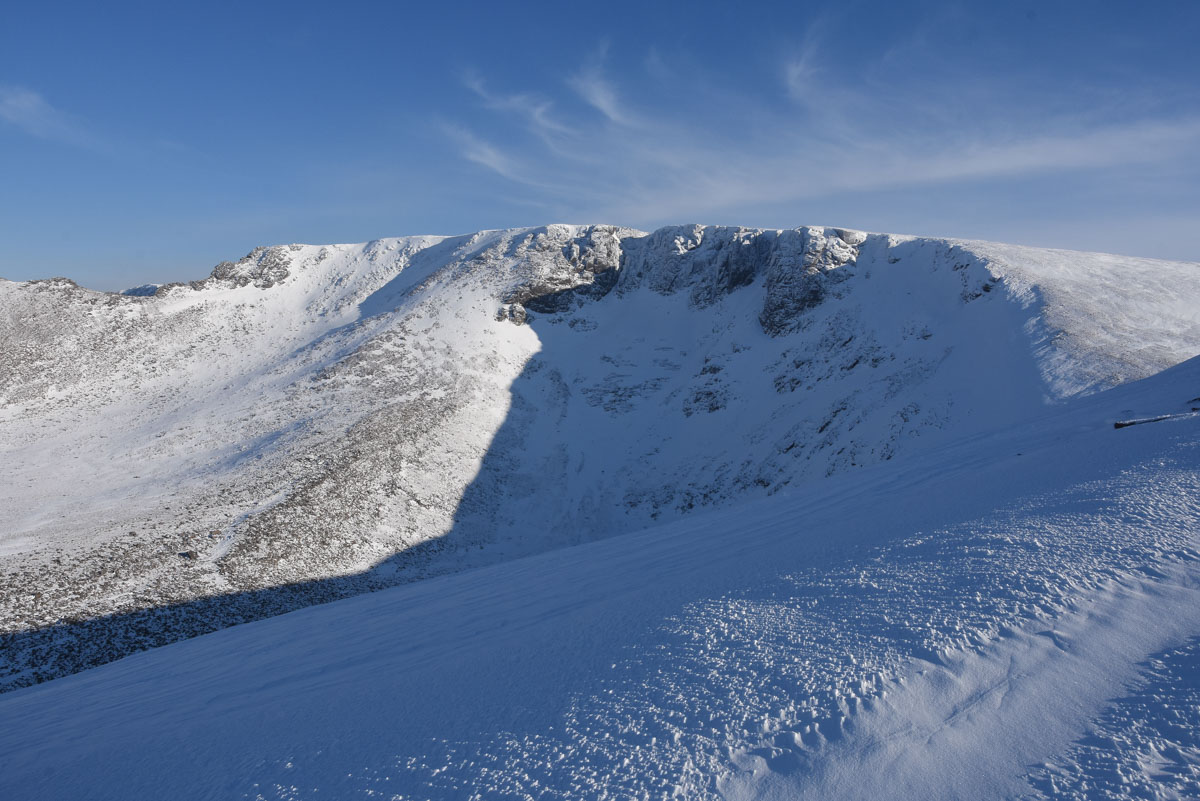 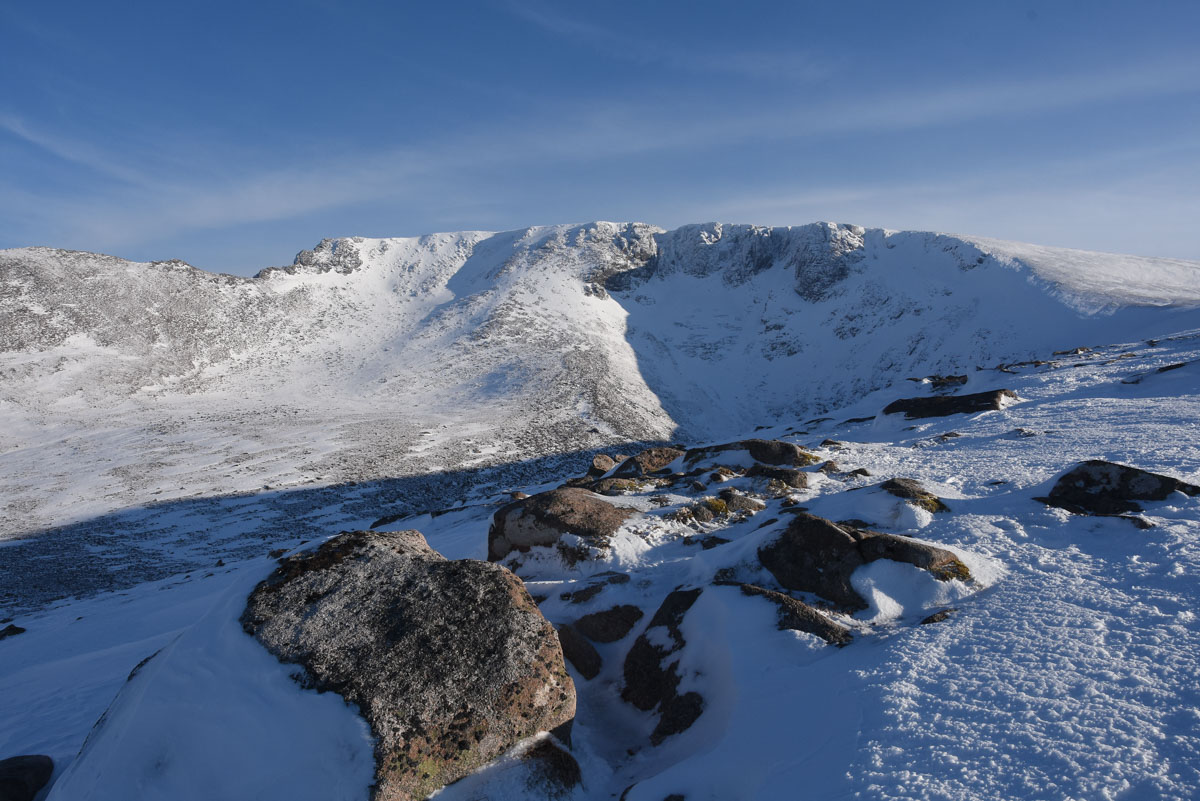 Possibly our favourite “go to” walk. Not difficult, but as the seasons wheel around the different moods and wildlife of the Cairngorms are easily accessed this way. Hopefully a few more visits to come.