One of the disadvantages in not following structured itineries of hill destinations (bagging) is maintaining a good diversity of destinations. I tend to be guilty of picking old favourites when given the chance.

We still have a lot of hills to revisit though. One of these was Beinn a Chlachair. We had visited this one with the adjacent Geal Charn and Creag Pitridh on a less than perfect day in 2005. I’d had my eye on a better exploration of the hill so off we went.

Parked at the large parking area near Moy – NN 433 830. The track from here past Luiblea to Lochan na h-Earba is one we’ve plodded a few times. Conditions were nice – there was decent visibility and to the SW Stob Ban was looking pointy. 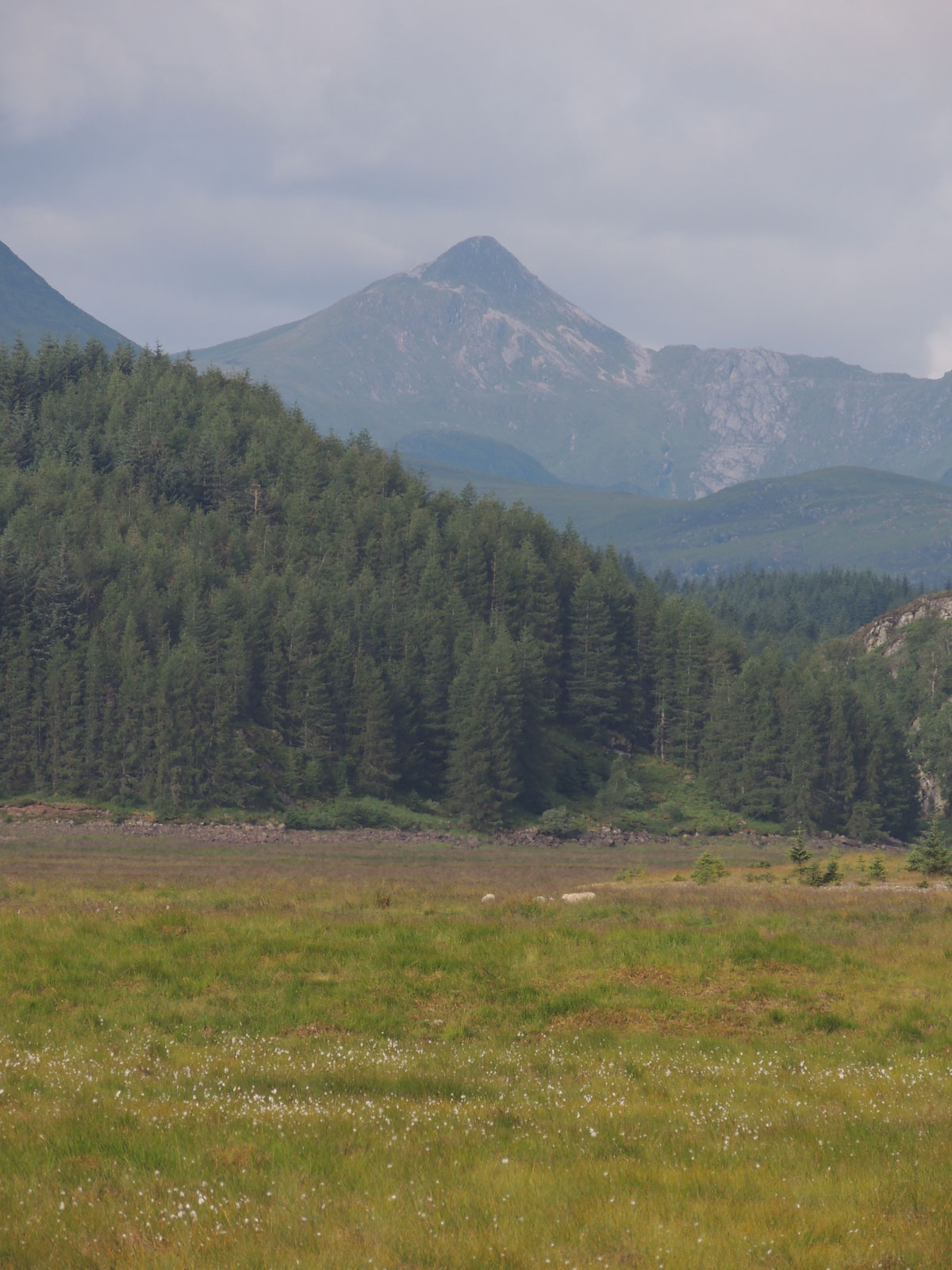 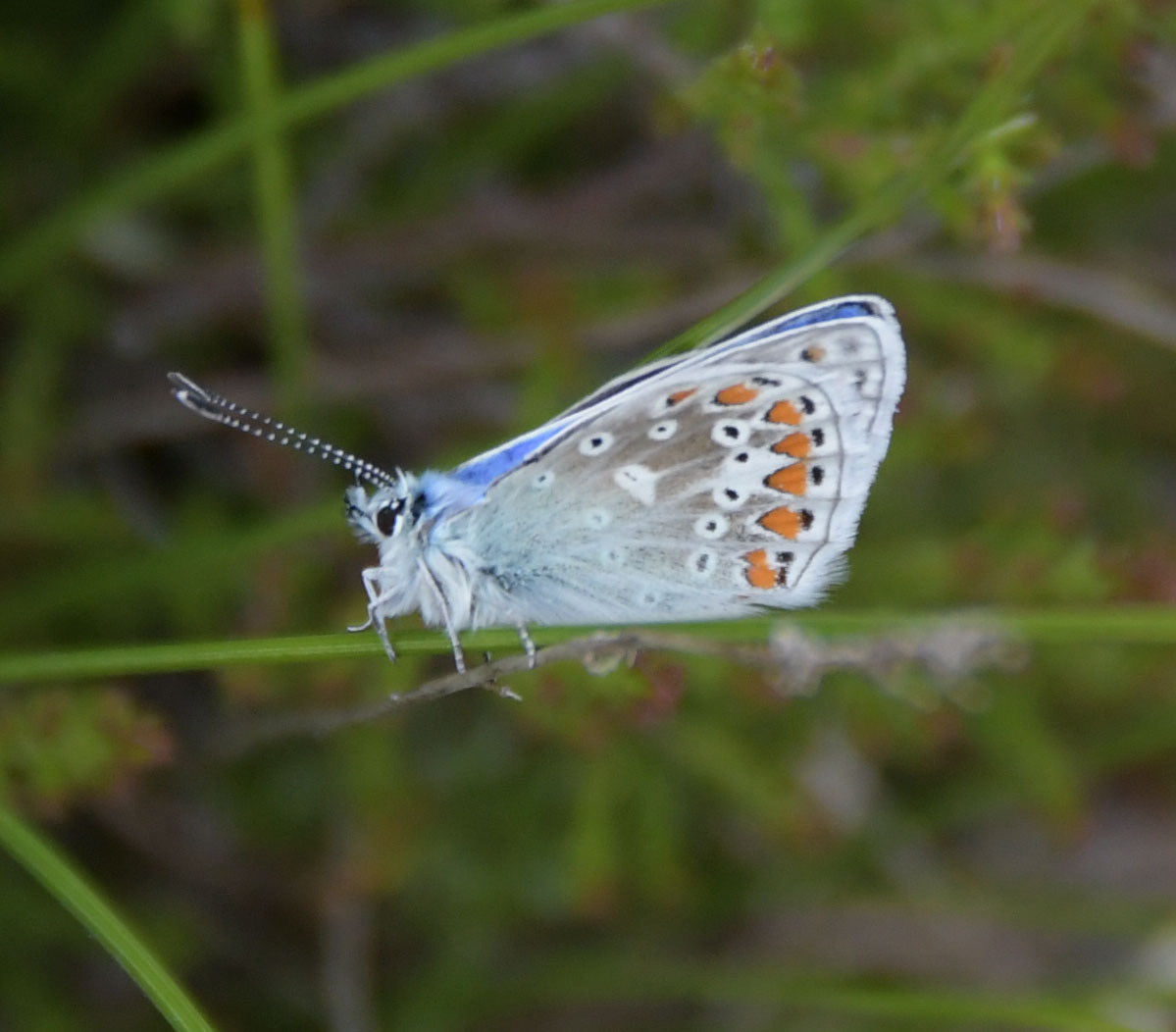 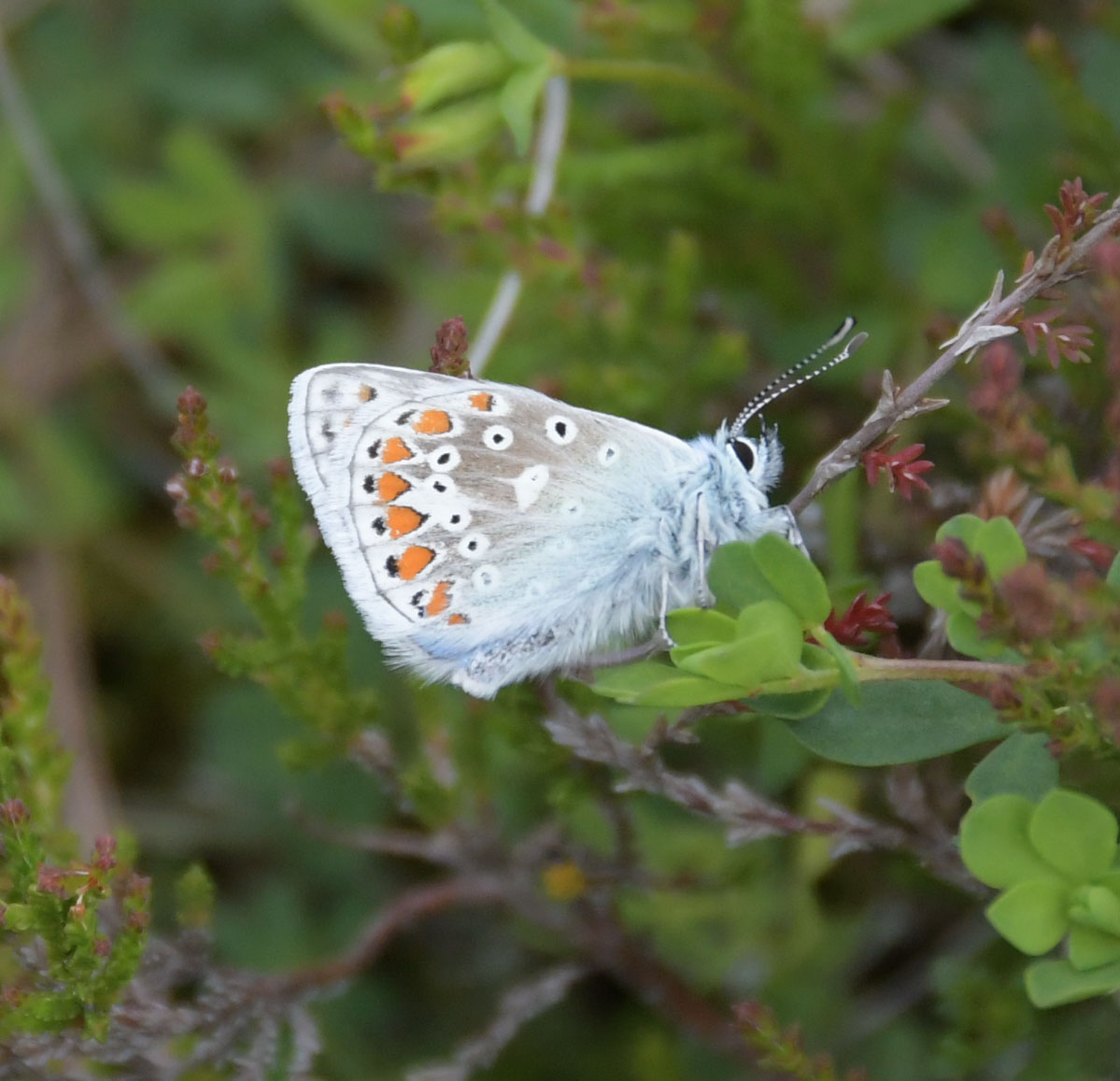 When we concentrated we plodded along, up the substantial track to the bealach between Beinn a Chlachair and Geal Charn. 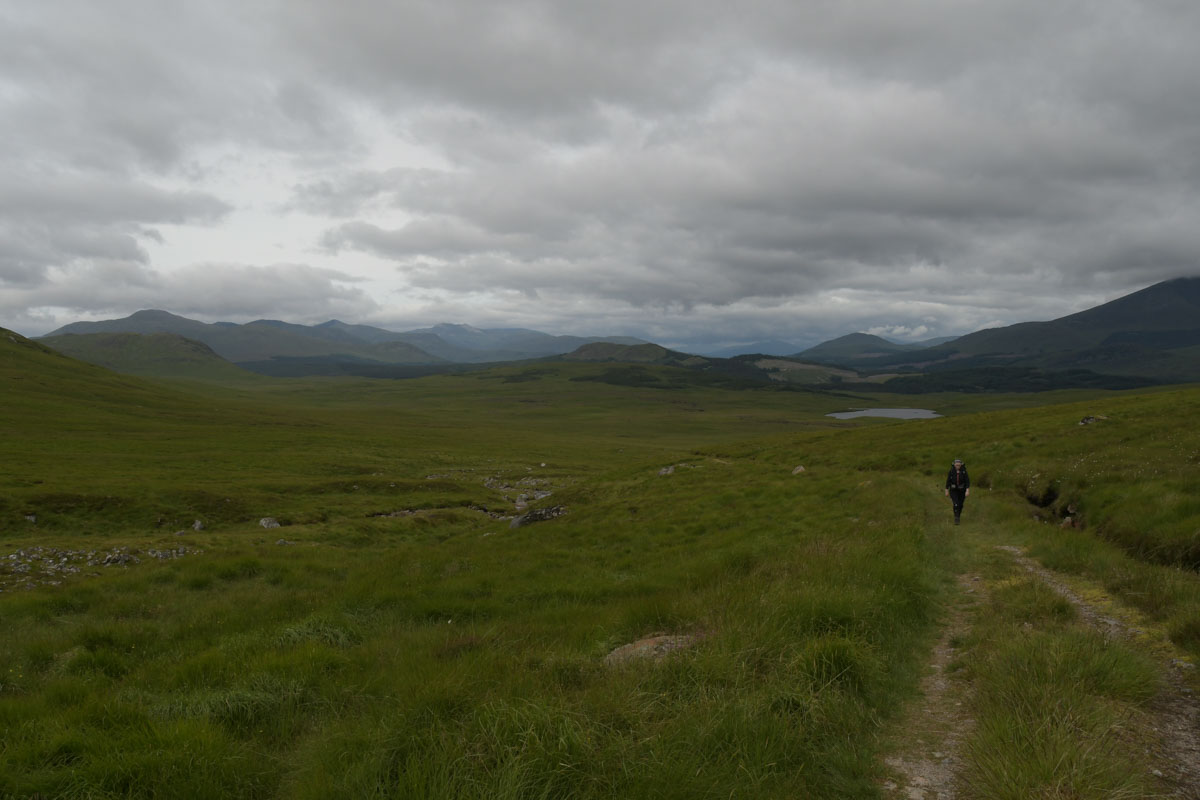 The path through the crag line gave us a fine view of Loch a Bhealaich Leamhain (and Loch Pattack beyond). 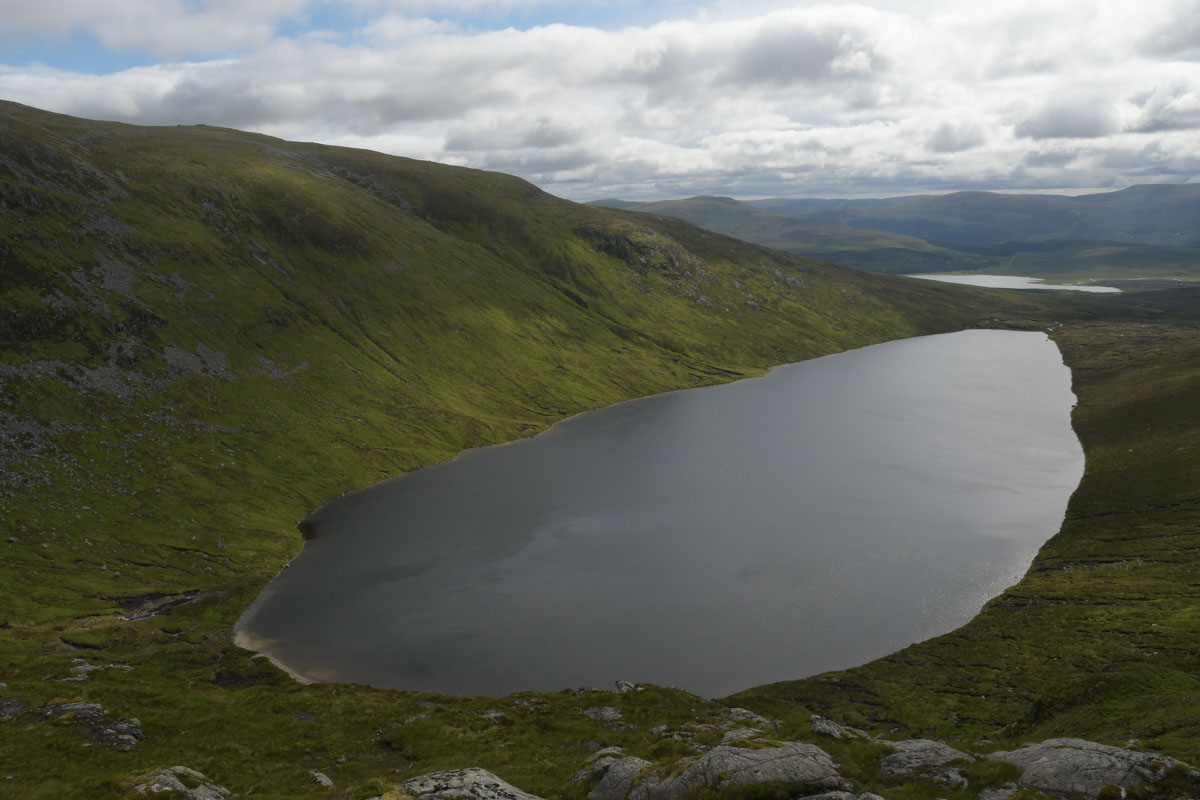 It’s quite a fine wee route, making easy work of harder terrain along the obvious line of weakness in the hill.

Path above the loch: 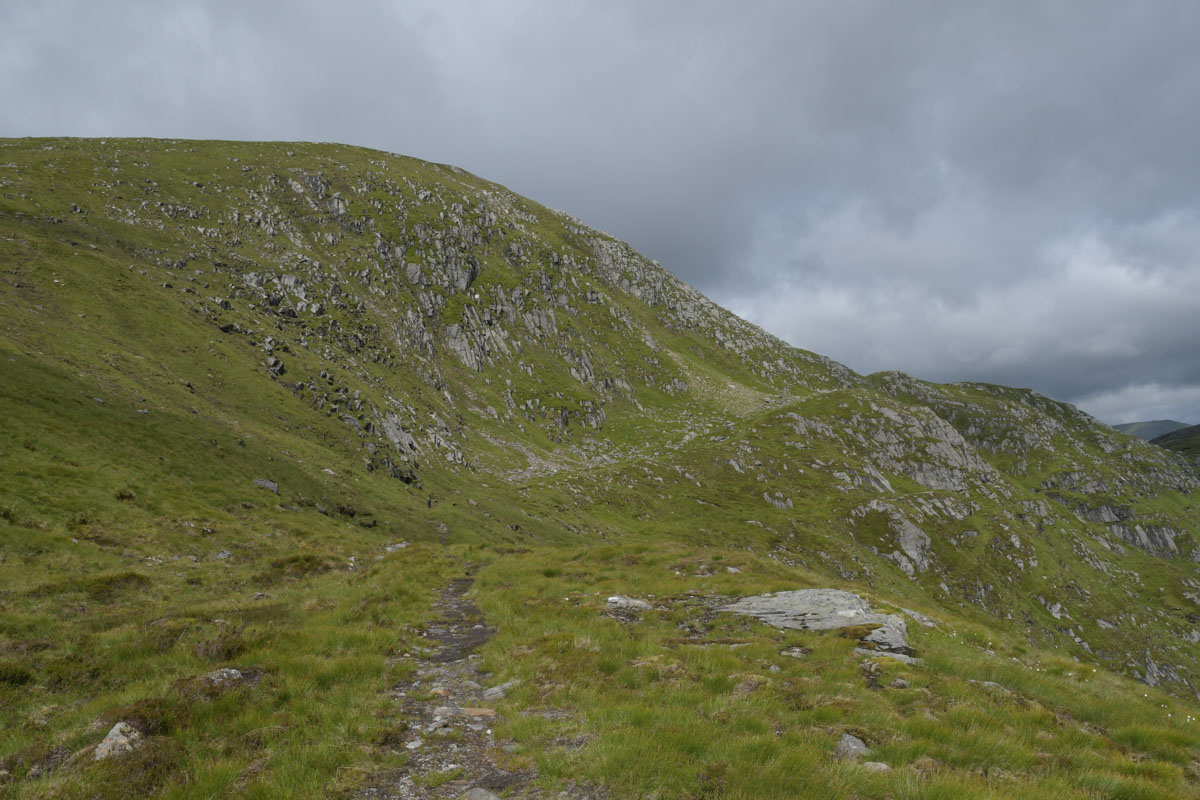 The path uphill was a little sketchy, not that it really mattered. It was nice to get a good look at a few of the hills in, what is for us, a neglected corner. 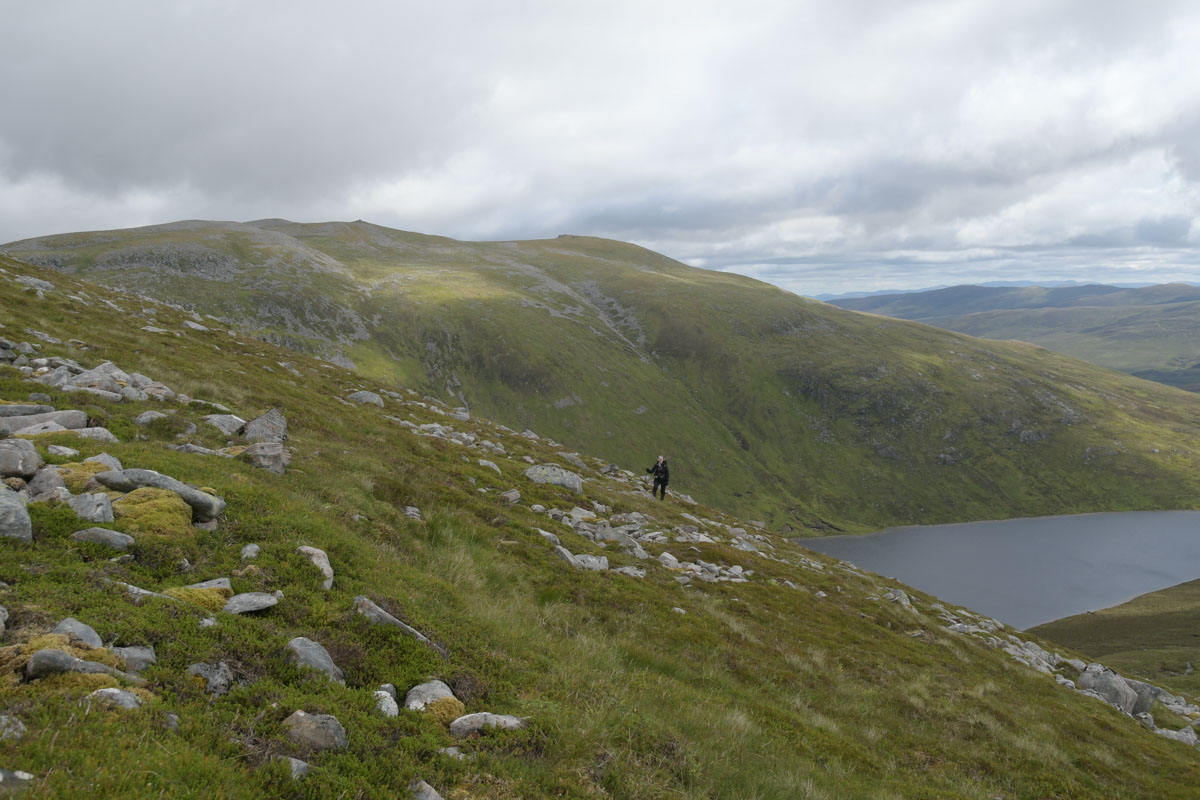 Once on the shoulder then Beinn a Chlachair is a 5km ridge to the far end. Up to the summit, as the name suggests, is a little stony. For the most part the ground is reasonable though.

Summit of Beinn a Chlachair: 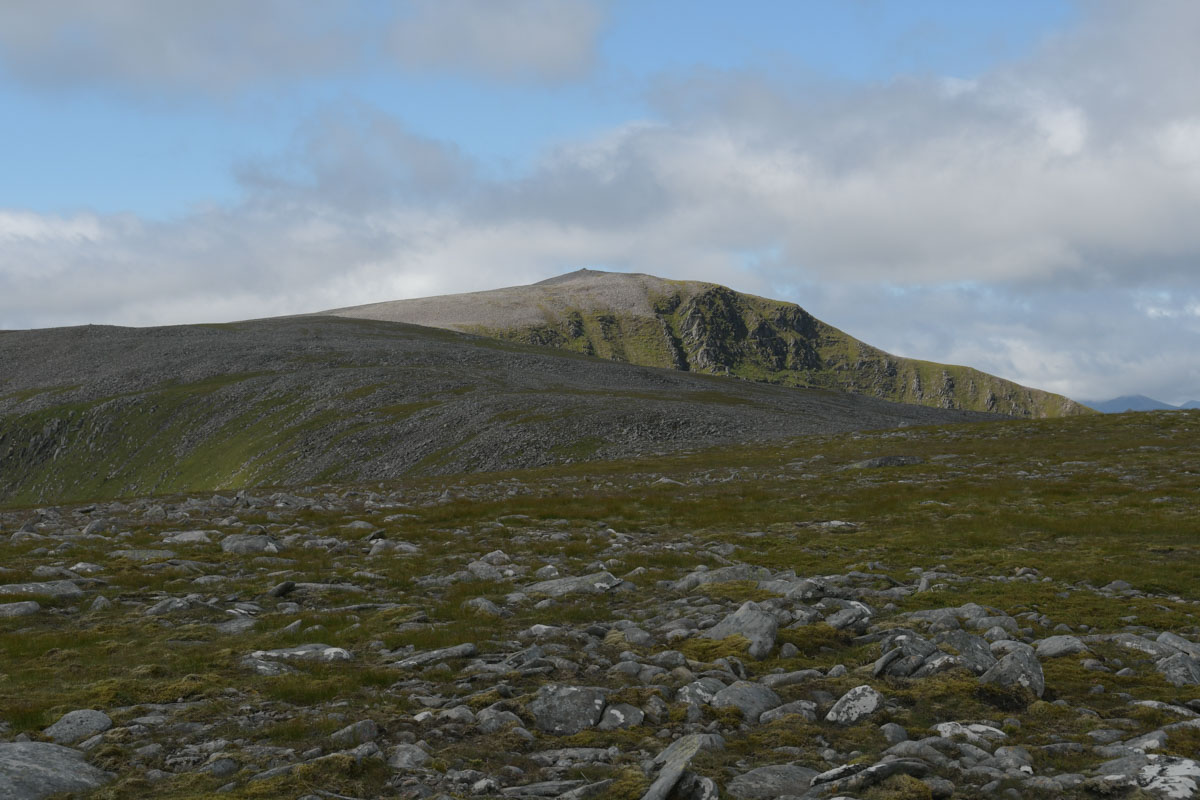 Approaching the summit has a backdrop of Geal Charn and Creag Pitridh – we have plans afoot to explore these from the far side and more stalkers paths. 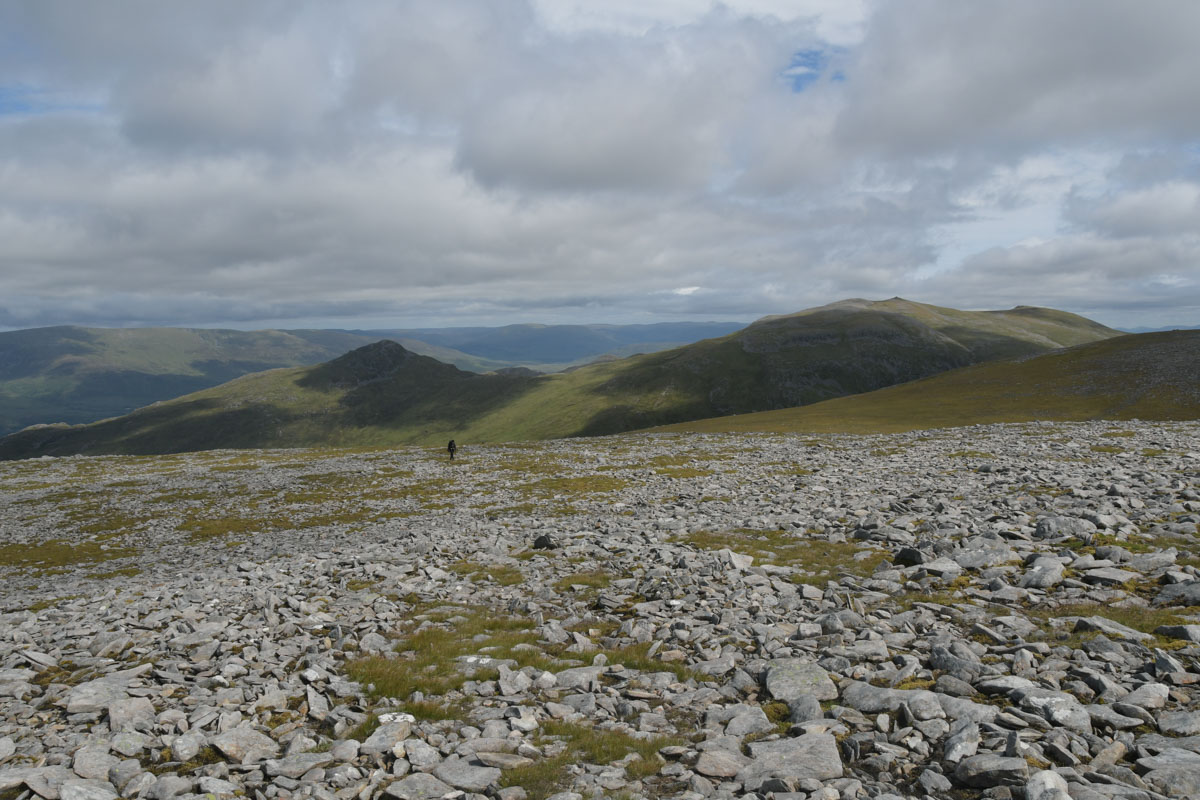 The summit has rather good views west to Lochaber. 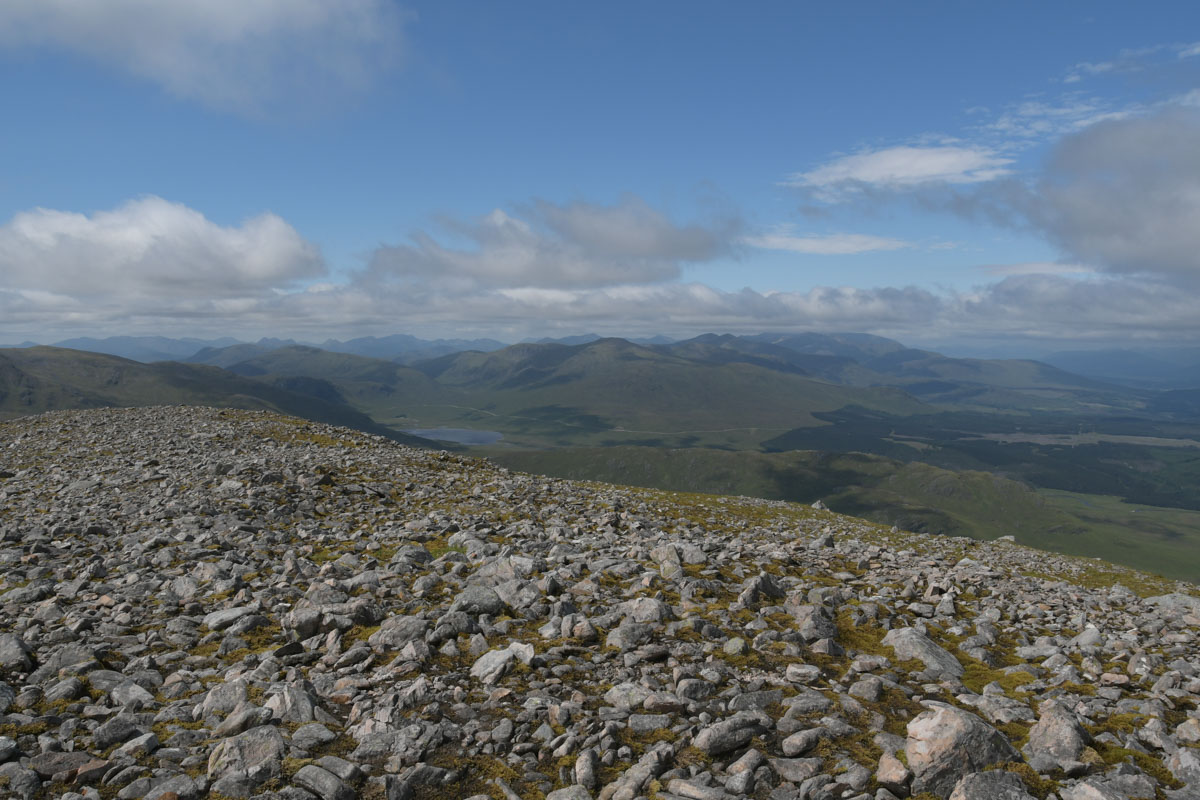 East the other 2 munros of the red route, with Monodliath and Cairngorms beyond. 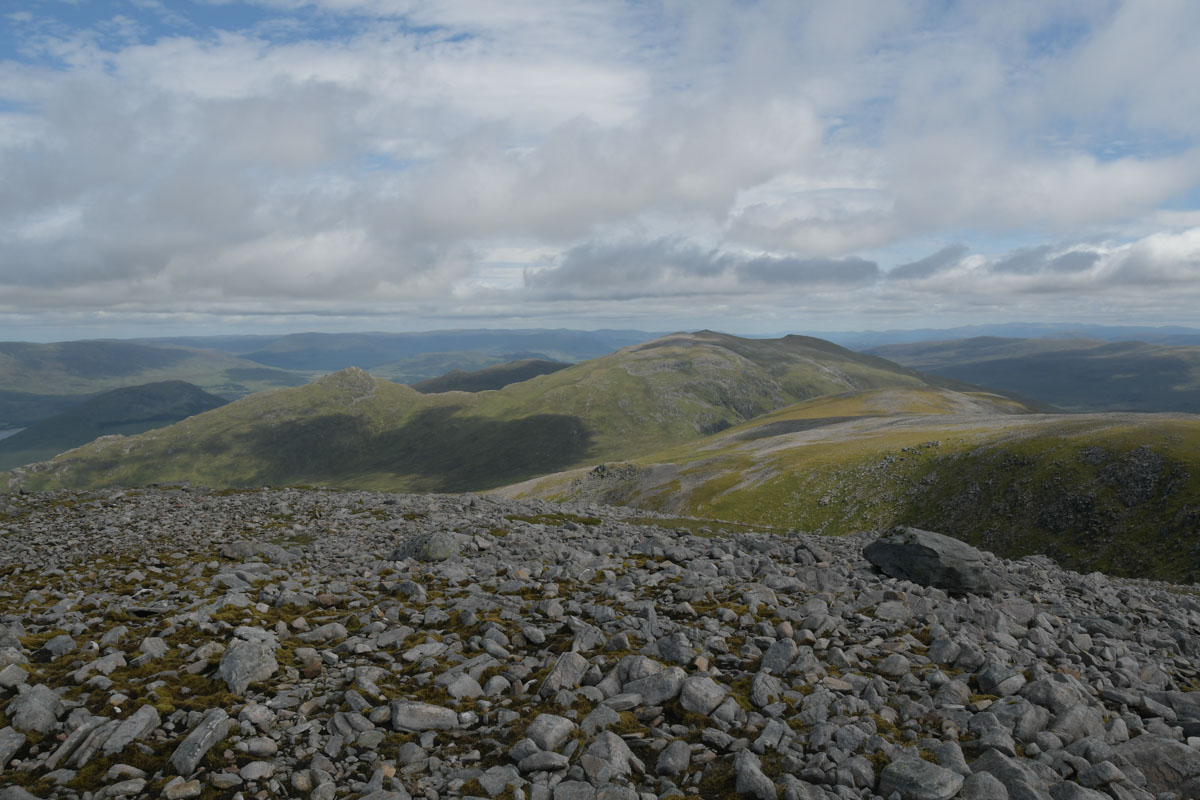 To the SW the track out to Strathossian and Loch Guilbinn are places we have not yet visited. 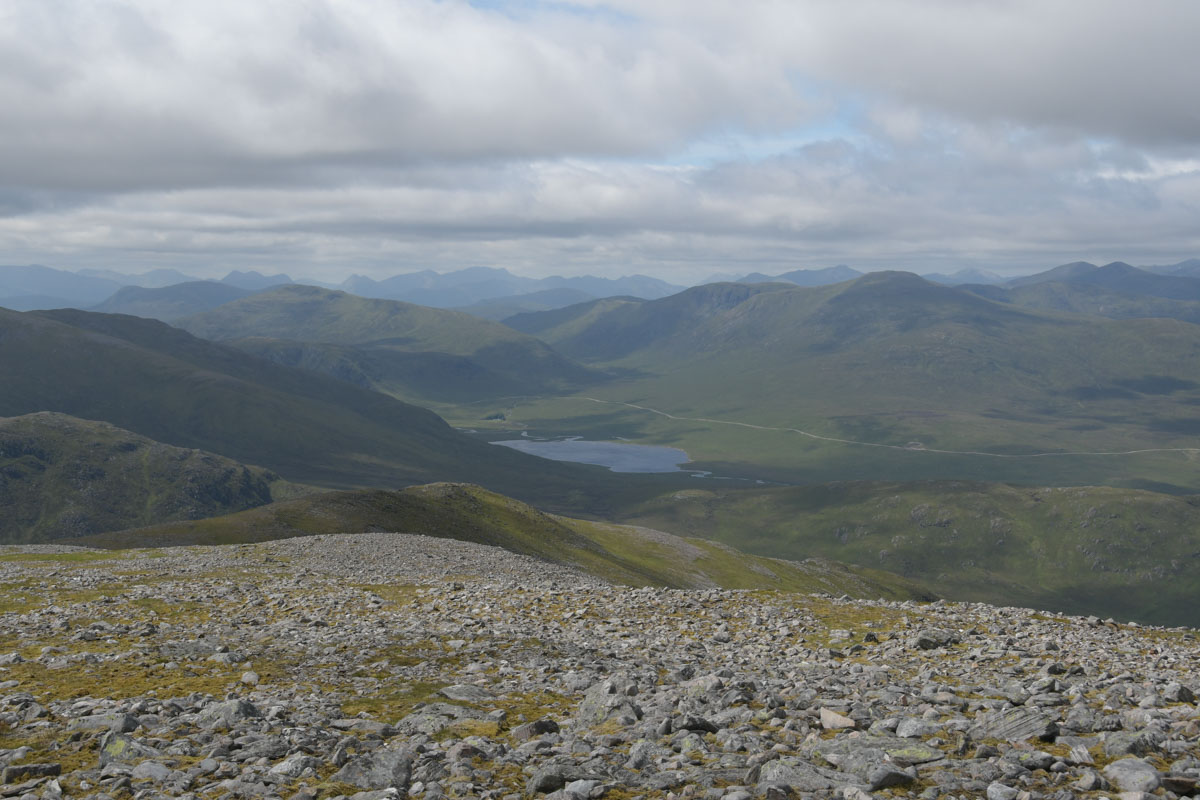 Had a decent lunch break at the summit, tucked in out of the cooling breeze. After about 40 minutes we got going, continuing SW along the full ridge of the hill. We wandered as close as possible to the steeper south edge of the ridge (Garbh Bruthach) above An Lairig, the pass between Chlachair and the munros to the south. 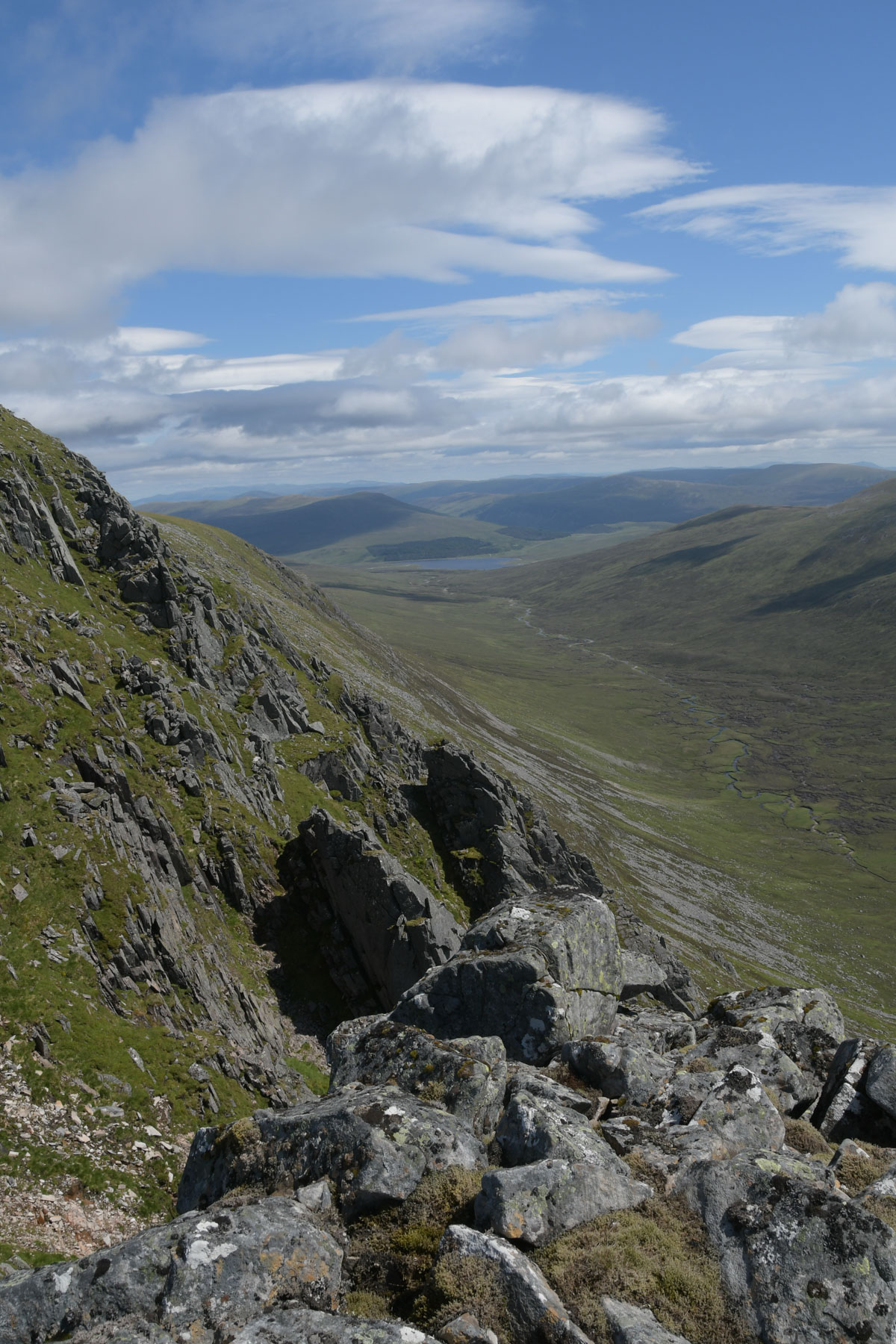 Across An Lairig the other Geal Charn is a big hill, comparable to Ben Alder hidden beyond it. We were very interested in the views here – these are hills we’ve only visited once and are rarely seen, being tucked away. Thoughts of a camping trip to revisit these were quickly kindled. 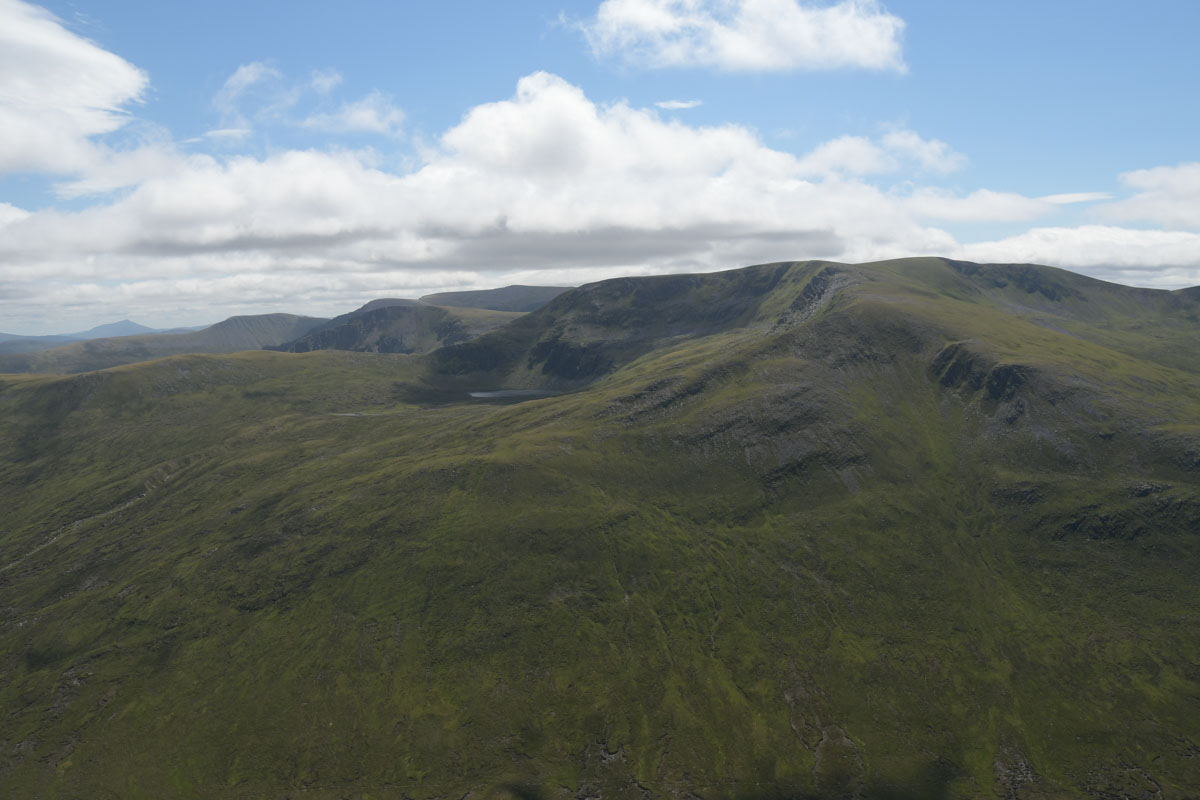 To the north, Creag Meagaidh is much further away, and many of its most dramatic features are hidden. 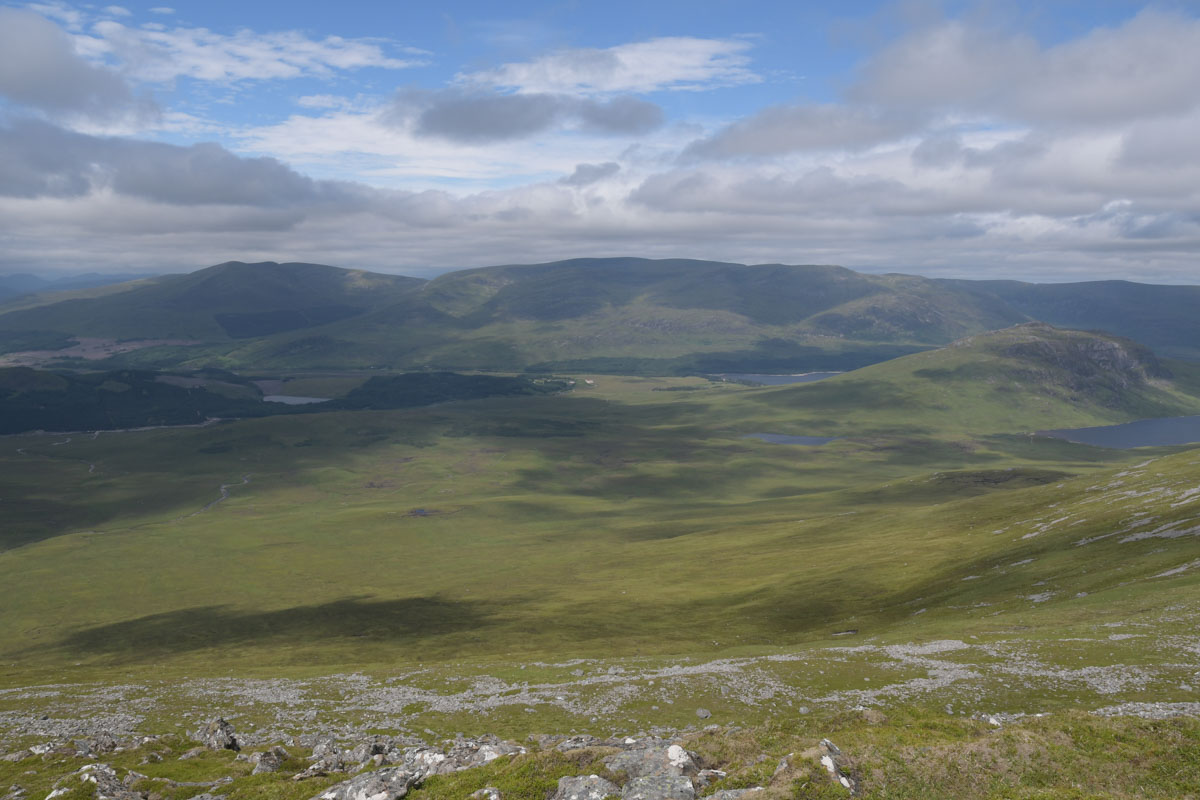 Carrying on the ridge starts to tail away downhill, at a nice easy angle, forming Ceann Caol Beinn a Chlachair. 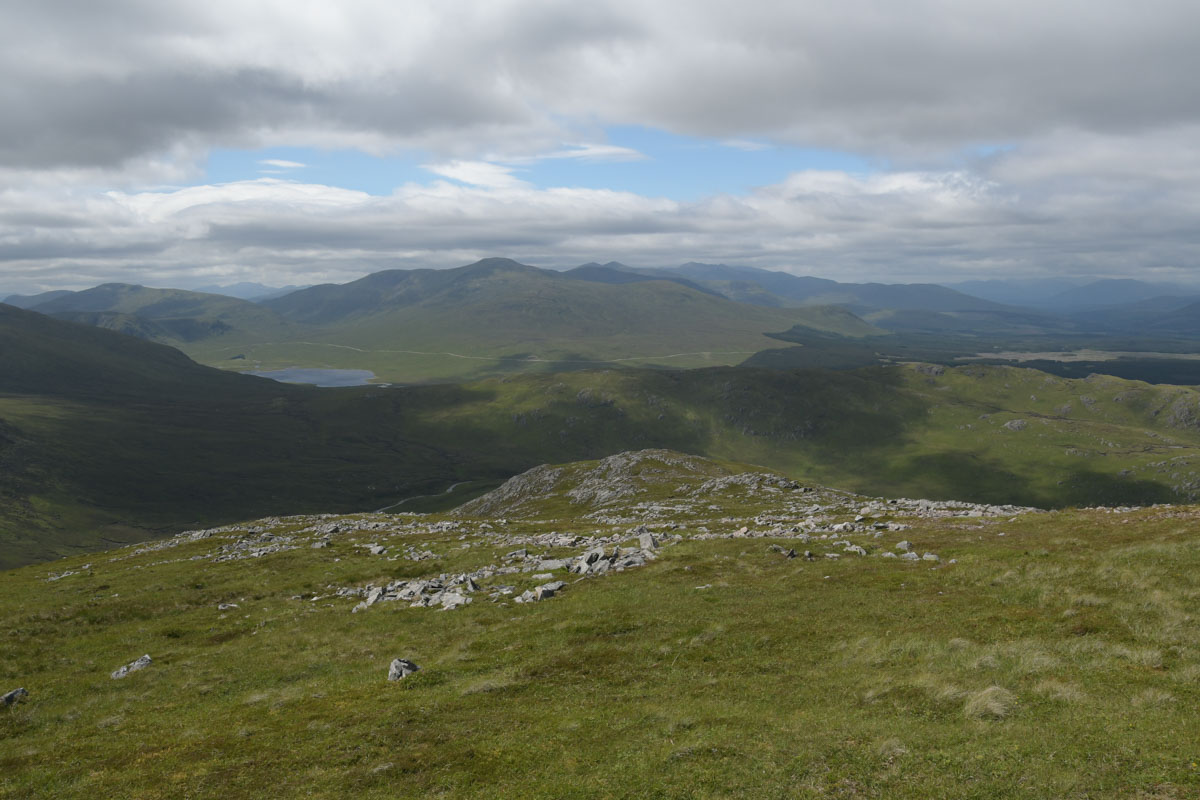 Dropped down to the path which runs here from Luiblea. Our previous visit was a camp here allowing access to Beinn Ebhinn, Geal Charn, Carn Dearg and Aonach Beag. Passed our camp site with interest before reaching Lubvan. 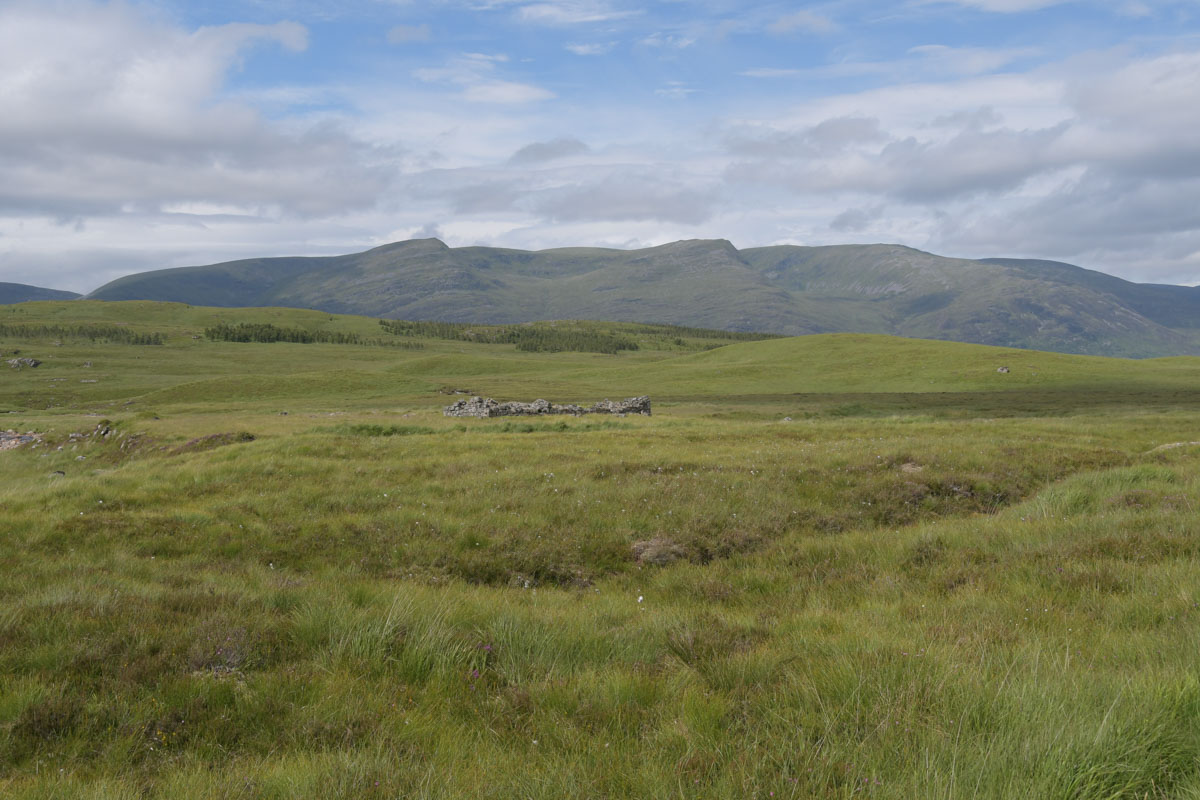 A stroll back down the path and then track to lochan na h-Earba. 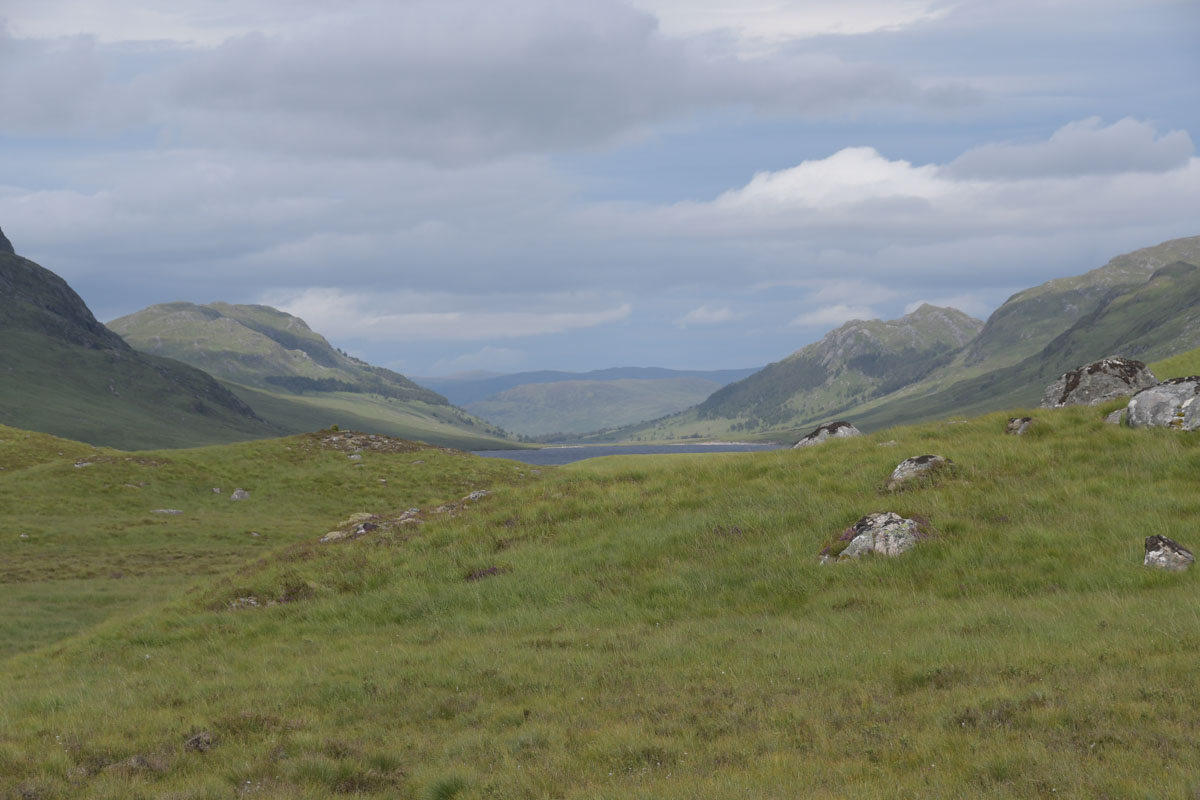 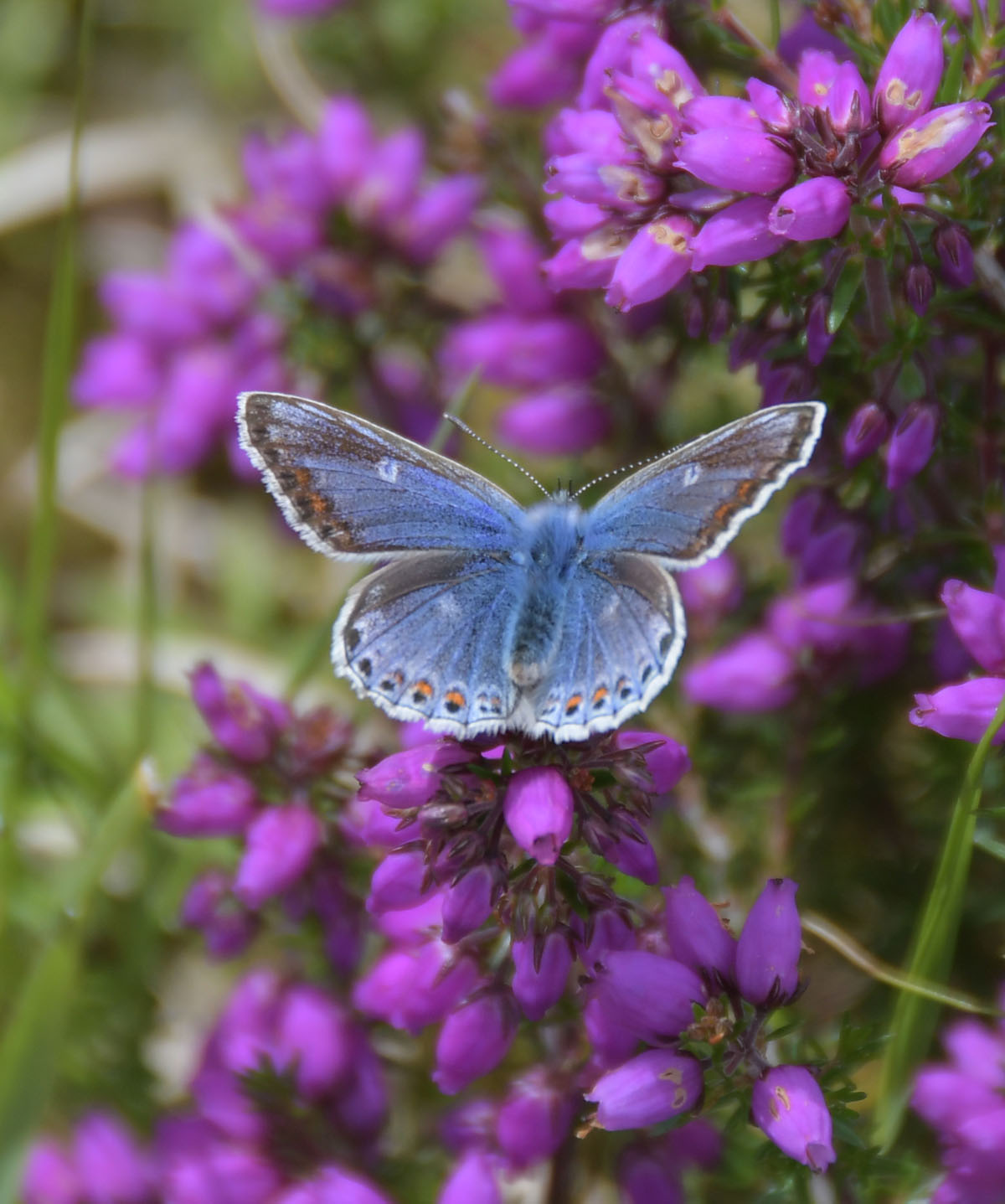 Nearly back at the car the Grey Corries looked rather brooding. 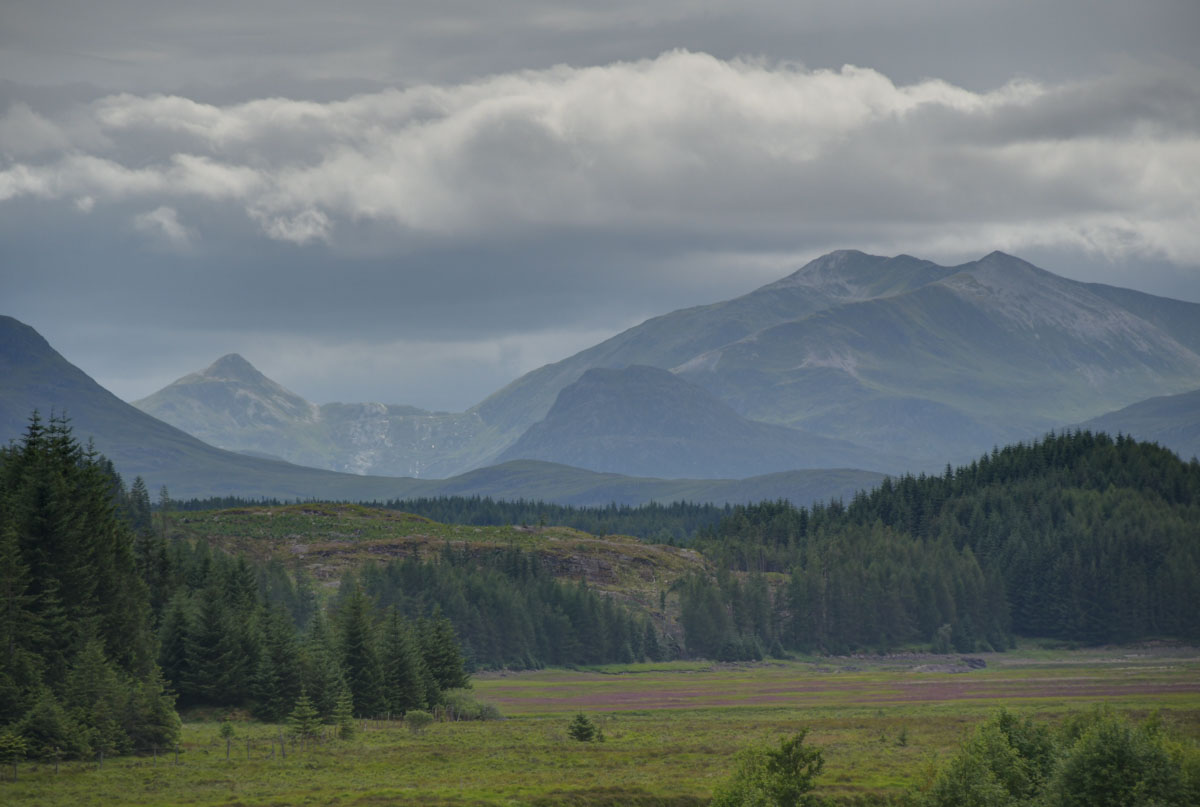 A nice walk, quiet off the 3 munro red route. Certainly made us think about routes to the other hills in the area.