With a week’s holiday on Mull we had a number of walks in the to do list. Amongst a number of hillwalks we’d had our eye on a coastal/cliff walk on the south side of the Ross of Mull.

Malcolm’s Point had attracted our attention when we camped at the north tip of Jura. 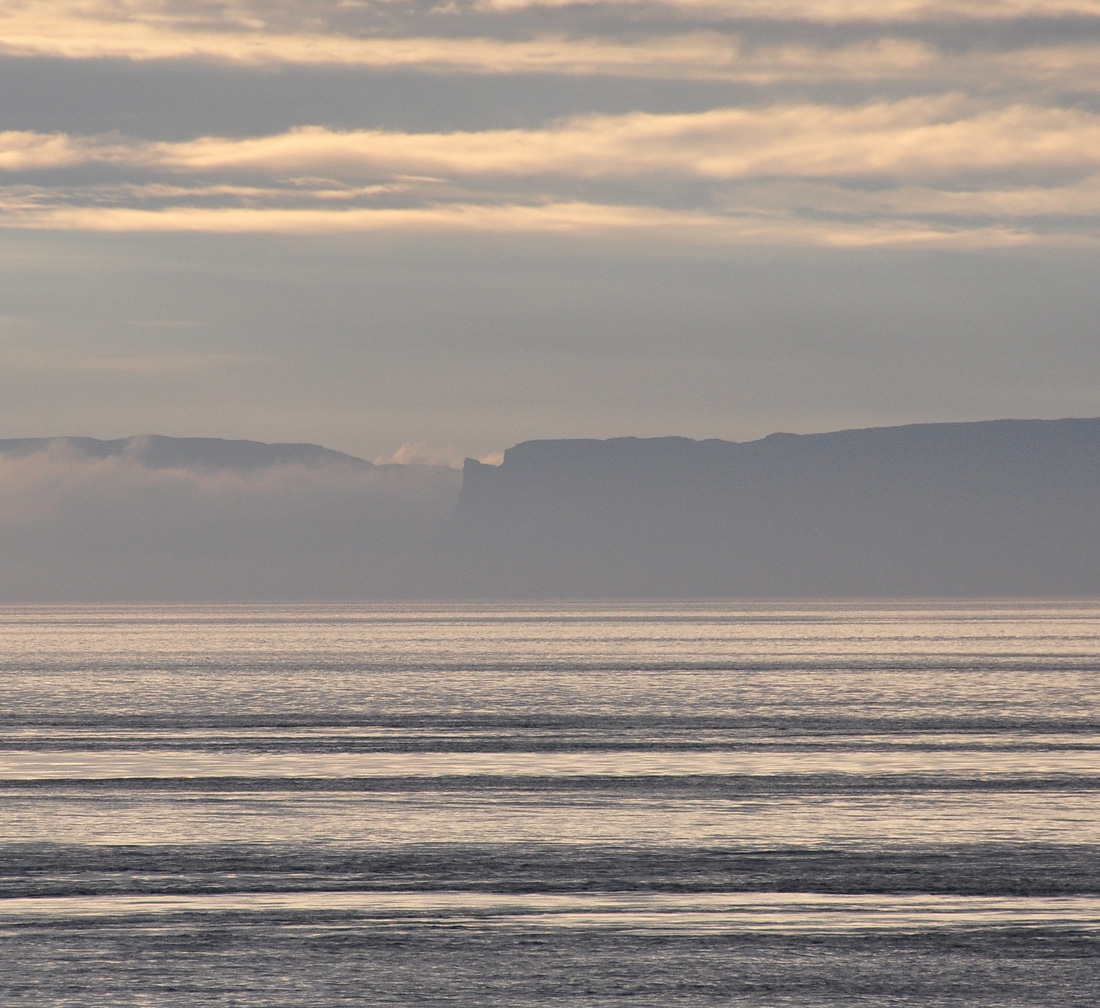 A little research with a 1:25000 map had furnished us with a potential route.

Staying at a cottage at Pennyghael for the week, we walked about 4km west along the road to Beach, starting about an hour before dawn.

There’s a forestry road runs south from NM 465 242, on the 1:50k OS that seems to stop halfway through the forestry plantation. On the 1:25k maps there is a continuation all the way through to Airigh Mhic Cribhain.

Happily that proved to be the case and we duly emerged to see old buildings and a rather nice area at Airigh Mhic Cribhain.

A female Hen Harrier briefly made an appearance before heading off. The area here was obviously previously cultivated, a few old buildings were scattered around. 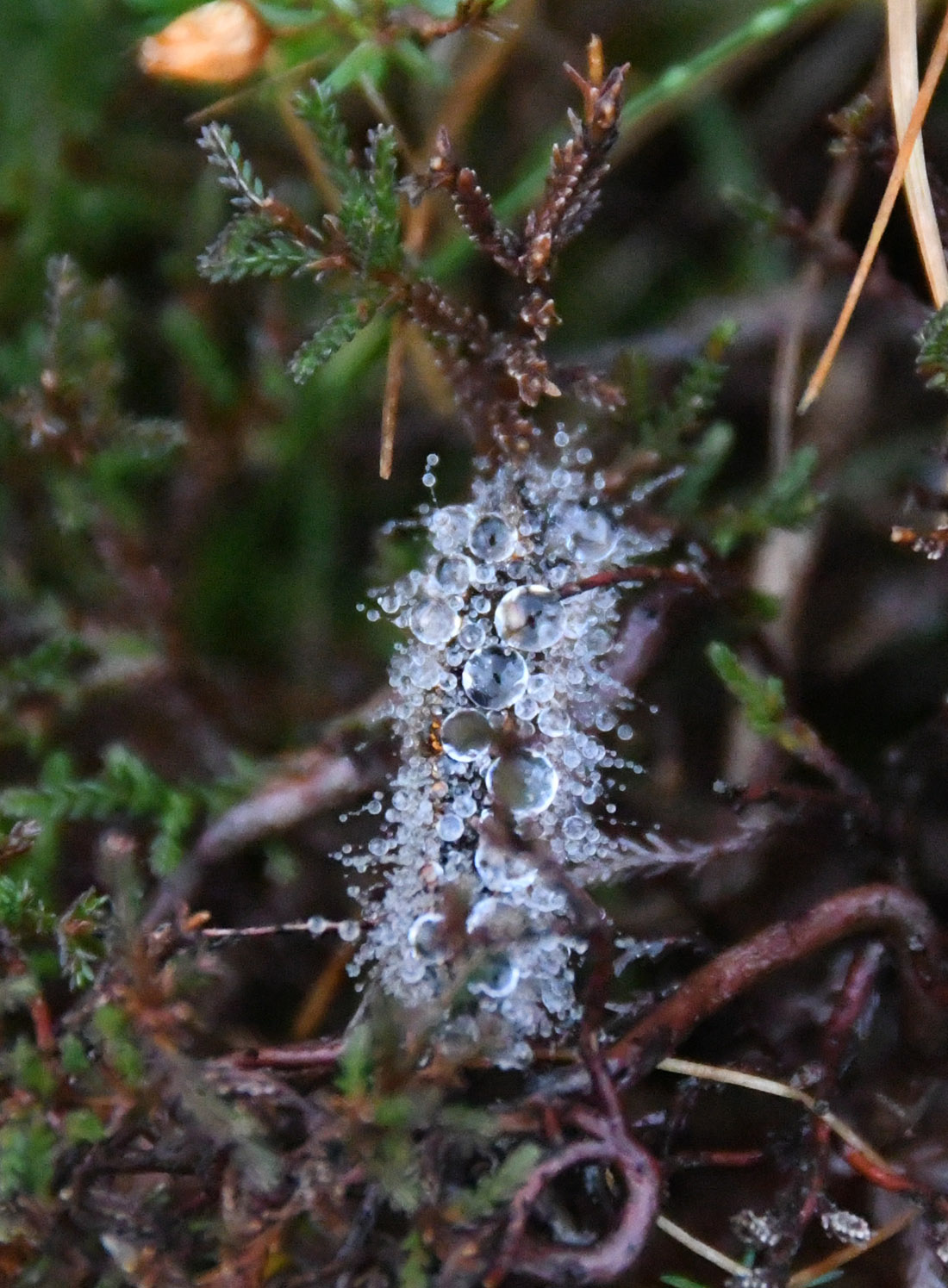 To the SE the cliffline rises up over Binnein Ghorrie as part of Malcolm’s Point. 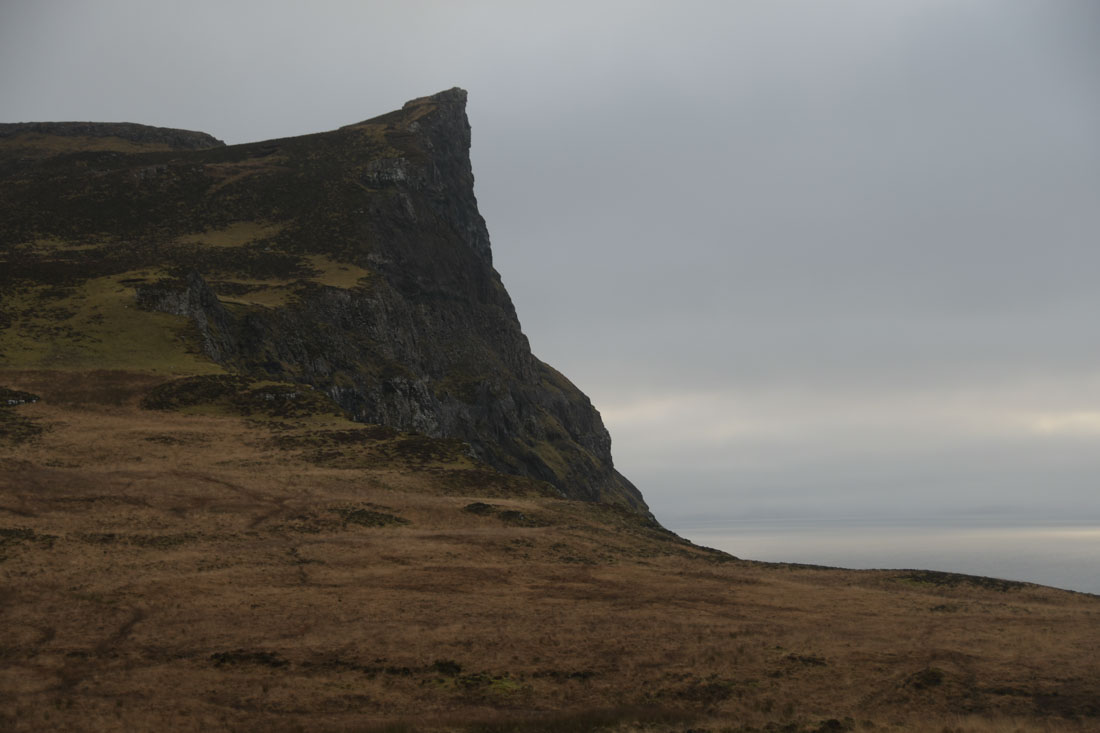 There is a potential weakness in the cliffline, with potential to drop down to the shore (I have seen some reports of walking the coast fro Carsaig, past the arches and back along the clifftops).

We wandered to the top of Eas Criarachain where a better view of the cliffs is seen.

The cliffs of Malcolm’s Point: 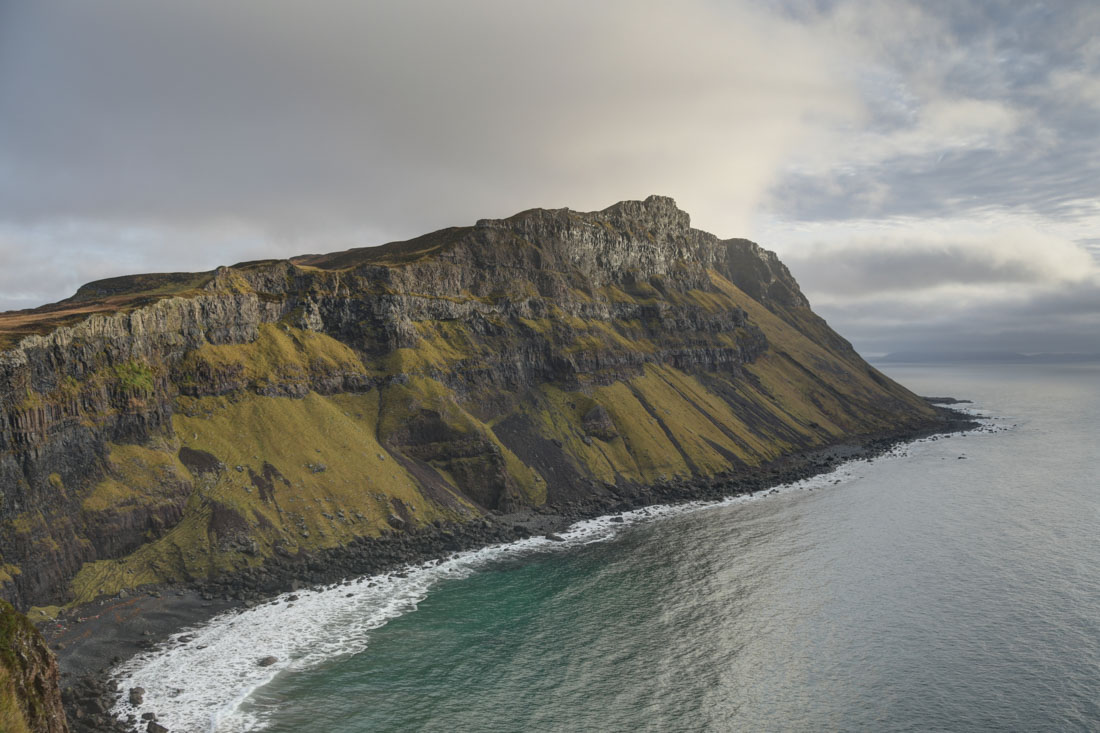 We were quite taken with this area, the day wasn’t quite as good as forecast, a shame as there should be nice views of Scarba, Jura, Islay and Colonsay.

Wandered up the cliffline, getting decent views back to Eas Criarachain. 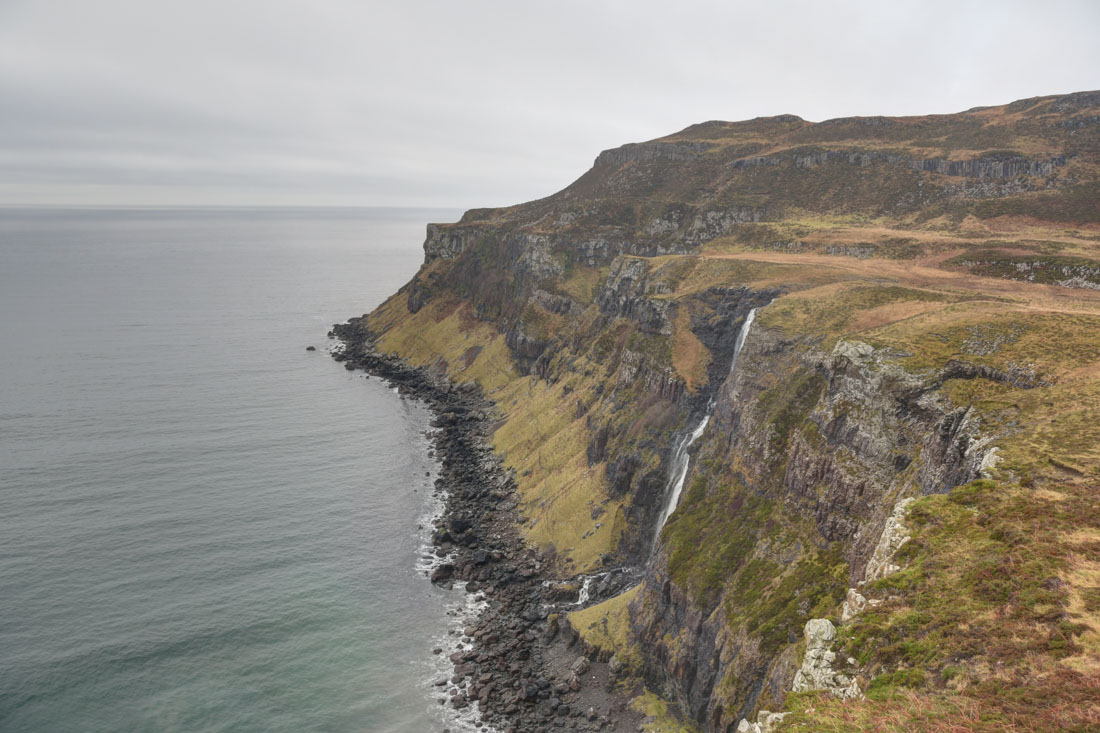 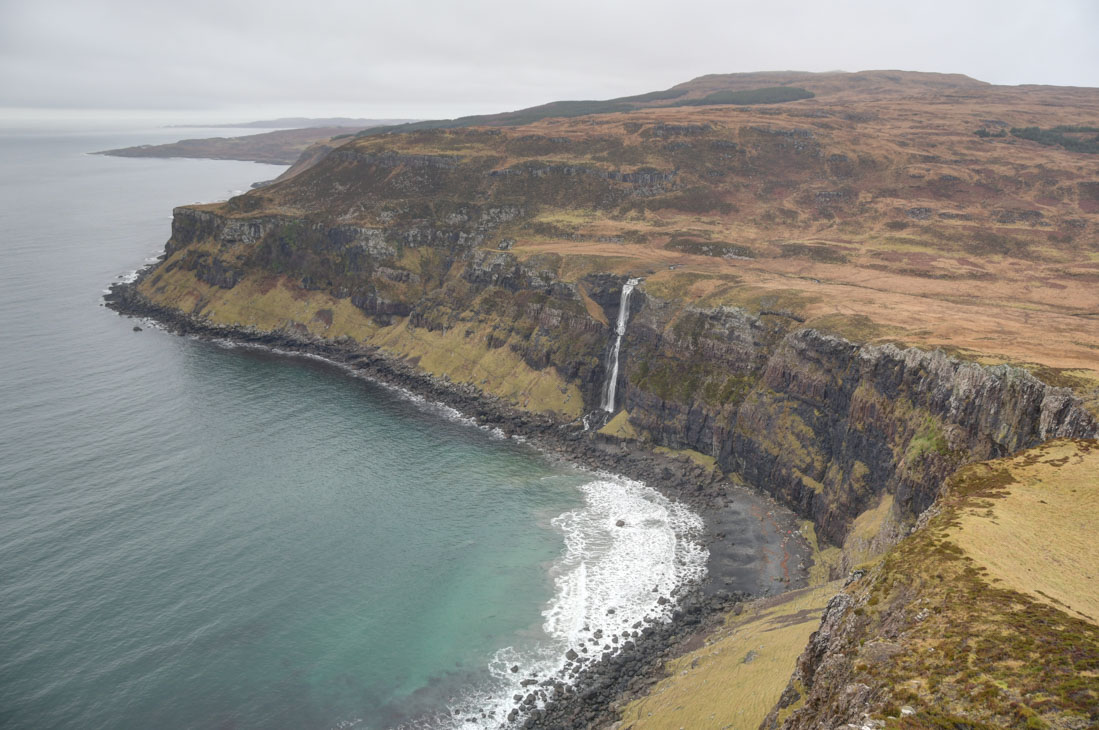 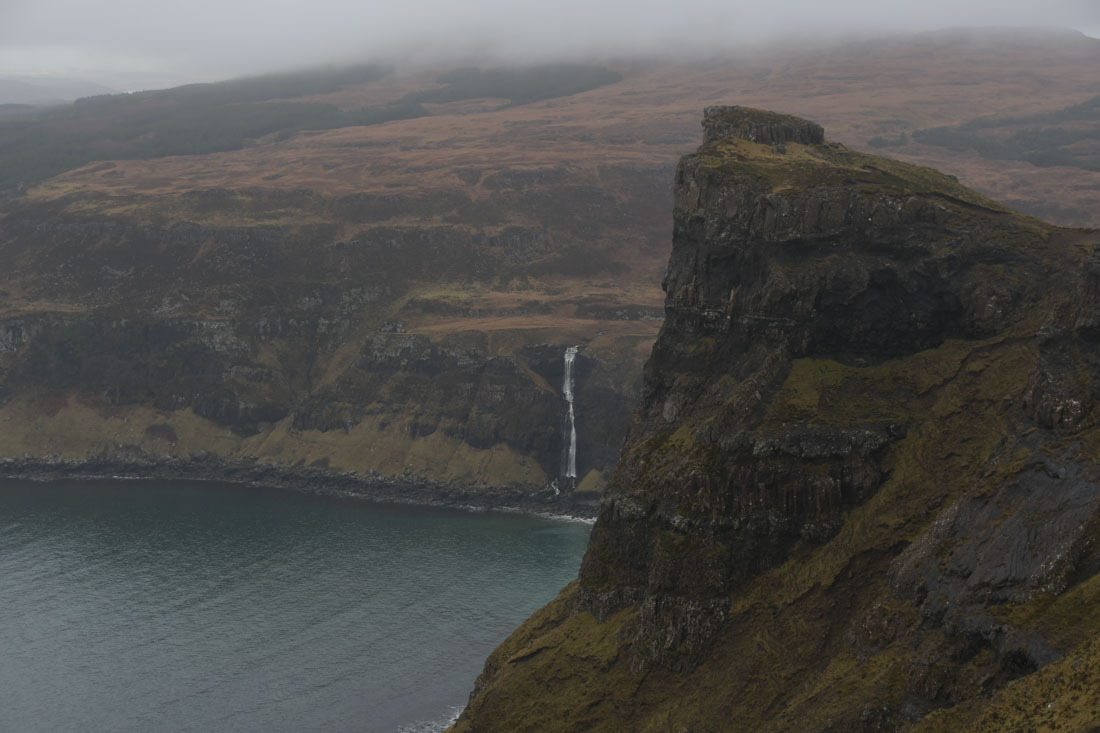 Once up to the top of Malcolm’s Point we sat and had some lunch, the clouds were toying with us, but we had some views east along the cliffs towards Carsaig and Lochbuie. 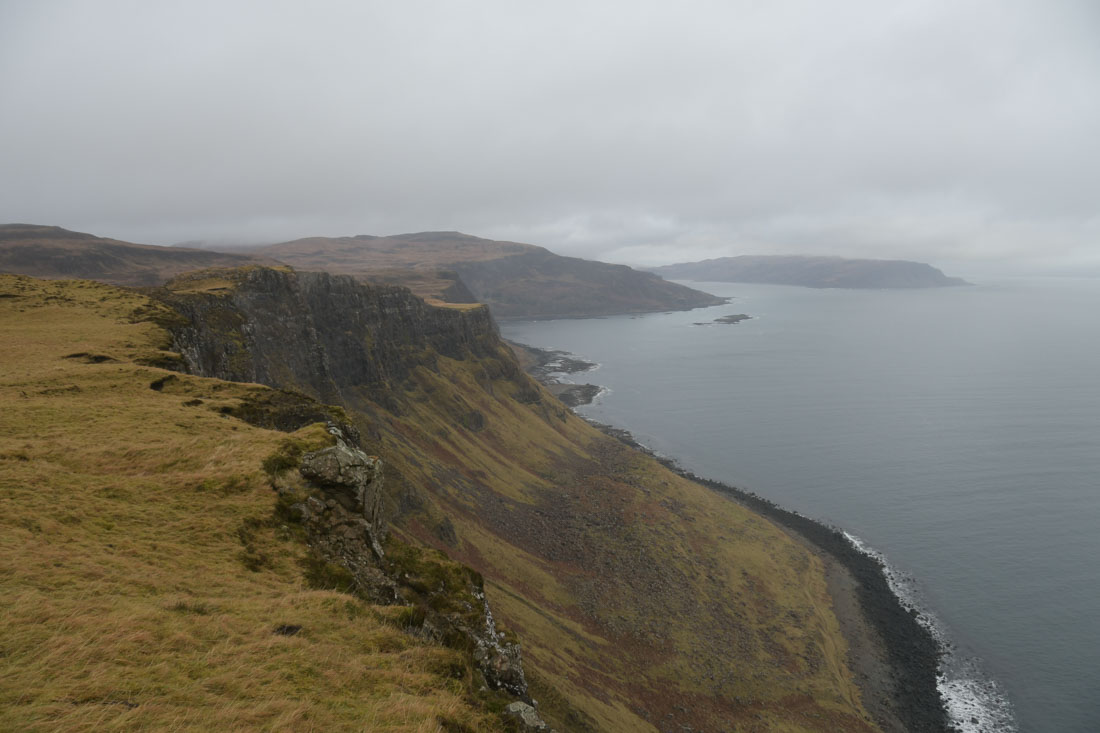 Diverted inland 500m to visit the summit of Creachan Mor (a Sub 2000 Marilyn), then back to the cliffline to continue towards Carsaig.

A male Hen Harrier floated by in the mist – such a marvellous looking ghostly bird.

The cliff walk is easy, although undulating. Little evidence of footprints in this area. I wonder how many people visit? 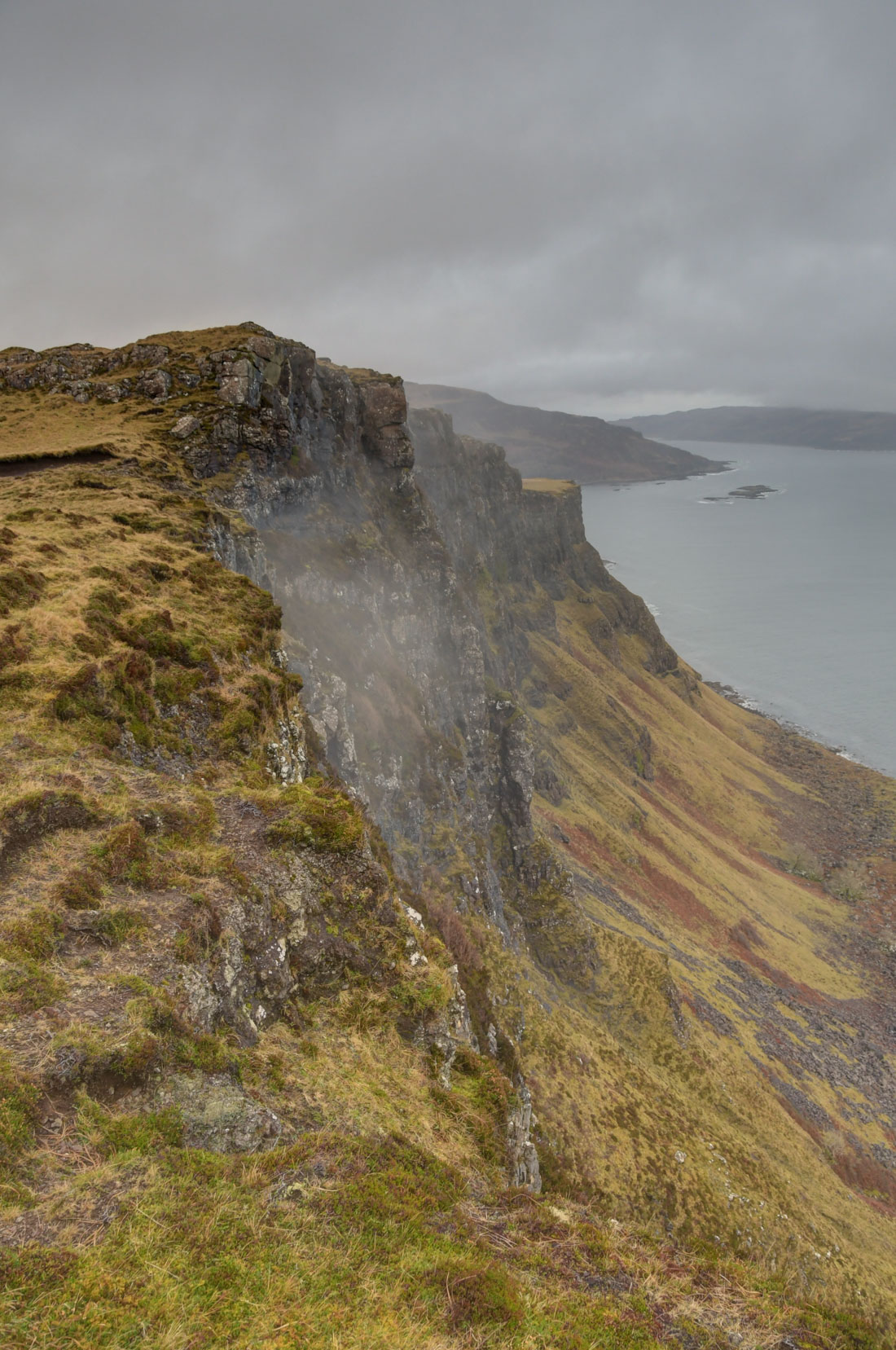 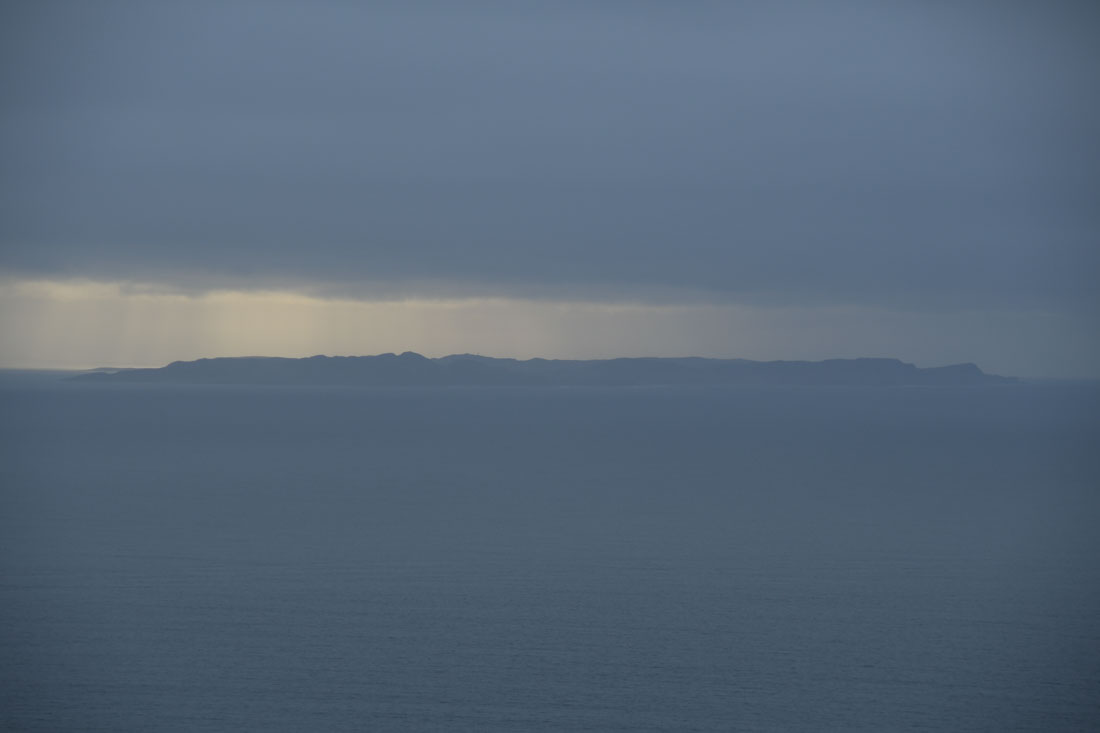 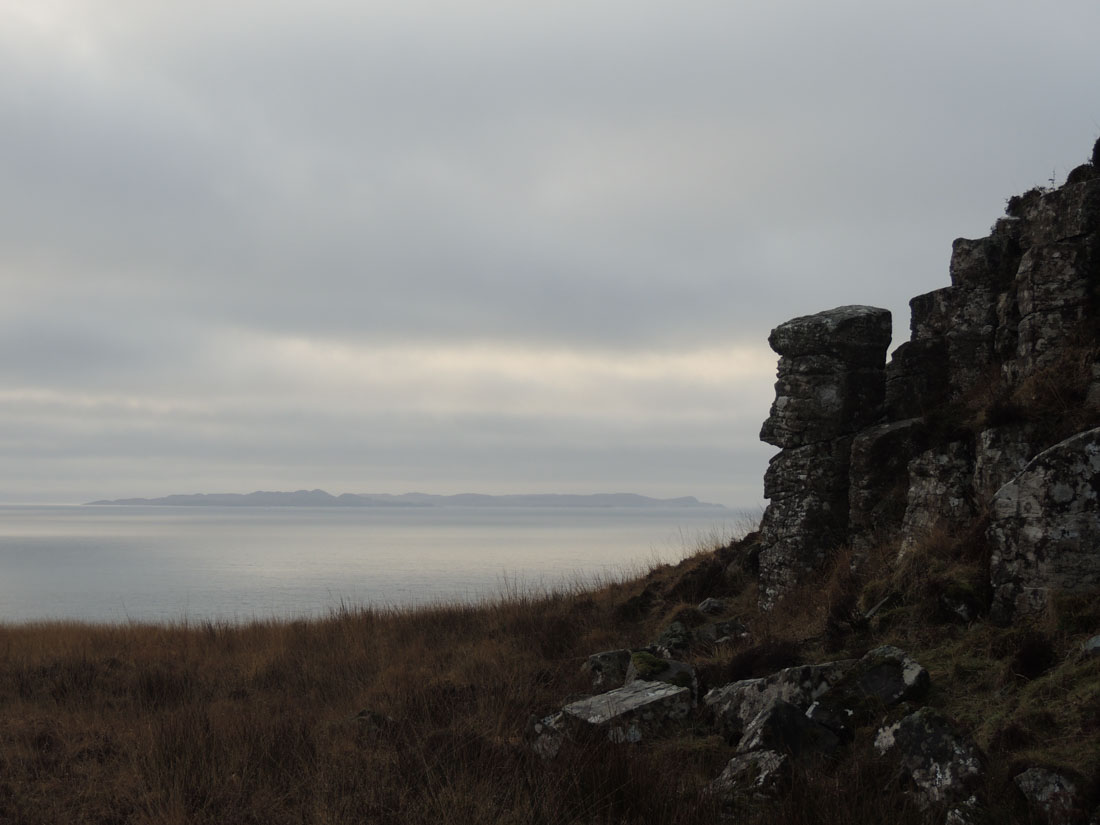 We walked above Nun’s Pass and as far as Sron nam Boc (about a kilometre short of Carsaig. From here we turned inland an went over the Marilyn Beinn Creagach in the mist.

We headed NE on boggy ground to pick up an ATV track at NM 526 231 down to the Carsaig road. From there we walked back to Pennyghael, getting back to the cottage about an hour after sunset.

Cracking walk – really one to repeat in better weather. Wouldn’t say no to camping on the southern cliffline either.