We’d chased the weather for the weekend and were in Ullapool on Sunday morning. The forecast was for an improving day so we had a later than average start at Dundonnell to head up An Teallach.

The local feral goats were wandering around the car park. 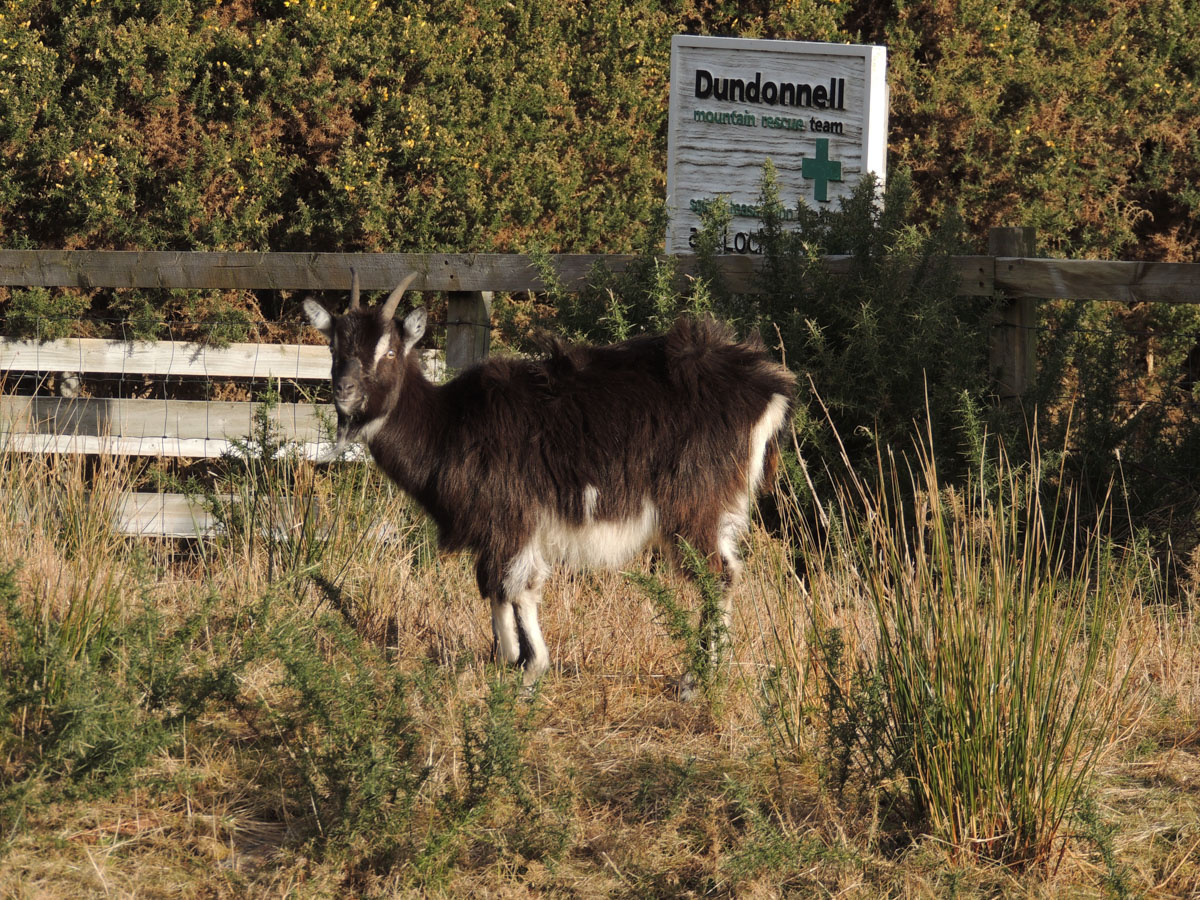 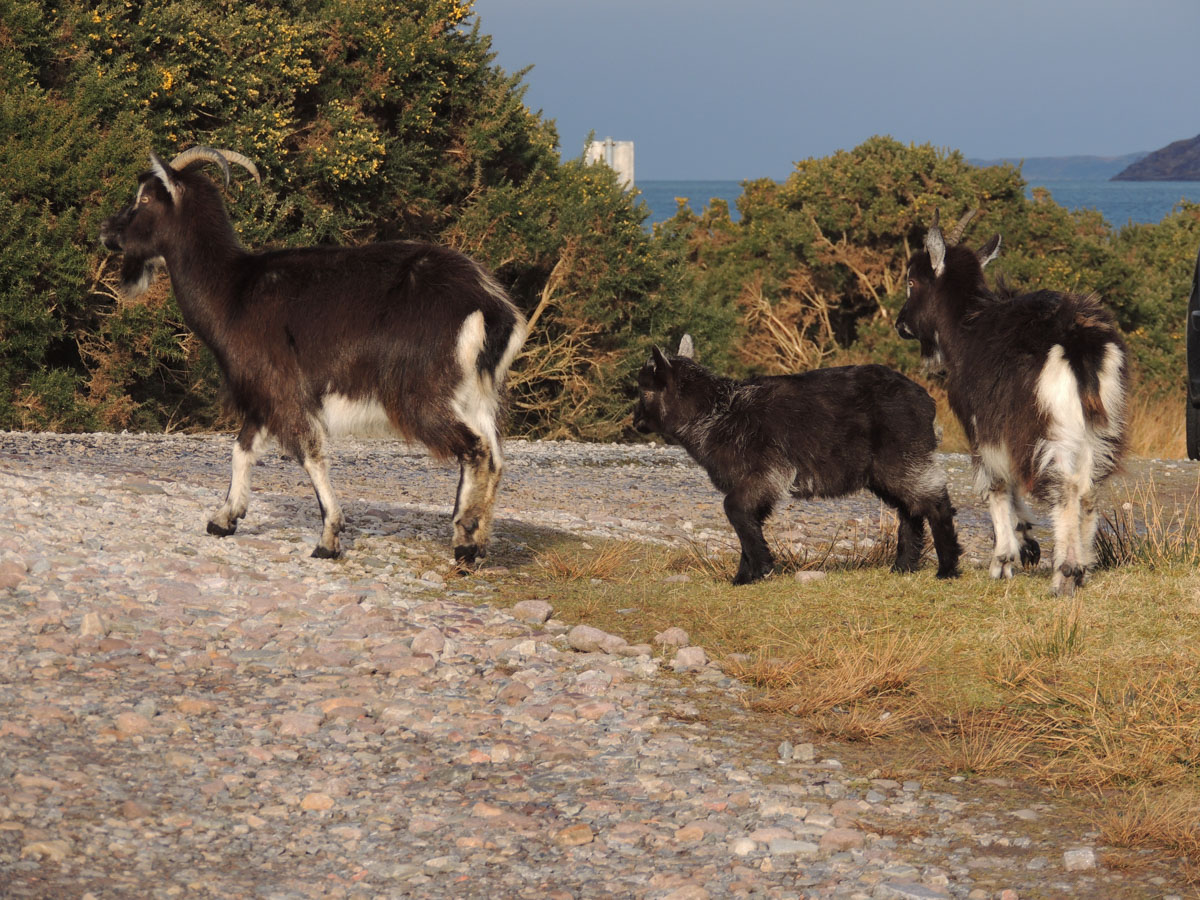 Things were looking reasonable with a patch of blue sky above and a hope of some sunshine. The path up from Dundonnell is typical of a lot of Munro route – rather eroded. It does have quite a lot of nice sandstone plates however. 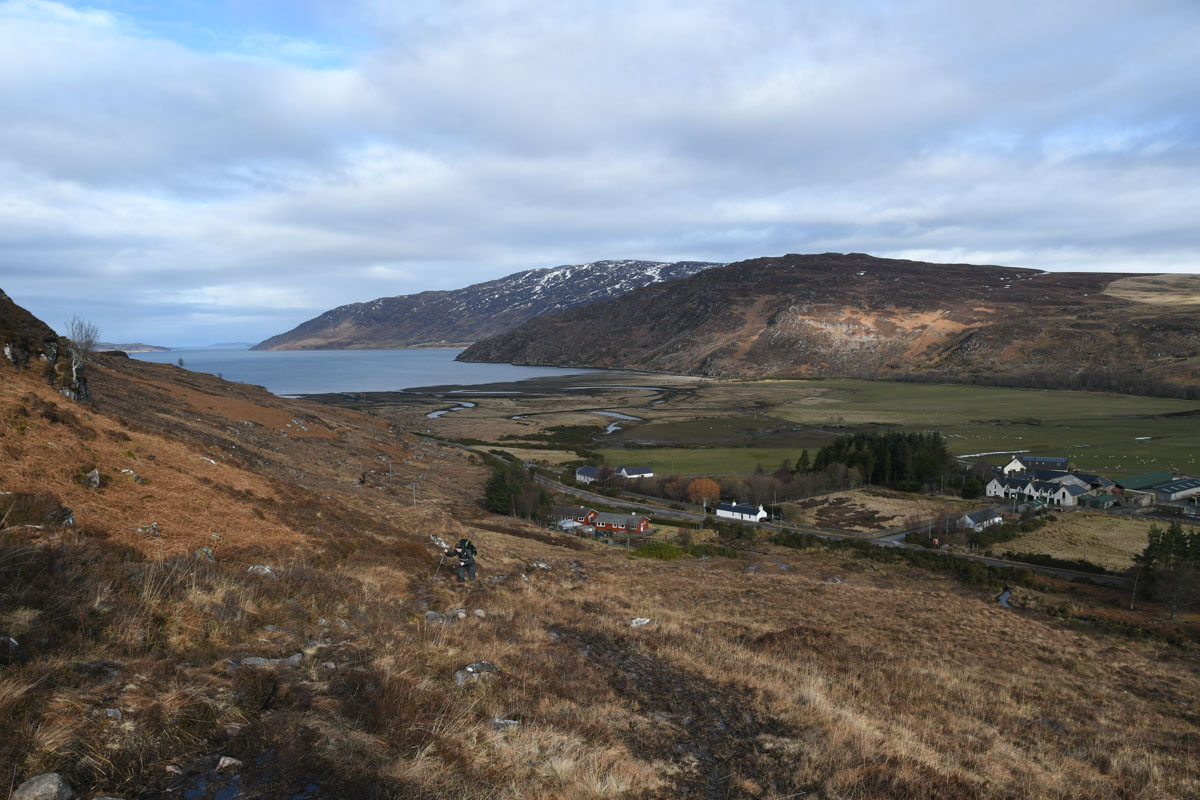 Once up to about 300m the outlier Glas Mheall Mor appears. It was looking rather nice and clear of cloud. 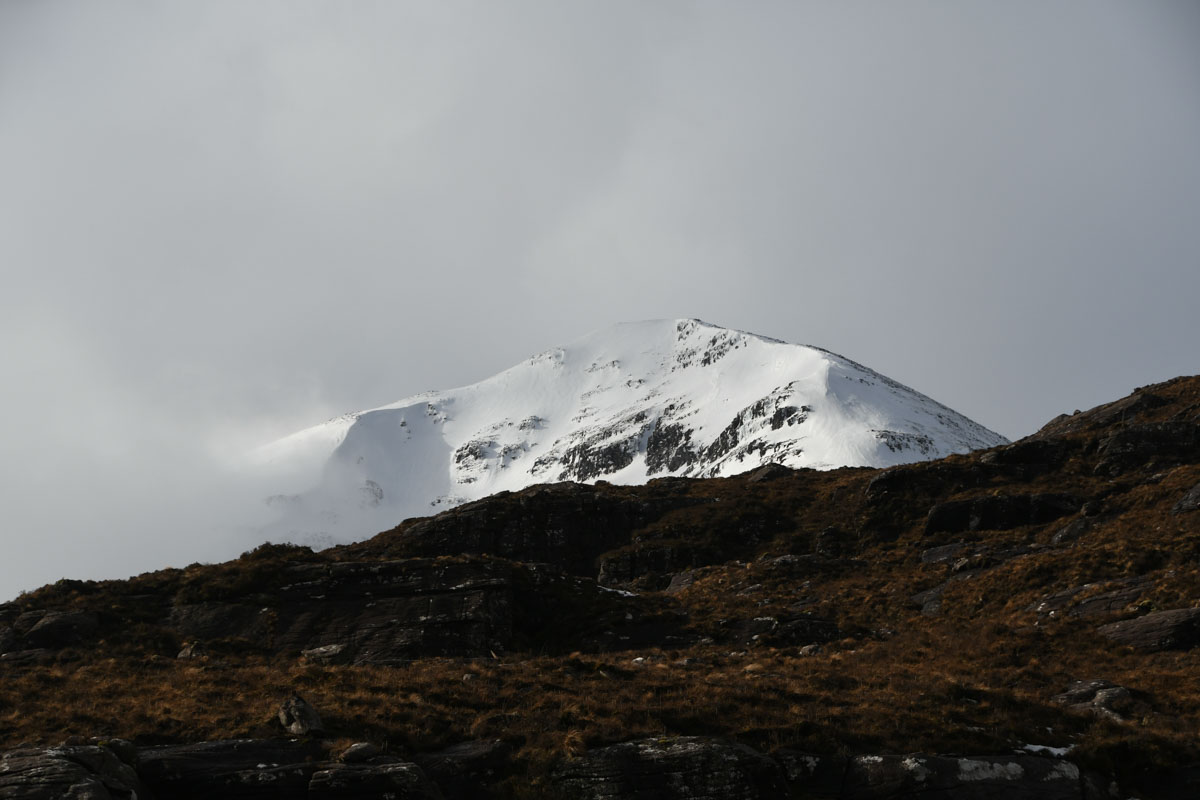 Once up to about 400m and we were more or less in the snowline. 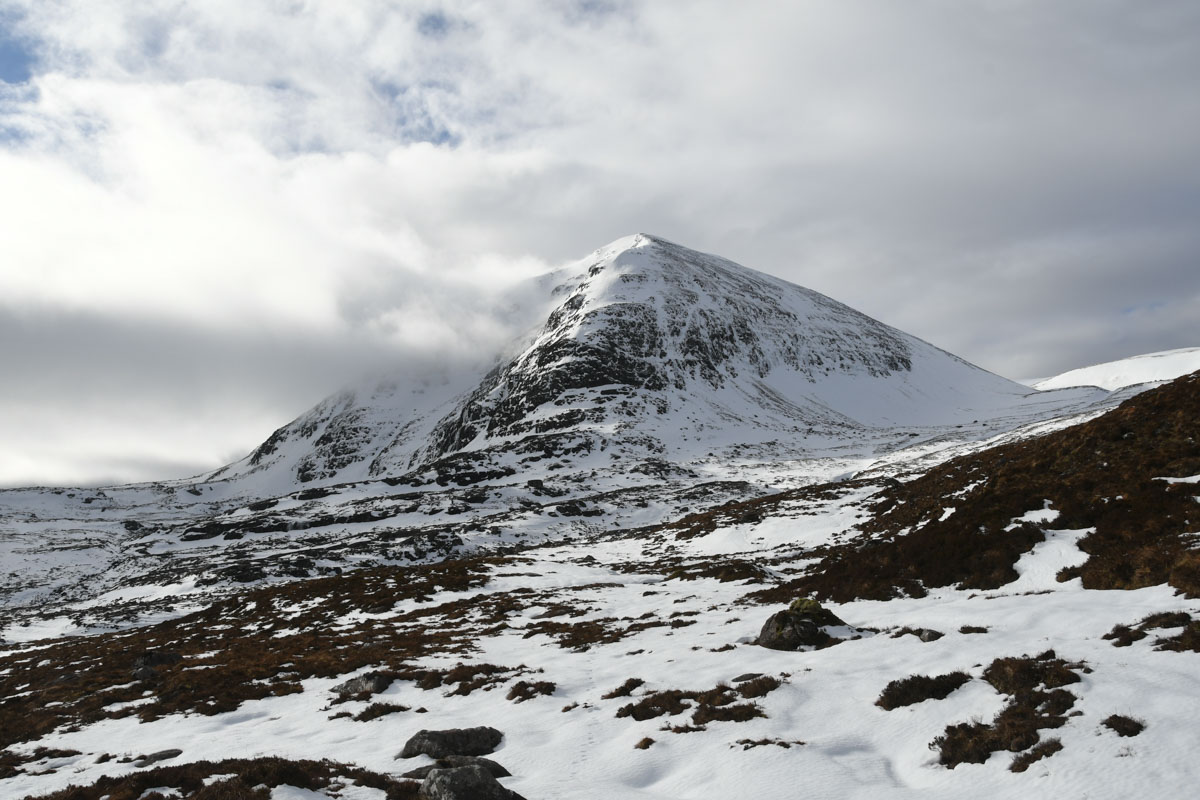 We made very slow progress from Meall Garbh towards Sron a Choire – the Beinn Dearg group and the Fannichs were mist-wreathed and very atmospheric. We spent a lot of time standing and looking at them, enjoying the strengthening sun. 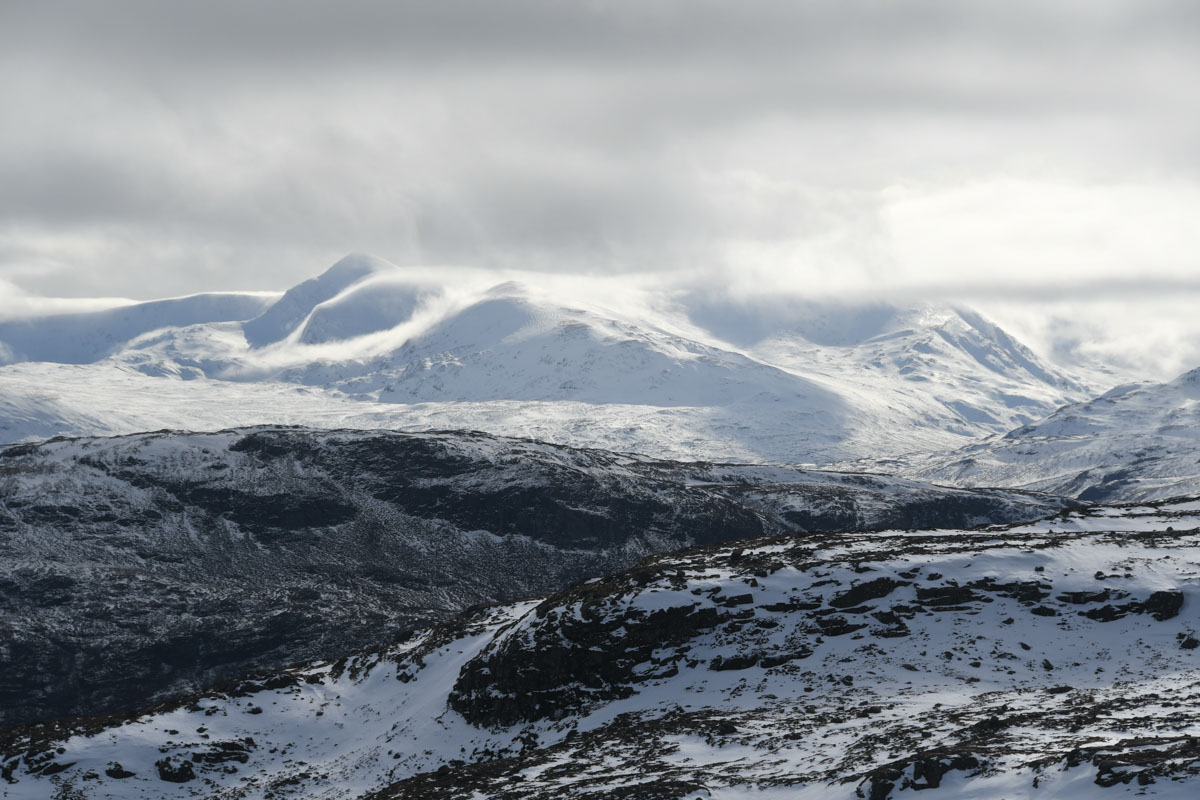 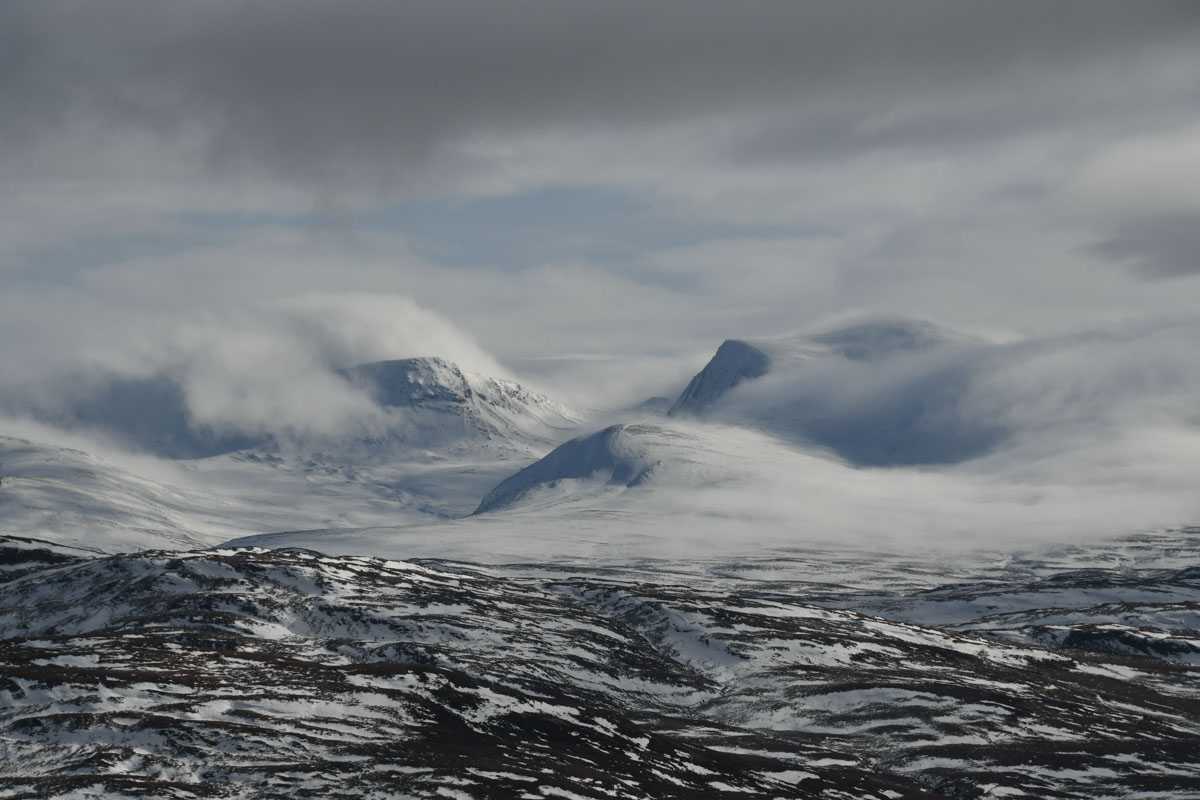 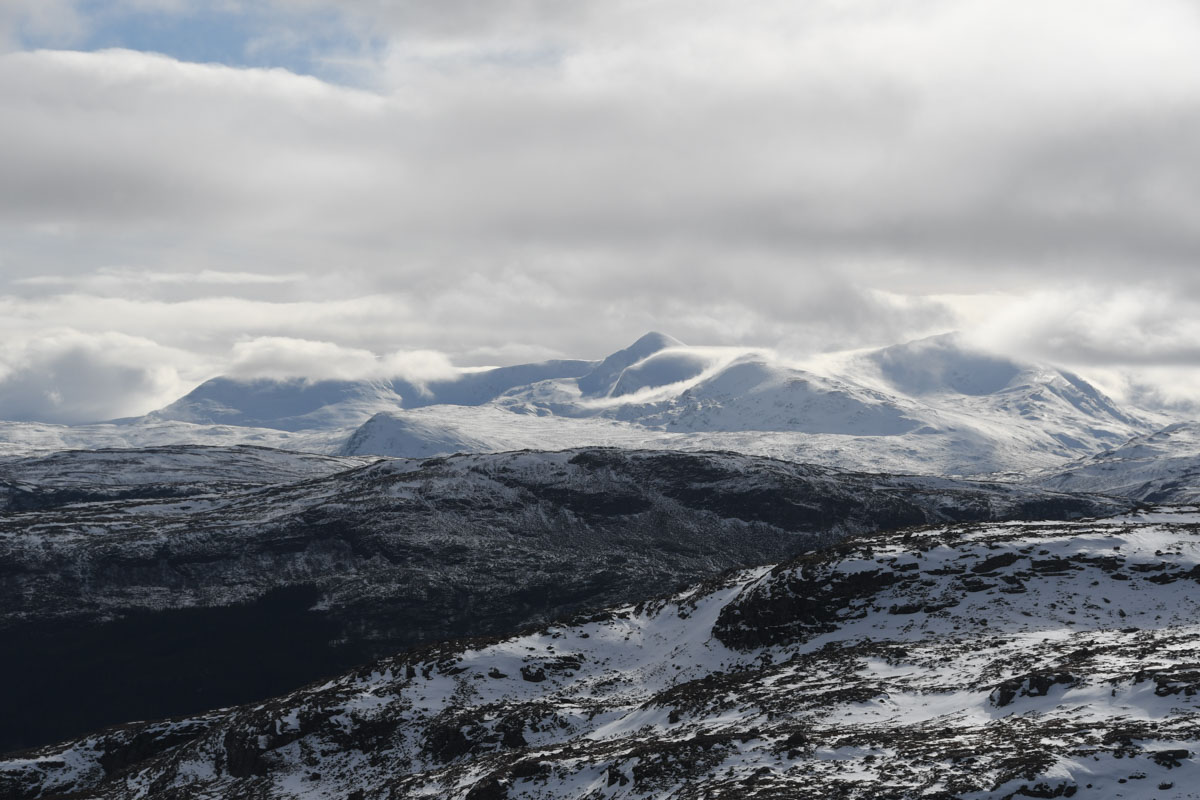 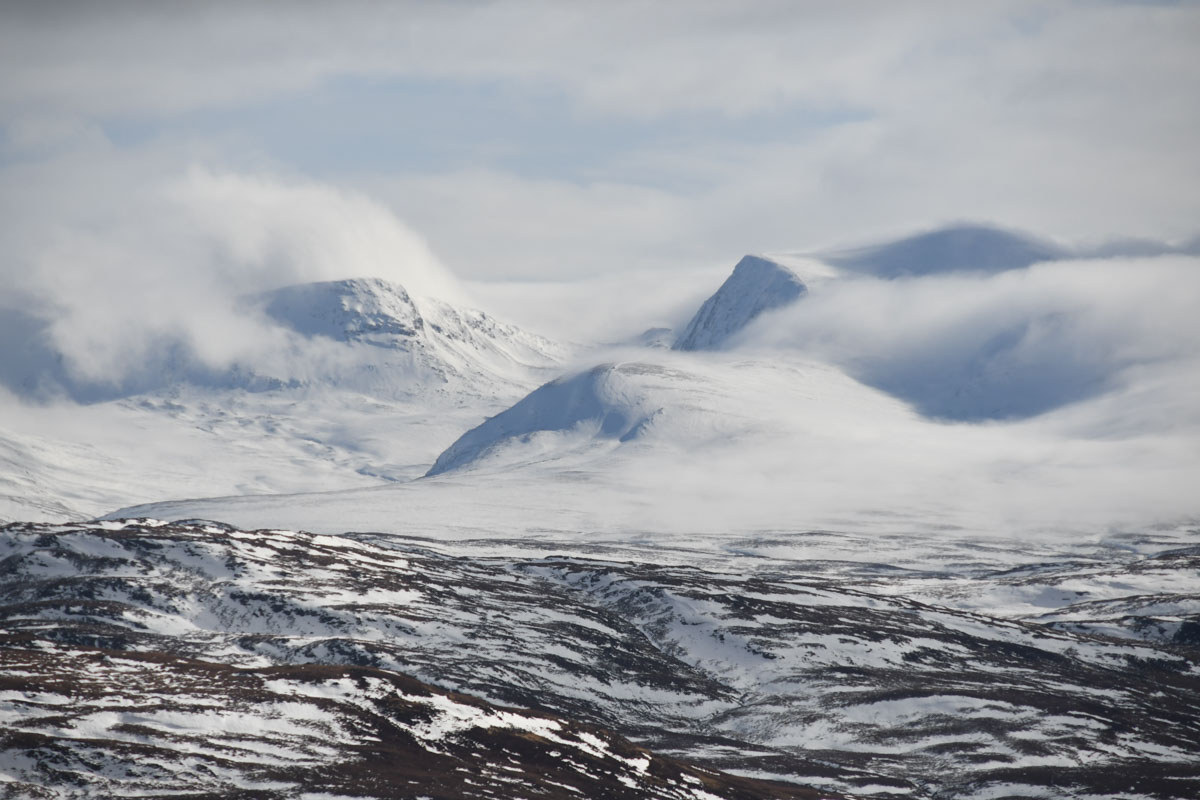 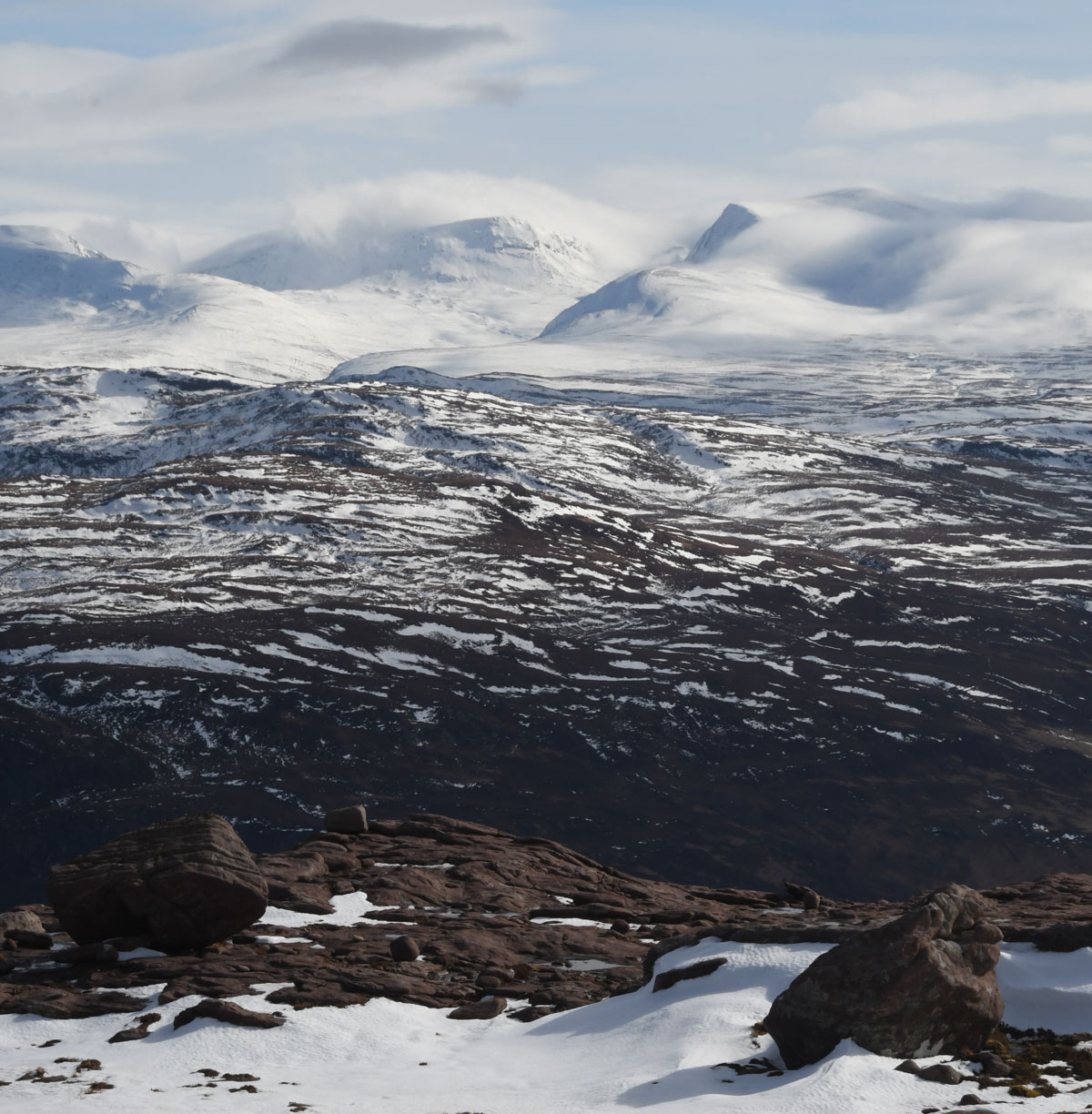 There’s a decent view of Little Loch Broom too – although Assynt beyond was rather grey and clagged. We were relieved not to have chosen Assynt. 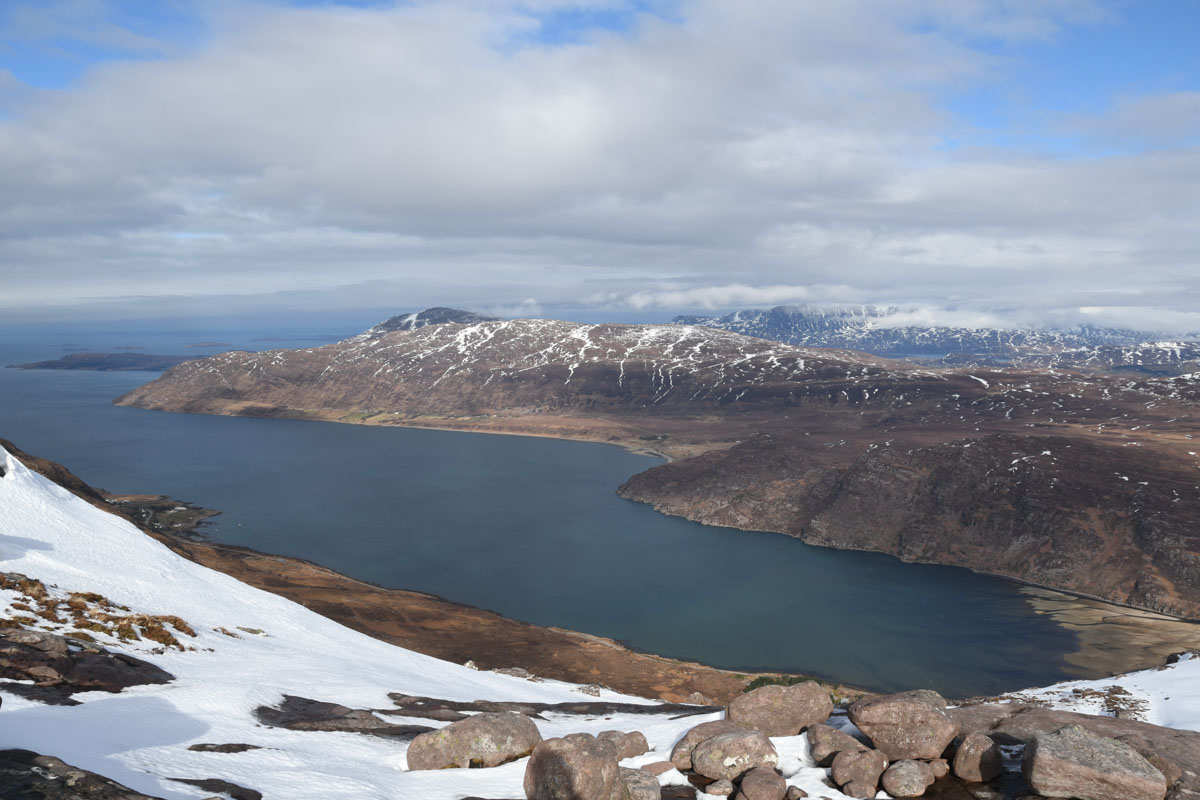 Finally the nose of Glas Mheall Mor intruded to conceal the Fannichs.

The Fannichs about to be concealed: 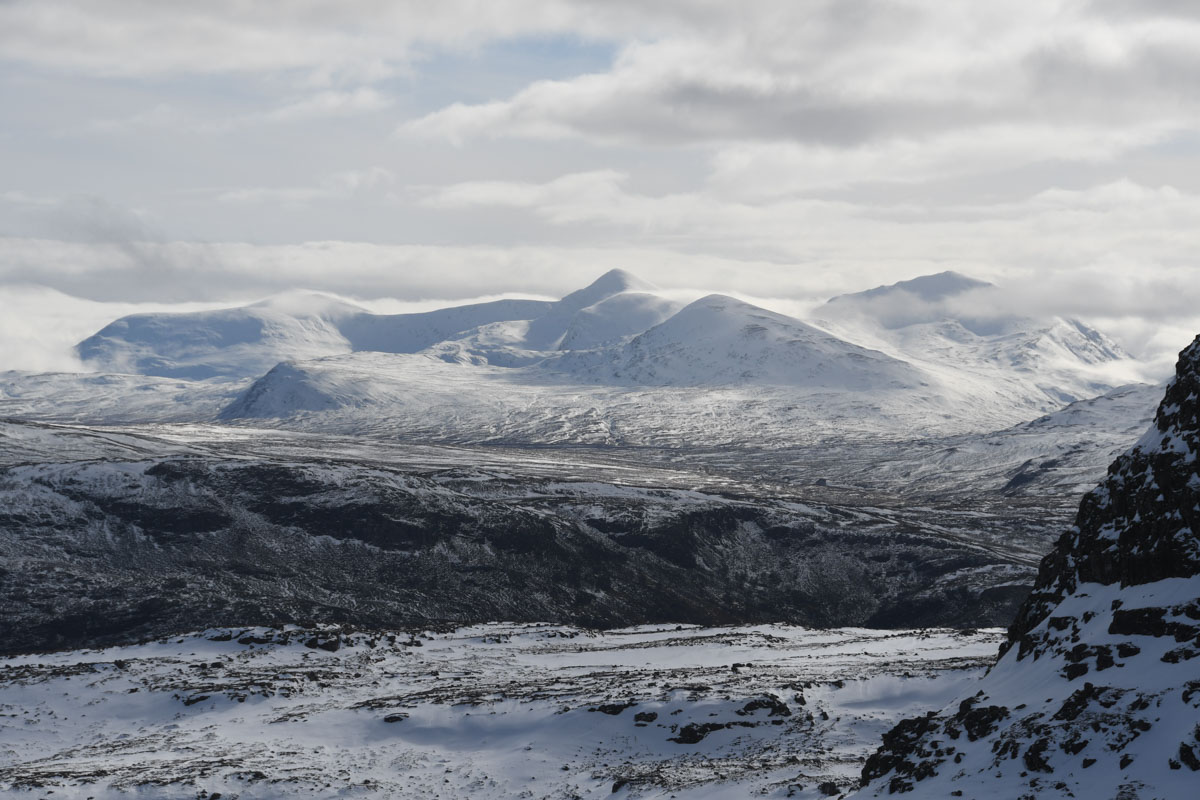 There was decent snow cover to walk up – not solid, but firm enough for good progress without the need for ironmongery. 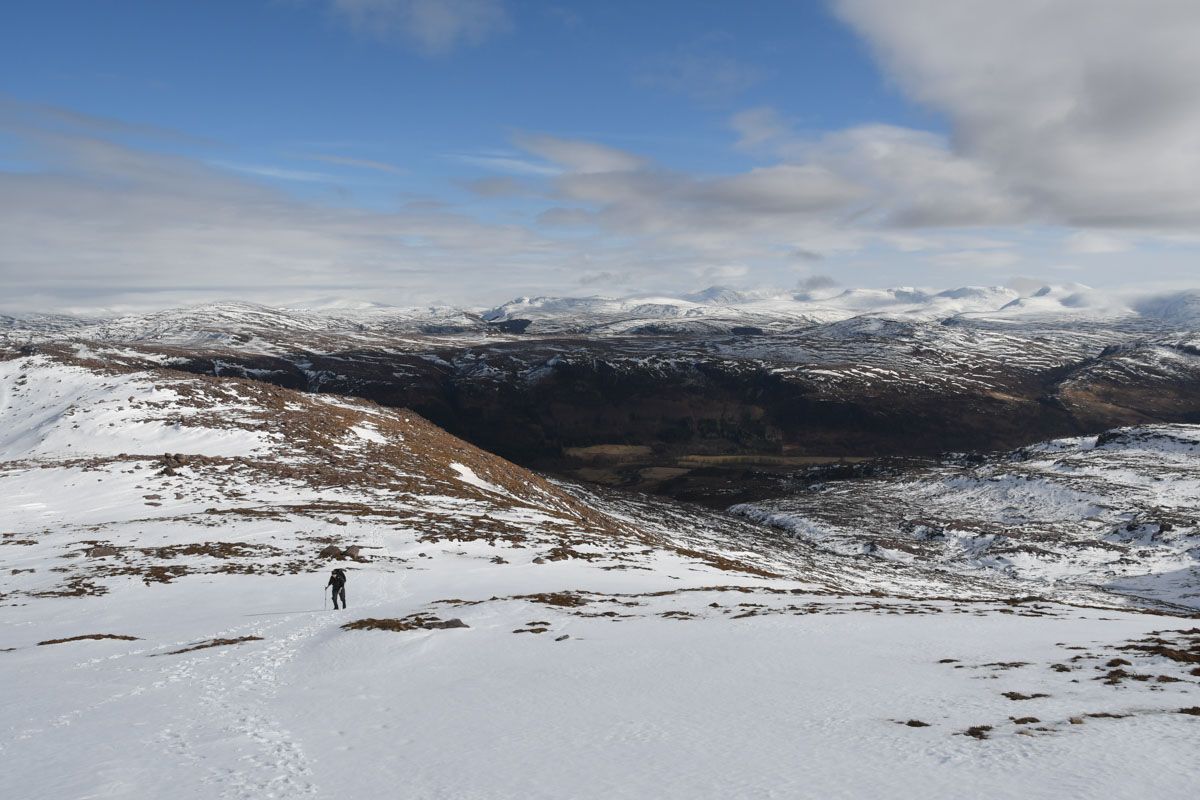 Once up to Sron a Choire there is a view of the peaks of An Teallach.

The munros of An Teallach: 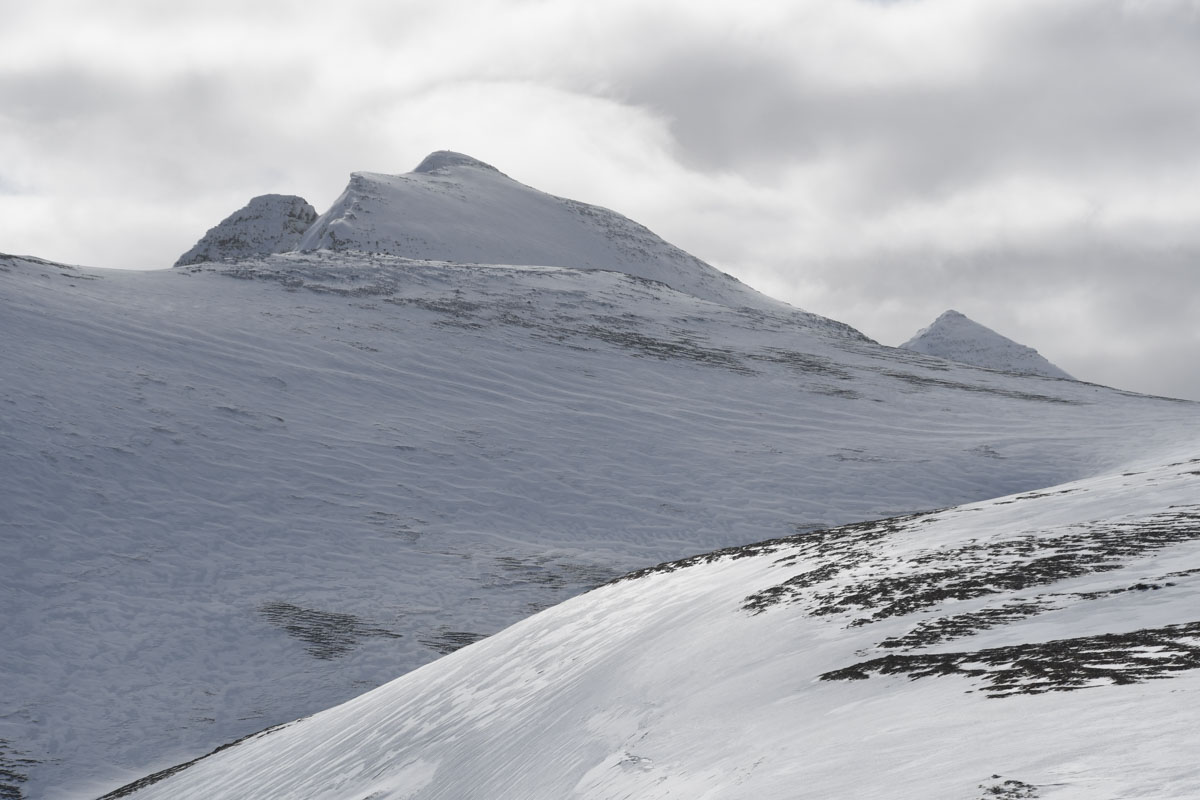 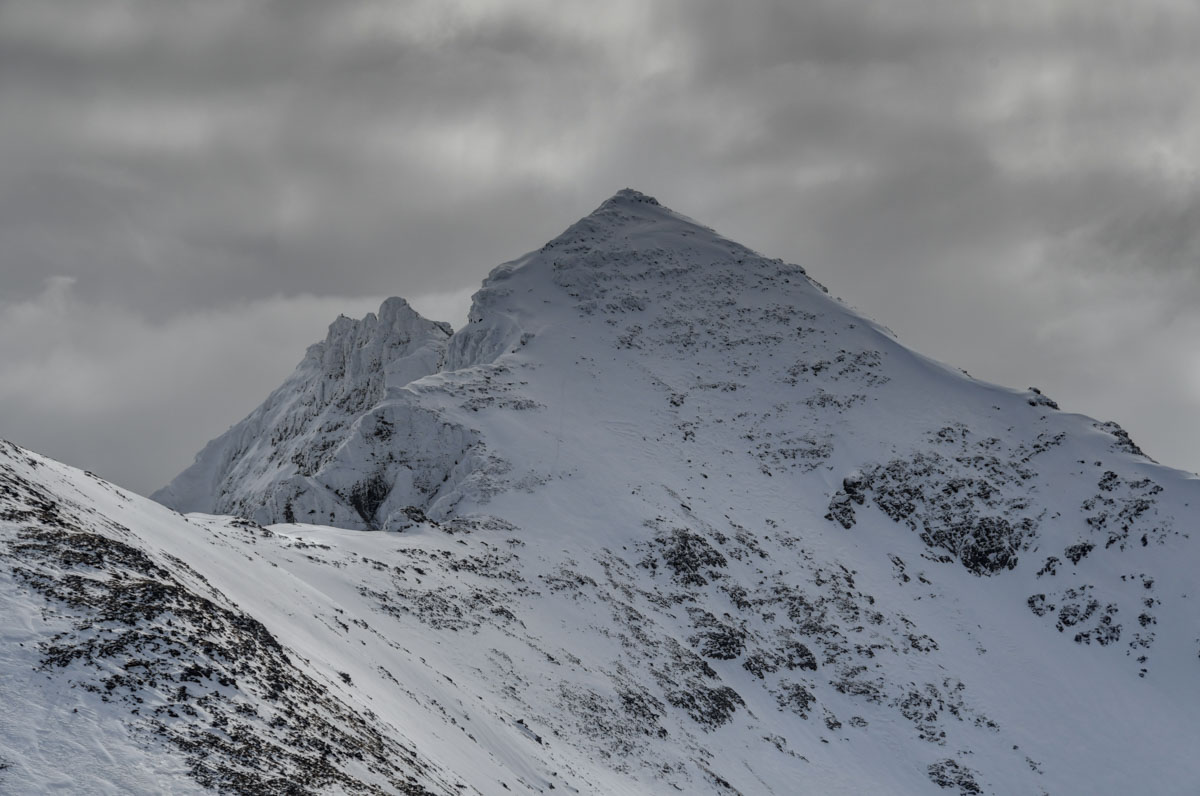 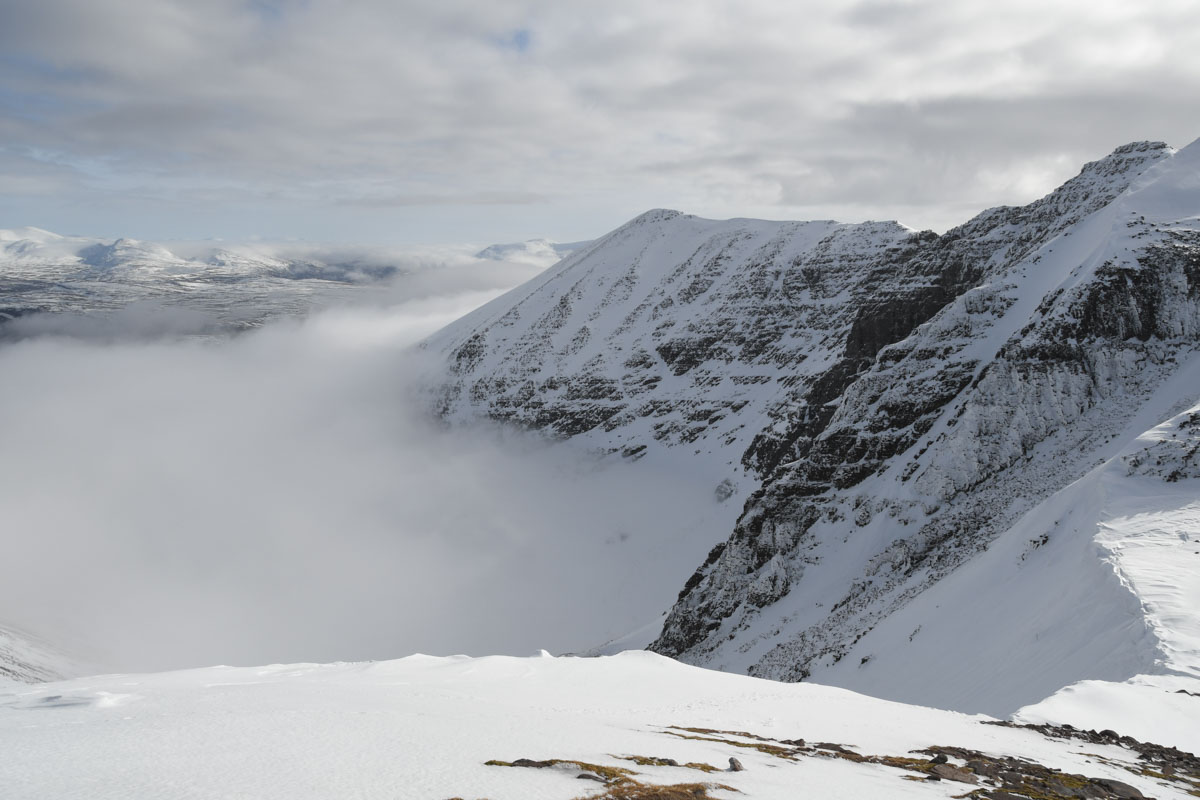 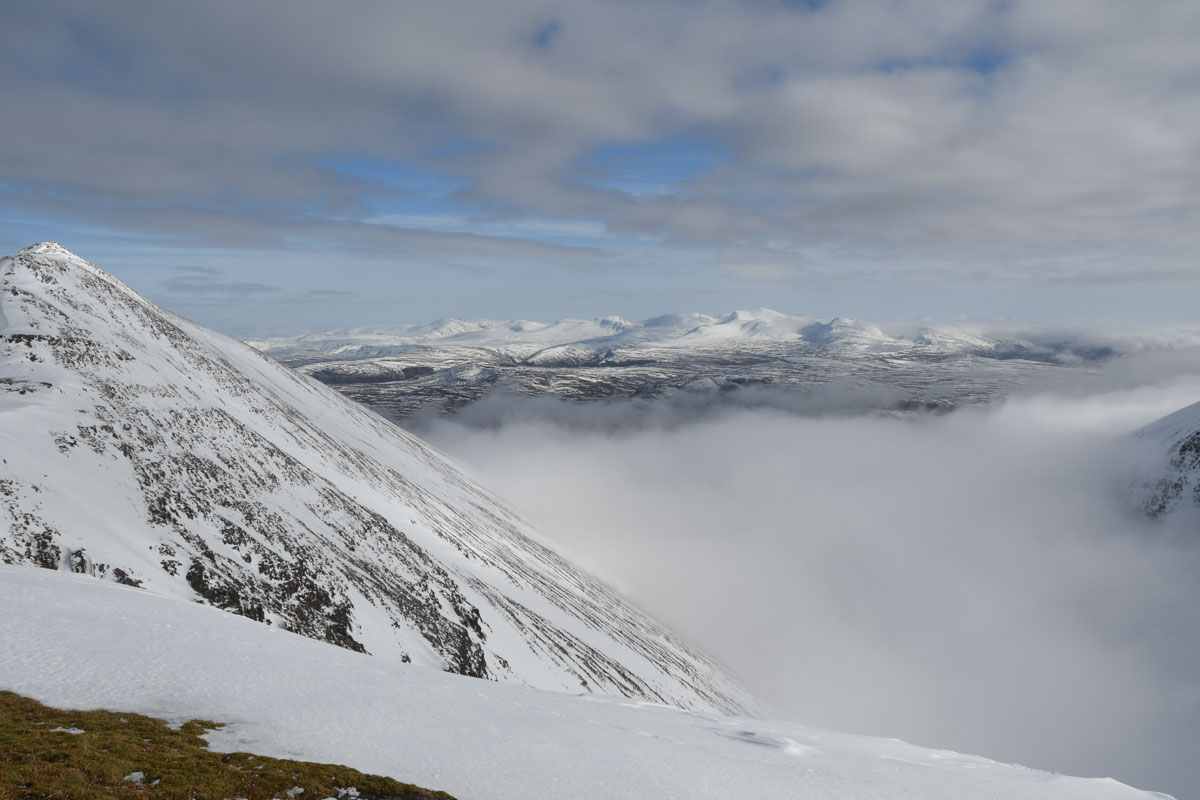 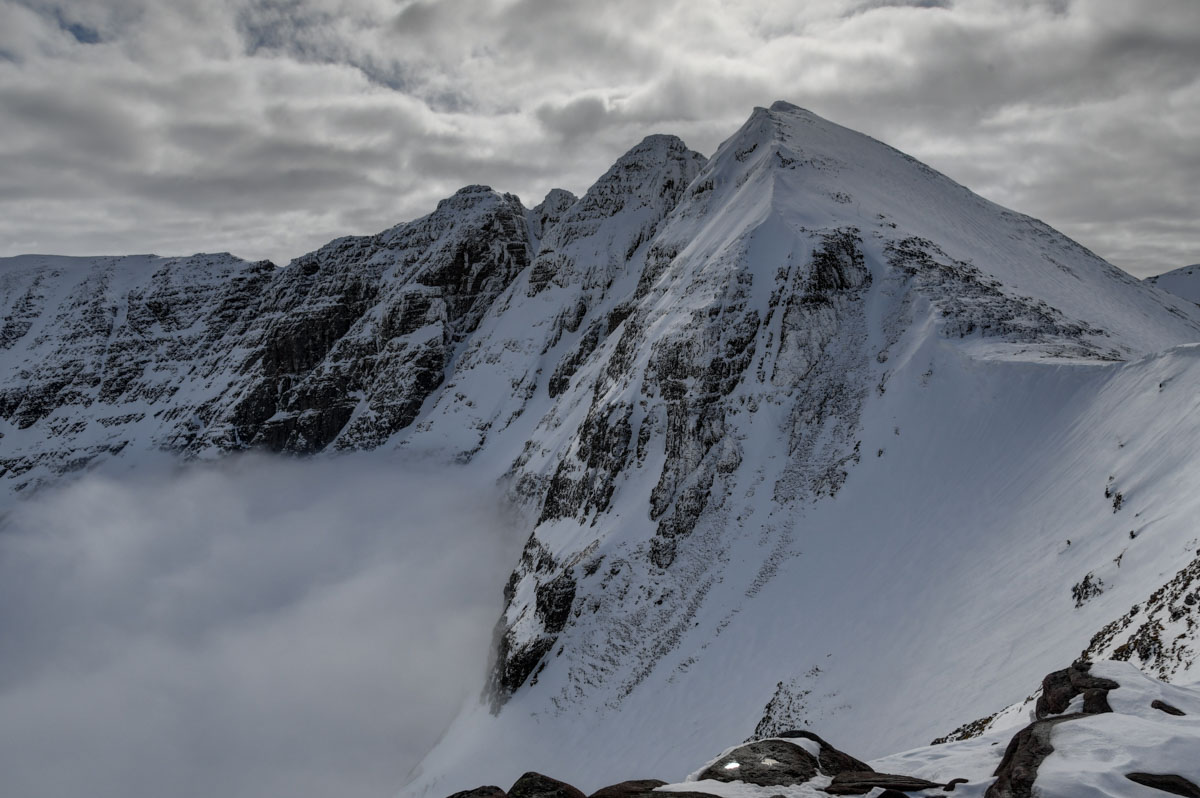 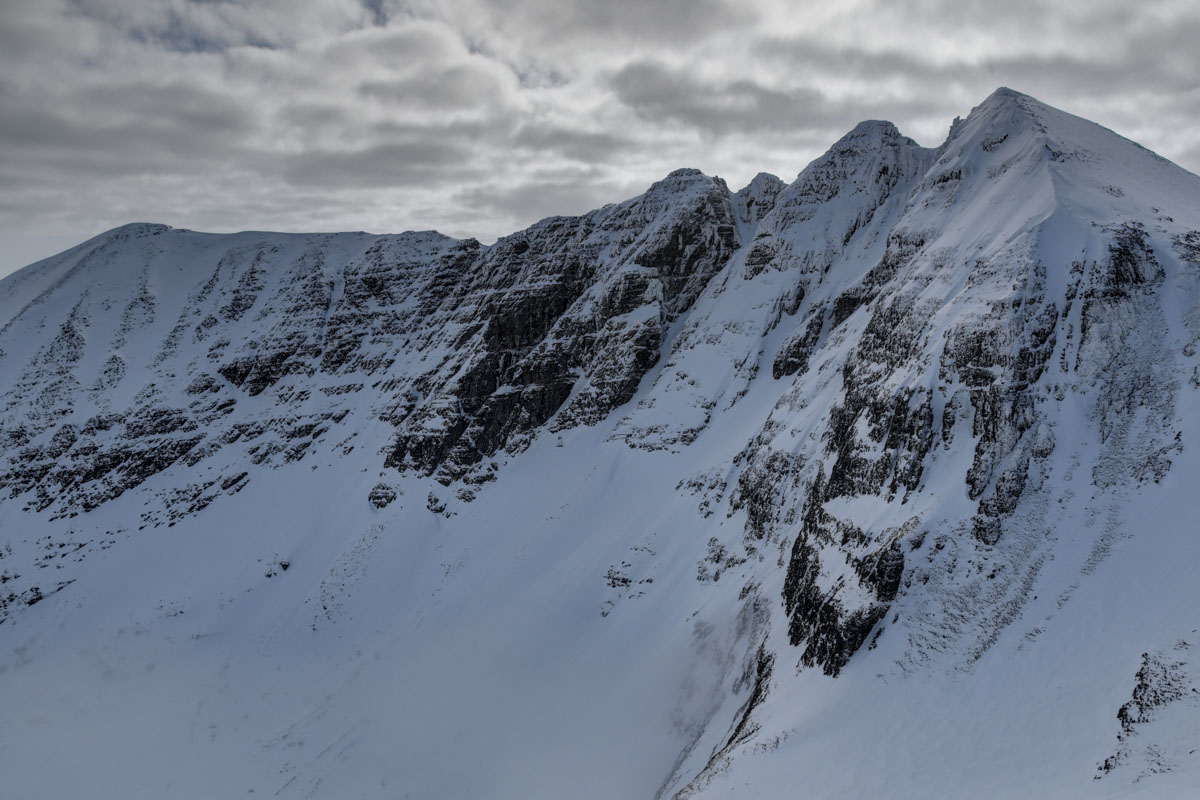 As for the full ascent the snow was firm enough to walk over, but soft enough to get a foot into for grip. Easy, safe walking. 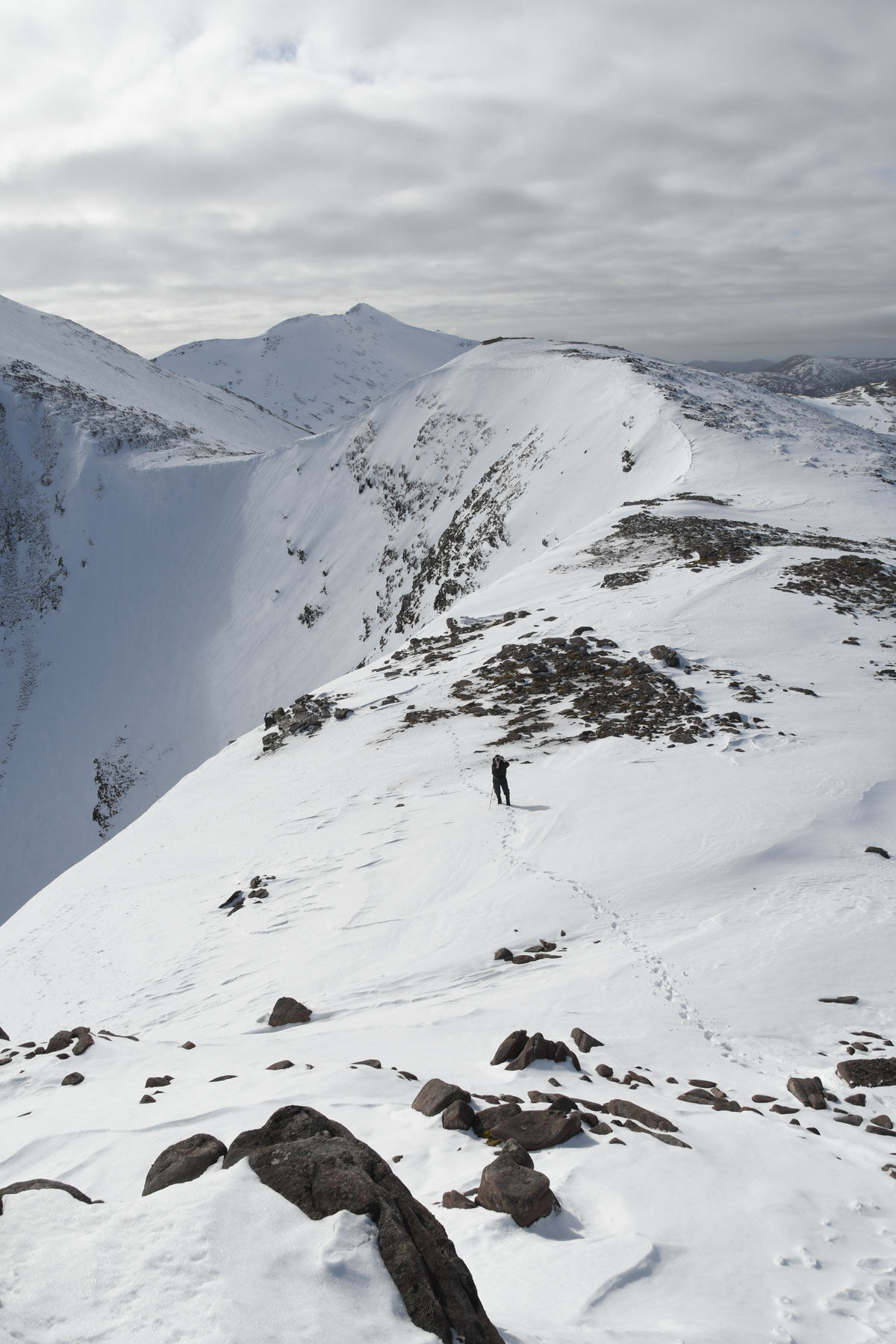 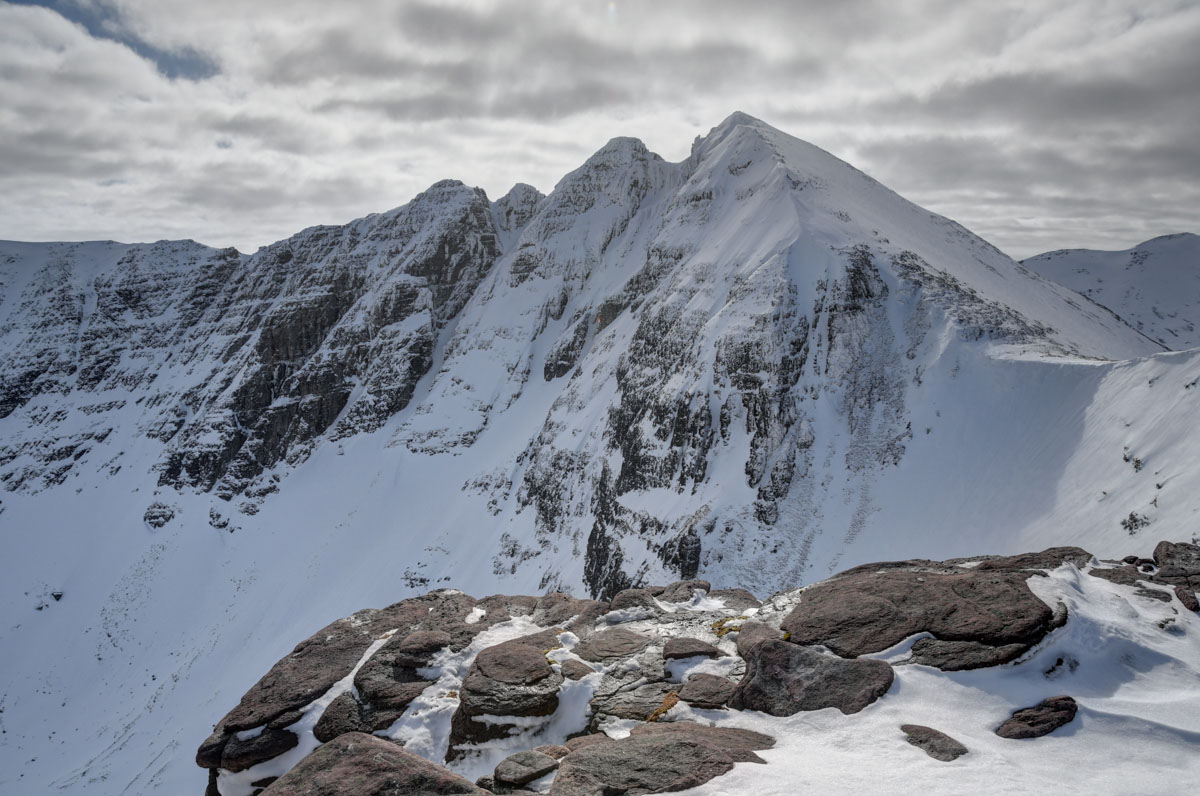 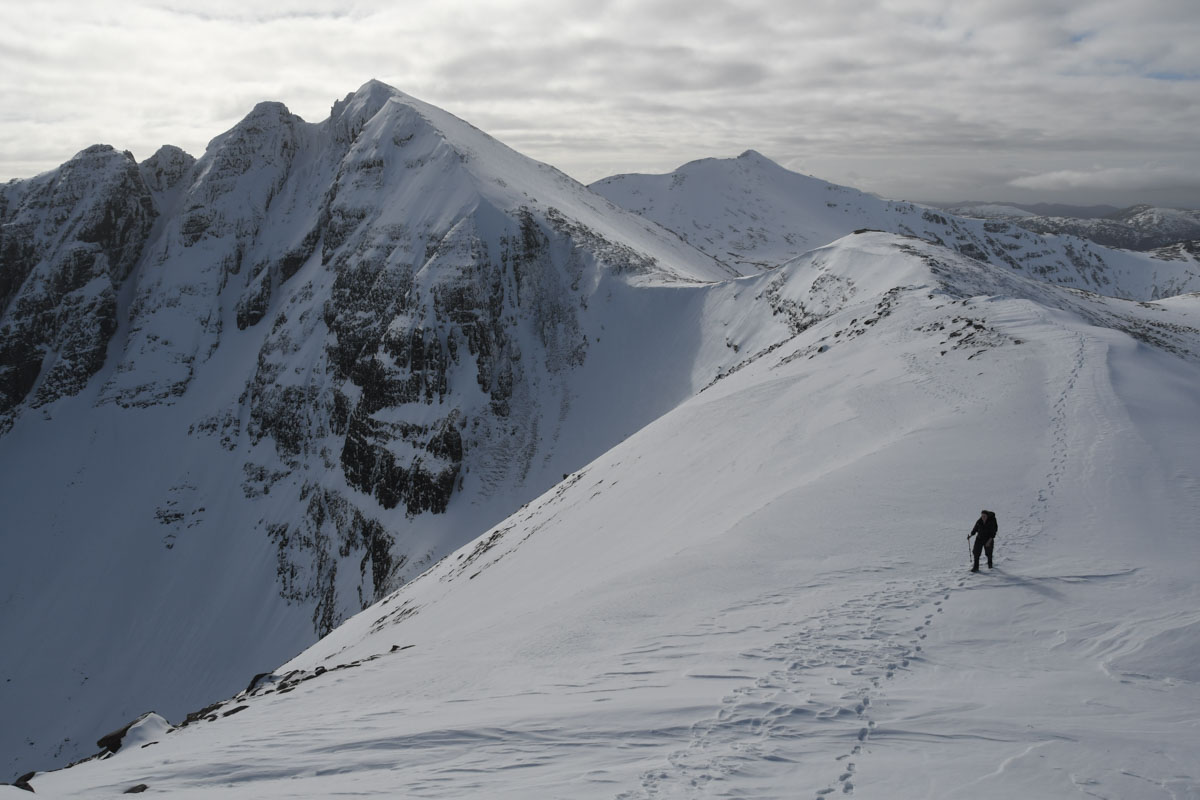 The Fannichs were completely clear – a view we’ve never had from the Fannichs themselves which have been a clagfest for us. 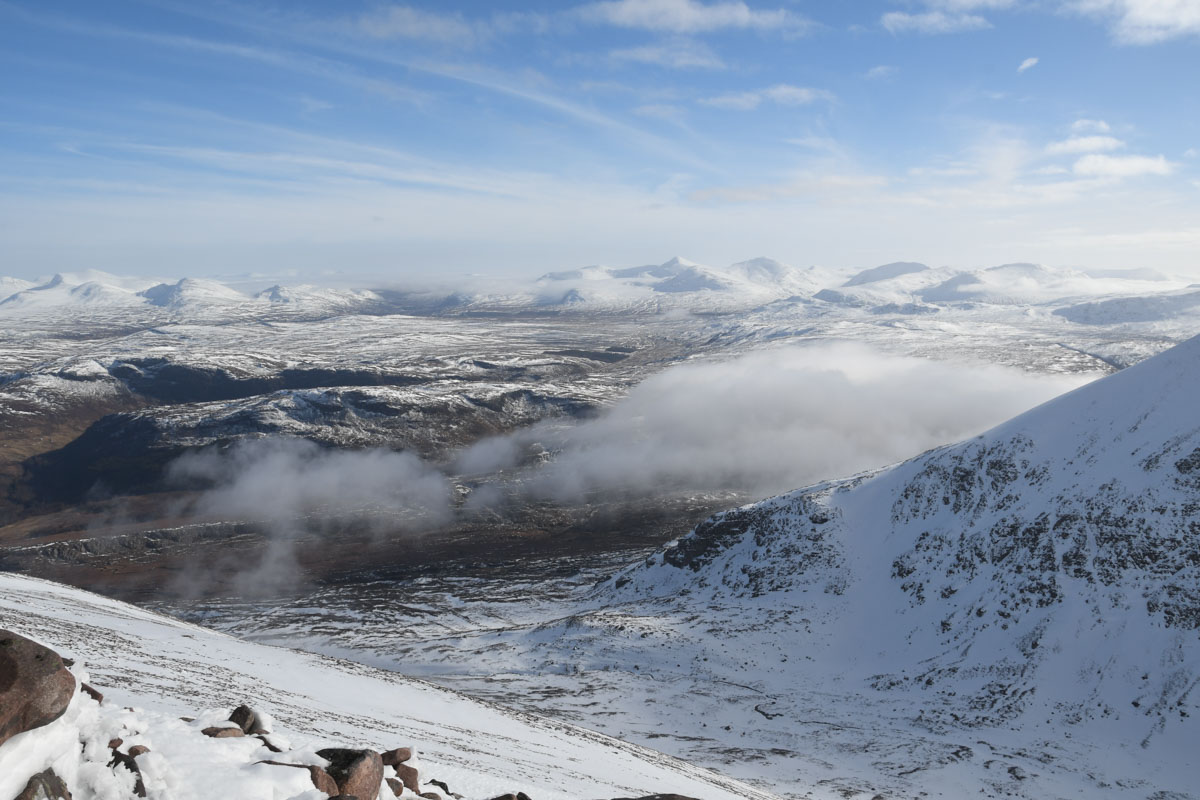 A little streamer of mist played with Bidean a Ghlas Thuill. 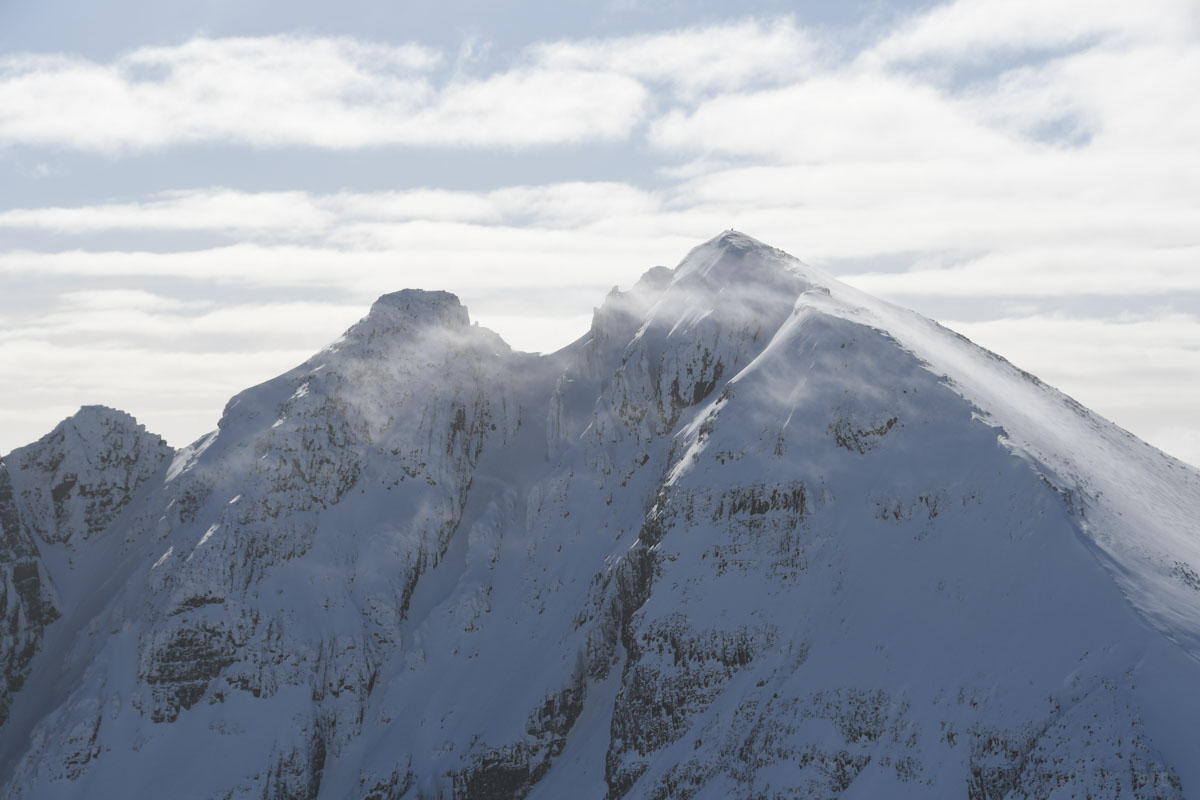 Sat and had lunch on Glas Mheall Mor – the skies were clearing to complete blue and the sun was warm. What a lovely day. 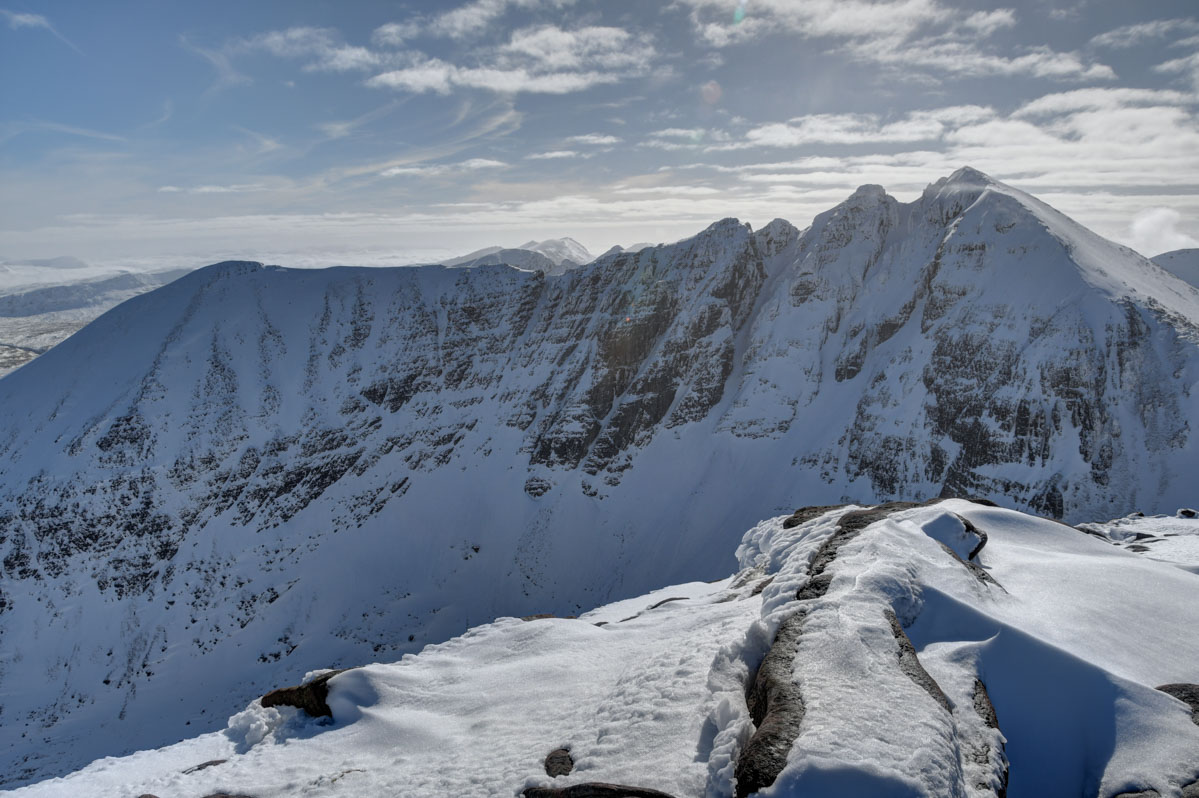 We noticed that the wind direction had reversed to a northerly, and despite blue skies there were tendrils of mist forming on some tops. Didn’t think too much about it. 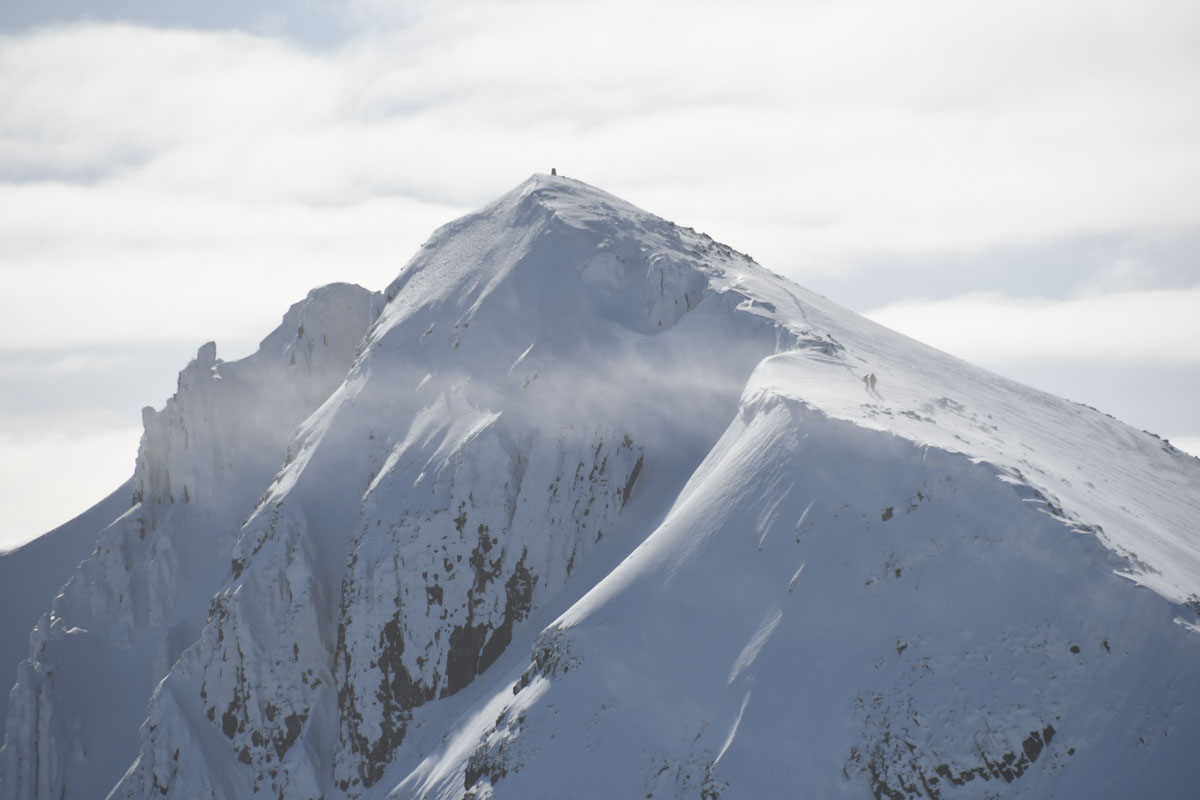 ….and then the day changed. The top clagged in properly, albeit with the sun disc just visible and its warmth still palpable. 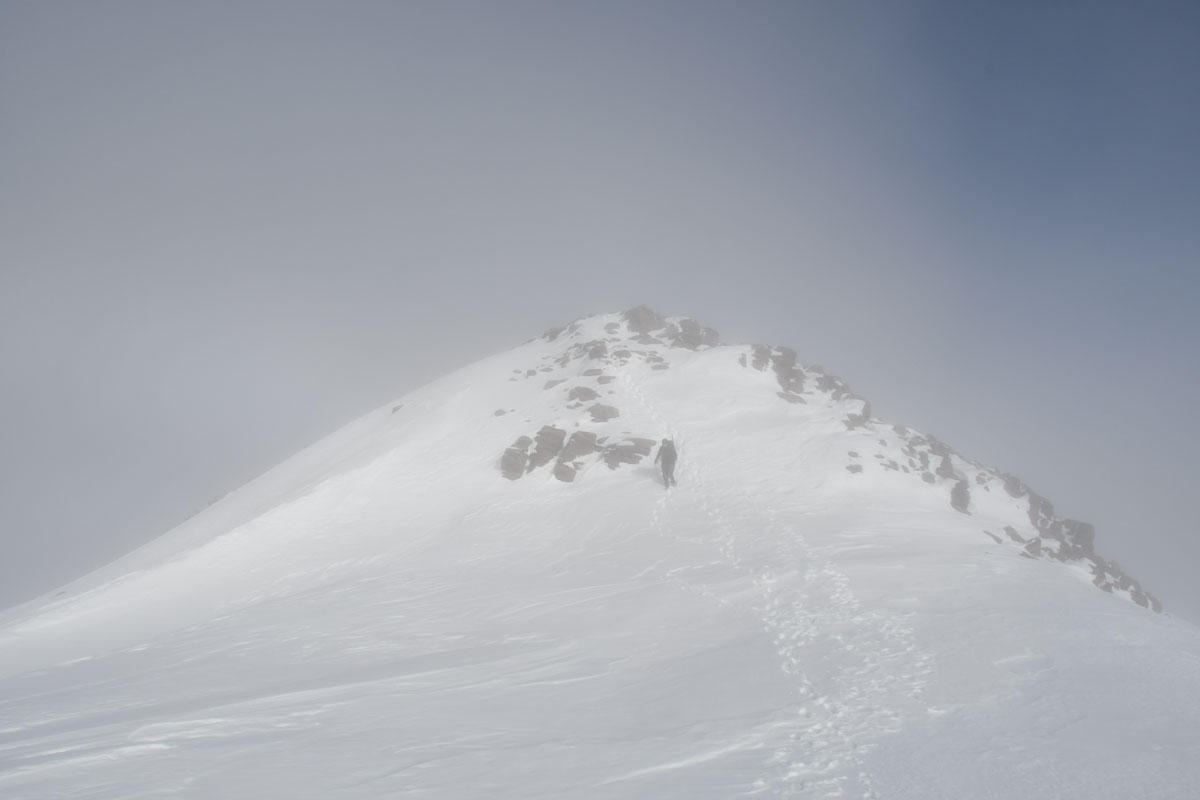 We hoped it would clear but it didn’t. Decided to head down at this point, Bidean a Ghlas Thuill’s ascent looked a little steep for us as decidedly non-winter hillwalkers.

It cooled substantially as we dropped, presumably a temperature inversion. The wind also picked up a bit. 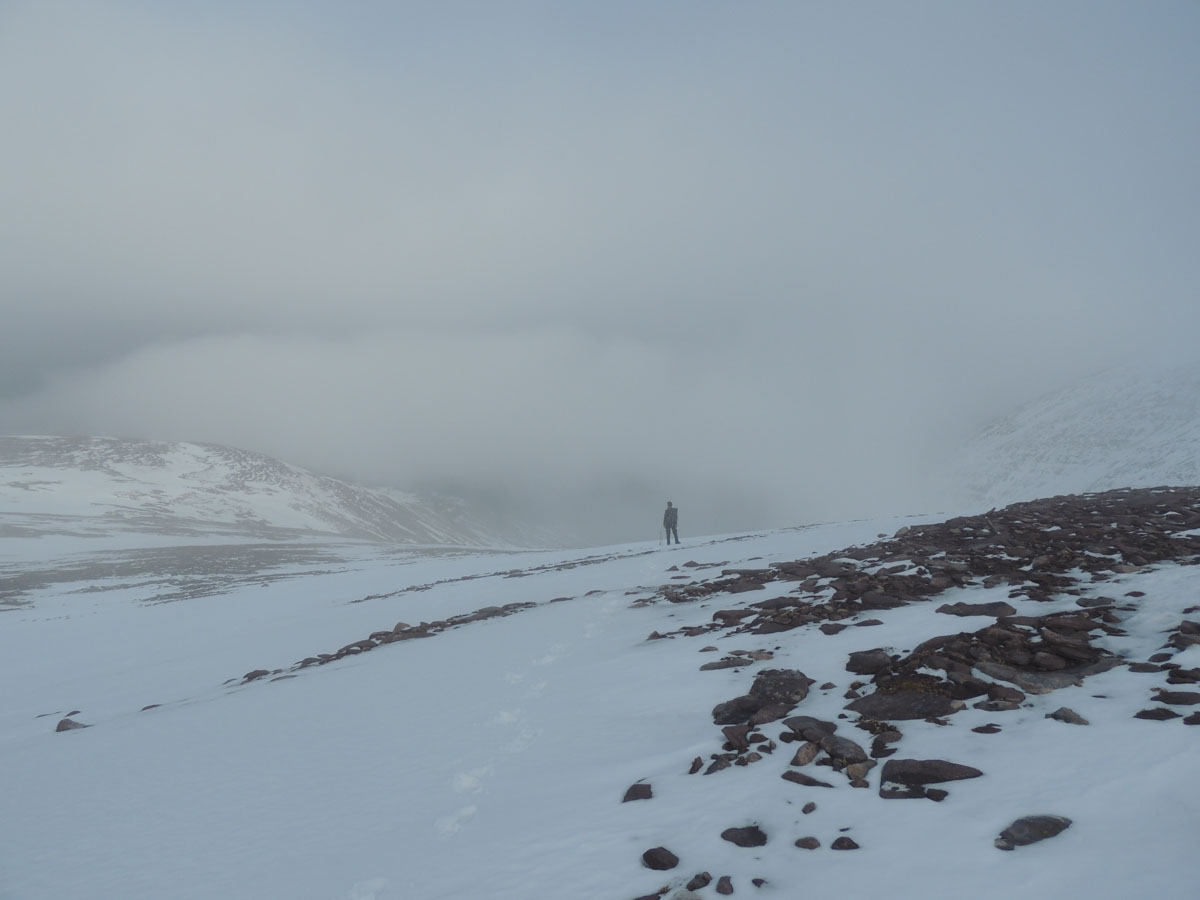 Reversed route without much ado – could more or less follow our own tracks home. Eventually descended below the mist into a cool, grey day. 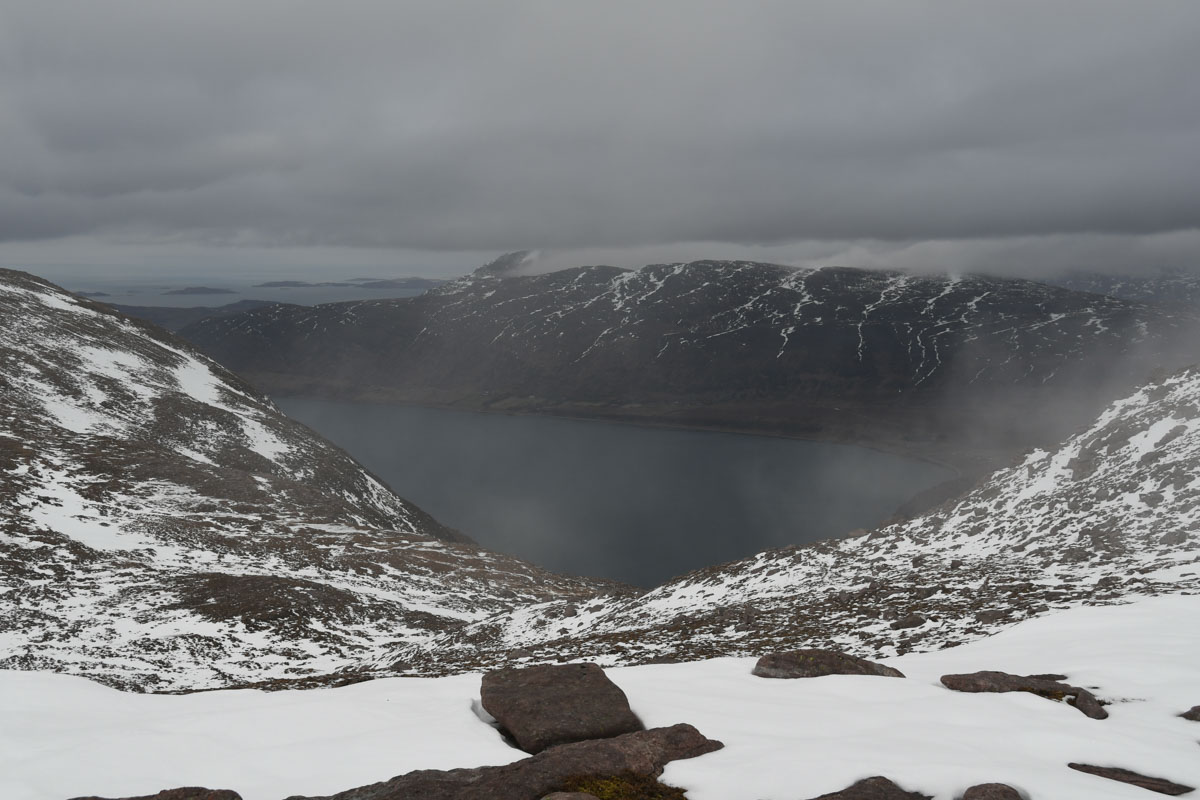 The skies were clearing again as we reached Dundonnell. A cracking hill, once again not very well planned angles for taking photos, but nice to get a clear view of some of the more dramatic parts of the mountain.

Still need to do it justice one of these days.