Another sunny day in Lochinver. We’d been on Quinag earlier in the week and had eyeballed a potential loop around the Corbett Glas Bheinn and the adjoining Cnoc na Creige.

Parked at NC 238 284, a parking area for a few cars. Took the path east around 800m towards Loch na Ghainmhich then turned south up steep ground to ascend the NW spur of Glas Bheinn.

Height and views are quickly gained. 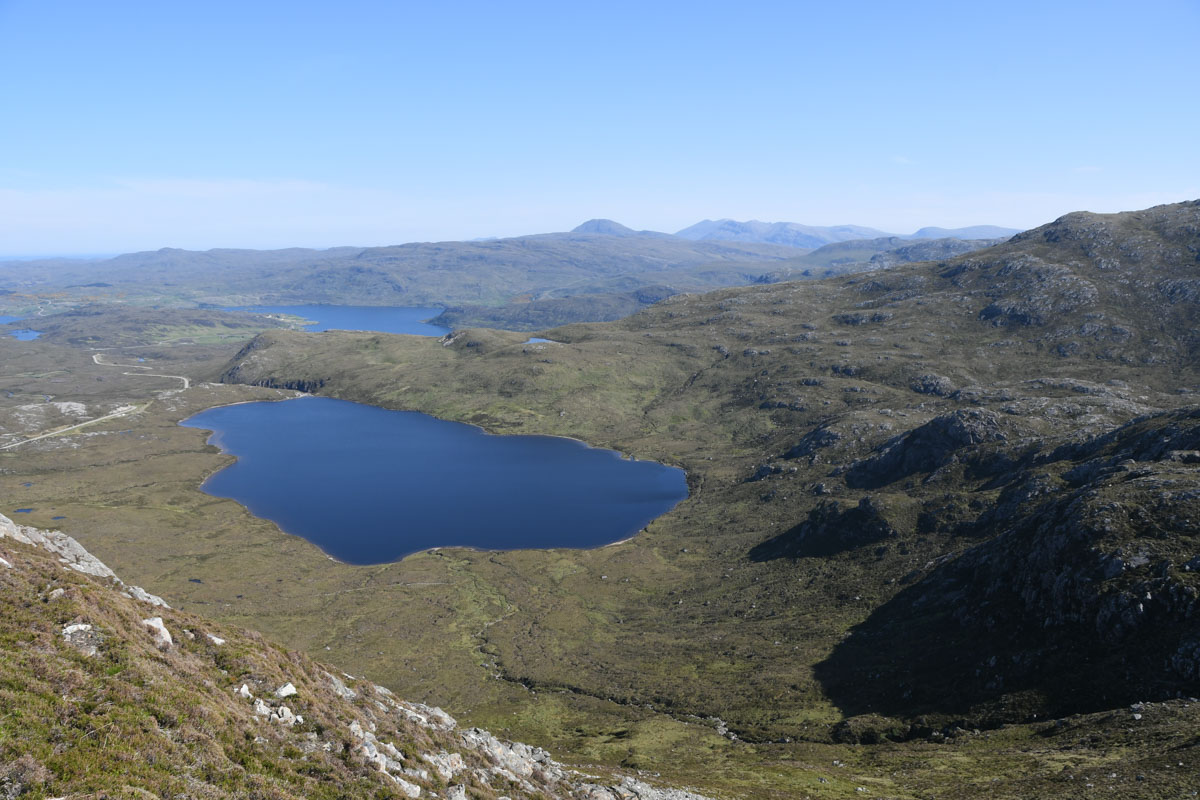 Once up on the NW spur of Glas Bheinn there are good views of Quinag: 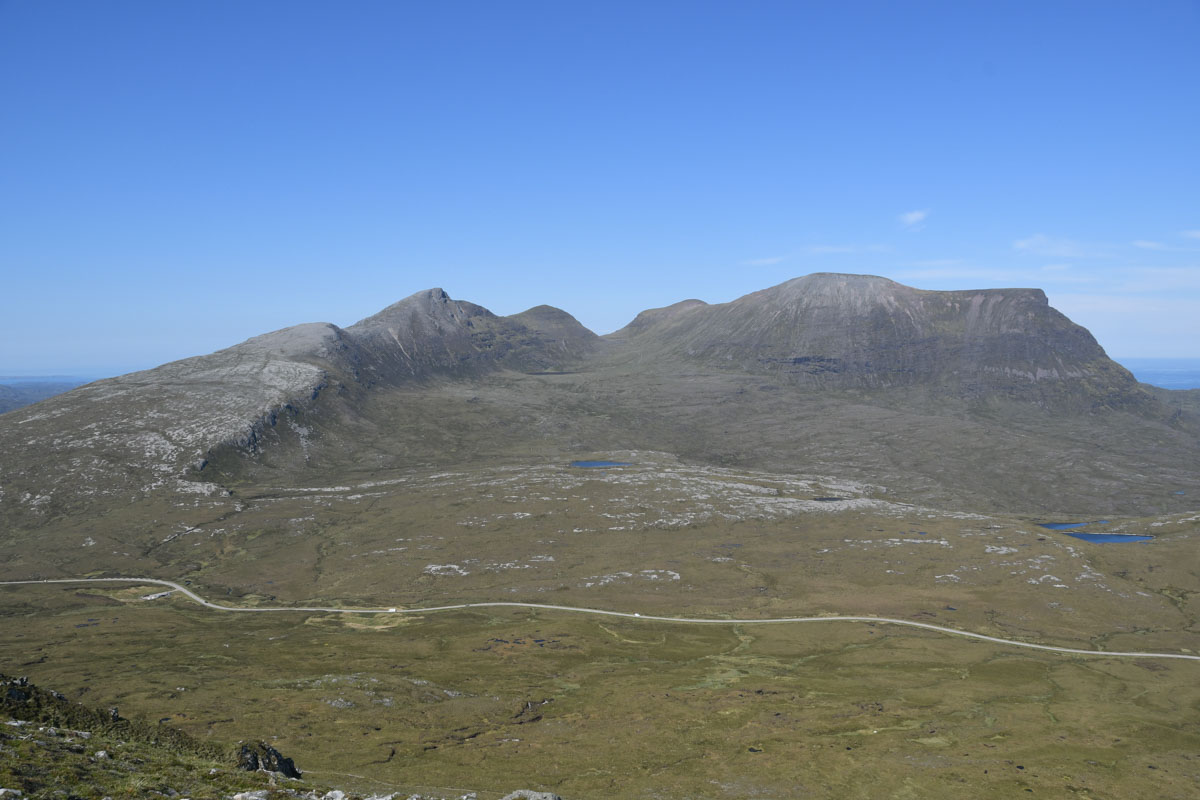 There is also now an obvious walkers route/path/erosion up the west side of this arm.

Views also open up SW to the Assynt hills: 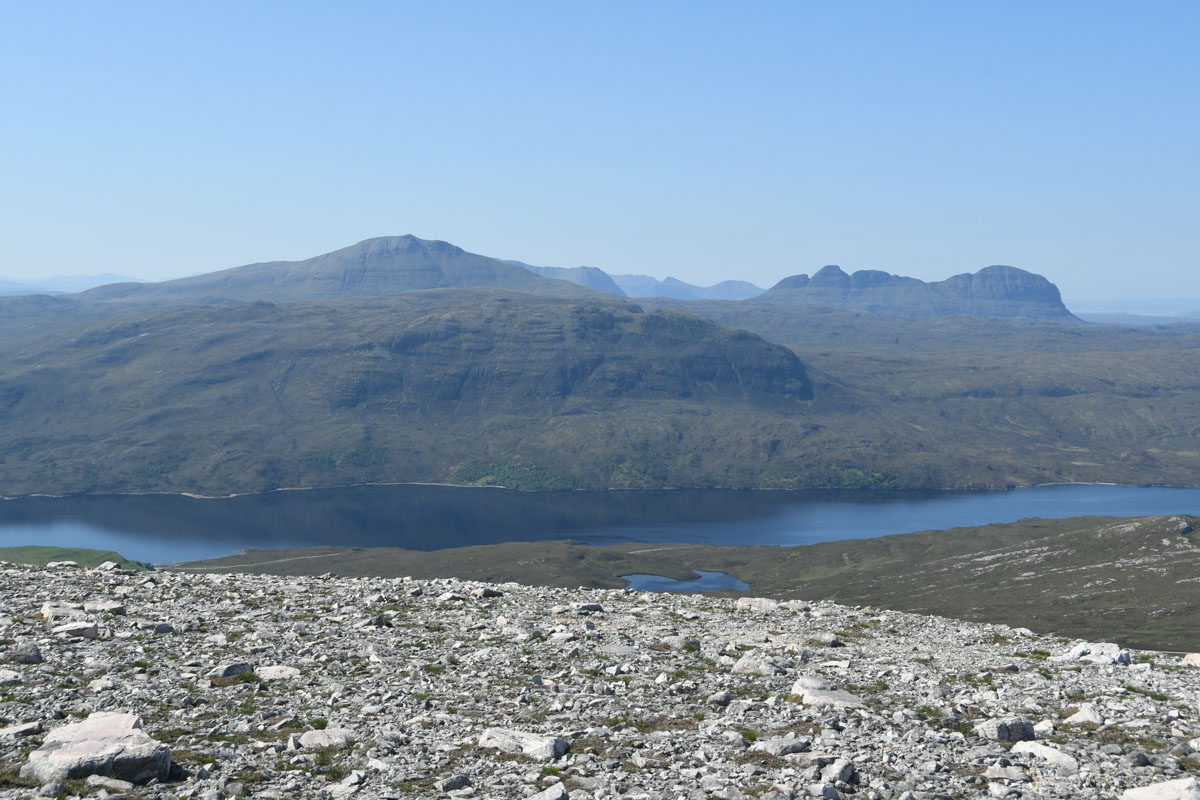 It’s a slightly rocky, but easy ridge up to the summit of Glas Bheinn. 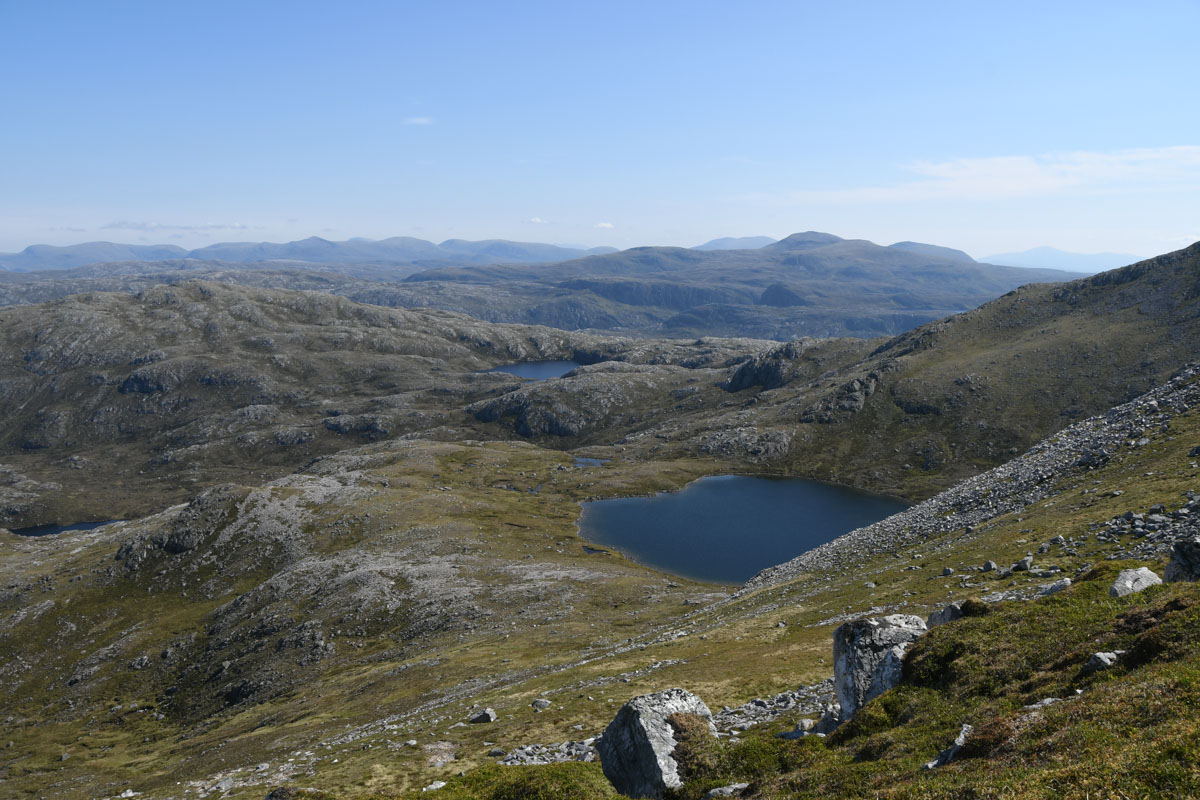 Just to the north of the summit there’s a great view down to Loch a Choire Dheirg and the route of ascent: 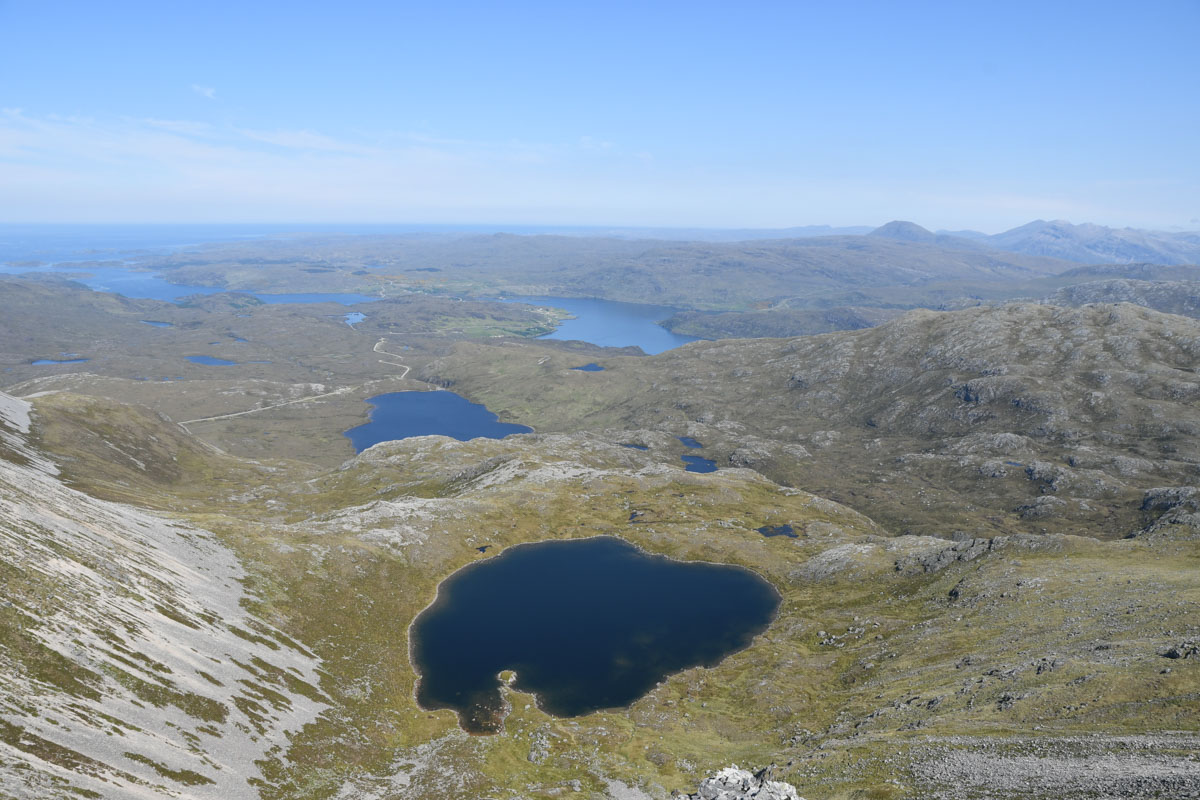 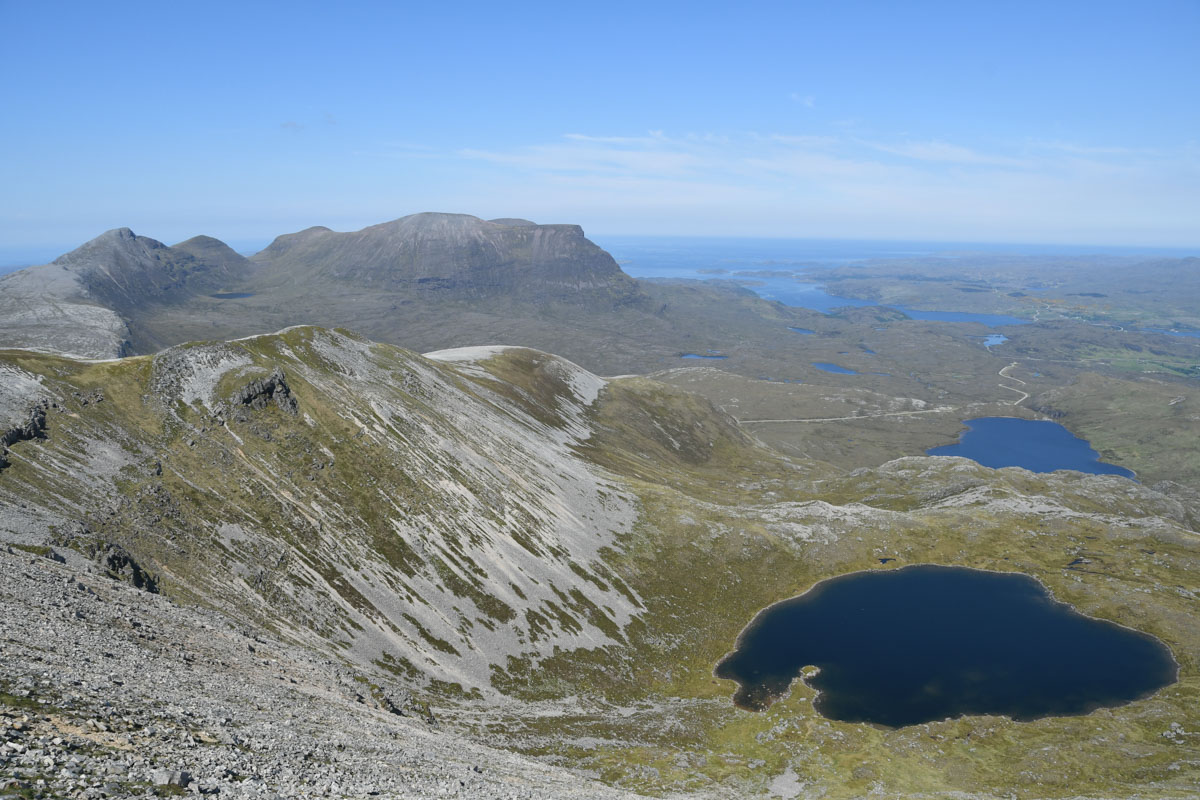 Crossed the summit and carried on SE across the plateau to get better views to Assynt: 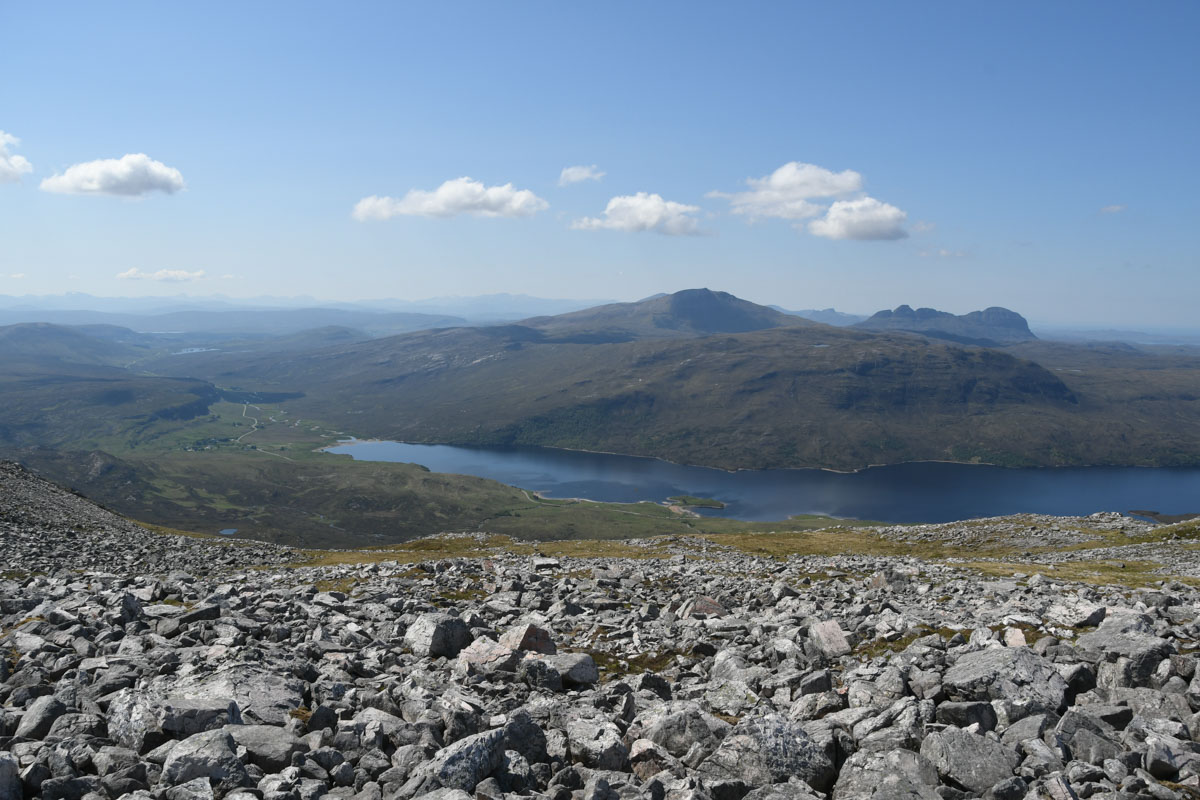 We headed towards the descent to the bealach with Beinn Uidhe.

North towards Ben Stack and Arkle: 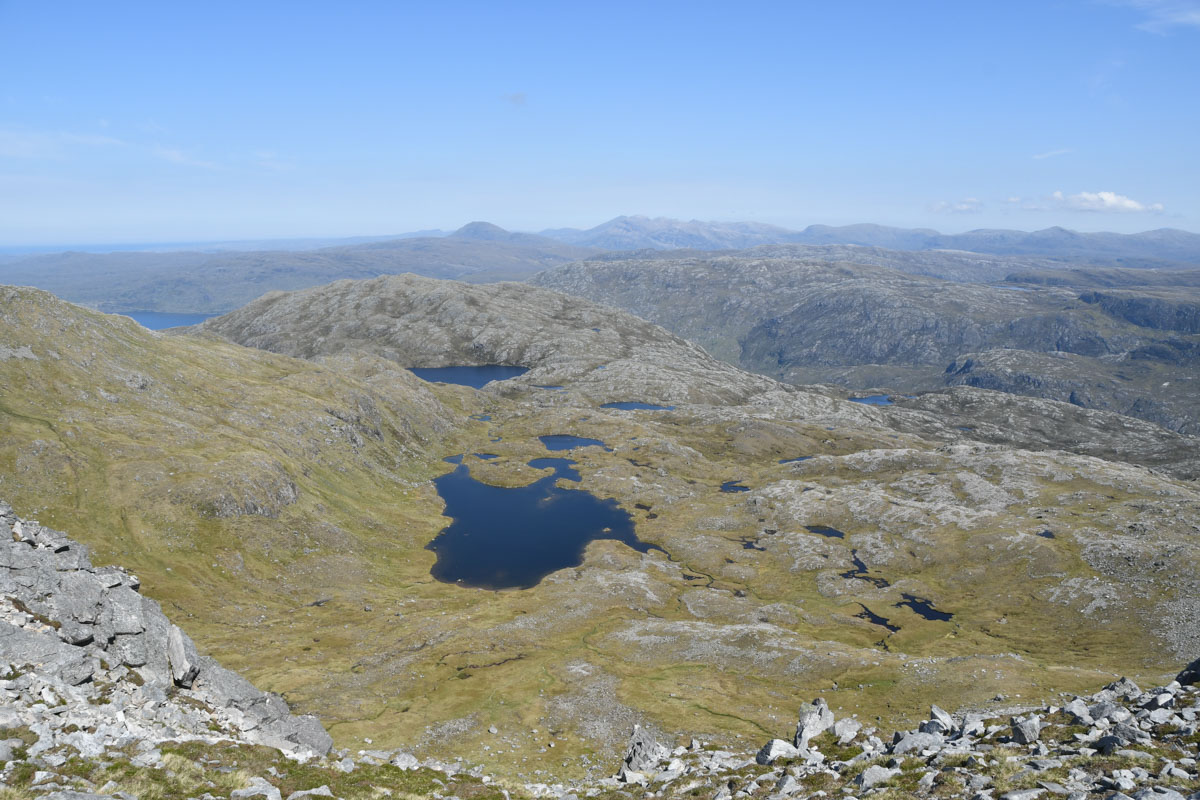 SE along Beinn Uidhe to Ben More Assynt and Conival: 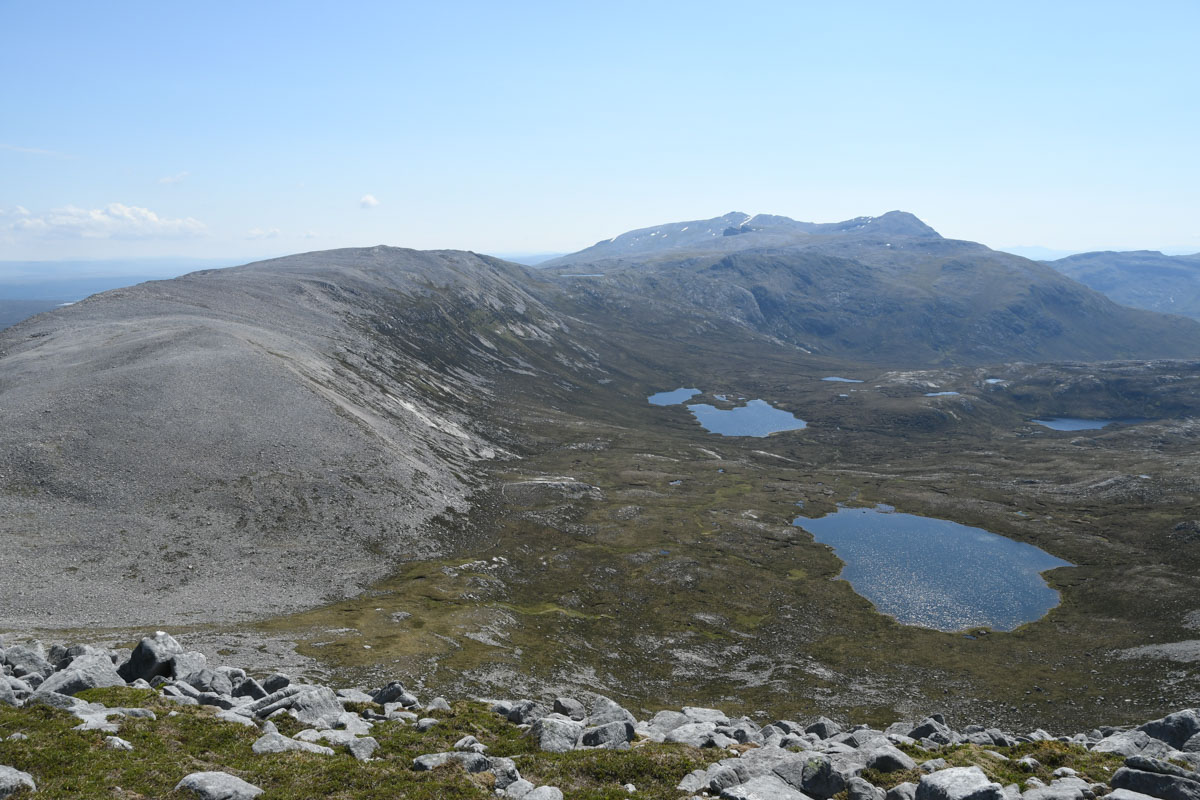 Dropped down to the bealach – a stalkers path runs from Inchnadamh across this bealach down into the complex terrain on the north side.

View from bealach towards Stack of Glecoul and Beinn Leoid: 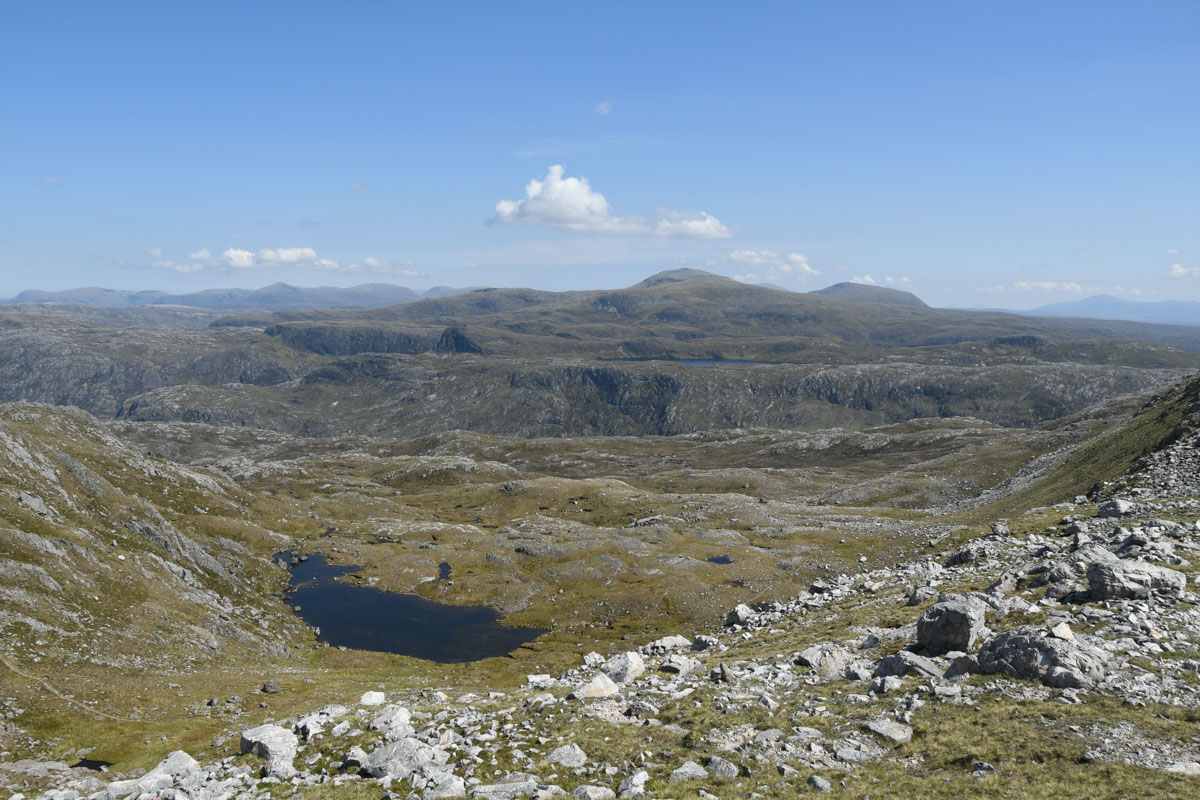 It’s a quality path down – we stopped to look at the pond life in a number of pools: 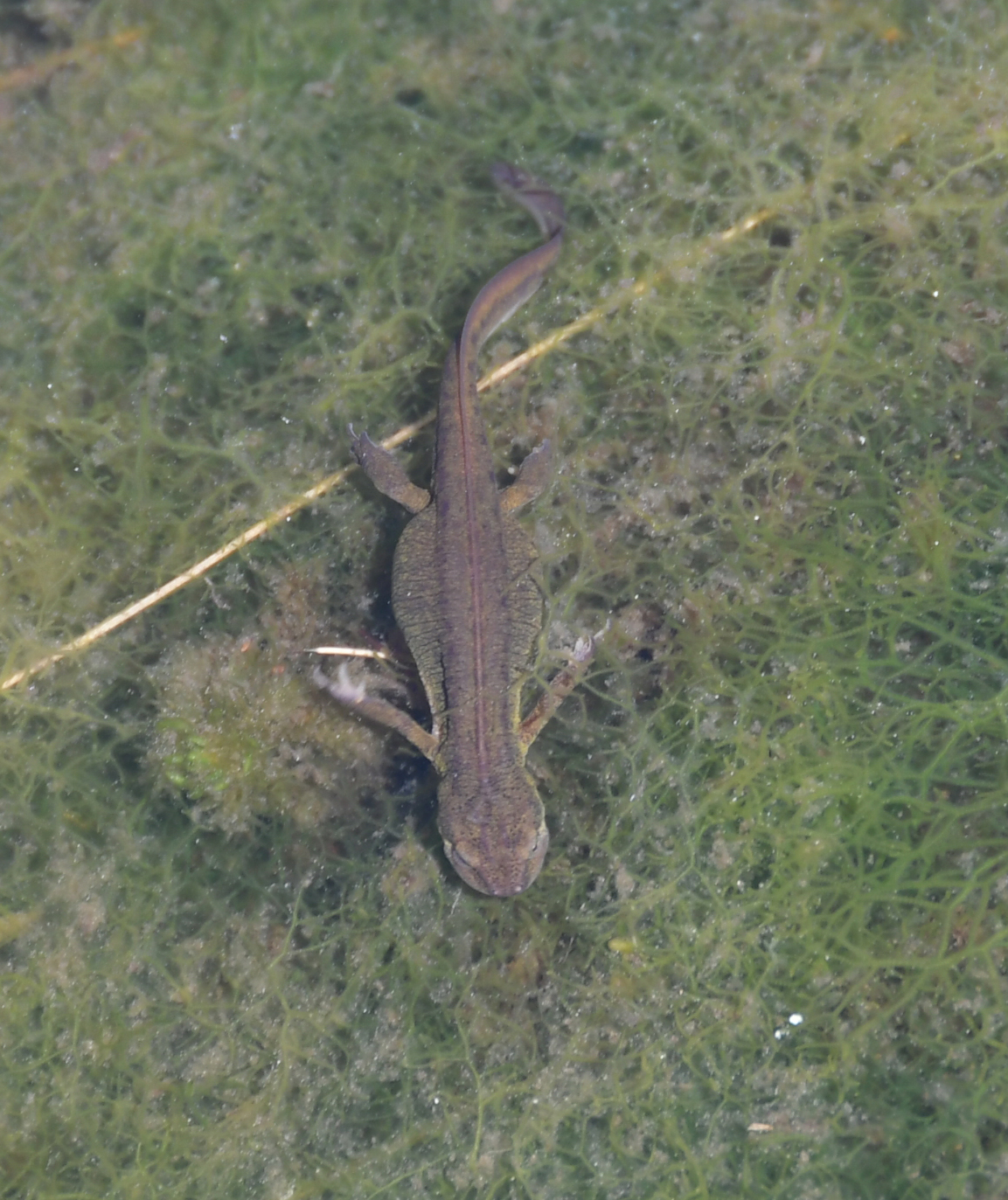 Stopped and had lunch at a lovely wee lochan – views across to Stack of Glencoul: 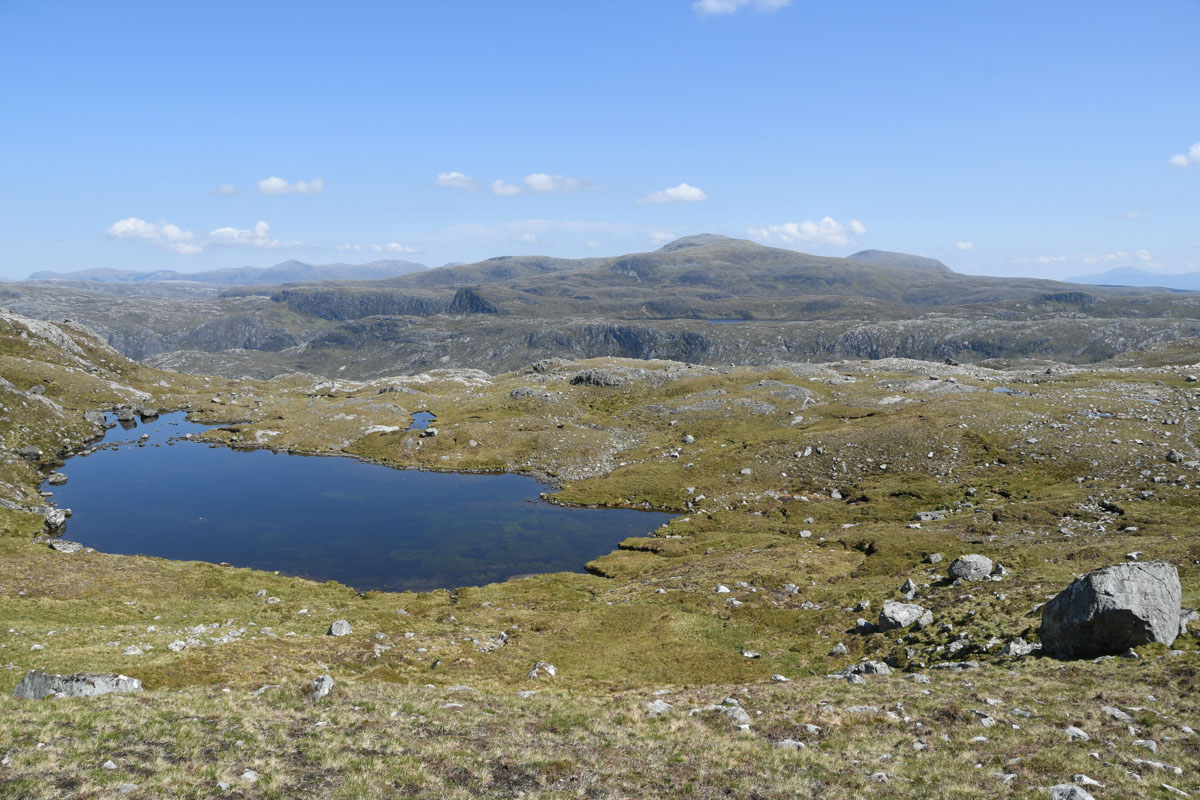 We then followed the path downhill ENE to NC279 270 where it splits, taking the northern arm towards Eas a Chuil Aluinn.

Back up to Glas Bheinn: 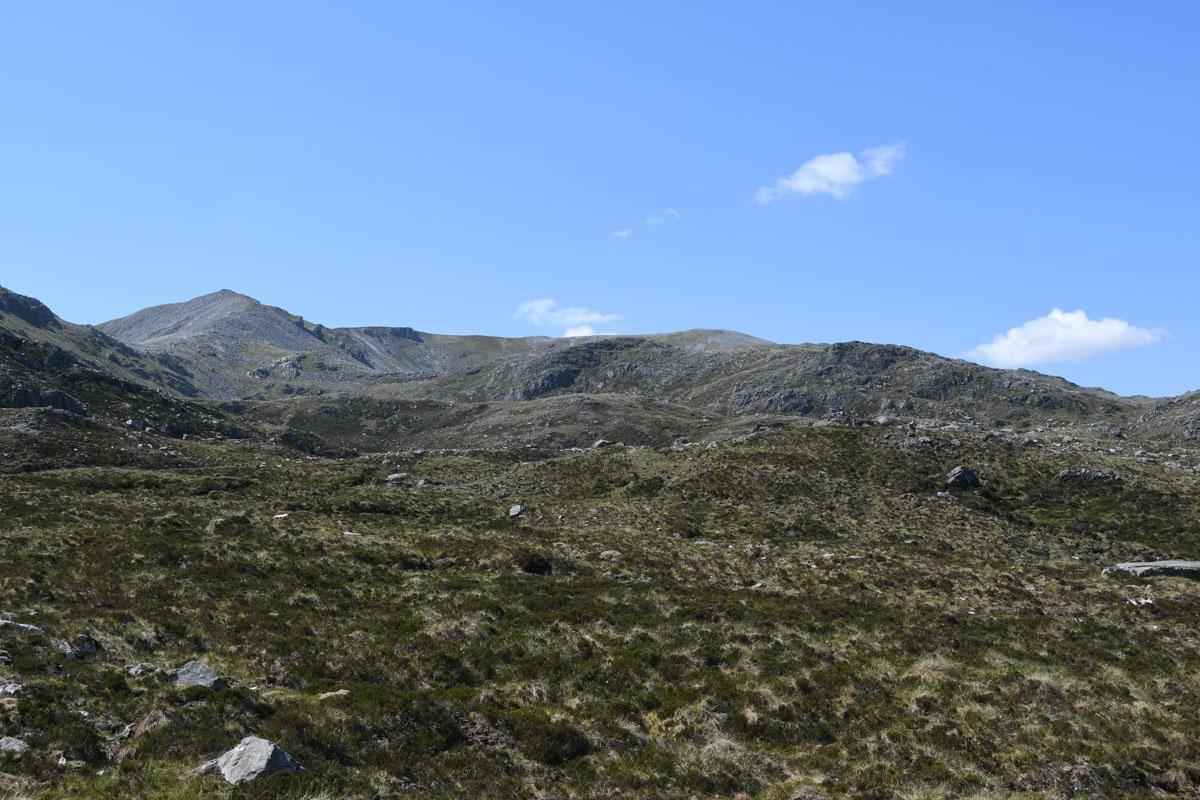 Across to Stack of Glencoul: 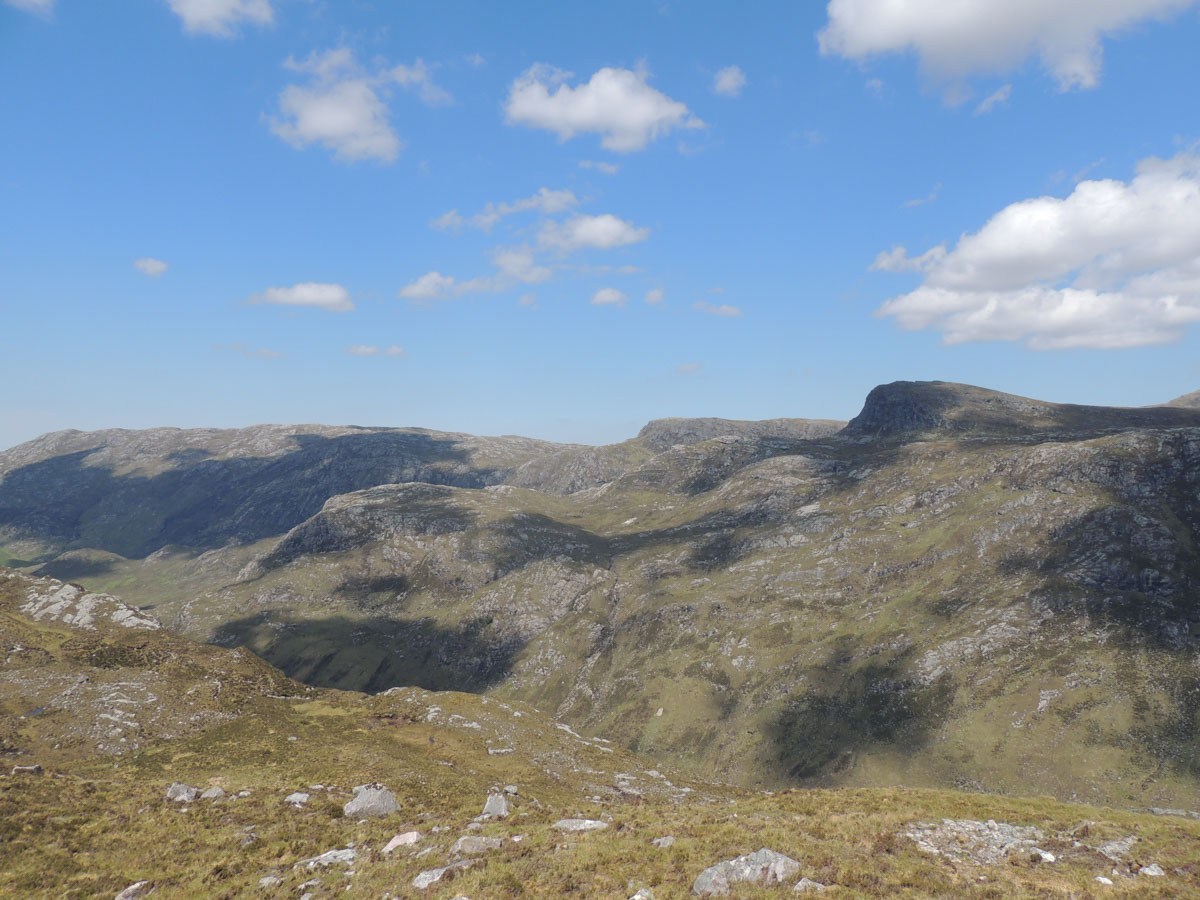 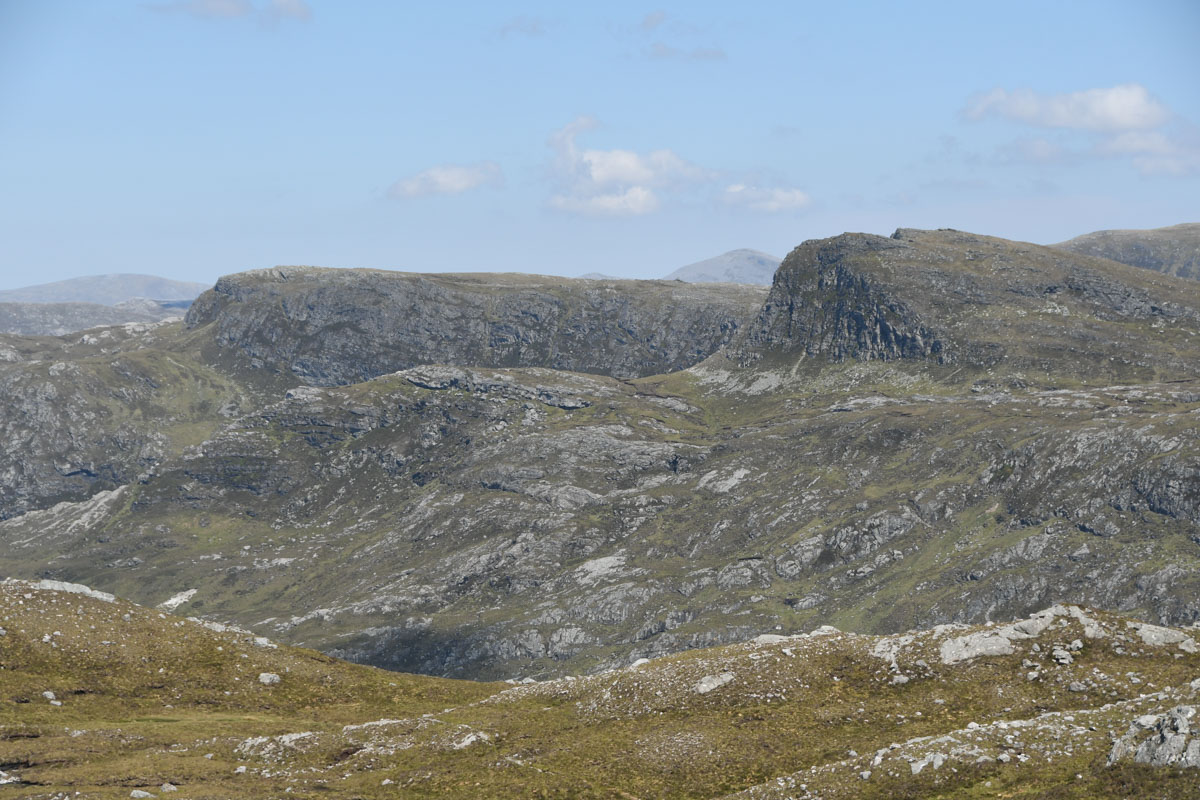 We didn’t go down to the waterfall itself, the views from the top of the waterfall is limited. Headed uphill to the bealach between Glas Bhen and Cnoc na Creige.

Loch Bealach a Bhuirich from the bealach: 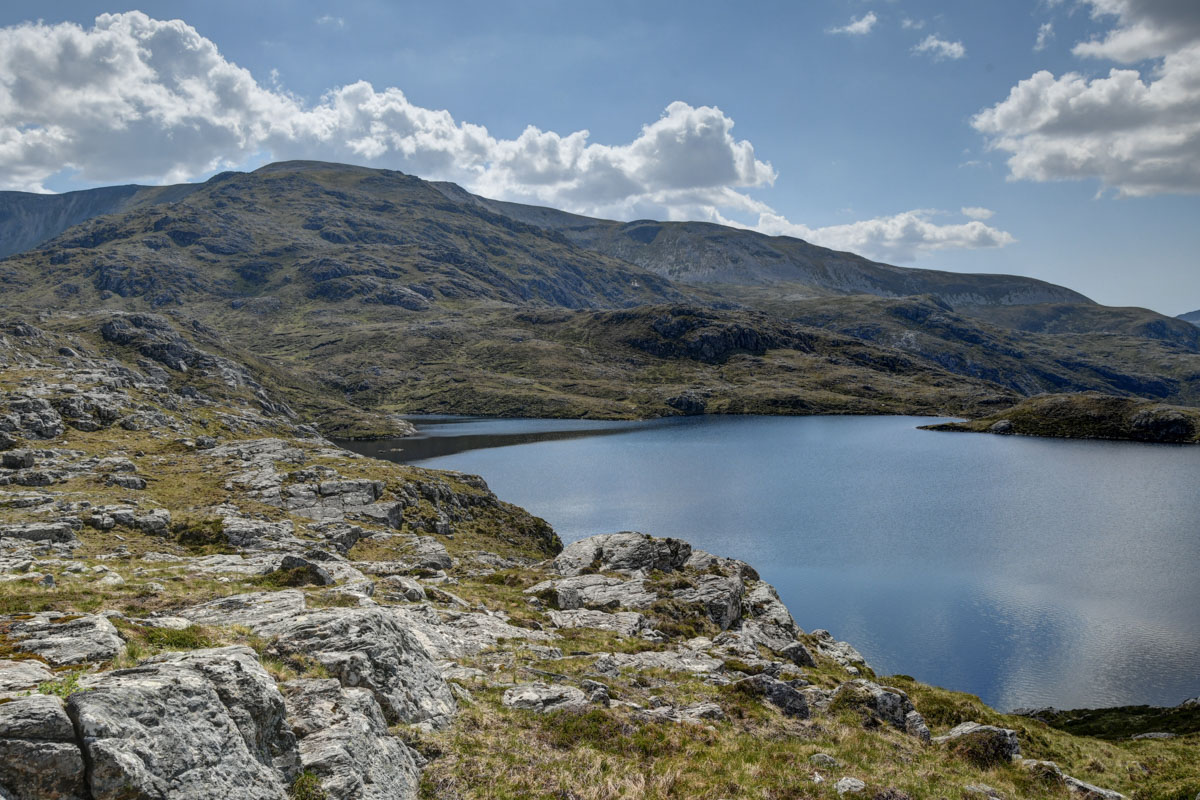 Headed straight up Cnoc na Creige. Nice views back to the loch and Glas Bheinn: 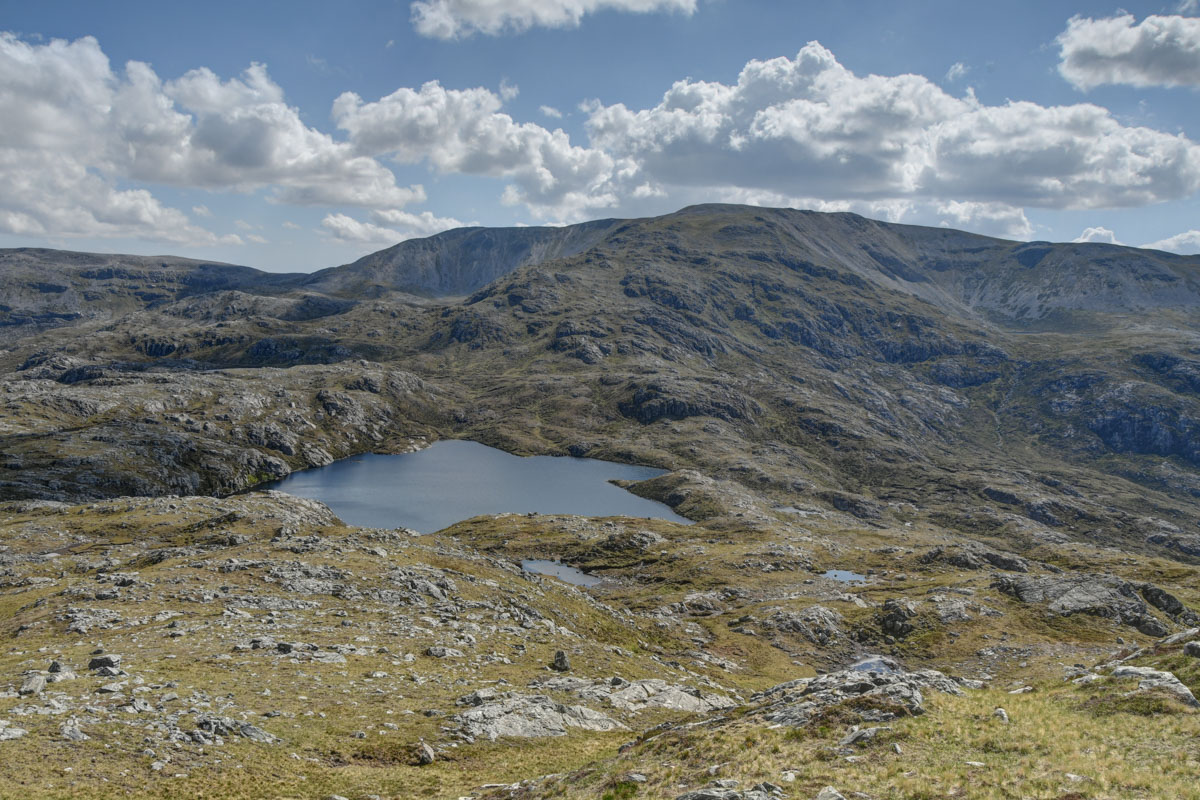 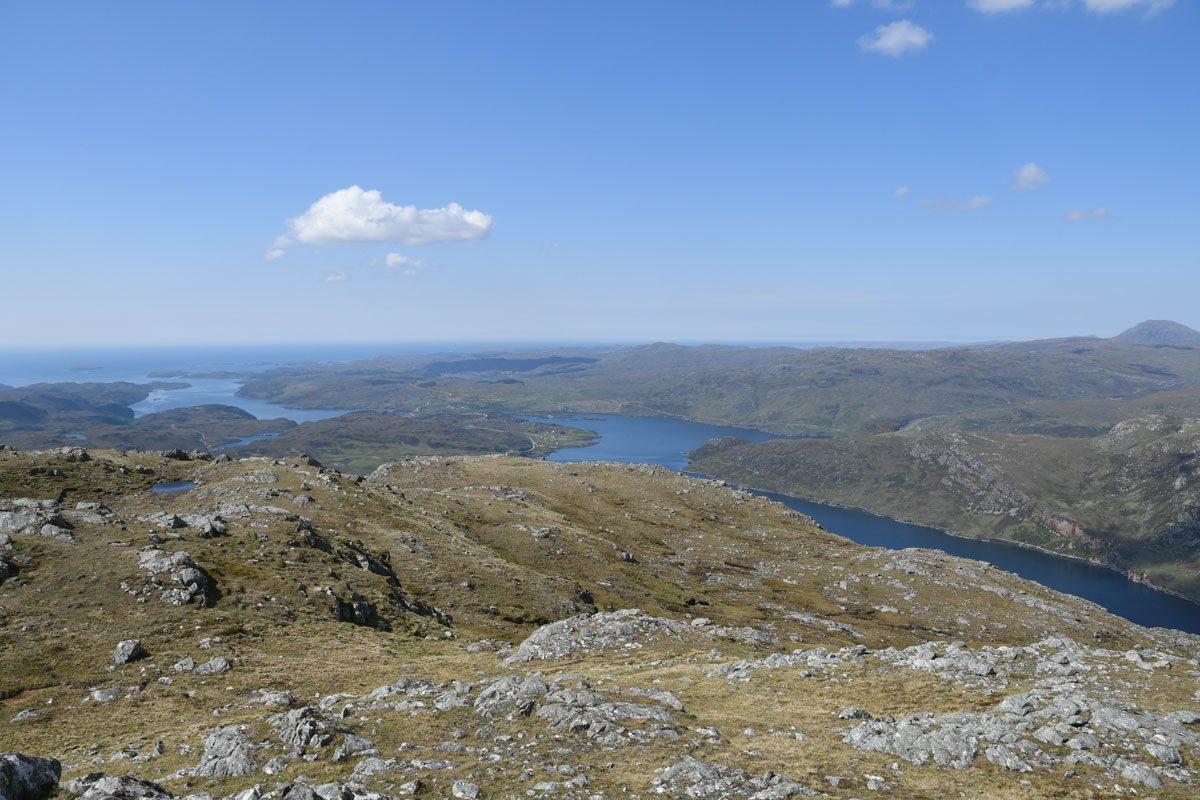 ….and a lovely view of Quinag: 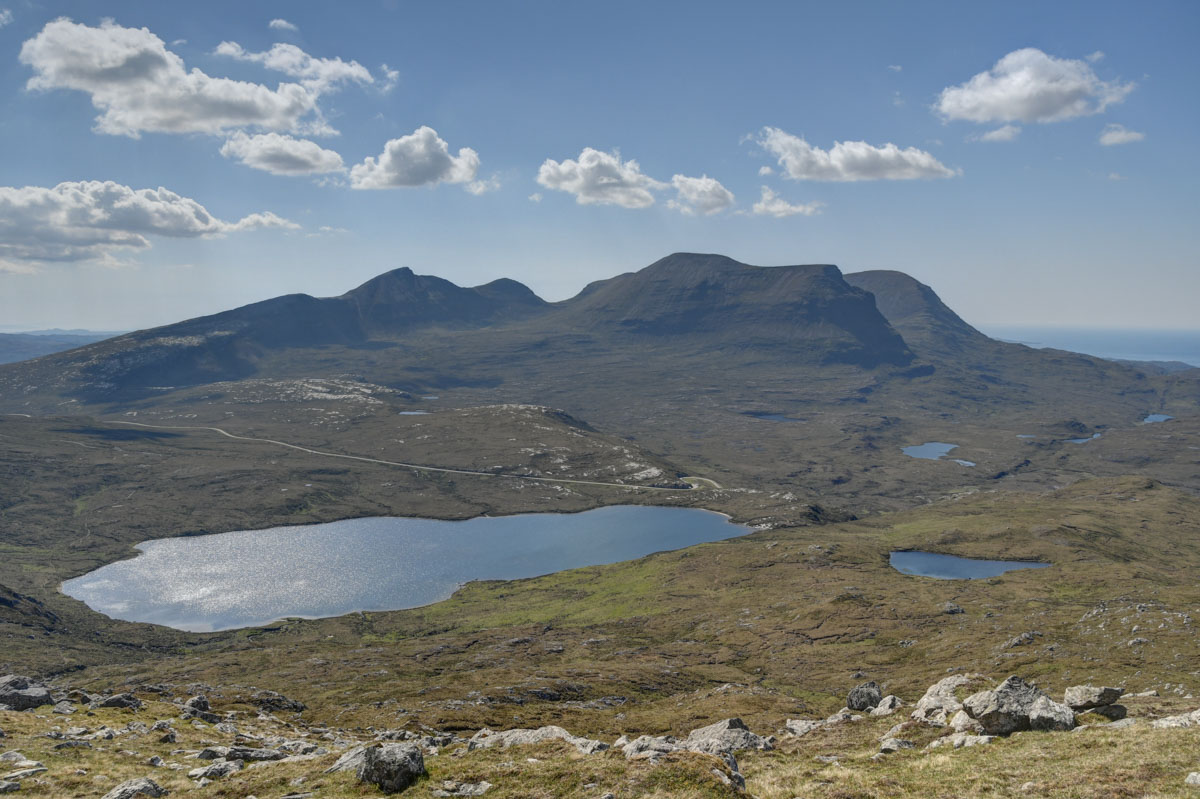 Headed downhill and back to the car – Loch Ghainmhich and Glas Bheinn: 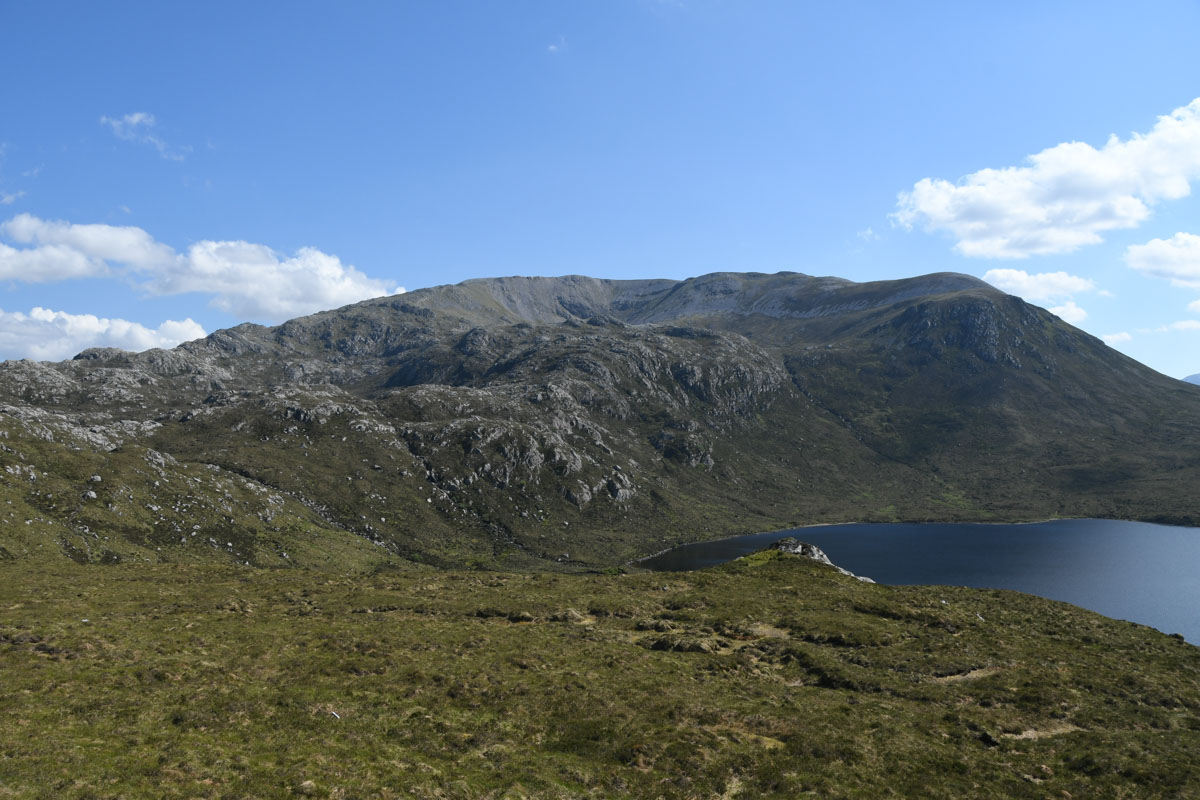 Didn’t take too long to get down to the loch. Disturbed a sandpiper off its nest as we headed back: 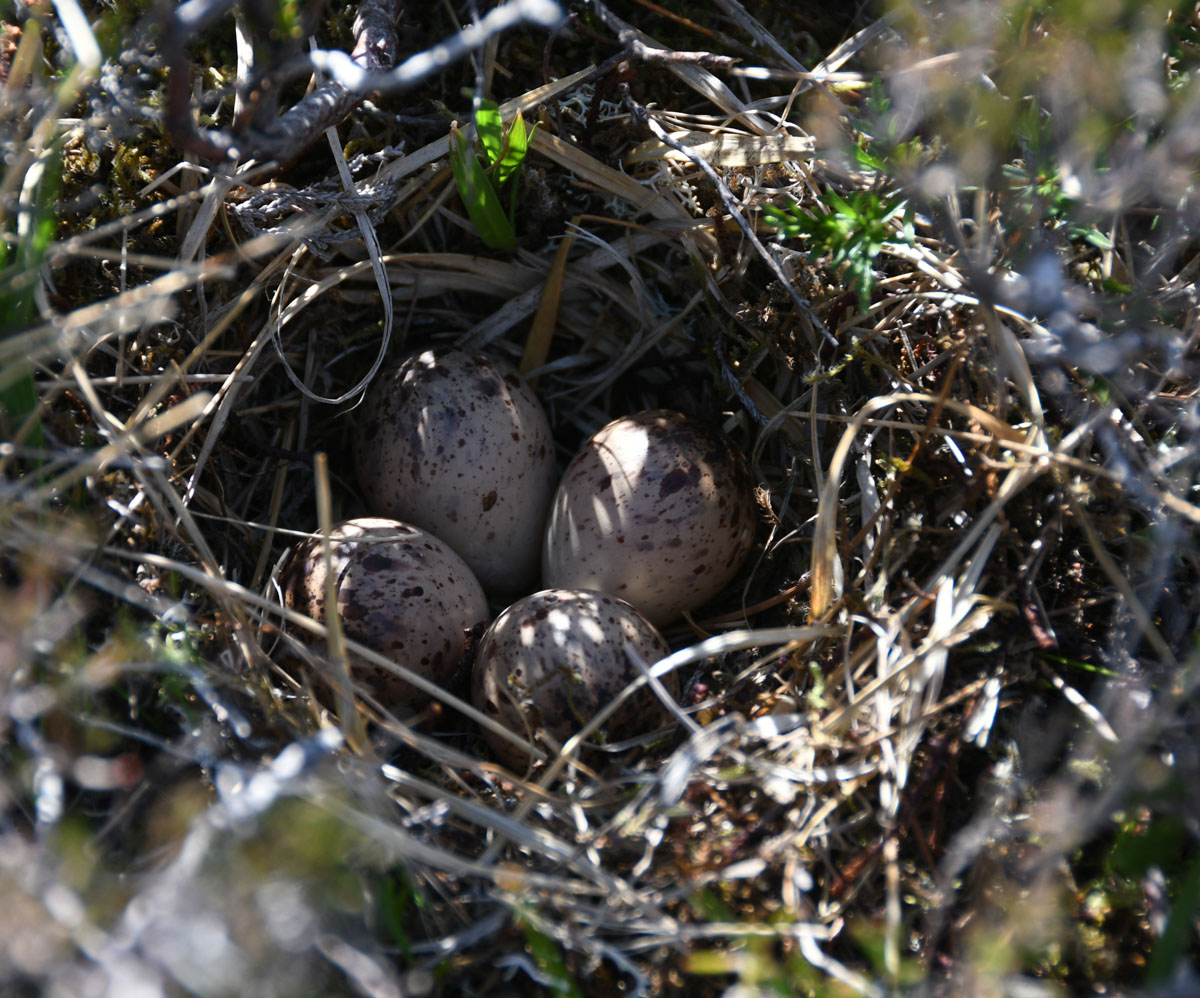 A cracking wee loop – great terrain and the stalkers path network in the remote ground north of Glas Bheinn is well worth a wander.